For most guests, a visit to the Walt Disney World resort is not complete unless they have spent some time shopping for goodies to take home. With the 50th anniversary of Walt Disney World in full swing (the park opened October 1st 1971), there is lots of special merchandise available.

Although all four of the major parks (as well as Disney Springs) sell anniversary products, the largest selection is at the Magic Kingdom. The most choices in that park can be found at the Emporium on Main Street. 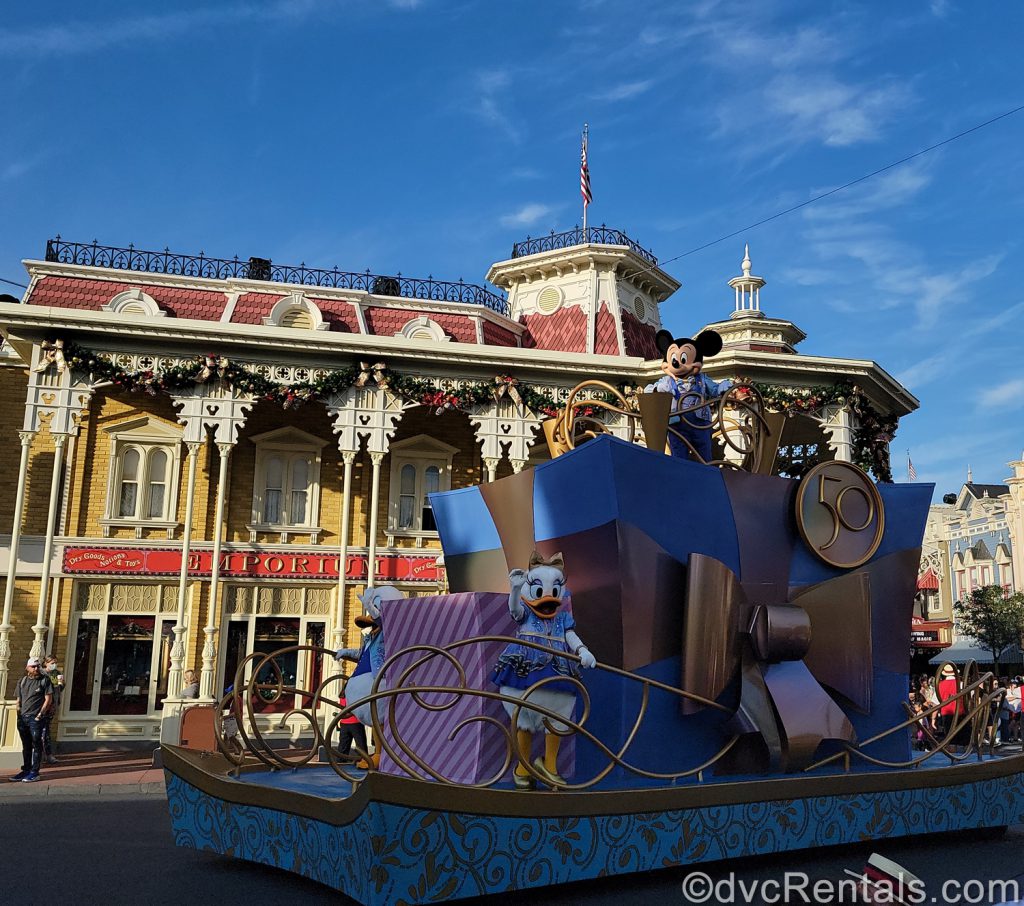 This blog showcases photos of the variety of 50th anniversary souvenirs found at the Emporium as of February 16th 2022. What is or isn’t in stock can change, but there are so many choices at the Emporium most guests will find themselves deciding how much to get; there are so many fun and interesting items for sale. I tried to include items that seem to be plentiful to avoid disappointment if you’re travelling to Walt Disney World soon. 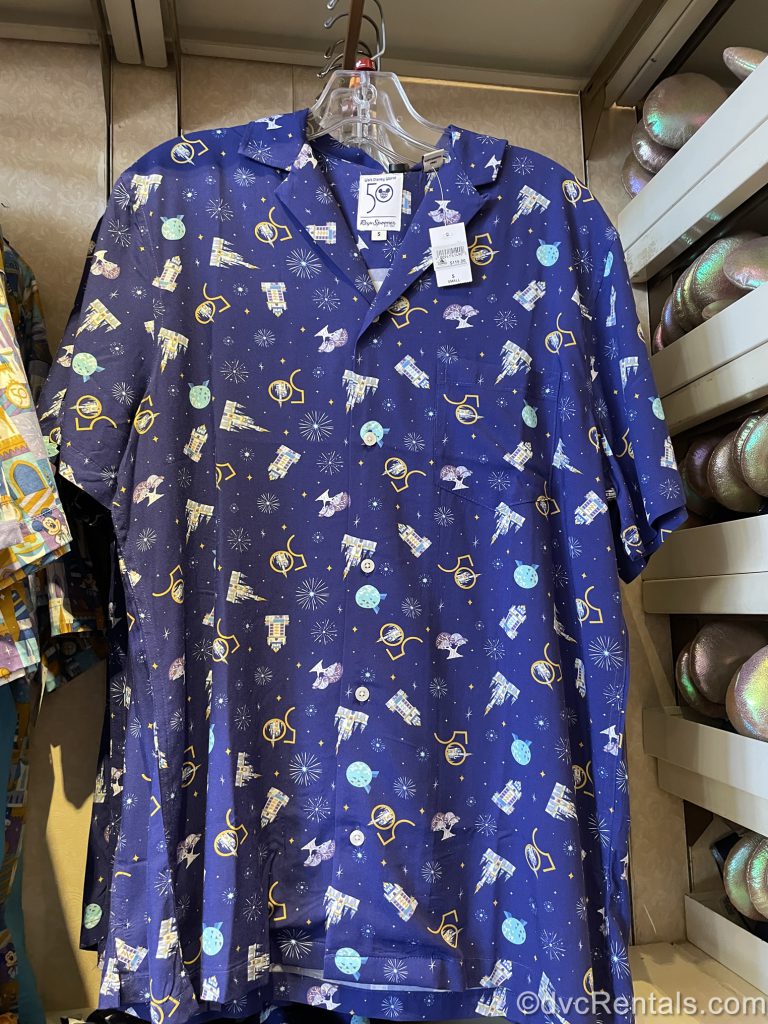 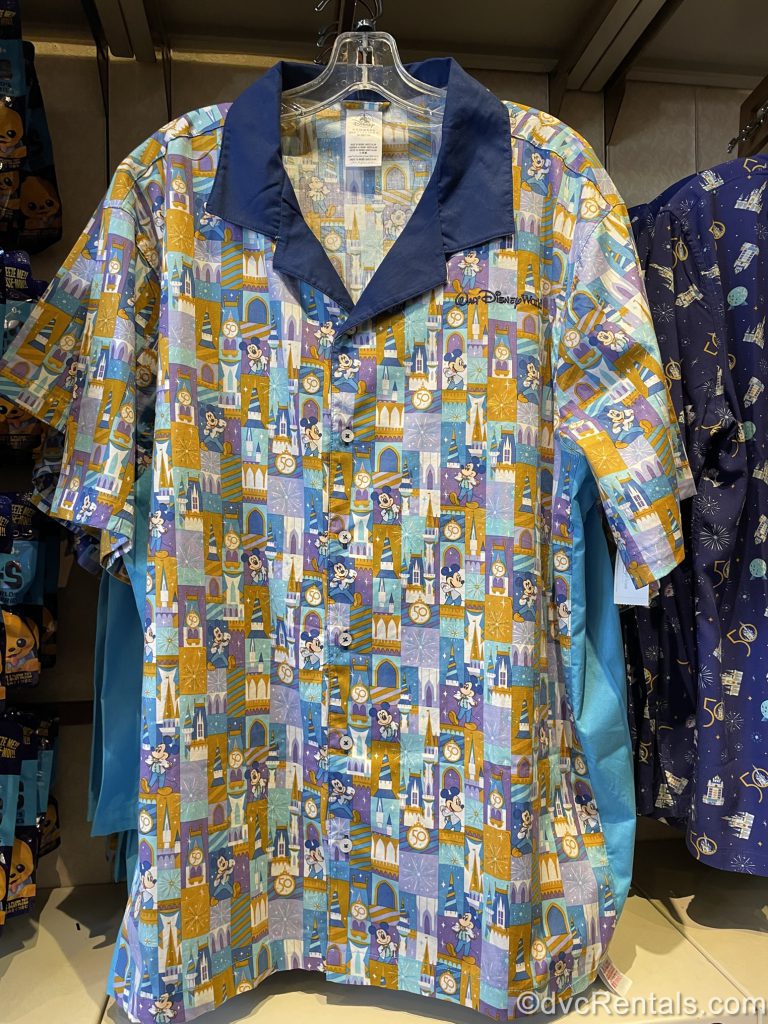 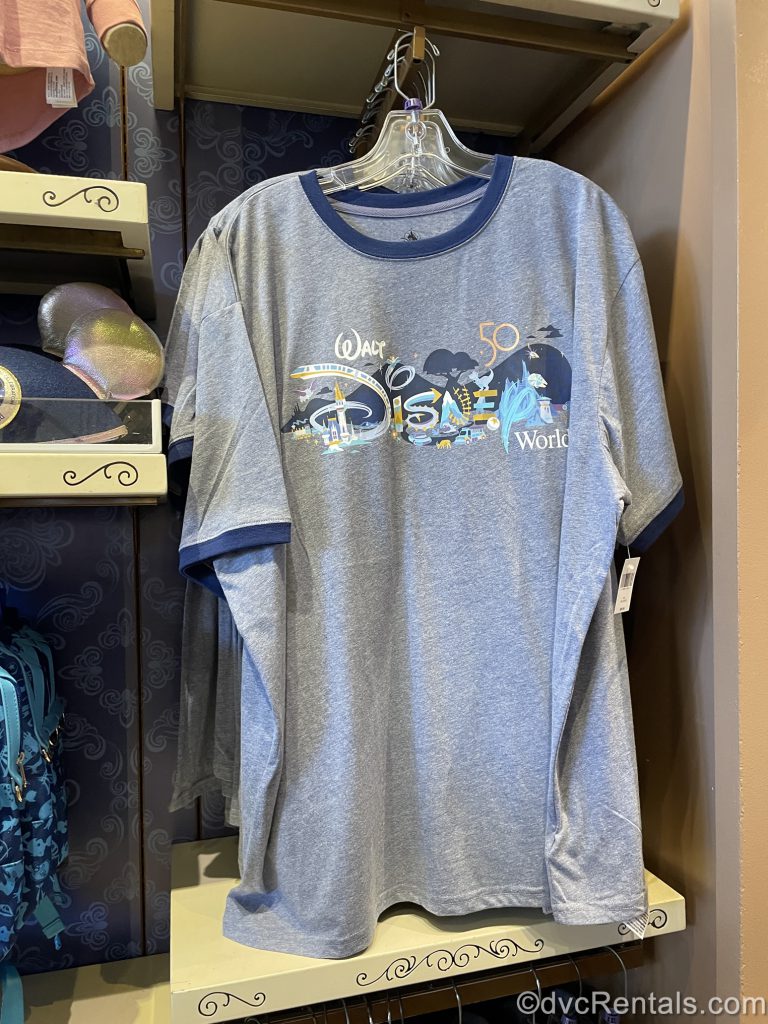 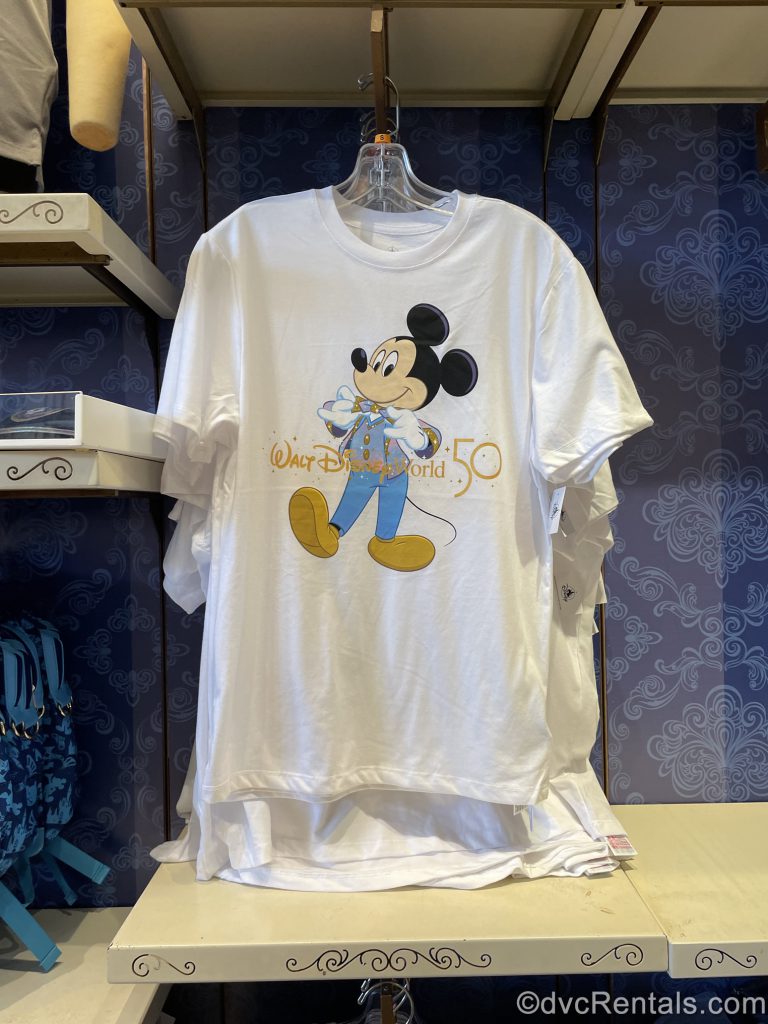 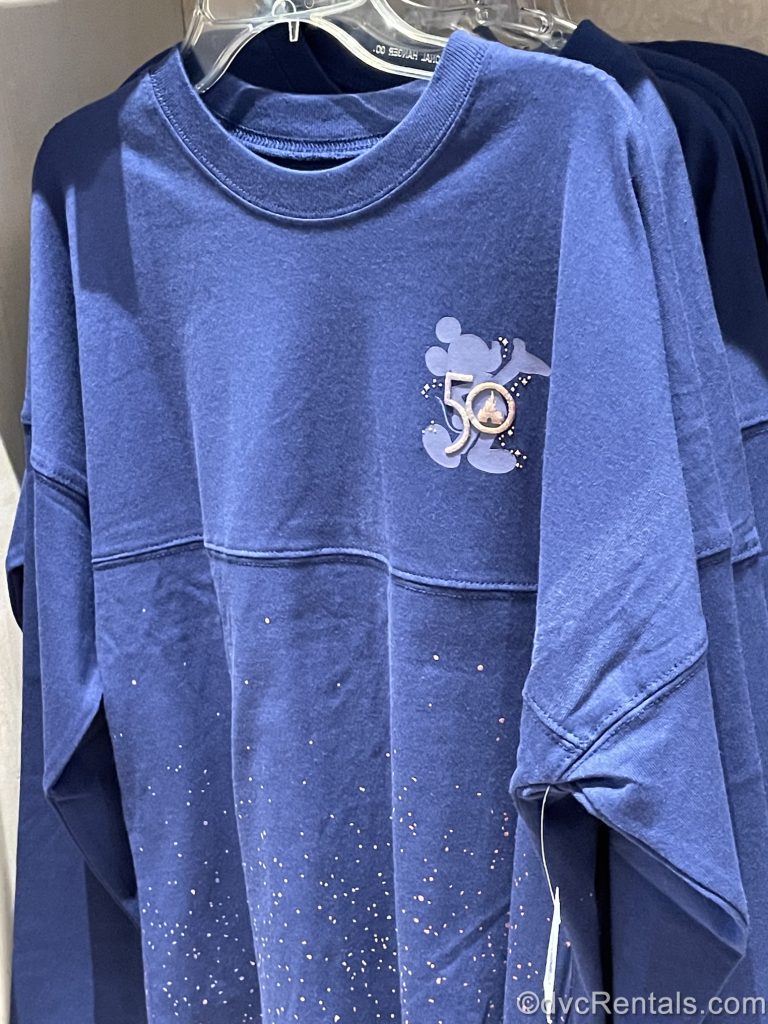 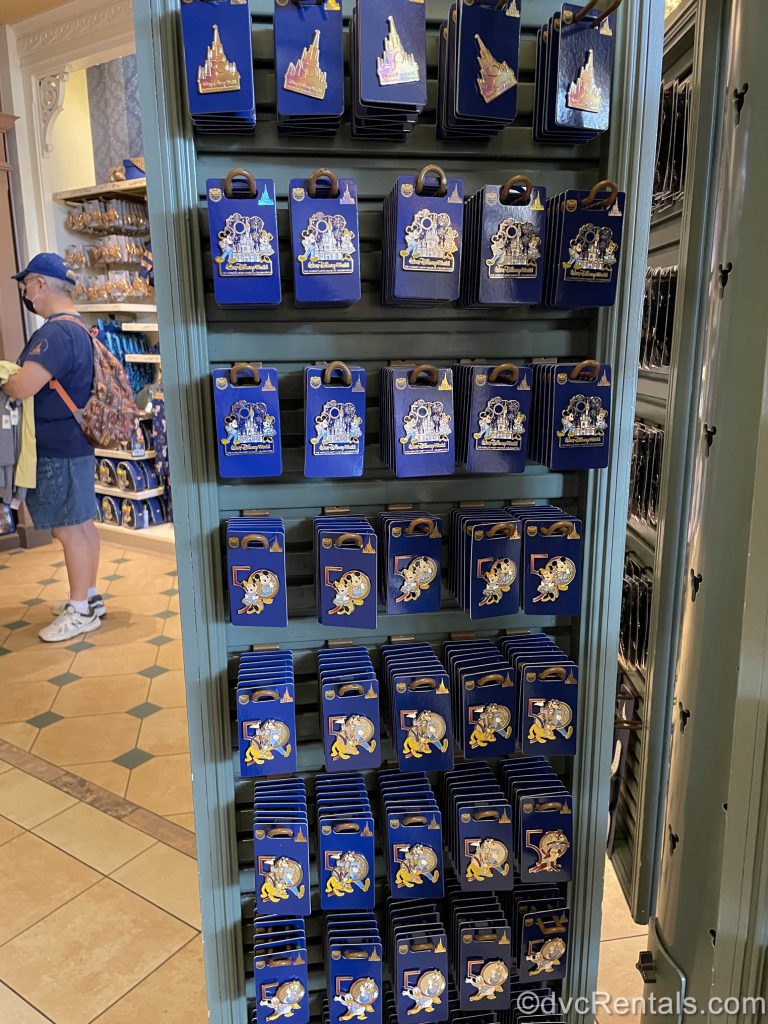 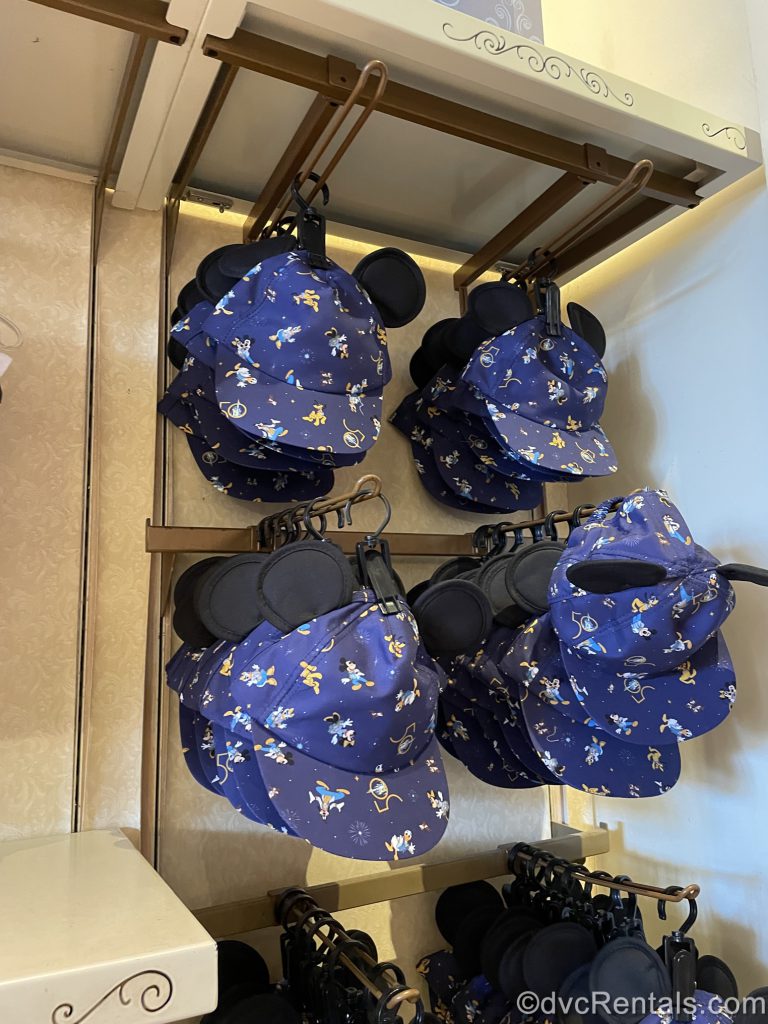 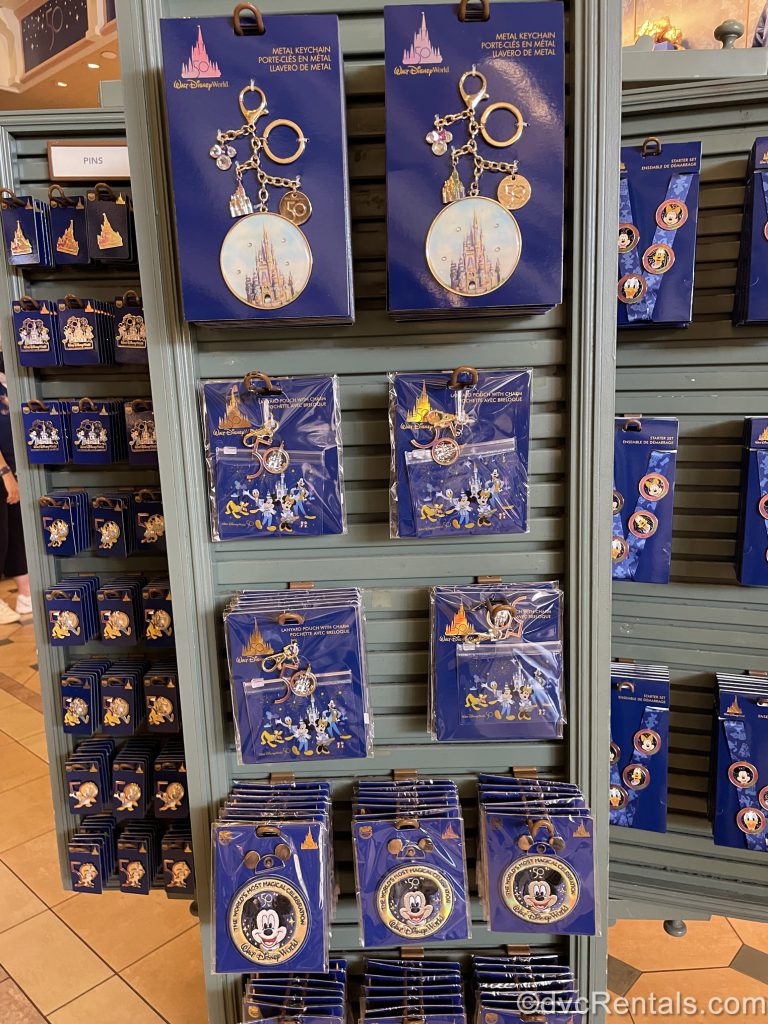 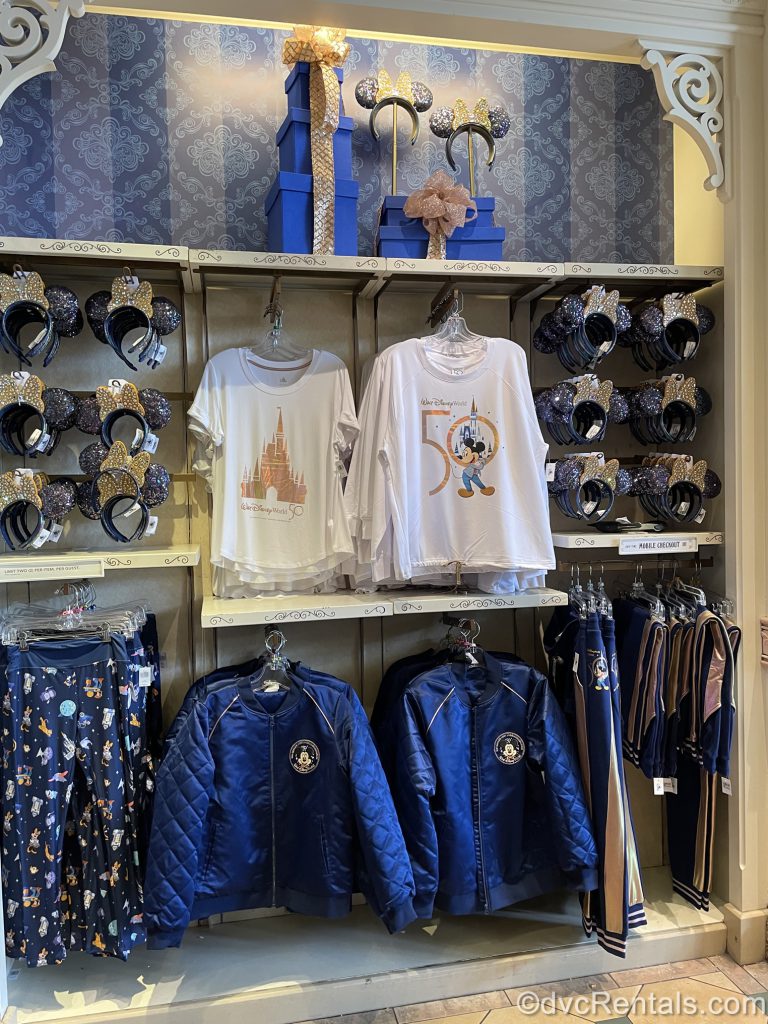 While the majority of items sold were designed new for the anniversary, there is some authentic retro merchandise available as well. A number of clothing items are sold in sizes that will fit the whole family, which is always fun. So, whether you want to celebrate the present Disney World or prefer to be reminded of days gone by (or both!), there is plenty to choose from. 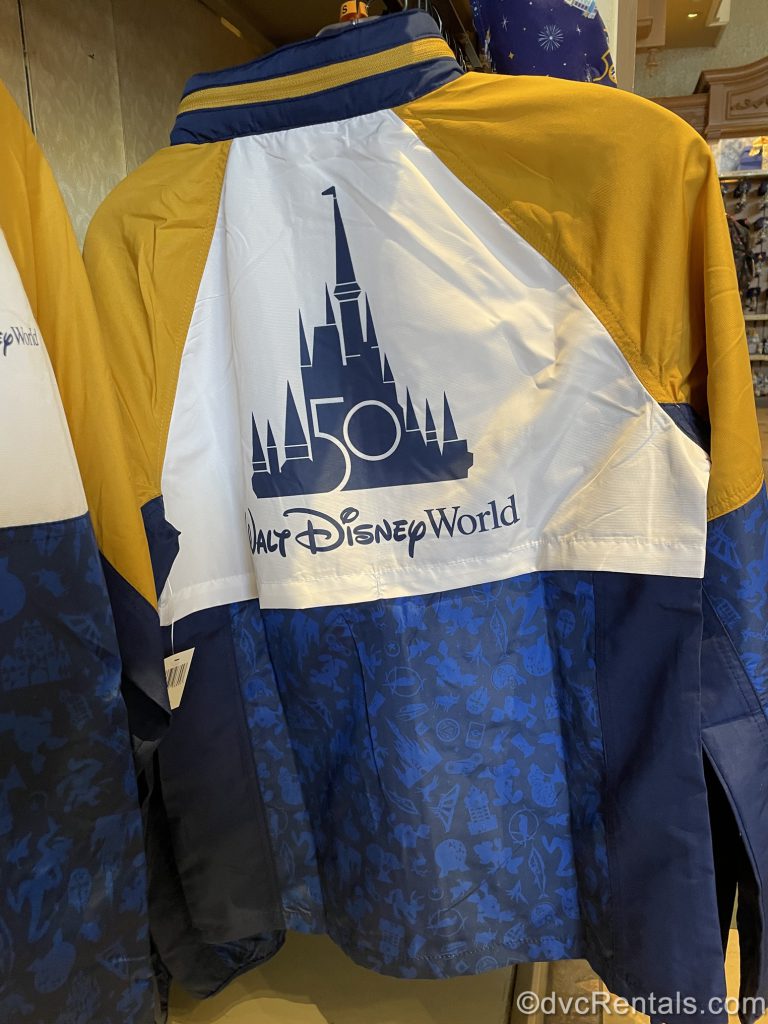 Disney has divided the 50th anniversary merchandise into categories: 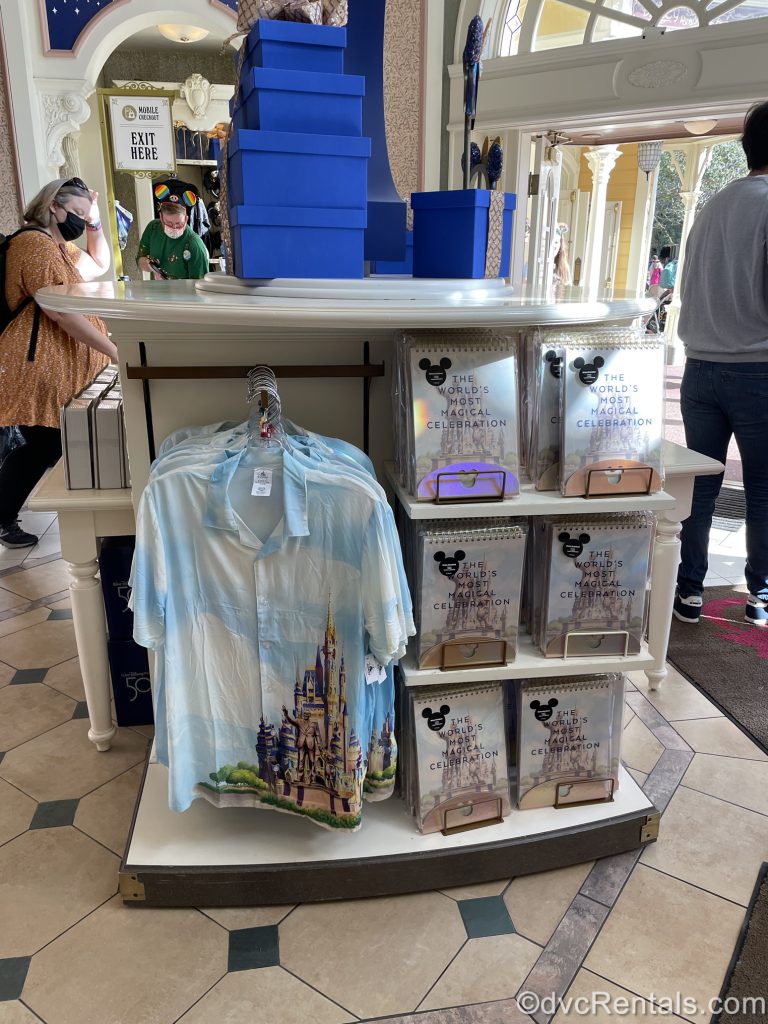 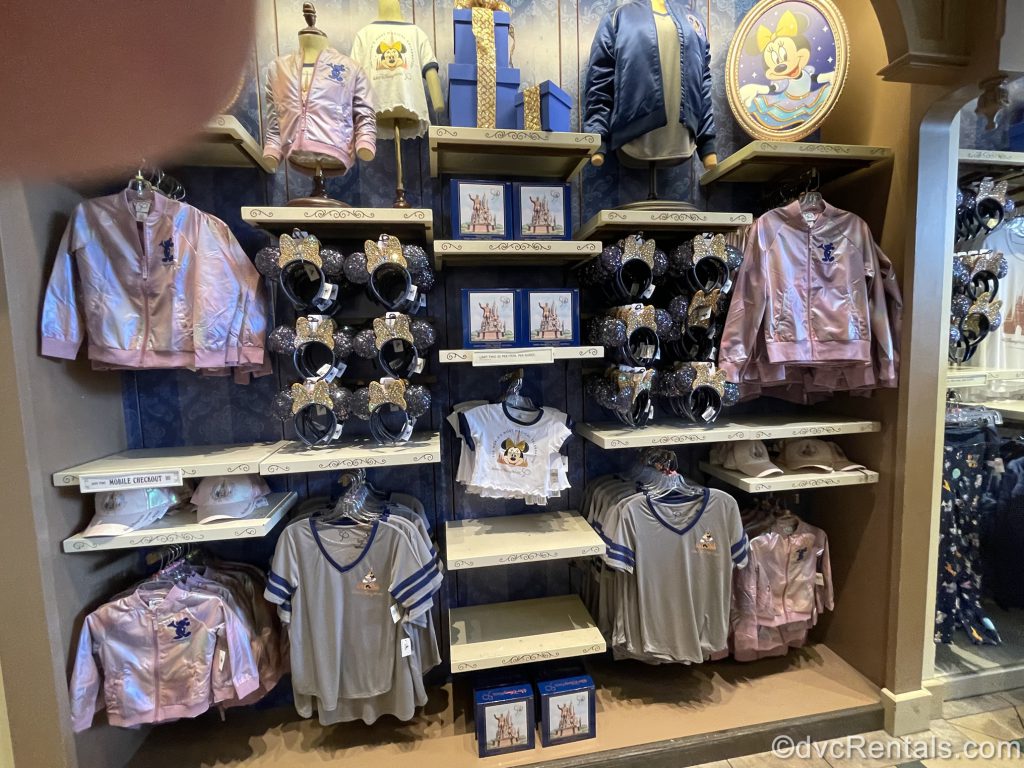 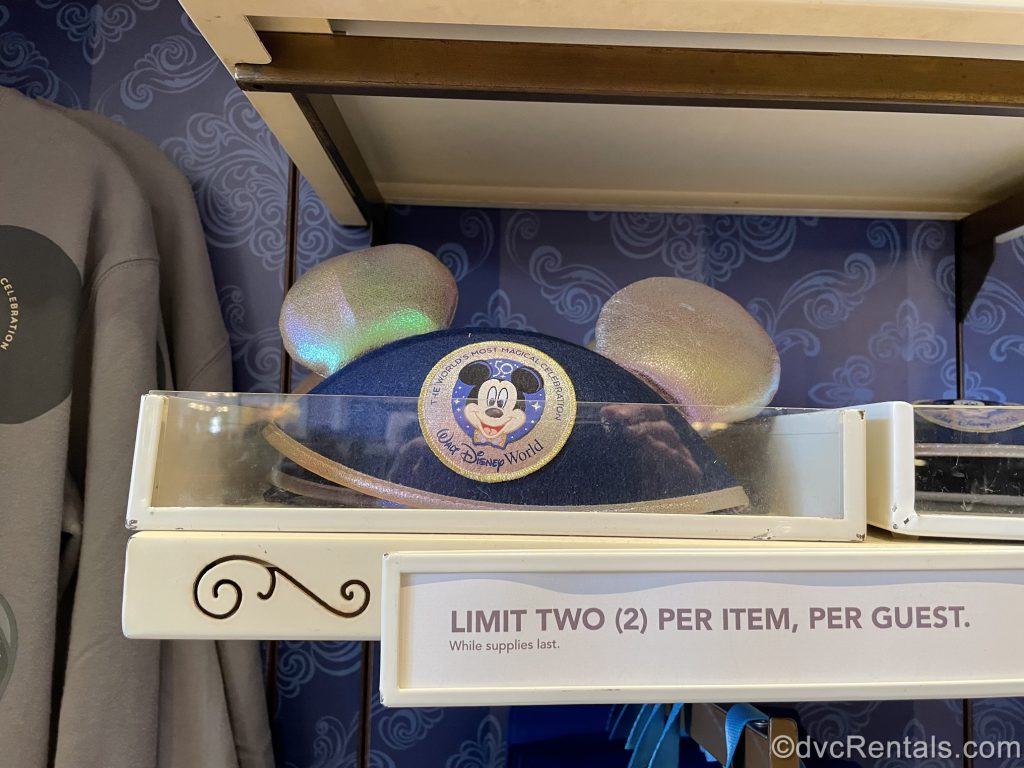 As mentioned earlier, the photos included in this blog are from the Emporium at the Magic Kingdom, yet you can find 50th anniversary merchandise throughout Walt Disney World.

What if you aren’t planning a Disney World trip this year but would like to purchase some merchandise? Don’t despair; check out the 50th anniversary collection on ShopDisney; https://www.shopdisney.com/uniquely-disney/parks-inspired/walt-disney-world-50th-collection/?originalTerm=50th&searchType=redirect&pdpRedirect=0