Villains After Hours- A Review

Have you ever wondered what it would be like if the Disney Villains took over the Magic Kingdom at Walt Disney World? There’s now a Disney Villains After Hours Event for you to experience to find out for yourself. 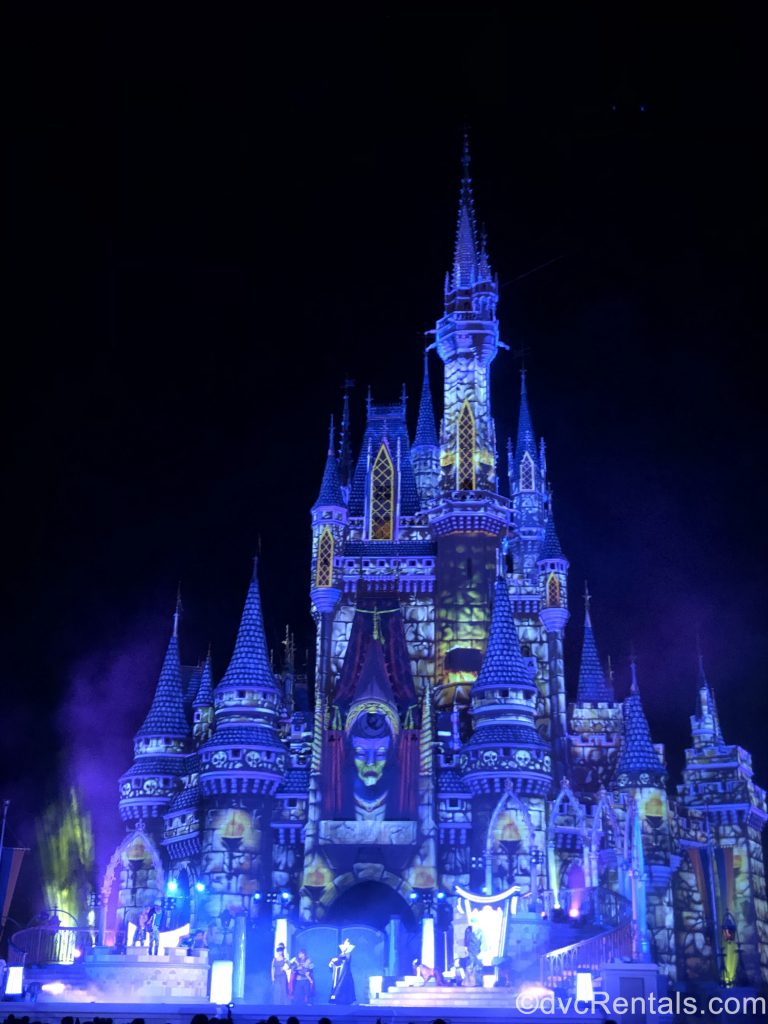 From June to August on selected nights you can experience the magic of the Disney Villains, the price is $139.00 USD a ticket. You can enter the park starting at 7:00 PM and will be given a special event wristband; the event itself begins at 10:00 PM. 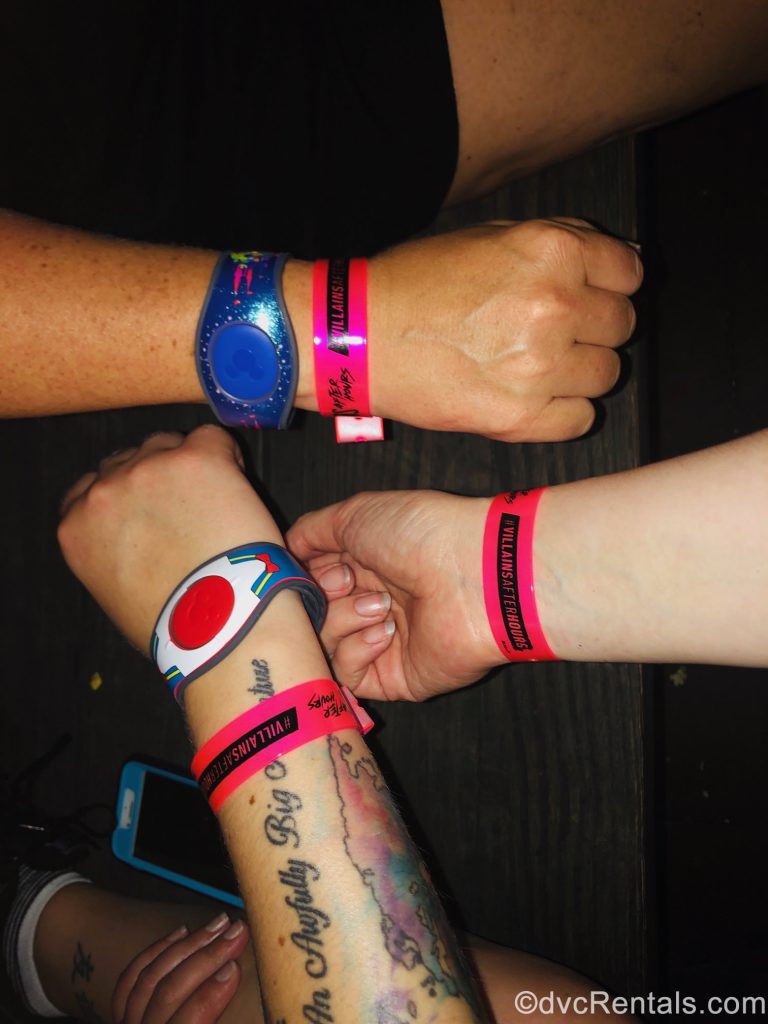 Having the extra park time allows you to see Happily Ever After Fireworks show before the park closes for the general public, and the Villains start the party! 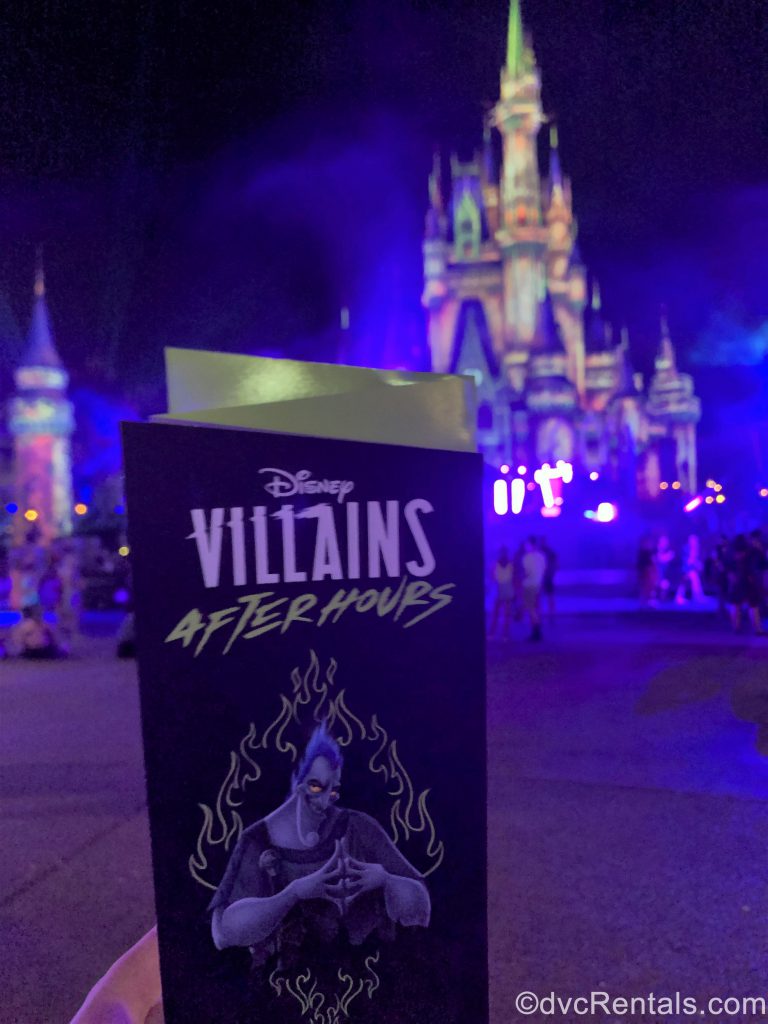 There are over 20 attractions open, and it’s a great way to jump on those rides you usually have to wait in long lines for or get Fast Passes for. We were able to walk onto rides like Peter Pans Flight, Haunted Manson, The Many Adventures of Winnie the Pooh, Buzz Lightyear’s Space Ranger Spin, and Under the Sea ~ Journey of the Little Mermaid. 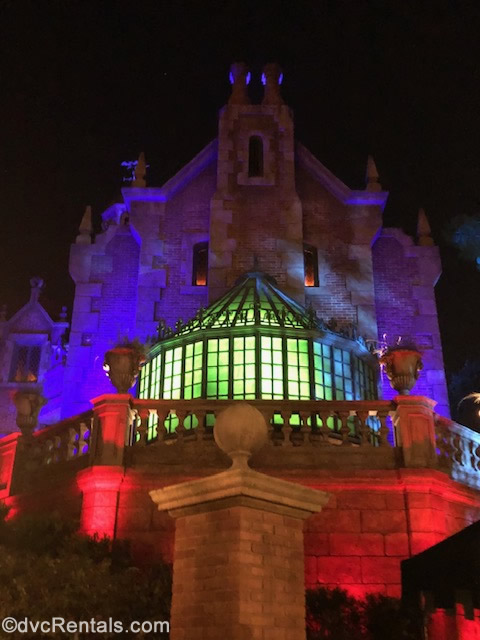 There is also two attractions that the Villains take over for themselves, Pirates of the Caribbean and Space Mountain. We headed over to Space Mountain once the event started, however, this may not have been the best strategy. Disney Cast Members were, understandably, honoring guests who have been waiting in line prior to the event start time, and this made the line a little longer than expected. Once on the ride, it was a frighteningly fun thrill ride! All the lights were turned off, and there were ominous music and sounds of the Disney Villains that made this extra entertaining.

Pirates of the Caribbean was also an amazing experience as Captain Barbossa took over the show. There are two pirates that await your arrival when going through the line into the ride that if you’re not paying attention, can give you a fright. 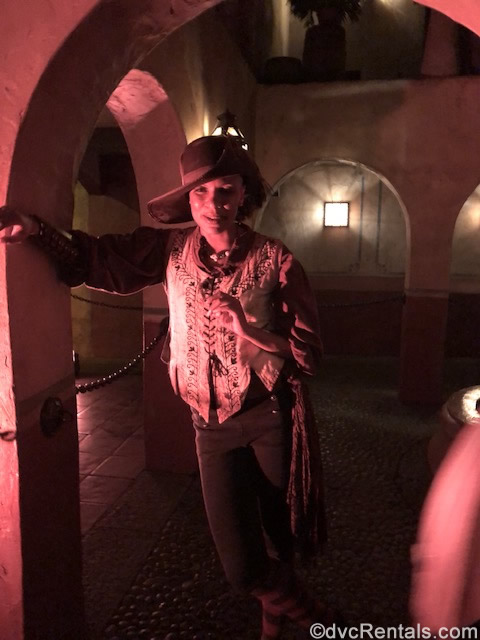 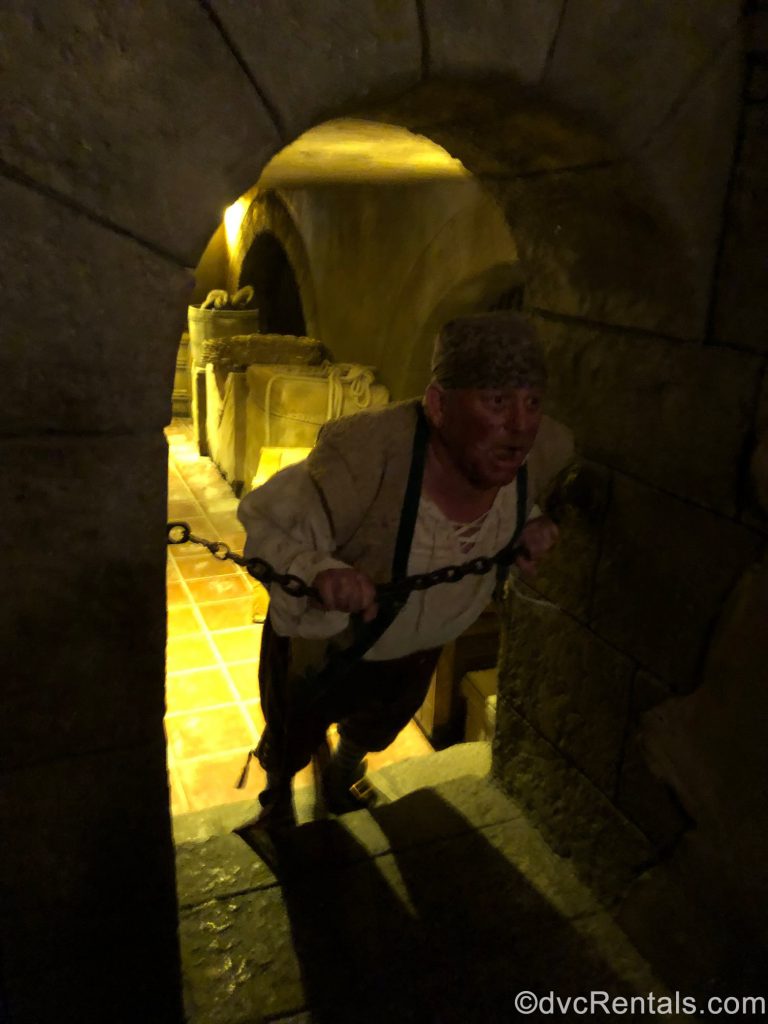 Once on the ride, everything seems to be the same until you come to the bridge that Barbossa is lurking out on engaging with guests.

When purchasing the park tickets, there is the perk of unlimited Mickey Ice Cream Bars, Mickey Ice Cream Sandwiches, Frozen Fruit Bar, Popcorn and bottled beverages. We sure took advantage of this perk! 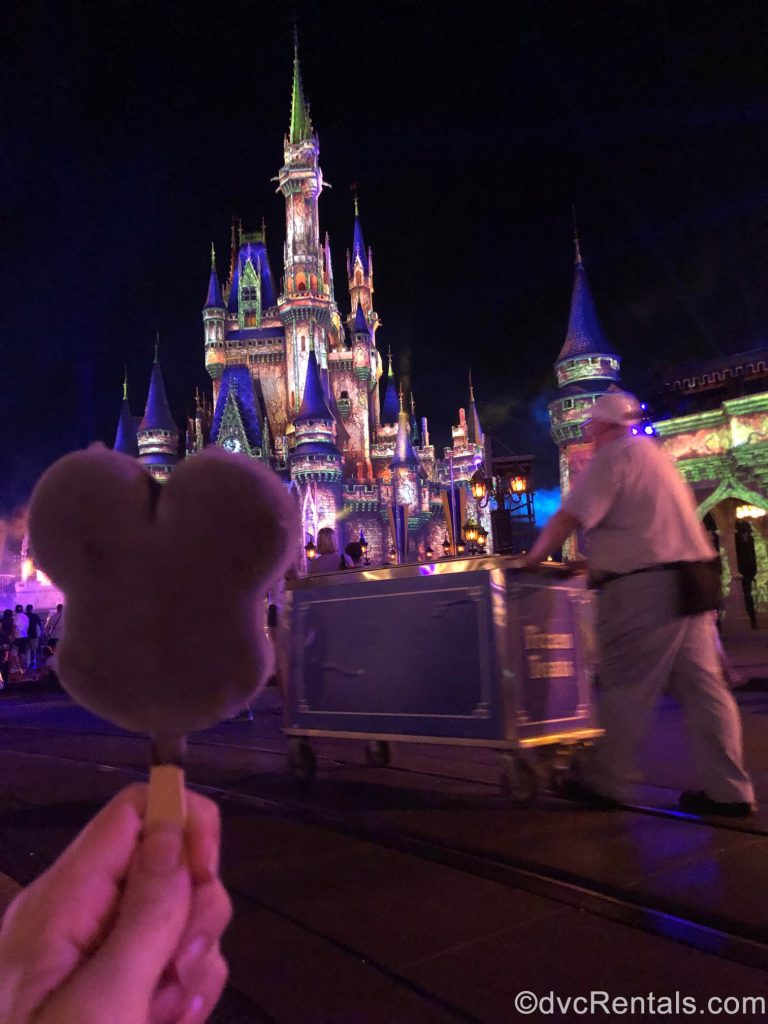 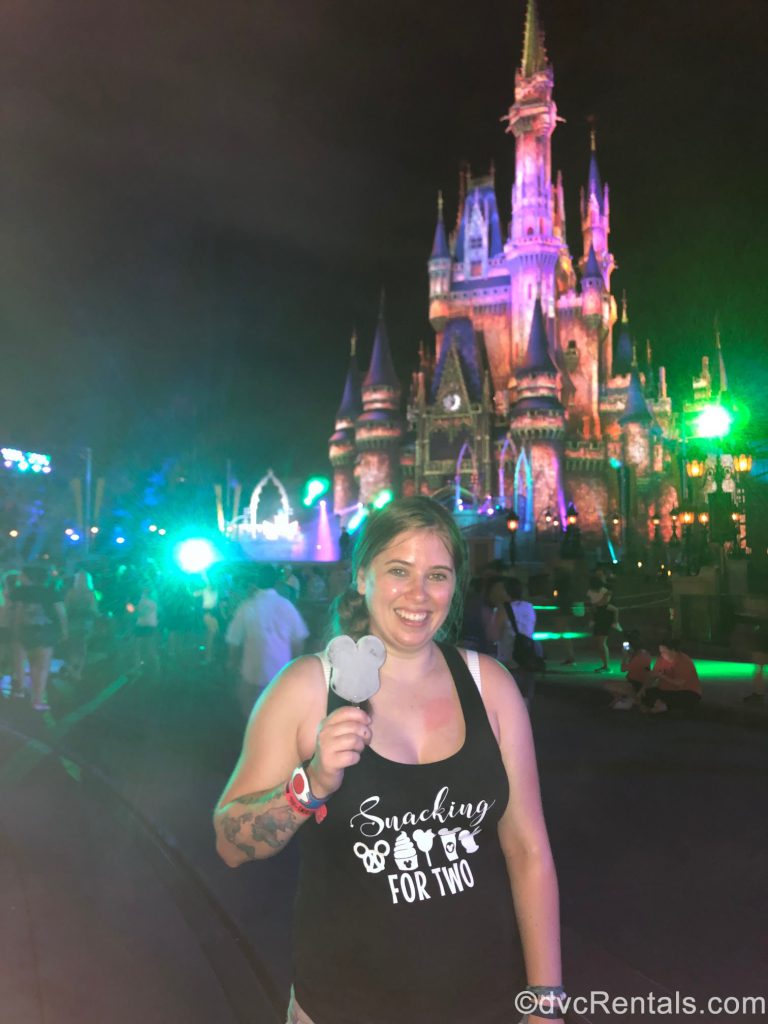 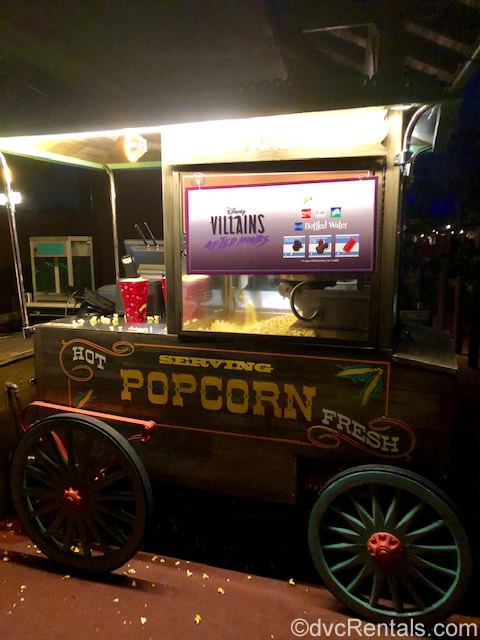 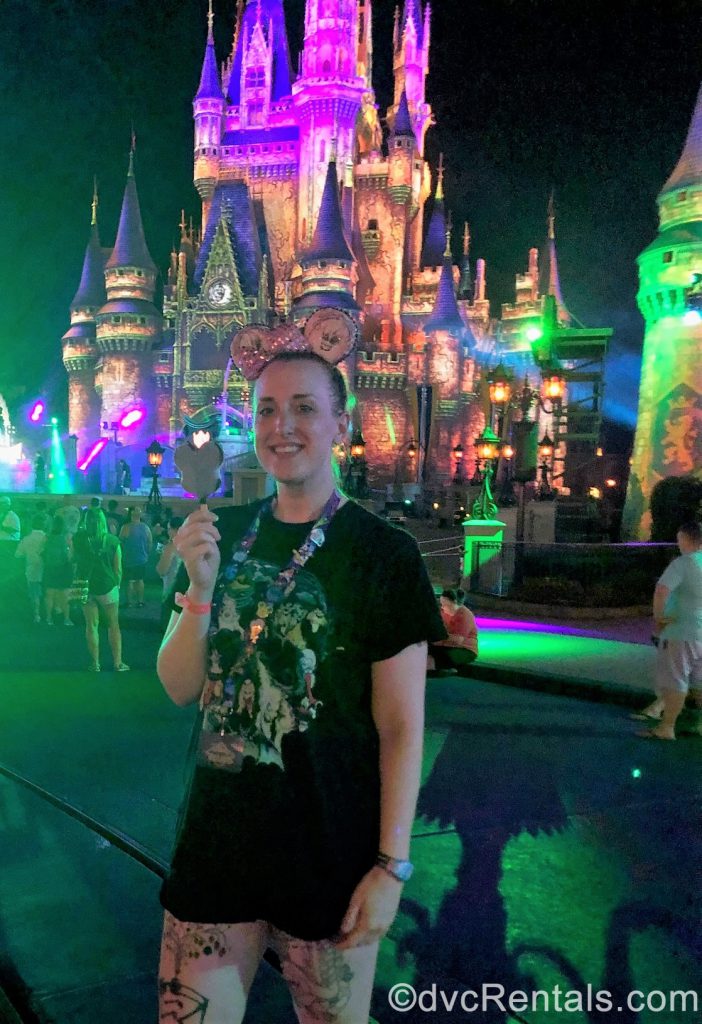 There are also different quick service dining options open on Main Street and throughout the park, that serve specialty food and beverages unique to Villains Night to be purchased. Unfortunately, we did not have the time or room in our stomachs to have any of these as we loaded up on the free novelty snacks!

The park was set up with spooky backdrops, lighting, and sounds. Also, there were merchandise kiosks set up in various gift shops offering special Villains Night items to be purchased. 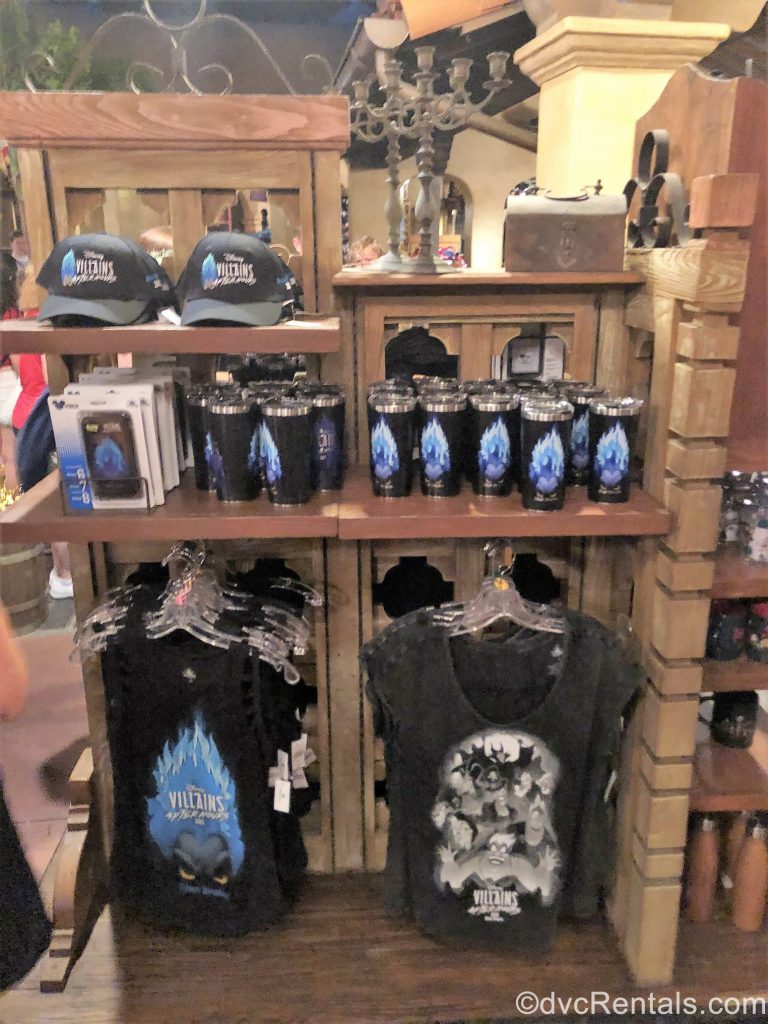 A DJ kept the energy high on the Cinderella Castle stage all night long in between the Villains Unite the Night Stage show. This show ran three times throughout the evening. This 20 minute long show stars Hades and Meg, with appearances by Jafar, Dr. Facilier, Maleficent, and The Evil Queen. 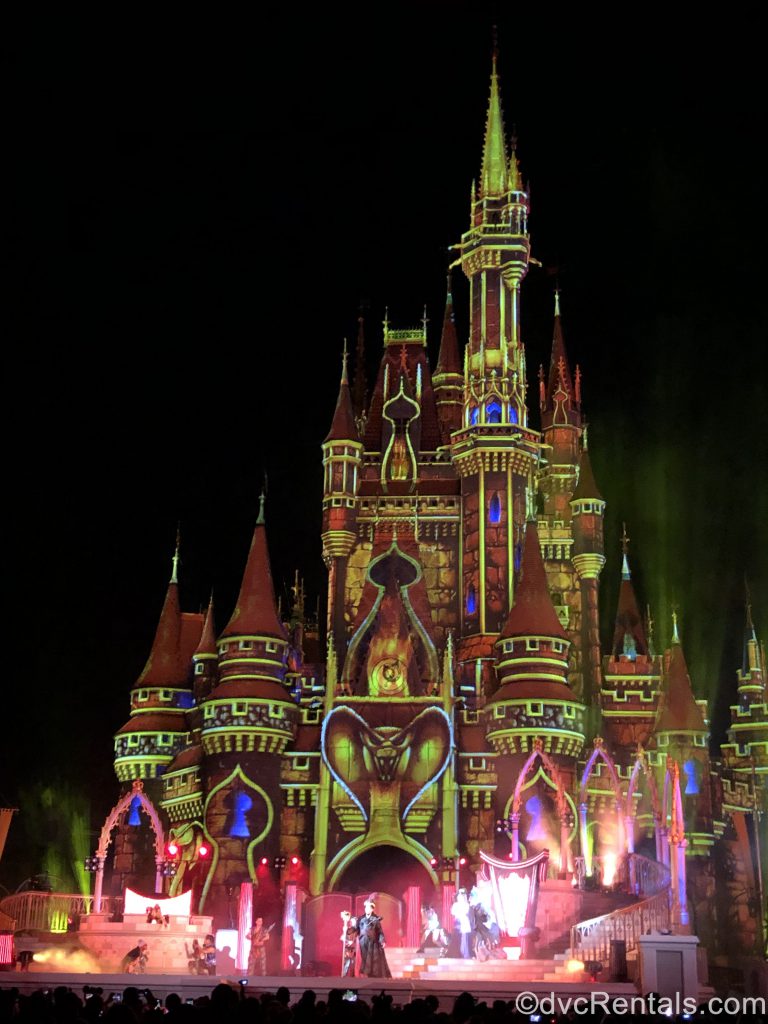 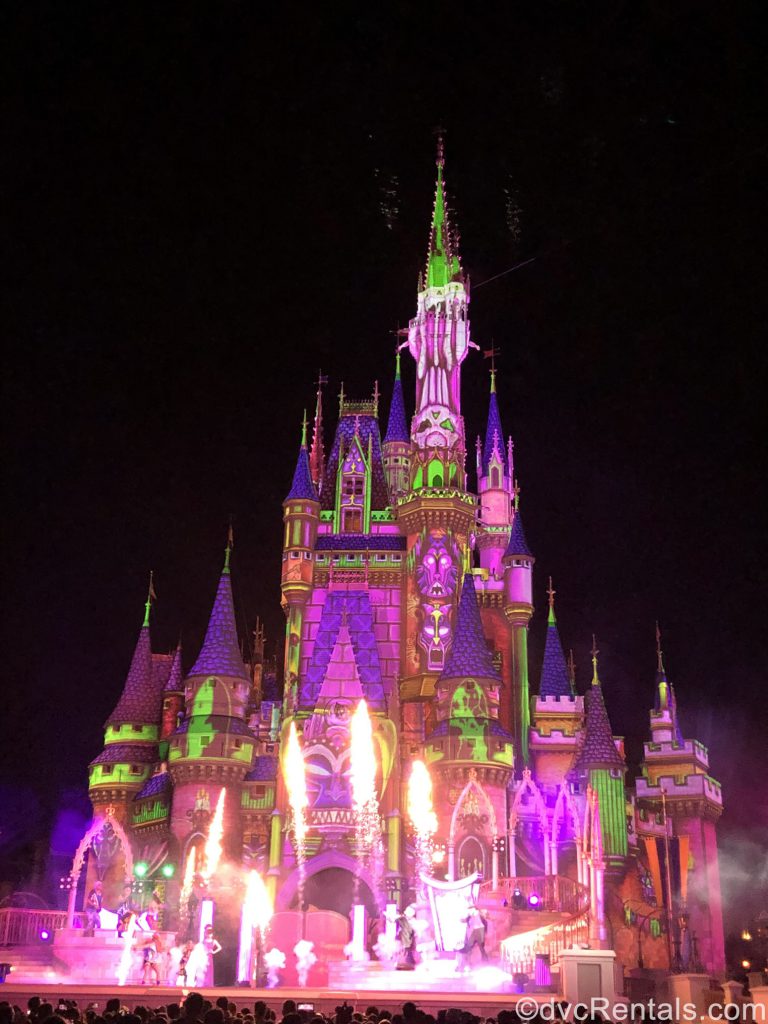 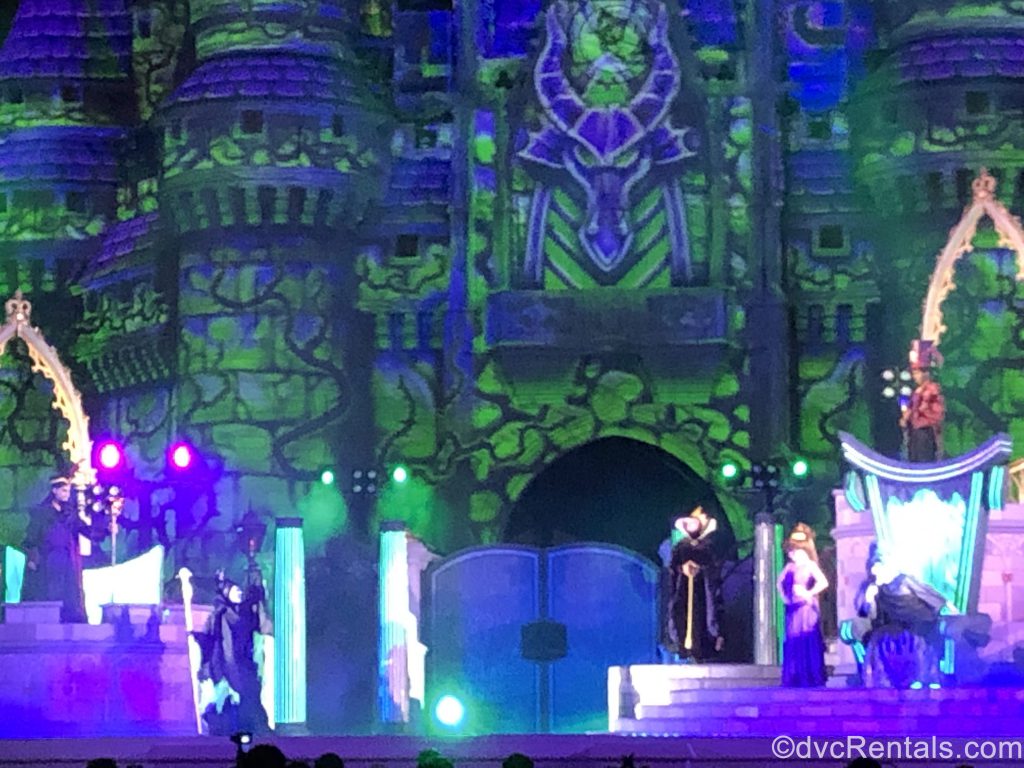 Each villain has his or her turn taking over the castle, with unique lighting, fireworks, and sounds changing for each takeover. There is a spectacular finale with all Villains on stage together, followed by most diabolical fireworks show you’ve ever seen! 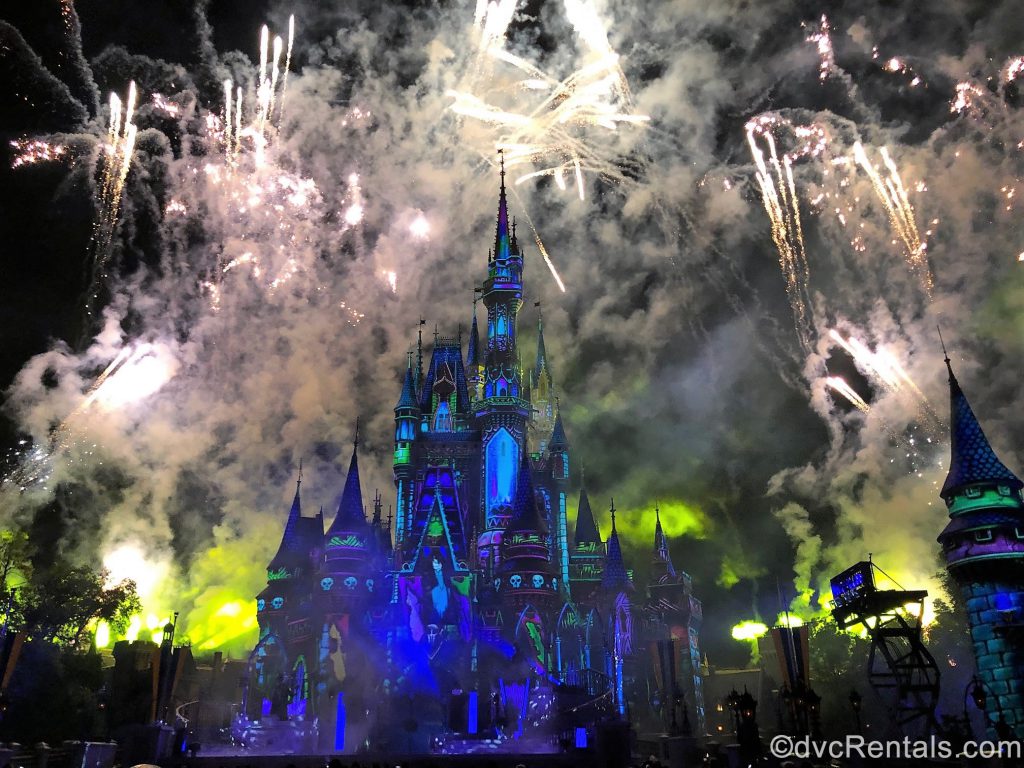 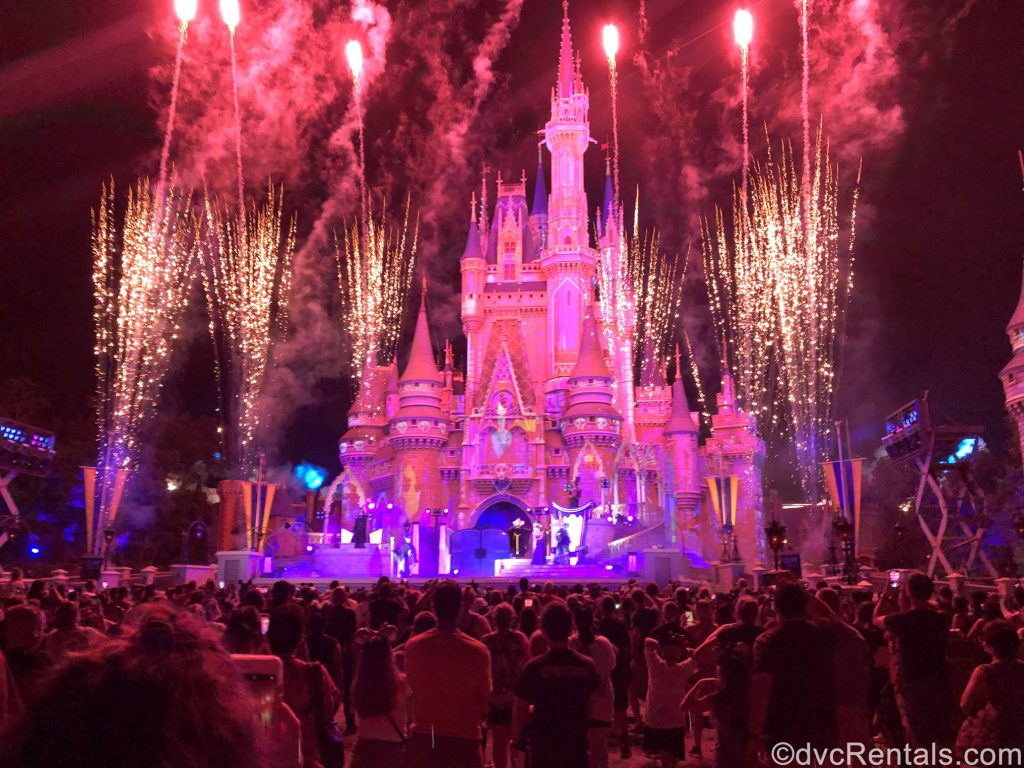 After each show ends, the Maleficent dragon appears for the first time at nighttime (usually the dragon can only be seen during the day). She roams down Frontierland onto Main Street where she breathes fire and is followed by her wicked henchman. The music and lighting is slightly different than when Maleficent appears during the Festival of Fantasy parade. Unfortunately, during the night of our visit, Maleficent was being a little finicky and was unable to do her first run at 10:40 PM. We were able to catch her for final farewell as she chases guests out of the park at 1:20 AM. This felt a VIP experience as it was only us, one other family, and Maleficent on the streets of Frontierland where we chose to watch her. 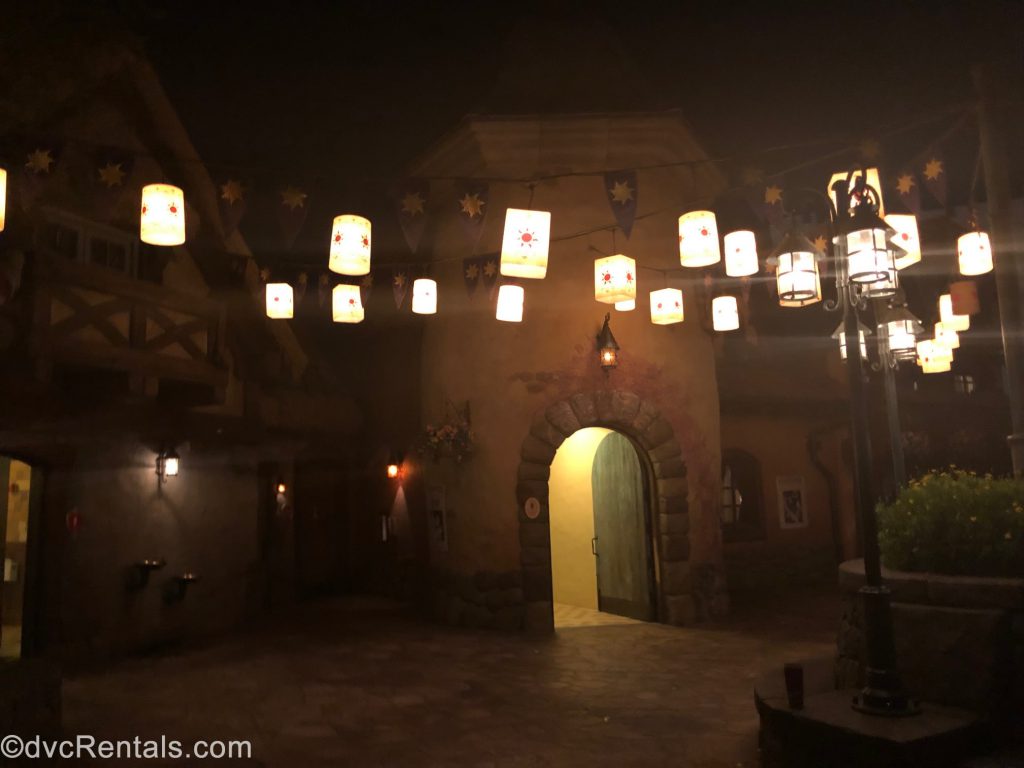 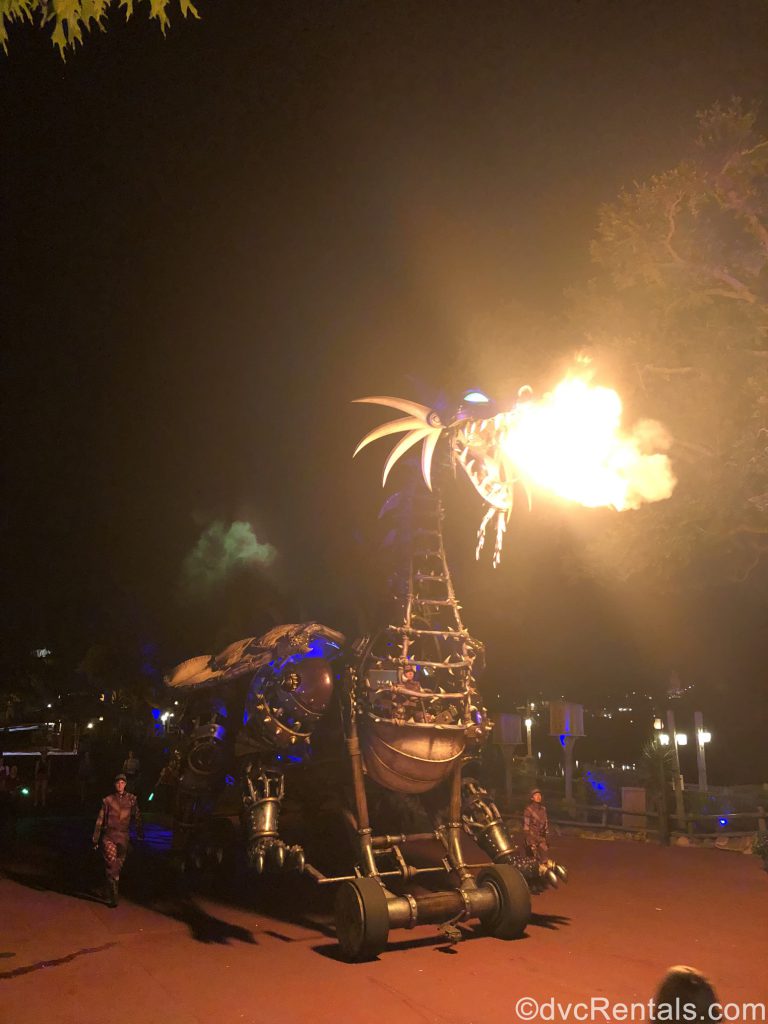 As we headed out of the park, we were surprised to see a lineup of Disney Villains at the top of the Main Street Train Station waving goodbye to the guests.  The Queen of Hearts, Gaston, Lady Tremaine and her daughters, Cruella, and Captain Hook. This was such a fun way to end the evening and gave us all a laugh. Our only wish is that in the future for this event, Disney will offer some meet-and-greet opportunities for some of these rare characters! 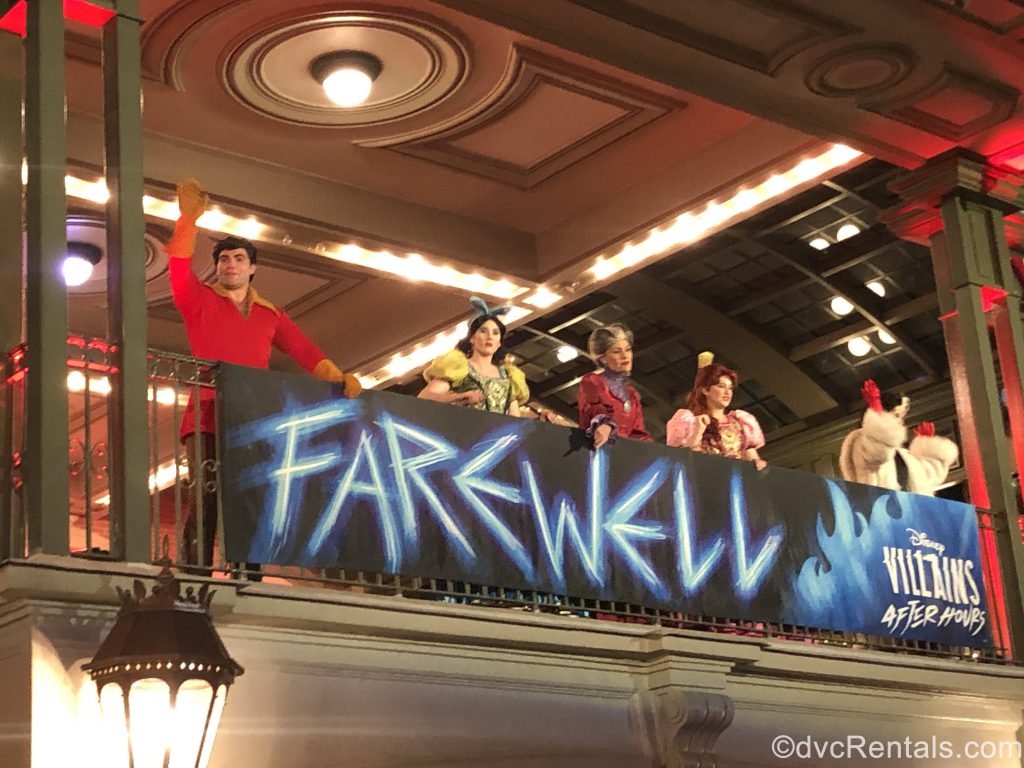 All in all, this was a night to remember, and we’re glad we were able to experience the wicked side of Disney! 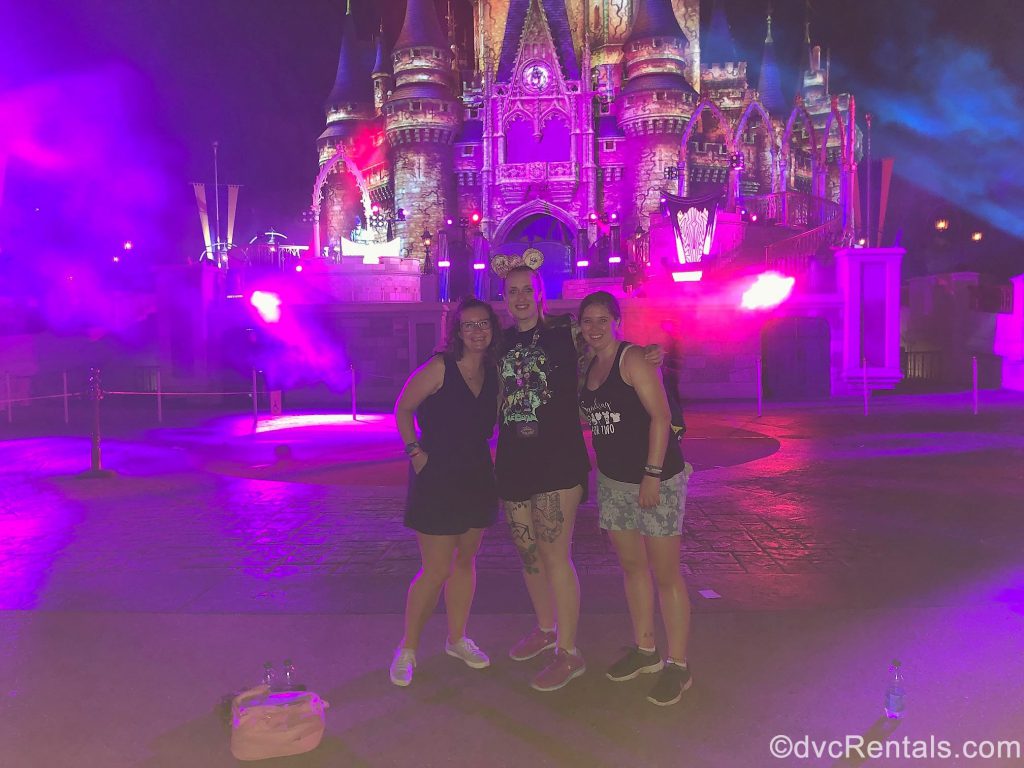 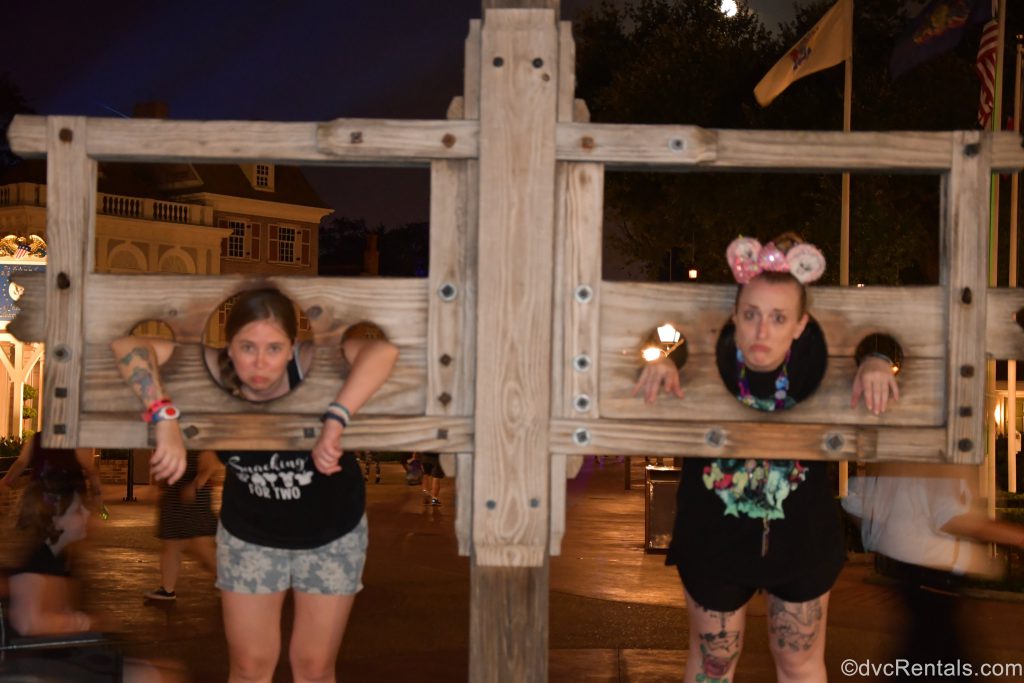