Which attraction at Walt Disney World is not a thrill ride, has a top speed of about 7 miles per hour, is virtually unchanged since it opened, and is a top favorite of many guests? Yes, it’s the PeopleMover, currently officially now called the Tomorrowland Transit Authority PeopleMover. For brevity, I will be referring to the attraction as PeopleMover throughout this blog. 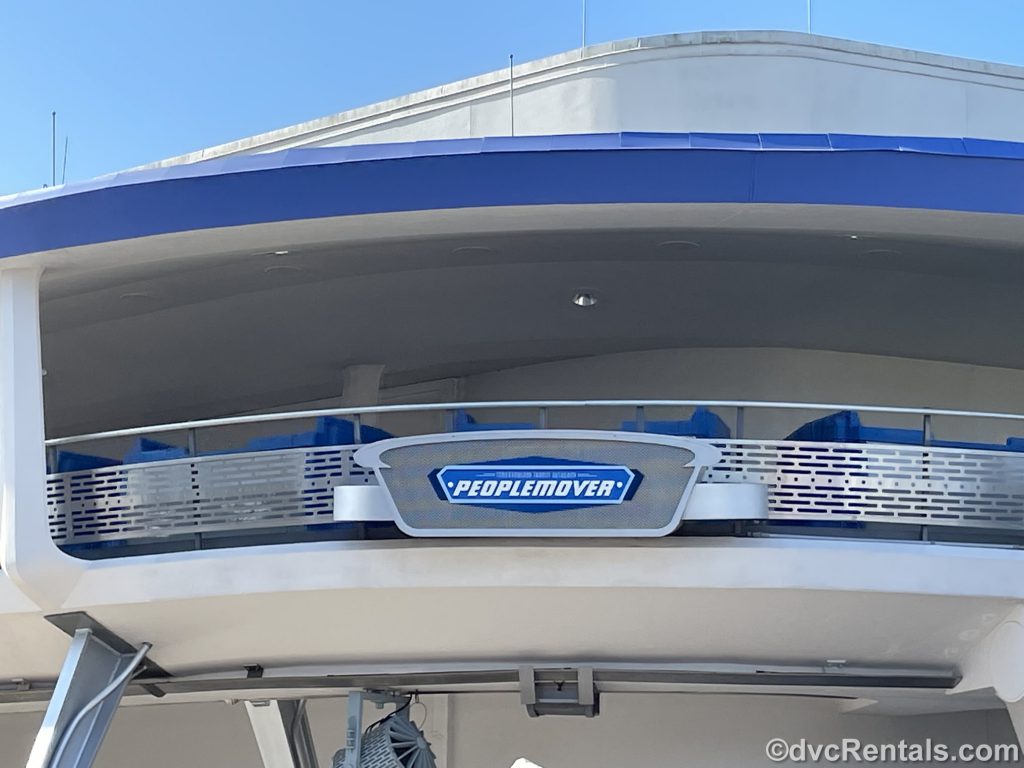 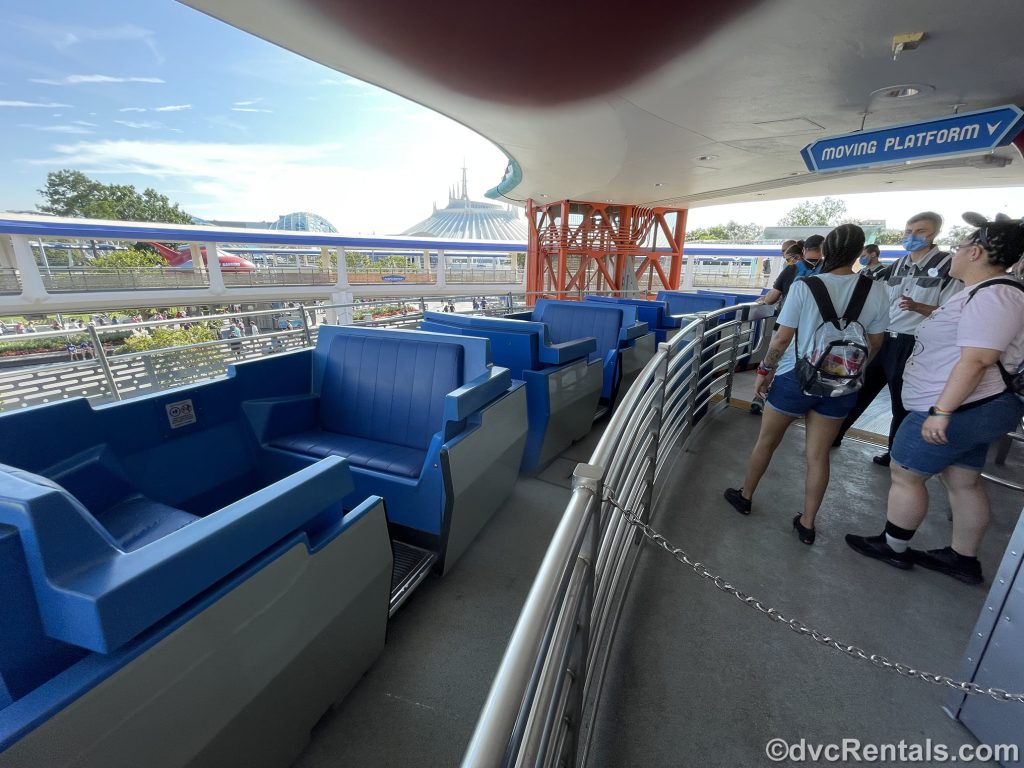 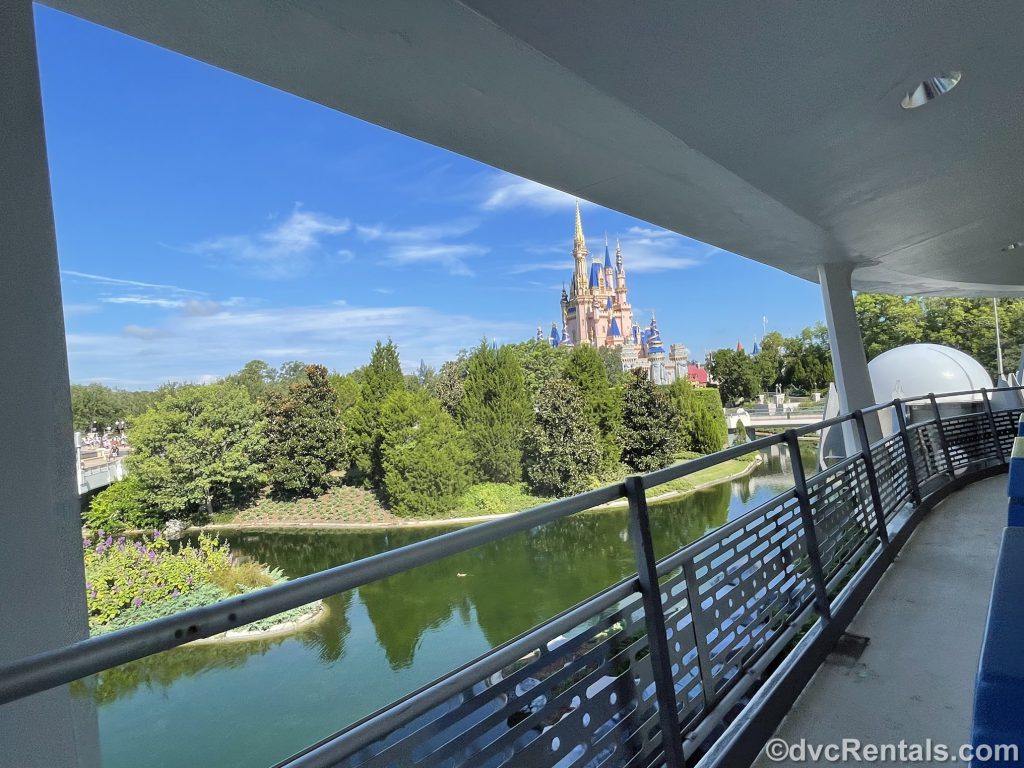 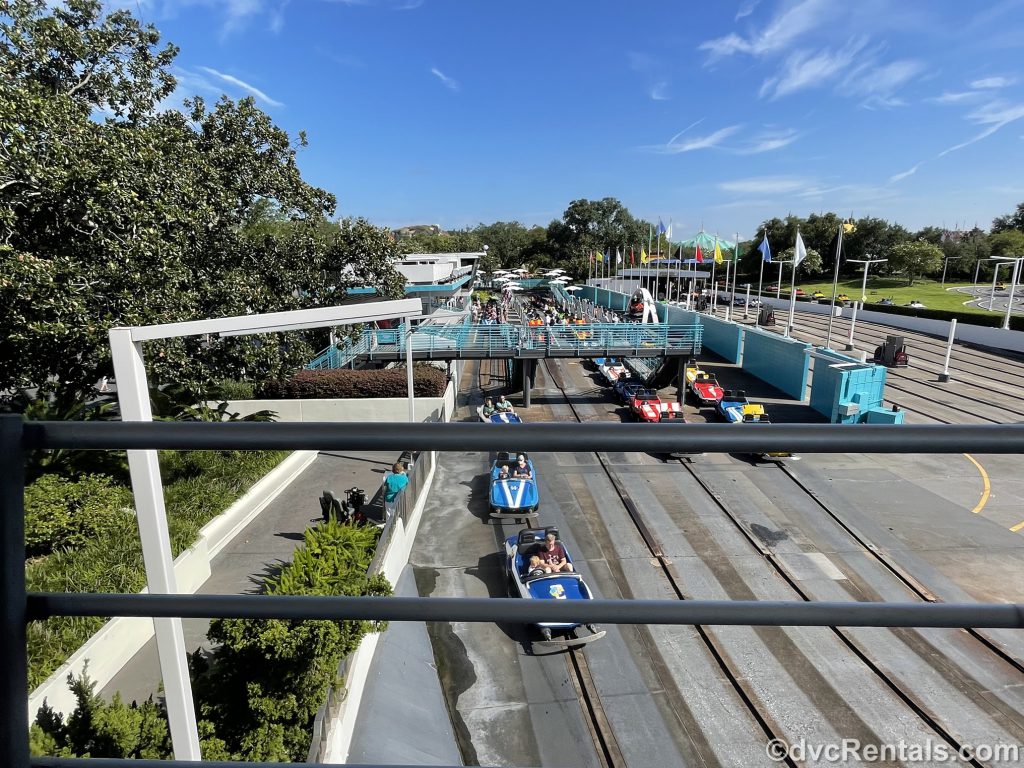 The World’s Fair that took place in New York during 1964-1965 was a huge opportunity for Walt. The Fair gave him the ability to introduce the public to four new attractions. Even better, the Disney attractions at the Fair were paid for by corporate sponsors, and once the Fair ended, with the exception of one ride, all the others would be transported to Disneyland (Disney World would not open its doors until 1971) for guests to enjoy over there. These attractions included: It’s a Small World, Carousel of Progress, and Great Moments with Mr. Lincoln. Ironically, the ride that utilized a similar system to the PeopleMover, Ford’s Magic Skyways, was not moved to Disneyland–but the technology for it was!

At the time these new attractions made their way to Disneyland, Tomorrowland was due for an update. One of the new additions was the PeopleMover, a motorless, continually moving ride, using rotating tires for propulsion. The ride gave guests a tour of Tomorrowland and a preview of its attractions.

The idea for the PeopleMover struck Walt while he was on a business trip to the Ford Motor Company in Detroit.

Mr. Disney, always looking for innovative designs, noticed a device used for handling steel ingots (blobs of glowing red-hot metal). These were moved around on tracks of powered rollers as they were being transformed into sheet steel for making cars. Walt looked at this and thought if there was some kind of seat on that type of conveyor, maybe it could be used as a ride attraction.

Imagineer Roger Broggie was given the job of figuring out how to accomplish this, and he succeeded.

Broggie designed a flat metal surface, and as the vehicles rode over the surface, the car’s powered wheels made contact and moved the cars along. This made for a nice smooth experience for guests, with no bumps whatsoever. From the elevated tracks, guests could get a look at a number of places to visit in Tomorrowland.

Sponsored by Goodyear, whose tires were used on the ride, PeopleMover circled the land and also traveled indoors for a view of some of the attractions found there. The PeopleMover gave guests an enjoyable and relaxing ride, the new track system worked very well. Unfortunately, PeopleMover is long gone from Disneyland. During the 1990s, rides that were seen as outdated were taken away; this included the PeopleMover, which closed in 1995.

Mr. Disney did not mean for PeopleMover to just be a ride attraction. Walt also envisioned that a PeopleMover could work in many areas, such as shopping centers, expositions, and wild animal parks. 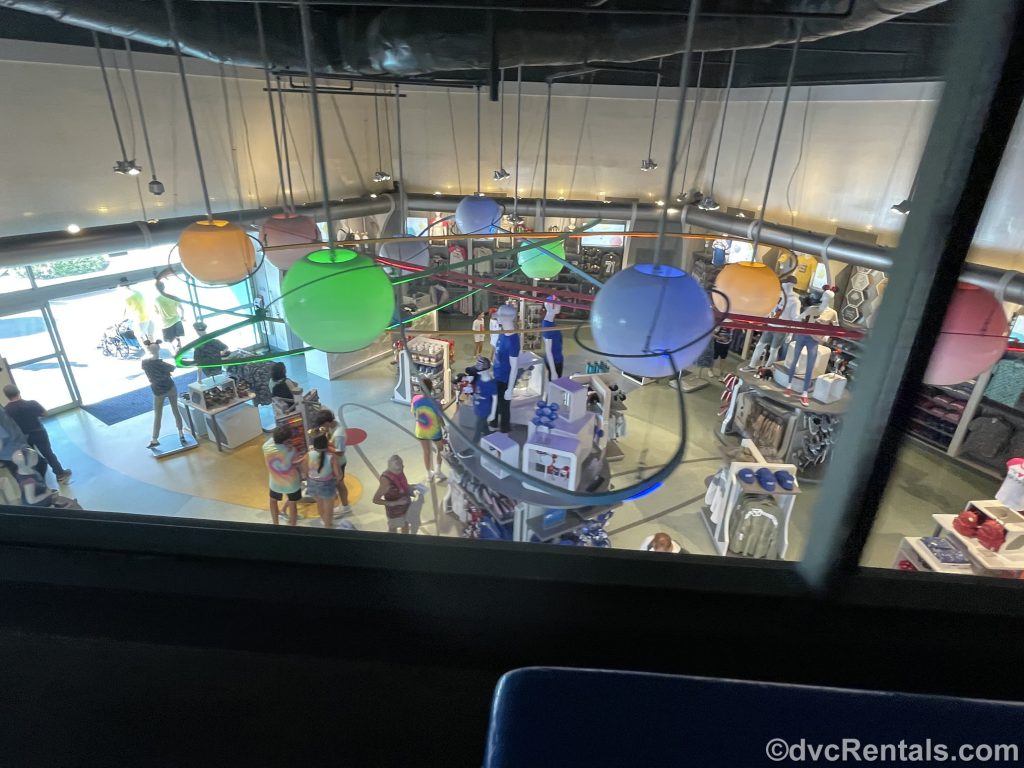 Happily, in 1975 Magic Kingdom’s Tomorrowland section debuted the WEDWay PeopleMover (WED is short for Walter Elias Disney). Like its counterpart at the time in Disneyland, the Magic Kingdom PeopleMover is a guided tour of Tomorrowland that takes guests inside many of the land’s attractions. 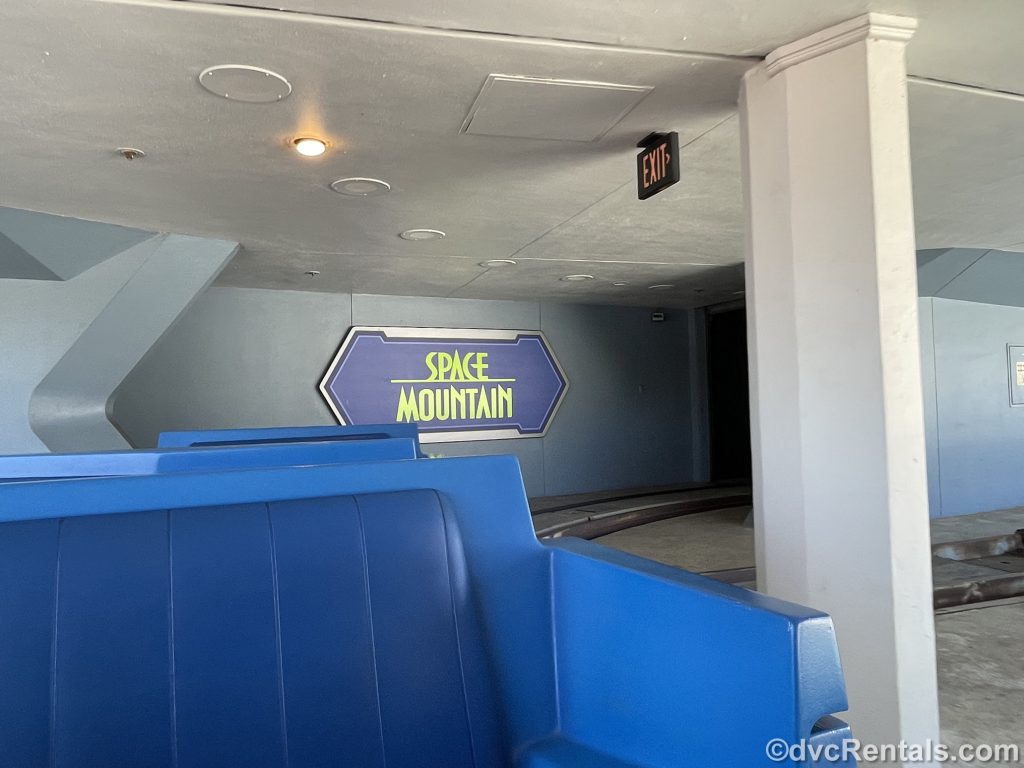 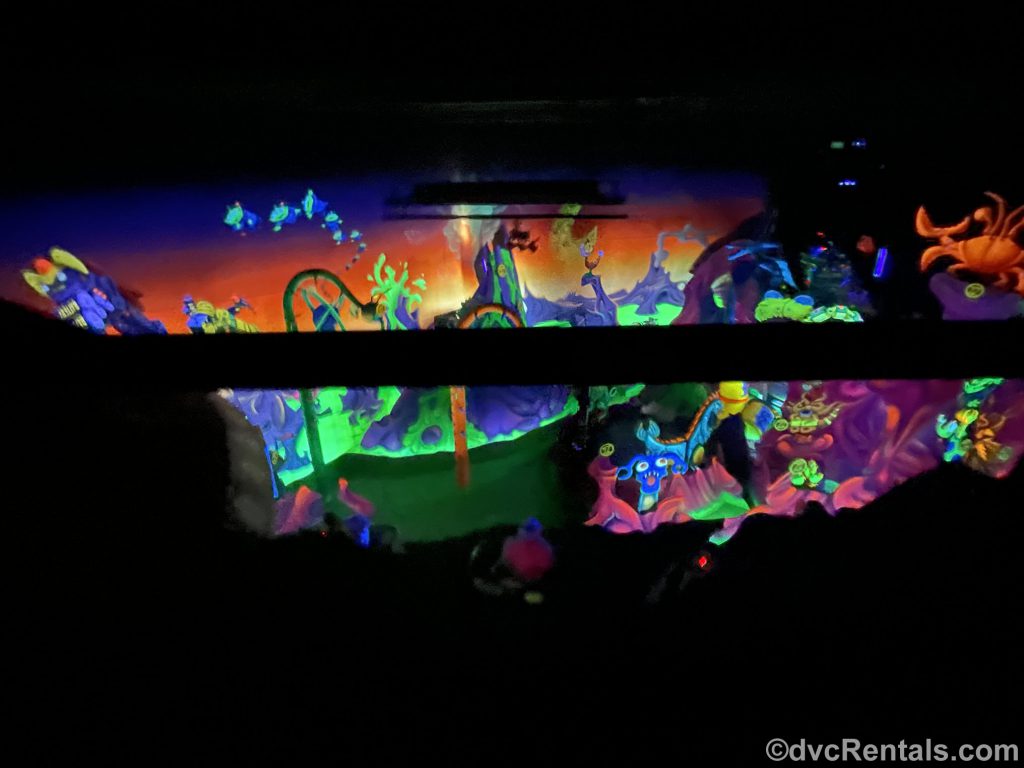 As technology had advanced since the Disneyland version was first constructed, Imagineers created new inventive ways to move the PeopleMover cars at Walt Disney World. The new version utilizes environmentally-friendly linear induction motor magnets. Every nine feet or so, the PeopleMover passes over an electric motor that causes a tire to turn against the underside of the ride vehicle and propels guests onward. There are 517 of these motor-driven units in total, and they move the cars at speeds from 1.5 to 7 MPH. There are a number of chains of cars that travel the tracks of the PeopleMover, each one containing five separate cars. I always enjoy waving to the other guests when our cars pass one another; it adds to the fun. Guests go up an escalator to the loading platform to ride this attraction. The cars load continuously, and it is rare for the ride to cease moving. 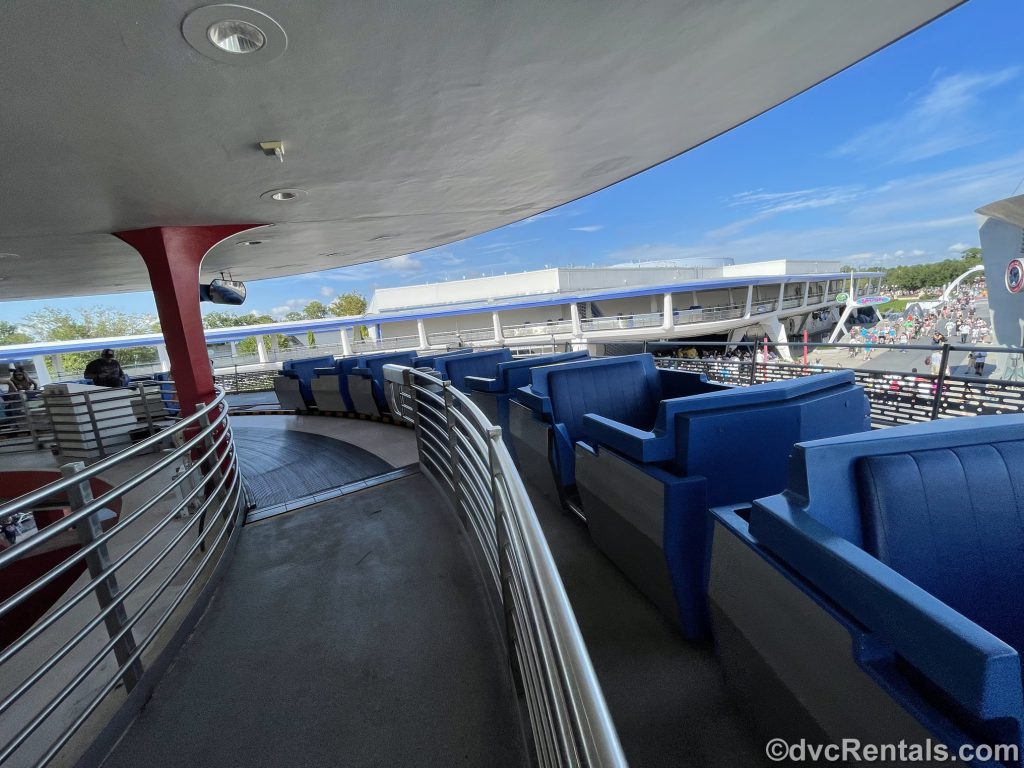 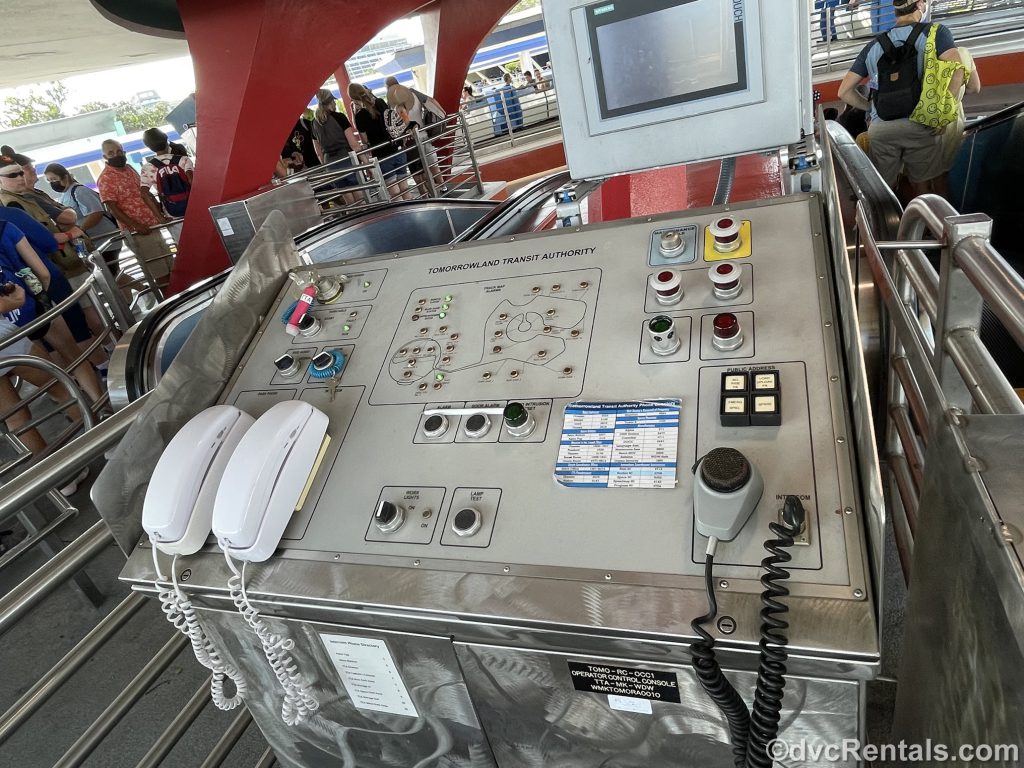 There have been some changes through the years. For a while, we were told that we were passengers riding the “Blue Line” while the fictional “Green Line” traveled to cities and the pretend “Red Line” connected to other planets! A new narration in 1994 included special announcements, such as “Paging Mr. Morrow, Mr. Tom Morrow, your party from Saturn has arrived. Please give them a ring.” 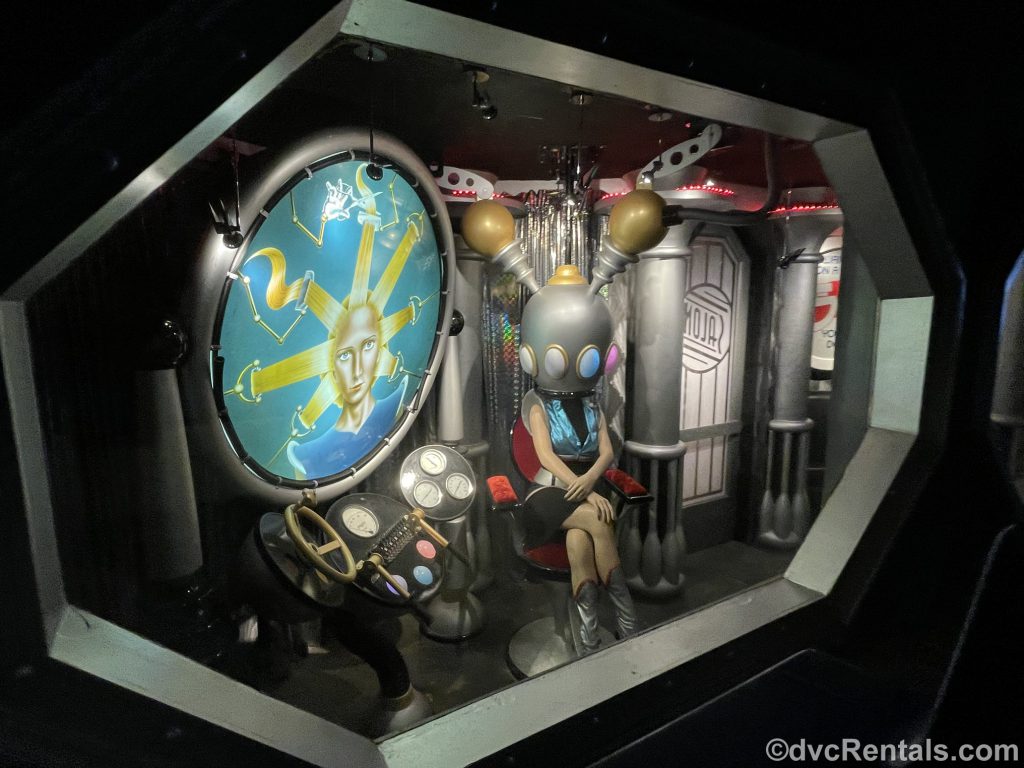 There was a refurbishment in 2009 that included the tracks getting fresh paint, and other areas of the ride received enhanced lights. Mike Brassell, who has composed music for the Disney parks and narrated Living with the Land, became the new narrator for PeopleMover. The attraction was renamed Tomorrowland Transit Authority (known to many guests as TTA) in 1994, and in 2010 it was renamed once again. It became the Tomorrowland Transit Authority People Mover, the name it still goes by today. 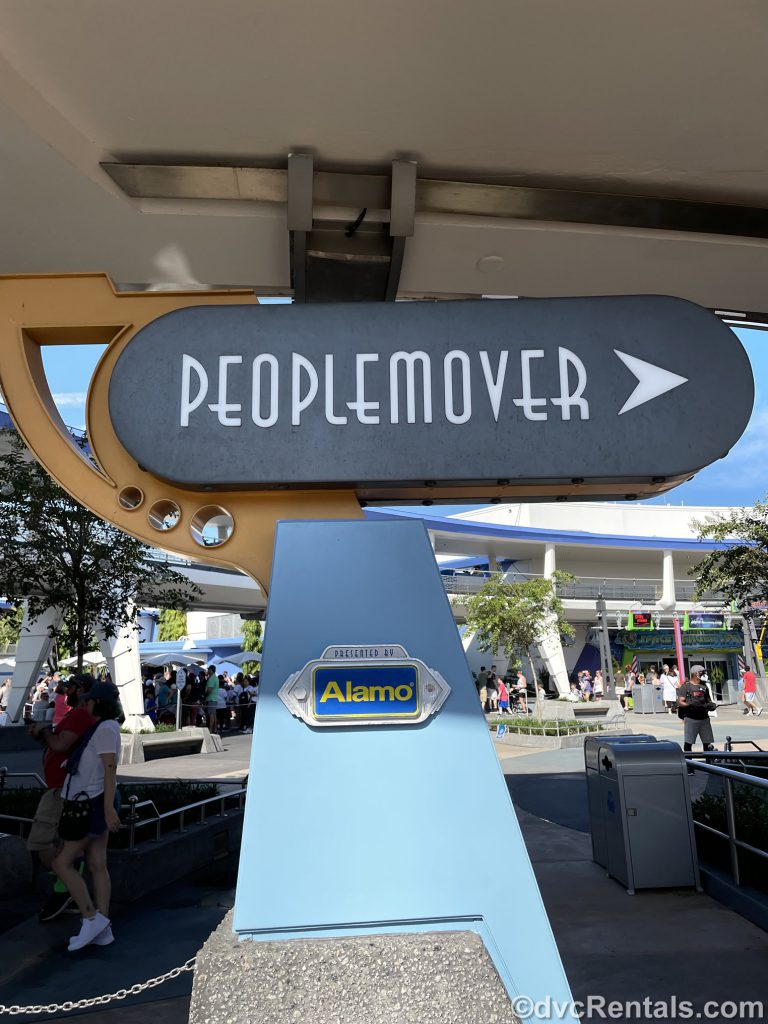 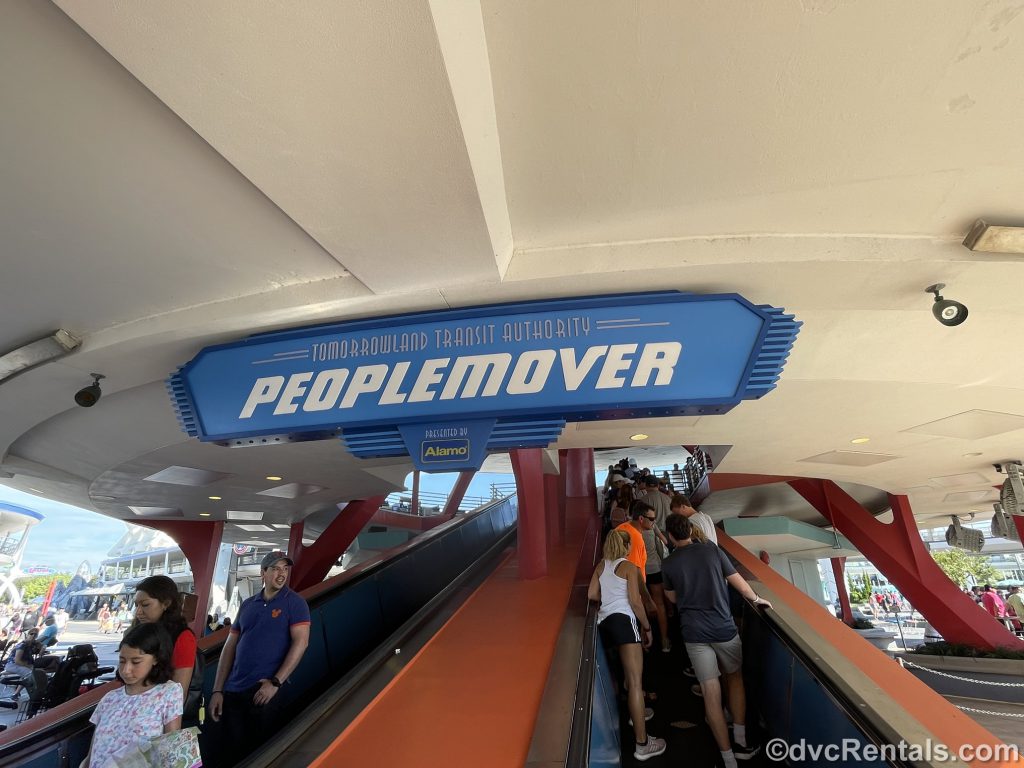 It’s fun, it’s relaxing, it’s interesting, and even though it doesn’t move quickly, it’s fast enough to generate a comfortable breeze on a warm day. 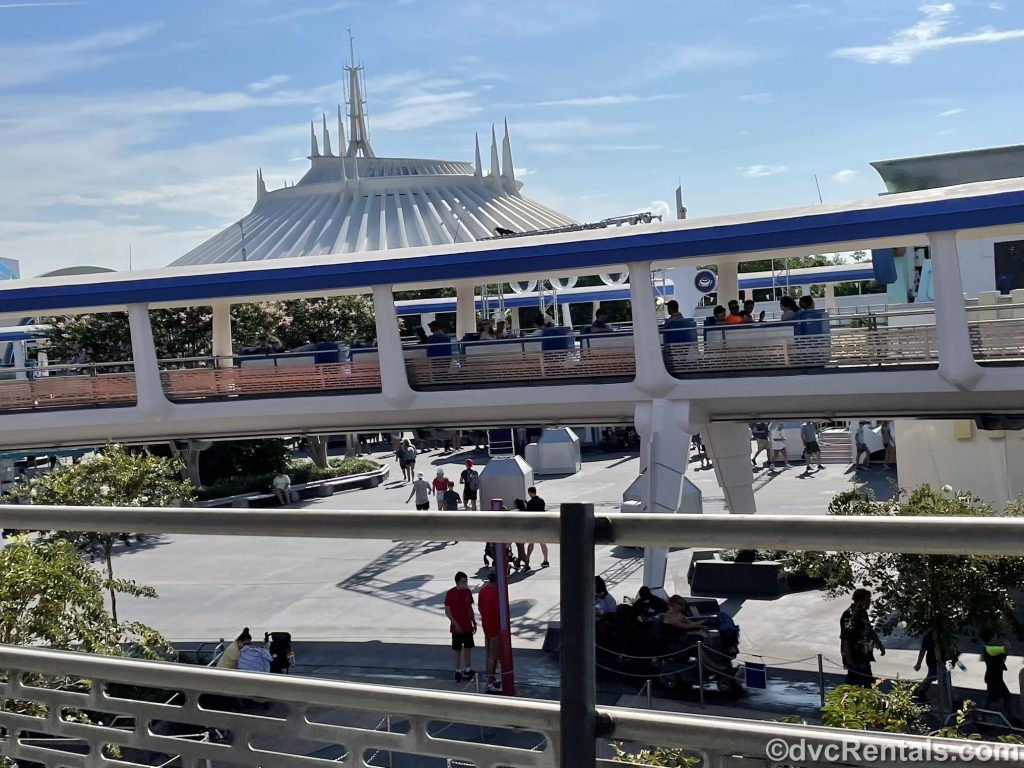 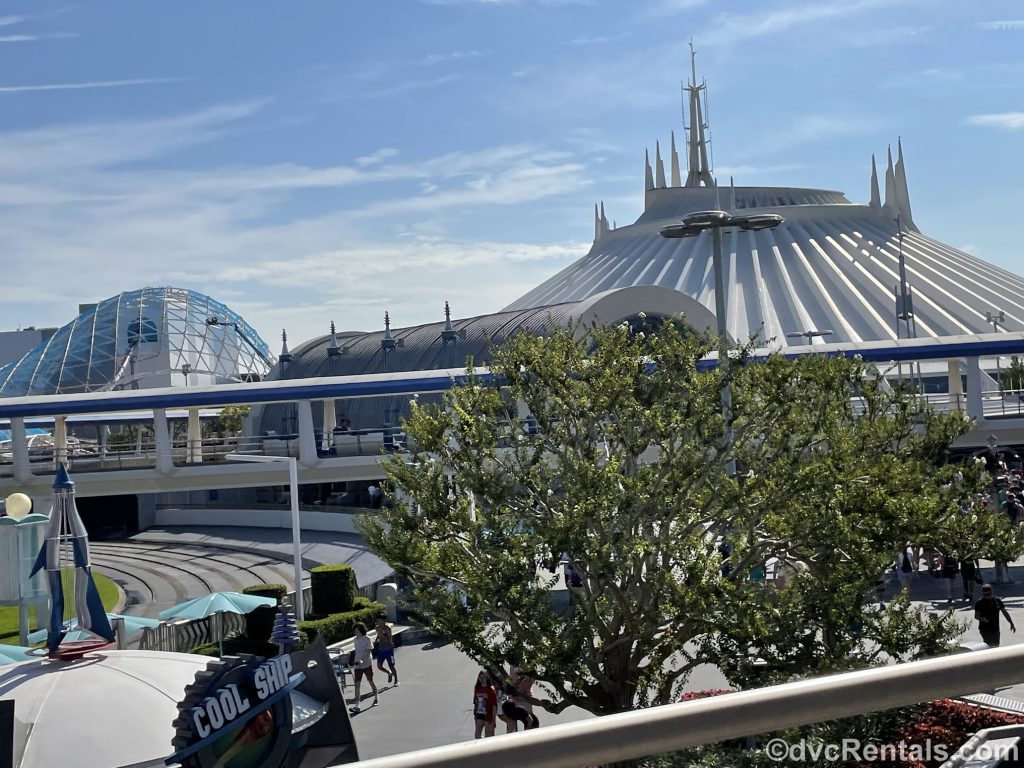 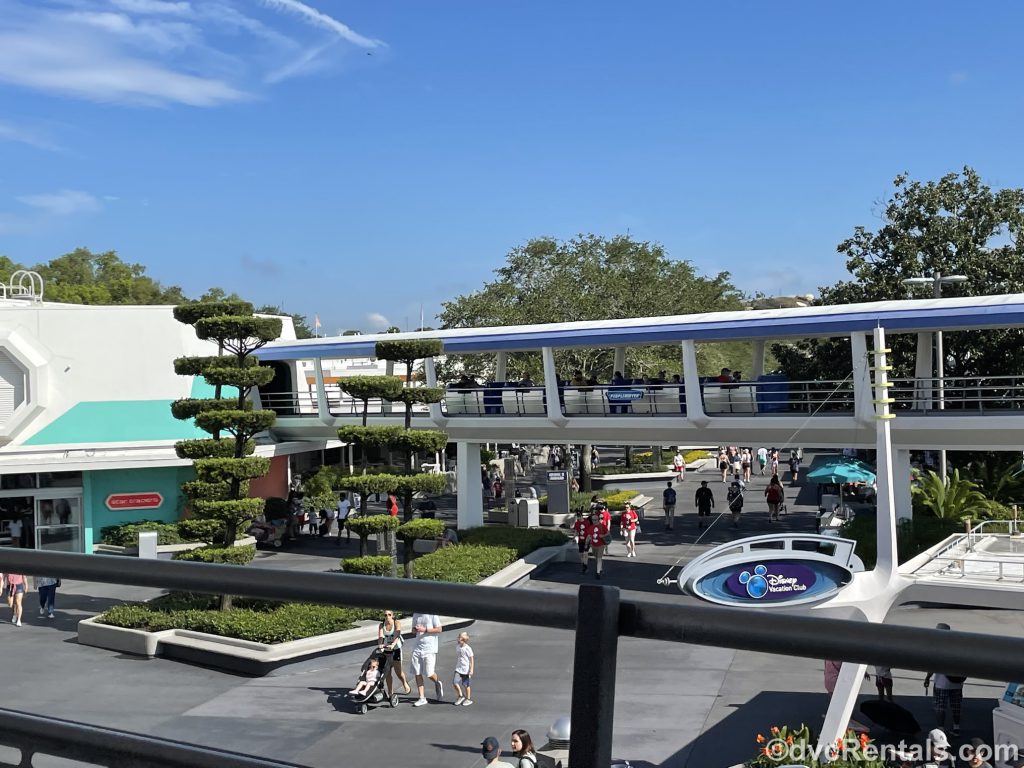 No wonder the PeopleMover is a fan favorite! 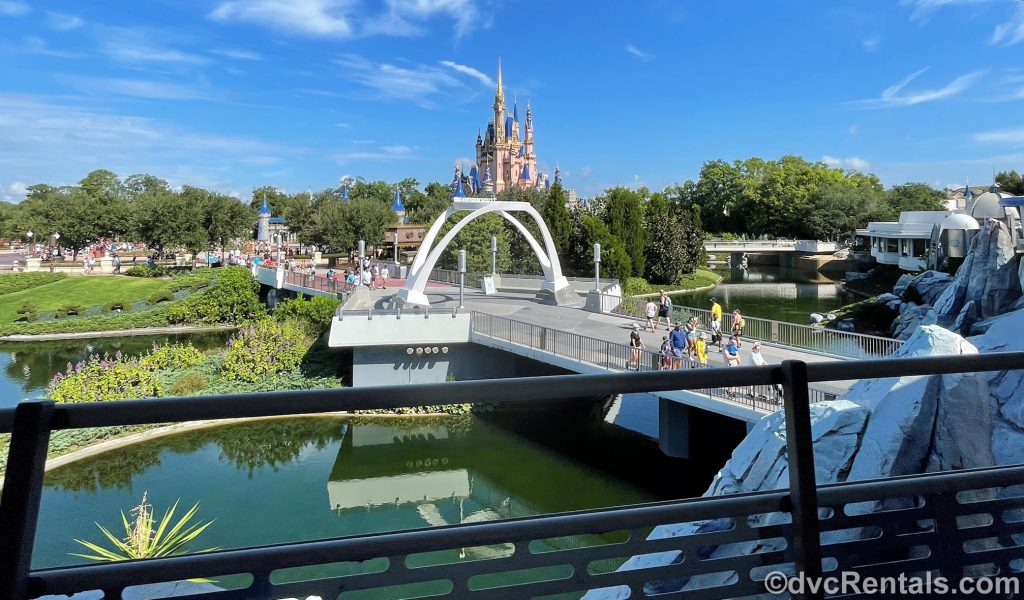 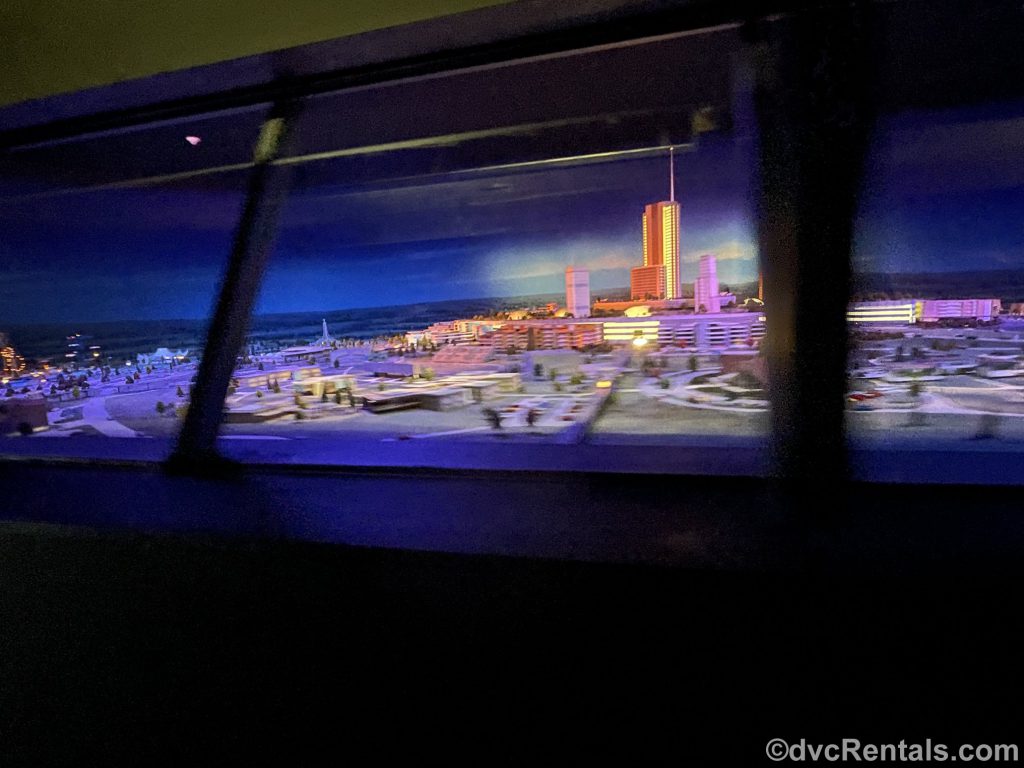 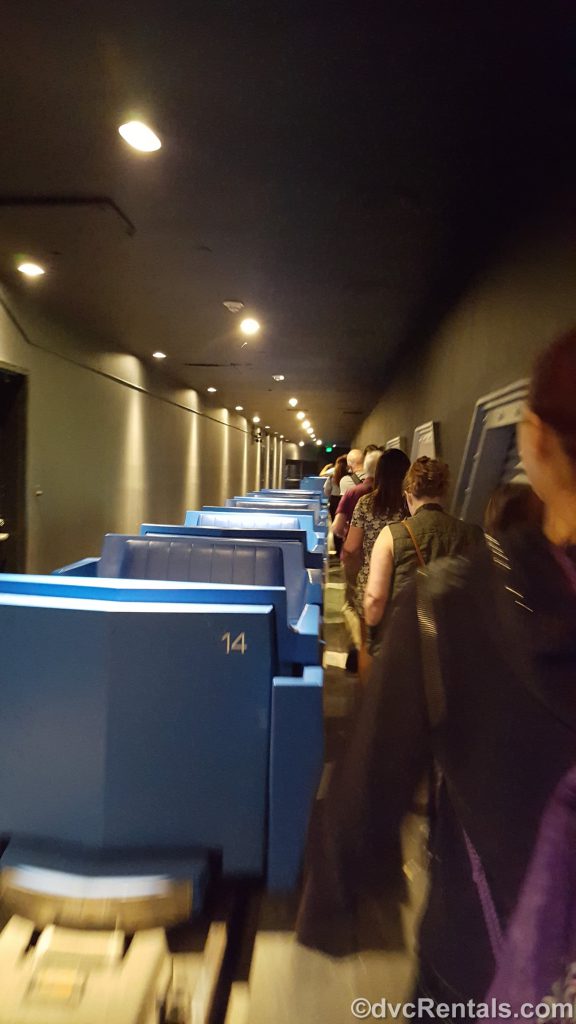 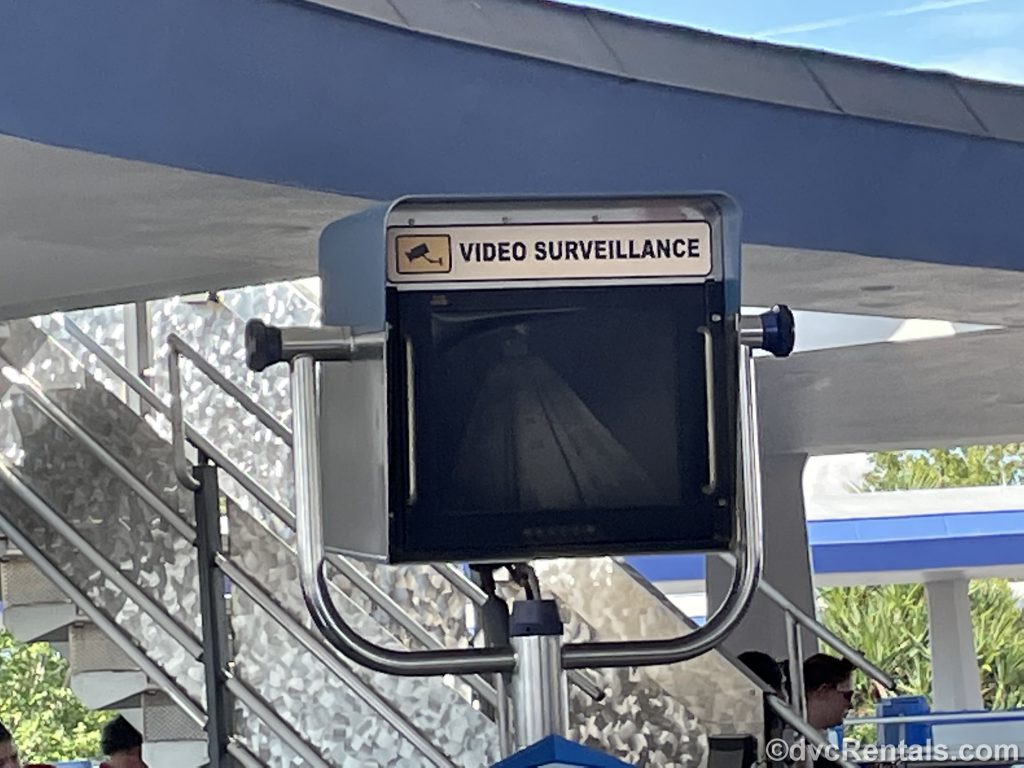 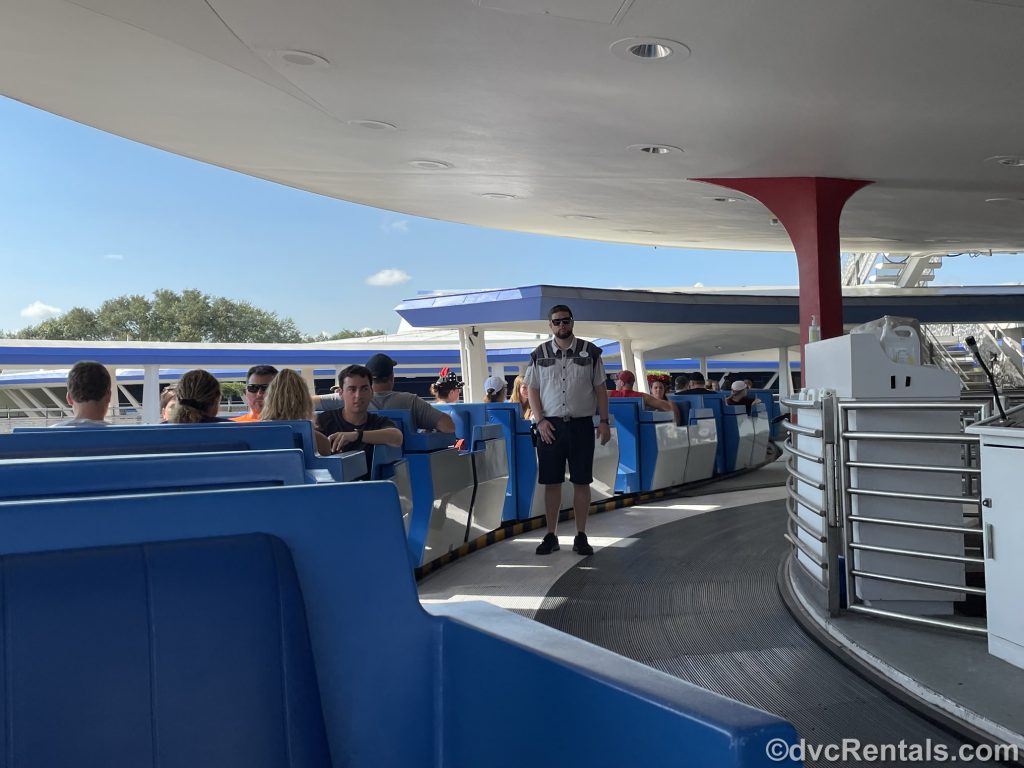 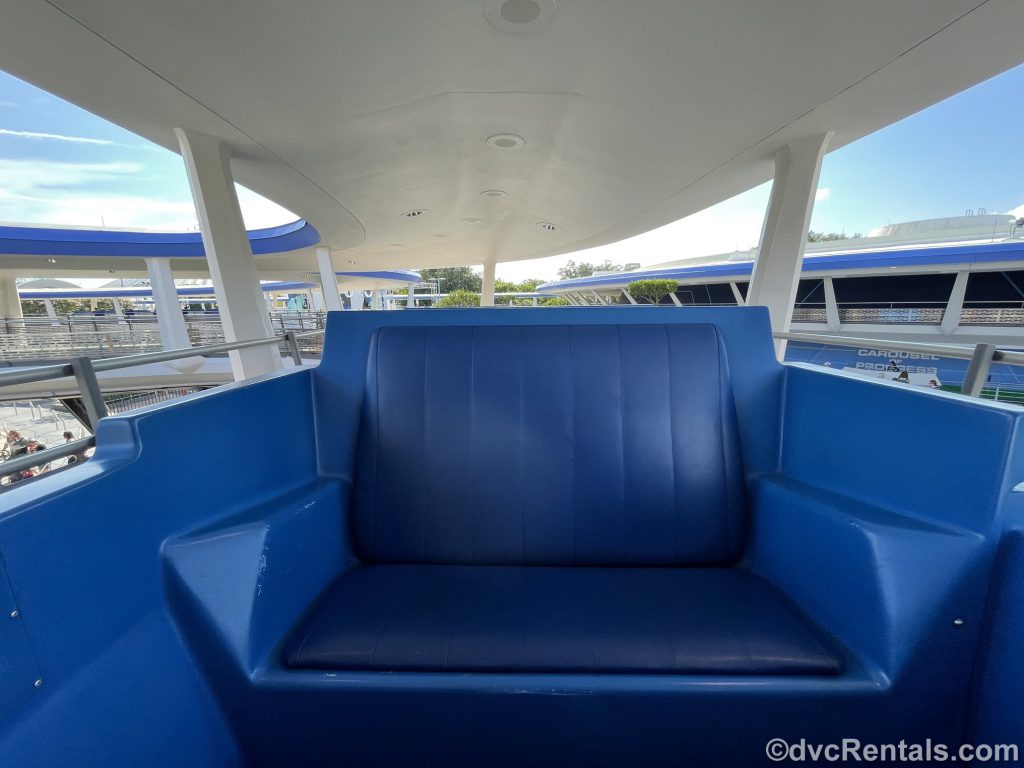