The Muppets Haunted Mansion on Disney+

Are you a Muppet fan? Do you love the Haunted Mansion at Walt Disney World or any of the Disney Theme Parks? Or, even better, are you fond of both? 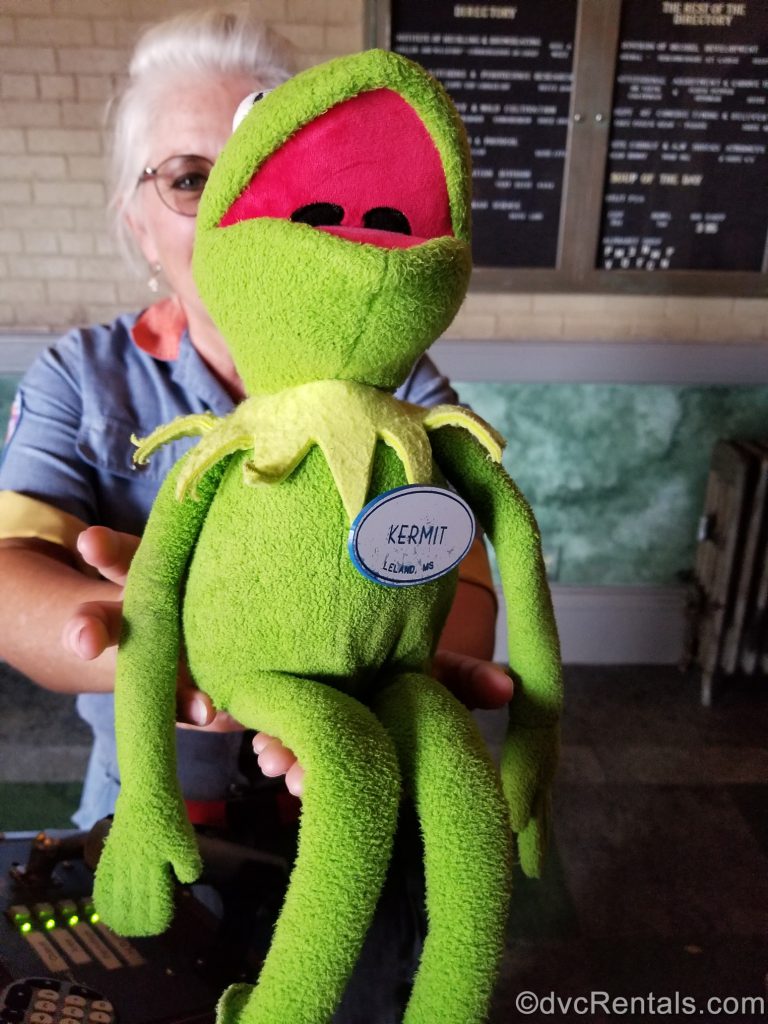 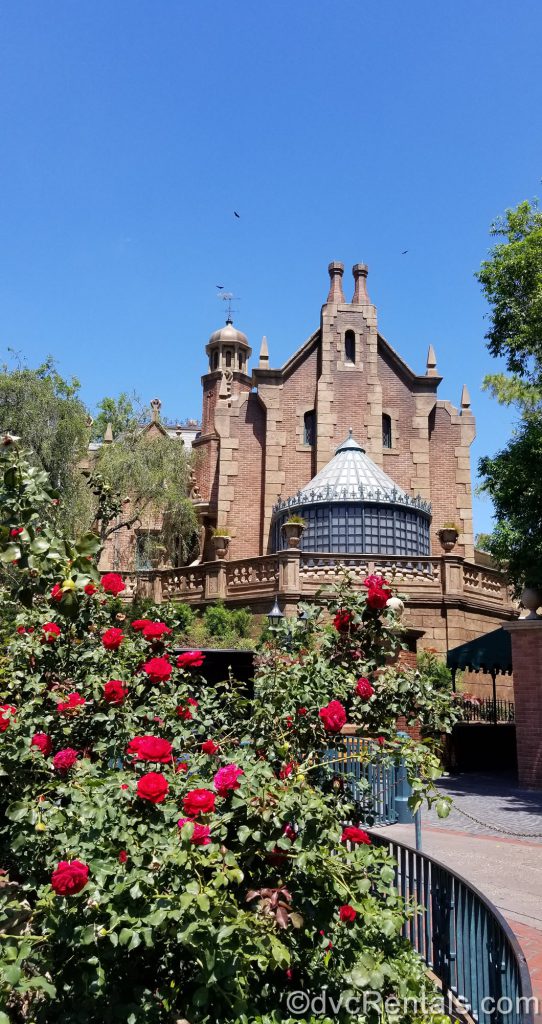 I fall into the latter, and I was so excited to see the Muppets Haunted Mansion. The 50 minute show debuted on Disney+ on October 8th of this year, and I was not disappointed; I thought it was GREAT! I consider it the best movie ever about the mansion and one of the best Muppets films I have seen. Even if you aren’t big on the Muppets or the Haunted Mansion, this film is worth watching; it’s so well done. 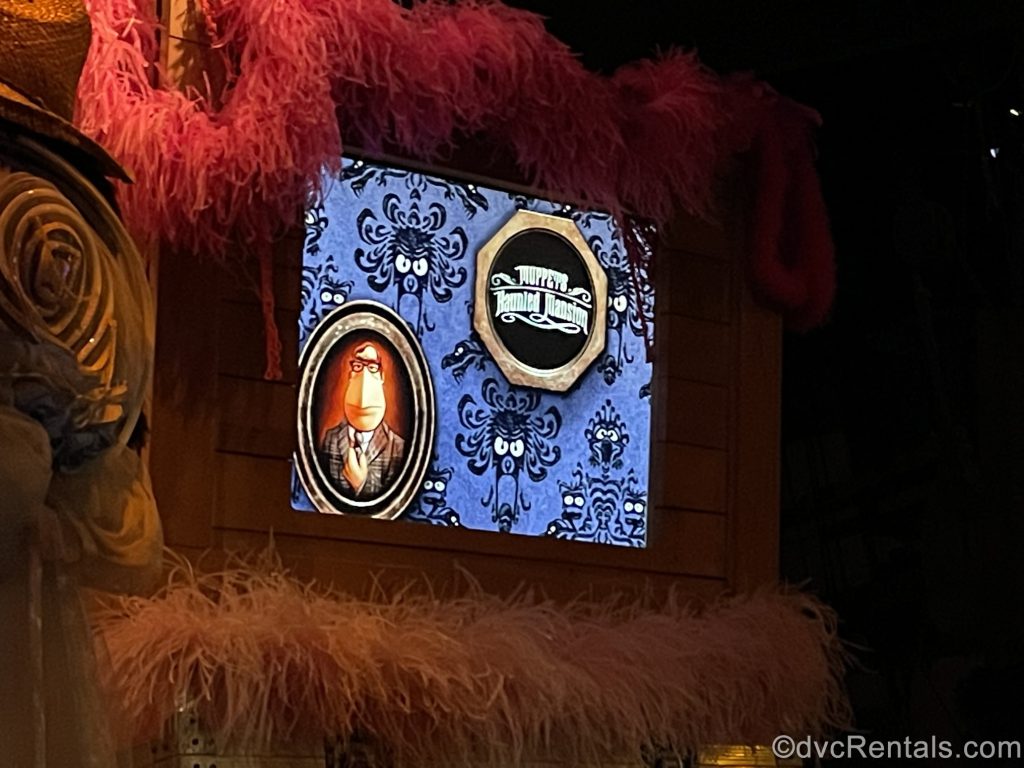 The Muppets humor is a combination of satire, sarcasm, and sentimentality, with some irreverence added for good measure. This is a balance that isn’t easy to achieve, and indeed some recent Muppet forays were not well received by some Muppet fans. I think most, if not all, Muppets lovers will agree that this time, they got the Muppet “attitude” right. As a bonus, there are shout-outs to some of the older beloved Muppets movies, which are worked in perfectly with the plot.

There are so many references to Disney’s Haunted Mansion it was hard to keep track. Suffice to say you will recognize many famous scenes and hear many well-known quotes from the attraction. The mash-up of the mansion and the Muppets is amazingly well done. It’s one of those films you want to watch repeatedly because there are so many “Easter Eggs” for fans.

The film has some famous humans in it, as most Muppet movies do. Some have short cameos; others have larger roles. Expect to see Gonzo joined on this musical adventure by Will Arnett, John Stamos, Taraji P. Henson, Darren Criss, Yvette Nicole Brown—and even Pat Sajak! Part of the fun is realizing who you’re looking at. When I first saw Pat, I had to rewind to see if I imagined it or not. I won’t tell you where he appears, but suffice to say, he’s in a very famous mansion scene.

Here are the basics of the movie, which by the way, is the first time a Muppet film has revolved around Halloween. Kermit and his buddies spend this night at a Halloween party. The costumes they wear are extremely funny, the party scene is very cute, and for fans of the old Muppet TV Show, it will look familiar. But Kermit is not the star of the movie; in fact, we don’t see him or many of the other Muppets much at all. 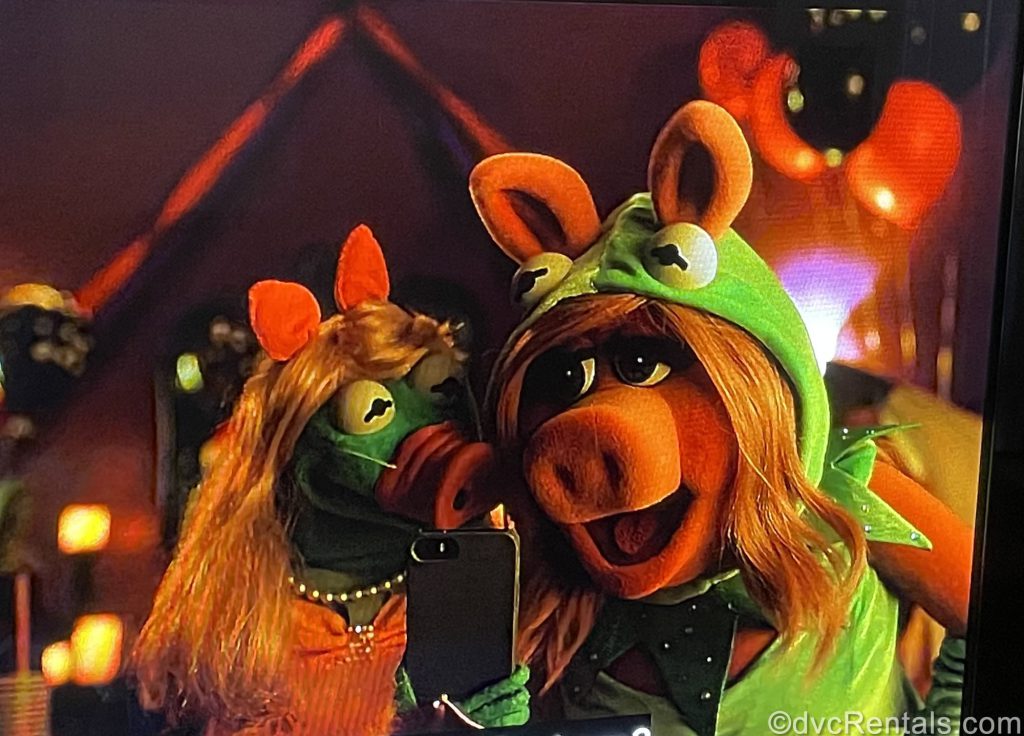 The Great Gonzo and Pepe the Prawn are the main characters. Gonzo isn’t at Kermit’s party, as he has received a challenge. He must visit The Haunted Mansion and stay overnight. We learn that 100 years ago, on this night, a famous magician known as Great MacGuffin disappeared. Others have gone to find him and not returned. Gonzo feels he must accept the challenge to stay at the Haunted Mansion to prove his bravery because, after all, he is the Great Gonzo! Pepe comes along because he mistakenly believes there will be many famous people at the Mansion. 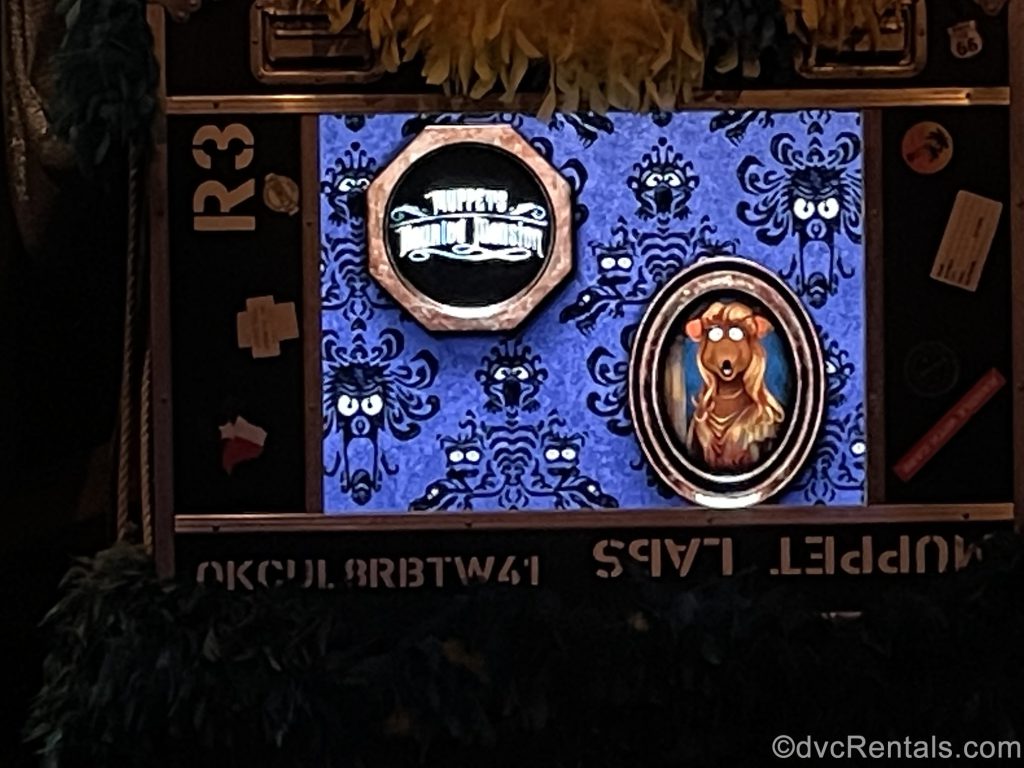 He thinks knowing a celebrity will make him more attractive to females. So off they go. During their time there, they have a lot of fun and also face some of their biggest fears. If they can’t face their fears, then they must join the 999 other Happy Haunts at the mansion forever!

Don’t expect to see an exact replica of Disney’s Haunted Mansion, but you will see each scene of the ride from Walt Disney World well represented in the movie somewhere. For example, at first, you see what appears to be the usual familiar purple wallpaper pattern. On closer look, it’s very different…The stretch room portraits are there, but again, not what you’d expect to see. The room is a wonderfully detailed rendition and instantly recognizable. 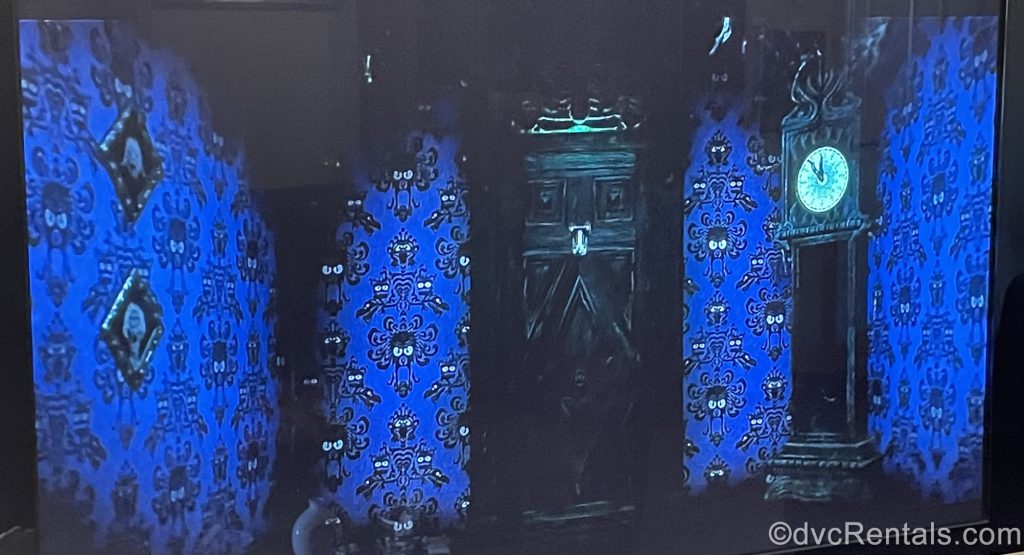 Not only are the visuals you see of the Haunted Mansion amazingly accurate, but you will also hear lines you have heard many times at the Mansion weaved into the script perfectly. There is even a shout-out to the song Be Our Guest that fits in beautifully in the film. The writing is very clever.

Happily, none of this feels forced at all. Both the Muppets and the Haunted Mansion are blended together perfectly. I was truly impressed; it comes off as quite the labor of love. The better you know the Haunted Mansion, the more you will “get” the references, but it’s not at all necessary to know the Mansion to thoroughly enjoy the film. Sometimes Muppets appear in scenes when you don’t expect them to, and this makes the story even more fun. Madame Pigota, anyone? 😊

As all Muppet movies do, the plot varies from silly/funny to sentimental—and this particular one adds a spooky—but not truly scary—touch. I was impressed at the great job they did mashing up the Muppets and the Haunted Mansion. It’s one of those movies I know I will watch a number of times, there’s so much to see, and it’s so much fun. The ending has a wonderful shout-out to the original Muppet Movie.

Currently, the preshow at MuppetVision 3D in Disney’s Hollywood Studios has changed to showcase the new movie. 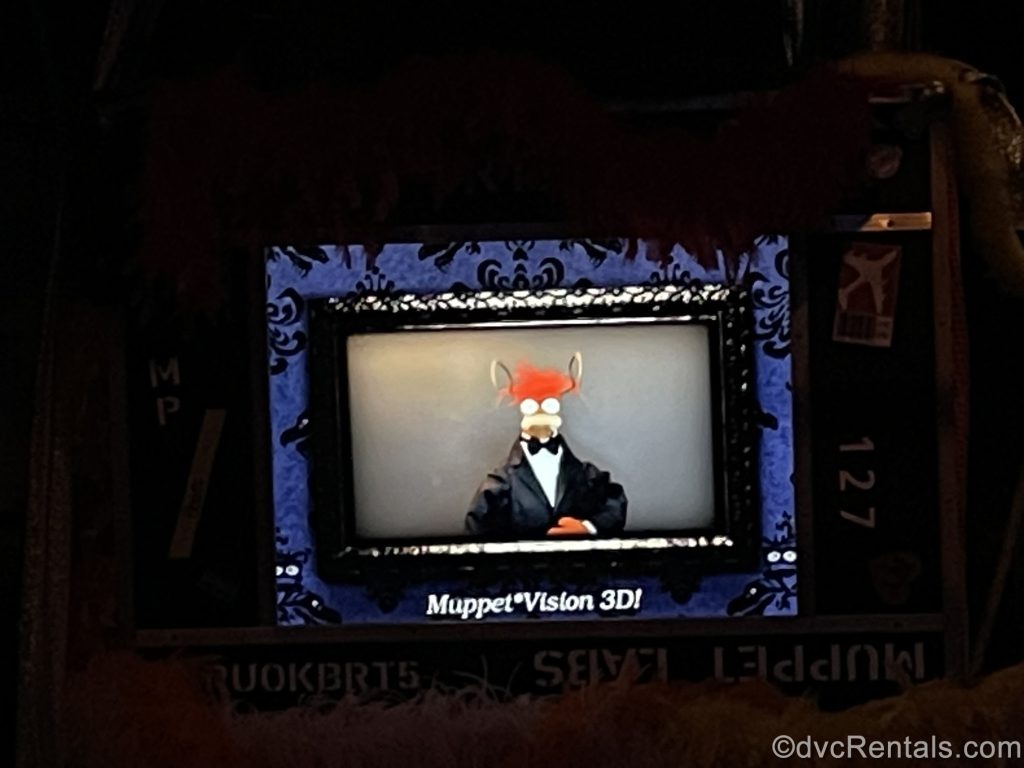 There is also a special Photopass opportunity at the Haunted Mansion in the Magic Kingdom that ties in with the film. Both of these are limited-time events.

If you’d like to see some trailers for the movie, Disney+ has a YouTube Channel here: https://www.youtube.com/c/disneyplus 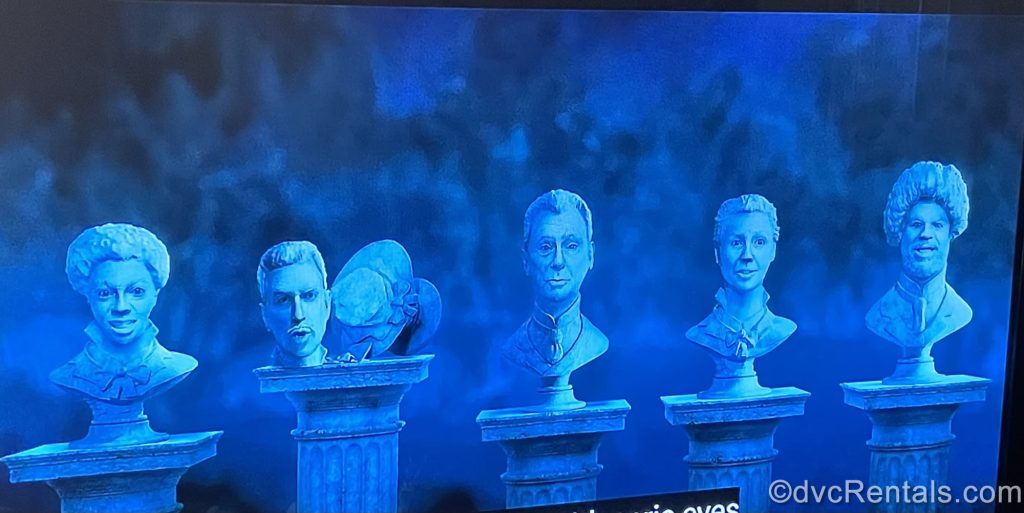 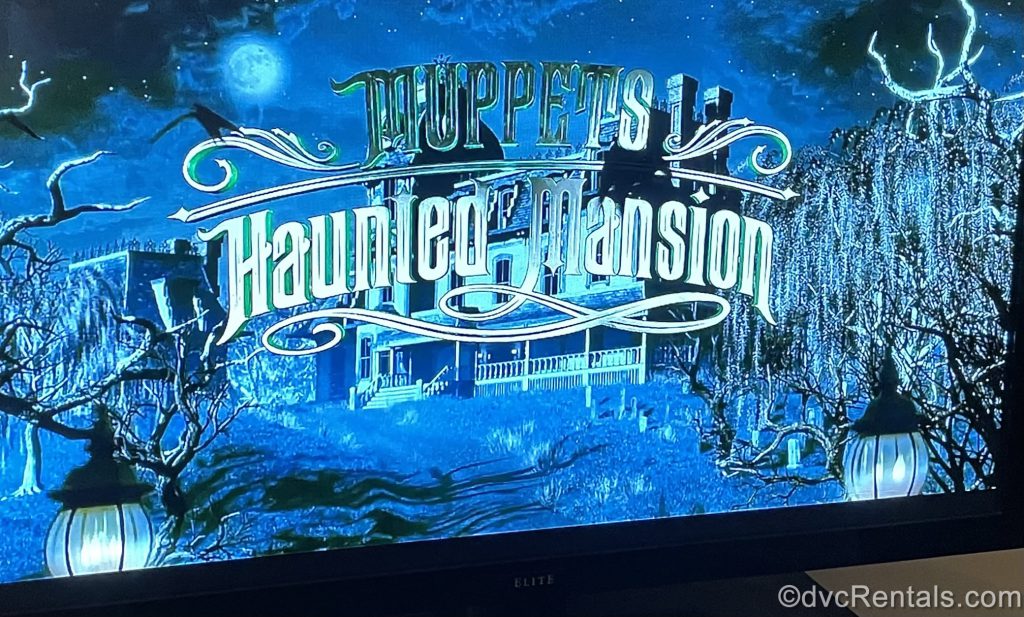