The History of It’s a Small World

An Opening Day attraction at Walt Disney World on October 1, 1971, It’s a Small World can currently be found at all the Disney Parks worldwide, with the exception of Shanghai Disneyland. Many people know the song associated with the ride, even if they have never experienced the actual attraction. 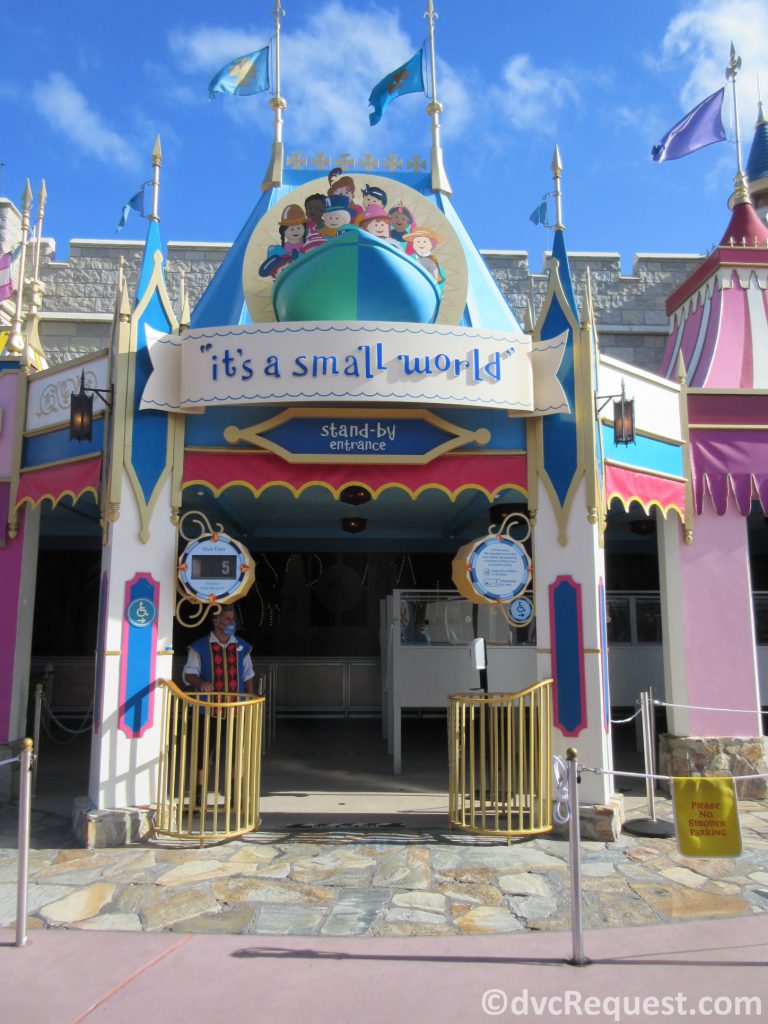 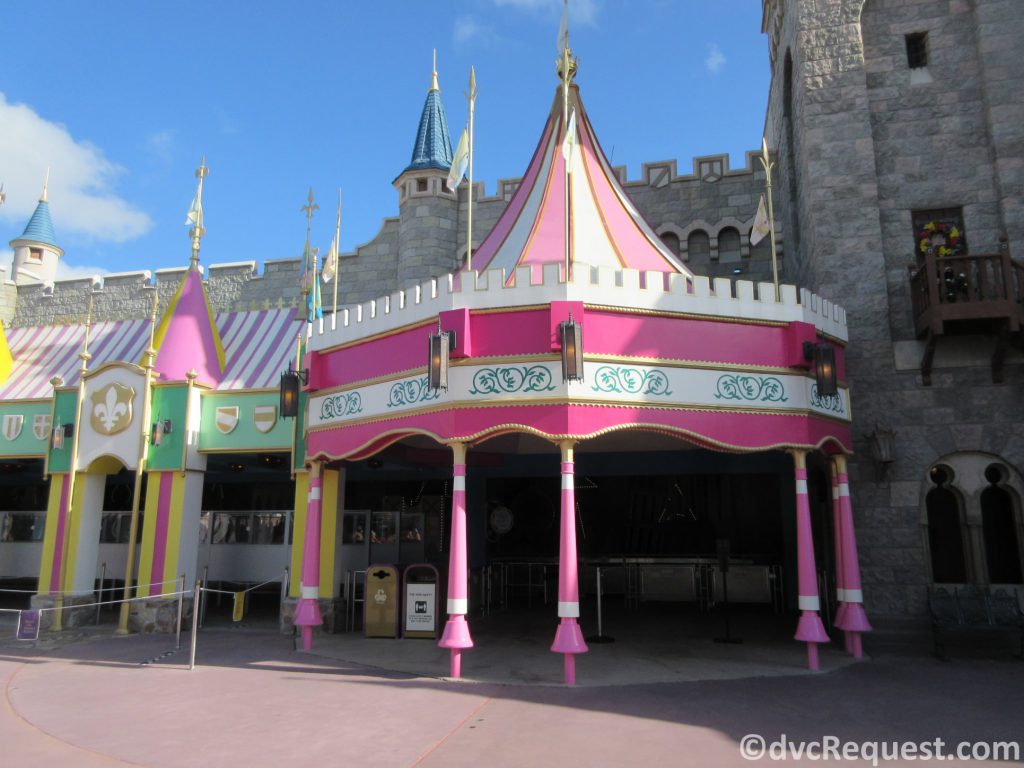 It’s a Small World has a very long and rich history. Let’s start at the beginning. The ride was originally built for the 1964-1965 New York World’s Fair UNICEF pavilion. Its initial name was Children of the World, and the attraction was sponsored by the Pepsi Cola Company. Children of the World was one of four attractions Disney was building for the Fair, as Walt was testing the waters. He wanted to know if a new theme park built on the East Coast would be as successful as Disneyland, and by bringing his rides to the Fair, he could gauge interest. He was also a shrewd businessman. The attraction was paid for by Pepsi, but it was Walt’s to keep after the Fair ended.

It’s a Small World “stars” children from around the globe singing the title song, often accompanied by dance, and all are dressed appropriately for their country. The background of the scenes features landmarks from the countries the dolls are from. It’s a fun ride and known as “The Happiest Cruise That Ever Sailed.” 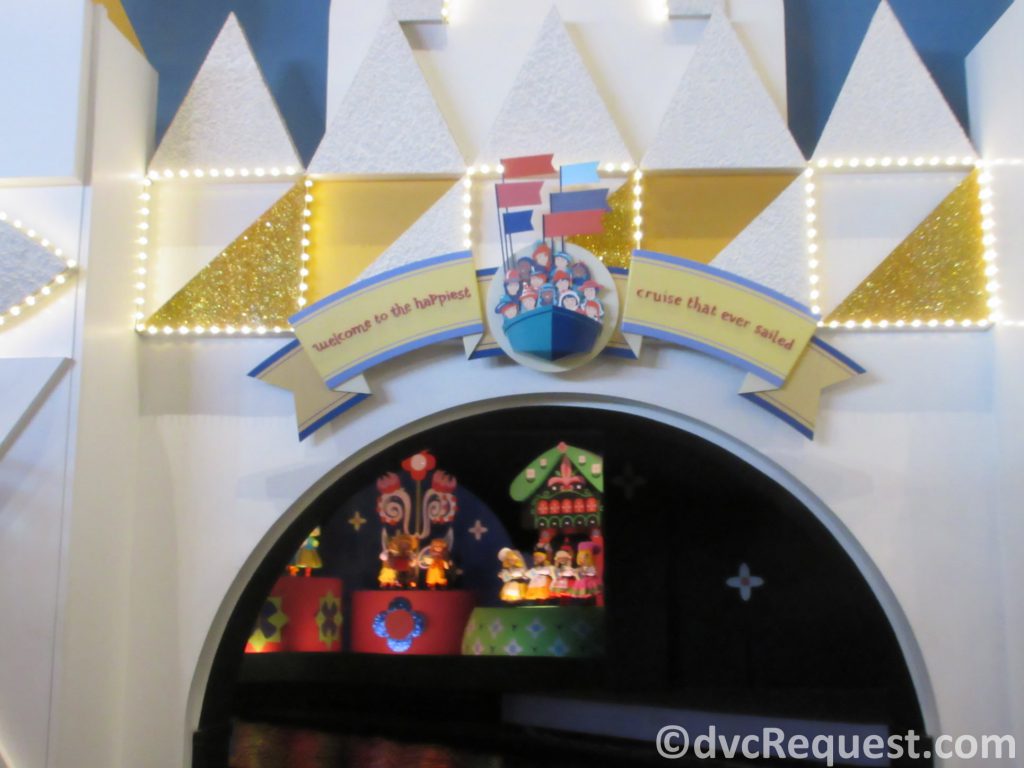 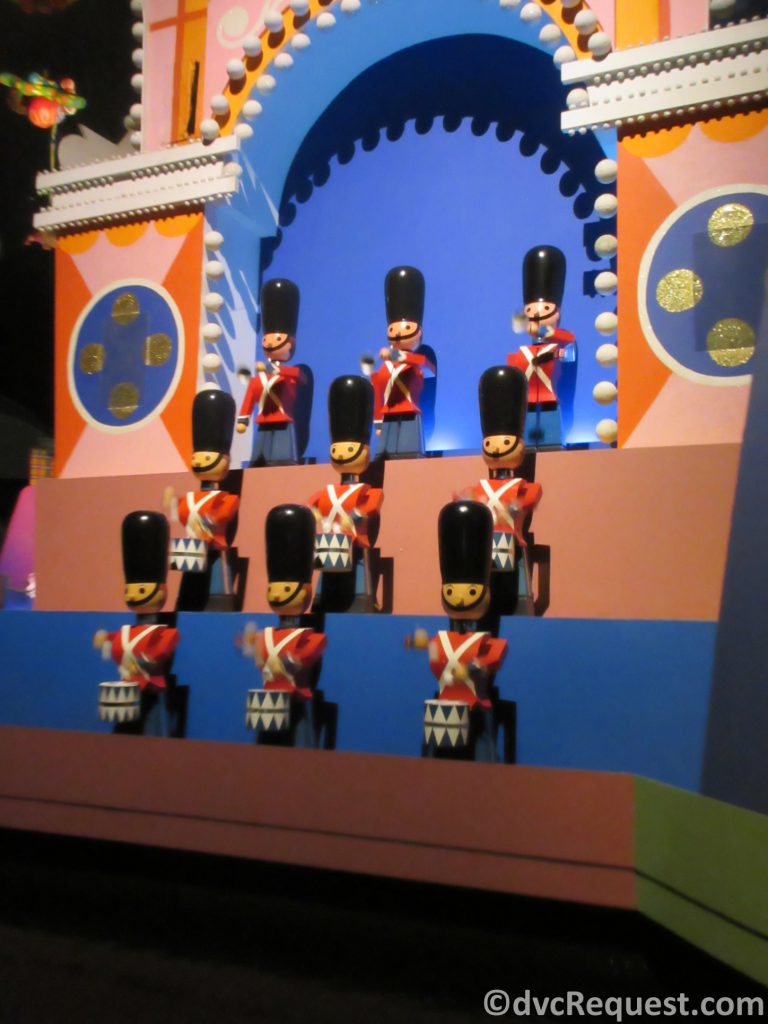 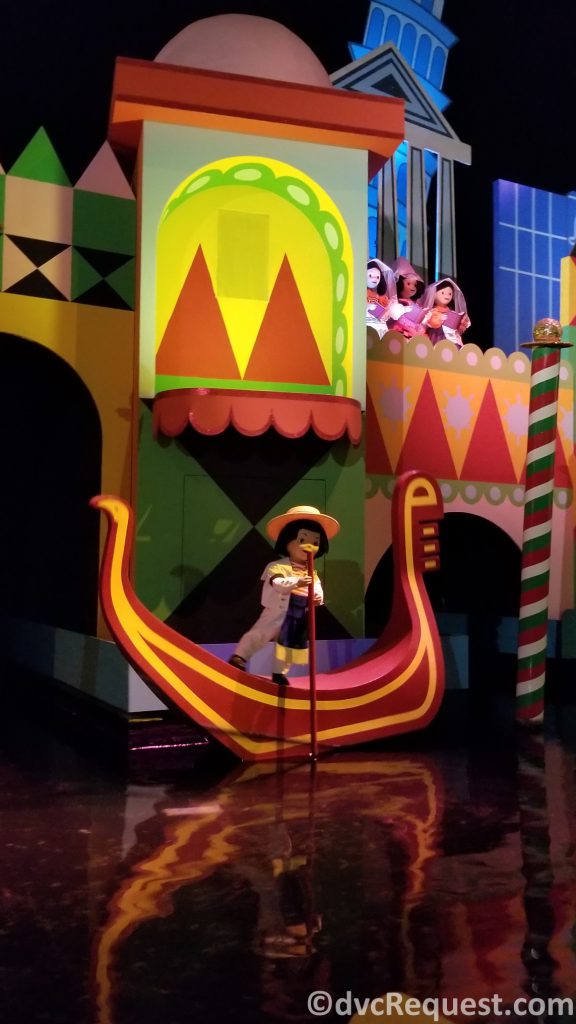 The ride was imagined by WED (Walter Elias Disney) Enterprises, now known as Walt Disney Imagineering. A Disney Legend (a high honor reserved for the very best Imagineers) now, Claude Coats, a background painter who eventually became a well-respected Imagineer, designed the path the boat would travel on. 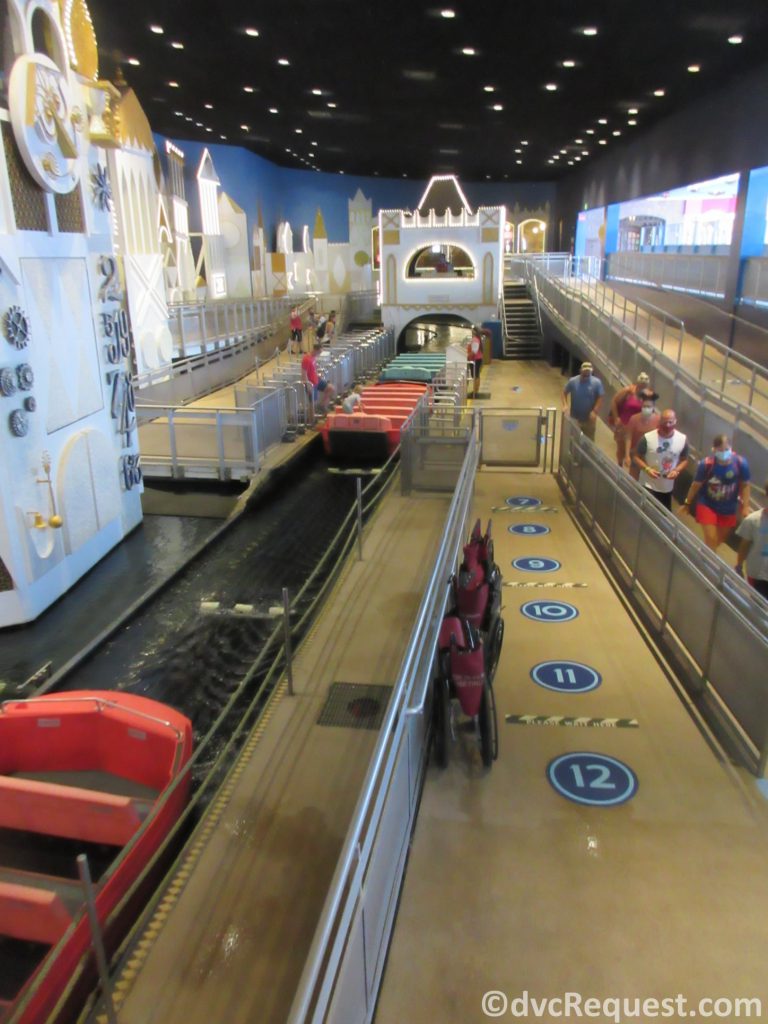 Another Disney Legend, Marc Davis, a former Disney animator, was the art director and did most of the planning for the attraction. Mr. Davis was involved in many Disney Animated movies, as well as Imagineering such great attractions as Carousel of Progress, Pirates of the Caribbean, The Haunted Mansion, and more. Mark’s wife, Alice Davis, made the costumes for the dolls. Mary Blair, the very talented artist/Imagineer (Among other things, Mary did the huge sculpture you see in the center of the building when you ride the monorail into the Contemporary Resort), added additional stylistic flair to the dolls. She too is a Disney Legend, as is Bob Gurr, transportation maven, who (among other things) devised the boat system for Small World, which would be also be used on attractions like Pirates of the Caribbean (More about that later). 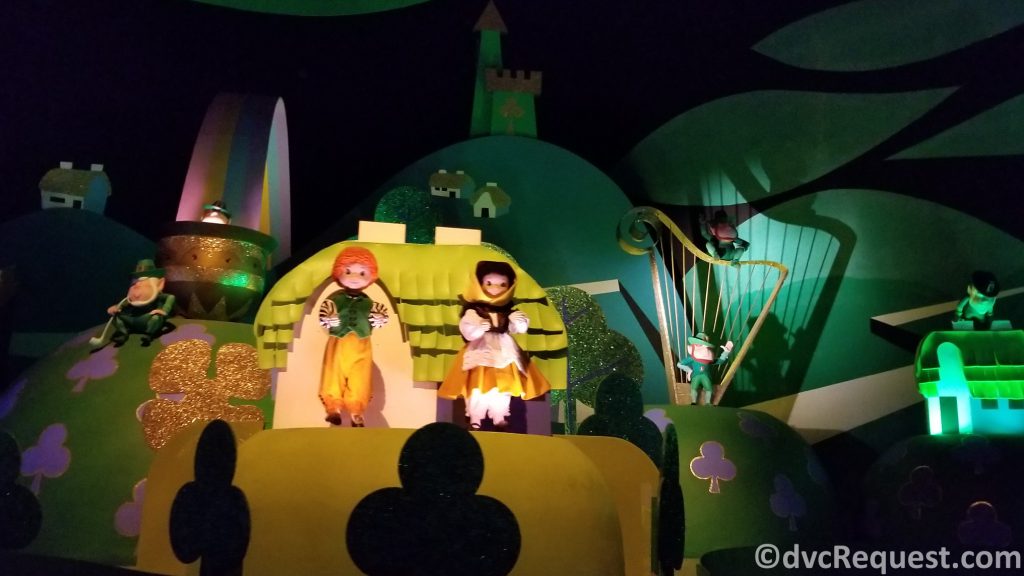 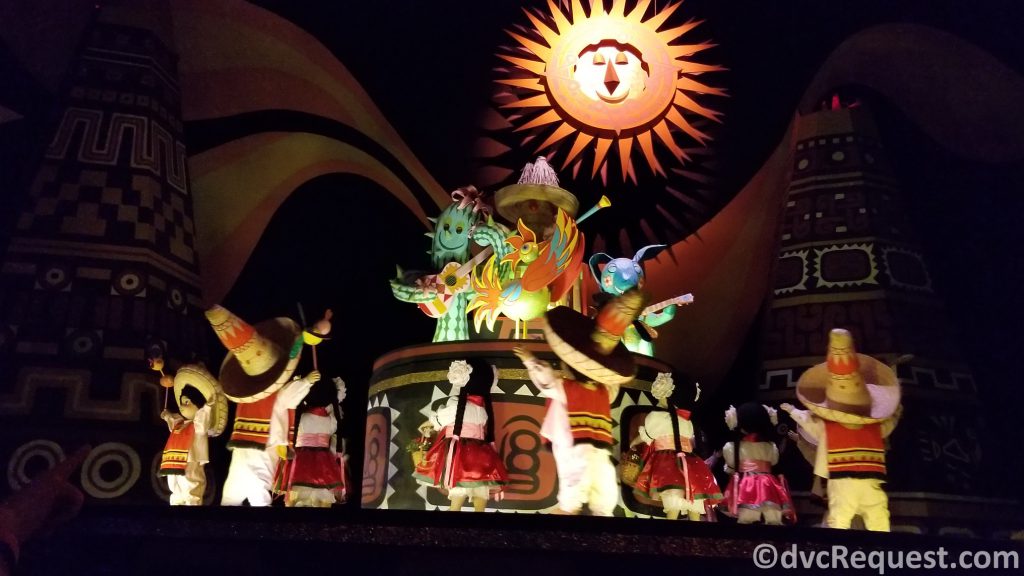 Imagineer Blaine Gibson sculpted the characters. Gibson sculpted for many Disney attractions, including Jungle Cruise, The Haunted Mansion, Tiki Room, and the Hall of Presidents (up until G.W. Bush), and he too is an official Disney Legend.

It’s a Small World was constructed at the Walt Disney Studios in Burbank, CA, in only 11 months. Once completed, it was shipped to the New York location, one piece at a time. The ride was an instant hit on April 22, 1964, the day the NY World’s Fair opened.

Lines were often quite long, in spite of it being one of the few attractions that cost extra money to experience (in addition to the entry fee to The Fair). Approximately 40,000 people PER DAY went on the ride, and by the end of it’s run at the Fair, over 10 million guests had experienced the attraction! The ride cost .60 tickets for kids and .95 tickets for adults; the money collected was donated to UNICEF. I was 10 years old in 1964 and lived in Queens at that time, not far from the NY World’s Fair. I was lucky enough to go to the many times with my family. My Mom collected dolls, so she adored It’s a Small World; consequently, a trip to the Fair always included a visit to the attraction, and riding it in Florida brings back wonderful memories for me.

The original title of the attraction song was slated to be “Children of the World.” Walt Disney wanted a simplistic song that could be translated and sung in different languages. The Sherman Brothers, who wrote many songs for Disney (including all of the tunes in the movie Mary Poppins and other Park attraction songs), wrote It’s a Small World using Walt’s instructions. Mr. Disney was so enamored of the song that he renamed the attraction to It’s a Small World.

When the NY World’s Fair closed in October of 1965, It’s a Small World was shipped back piece by piece to the Fantasyland area of Disneyland in California. Part of the façade that adorned the attraction at the World’s Fair could not be safely moved. So, Disney Imagineer Rolly Crump designed a new exterior with a large clock face that is still in place at Disneyland. This new façade matched the look of the interior and showcased well-known world landmarks. 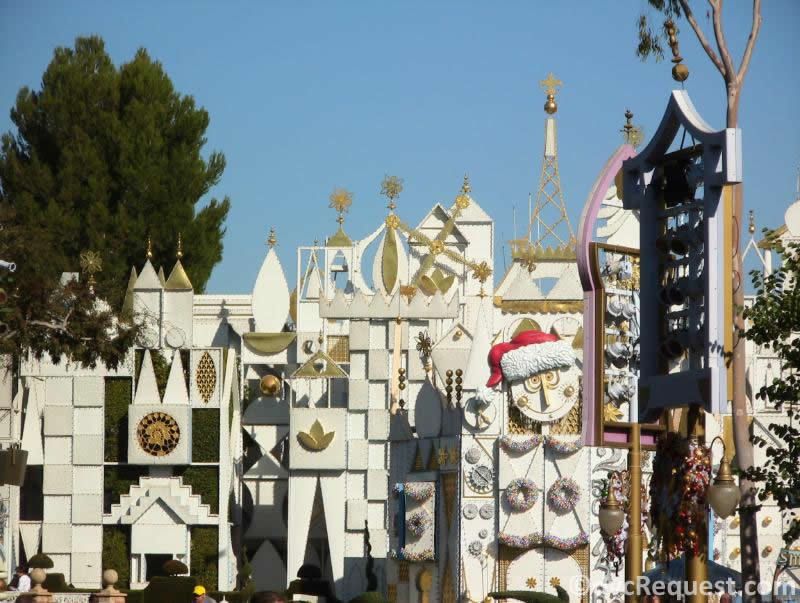 As mentioned earlier, It’s a Small World was an opening day attraction at Walt Disney World. Much of the ride itself is the same as its West Coast counterpart, but the queue in Florida is indoors, and the clock is smaller.  Additionally, the Disneyland version has topiaries on the exterior and, in 2008, added some well-known Disney characters to the attraction itself. 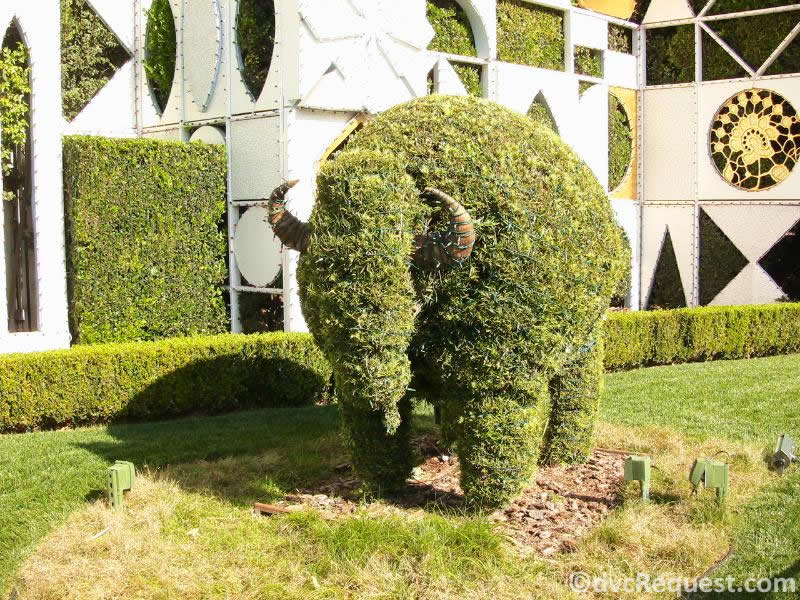 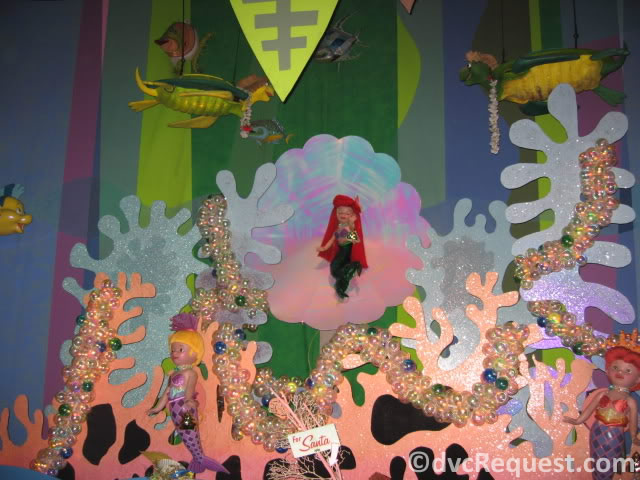 Walt Disney World does not have topiaries or Disney characters as part of It’s a Small World. Another difference is during the winter holidays at Disneyland (and also at Disneyland Paris and Tokyo Disneyland), a holiday overlay with over a million lights, many decorations, and seasonal music is added to the attraction. This does not occur in the Florida version. 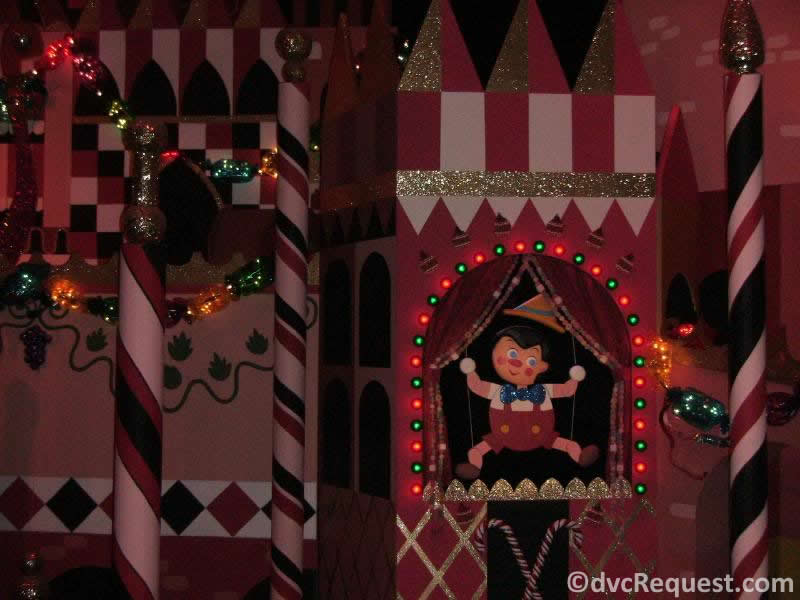 A few fun facts about It’s a Small World: 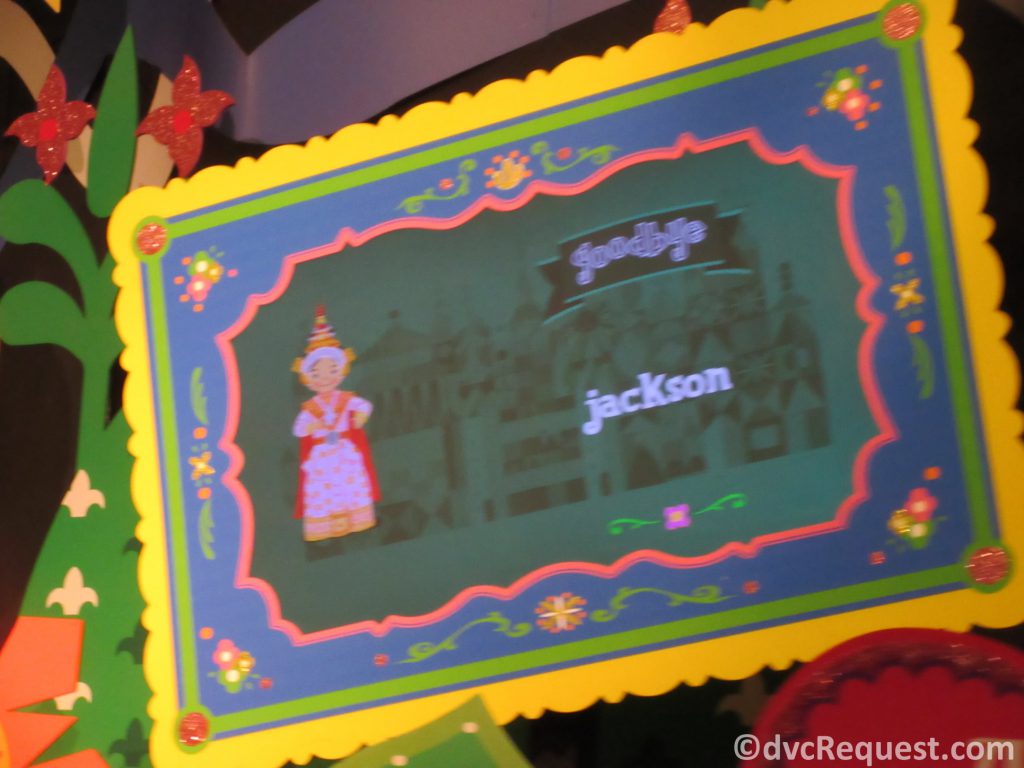 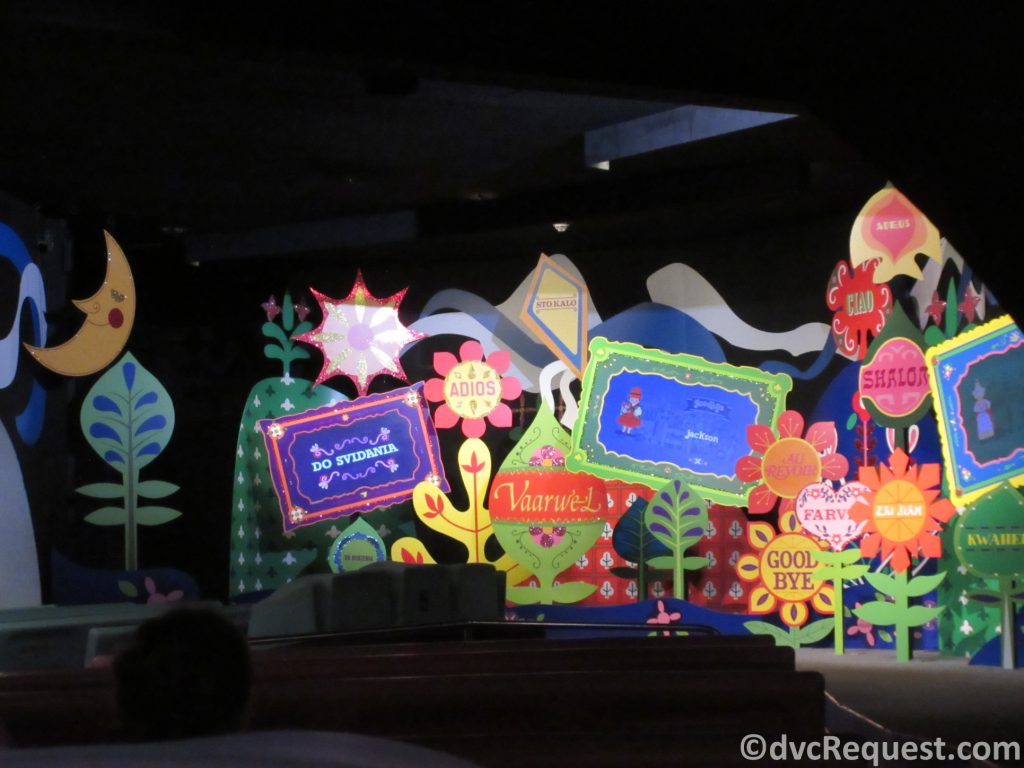 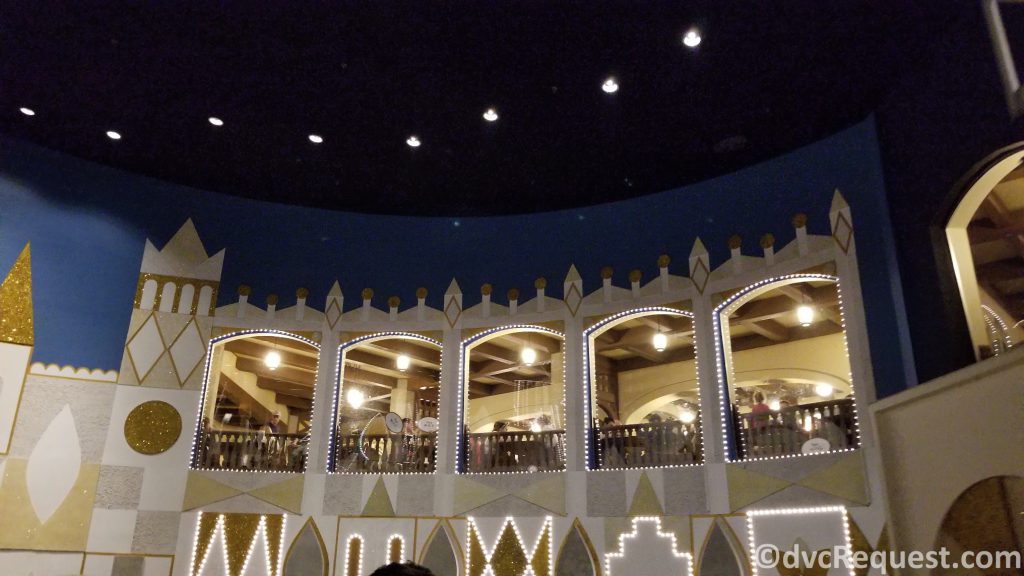 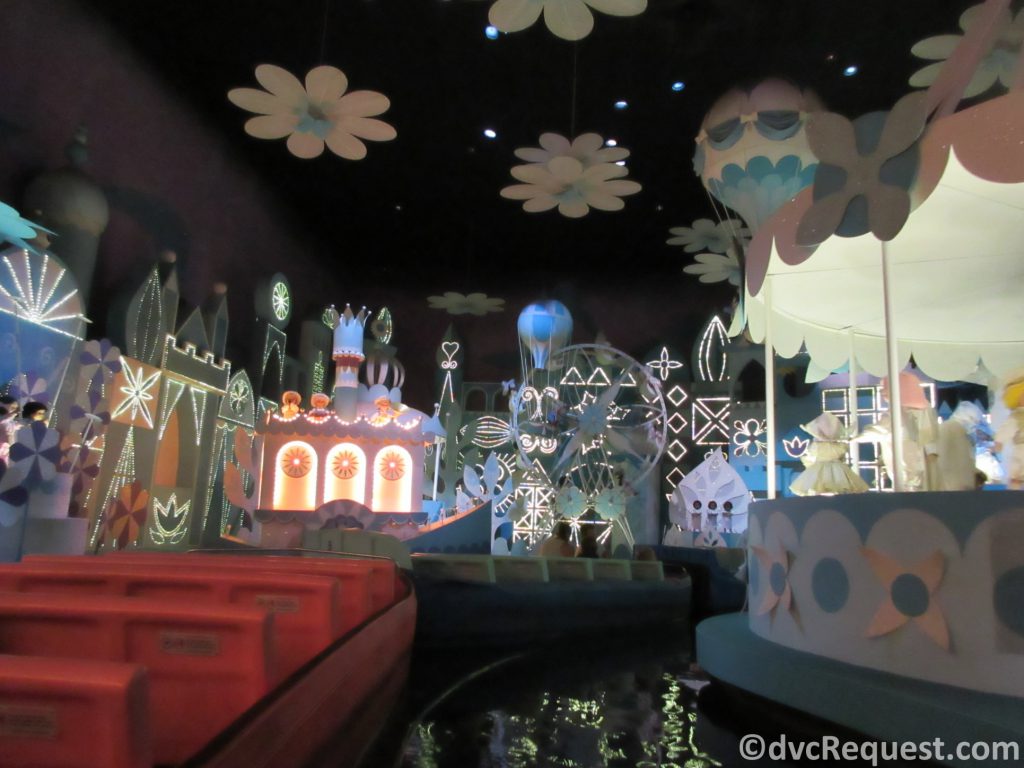 I hope you enjoyed reading about the history of one of the oldest and beloved Disney attractions. 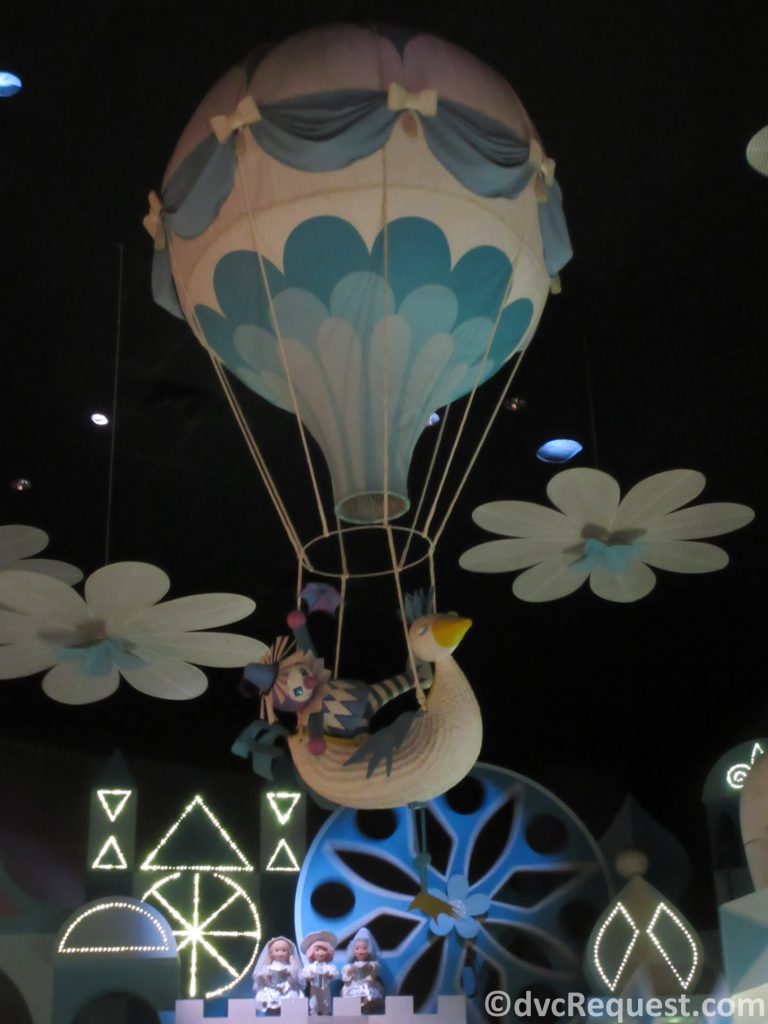 It still holds up after all this time, always fun and upbeat. Here’s a cool video from the Disney Parks Blog, in which Walt and his Imagineers discuss It’s a Small World: 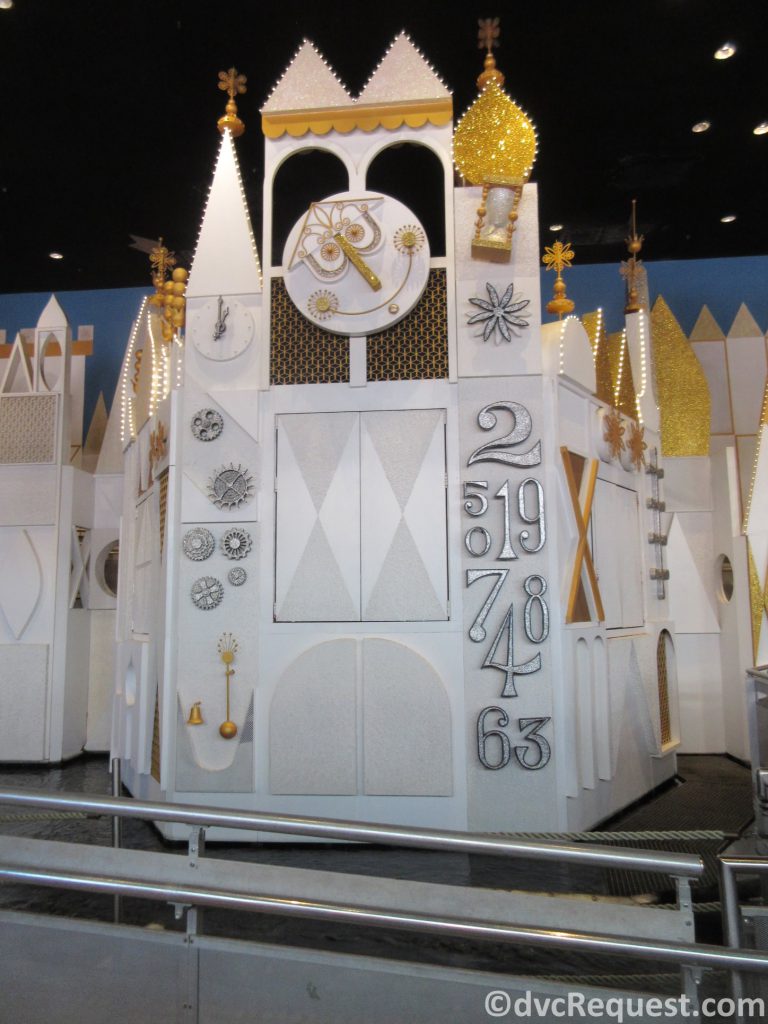