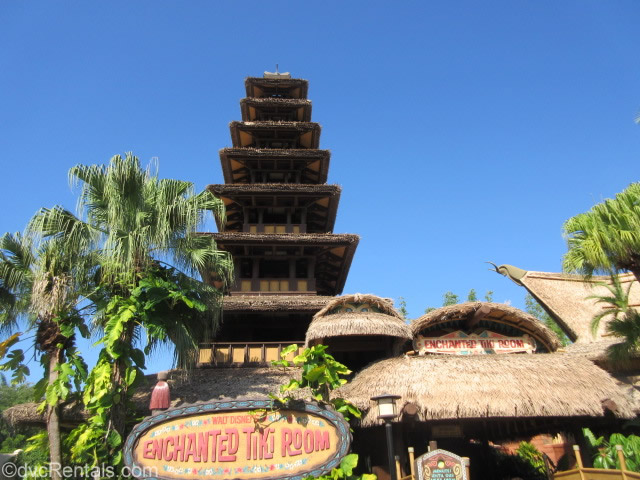 The Enchanted Tiki Room is not a thrill ride; in fact, it’s just the opposite. It is a relaxing, fun-for-the-whole-family, gentle experience. Some guests are not fond of it and consider it old-fashioned, while many others appreciate a quiet but entertaining break from the loud and hectic attractions often found in Disney Parks. 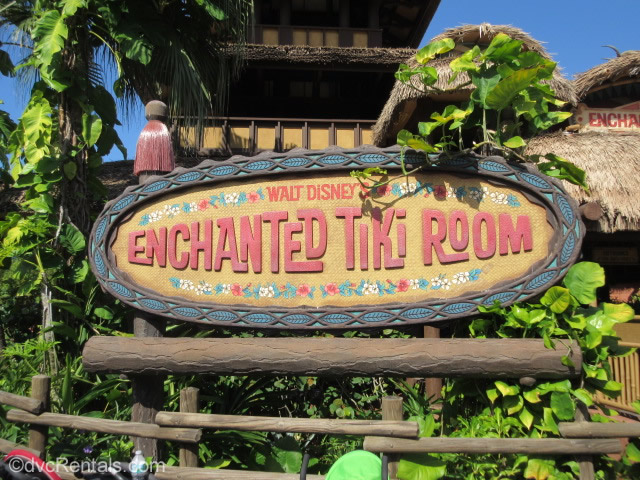 For those who may not be fans of the Tiki Room, but who appreciate the Haunted Mansion and Pirates of the Caribbean, I am here to tell you that without the Tiki Room, more than likely those other attractions would not exist. Audio-Animatronics—the “robots” in many Disney attractions, first appeared in 1963 at Disneyland Park in the form of singing birds in the attraction called “The Enchanted Tiki Room-Tropical Serenade.” 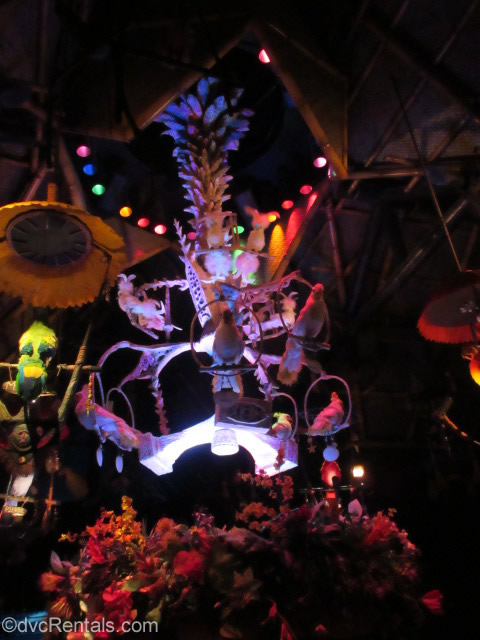 Walt Disney had taken a trip to Mexico and brought back a little singing bird he bought while on his travels. He showed this to his Imagineers and asked them to create life-like figures for use in his theme park. The Audio-Animatronic birds of the Tiki Room were what they came up with. The new (at the time) technology allowed Imagineers to synchronize movement, audio, and visual effects, which, as the technology grew and got more complex, allowed the design of such classic attractions as It’s a Small World, The Great Movie Ride, as well as the aforementioned Pirates of the Caribbean, and the Haunted Mansion. The use of Audio-Animatronics can be found in all four parks at Walt Disney World, and their life-like qualities have improved exponentially through the years as technology has advanced.

A bit about the attraction, for those who may have never experienced it: As its name suggests, the Tiki Room, which is found in the Adventureland section of the Magic Kingdom, is reminiscent of Polynesia, and it is themed accordingly. The outside resembles a large thatched (the foliage isn’t real, but it sure looks real!) hut. 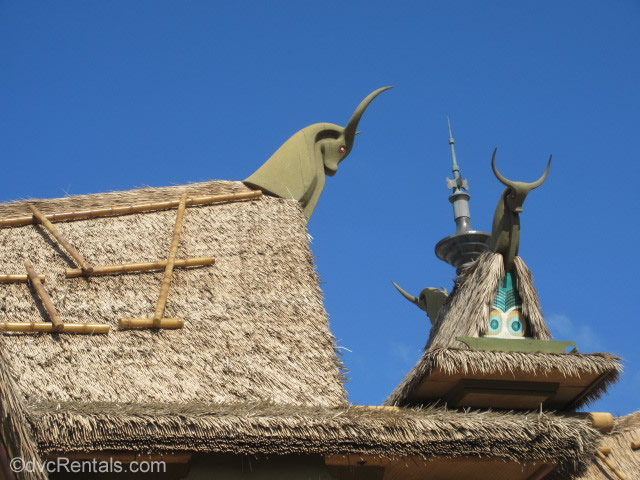 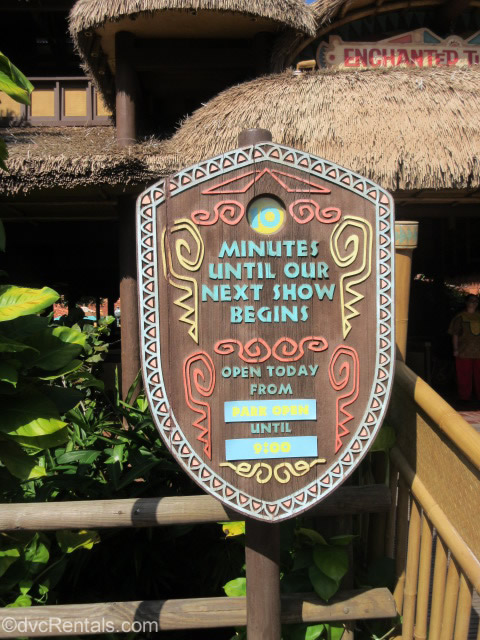 Guests enter the building through a turnstile and watch a 4 minute preshow, which stars two Toucan birds named Clyde and Claude. The birds appear in front of a waterfall and tell a short story of finding the Tiki Room while avoiding animals on the nearby Jungle Cruise attraction. 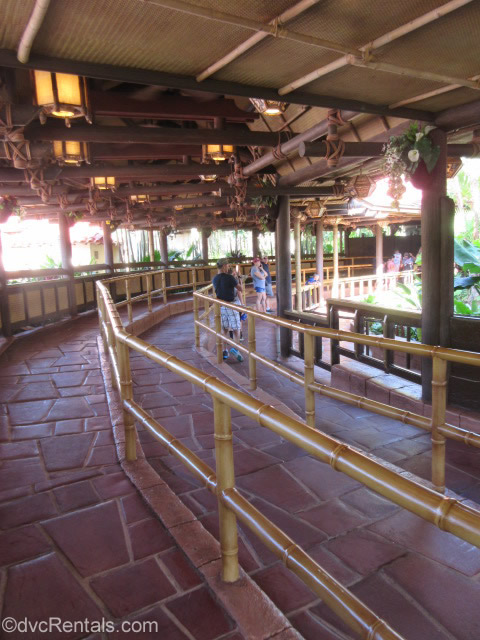 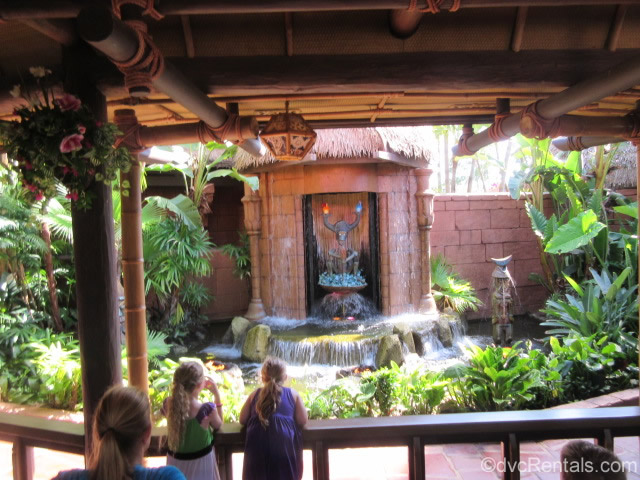 Soon it is time for the main attraction, which consists of talking and singing birds, flowers, and trees. Guests are invited to sing along on some of the more well-known songs, such as “Let’s All Sing Like the Birdies Sing.”  There are jokes told by the “host” birds, but the large majority of the show is musical in nature.

The Tiki Room show at Walt Disney World has gone through some changes as the years have passed. The original version, entitled Tropical Serenade, was an opening day attraction in 1971 but was replaced in 1998 by The Enchanted Tiki Room- Under New Management. Zazu from the Lion King and Iago from Aladdin were added to the show, and the storyline changed. They would claim to be the new owners, and the new show was harsher than the gentle one that it used to be. A fire broke out in January of 2011, on the upper floors of the attraction. The fire damaged the building as well as the audio-animatronic figure of Iago. Much to the delight of most fans in 2011, the show reopened with the original format, complete with hosts Jose, Fritz, Michael and Pierre back in charge (more about them in the next paragraph), gone were Iago and Zazu. 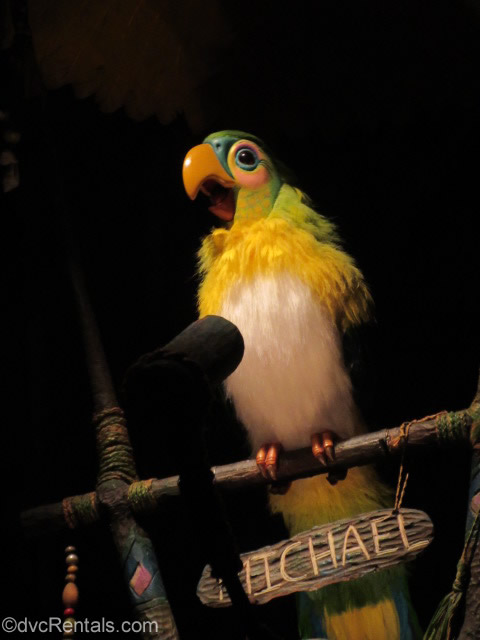 The current show, although true to the original storyline and “feel,” is shorter than the one that first opened in the Magic Kingdom in 1971. The most obvious removal to those who know the original attraction is a huge “magic” fountain that was in the middle of the room.  But, for the many who felt “Under New Management” was a poor attempt at making a classic attraction “cool,” it was so nice to see the beautiful macaw birds we loved back running the show. There is Michael, who has an Irish brogue, Fritz, who is German, Jose from Mexico, and Pierre, who has a French accent. These characters are more life-like than their originals, as audio-animatronics has come very far since 1971. The current birds may look the same on the outside, but internally they are much more sophisticated than the originals. Additionally, sound quality has improved tremendously with technological advances. But since it returned in its (mostly) original form to the Magic Kingdom, the main storyline has not changed, nor has the laid-back nature of the attraction. 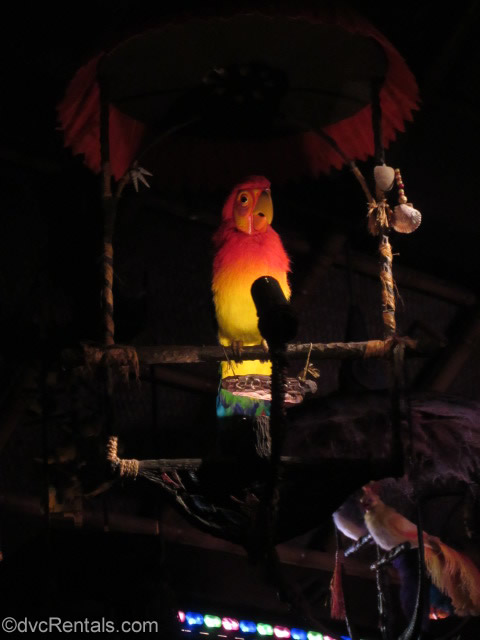 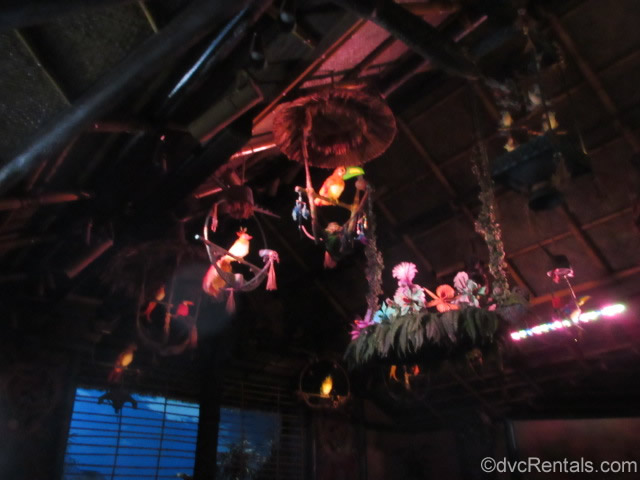 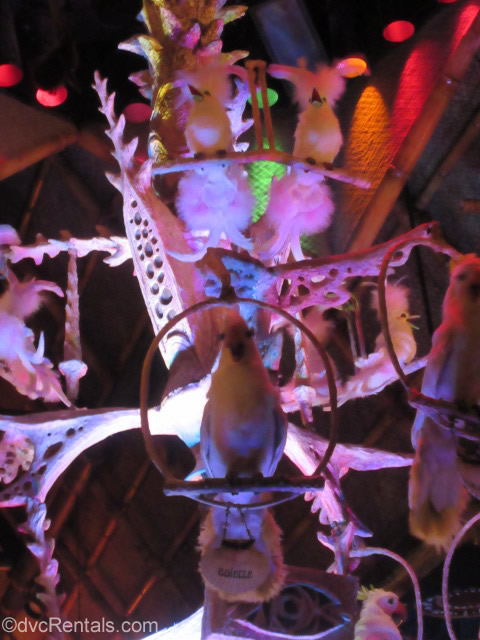 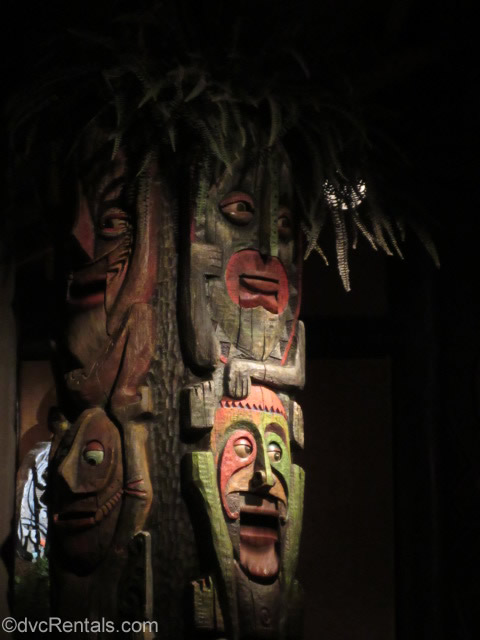 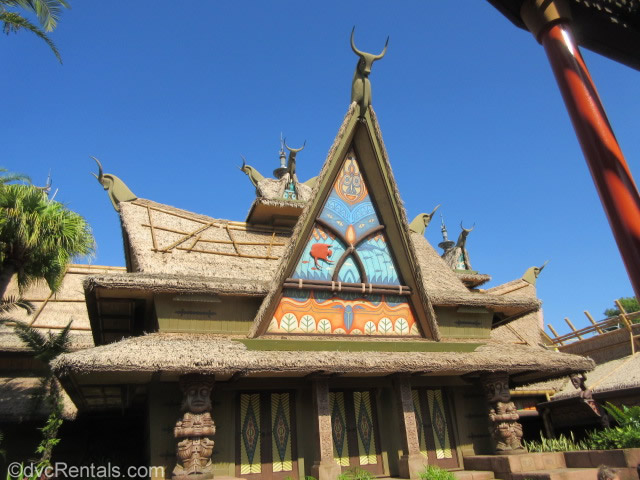