Disney’s newest form of transportation is an attraction unto itself. The Skyliner is a fun and exciting experience for guests. And guess what? Anyone can ride, you do not have to be staying at a Disney Resort! 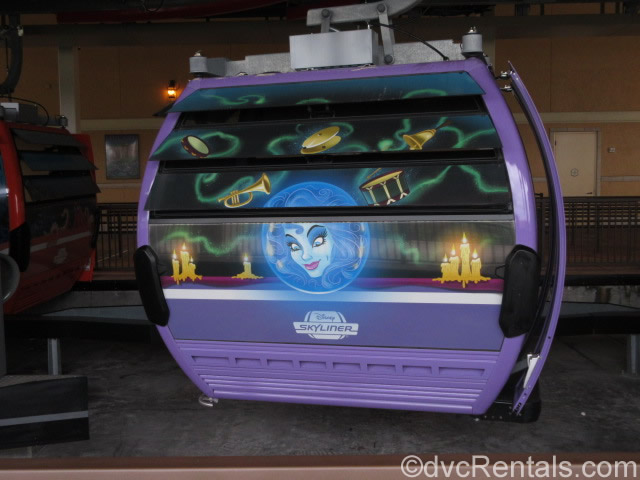 In 1955, soon after Disneyland first opened, the Skyway opened. This was an open-air gondola that connected Tomorrowland and Fantasyland. When Walt Disney World opened in 1971 the same attraction could be found in the Magic Kingdom, and in 1983 Tokyo Disney opened with a Skyway in place.

Sadly, 1999 saw the Skyway at Disney’s Magic Kingdom closed forever. But this year, on September 29, Walt Disney World saw the opening of a new gondola ride named Skyliner. Although it had a bit of a rocky start, breaking down and stranding guests (who had to be evacuated) after less than a week of opening, it seems the problems have been ironed out, and things have run smoothly since then. 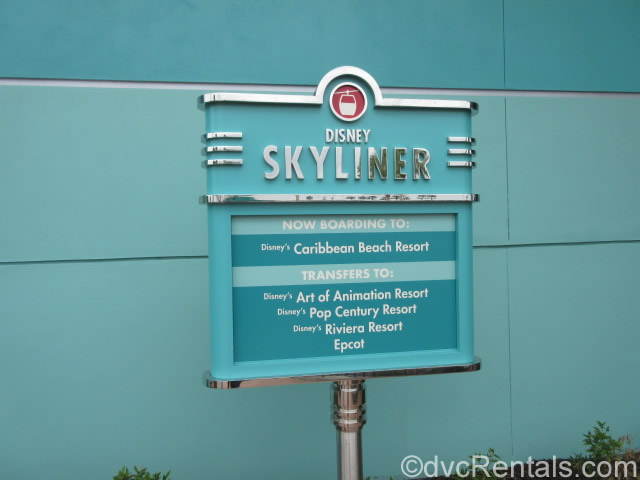 I gave Skyliner a try for the first time recently, and I have to say I really enjoyed it. The views are awesome, the cars clean and spacious, and the breeze up there is delightful. I rode the entire way, which includes a total of three separate Gondola lines. This meant I had to get on and off a number of times, but it takes just a few minutes to switch. Let’s talk about how it all works. 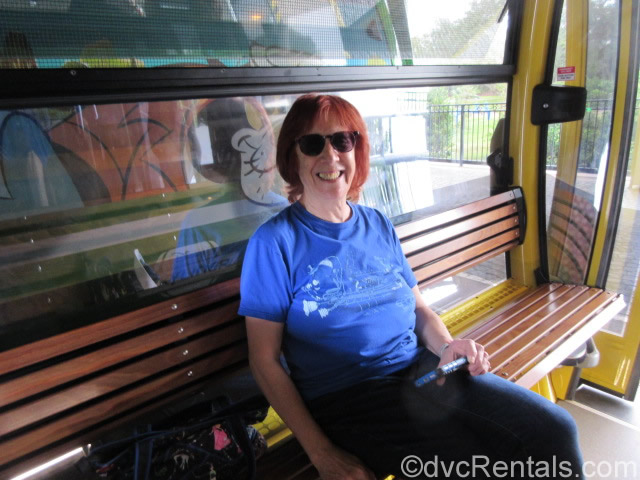 First, the basics. The Skyliner, as I mentioned above, has three lines. The various routes connect Epcot and Disney’s Hollywood Studios to Disney’s Epcot Resorts: Art of Animation, Pop Century, Caribbean Beach, and the new Disney’s Riviera Resort, a Disney Vacation Club property that is slated to open next month. Some, but not all, destinations require a transfer from one gondola to another. 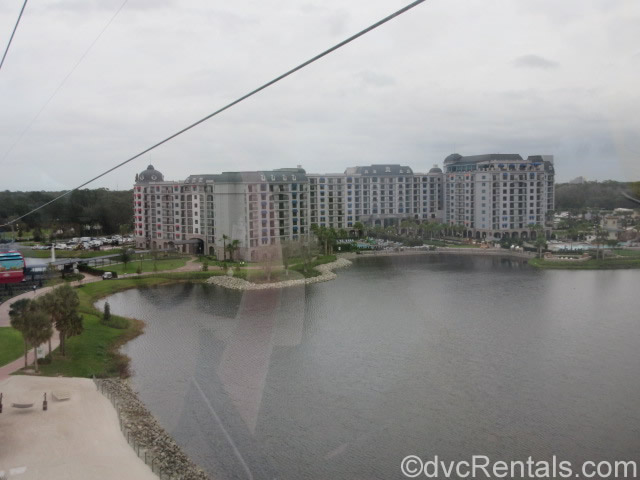 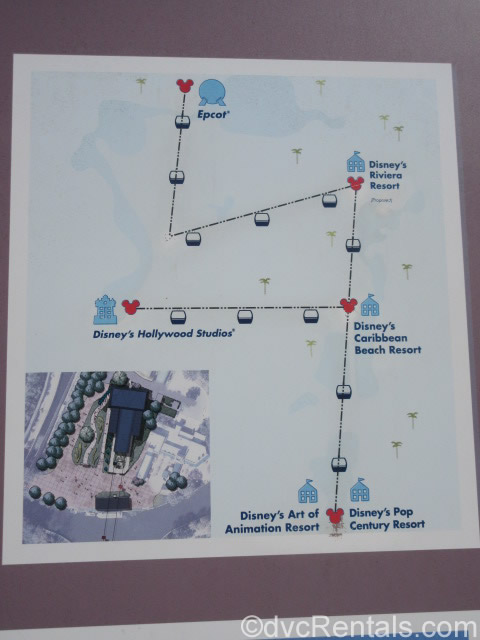 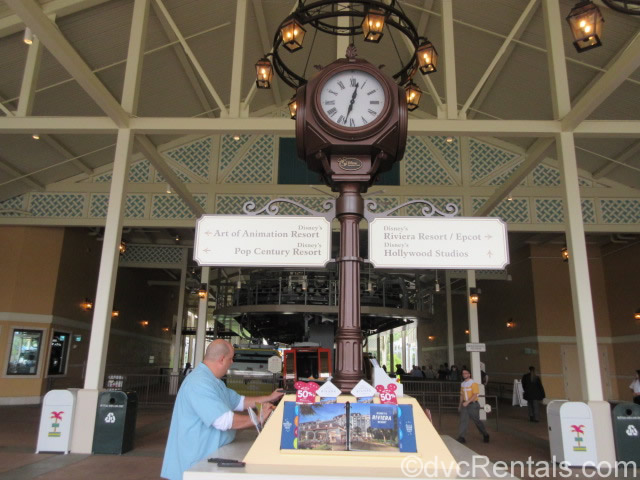 When you arrive at an end-of-the-line station (Art of Animation/Pop Century or Epcot), you must exit the gondola. You must also exit at Caribbean Beach. If you want to continue on to another Skyliner destination, or turn around and go back where you started, it’s easy. When you exit, you just follow the signs to get to the entrance to another Gondola station, which will be steps away. The signs are very clear, and Cast Members are there to help you if you do happen to get confused. 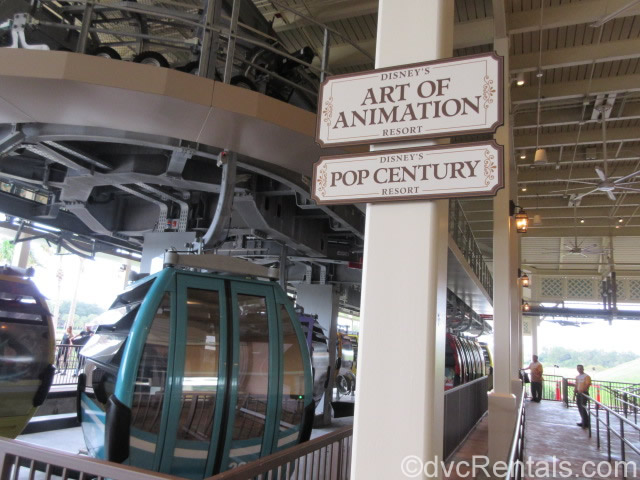 The views from the Disney Skyliner are terrific. Depending on which line you are on you can see a number of countries in Epcot’s World Showcase, as well as Spaceship Earth. The Tower of Terror is visible as you near Disney’s Hollywood Studios. Seeing the Resort Hotels and their respective themes from above is also a lot of fun. I have only been on during the day so far, but I bet at night it’s great to see everything all lit up below you as you ride. 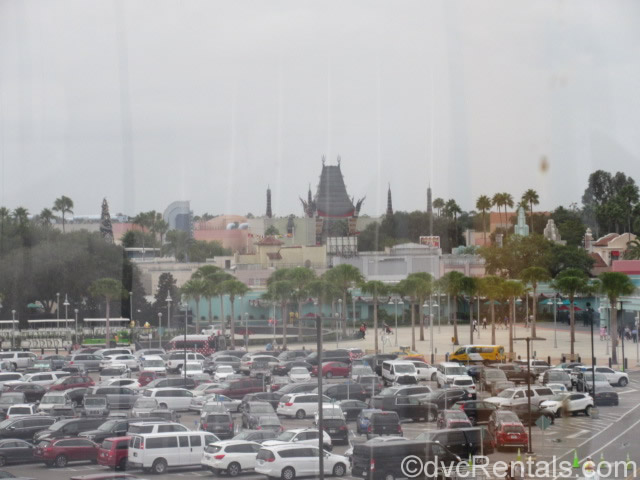 Most of the routes are relatively short rides between stations, averaging 4-5 minutes. If you want a longer ride without getting off, the Epcot line is 11 minutes in total, by far the longest. If you get on at the Caribbean Beach hub, after passing over that resort you will arrive at the new DVC Resort, which is slated to open soon, Disney’s Riviera Resort. Once the resort is open to the public, guests can disembark here, but right now you must stay on the gondola. Soon you will find yourself flying over Buena Vista Drive, and then Disney’s Boardwalk Villas, Epcot Resorts Blvd, and behind World Showcase in Epcot, with Spaceship Earth clearly visible in the distance. Finally, you will arrive at the International Gateway, the “back door” to World Showcase, where you must disembark (but, as noted earlier, you can get right back on and go back the other way if you so desire).

The Hollywood Studios line gives you views of the entrance to the Studios as well as the Tower of Terror. You’ll also pass some forest land and the bus stop area for the Park. The Art of Animation and Pop Century line goes over those resorts, and you get a great view of the resort icons as well as Hourglass Lake, the water between the resorts. 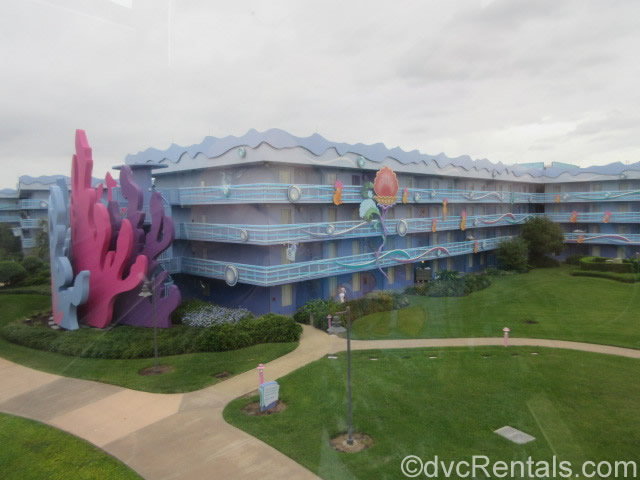 What else should you know about the Skyliner? 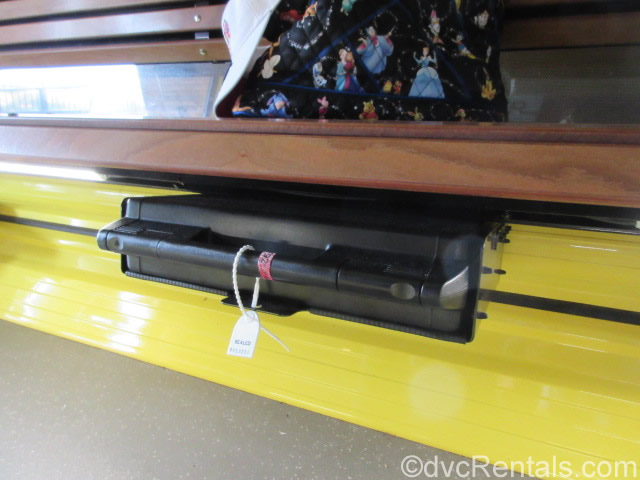 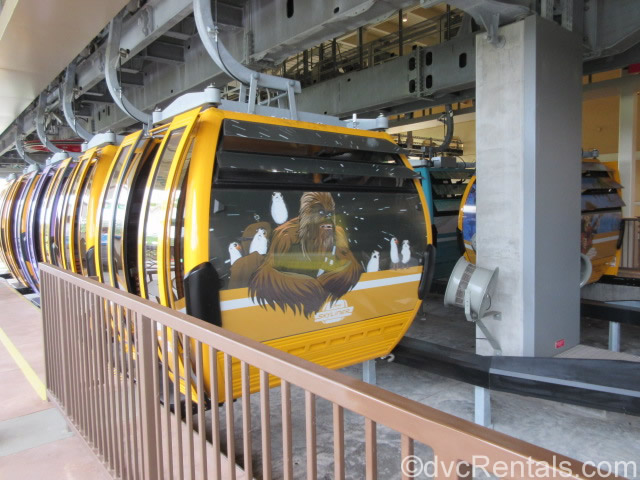 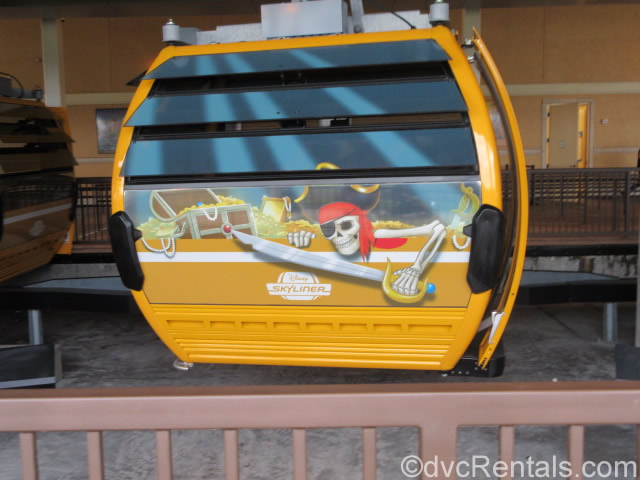 I had a great time experiencing the Gondolas. The views are great, the

feeling of soaring through the skies was exhilarating, and seeing the cool designs on the cars is a lot of fun. 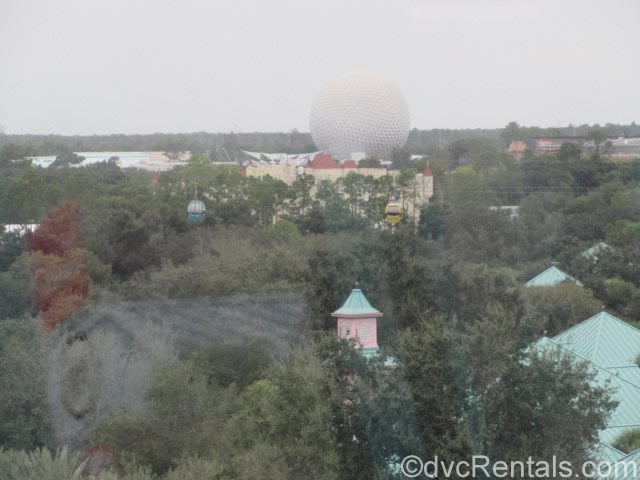 I am not one who loves heights, but I did not feel anxious or nervous at all while riding, and I look forward to going on again soon. If you’re staying at or visiting an Epcot Resort it’s a great alternative to buses. But as I mentioned earlier, anyone can ride, so if you just feel like checking it out, hop on at one of the many stations and enjoy your flight! 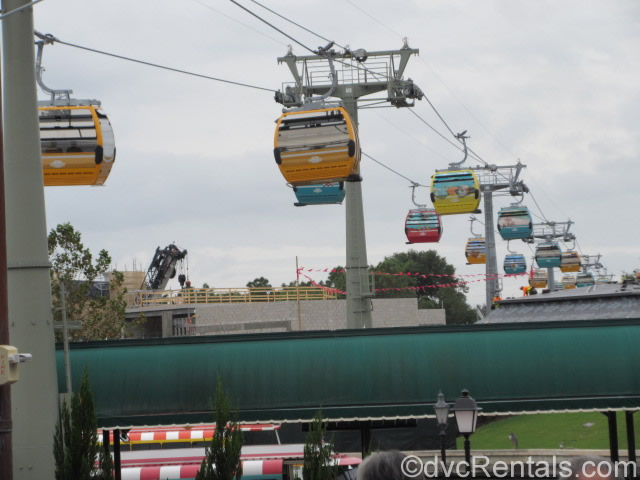