The Animation Experience at Conservation Station

Walt Disney believed that his animators should spend time studying live animals and watching their behavior. 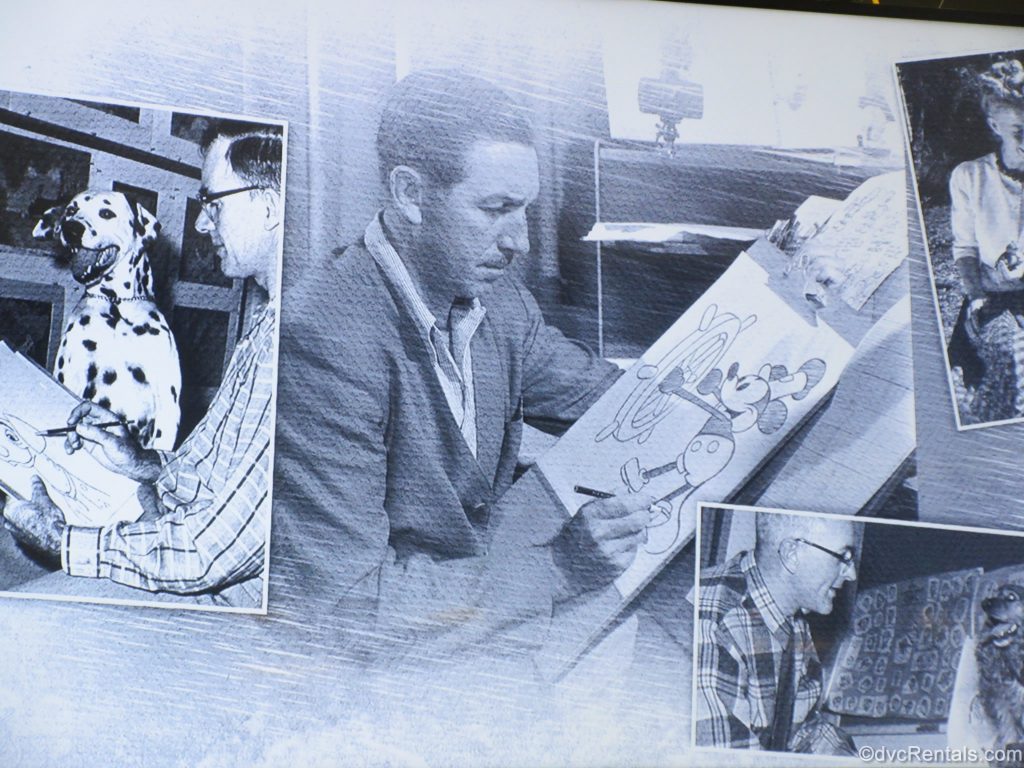 He felt this would make their drawings seem more natural and lifelike. He would sometimes even bring animals into the studio where the animators worked, so they could observe them. For example, live deer were brought in while the movie Bambi was being produced. 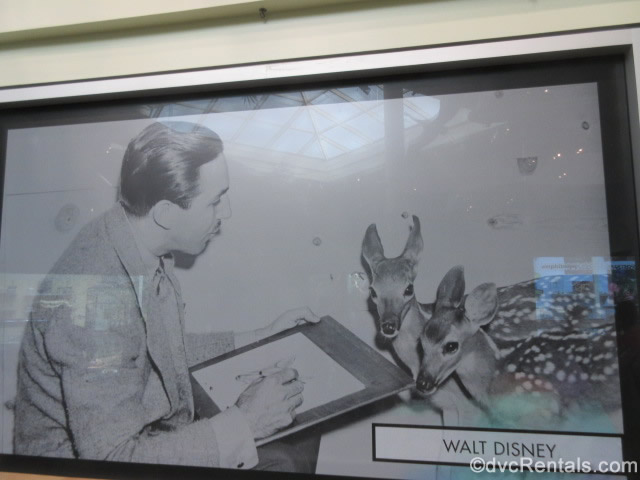 Since animation is such a large part of the Disney experience, Imagineers thought it would be fun to teach some basic animation techniques to guests. Some of you may recall that there was an Animation Academy at Disney’s Hollywood Studios from 1998 until 2015. It was a very popular experience, and since the room was rather small, the number of guests for each drawing class was limited. Often guests had to wait in a rather long line to get into a class.

In June 2016 the Animation Experience at Conservation Station debuted at Disney’s Animal Kingdom inside the Conservation Station building at Rafiki’s Planet Watch. Because it’s located in a rather remote spot of the park and it’s relatively new to the area, some guests do not even know this opportunity exists. 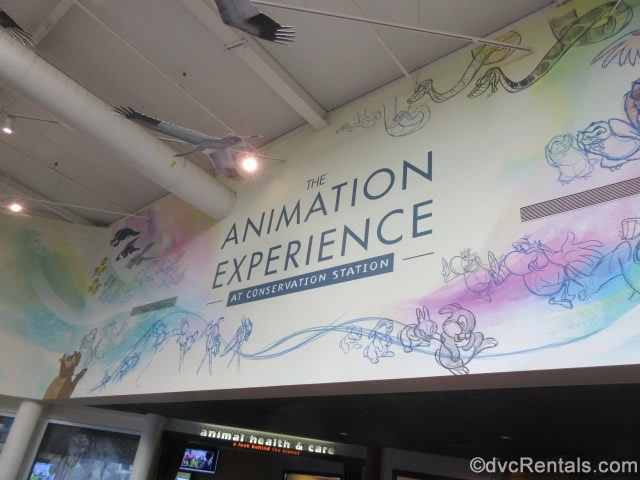 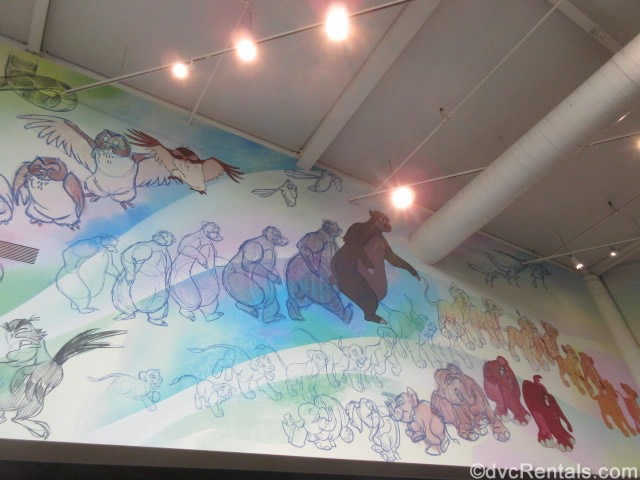 To get to the Animation Experience, guests can find the “Wildlife Express” just to the left of the exit for the Kilimanjaro Safari. This will take you to a train for the short journey to Rafiki’s Planet Watch, and the ride is part of the fun! It is open on one side. Guest seats face the opening, enabling those on board to observe some of the animal barns—and sometimes animals– on the journey. The train comes frequently and only goes in one direction, going in a continuous loop. Most days, the train opens a bit after the rest of the park and closes a little earlier, so ask a Cast Member for the exact times the day you are visiting. Since there may be a wait for a train, and there is a short walk from the train station to Conservation Station, it’s best to get going 40 minutes or more before the Animation class begins (if you have a particular class time in mind). 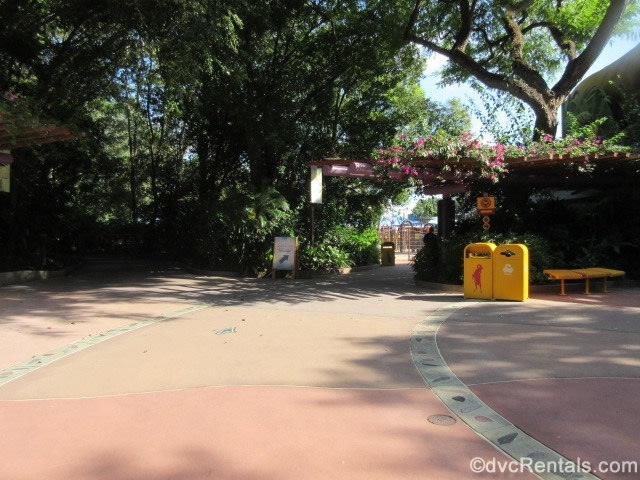 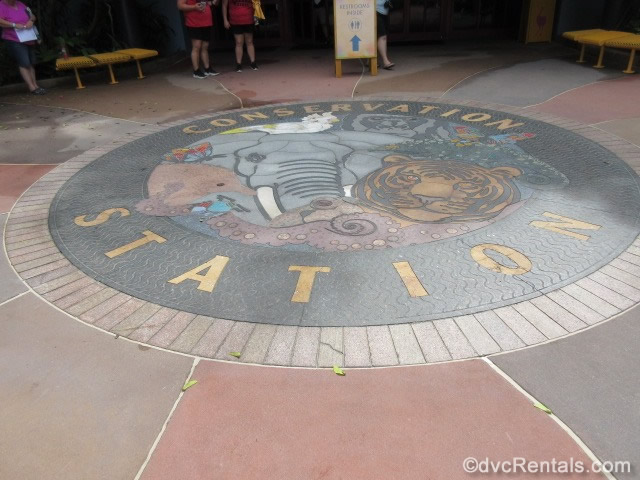 When guests reach Rafiki’s Planet Watch, they will see a number of signs for The Animation Experience. These show sketches of animals from a number of animated Disney movies. Seeing the signs gives guests an idea of the type of animation they will learn during their experience. 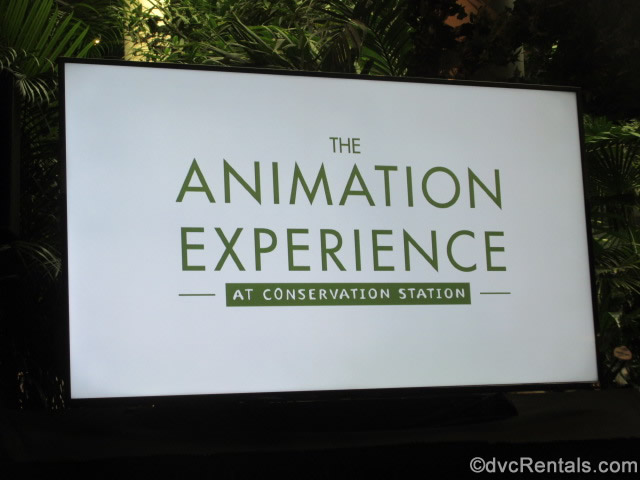 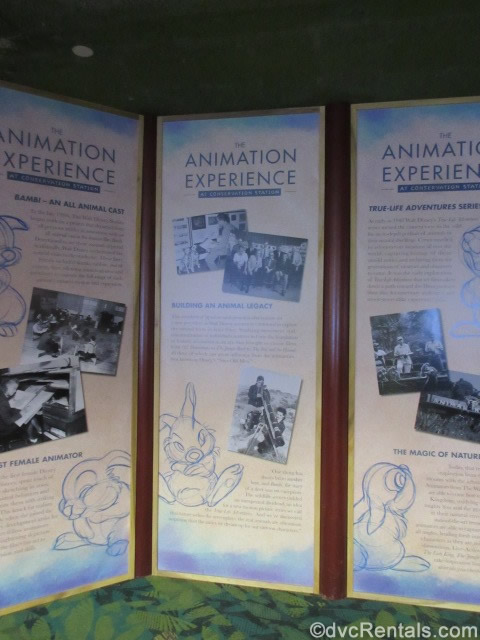 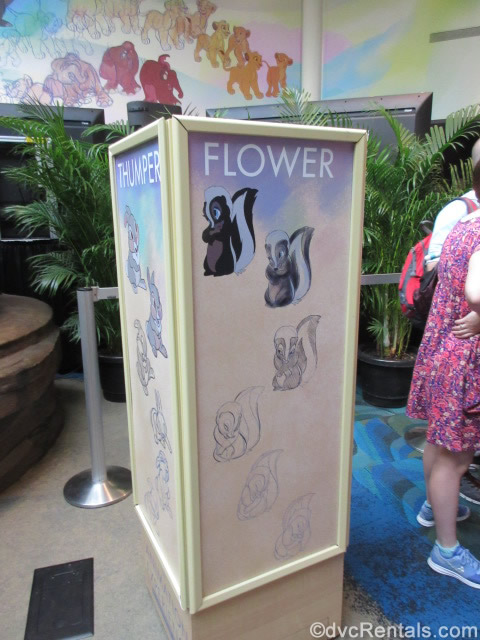 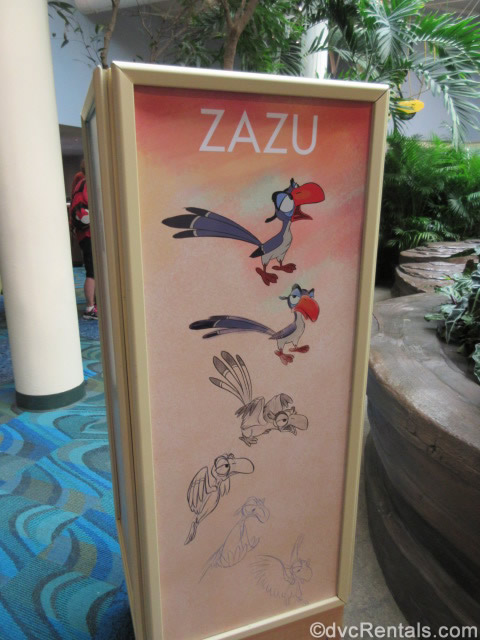 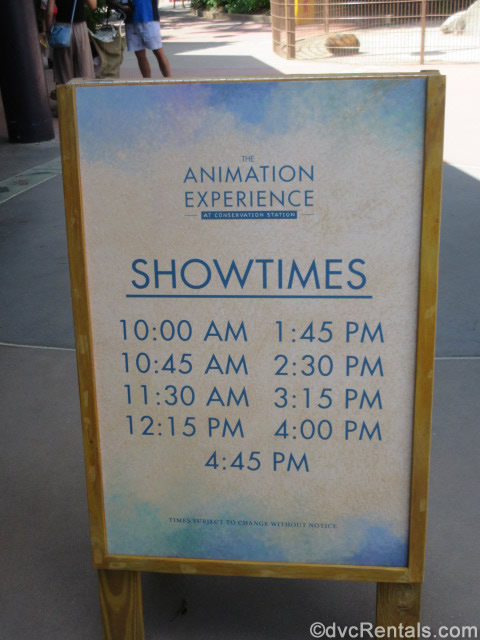 You will know in advance what character you’ll be drawing; a completed drawing will be on display. Feel free to ask Cast Members what characters will be coming up later in the day; they have a list and will be happy to share the information. Characters frequently change, so return visits will rarely duplicate what guests drew last time. 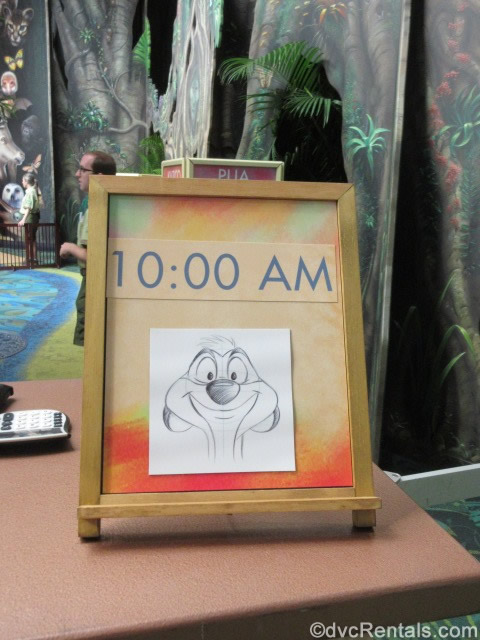 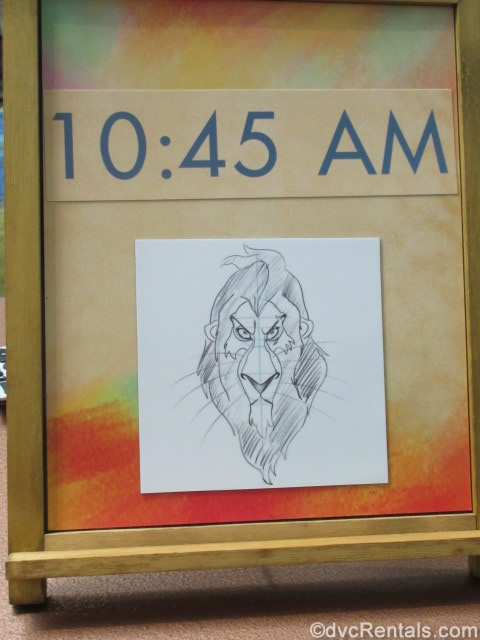 You will be given a clipboard, paper with guidelines, and a pencil—with no eraser. Experience has taught me not to draw too heavily. This way, once the class is done and you have gone home or back to your room, you can use an eraser to sharpen up/fix mistakes in your drawing. You have to return the clipboard, but the pencil and your drawing are yours to keep. It can be challenging to keep the drawing in good shape if you are touring the park afterward. I have found that rolling it up, rather than folding it, works best. You can roll it in the opposite direction later, and it will once again be nice and flat. If you fold it, the crease marks tend to be visible once unfolded. 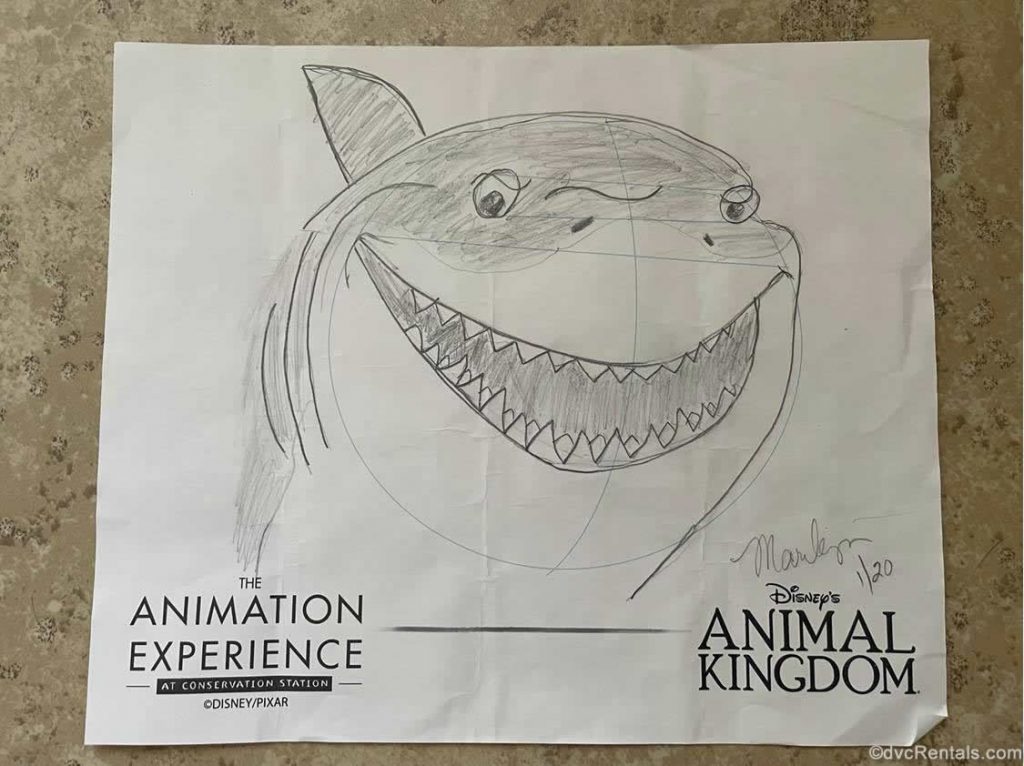 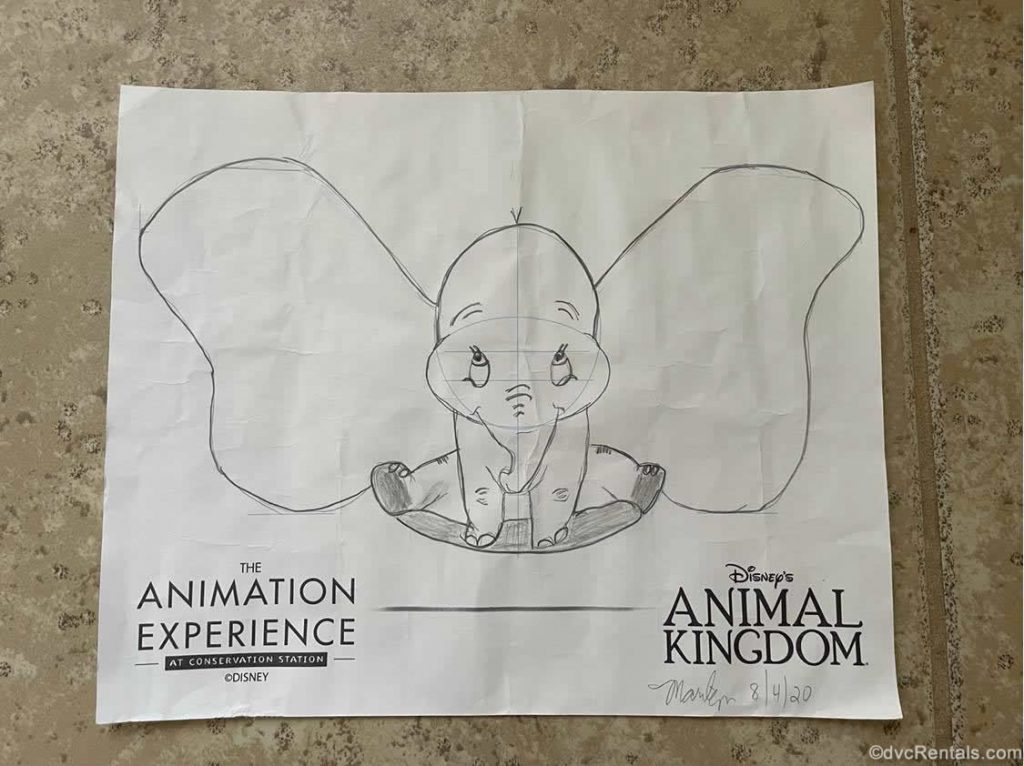 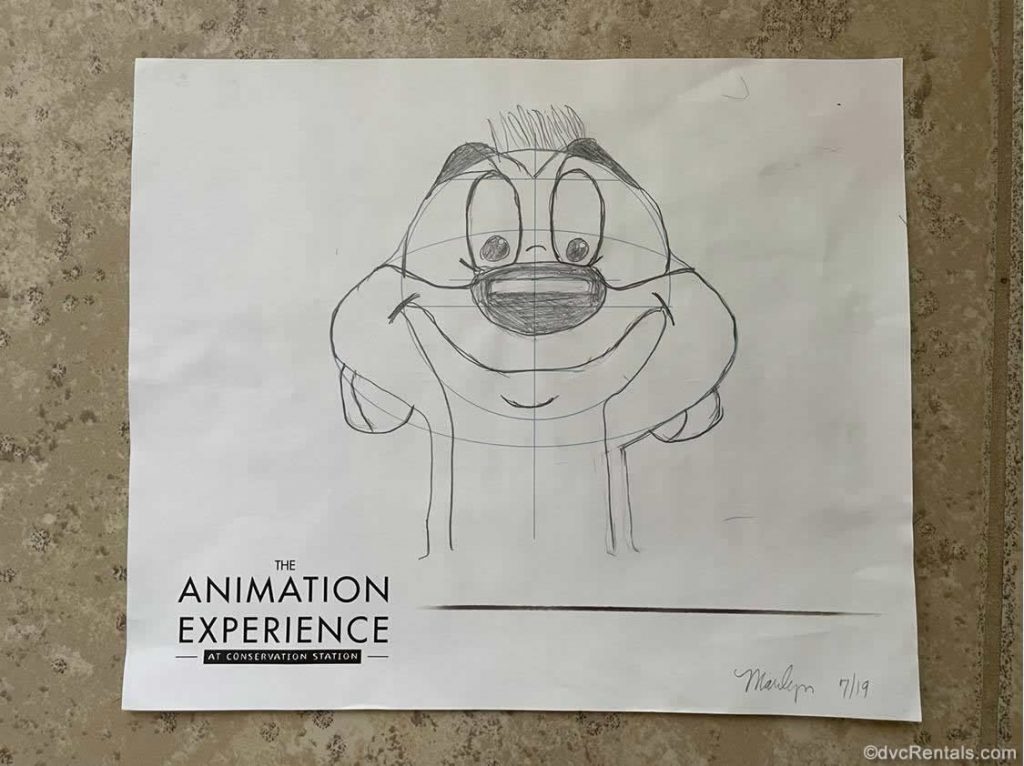 This experience has a large number of seats, especially compared to the similar one that was in Hollywood Studios. It is very rare, and generally only during very busy times that guests won’t get a seat for the current class. Once seated, you will have your clipboard in your lap; there is no desk. Prior to starting to draw, guests will see a short, well-made educational movie related to the animal being drawn. The videos were filmed in Animal Kingdom and “star” animals that live there. 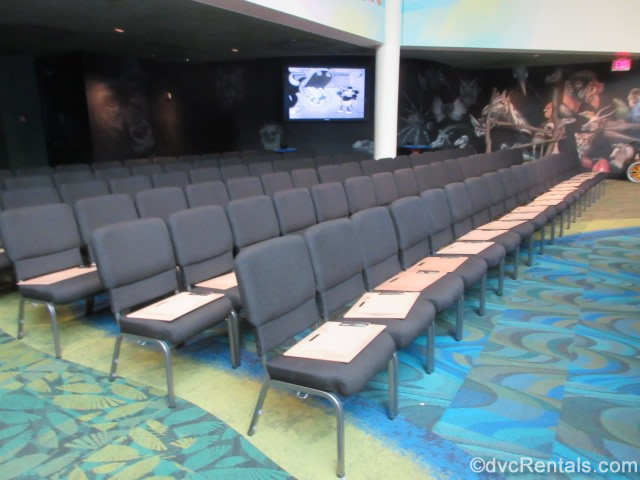 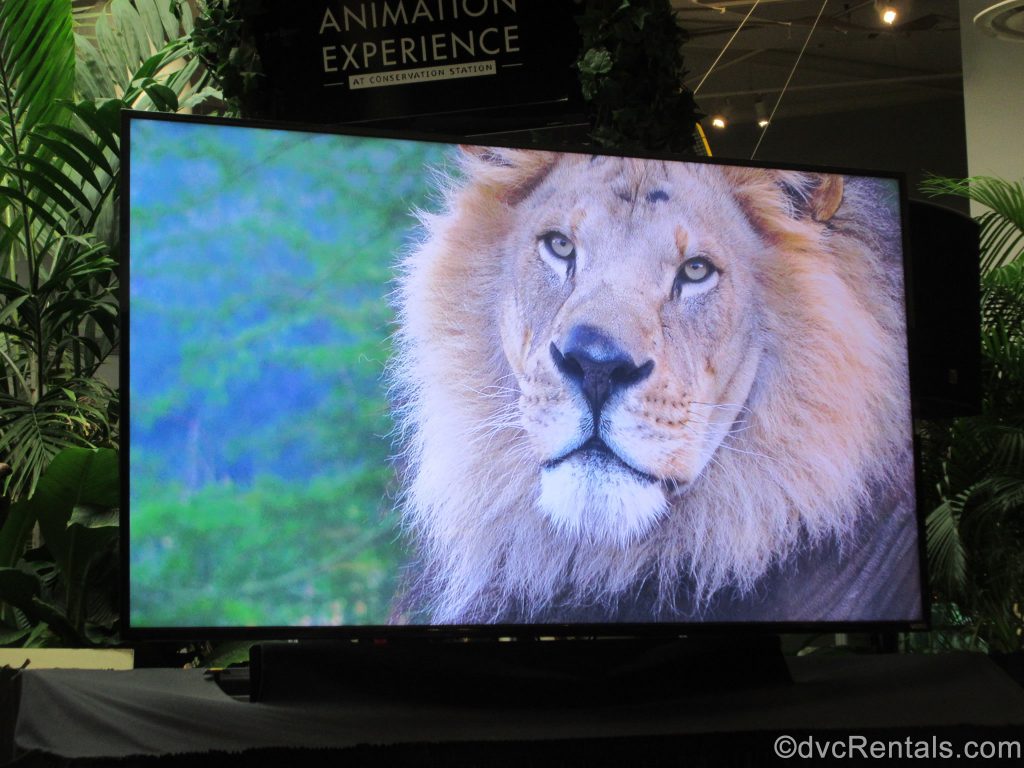 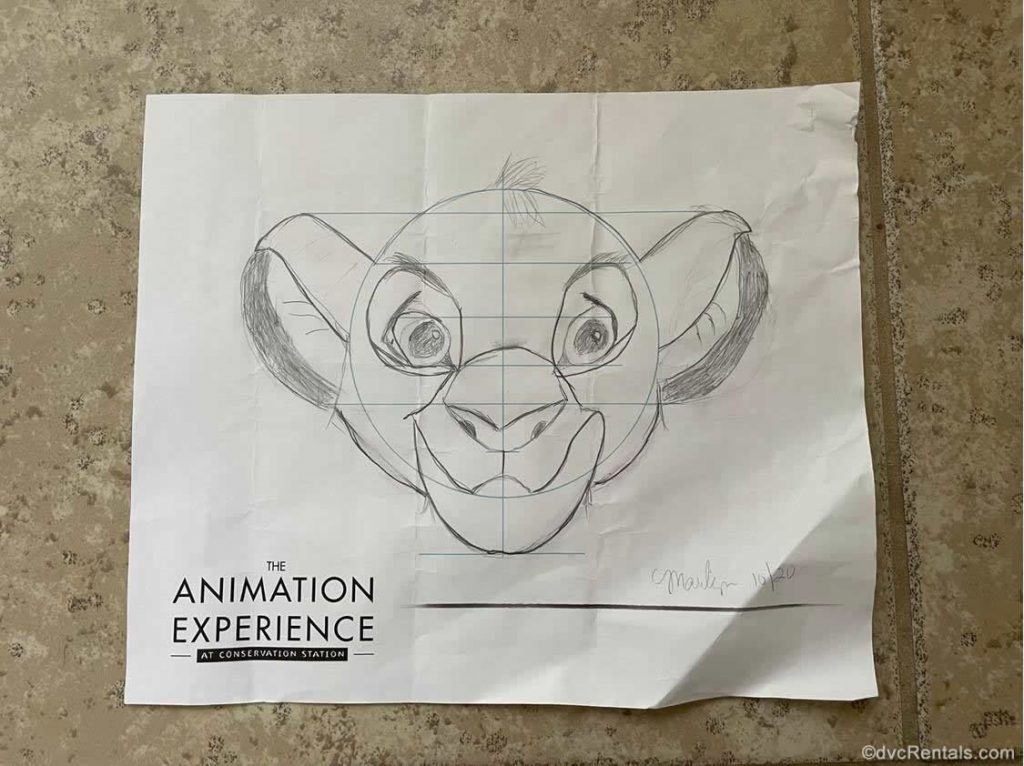 Once the class begins, a Disney Imagineer shows you, one step at a time, how to draw the character chosen for that session. I am not even close to being artistic, but even the least talented folks like me can produce a very good likeness due to the way it’s taught line by line. There are four large screens for guests to follow along; no matter where you sit, you will be able to see clearly. As mentioned above, the drawing paper you are given has guidelines that simplify the ability to follow along with the artist. 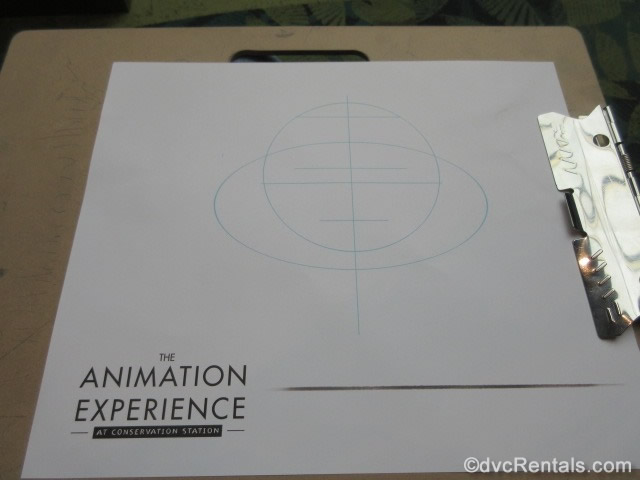 While the Imagineer does not draw super-fast, he/she also doesn’t go really slowly either. It can sometimes be challenging to keep up, especially for the younger Mouseketeers. I suggest you tell the little ones that it doesn’t matter if the picture is perfect, and not to be frustrated if they fall behind a bit, just have fun. Often if you miss a step, you can correct it by looking at one of the screens to see what you missed. By the way, there are no height or age limits, and the classes are wheelchair-friendly. If you have kids who are very young, there is a small area in the back of the room with a movie and coloring sheets. An older child or adult must stay with the little one if you choose that option. 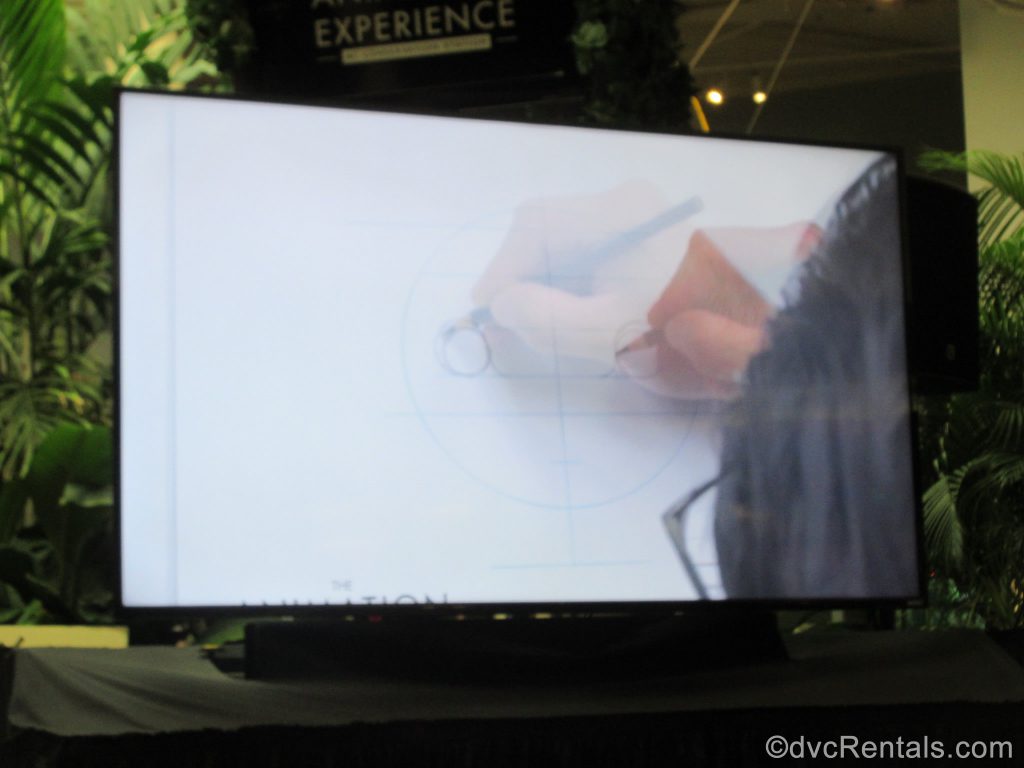 If you are spending the day at Animal Kingdom, I suggest you take the ride to Rafiki’s Planet Watch during the busiest times of the day for the rest of the park. The most popular attractions usually have the longest waits in the afternoon, and by then, most guests who have arrived earlier in the day can use a nice relaxing break. Don’t forget that most days, the last class is at 4:45, so be sure to arrive prior to that time if you want to attend the Animation Experience.

Oh, and by the way, that there is more to do at Rafiki’s Planet Watch than at the Animation class. There is a petting zoo with sheep, pigs, goats, and a donkey outdoors. There is a small gift shop outdoors, which specializes in animal-themed merchandise. Inside the building, in addition to the classes, guests can observe exhibits with reptiles and other small animals, as well as exhibits on Conservation education. If you are very lucky, you can see Veterinarians taking care of one of the park’s animals in a room behind a glass barrier (generally, the Veterinarian work is only done early in the day). 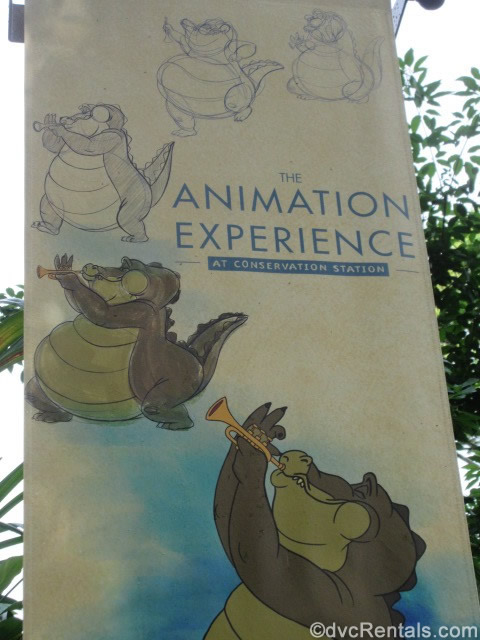 The Animation Experience is definitely a lot of fun, and at the same time, it’s a learning experience. The animators are great; I have yet to see one who didn’t do a wonderful job. It’s a nice bonus to have your drawing to take home with you. Bonus! I like doing this or have never had the chance to try it; check out YouTube, where Disney has a channel devoted to drawing characters exactly the way they show you at Animal Kingdom. Most of what’s up there are from the older version at Hollywood Studios, but the concept is the same. Here’s the link: