A number of special events are coming up to celebrate Walt Disney World’s 50th anniversary beginning October 1. Not a lot is visible yet, but one thing that is available for guests to see is the sprucing up of Cinderella Castle in the Magic Kingdom. 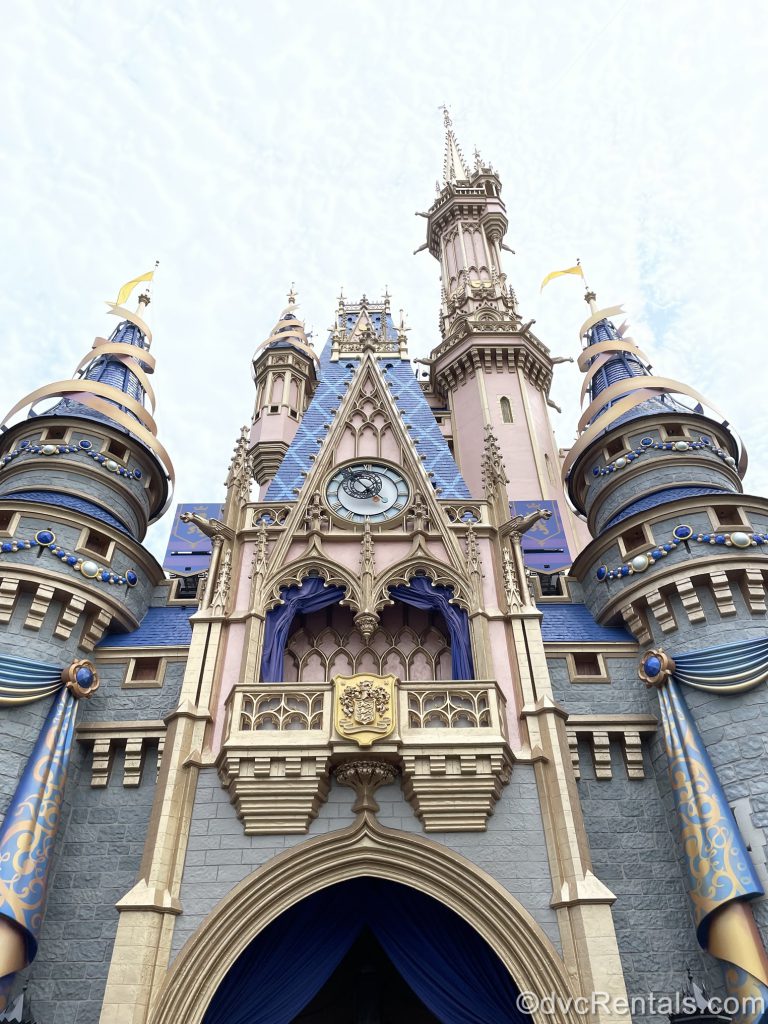 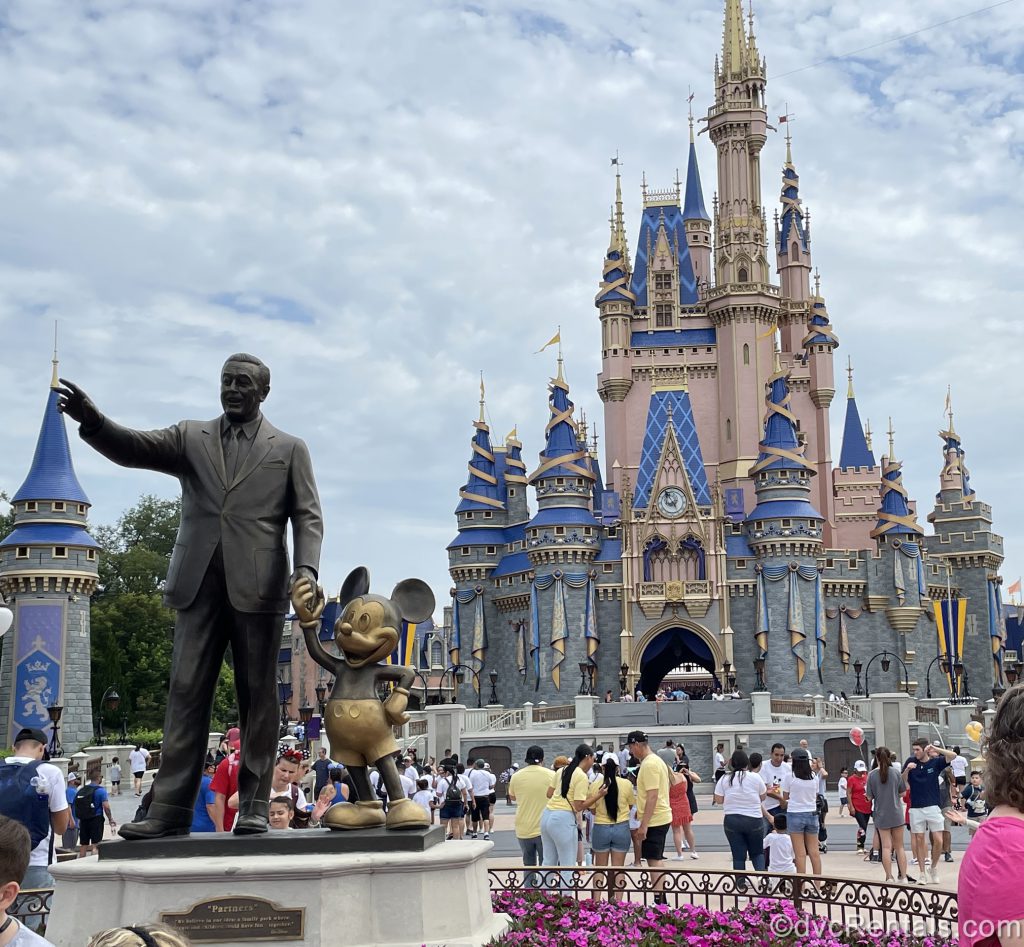 Disney has done a tremendous job of making the castle worthy of this very special celebration. The castle has been decorated before for other park anniversaries and celebrations; perhaps the most well-known (and controversial) is the pink Birthday Cake overlay added for the park’s 25th anniversary. I have a feeling the 50th-anniversary appearance will be met with high approval by most guests! 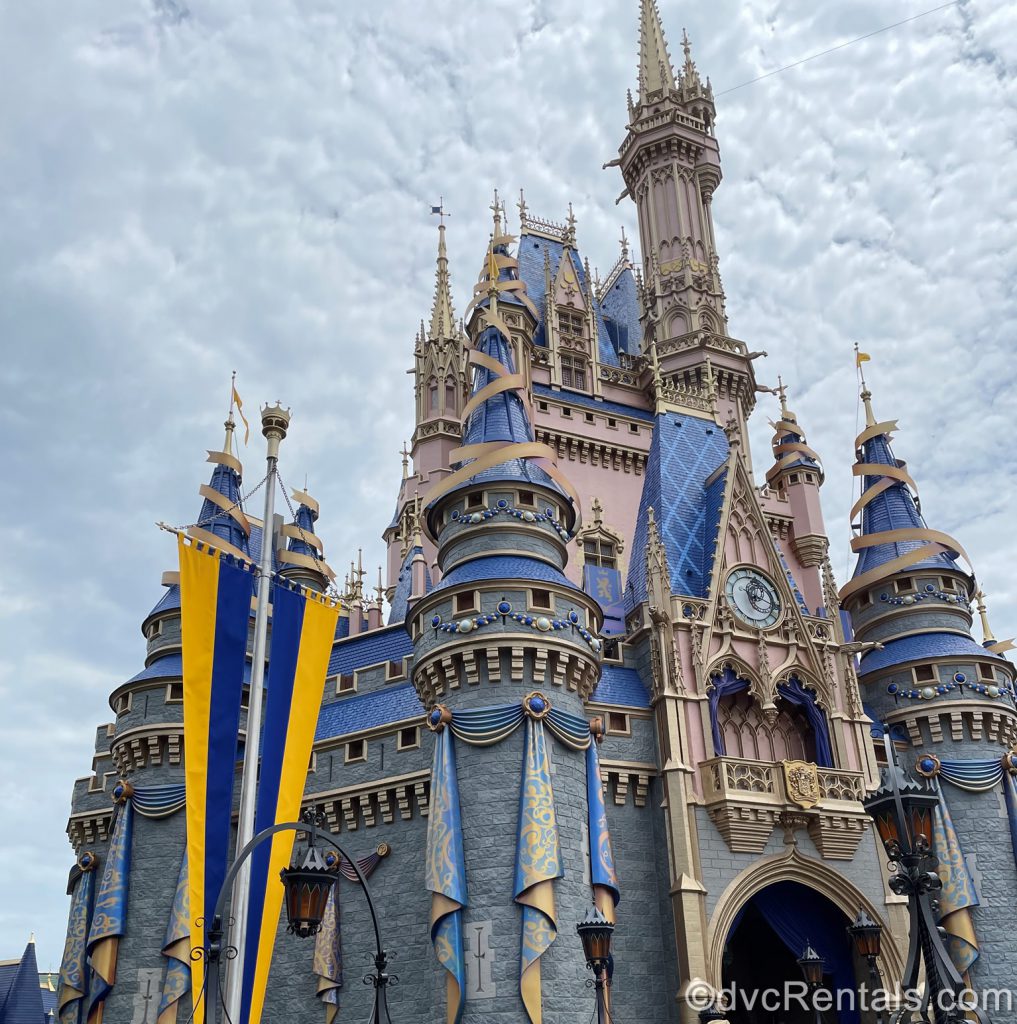 So what does it look like now that the anniversary changes are almost complete? The castle turret ribbon covers were specifically designed for each placement. 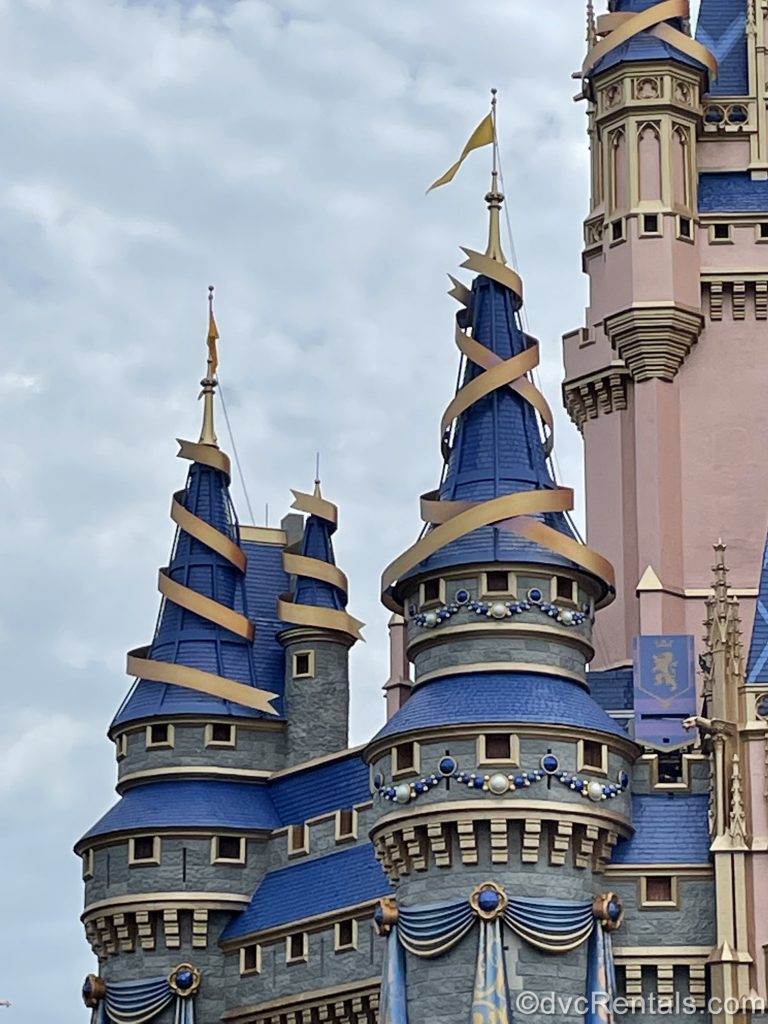 Disney came up with a new color expression, “ear-idescent,” which is the color of the turrets and matches the park’s 50th-anniversary logo. It’s a beautiful blue tone that really does indeed radiate with color. 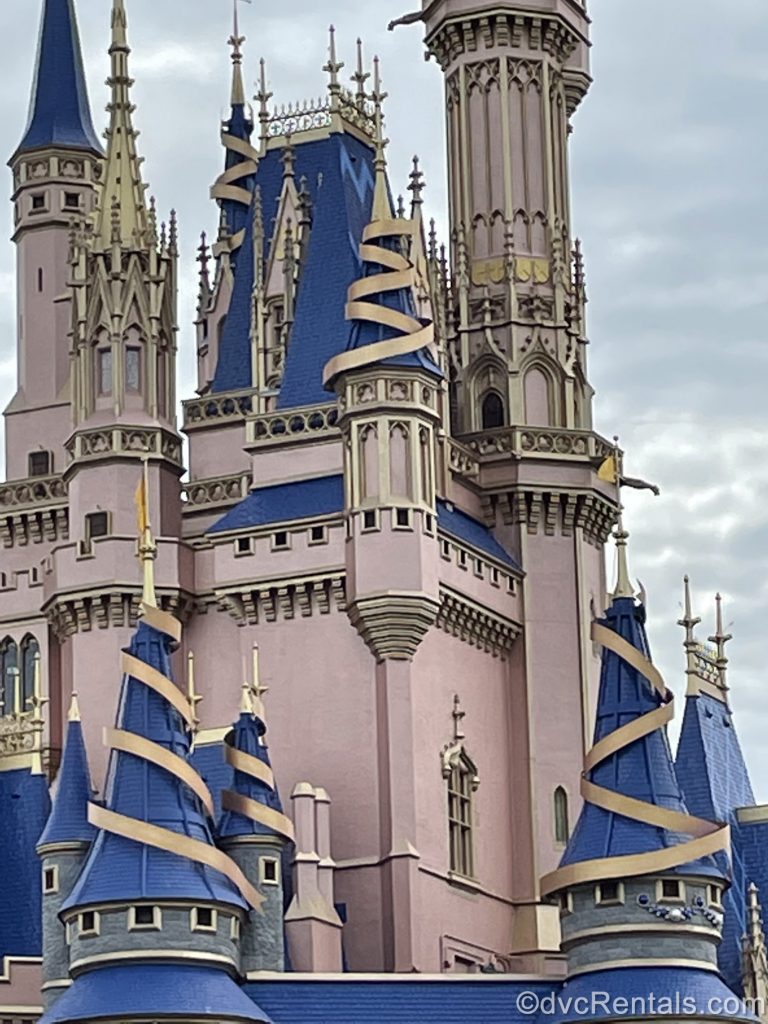 In addition to the castle turret changes, visiting guests can see gold detailing, colored ribbons, and various gemstones draped all around the castle. The look is very impressive.  Sometime in the near future, an anniversary crest will be added to the castle. The large crest, reading “50”, will be placed over the clock in the center of Cinderella Castle. The sign will hang directly above the castle’s balcony. Other than the crest (which may have been added by the time you read this), the castle is currently completed for the big celebration. 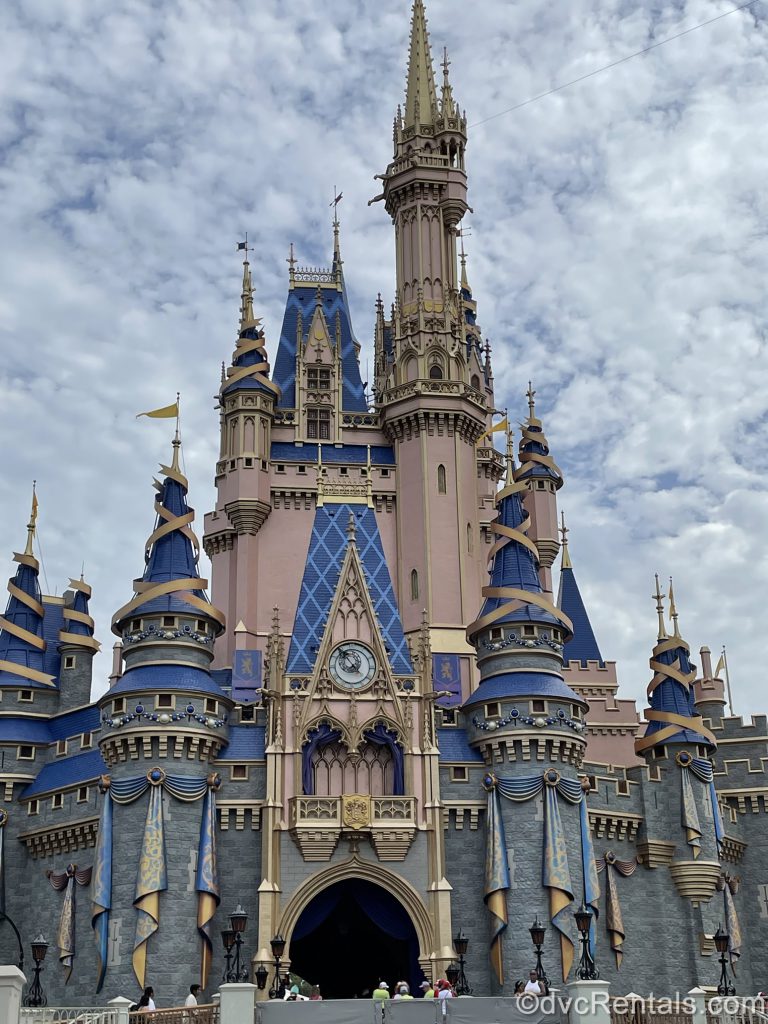 In addition to the decorations, Cinderella Castle will display special anniversary nighttime projection elements, turning it into what Disney terms “Beacons of Magic.” Fun Fact: All four parks will have Beacons of Magic during the anniversary celebration. At the Magic Kingdom and Disney’s Hollywood Studios, during the winter holidays, the Beacons of Light and holiday scenery projections will alternate. 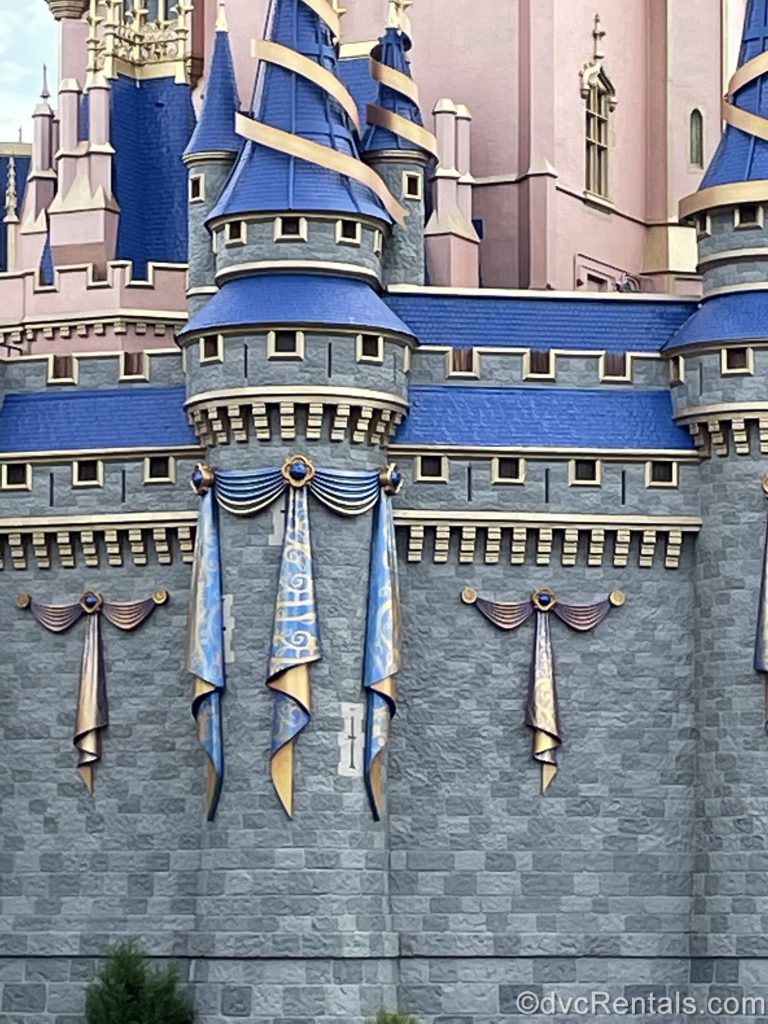 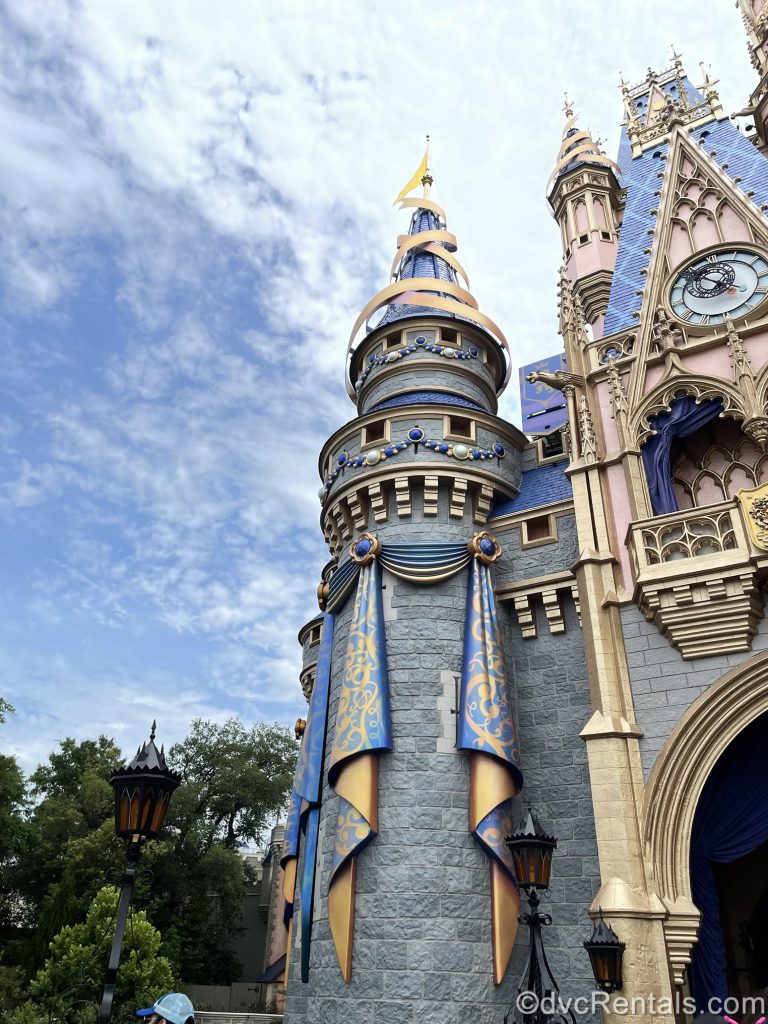 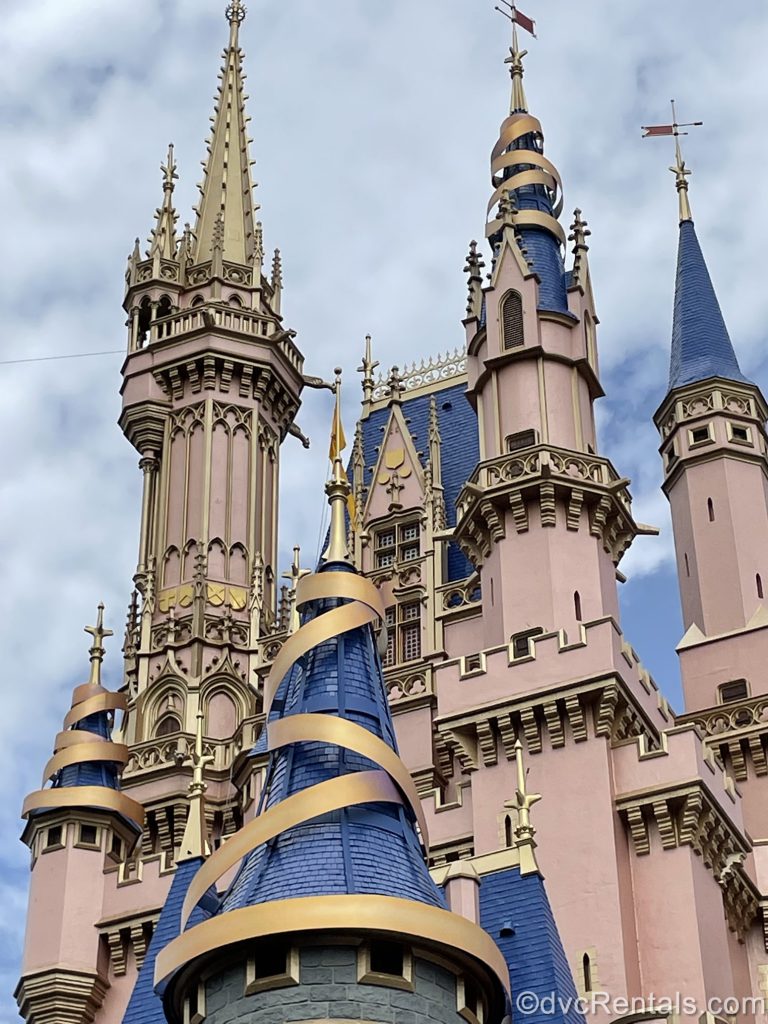 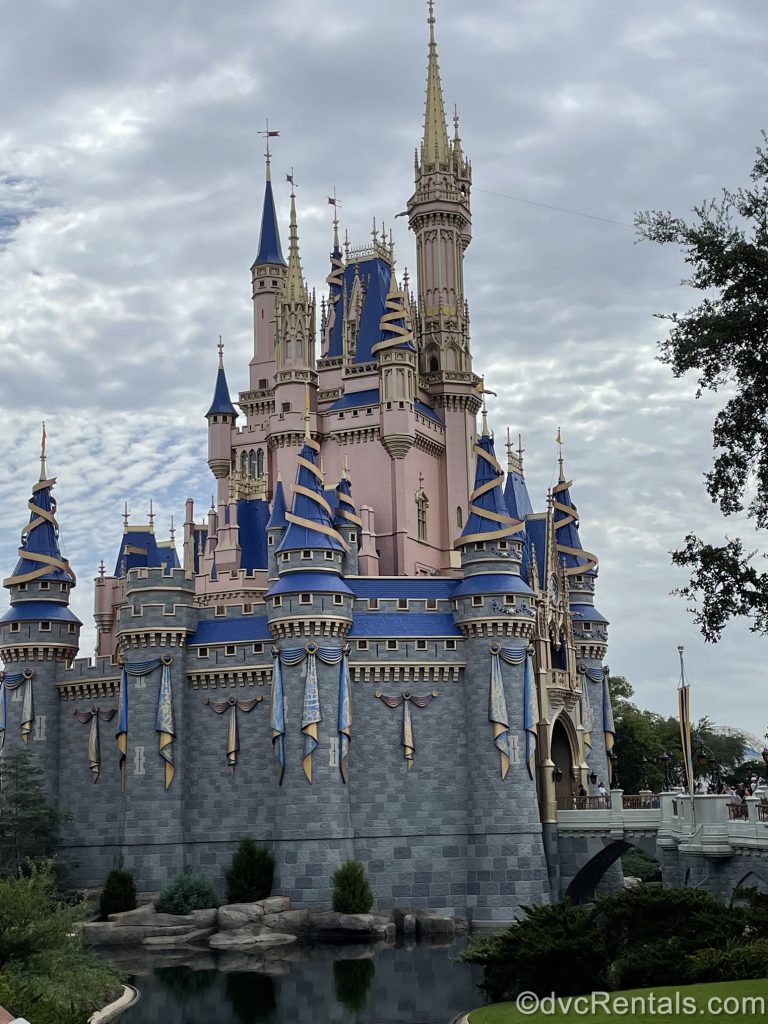 Many rooms on Disney property are already sold out during the celebration, so if you are interested in visiting, it’s a good idea to book your trip as soon as possible.

There’s just so much I can write about what the castle looks like now; yet showing you will be more meaningful. 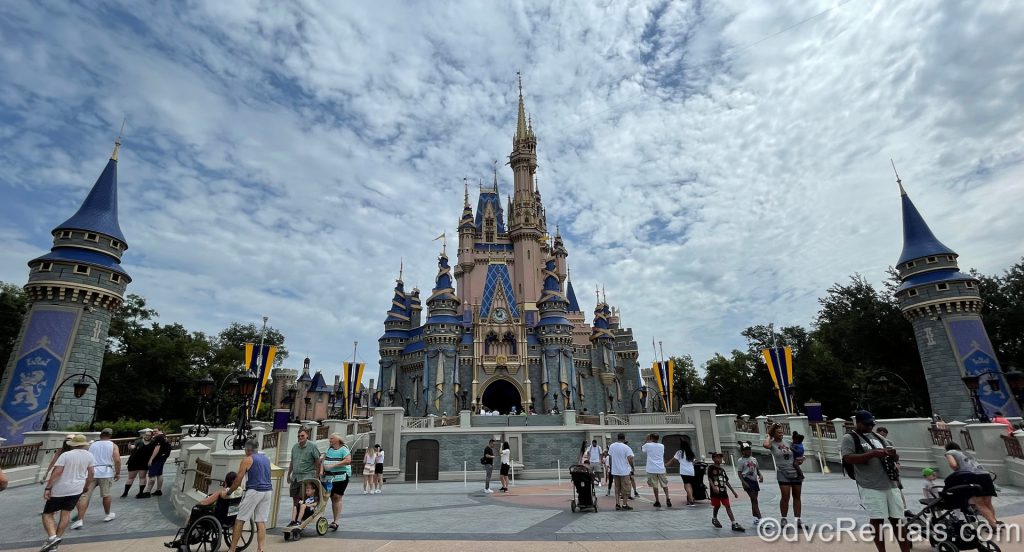 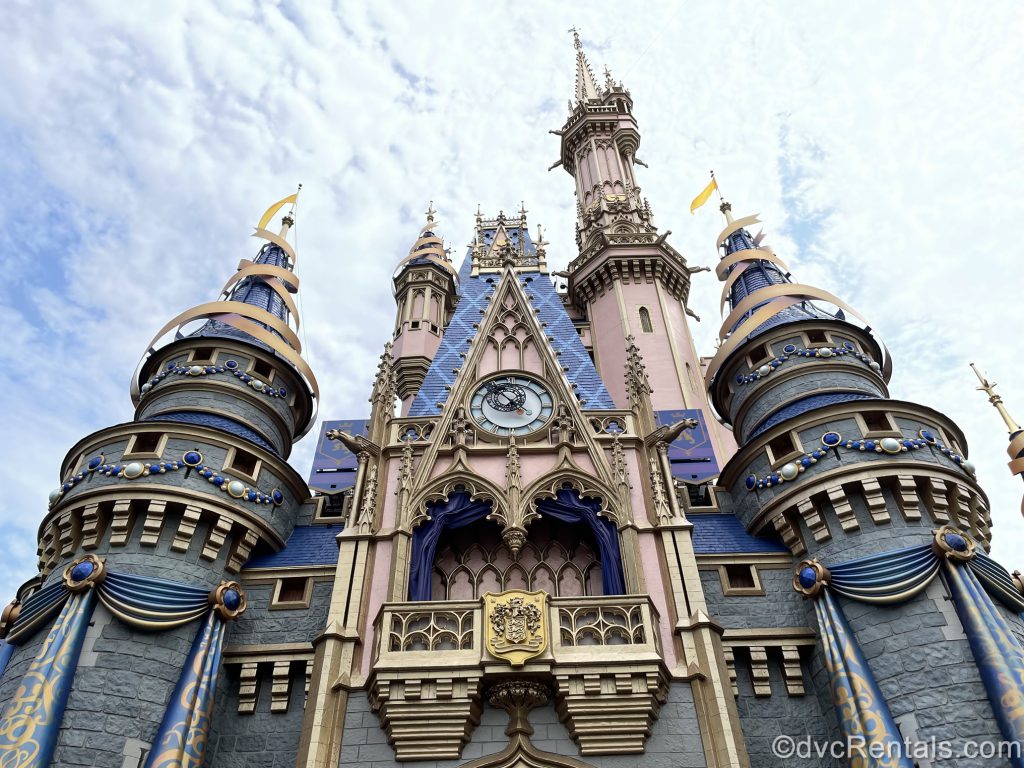 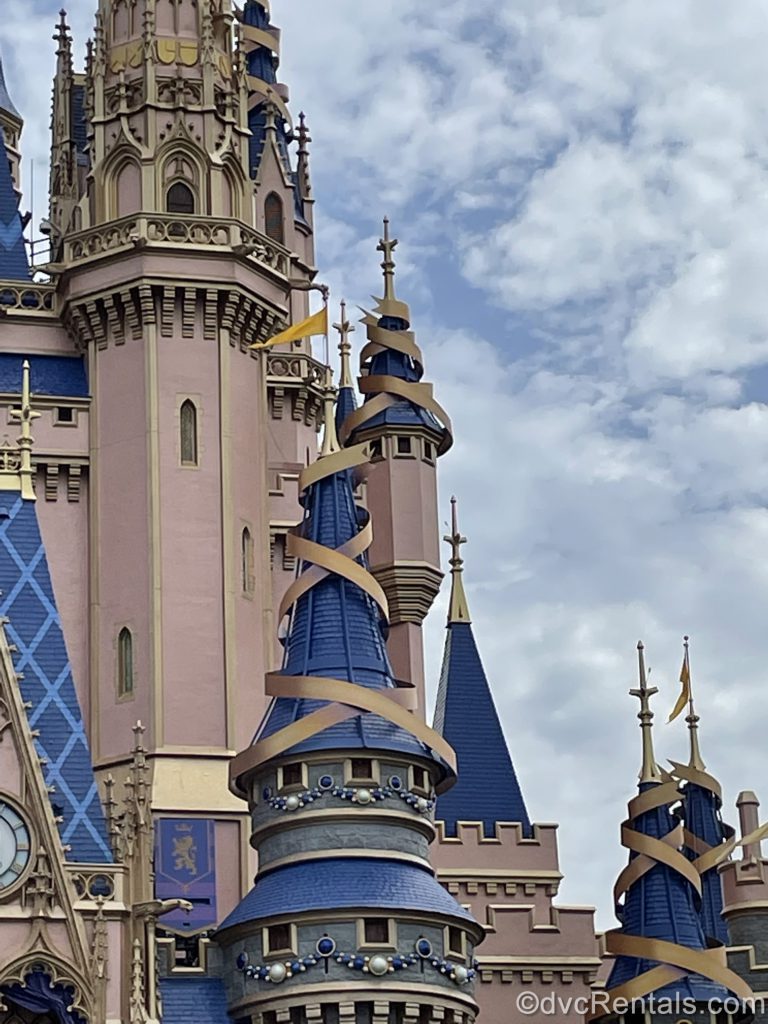 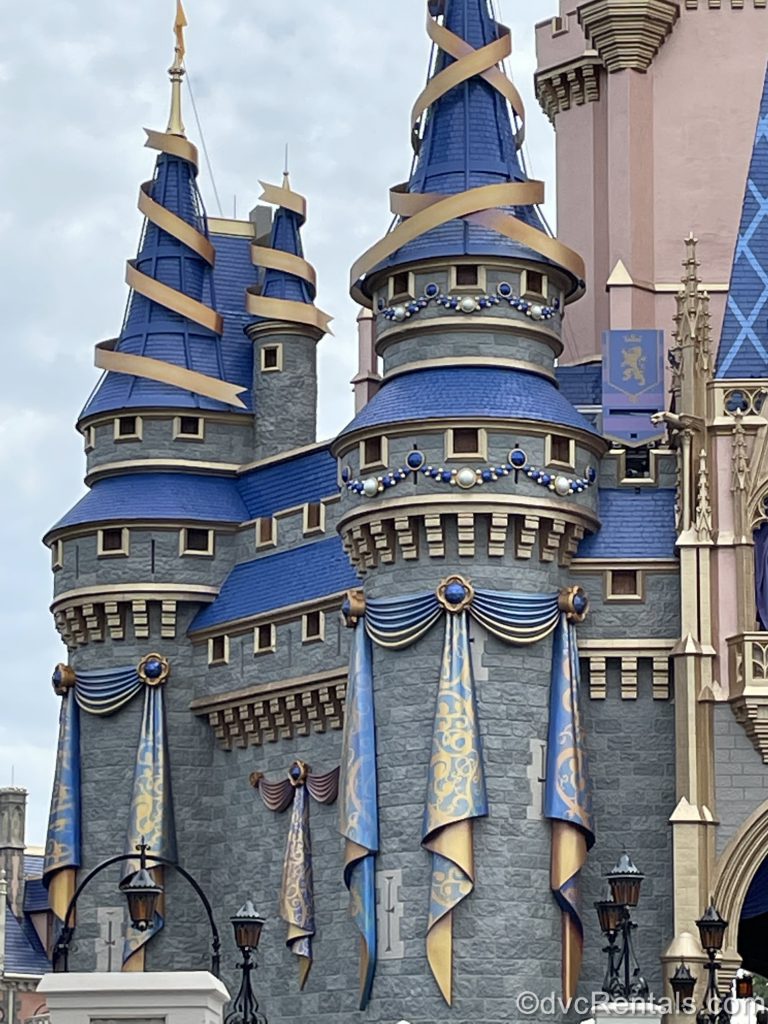 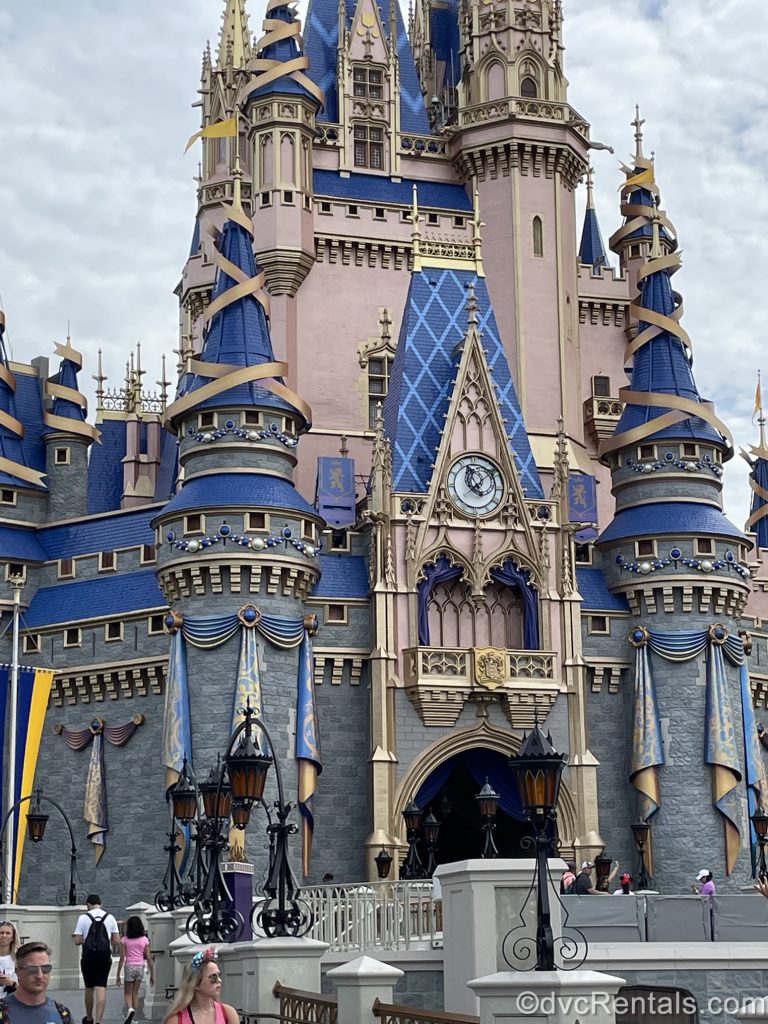 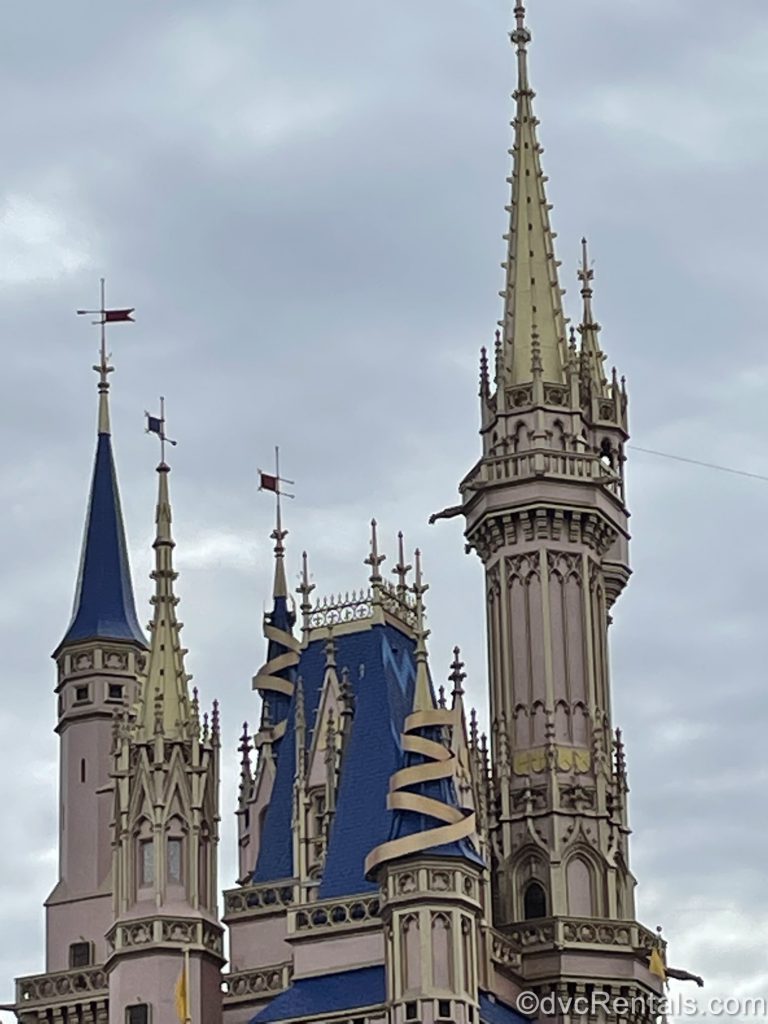 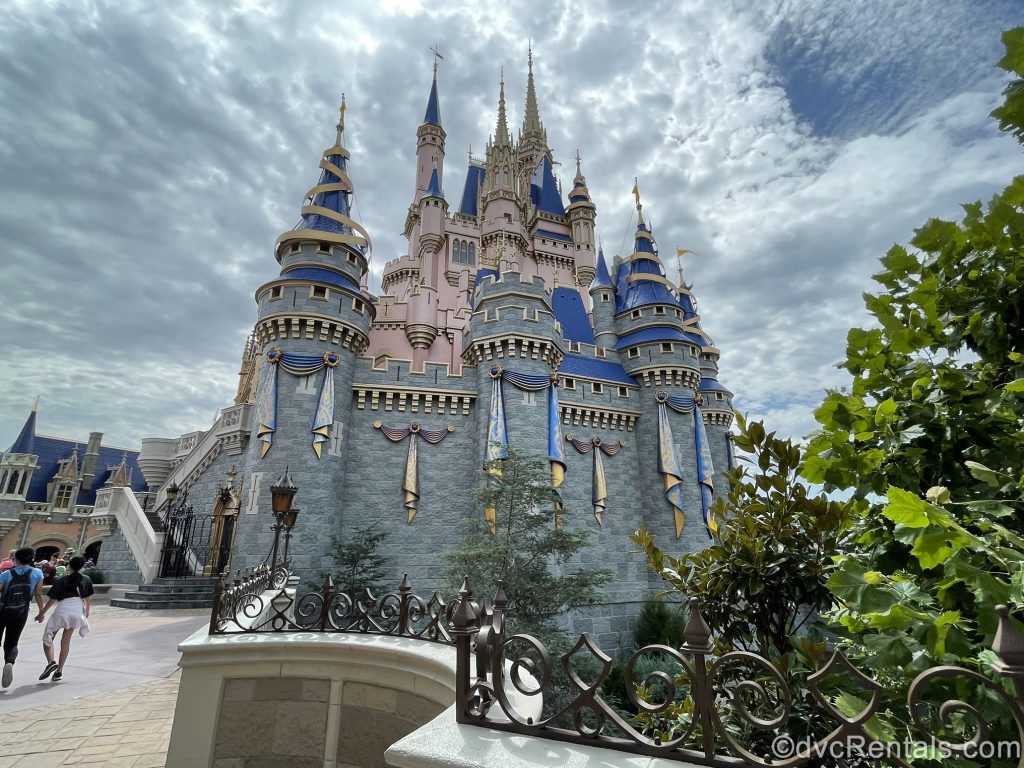 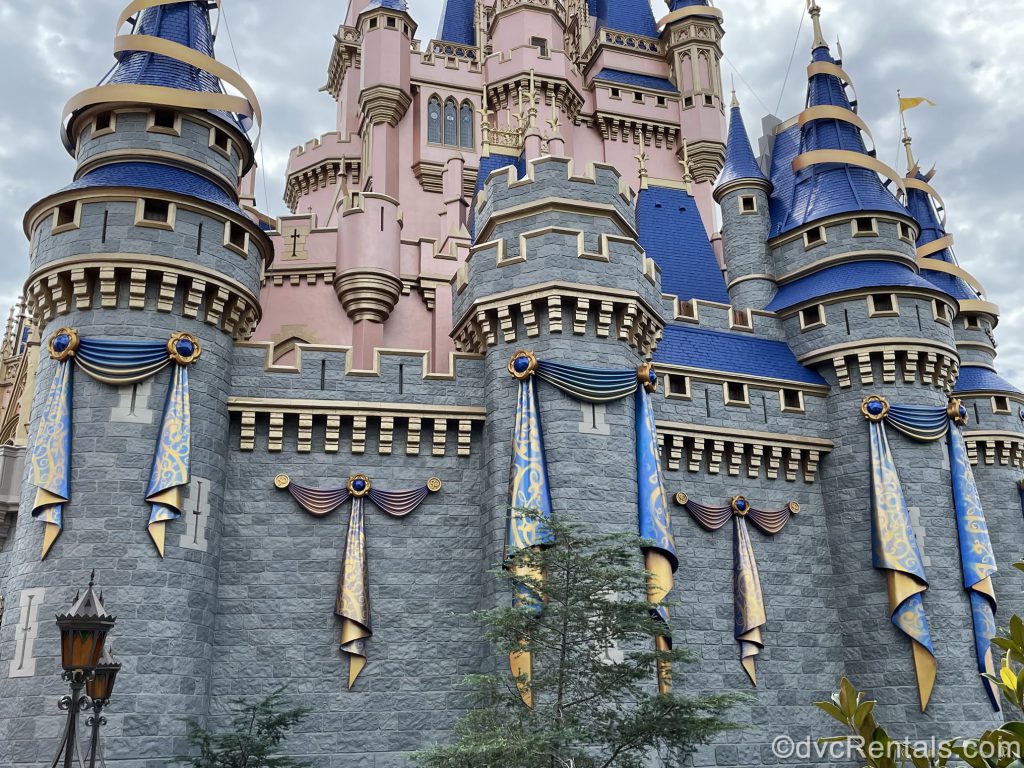 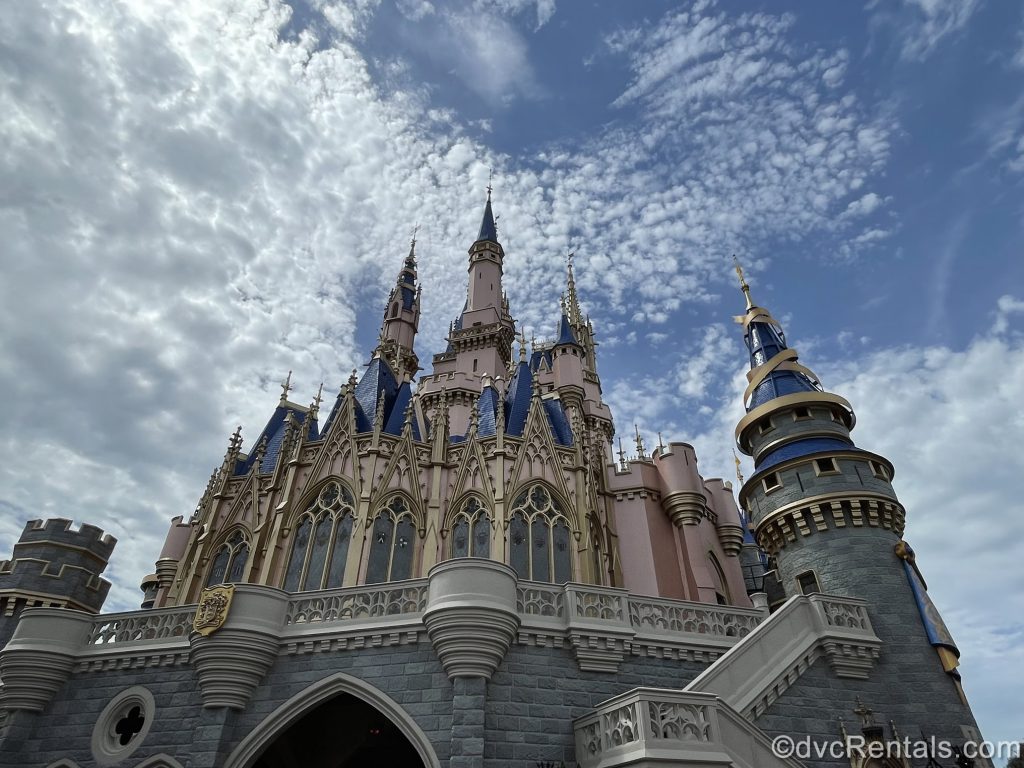 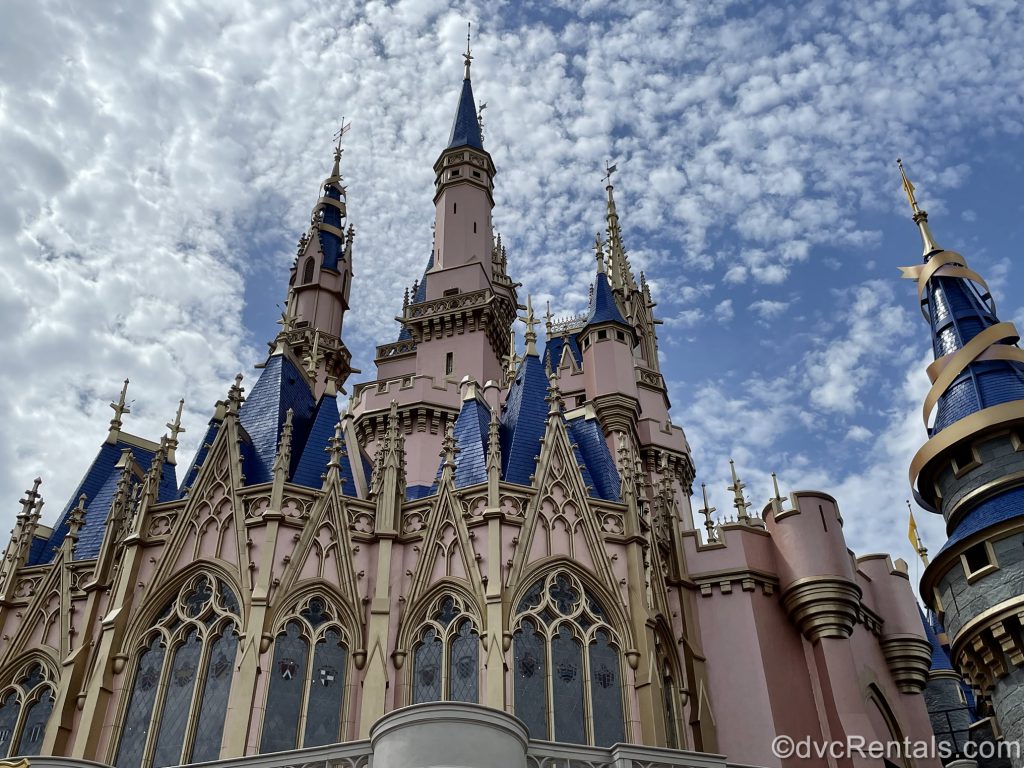 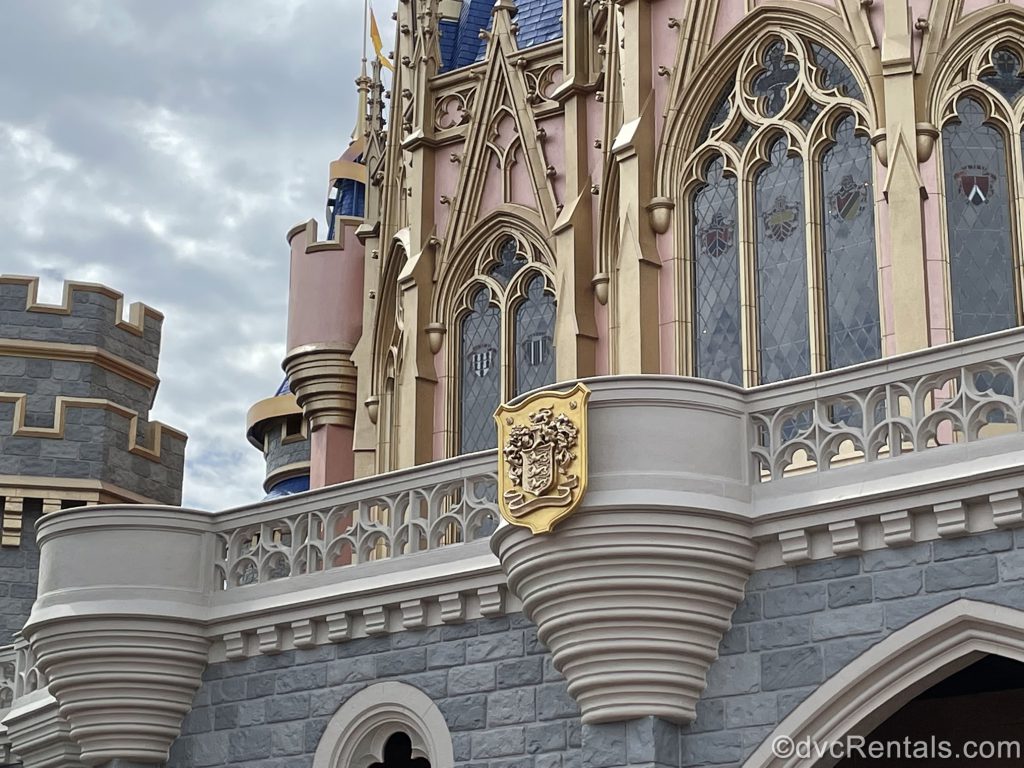 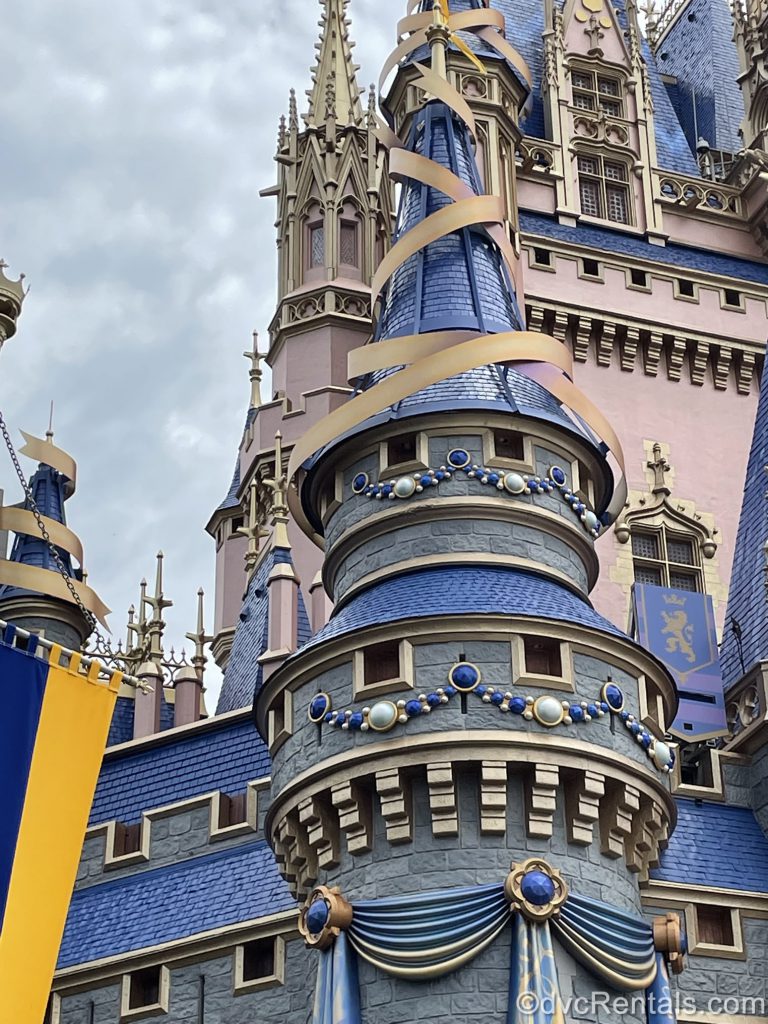 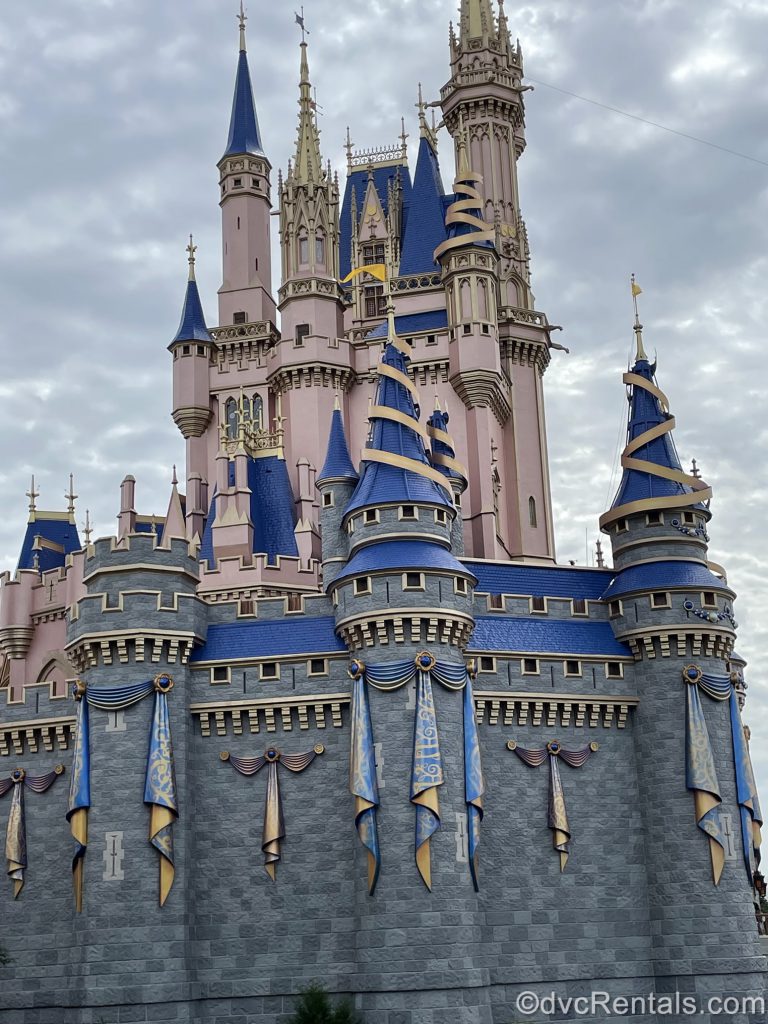 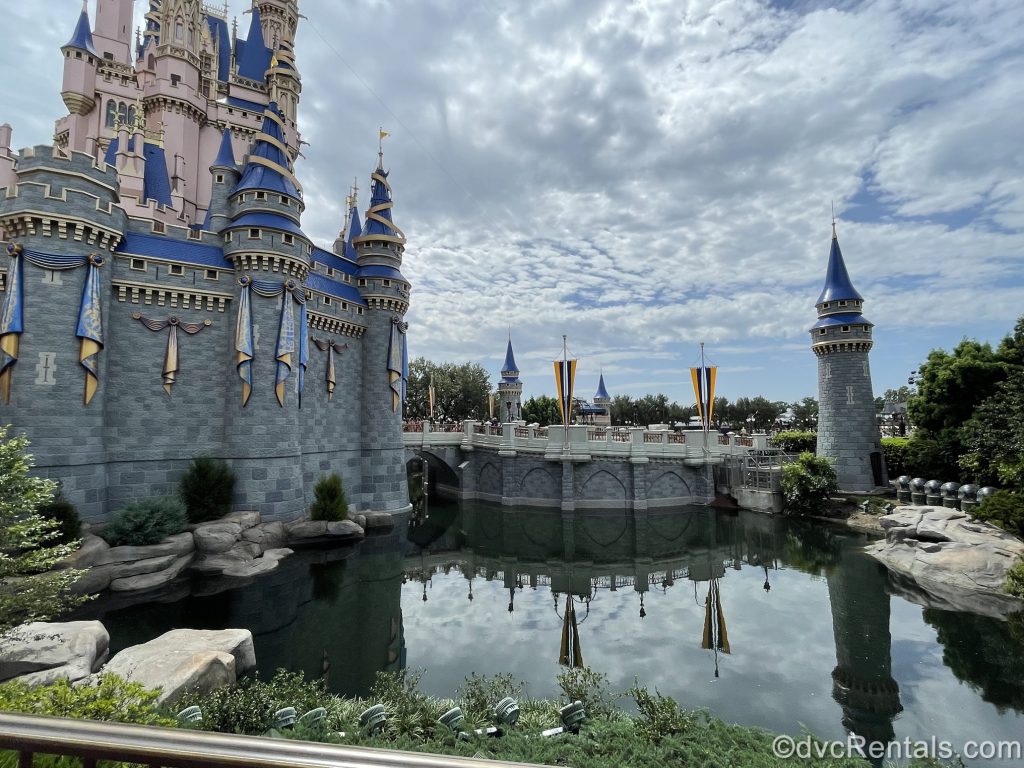 As the expression goes, “a picture is worth a thousand words.” I hope you enjoy looking at the photos of the various designs, close up and more distant, taken from the front, side, and rear of Walt Disney World’s 50th Anniversary Cinderella Castle! 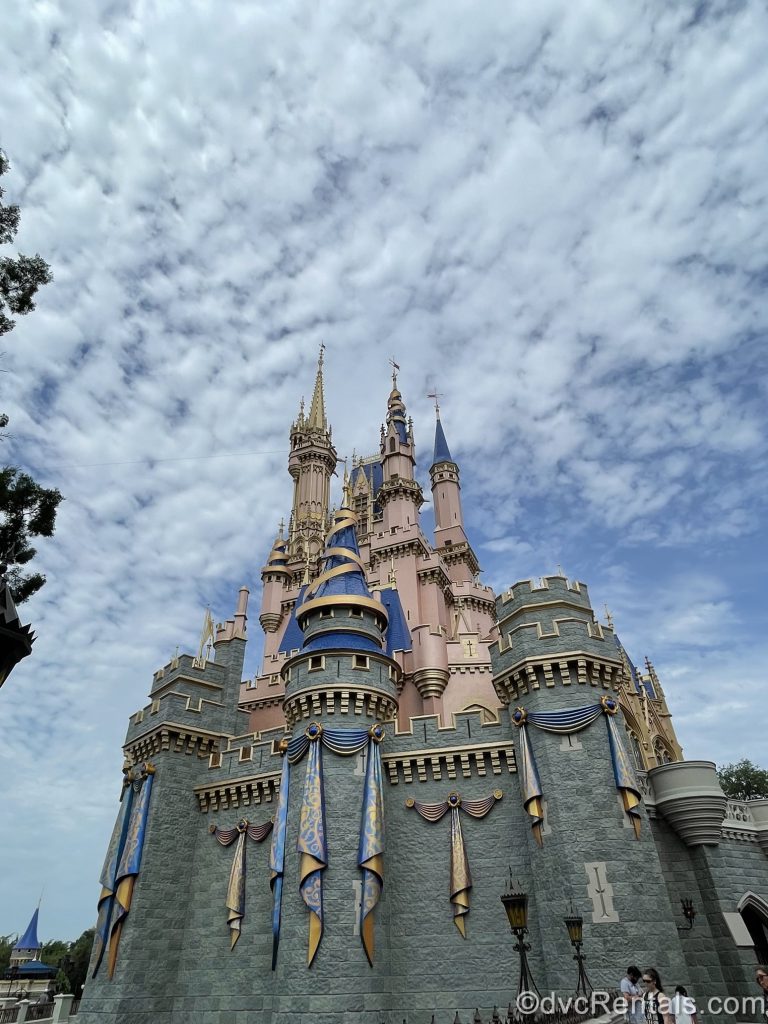 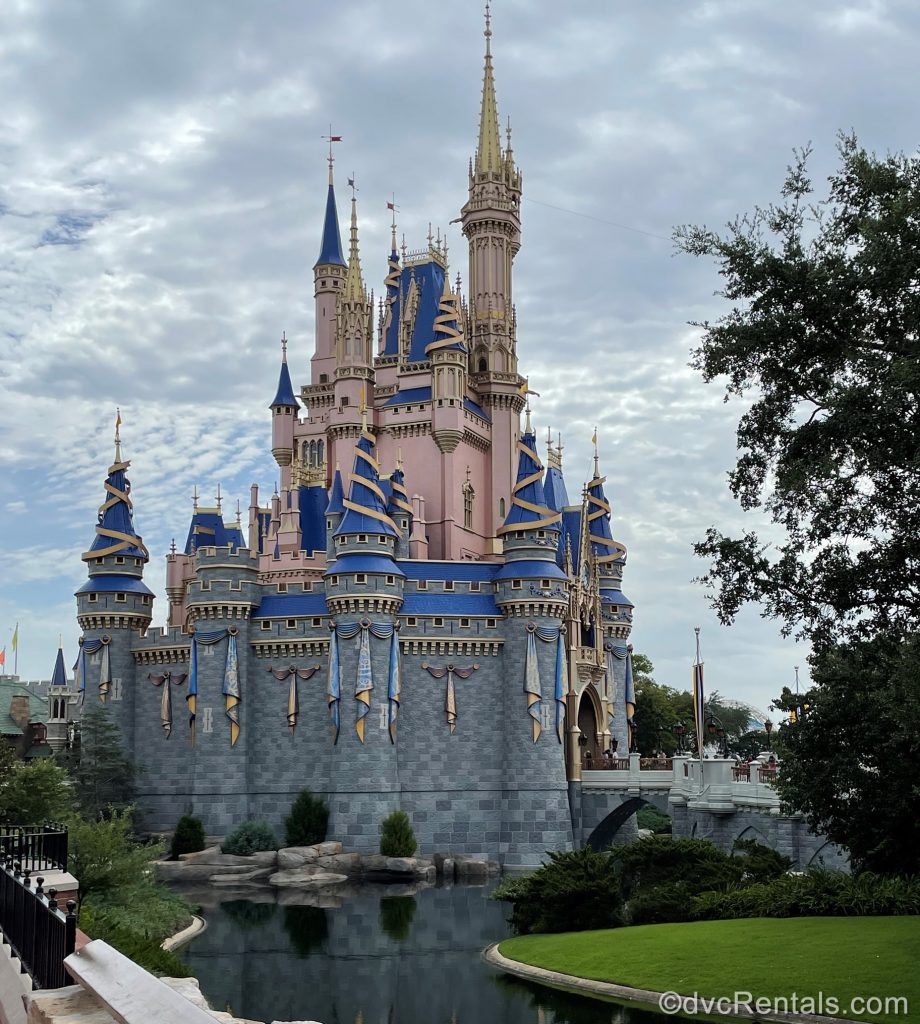