My First Walk Down Main Street

Greetings and salutations, my fellow travelers! My name is Stephen, and I’ve been working for David’s Vacation Club Rentals since 2009 as a Web Programmer, Graphic Artist, and part of our social media team. This May, I had a chance to join some of my amazing teammates on a trip to the Most Magical Place on Earth. 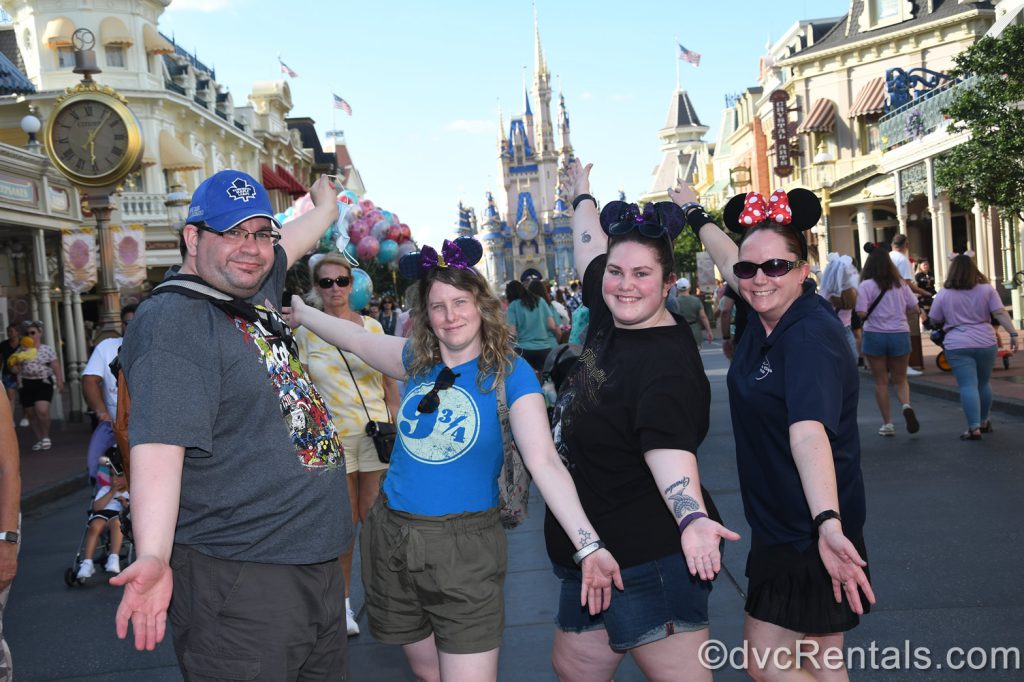 I had never been to Walt Disney World before. Yet Disney was a big part of my childhood, in the form of VHS tapes in giant clamshell cases, the Disney Afternoon TV shows, and the occasional video game. I’ve also never done a lot of traveling (I had never traveled outside of Canada before), so I had many first-time experiences. 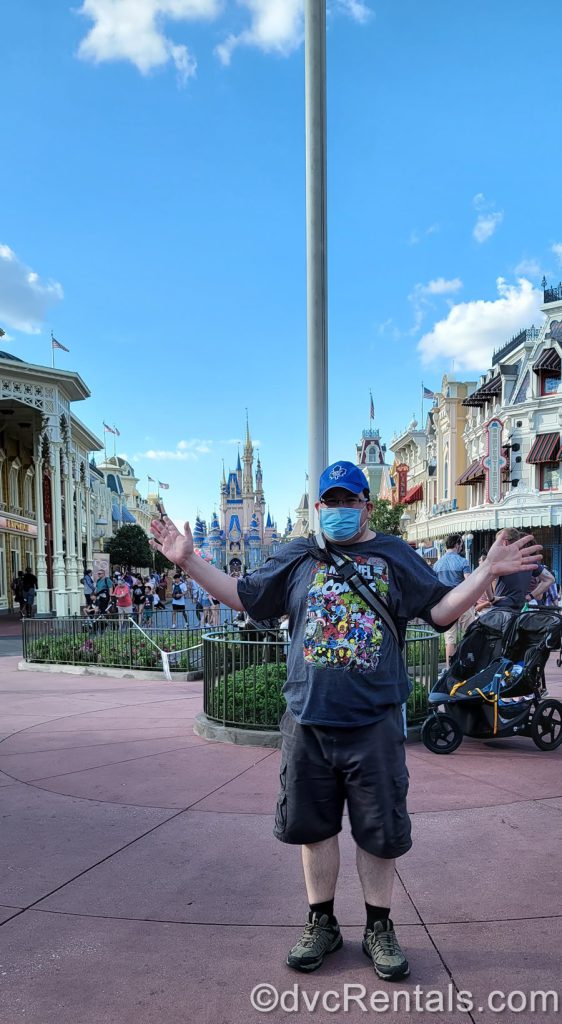 It’s conveniently located near Disney Springs, which is always nice. The newly refurbished rooms are definitely worth checking out. The new pull-down wall-beds behind the sofa are fantastic. They’re just as comfortable as the featured queen bed, and because of their height, they’re much easier to get in and out of. Hopefully, all of the DVC resorts will be getting these soon. Touring all of the DVC resorts is quite the experience. From the sophistication of the Villas at Disney’s Grand Floridian and the new Disney’s Riviera Resort to the rustic Pacific Northwest feel of Boulder Ridge Villas and Copper Creek Villas & Cabins at Disney’s Wilderness Lodge, there’s a resort to appeal to any taste.

Also worth noting was seeing the classic Florida feel of the original DVC resort, Disney’s Old Key West! If I were to pick which resort I wanted to stay at next, I’d probably need a few hours or days to make up my mind.

There are a lot of things I could talk about for hours when it comes to this trip. How amazing the resorts are, how great the food and the parks are, but the one thing that stands out to me is how much larger than life everything can be. The first time I walked into the Magic Kingdom was one of the greatest moments. Stepping onto Main Street for the first time, soaking in everything as I saw all the shops, all of the people, and at the center of it all is the Cinderella Castle. 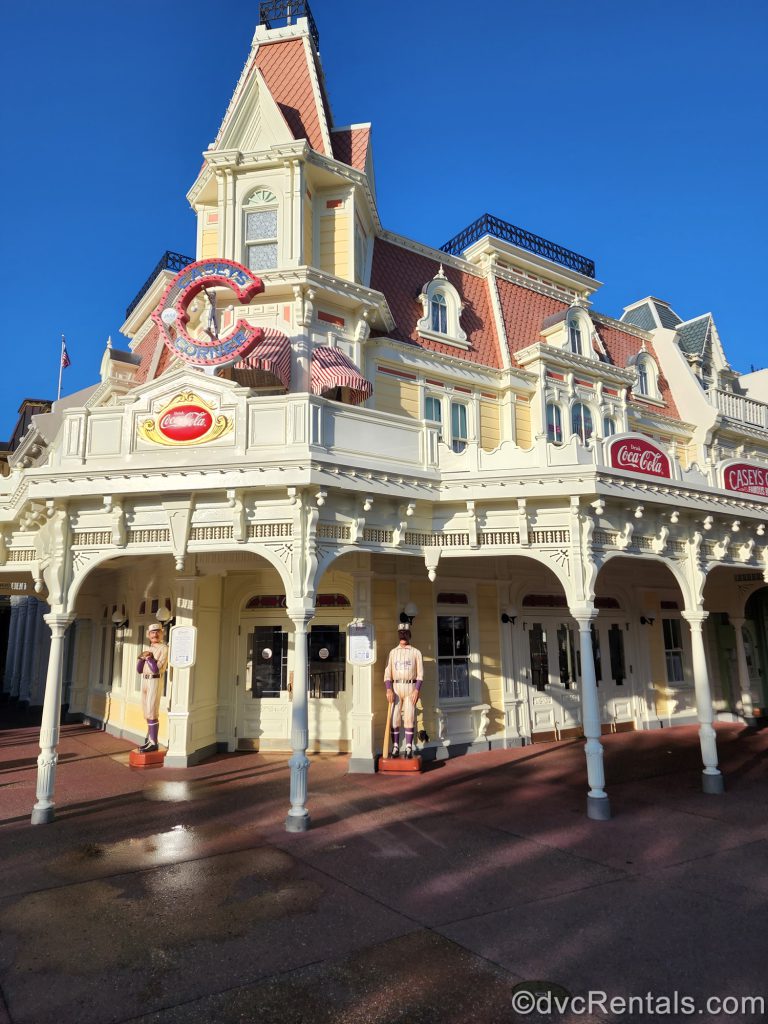 Over the years, I’ve seen lots of pictures of the castle, but it feels even bigger when you see it in person. The whole Main Street presentation feels like something that shouldn’t be able to exist but somehow does. It’s like the perfect creation from someone’s imagination without any of the compromises you would expect from bringing something like this to life. And that’s the big thing about Disney; when you’re in one of the parks, you are completely immersed. It’s some of the most wonderful escapism I’ve experienced. When you get into the queue for the Rise of the Resistance or Mickey and Minnie’s Runaway Railway at Hollywood Studios, you’re not just waiting to get on a ride; you’re getting a briefing from Rey to join the Resistance or walking through a movie screen into a cartoon world. 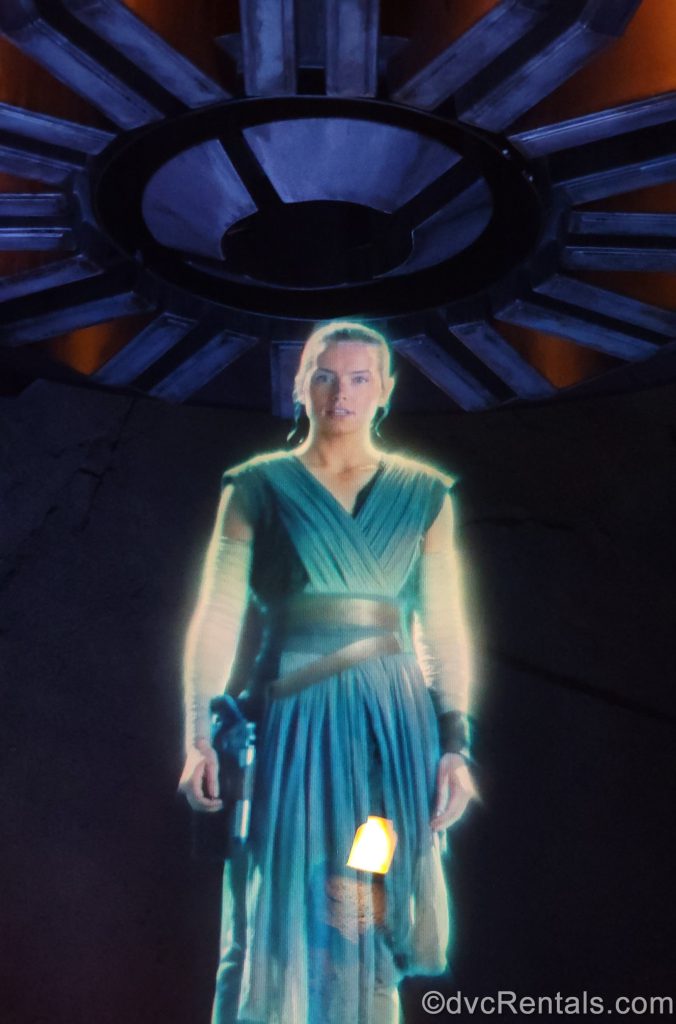 I can’t think of another place where a theater full of guests will unashamedly sing along in unison to songs from Frozen. There’s so much left to do, and I can’t wait for my next visit. Even now, as I’m typing, I’m thinking about the next time I’ll be able to walk down Main Street and experience the magic all over again!