New Fantasyland in Magic Kingdom adds its crowning centerpiece in spring 2014 with the opening of the Seven Dwarfs Mine Train, completing the largest expansion in Magic Kingdom history. Also this spring, New Fantasyland inspires an all-new parade set to roll down Main Street, U.S.A. 2014 sees the official rollout of MyMagic+ and Downtown Disney continues its multi-year re-imagining to Disney Springs. Also new for 2014 will be an exotic – and aromatic – addition to the Morocco Pavilion at Epcot. 2014 is shaping up to be an exciting year at Walt Disney World.

The lovable world of Sleepy, Doc, Grumpy, Bashful, Sneezy, Happy and Dopey comes to life in spring 2014 when the Seven Dwarfs Mine Train takes New Fantasyland guests on a rollicking, musical ride into the mine “where a million diamonds shine.” Inspired by the 1937 Disney animated film classic “Snow White and the Seven Dwarfs,” the fun starts as guests cross a stone bridge and walk through a beautiful forest with the Dwarfs’ cottage in the distance, leading to the entrance to the attraction – and immersion into the endearing story of the radiant and kindhearted Snow White and her forest friends led by the lovable Dwarfs. 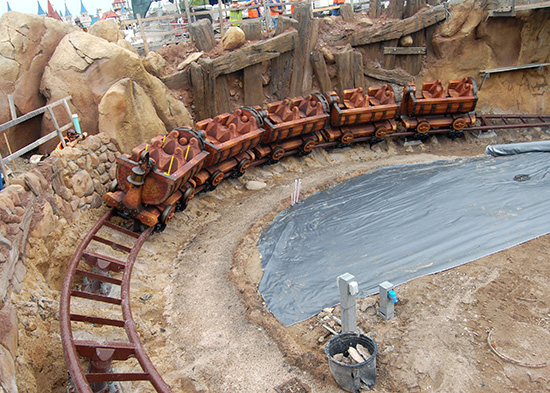 After passing through an interactive pre-show area with fun activities themed to mining, guests will proceed to the mine train. Just like the iconic movie, surprises are in store! The family-style coaster will feature first-of-its-kind ride vehicles mounted in cradle-like pivots that allow the vehicles to swing back and forth during the ride. Adding to the fun, the journey will be accompanied by beloved music from the film classic and there’s a cast of animated figures of Snow White, the Seven Dwarfs and playful forest critters. 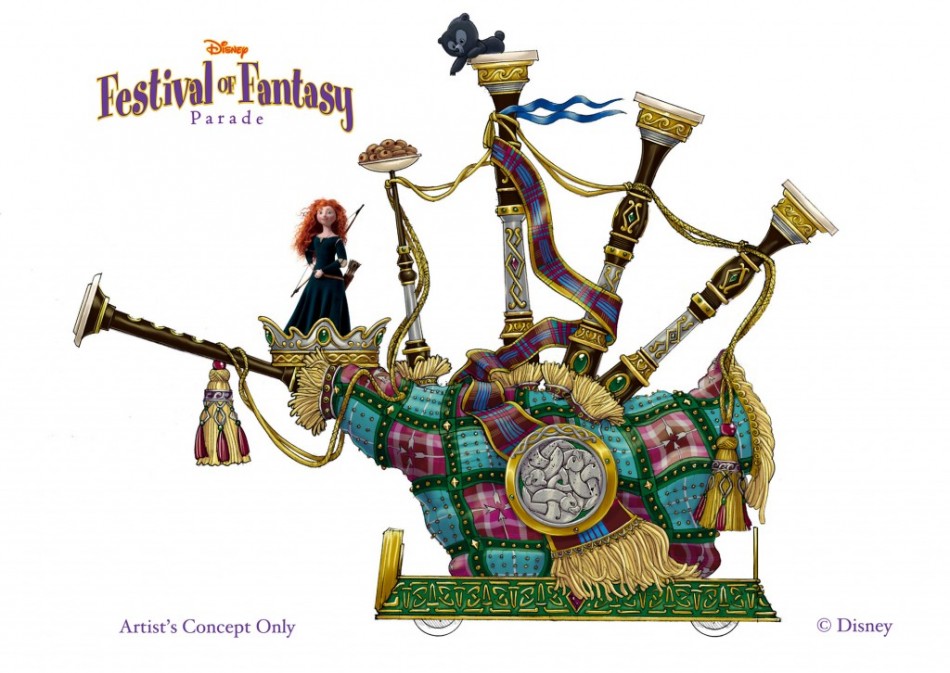 New Fantasyland also inspires a new daytime parade, the Disney Festival of Fantasy Parade, scheduled to march into Magic Kingdom in spring 2014. The Disney Festival of Fantasy Parade will bring the magical stories of New Fantasyland to Main Street, U.S.A. through fantastic and innovative parade floats, vibrant costumes and an original soundtrack that will feature beloved songs from favorite Disney films, plus a new parade theme song. There will be no shortage of fantasy, either, according to the float-makers. Ariel and friends will grace a larger-than-life music box showcasing a colorful musical party “Under the Sea” while Scottish dancers and a float shaped like an enormous bagpipe announce the arrival of Merida. Other floats celebrate Disney Princesses; Peter Pan and Wendy soar above a pirate galleon; Rapunzel and Flynn Rider appear on a longship in search of another “Best Day. Ever.” 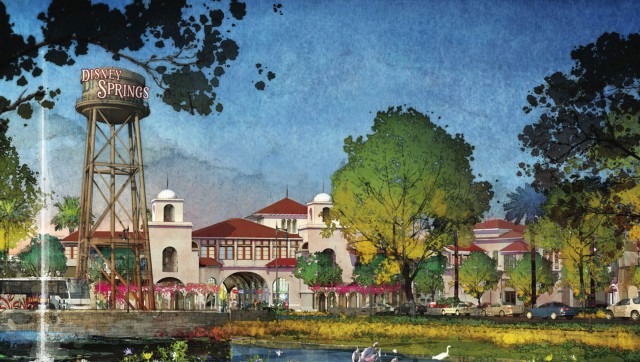 While Downtown Disney in 2014 continues its multi-year transformation into Disney Springs, there are exciting changes guests can experience now. Newly opened in Downtown Disney West Side: Fit2Run serves both recreational runners and athletes. In 2014, Starbucks will add two locations: a storefront at Downtown Disney West Side and a kiosk near World of Disney at Downtown Disney Marketplace. Also in 2014: new retail – from women’s accessories to electronics, sportswear to girl’s fashions, home design accents to salon products – will open as the Marketplace Co Op (replacing Team Disney). There’s plenty of valet and self-parking as the Disney Springs expansion continues. Disney Springs will be a unique and vibrant shopping/dining/entertainment destination to be set amid beautiful open-air promenades, meandering springs and waterfront charm. Anchored by a signature water tower and grand entry, Disney Springs will boast four interconnected outdoor neighborhoods and be home to everything from shopping boutiques to flagship stores to great new restaurants and entertainment venues. With a planned completion in 2016, Disney Springs expects to double the number of venues, to more than 150. 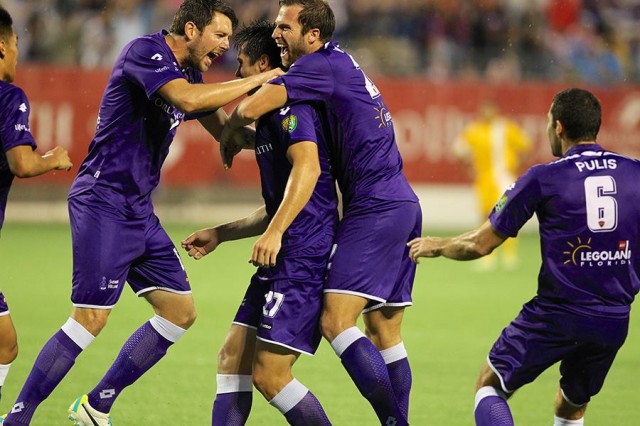 As anticipation for the 2014 World Cup builds around the world, soccer fans vacationing at Walt Disney World Resort will be treated to more professional soccer options at the ESPN Wide World of Sports Complex in 2014. In addition to the Disney Pro Soccer Classic and the Disney Soccer Academy, which both feature pro soccer players, the Orlando City Soccer Club will play its 2014 regular-season home games at Disney in the spring. The team will play its 14-game home schedule inside a soon-to-be expanded soccer venue at the sports complex, providing fans with a more intimate viewing experience than ever before. The Orlando City Soccer Club recently became an official MLS soccer franchise. 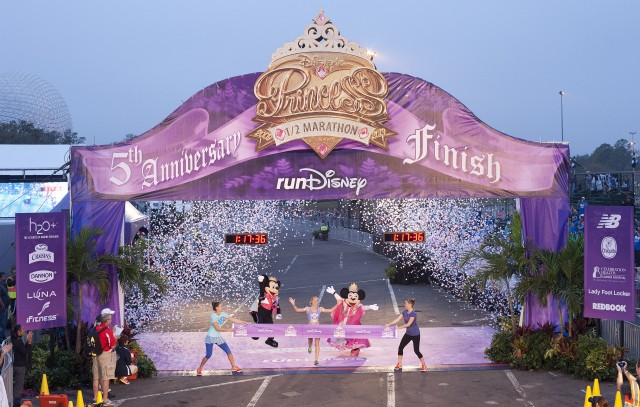 runDisney is expanding two of its most popular race weekends in 2014. There will be a 10K race added to the Walt Disney World Marathon Weekend presented by Cigna and the Princess Half Marathon Weekend. The new 10K races mean there will also be new “challenges” – the Dopey Challenge during Marathon Weekend (running the 5K, 10K, half marathon and full marathon) and the Glass Slipper Challenge during Princess Weekend (5K, 10K and half marathon). Both of these new “challenges” come with a special new medal awarded to anyone who completes the challenge.

Epcot guests are being treated to an exciting addition to the Morocco pavilion, opening tomorrow! Inspired by the whitewashed, outdoor cafes found along the Mediterranean, Spice Road Table offers a variety of Moroccan small plates and specialty drinks – along with scenic views of World Showcase Lagoon in front of the Morocco pavilion. A collection of shops arranged “souk” style stretches along the front of the building. There is even a henna tattoo artist on hand to create temporary body art from traditional and modern designs. The space is finished in cozy booths, Moroccan light fixtures, tapestries and art representing Morocco’s indigenous Beber tribes.

Another guest favorite, the hugely popular Festival of the Lion King show, relocates by mid-summer to an all-new theater in the Africa section of Disney’s Animal Kingdom. There is so much more to round out the fun in 2014 for Walt Disney World Resort guests including returning favorites: runDisney events led by the Walt Disney World Marathon, the Epcot International Flower & Garden Festival, Atlanta Braves Spring Training, Star Wars Weekends, Car Masters Weekend, the Epcot International Food & Wine Festival and much more.

This is a great year to visit Walt Disney World and renting points to stay in a deluxe Disney Vacation Club villa is an affordable way to experience the best Disney has to offer in resort experiences. While staying at the Walt Disney World resort as a guest of a DVC Member, you will receive all the benefits of any guest staying on property, including the Magical Express, the Dining Plan and Extra Magic Hours. Visit our website for details on how you can save as much as 50% on your stay at a beautiful Walt Disney World resort – like the luxurious new Villas at Disney’s Grand Floridian Resort & Spa or an exotic room at Disney’s Animal Kingdom Lodge and Villas where giraffes and zebras wander the savannas just outside your window. Those are just two of eight spectacularly themed resorts where you and your family could be vacationing this year.