On August 23, 2014 Disney’s Hollywood Studios held a first time separate ticketed event called Villains Unleashed. It was to be a night where 50 of your favorite Disney Villains controlled the agenda with special entertainment, merchandise and food. 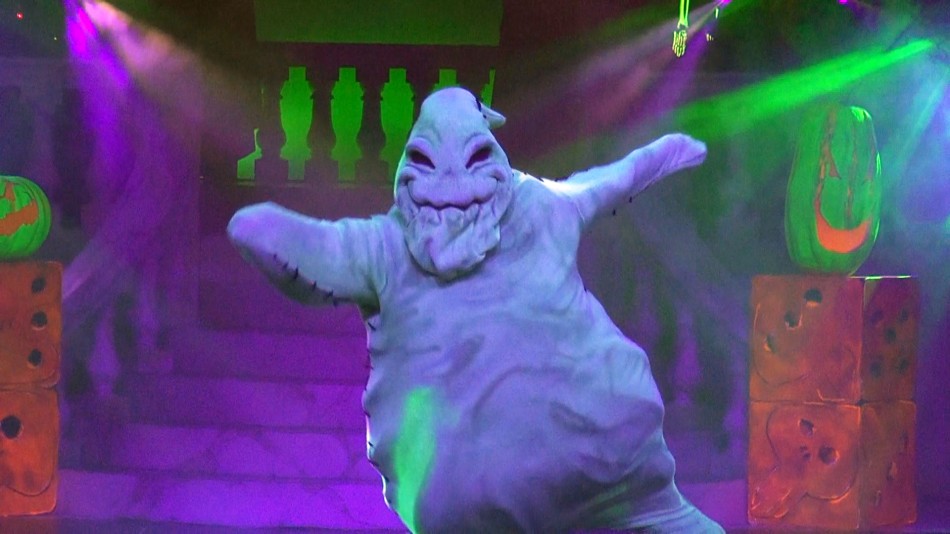 It was not the first time Disney did an event like this, just the first time it was a separate ticketed event. Last year they included it in your admission and found that it was so popular, many people complained of overcrowding. It was still just as popular, if not more, and although I had a great time, the crowds did make it feel somewhat overwhelming for some guests. 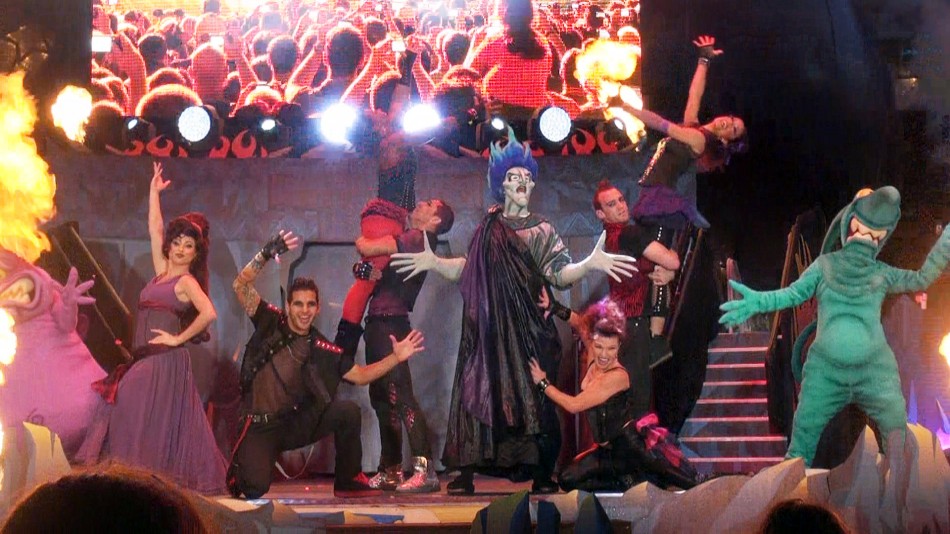 At 8pm Hades came to the main stage and “Unleashed” all 50 Villains with a wonderful introduction. This was fun and really set the stage for a great night. Maleficent, being the 50th and last Villain Unleashed, promised to return at 12:45am to give the audience a gift which would be the Villainy In The Sky Fireworks. 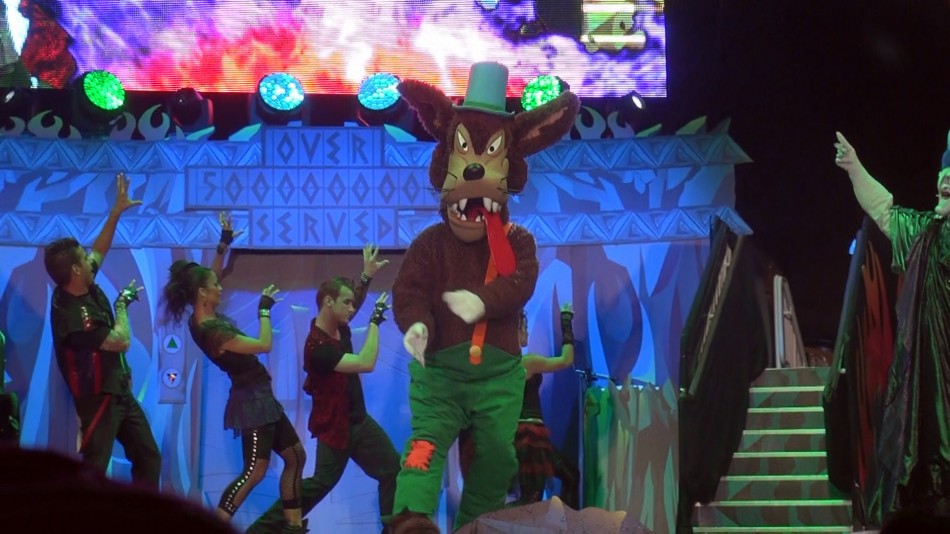 Over at Theatre Of The Stars, where the Beauty and the Beast stage show is performed, Oogie Boogie held a brand new Freaky Funhouse Show. I was told there were warnings that this might not be kid friendly, but I never saw them for myself. The show was, in fact, a real freak show with sword swallowers and fire eaters. I found it very entertaining and certainly not mainstream Disney. It didn’t bother me however, since it was not in the Magic Kingdom where I would have found the risque’ performances somewhat more disturbing. Some people left loving it and some were simply mortified. You can watch the video for yourself and decide. 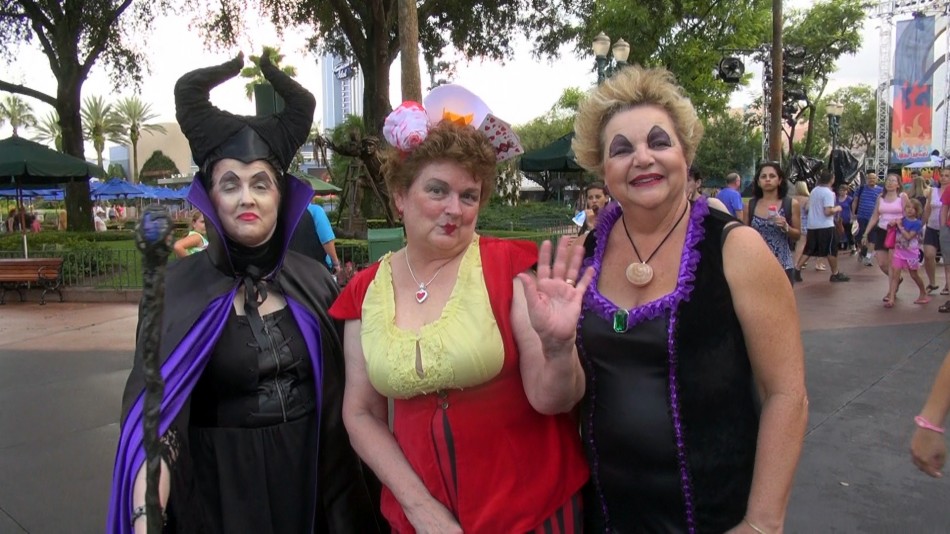 Characters were everywhere – most notably popular was Constantine from Muppets Most Wanted. He was the Kermit look alike albeit the mole on his face. Rumor has it that Matt Vogel, the original voice for the character, was on hand and greeting guests. His popularity was so huge they had to stop people getting on line quite early in the night. 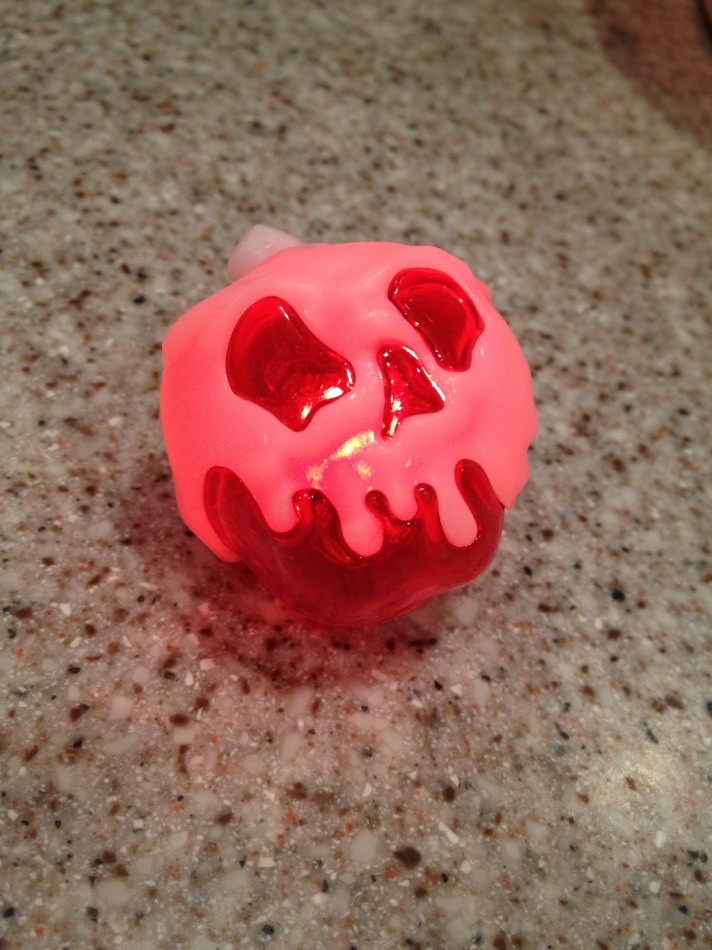 I was very happy to get a specialty drink cocktail, not because of the drink, but because I really wanted the limited edition Poisoned Apple Ice Cube. It’s the simple things that excite me and I love this take away.

Fantasmic was still performed, but with a small Villains pre show. I did not get to see it but was told that the pre-show was less than stellar and not a “have to see” experience. 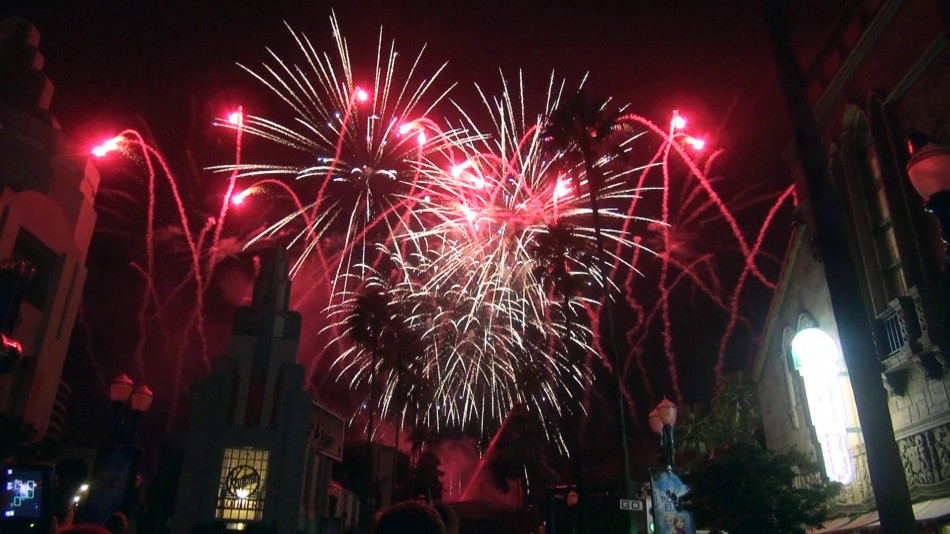 At 12:45am, Maleficent kept her promise and began Villainy In The Sky Fireworks. WOW is all I can say. It was definitely one of the most epic Firework performances I have seen and up there with Disney’s best.

By the end of the night, maps, merchandise and anything limited having to do with the event was sold out. Disney could have sold a lot more T Shirts than they had on hand. My guess is that if they offer this again next year, it will be a 2 or 3 night event and Disney will have more merchandise on hand to meet guest demand. 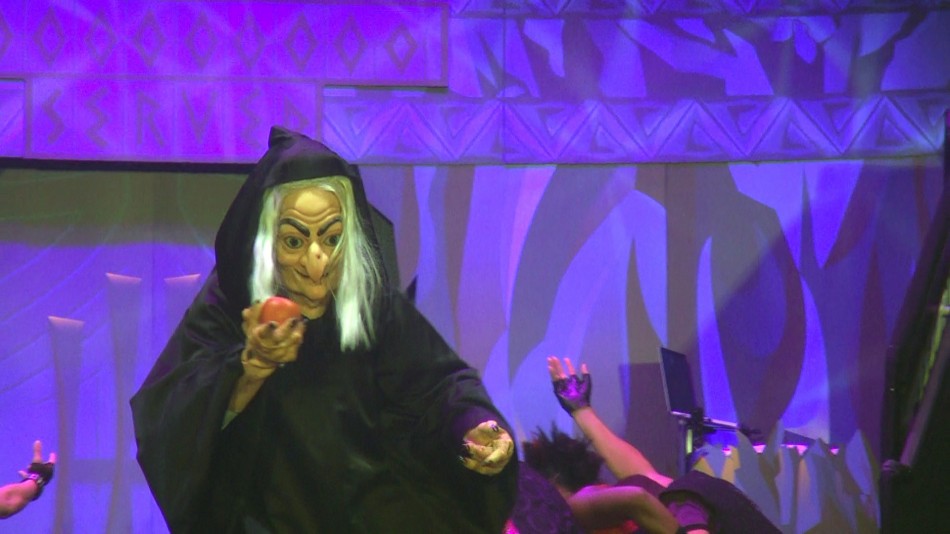 I love these separate limited events and hope they continue to evolve into the unique entertainment that can only be offered by a Walt Disney Theme Park.

~ Thank you to Guest Blogger John Saccheri. John’s YouTube Channel, The Big Fat Panda Show, is a very popular Disney channel with more than 2,155,000 views and over 8,300 subscribers.