One of my fondest childhood memories was piling into my Aunt’s car with my sister and cousins to go see The Jungle Book at the local drive-in. We all had our pajamas on and the car was filled with pillows and blankets and snacks. It was like a big slumber party on wheels! There aren’t many drive-in theaters left these days but, thanks to Disney, you can experience a bit of nostalgia by going to the Sci-Fi Dine-In Theater restaurant at Disney’s Hollywood Studios. 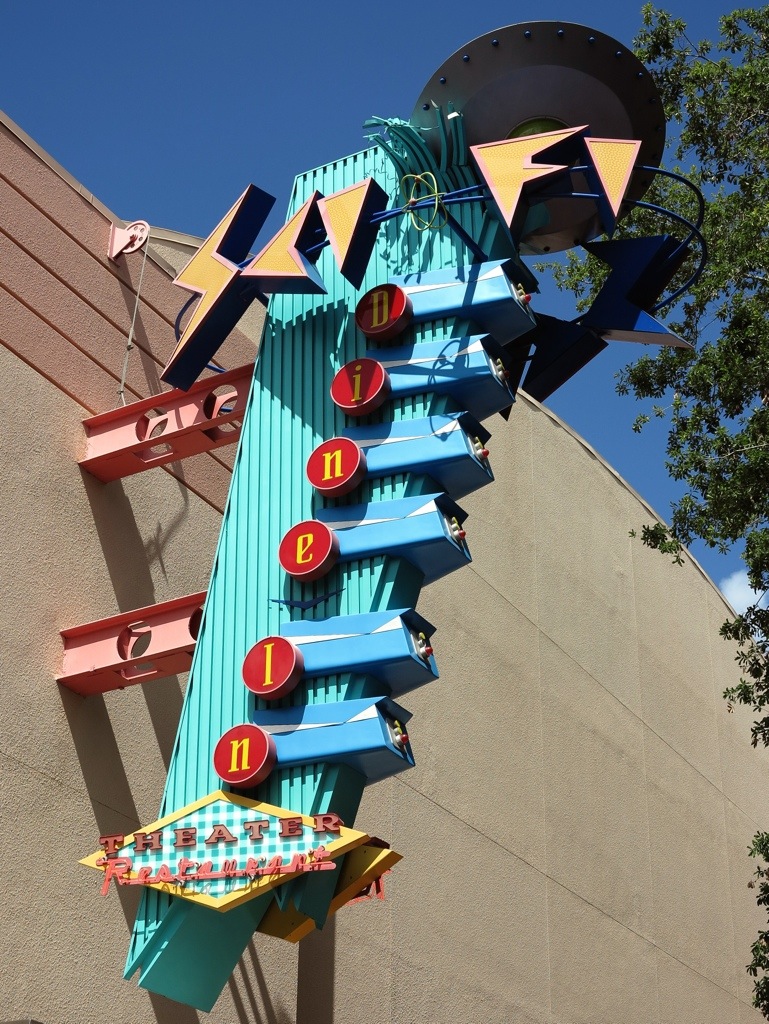 The Sci-Fi Dine-In isn’t just another theme park restaurant – it’s a dining experience like none other. From the moment you arrive, you’ll be transported to another place and time. Outside the restaurant, you get a taste of things to come with this old car and movie billboard. Be sure to get a photo of the gang sitting in the car. It’ll be a great memento for later. 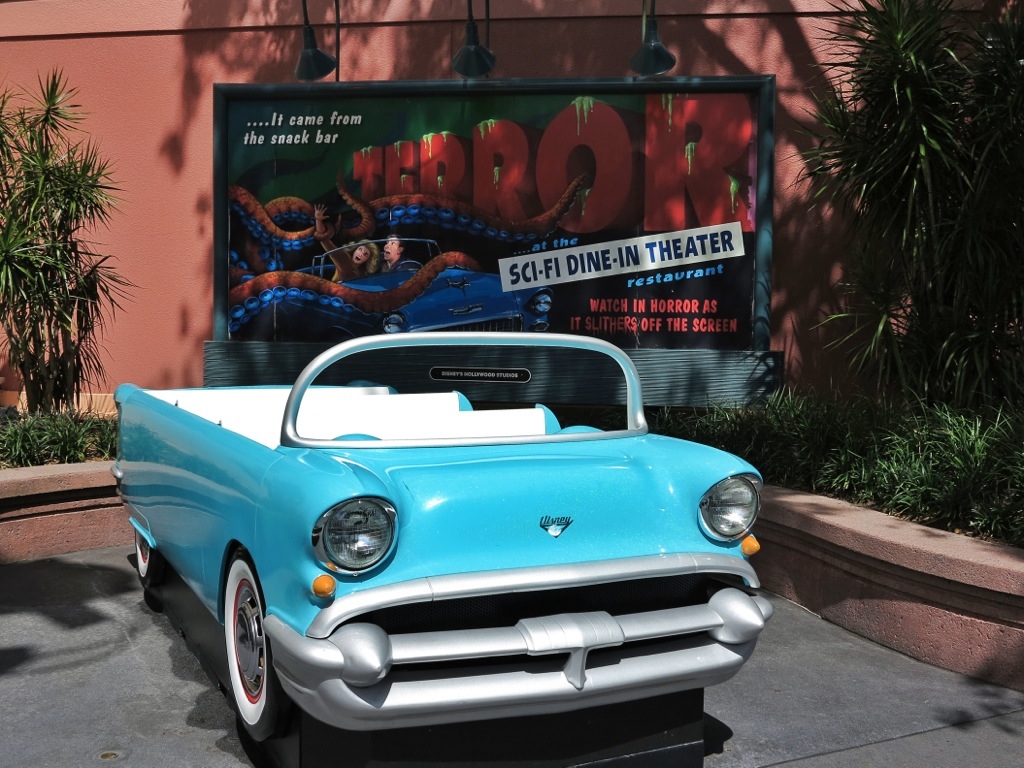 As you walk in, you’ll notice that the check in podium is designed to look like the ticket booths you would find at the drive-in theater in the 50s and 60s. This is just a teaser though. The real magic happens when you are led down the hall and into the restaurant. 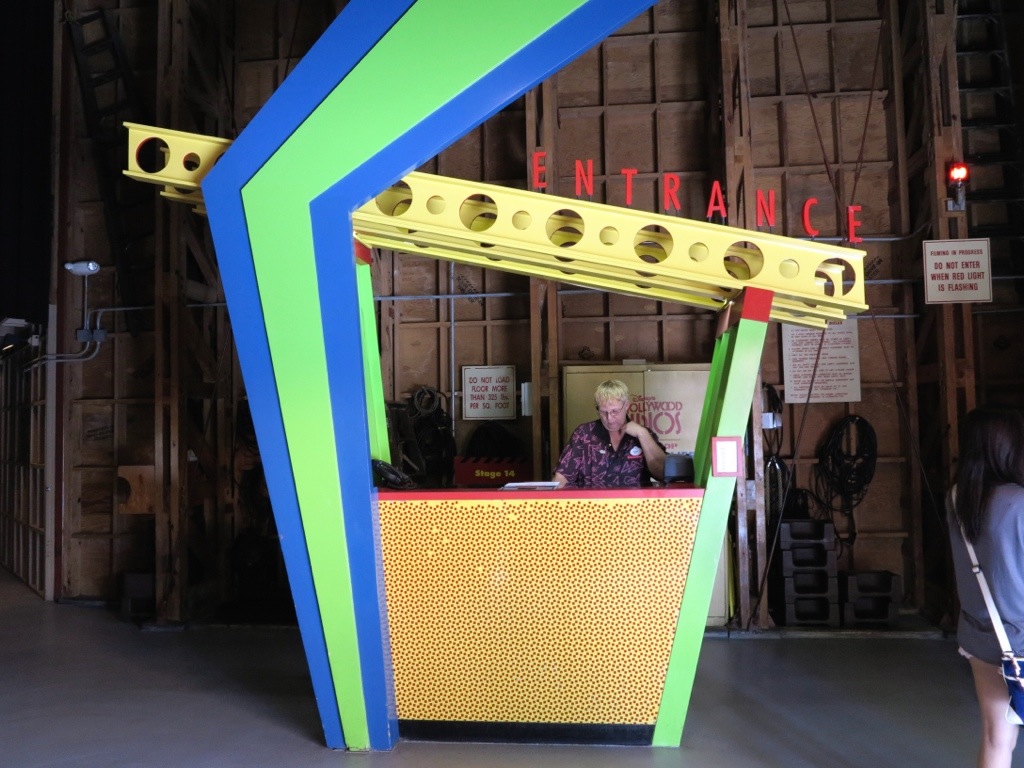 As you step through the doorway, you step into the parking area of an old drive-in theater. It really feels like the ones I remember from my childhood. It’s nighttime and the movie has already begun… 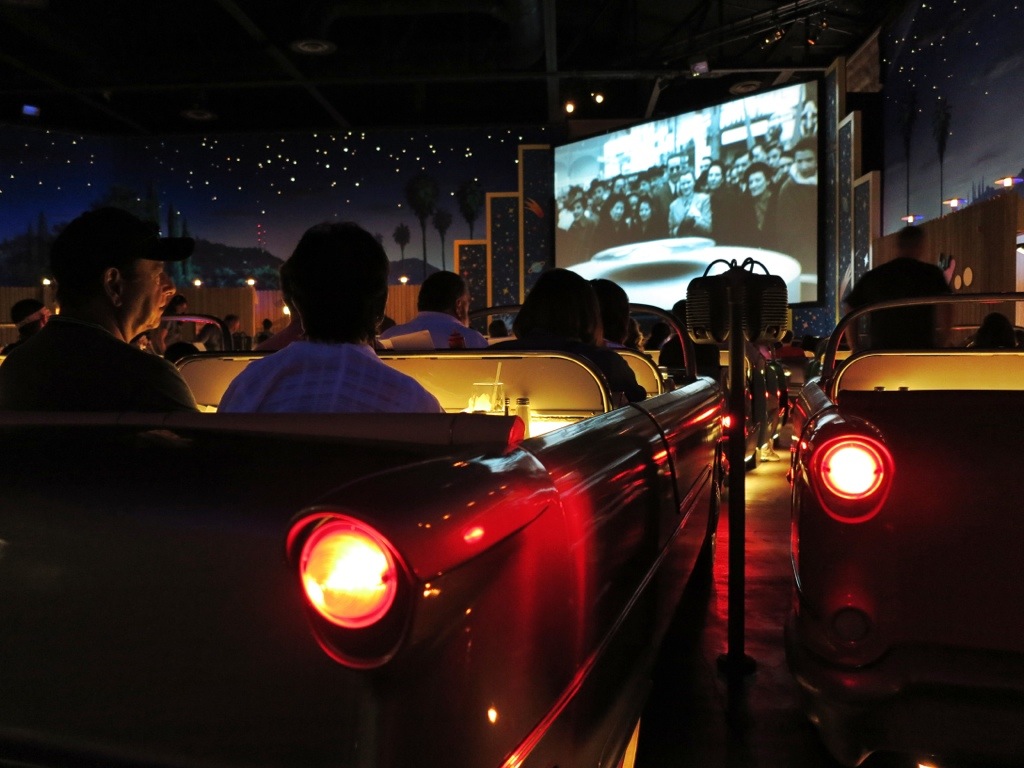 You’ll be escorted to your table, which in most cases is a car with 3 bench seats and a small table for each seat. Some cars have one large table with chairs and along the back fence are what they call the “pixie dust” tables. I recommend making advance reservations if you want a car with bench seats. 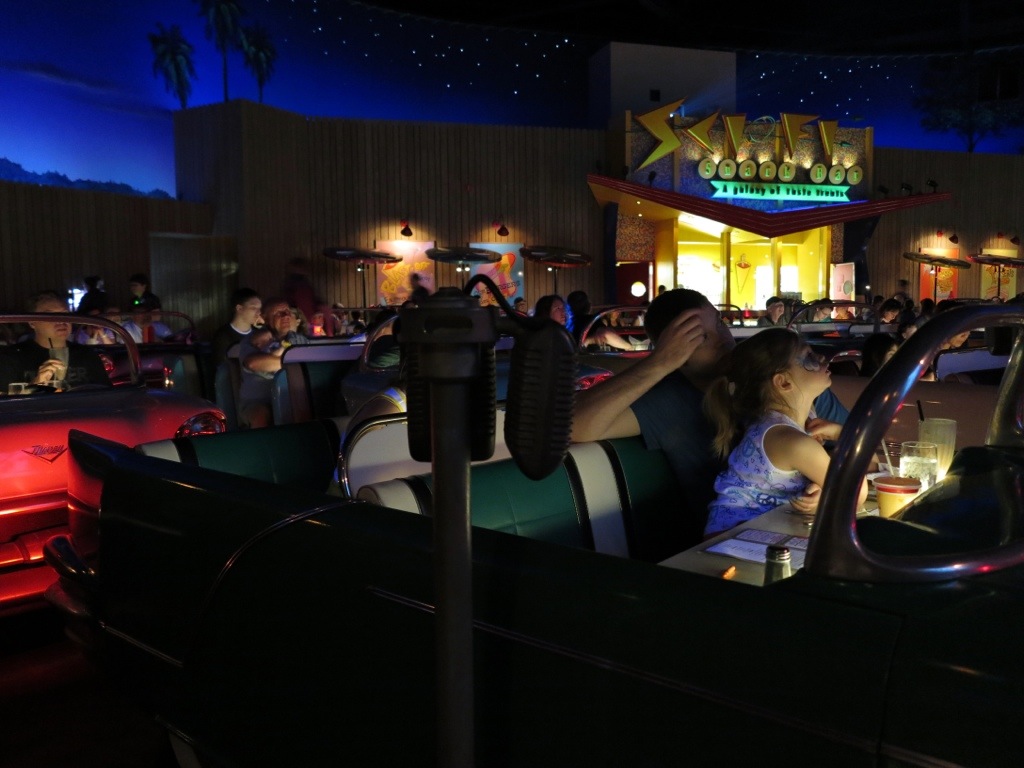 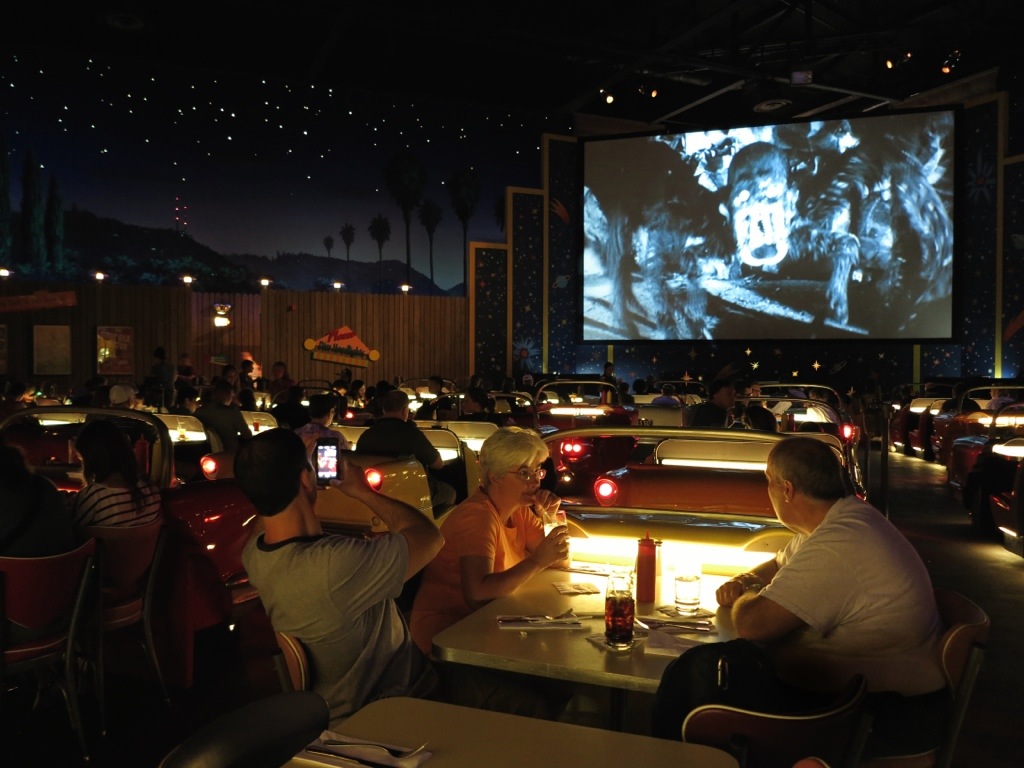 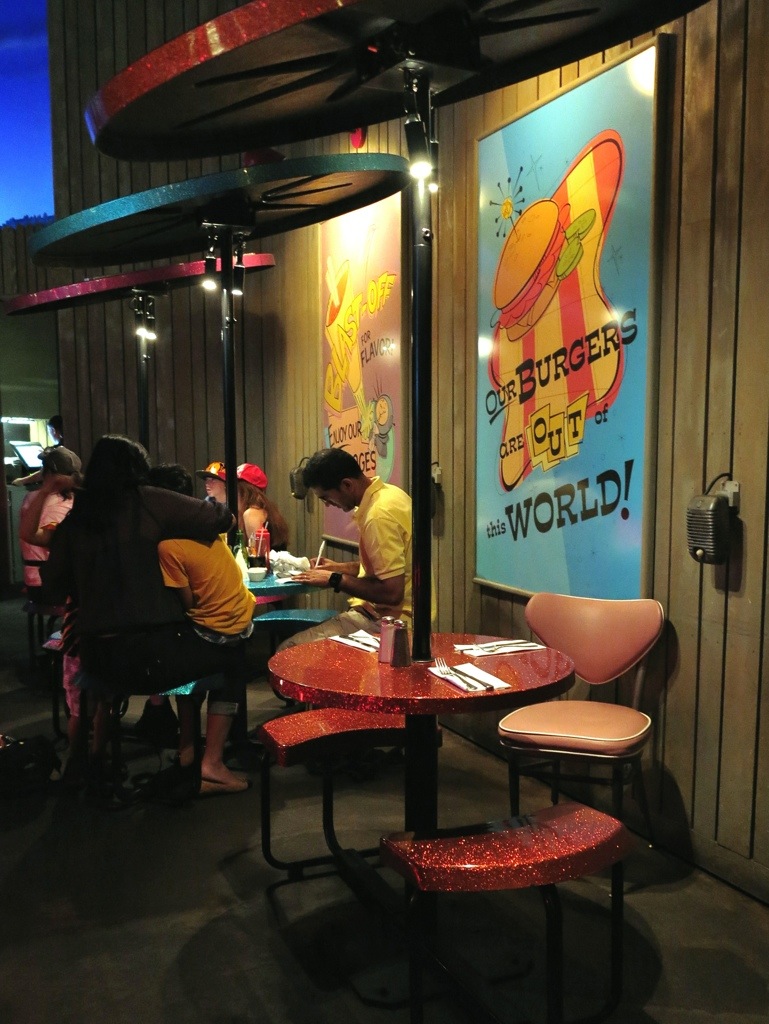 The old time speakers next to your table provide the sound for the movie, just like they did way back when. 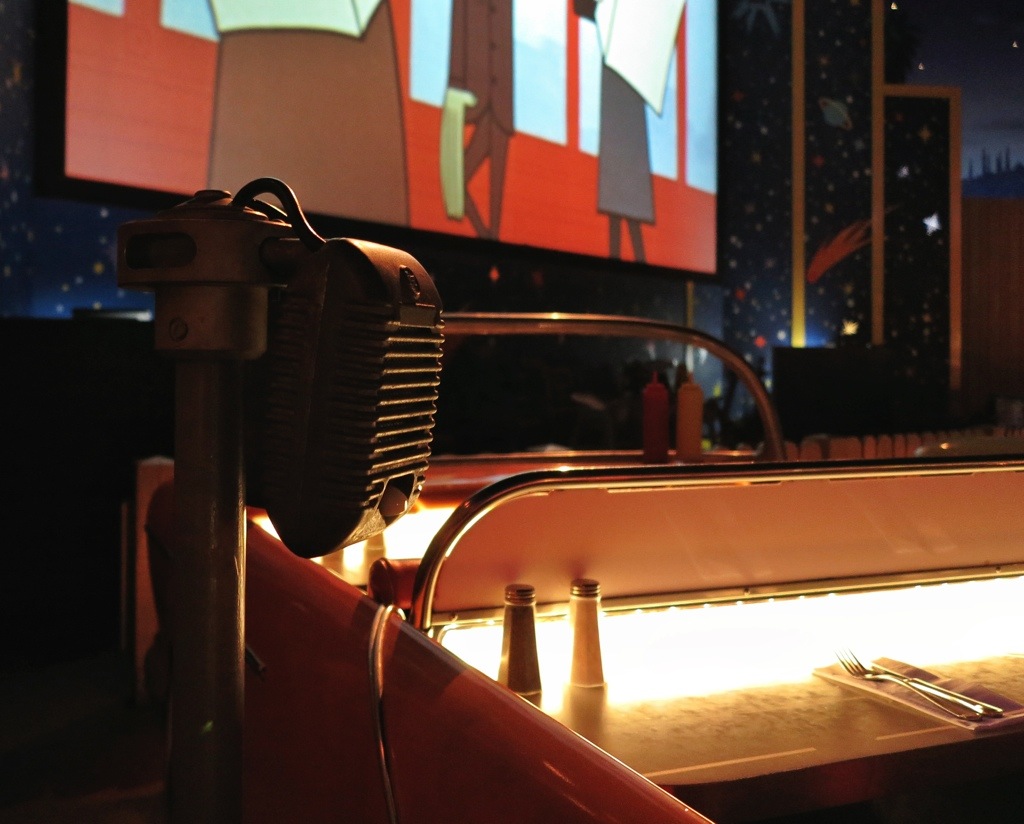 The movies are old Sci-Fi and horror clips. They’re very entertaining to watch. I found myself laughing quite a bit. Every now and then you’ll see Mickey Mouse or Walt Disney. 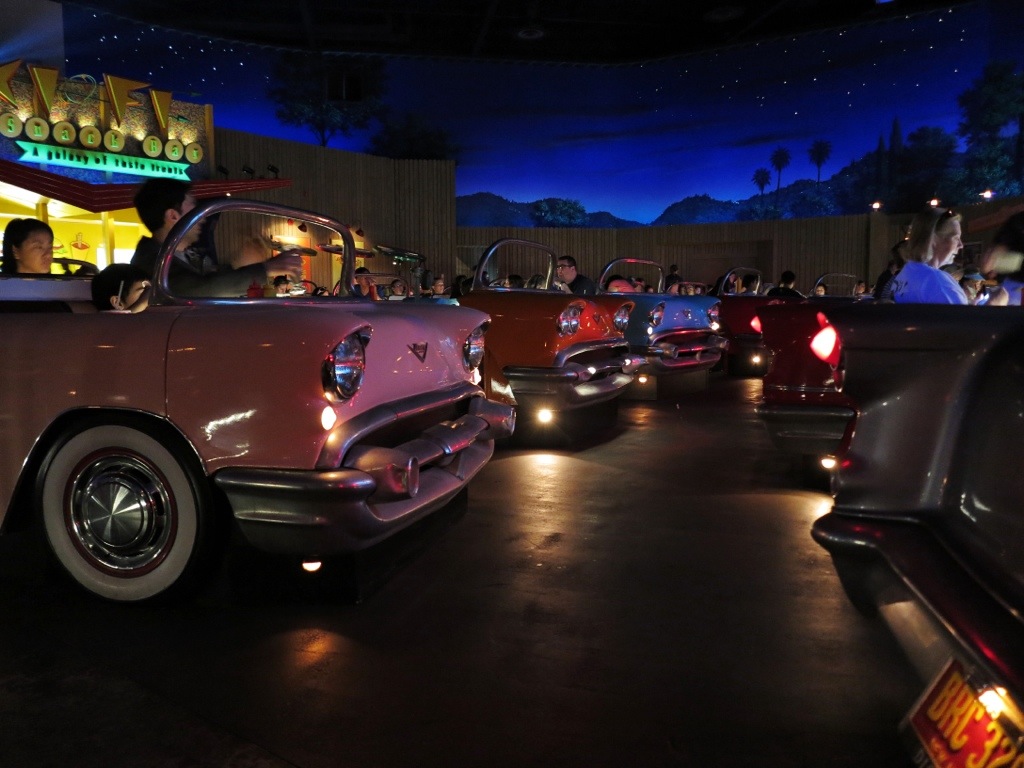 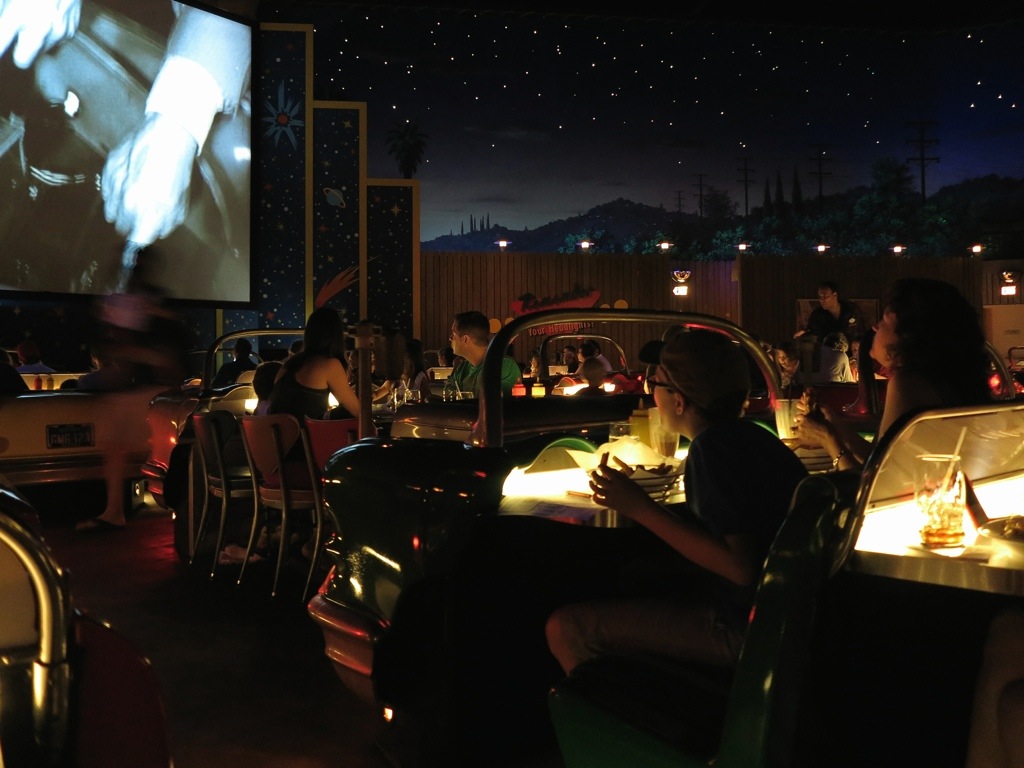 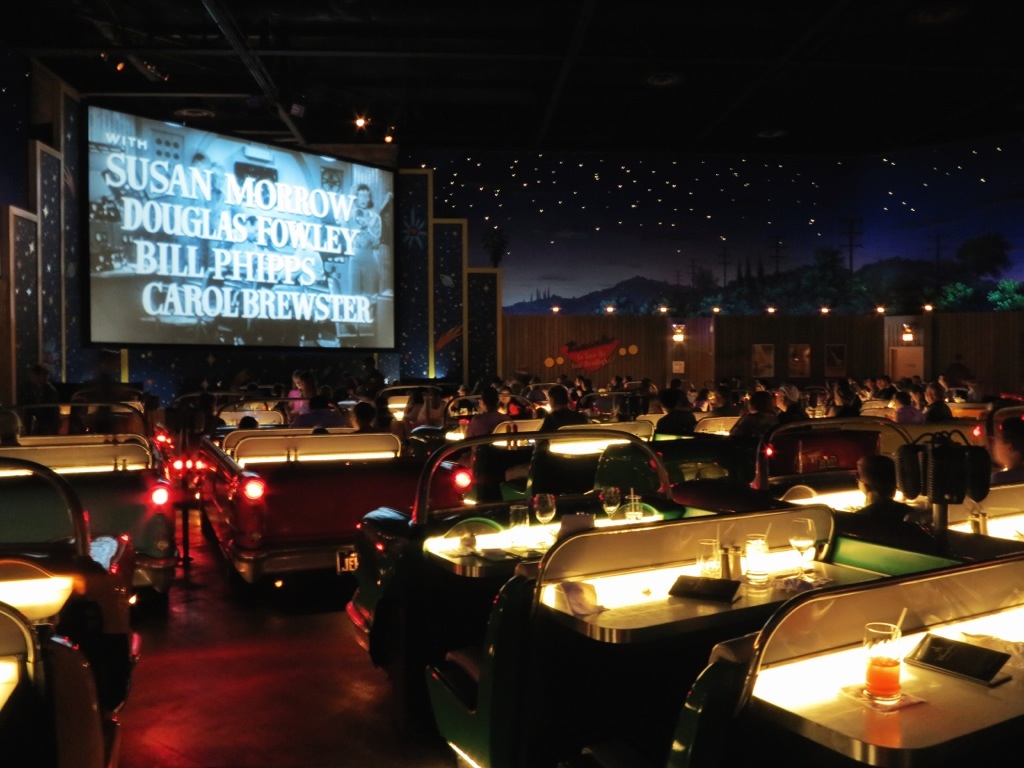 At the end of your meal, young movie goers will be offered a drivers license, while adults are issued a parking violating! 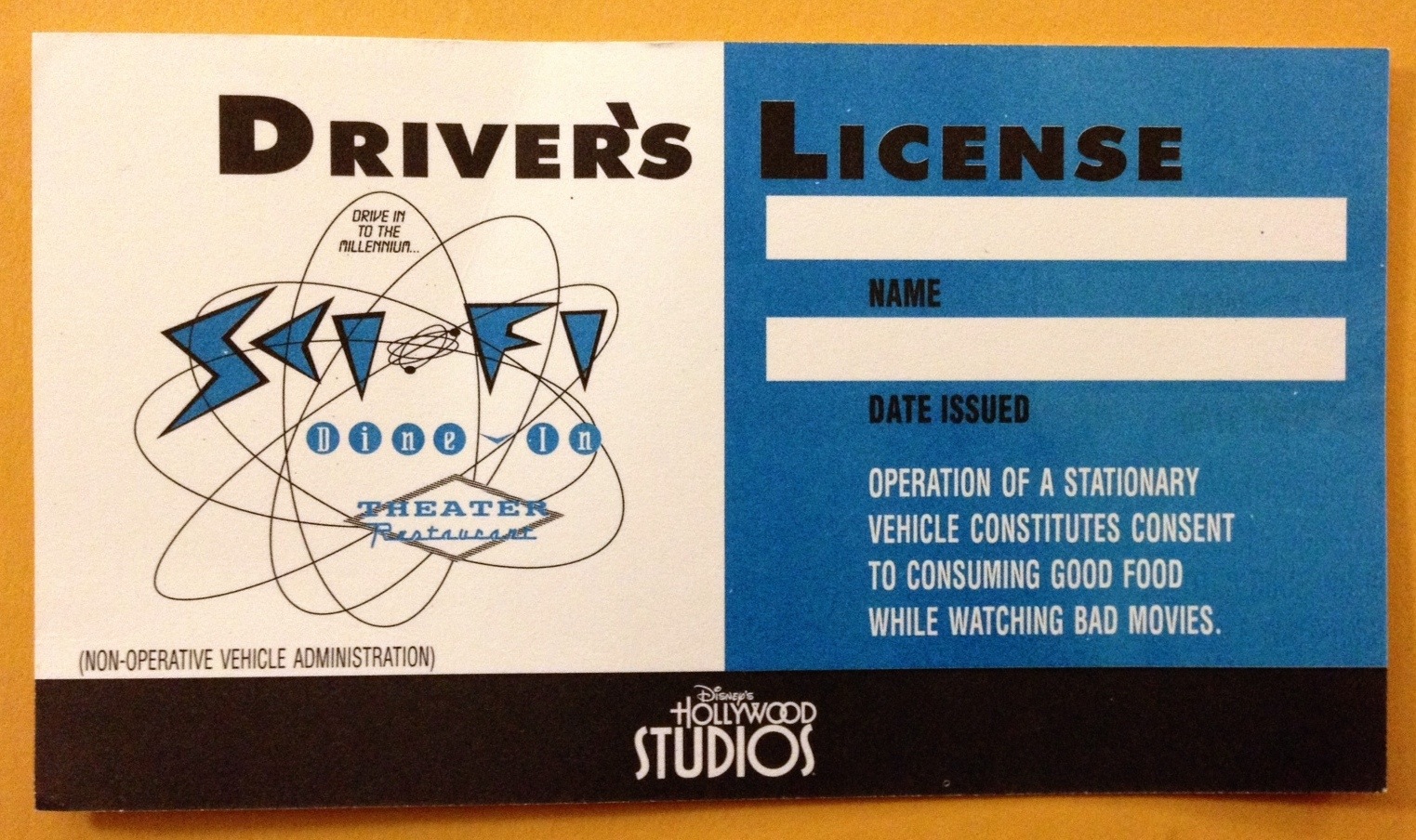 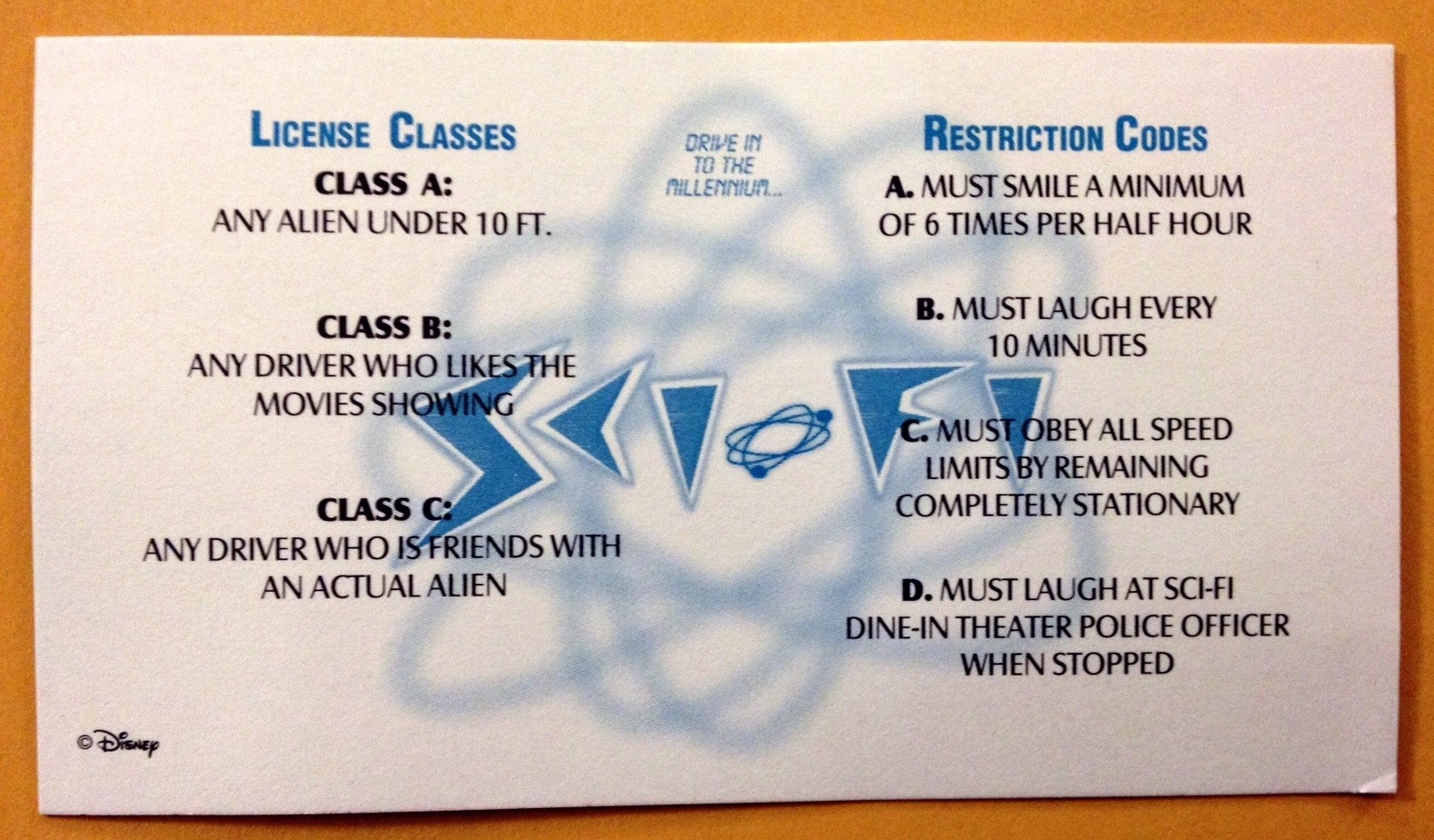 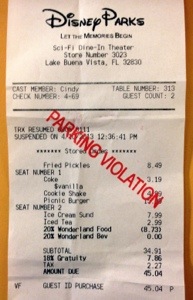 It probably seems odd that I haven’t mentioned the food yet, but honestly, it is the experience that is the big draw at this restaurant. Sci-Fi Dine-In has typical diner food – hamburgers, milk shakes, sandwiches, sundaes, and such, with a few unusual offerings. The Picnic Burger has both a hamburger and a hot dog on the same bun! I did try the Fried Pickles but much preferred the hot fudge sundae.

The Sc-Fi Dine-In Theater restaurant is now on my must-do list. It’s Disney theming at its best!