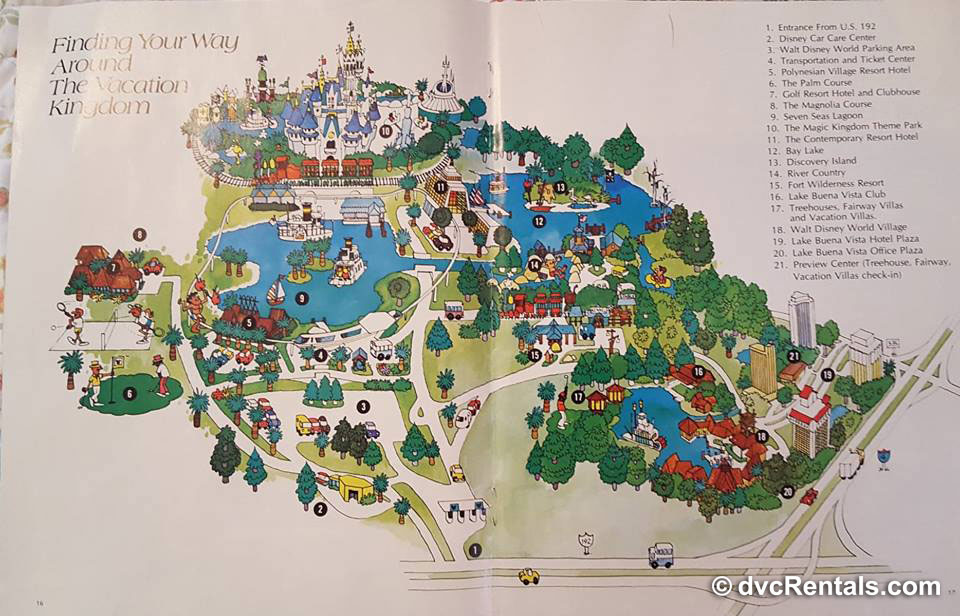 As you can imagine much has changed since then, yet many things remain the same all these years later.  For readers who are more recent Disney World fans, let’s take a look back at what you would see if you could go back in time.  For those of you who experienced Disney World in those early years, hopefully, this blog will bring back some fond memories.

First of all, there was no Epcot, Hollywood Studios (or MGM), Animal Kingdom, Typhoon Lagoon, Blizzard Beach, or either of the Miniature Golf Courses. The Magic Kingdom was the only major park until Epcot made its debut in 1982. There was no Disney Vacation Club and very few on property places to stay. Let’s see what there was in existence way back when!

You reached the Magic Kingdom in 1978 either via the Monorail or Ferry Boat. There was no need for buses as guest transportation, as there were few resorts and all could reach the Magic Kingdom using the boat or Monorail. The flowerbed with Mickey that you still see today at the entrance to the Magic Kingdom was present in 1978. It has undergone many changes in colors through the years, but the location and basic shape remain the same.  The train station was there. As you first entered Main Street USA you would a building called Hospitality House in which you could watch “The Walt Disney Story.” Walt appeared on the screen, telling us about his childhood and what led to his idea to build Walt Disney World. (Quick bit of trivia: Sadly although he was involved in the early planning, Walt passed away well before opening day. His brother Roy dedicated the park, and although Walt had planned to call it Disney World, Roy saw fit to have it named Walt Disney World). 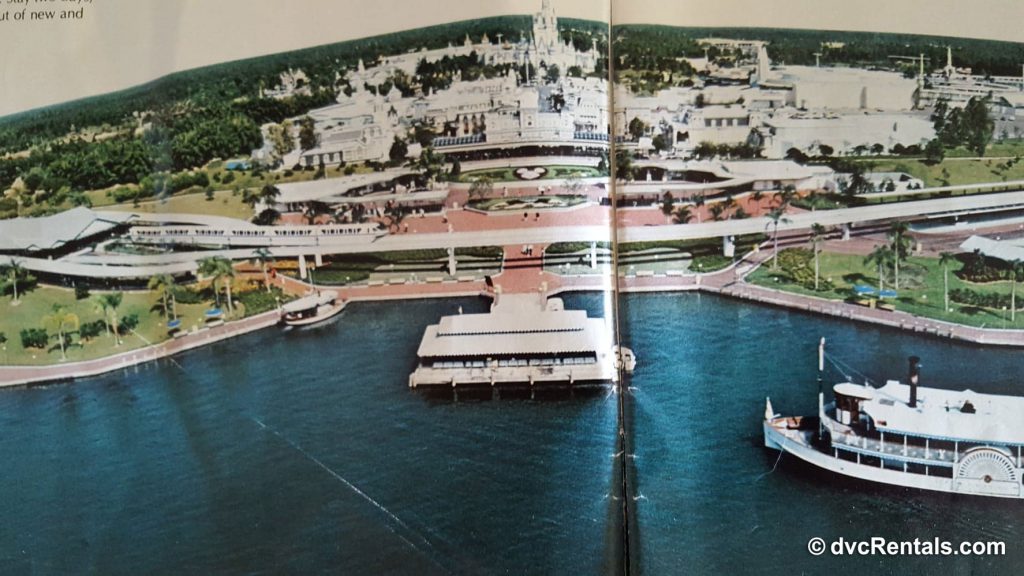 Continuing down Main Street USA, you would see some familiar shops, such as the Emporium, but you would also see some interesting shops/exhibits that are no longer in existence.  The “Main Street Cinema” had continuous showings of early Disney short animated films. “The House of Magic” not only sold magic tricks, there was usually a cast member inside doing magic tricks for visiting guests.  Also on Main Street was a Penny Arcade (removed to make room for an expansion of the Emporium), and, believe it or not, a tobacco shop.  The “Harmony Barbershop” was on Main Street for those in need of a trim.  If you walked to the end of the street, you could ride a Swan Boat around the moat in the Castle!

Speaking of rides, the cost and the way you paid was quite different in 1978.  You would buy a ticket booklet. Inside the booklet were coupons marked with letters, starting with A and ending with E.  To ride any particular ride you had to use one of the coupons with a letter that corresponded to that ride. “A” ticket rides were the least thrilling, and as you progressed through “B,” “C” and “D” the attractions got more exciting, with “E” tickets being the best.  Examples of “A” Ticket attractions were a Fire Engine ride up Main Street, and the Cinderella Golden Carousel. “B” ticket examples included (among others) Swiss Family Robinson Treehouse and Dumbo.  “C” tickets were needed to ride the Railroad, Peter Pan and most of the attractions available in Fantasyland at the time. A “D” ticket was required for Tom Sawyer Island, the People Mover, and a few attractions that no longer exist, such as the Skyway cable car ride. Among the much-coveted “E” ticket rides were Jungle Cruise, Pirates of the Caribbean and the Haunted Mansion. Surprisingly, as the two are no longer as popular now, both the Country Bear Jamboree and the Hall of Presidents were “E” ticket attractions.

A two day “16 Adventure” booklet included: 6 “E” attractions, 3 “D,” and 2 each of “C,” “B,” and “A.” The cost was $17 and this included admission to the park!  Entrance only fee was $7 for adults, and you could purchase “A” through “E” tickets individually at a ticket booth. Prices ranged from ten cents for an “A” ticket ride to a “whopping” 90 cents for an “E” ticket ride. Some attractions did not require a ticket, including the Walt Disney Story movie I mentioned above, as well as the Carousel of Progress. Other attractions that were free in 1978 no longer exist, including If You Had Wings, a dark ride that showed screens of various locations around the world.  This was replaced a number of times by different attractions before its current inhabitant of the building, Buzz Lightyear’s Space Ranger Spin, took over. By the way, the major lands had the same names in 1978 as they do now: Main Street, USA, Adventureland, Liberty Square, Frontierland, Fantasyland, and Tomorrowland.

Space prohibits me from going into details about each one, but attractions that were in the Magic Kingdom in 1978 that no longer exist at Walt Disney World are: Mike Fink Keel Boats; Snow White’s Scary Adventure; Mr. Toad’s Wild Ride (this one is missed by many and can still be found in Disneyland); Skyway (mentioned earlier), the Mickey Mouse Revue; Mission to Mars; 20,000 Leagues Under the Sea (another beloved fan favorite). There are many internet sites devoted to “Vintage Walt Disney World” if you’re interested in more details about the now-defunct attractions. 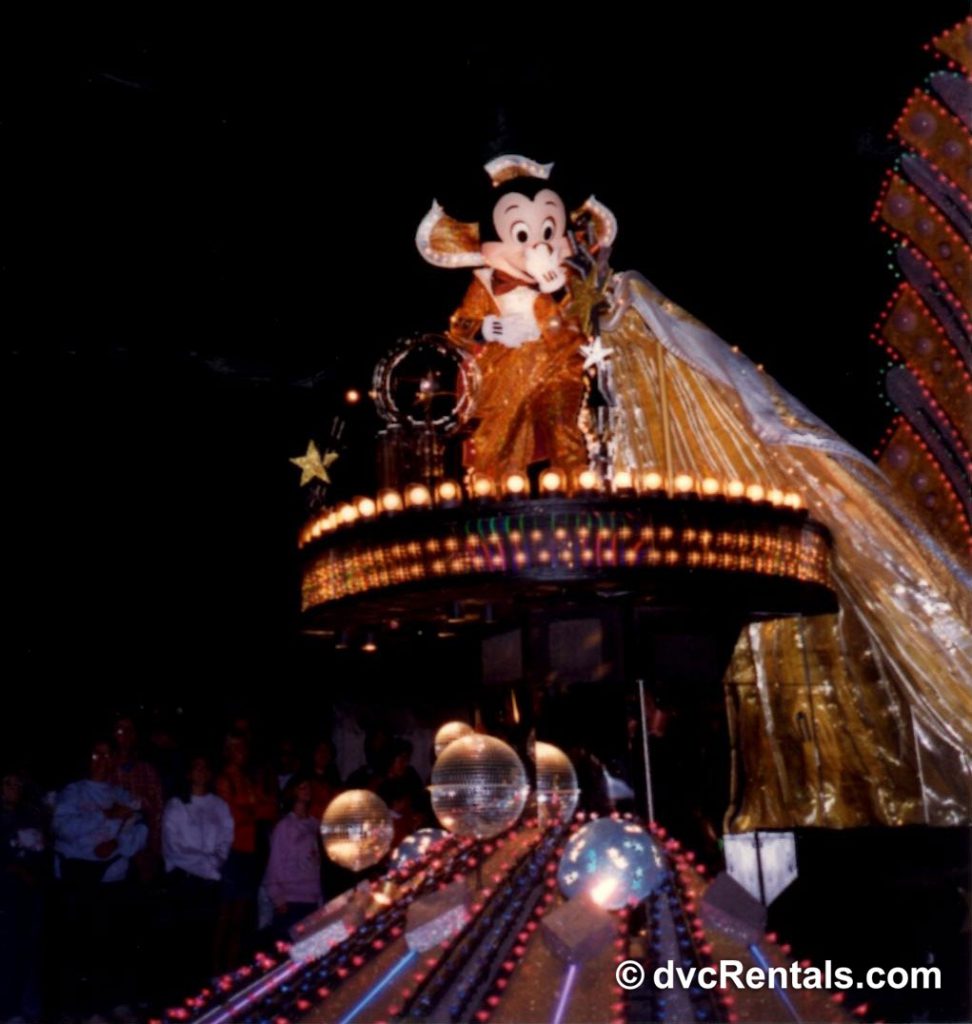 In addition to the attractions I wrote about earlier in this blog, the attractions that existed in 1978 that still can be found in the Magic Kingdom today are: Swiss Family Robinson Treehouse; Mad Tea Party; Grand Prix Raceway; Enchanted Tiki Room (called Tropical Serenade then); It’s a Small World; Space Mountain.

Interestingly enough choices of food have not changed much in the Magic Kingdom since 1978.  The table service restaurants were King Stefan’s Banquet Hall (now known as Cinderella’s Royal Table); The Plaza Restaurant and the Liberty Tree Tavern were all there in 1978.  So were The Columbia Harbor House; Crystal Palace (it was not a Pooh character meal back then); Lunching Pad; Pecos Bill Café; Pinocchio Village Haus; and the Tomorrowland Terrace. Cosmic Ray’s was known as the Plaza Pavilion in 1978.   The resorts on property also had restaurants, but unlike the ones in the Magic Kingdom, very few are the same today as in 1978.

Compared to the current plethora of resorts on Disney Property, back in 1978 very few options to stay on site existed.  The places you could stay back then are all still are in operation today, although they have undergone a number of changes in decor through the years, and two of them now have Disney Vacation Club rooms.  The Contemporary Resort, The Polynesian Village Hotel and the Gold Resort Hotel (now the Disney Resort for Military personal known as Shades of Green) and Fort Wilderness Campgrounds and the Treehouse Villas (same area but not the same design as the ones at Saratoga Springs Resort today), were your only choices in 1978. The cost to stay at the Polynesian, Contemporary and Gold resorts ranged from $55 to a “whopping” $75 a night (for the Contemporary Tower rooms). Camping at Fort Wilderness was $18 per night, and, for those who wanted “luxury” camping “Terry Trailers” slept 6 and included housewares and linens. The Treehouse Villas and the larger but similar accommodations called Fairway Villas were $65 for a one bedroom on up to $125 for a villa that slept 8.

What else was there to do besides visiting the Magic Kingdom in 1978?  Not as much as today, but there were still a lot of things to keep guests busy. 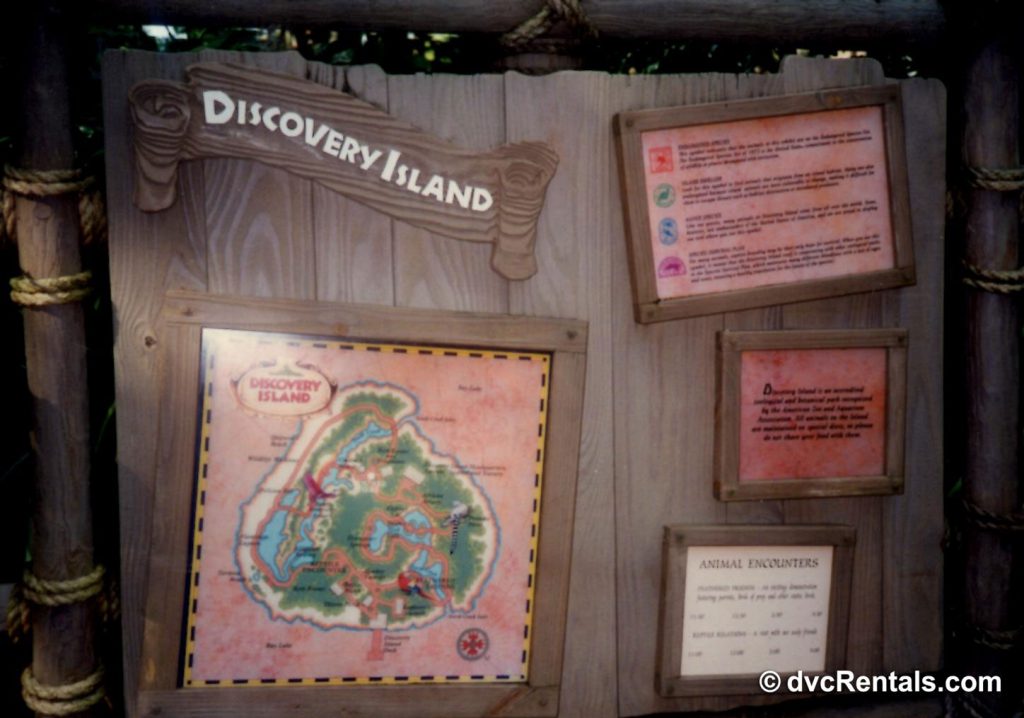 There was River Country, an “old-fashioned swimming hole” complete with water slides and tire swings ($4.75 for adults); Discovery Island, a Natural environment filled with real animals and Cast Members who made learning about nature fun ($5.75 for adults). Golf, boating, and tennis were available. There were 3 Dinner shows, two of which are still there today: The Hoop Dee Doo Musical Revue, and the Polynesian Luau.  The Electrical Water Pageant floated by nightly in the Seven Seas Lagoon, and you could see the Main Street Electrical Parade in the Magic Kingdom. However, the Electrical Parade was only shown to guests visiting in the summer months or during holiday periods. You could also visit the Disney Village to enjoy the music, restaurants, and shops. As you may have guessed the Disney Village, after going through a number of changes, eventually morphed into what we now know as Disney Springs 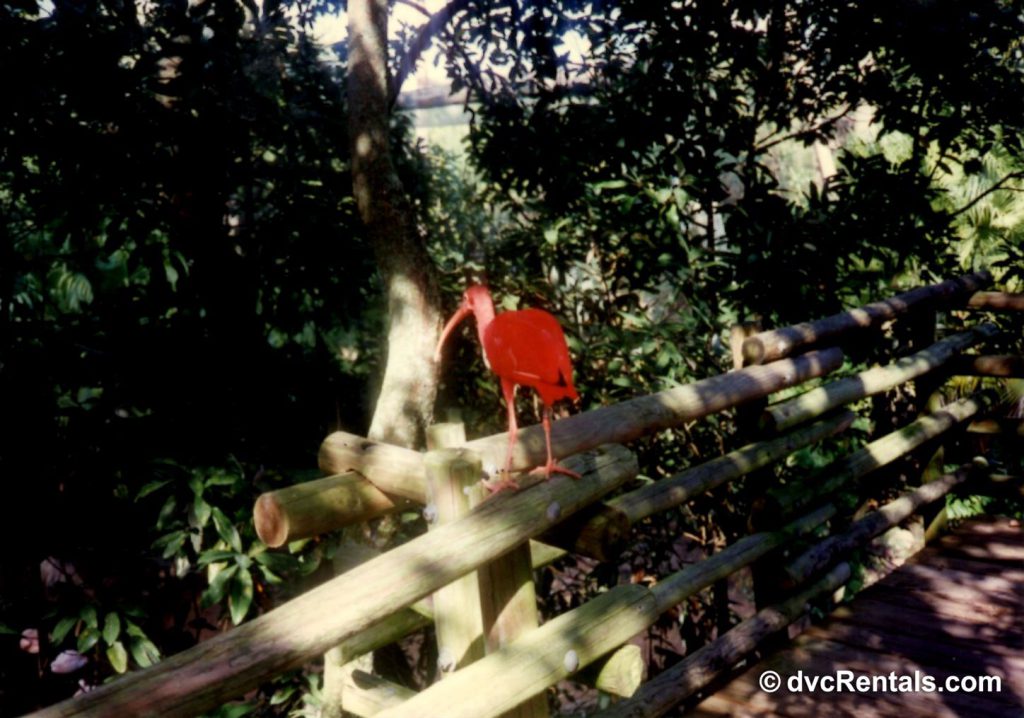 Unfortunately, most of the photos I have from that time have been lost.  I do have a few photos from back then to share, as well as two photos I got from a booklet I received from Disney at the time of my visit. I hope the lack of pictures does not disappoint.  Hopefully, you can tell from my writing that although a lot has changed, many, many of the things guests enjoyed in 1978 still exist today, along with SO much more!