If you read about new attractions slated to open at Walt Disney World, chances are you’ve heard about construction for Tron Lightcycle Power Run at the Magic Kingdom, and the Guardians of the Galaxy at Epcot. Both Tron and Guardians of the Galaxy are planned to be open for the 50th anniversary at Walt Disney World; yet, as of this writing the exact dates have not been announced. Let’s learn more about these two exciting attractions! 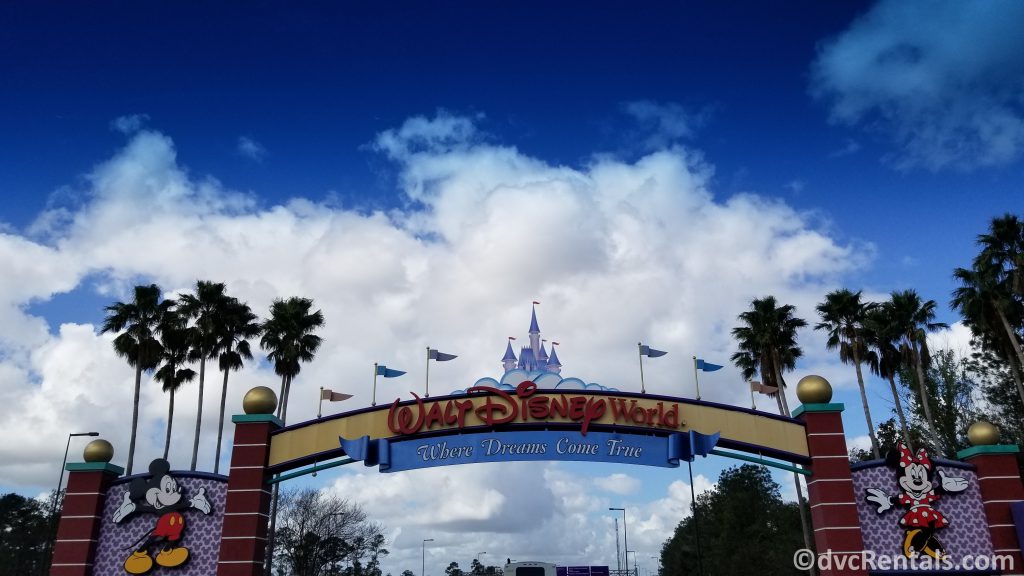 As there is a lot of information to share, let’s start with Tron. 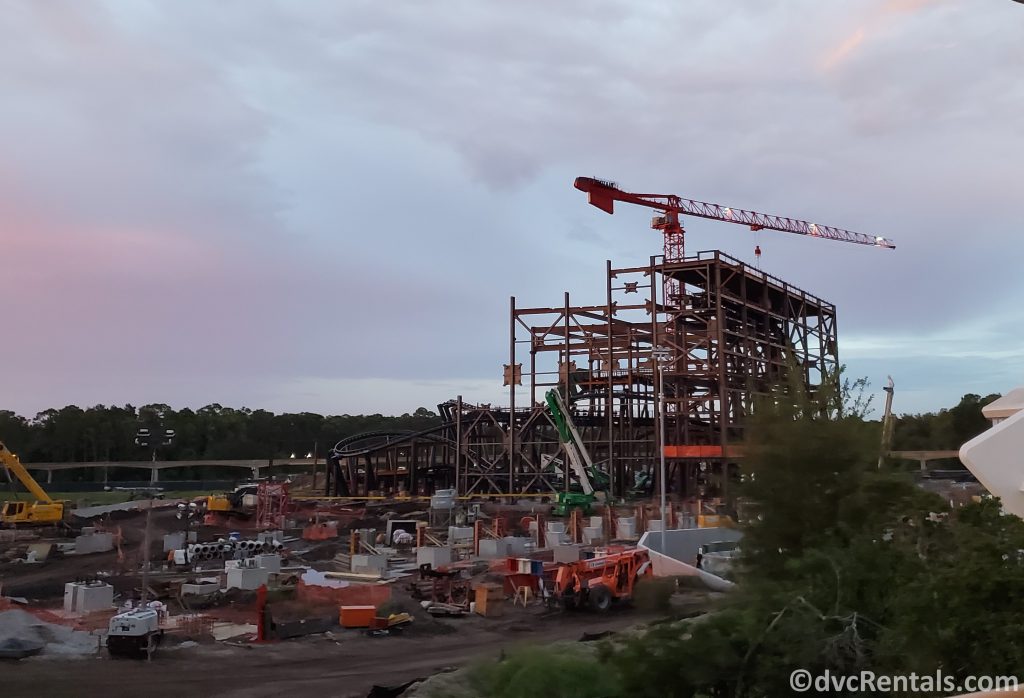 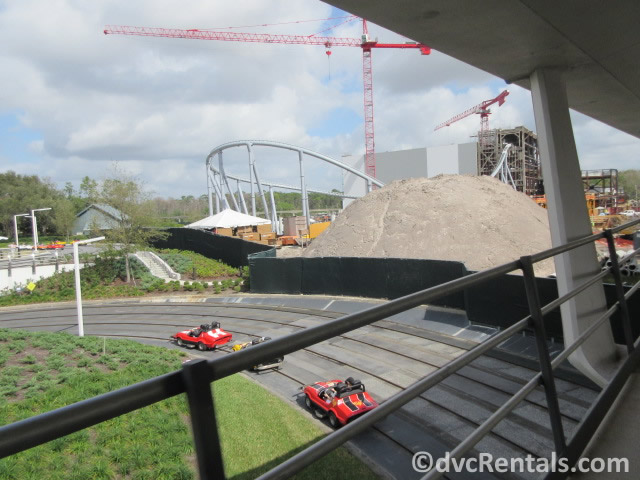 I think this land is a good “fit” for this new futuristic attraction. Tron is the fastest coaster in any of the Disney Parks, so you thrill-seekers should really enjoy it. 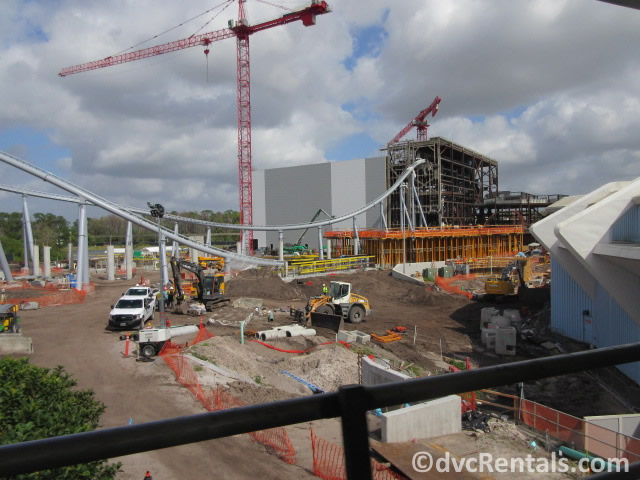 I can hear you saying, “Details, we need details!”, so here we go. I realize not everyone is familiar with the Tron franchise, so I am going to try to keep any “Tron specific” lingo out of my description. First, some statistics (with the assumption that it will be the same as in Shanghai, as it is an exact copy of the Tron ride there). You must be 48 inches tall to ride Tron, and the ride itself lasts for 2 minutes. Ride capacity is close to 1700 guests per hour. The attraction is 78 feet high and has a top speed of just under 60 MPH, with a track a little over 3100 feet long.

Tron is a futuristic roller coaster based on the Tron movies, comic books, and TV series. Guests will ride two-wheeled “Lightcycles” as they speed through a winding roller coaster track. The coaster goes both inside and outside as you race through a digital frontier. 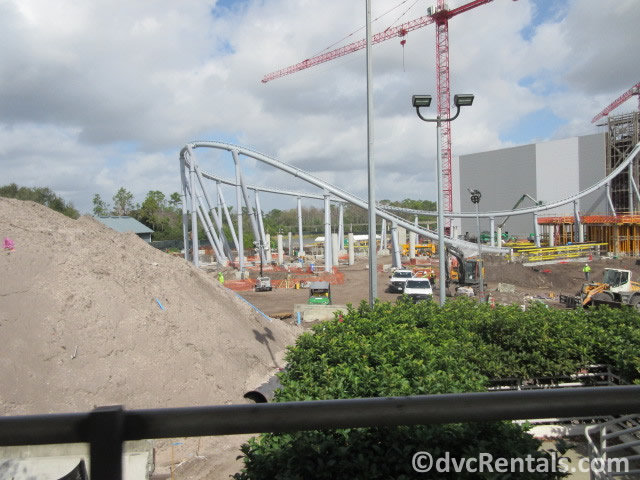 In addition to it being fast, the canopy and the multitude of lighting and sound effects riders will experience on Tron make this attraction unique. The layout of the track and the ride system is terrific, but it’s the Lightcycle bike vehicles that really make the Tron coaster special. If you have seen any Tron movies the bikes are copies of those seen in the film. The vehicle is reminiscent of a motorcycle, not unlike Flights of Passage in Animal Kingdom. However, the motorcycles are not ridden alone; they are connected to one another in a set of “trains,” similar to other roller coasters. There are laser lights with a variety of sequences to enjoy during your ride. Additionally, a state-of-the-art sound system is connected to the cycles, further enhancing the guest experience. By the way, the track has no loops; you will not go upside down.

As stated earlier, these cycles are REALLY fast. Thrill ride lovers will more than likely enjoy the experience enormously. Those who are not into speed should more than likely skip this attraction. As the attraction is still being built, and I have never been to Disneyland Shanghai, photos of the completed attraction are not yet available. The construction is visible in Tomorrowland, that’s the best we can do right now for photos. The ones published here were taken on February 13 of this year. If you would like to see pictures of the Tron attraction in Shanghai, photos can be found doing a quick search online. 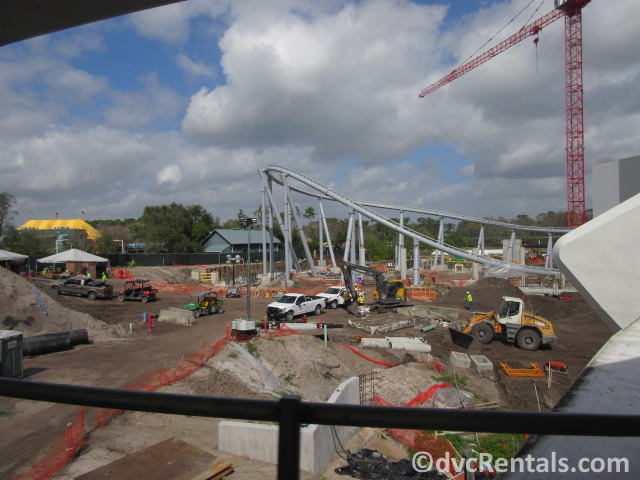 While I was able to find a lot of info on Tron, since it’s a carbon copy of Shanghai, writing about Guardians of the Galaxy is a little tougher. It is one of a kind, there is no other ride at any of the Disney Parks, and the majority of the construction being done is behind walls. There IS a Guardians of the Galaxy Attraction at Disneyland in California. It was originally the same as the Tower of Terror in Disney’s Hollywood Studios at Walt Disney World. Then it got a makeover in California, still with elevator drops, but themed differently.

The new Guardians of the Galaxy attraction at Epcot is completely different; it is an indoor roller coaster. 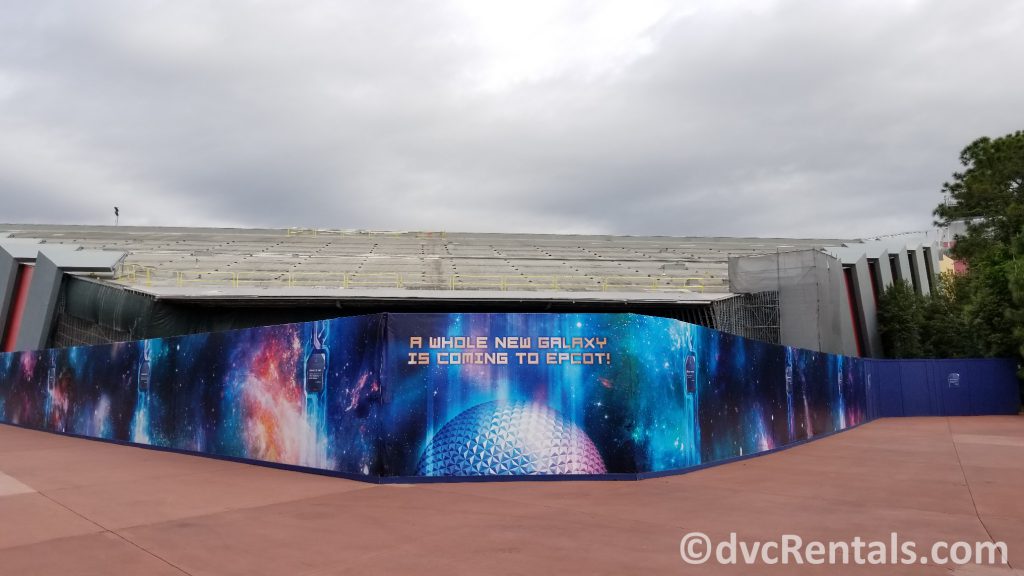 Here is what we know so far. The full name of the ride will be Guardians of the Galaxy: Cosmic Rewind, and it was inspired by the Marvel film series. This is the first attraction at Walt Disney World that is Marvel-themed. It will be located at the building formerly used for Ellen’s Energy Adventure (prior to that, the Universe of Energy). The queue for the new attraction will wind through that building. The actual attraction will be in a brand-new building next to the older one.

Guardians of the Galaxy will be one of the world’s longest enclosed coasters. Each ride vehicle will be programmed to direct your eye to the story happening around you, and guests will be totally immersed in the story as they ride. The story and thrills of a coaster will be combined to give you a one of a kind experience. 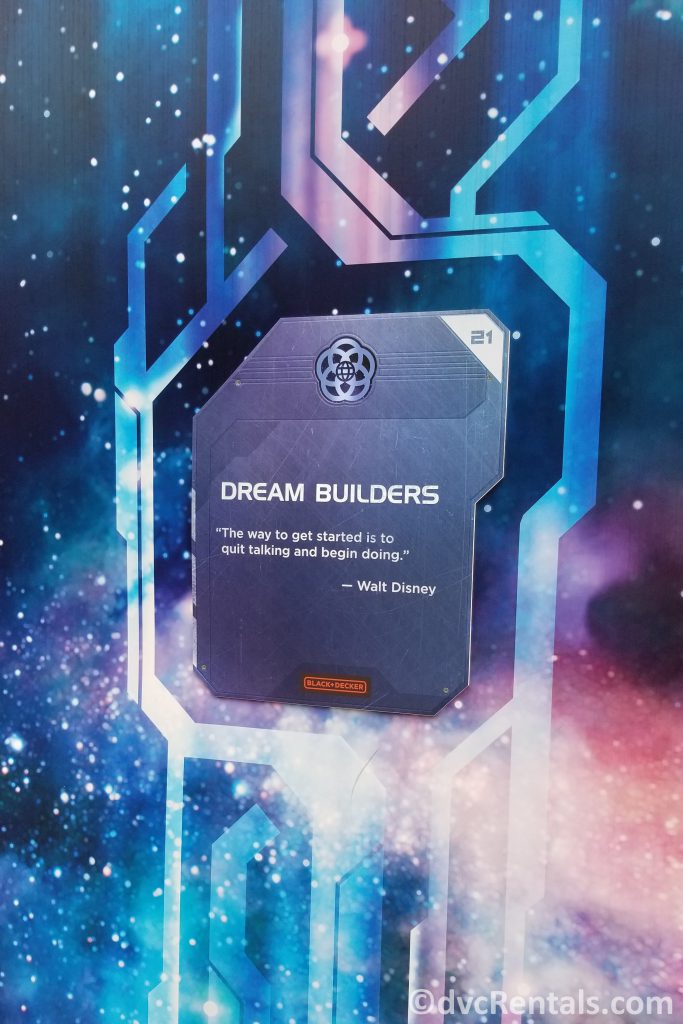 The ride vehicles themselves are very colorful and futuristic looking and will seat four guests, two in the front and two in the back. The vehicles are able to spin in different directions (they can completely spin around, 360 degrees) and will be launched backwards, which will make this the only backward launching spinning coaster in the world! The ability to spin in different directions allows Imagineers to point guests exactly where they need to be to get the most out of the attraction.

The few details released say that the ride starts in a building called the “Galaxarium,” which is shaped like a planetarium. In this area, guests will learn the connection between our galaxy on Earth and that of those on Xandar, a planet from the Guardians of the Galaxy movie.

Afterwards, it’s time to ride the coaster as you become immersed in the story that unfolds before you.

Again, the official opening dates have not yet been announced, but these attractions are planned to be ready for the Walt Disney World 50th Anniversary (October 1st 2021). Thrill-seeking guests have two great rides to look forward to, and both look like a ton of fun! 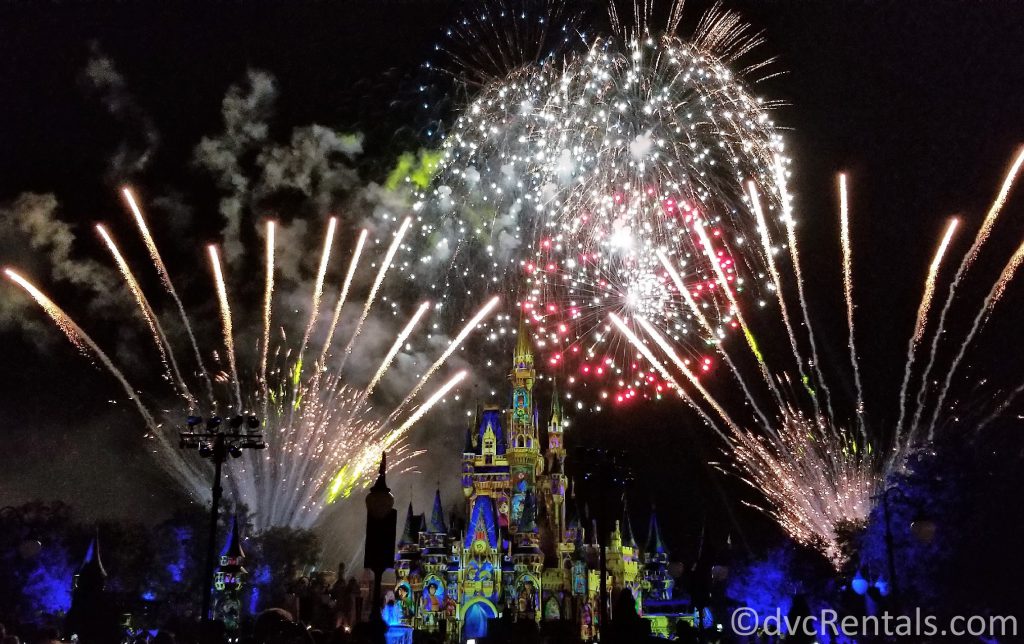