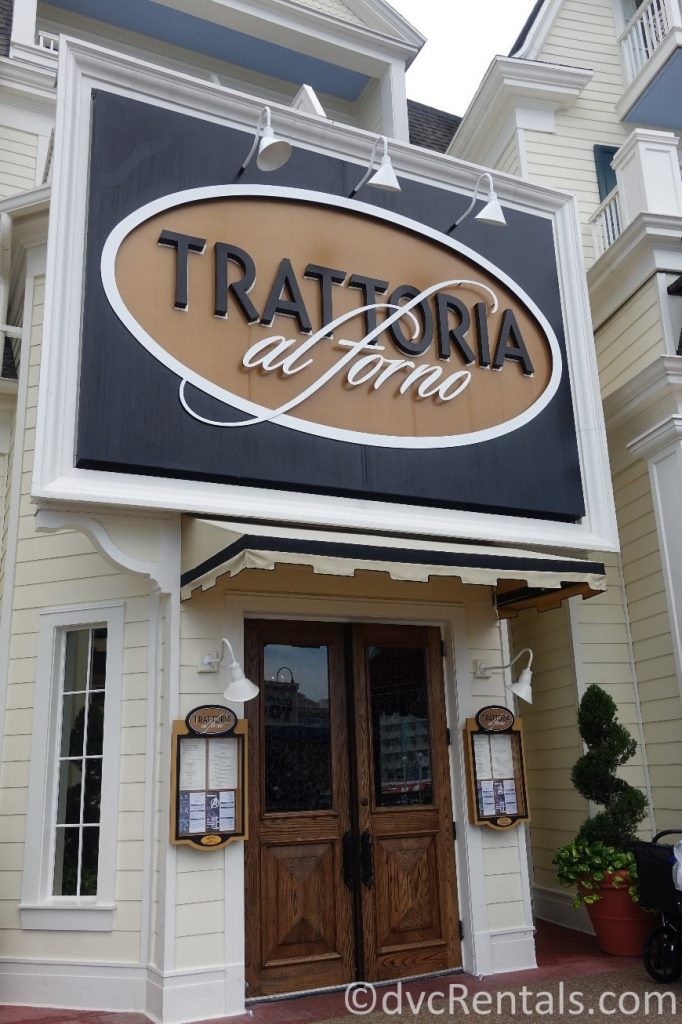 The Bon Voyage Breakfast, held at the Italian restaurant located on the Boardwalk, gives guests the opportunity to meet some of their favorite Disney characters while enjoying a delicious breakfast! 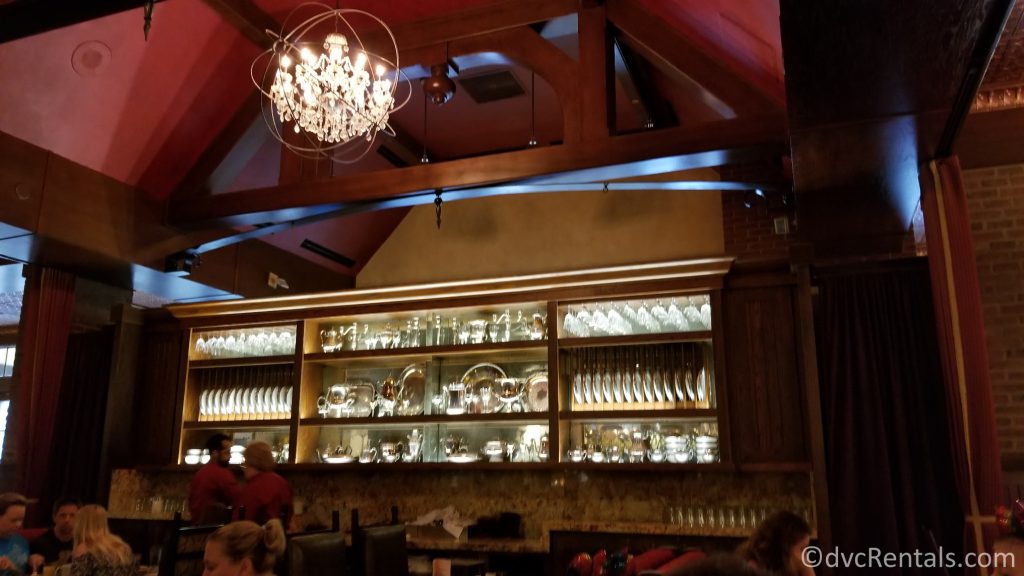 Trattoria al Forno has been serving guests delectable Italian food on the Boardwalk since late 2014. After the character breakfast addition to the restaurant was announced, the Bon Voyage Breakfast was highly anticipated. Along with Ariel and Rapunzel, guests would now be able to interact with two characters that are difficult to find in the parks, Prince Eric and Flynn Rider!

The Bon Voyage Breakfast menu features some classic favorites alongside some Italian-inspired dishes for guests to enjoy. The breakfast is a fixed price, one price for adults and one price for children, or one table service credit per person. This price includes a beverage, pastries for the table, and one entrée. If you are using the dining plan, anyone 21 and over can choose to opt for an alcoholic beverage instead, which is included with their dining plan credit. If you are not using the dining plan, you can pay extra for an alcoholic beverage or specialty drink.

As I mentioned above, the Bon Voyage Breakfast offers assorted pastries for the table. These included mini muffins, flaky pastries, chocolate croissants, and a cookie or two. The pastries are even served in a cast iron pan, as a cute homage to Rapunzel herself! 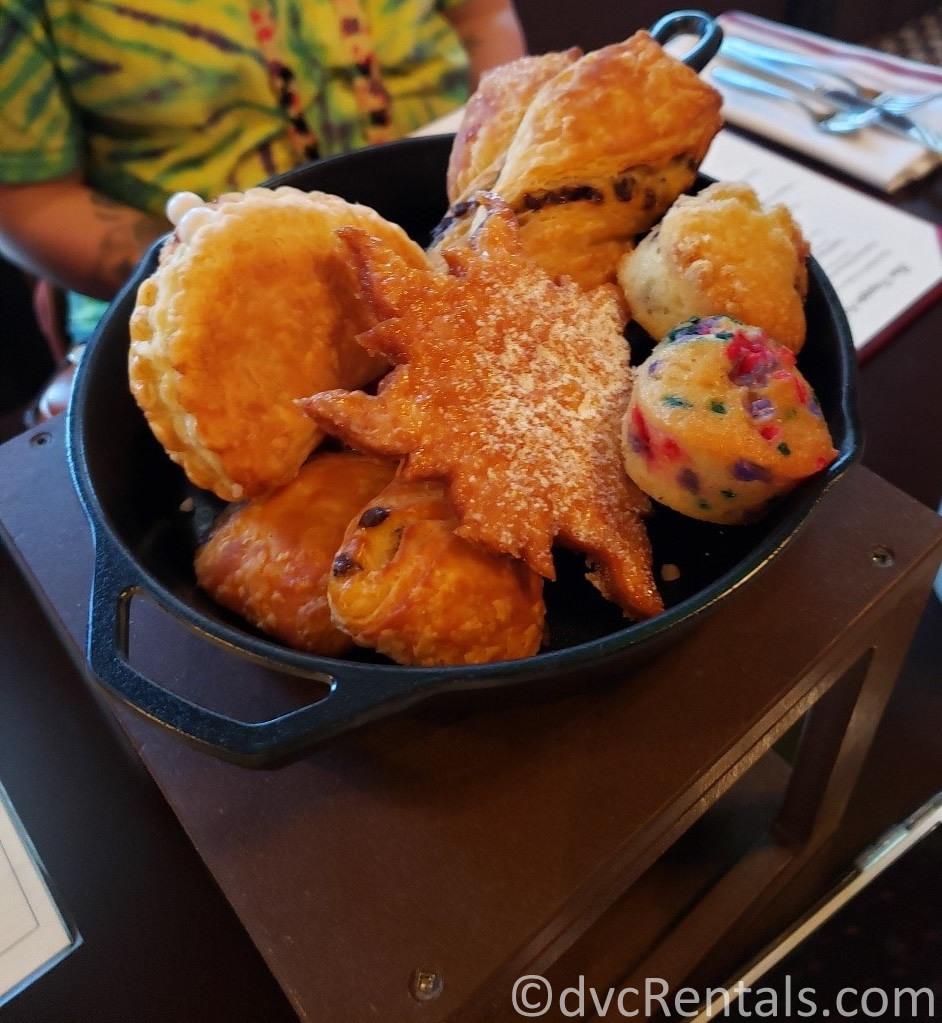 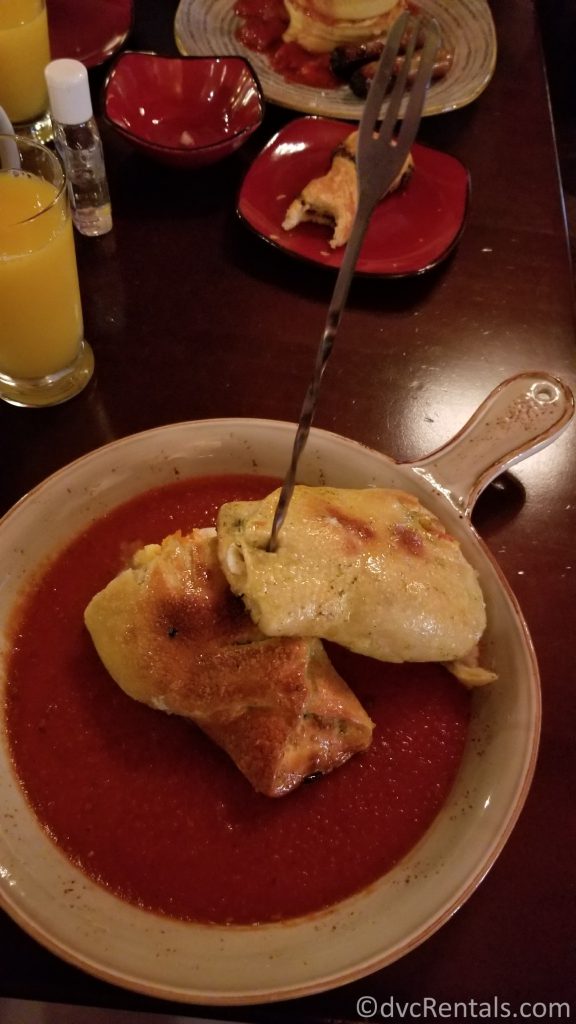 They also offer classic breakfast favorites. There is the Swimmers Delight, which is an egg white omelet with smoked salmon and veggies, accompanied with a side of breakfast potatoes. 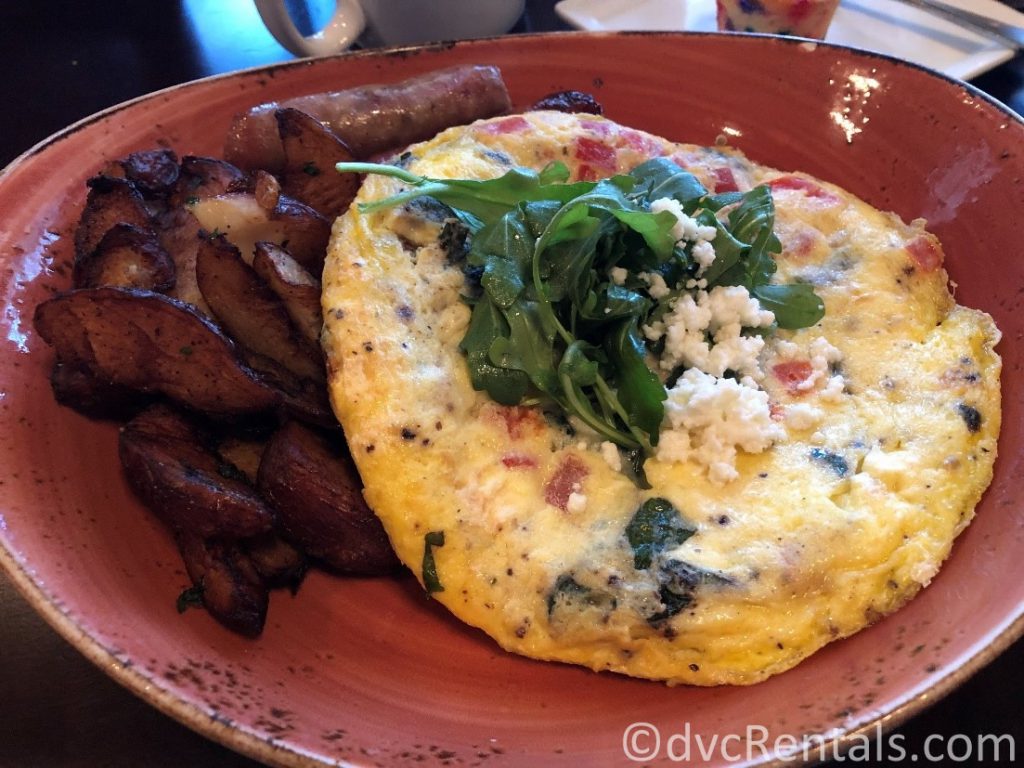 There is also Flynn’s Feast, which is two eggs with breakfast potatoes, along with bacon, ham, and sausage. 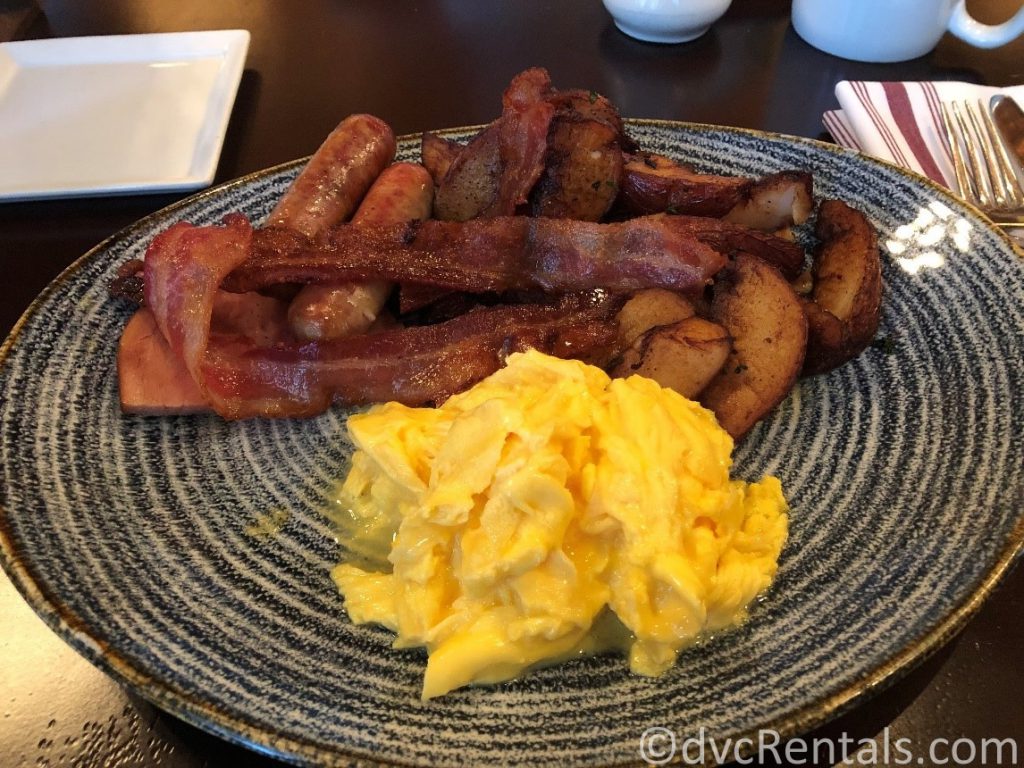 For a lighter option, they also offer Pascal’s Palette, which is a fruit and granola plate. 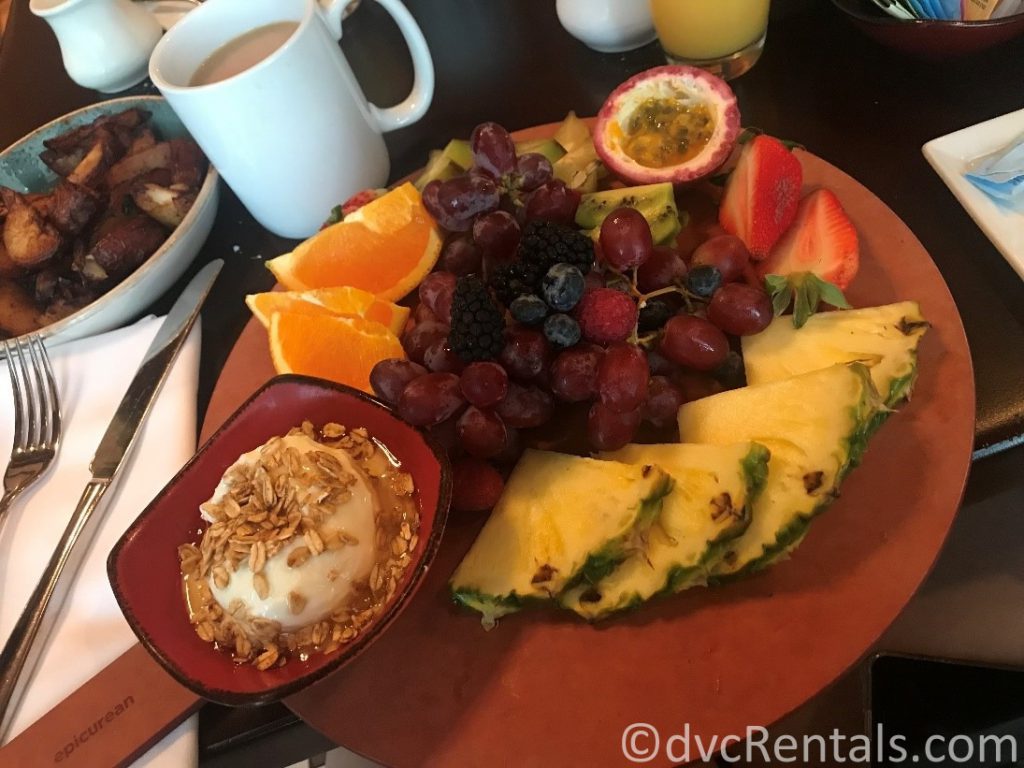 While dining there, I enjoyed Ursula’s Cauldron. Ursula’s Cauldron is breakfast potatoes covered in fennel sausage, a thick cheese sauce, and crispy fried onions. This was absolutely delicious. The potatoes were crunchy on the outside, and the crispy sausage added deliciously nutty flavor to the dish. The dish was unlike anything else I’ve ever tried in Walt Disney World, which is why I enjoyed it so much. 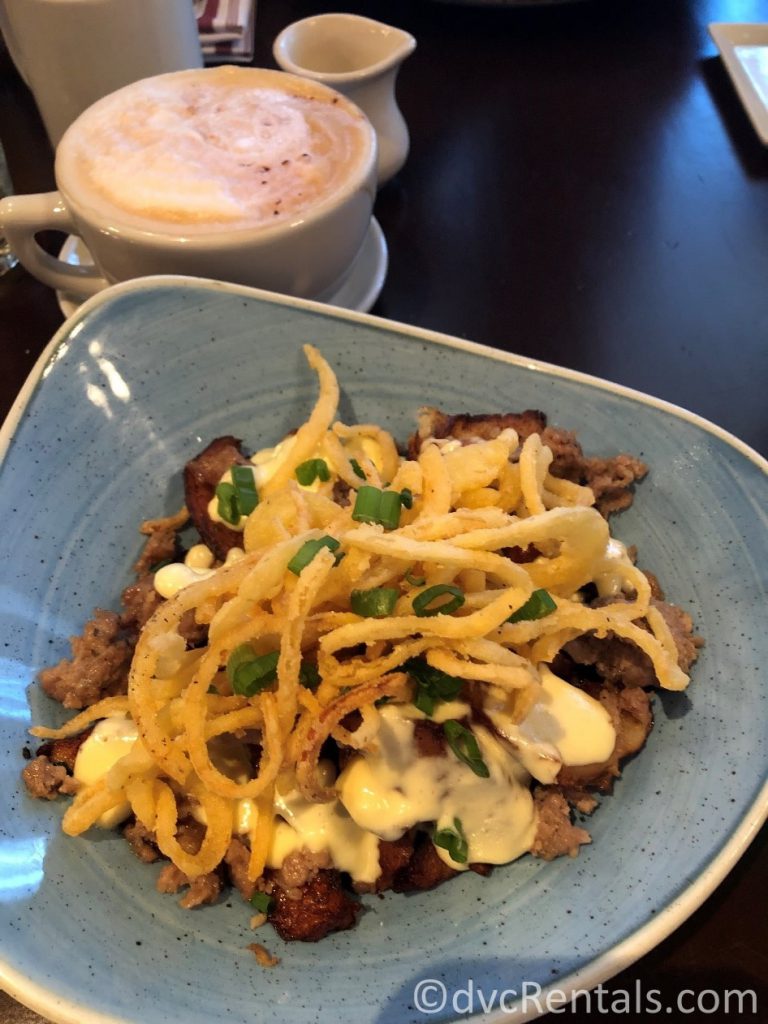 I tend to find breakfast in Walt Disney World can be similar from restaurant to restaurant, so the variety Trattoria al Forno offers really makes it a stand out experience for me.

As in the movie, Flynn Rider was charming and quick-witted. He wanted to know about the adventures we were going to partake in and was ready to smolder on demand. He left us laughing and was more than excited to take a picture with us. 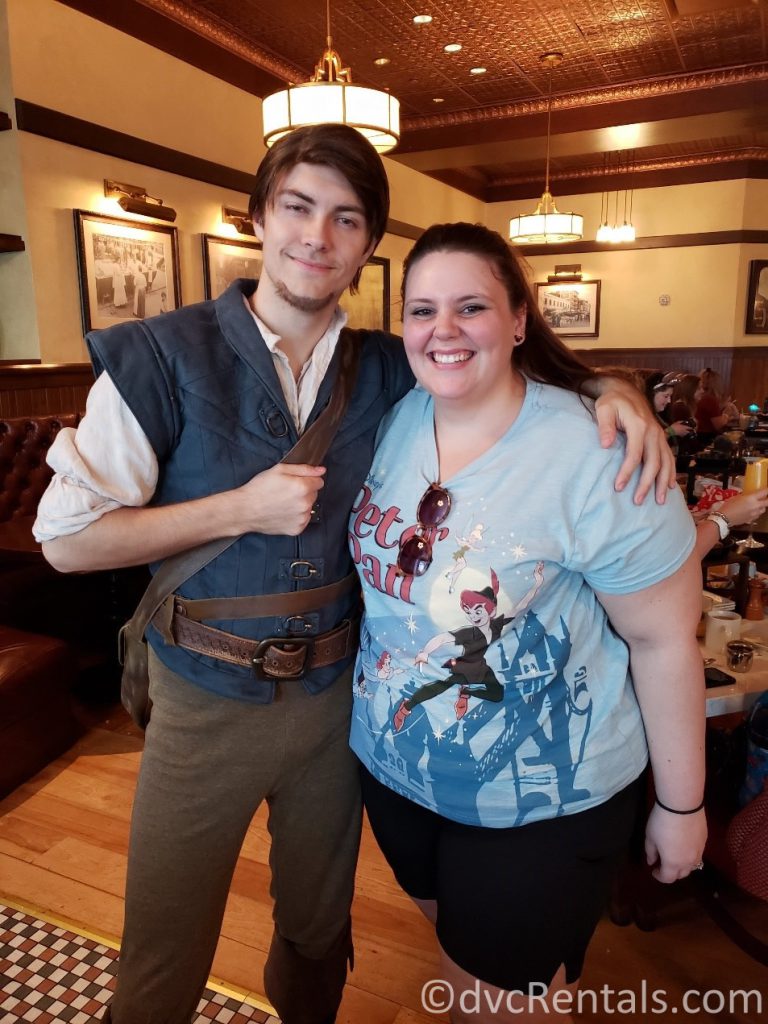 Next was Rapunzel. She was very energetic and excited, which was great to experience. She asked us about our dreams and if Flynn was behaving himself. Rapunzel did a great job of making our table of adults feel like little kids again. 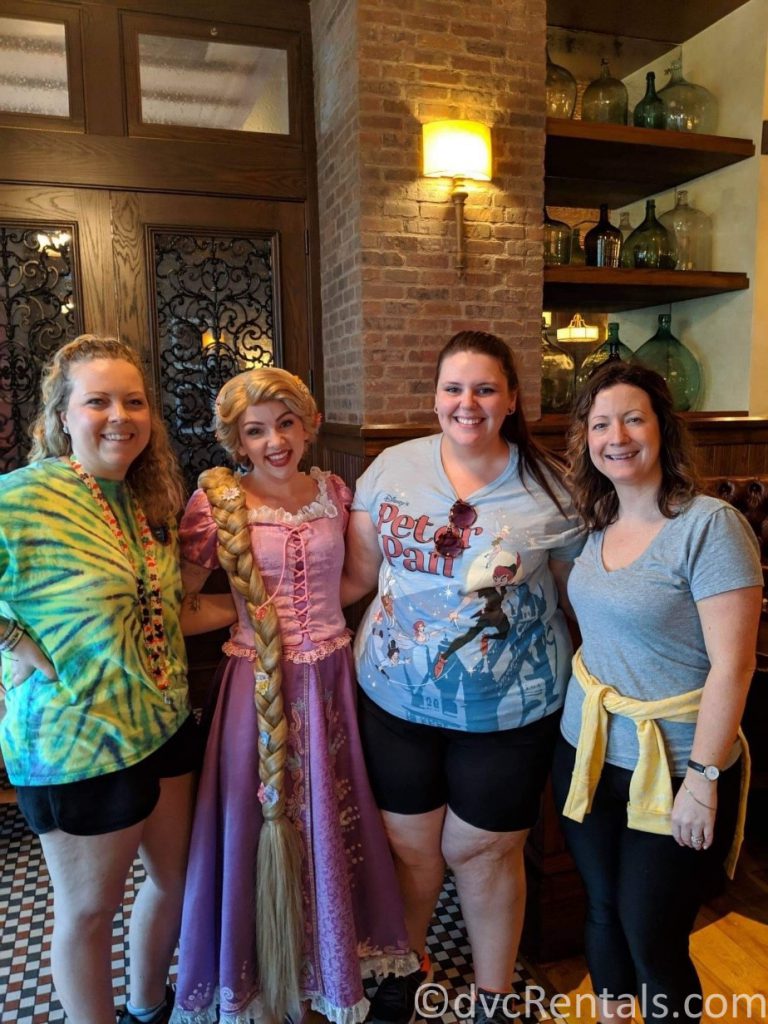 Prince Eric was really the character that surprised us the most. We asked him about Max, and he then asked us about our dogs. He talked about sailing and how much he loved Ariel. We were not expecting him to be talkative and expressive, but we really enjoyed it! 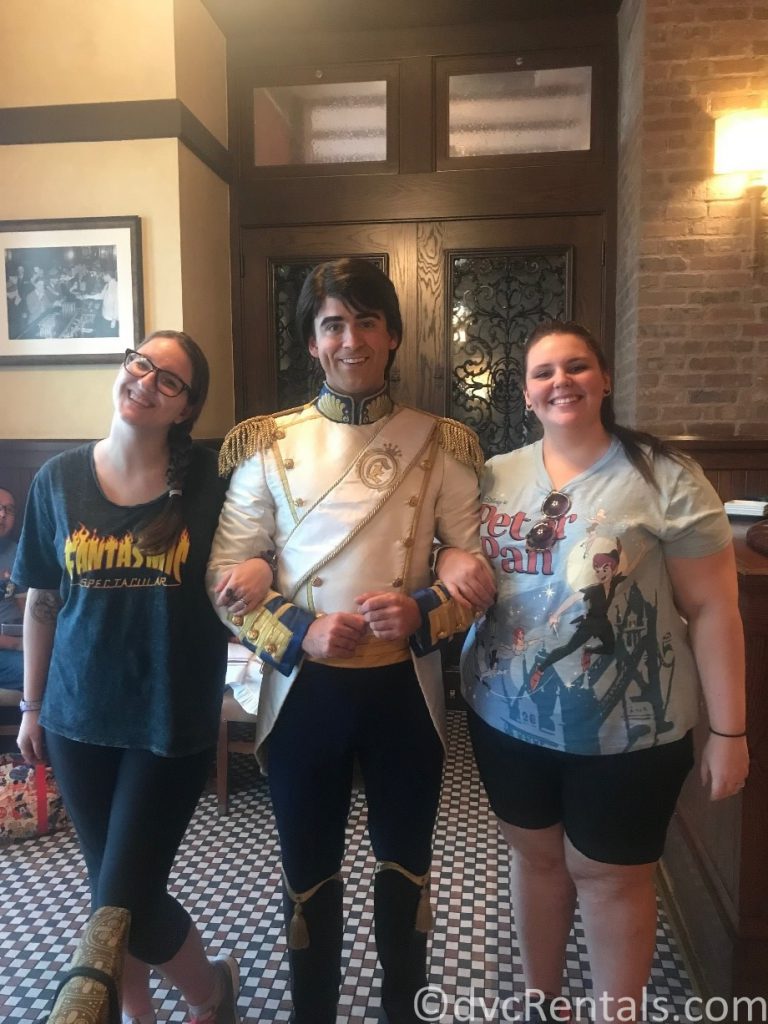 Our final visit was from Ariel. Ariel was the most reserved and proper of all the characters with whom we visited. She was shy and polite, asking us about Eric and how our visit with him had been. She was also our shortest visit, as after a minute or so of small talk, she asked for a picture before moving on. 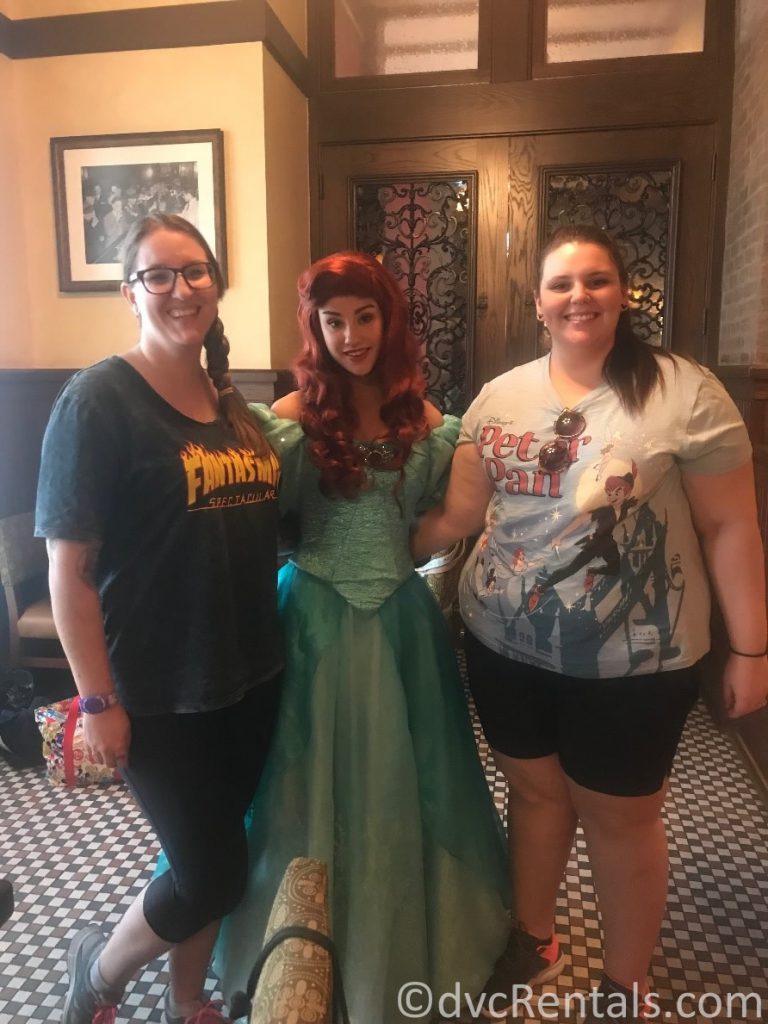 Based on the visit I had, I would certainly attend the Bon Voyage Breakfast again. The food was absolutely delicious, our server was kind, and the character interactions were great! As well, it is a great way to start your day if you are heading off to Epcot or Hollywood Studios for the day as it is on the Boardwalk and so close to these parks. I would recommend this breakfast to anybody looking for a character dining experience with amazing food. 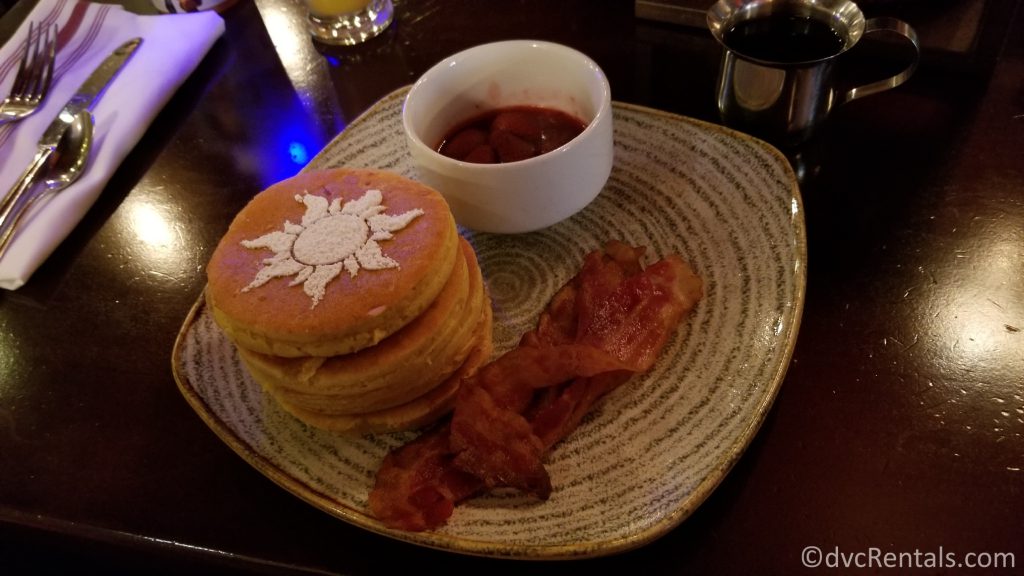