The Story Behind Illuminations: Reflections of Earth at Epcot

Rumors have been abounding for the past few years regarding the replacement of IllumiNations: Reflections of Earth in the World Showcase Lagoon at Walt Disney World’s Epcot park.  Lately, those rumors have gotten considerably louder, and if the rumors are true, a new show may be premiering very soon. 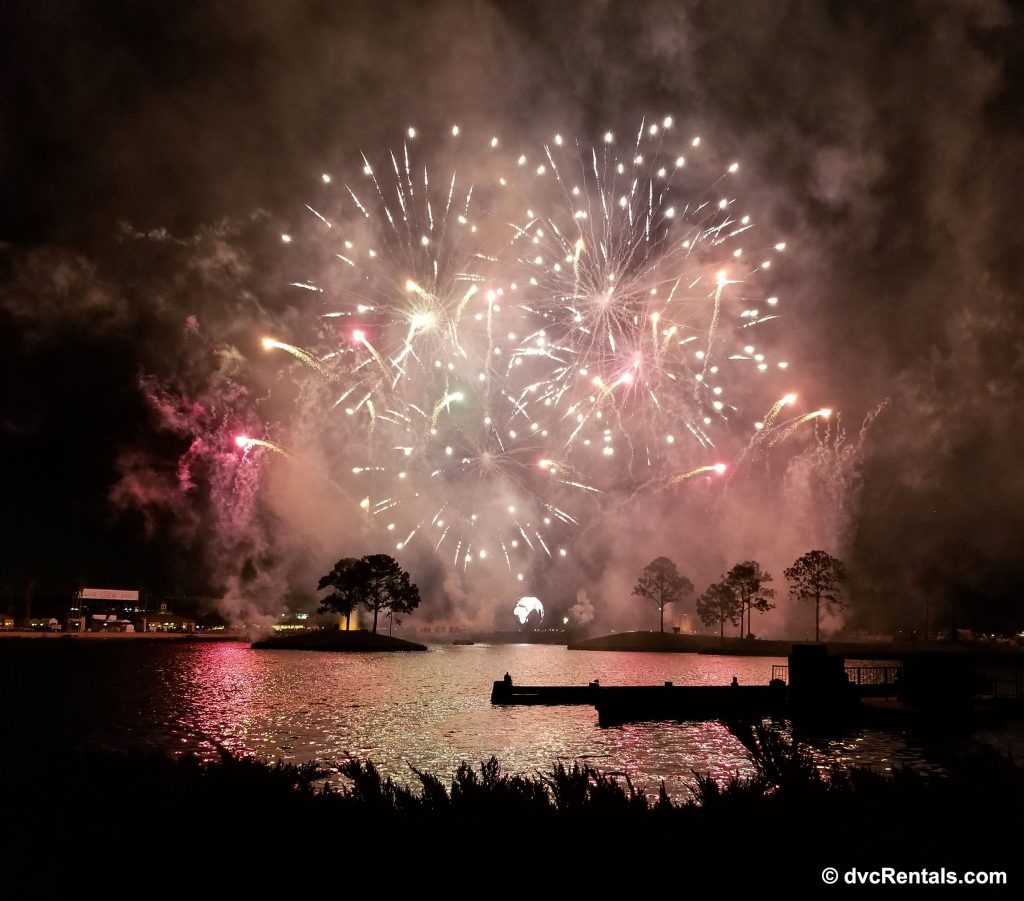 Of course, rumors are just that—rumors—so I am not going to get into what may or may not be replacing the current version of IllumiNations.  This blog will discuss the story behind the version that is currently showing nightly at Epcot. 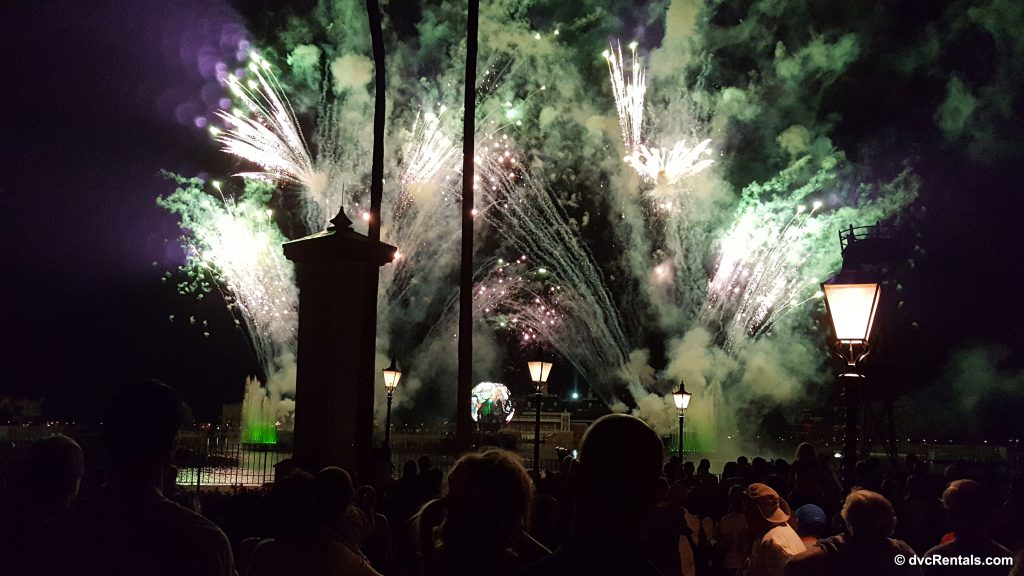 There were other laser light shows in the World Showcase Lagoon prior to IllumiNations: Reflections of Earth. Carnival de Lumiere premiered 3 weeks after Epcot opened in 1982.  The show was based on festivals throughout the planet Earth, using fountains, fireworks, and music.  Unlike the current show, this one was only visible in the World Showcase plaza between the Canadian and Mexican pavilions.  Less than a year later New World Fantasy premiered. This was a similar show to the first one, but it added synthesized classical music.

In June of 1984 New World Fantasy was replaced by Laserphonic Fantasy.  The musical selections were the same as the previous incarnation, but now instead of solely being synthesized, orchestral versions of some of the music were added.  Laser lights were another addition that made the show even more thrilling.

The first version of the show called IllumiNations made its debut in January of 1988. 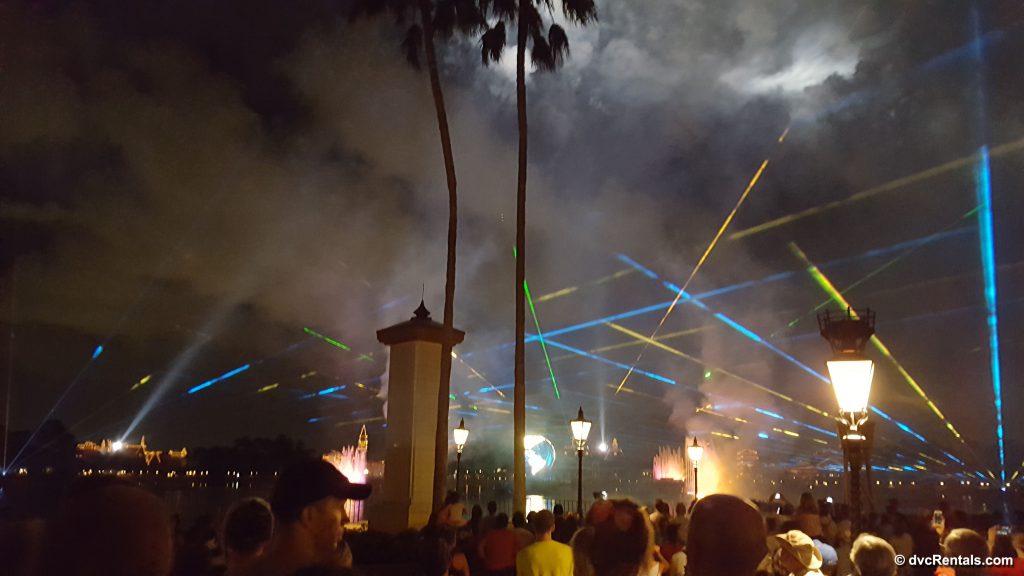 This version of IllumiNations used 13 special-effects projectors, 11 searchlights, 12 wire/mesh grids, 180 nozzles which created the fountains, 783 fireworks pieces, and 550 theatrical lights.  This very popular show played until 1996.  Starting with the holiday season of 1994, a special holiday version of the show was created for the winter holiday season only. It is called Holiday IllumiNations and showcases holidays from around the world. The song “Let There Be Peace on Earth” is played after the finale to the regular show. Fireworks abound.  The Earth barge (discussed in detail below) display shows the message “Peace on Earth, Good Will to Men” in multiple languages. The holiday show was still in effect as of 2017.

For the millennium celebration, the show again had a new version designed and an Earth Globe was added to the show. The new show was renamed IllumiNations 2000: Reflections of Earth, and this is still the version being shown nightly, although the “2000” was dropped from the name in 2001. The show is extremely popular, and each evening the World Showcase Lagoon is surrounded by guests viewing Illuminations: Reflections of Earth.

Just about everyone who has visited Walt Disney World has seen this wonderful show. But I wonder how many people know the story behind Illuminations: Reflections of Earth?  Of course, it’s beautiful, and the music is lovely, and it’s enjoyable to watch even if you don’t know the backstory. But I think you’ll gain a new appreciation for this long time classic when you learn the details behind the show. 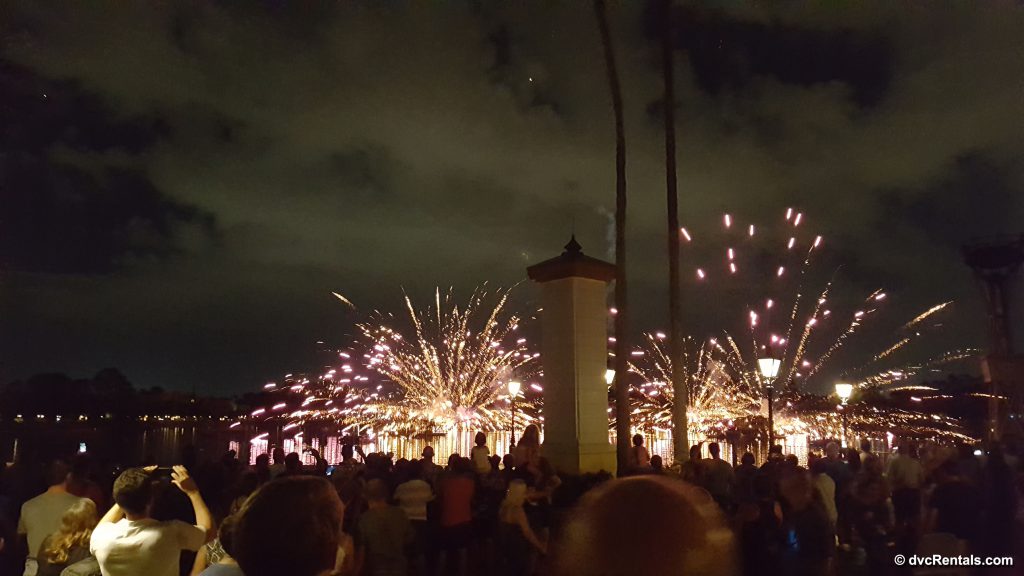 We begin with the park lights dimming, and bright torches illuminate the World Showcase Lagoon. 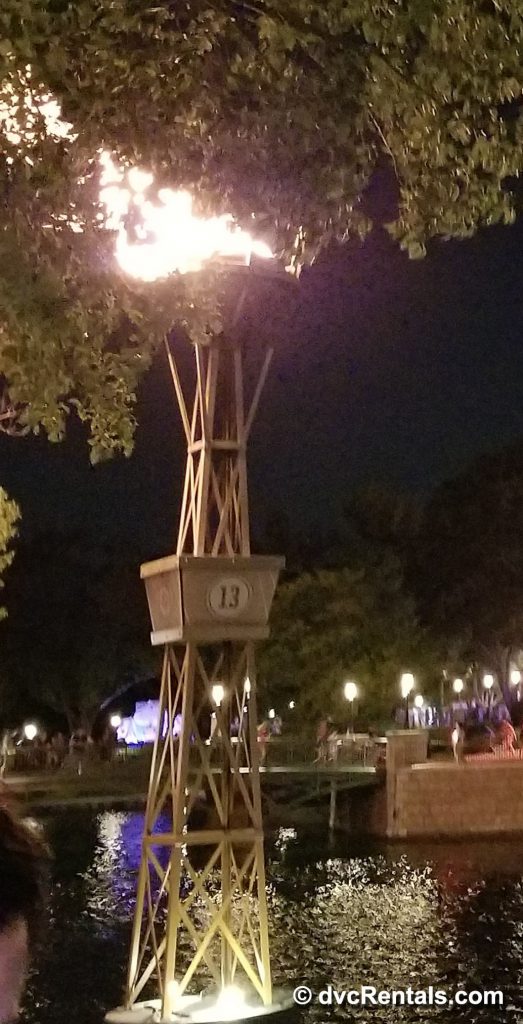 A narrator begins the story with the words “Good evening. On behalf of Walt Disney World, the place where dreams come true, we welcome all of you to Epcot and World Showcase. We’re gathered here tonight around the fire as people of all lands have gathered for thousands and thousands of years before us… to share the light… and to share a story. An amazing story as old as time itself, but still being written. And though each of us has our own individual stories to tell, a true adventure emerges when we bring them all together as one. We hope you enjoy our story tonight: Reflections of Earth”. Following the narration, the torches are snuffed out, and you hear the sound of a drum beating slowly, then faster and faster until the first fireworks shoot up over the lagoon, representing the creation of the Universe and our planet Earth.   Music begins, along with water fountains, lights, and lasers.

The performance is broken up to represent the Earth’s many stages of development. The fast, wild start to the show is called “Chaos”, and represents the big bang and the beginning of life on our planet.  It’s loud, bright and very dramatic.  Then the sound slows down to a much calmer beat, almost silence; this part is called “Order”. Now the Earth is beginning to show life as it cools and becomes habitable. We see a large globe of the earth appear, and it slowly moves toward the center of the lagoon, as water spouts up high from barges already in the lagoon. 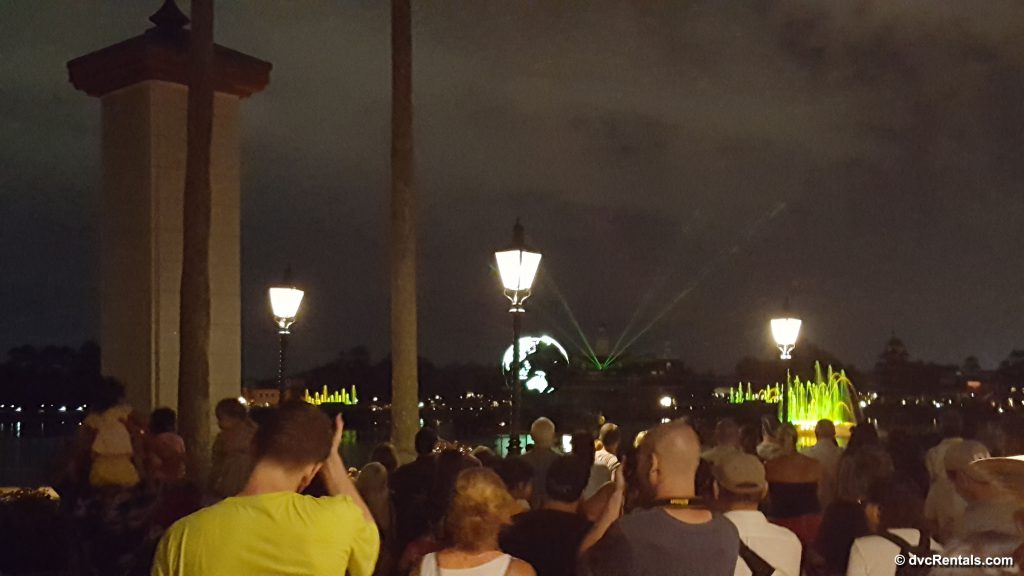 The globe has many LCD lights on it, and as they are lit we can see people and landmarks from countries all over the world. 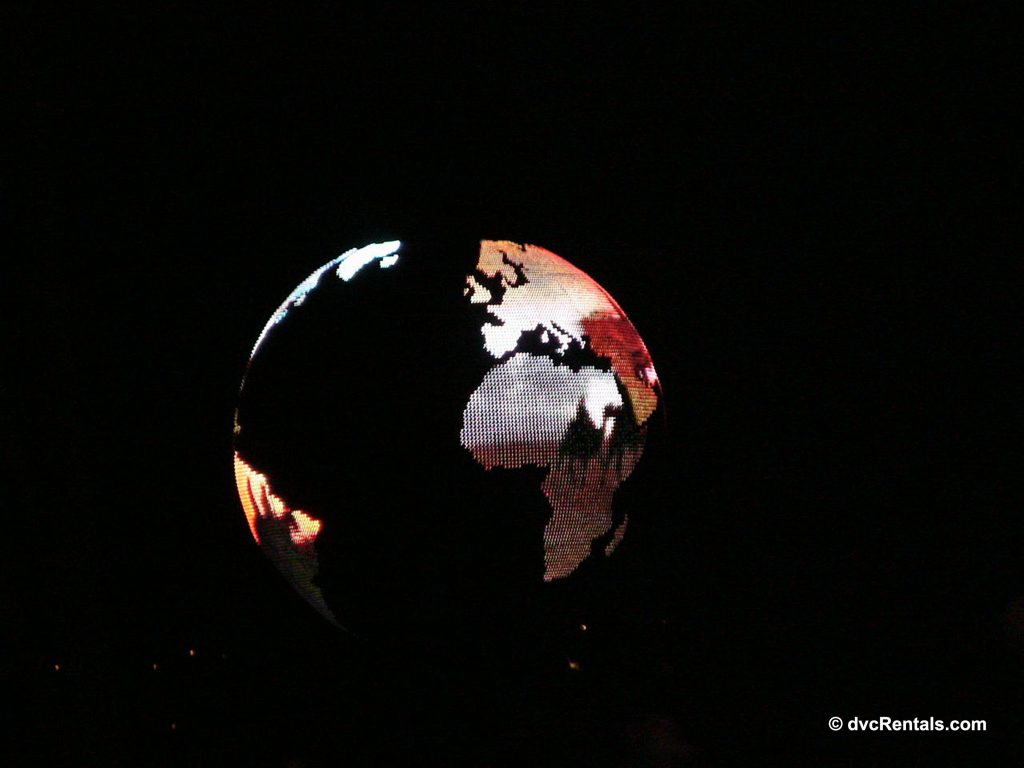 Soon the buildings all around World Showcase also light up (with the exception of Morocco, as the buildings there are symbols of religious significance), and lasers of various colors shoot across the lagoon, and the pace quickens once again. While we watch the globe change from scene to scene fireworks abound, many that fly up very high into the sky.

Suddenly all is very quiet again and the 3rd and last part of the show, “Meaning” begins. The video screens on the Earth Globe show people from countries all over the world coming together. The torches that had been snuffed out when the show began once more are turned on.  Now visible on the globe are athletes carrying a torch, which fades into images of other torches and shining candles. This represents a unity of people on Earth and how all humans are connected to one another. 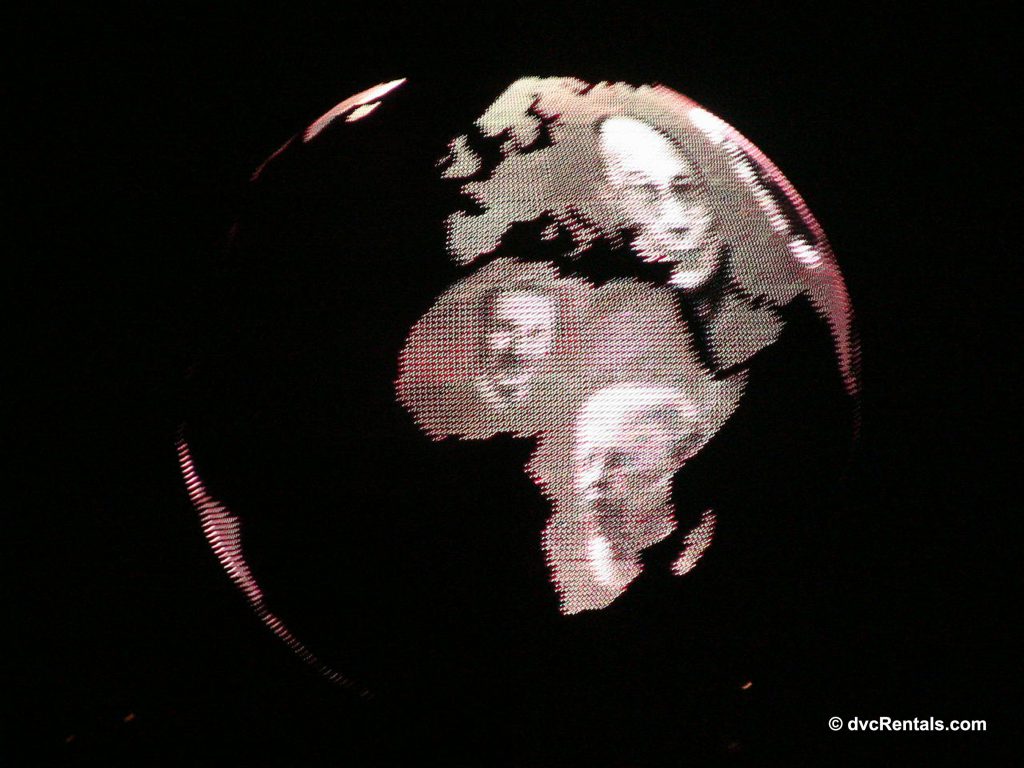 As we watch the globe, we hear the beautiful song “We Go On”. The main point of the song is that we humans may suffer great loss and feel great joy, but we go on through it all, through “the heartache and the tears” to “discover new frontiers”. The last line of the song is “With each rising sun, To a new day We Go On”.   The music and words never fail to touch my heart. Finally, the Earth Globe opens up, and we see a torch inside which emanates fireworks.  Then our eyes are treated to a simultaneous launch of 1,000 white fireworks, completely illuminating the lagoon. 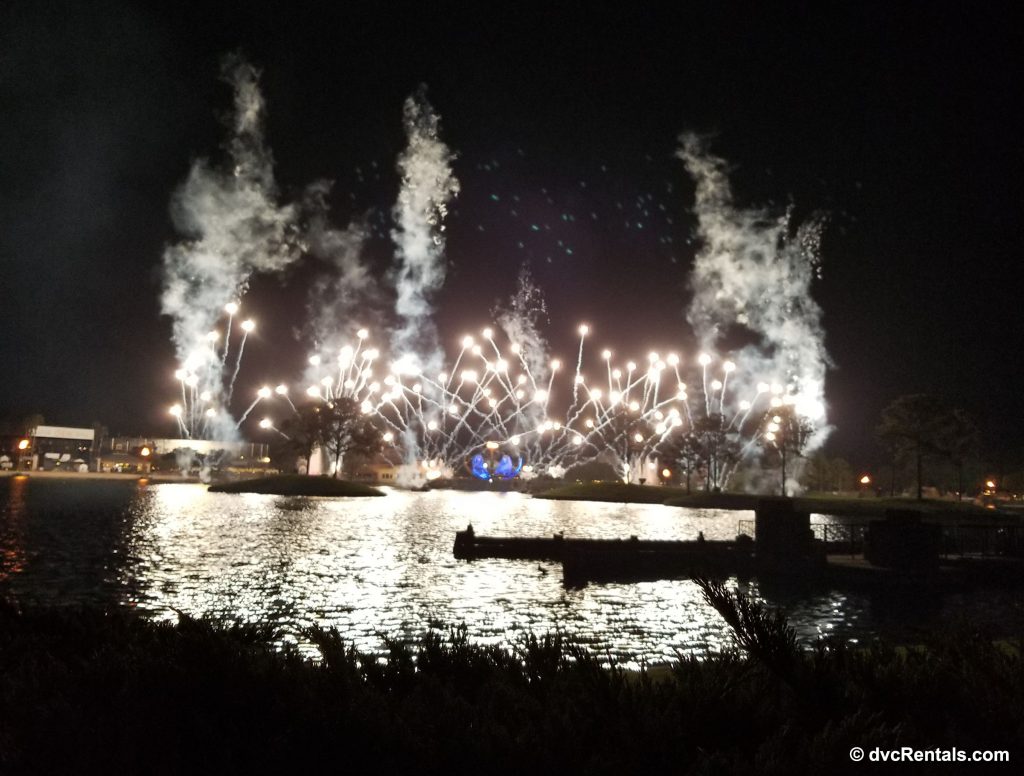 This light reveals all the “real” people from all over the world watching IllumiNations, and brings us ALL into the story. We are all one.  The show concludes with a final launch of colorful fireworks high into the air, ending with a set of bright white flashes that end with a huge bang.  As you exit the park, you hear another beautiful song called “The Promise”, similar in theme to “We Go On”, playing, and you can see lit up designs reflected onto Spaceship Earth. 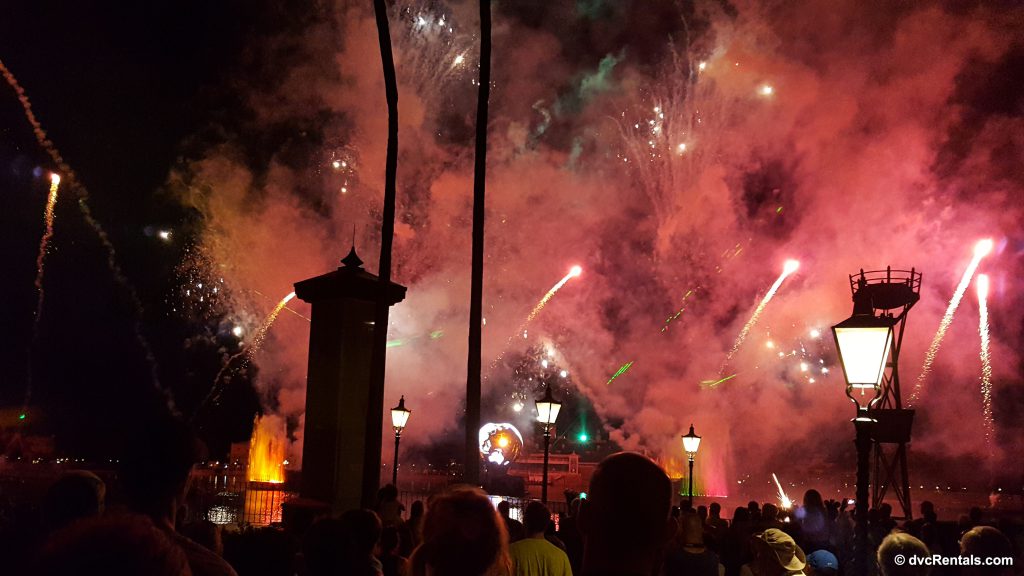 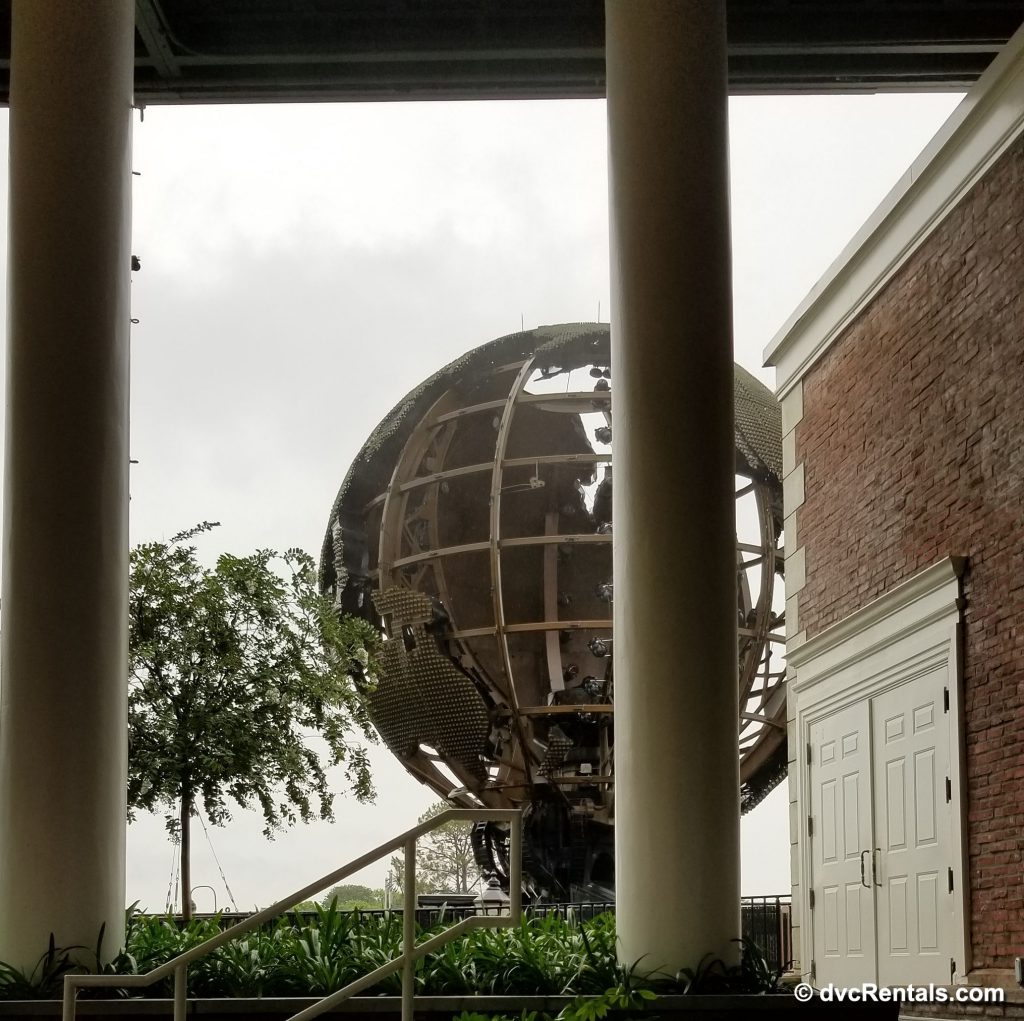 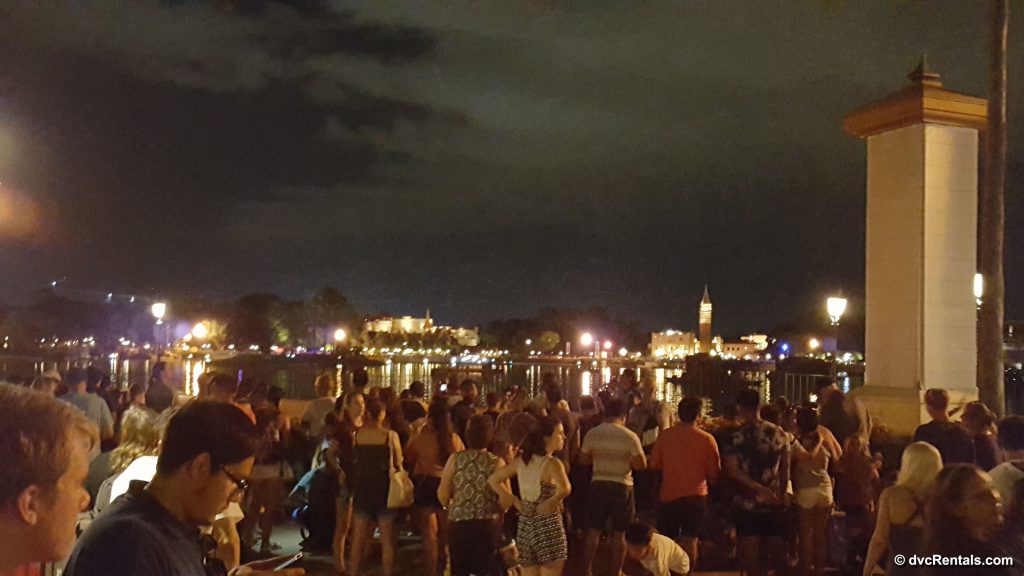 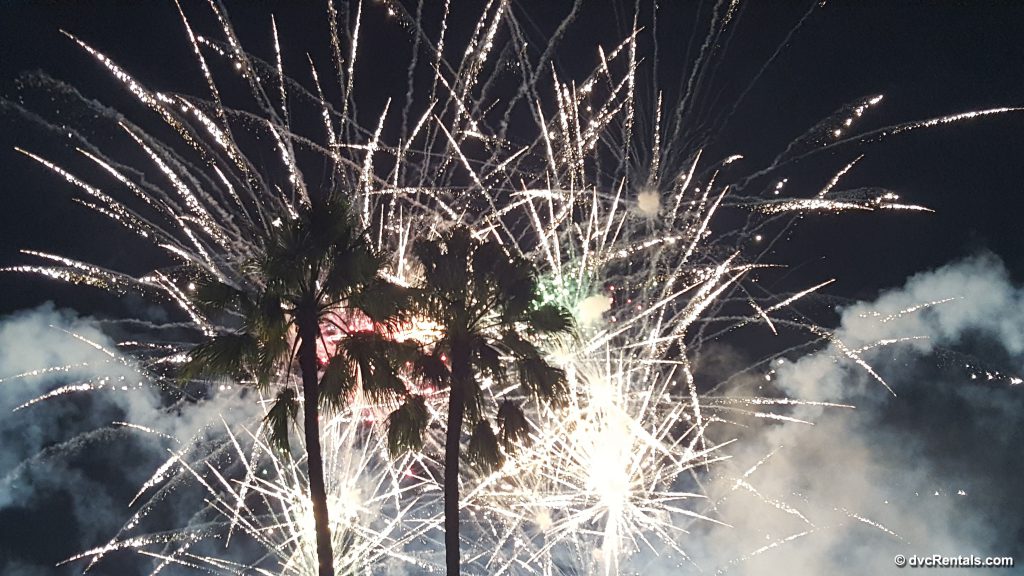