On September 29 of this year, if all goes according to schedule, the new gondola transportation system called Skyliner will make its debut at Walt Disney World. 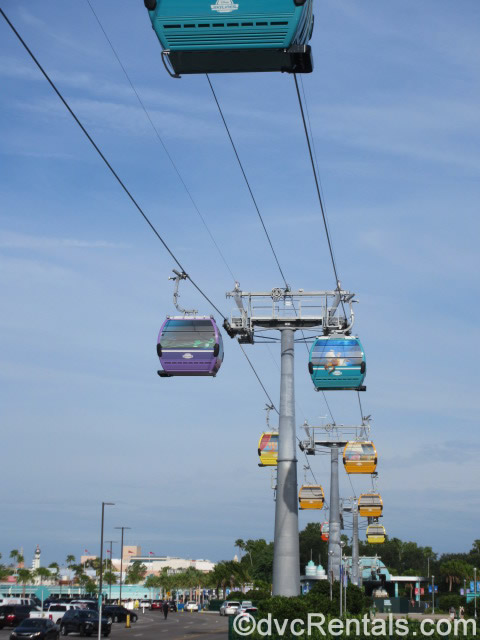 The system will connect Disney’s International Gateway (Epcot’s “back entrance”) and Disney’s Hollywood Studios to four Epcot Resorts: Art of Animation, Caribbean Beach, Pop Century, and the new DVC resort due to open in December of this year, Disney’s Riviera Resort. Currently, the resorts use buses to travel to Epcot and Hollywood Studios. The Skyliner station at the International Gateway is easily accessed from Disney’s Boardwalk Villas, Disney’s Beach Club Villas, the Yacht Club, and the entertainment area located on Disney’s Boardwalk. Many of the gondolas are themed with well-known Disney characters and attractions. There will be a total of six stations and three separate Skyliner tracks (see the picture below to get a visual idea of the system) 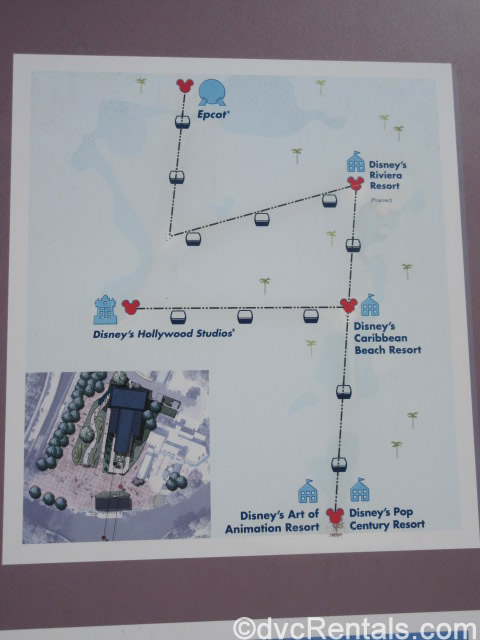 Let’s discuss the history of this project. This is not the first time Walt Disney World has had a gondola system. Soon after Disneyland in California made its debut in 1955, a gondola system called the Skyway was opened to guests. The Skyway connected Fantasyland and Tomorrowland and gave guests a fun way to view the park from above, as well as a short break for their aching feet. When the Magic Kingdom at Walt Disney World opened in 1971, a gondola system just like the one in Disneyland was in place. Called the Magic Kingdom Skyway, the gondolas were removed, and the attraction closed in 1999, although it took over ten years for the gondola stations to be destroyed and taken out of the Magic Kingdom.

On July 15, 2017, the plan to build the newest gondola attraction, called the Skyliner, was announced at a D23 (a club for Disney aficionados) Expo. 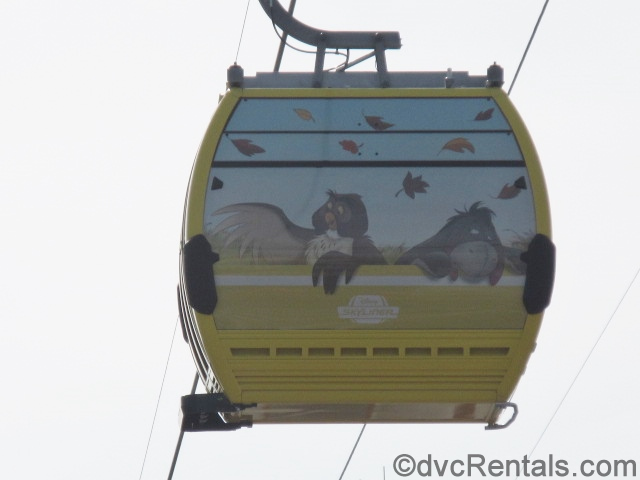 Those attending the Expo were told the system was going to connect the four hotels, with Epcot and Disney’s Hollywood Studio, allowing guests to have an aerial view as they rode. The exact opening date was not announced at that time. 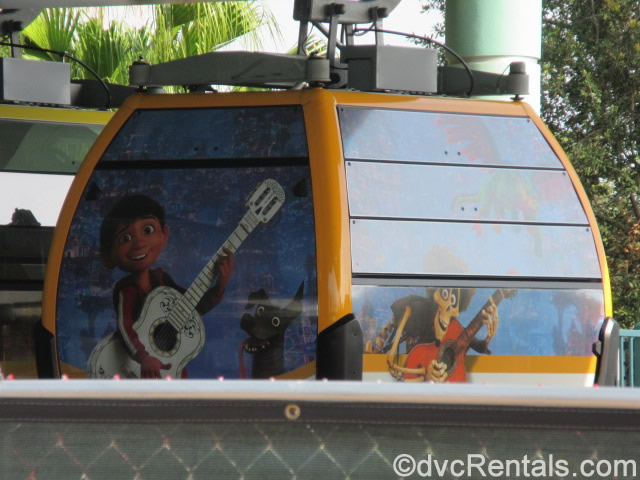 It didn’t take long for construction to begin, and the project was more than halfway done by the middle of 2018. In November of that year, announcements went out stating that the gondolas would open sometime in the fall of this year, 2019. The system was completed, and the first line to be tested with the gondolas attached was between Caribbean Beach Resort and Disney’s Hollywood Studios in January of 2019. Guests visiting the resort or the Studios were able to see the testing as it began. 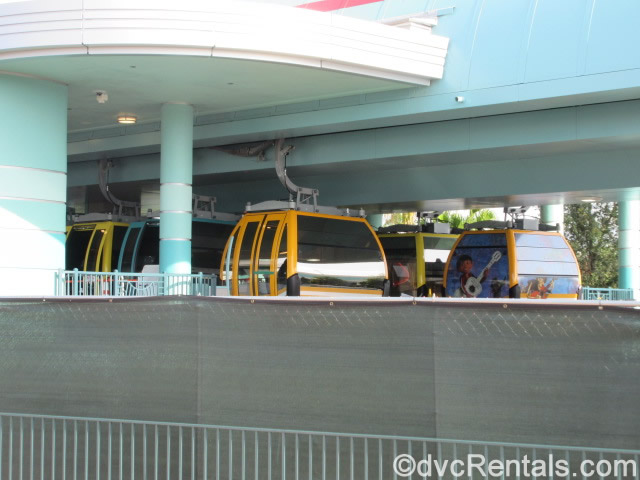 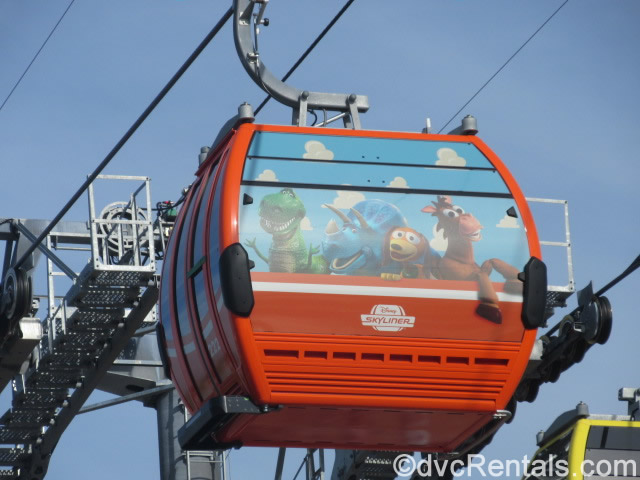 The Disney Skyliner station at International Gateway in Epcot has glass and metal canopies, murals, and steel structures made with an Art Nouveau style. Guests will see views of World Showcase from above as the gondolas travel to Epcot. 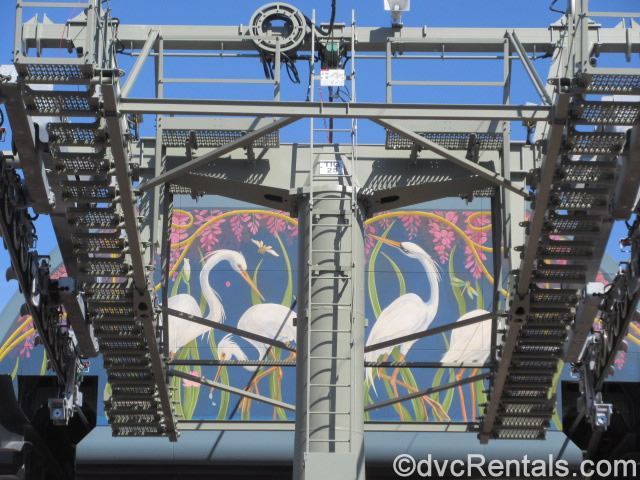 The Disney’s Caribbean Beach Resort station reminds guests of the open-air village marketplaces of the Caribbean and matches the resort’s architecture and color schemes. Guests wishing to transfer to a different gondola route will be able to do so at this “hub” of the system.

The design style of the station at Disney’s Hollywood Studios fits the color scheme and look of the park’s main entrance and bus stations. 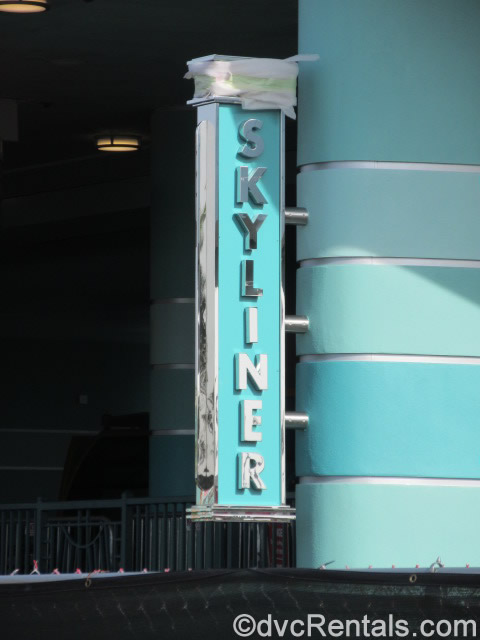 To the consternation of some guests, the gondolas are not air-conditioned; instead, they have what is called “passive ventilation.” Cross ventilation, according to Disney spokespeople, will provide sufficient airflow to keep guests comfortable. Additionally, the gondolas have reflective or, (depending on the gondola), very dark windows to prevent the sun from overheating the inside cabin. There is an audio system in each gondola to advise guests of any problems, as well as to make safety and other announcements to those traveling. 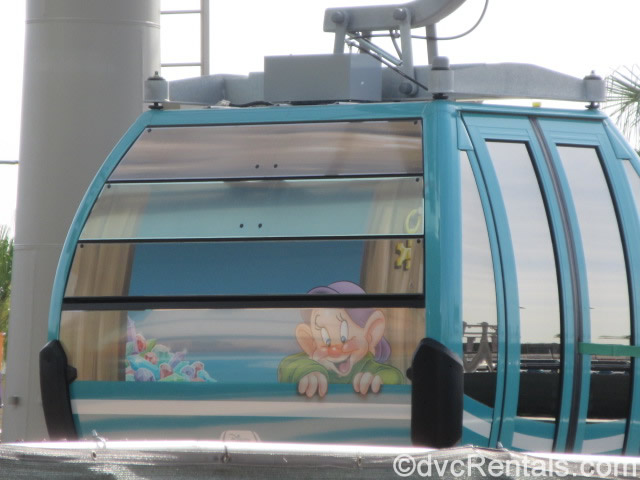 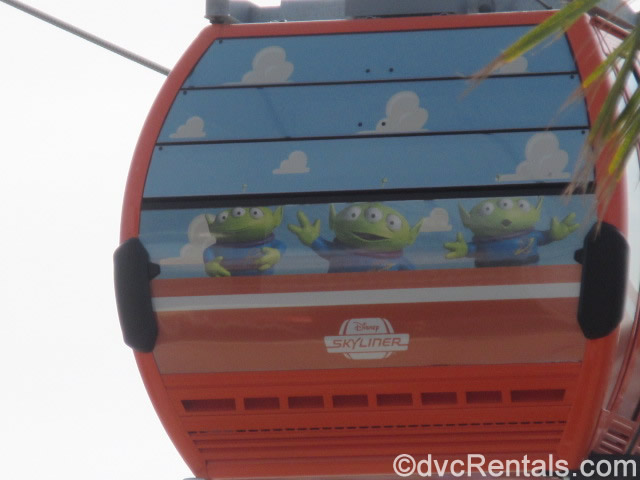 As mentioned earlier, the official opening date for the Skyliner is September 29. The gondolas are said to be able to run safely in any weather, although there are rumors that Disney may not allow them to go during severe storms. Like all new experiences at Walt Disney World, expect long waits when the system becomes operational for guests. Additionally, as it makes stops along the way, the gondolas may not be the fastest way to reach your destination. Guests staying at resorts other than the ones that have Skyliner stations will not find much practical use for them (but that doesn’t mean it won’t be a fun new experience to try out if you’re not in a hurry). 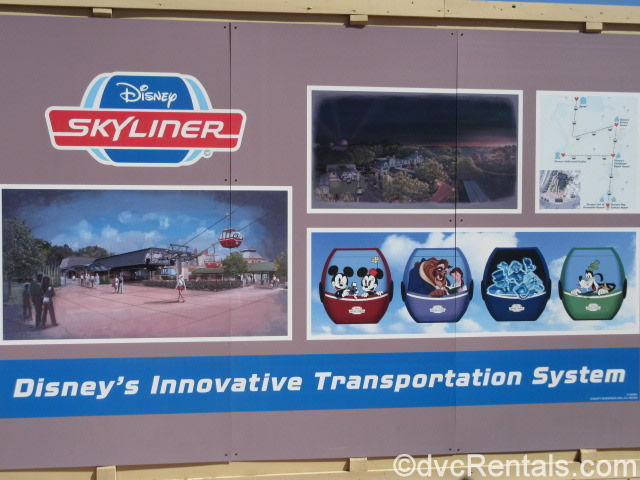 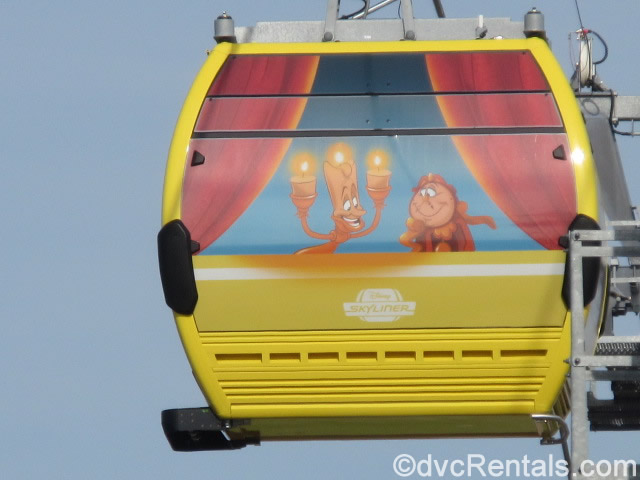 When the system opens travel, times are expected to be as follows: 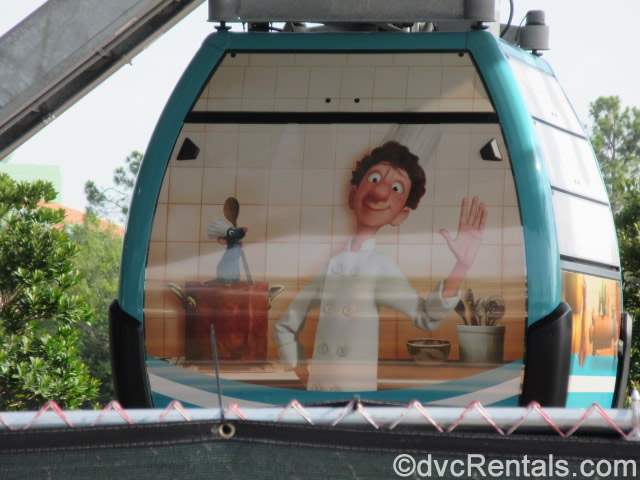 I am certainly looking forward to trying out the Skyliner. I have watched it being built from the beginning, and it’s exciting that soon it will be available to guests. Let’s hope the glitches are few and the fun is abundant! 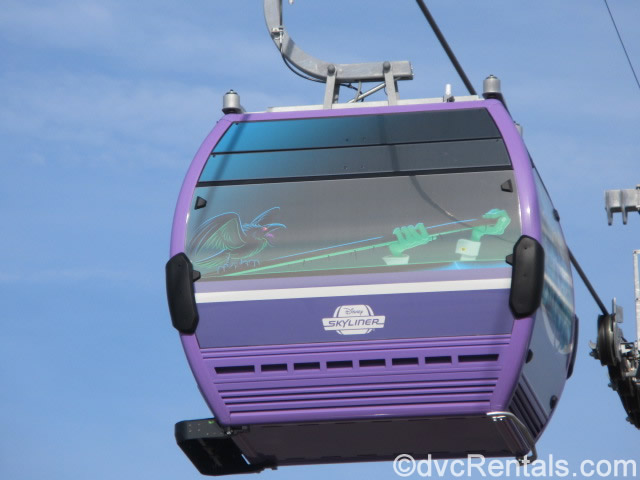