The History of the Osborne Lights

If you visited Walt Disney World in late November to early January between 1995 to 2016, you might be familiar with the Osborne Lights.  For those who were lucky enough to experience this spectacular show, I’m willing to bet you found it unforgettable. 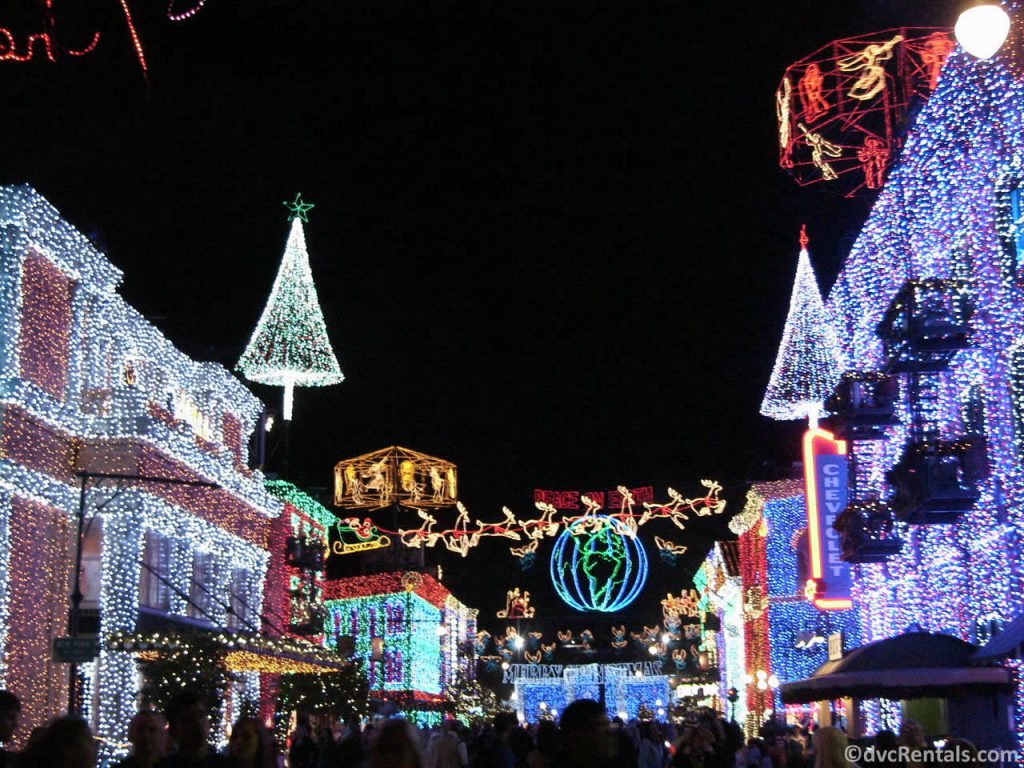 For those who have not had the pleasure, I hope this blog gives you a feel for what the experience was like. The Lights were a huge favorite, and many were sorry to see it go when it came to an end. There is a lot of history behind the story of the Lights, a show which grew and changed as the years went by. 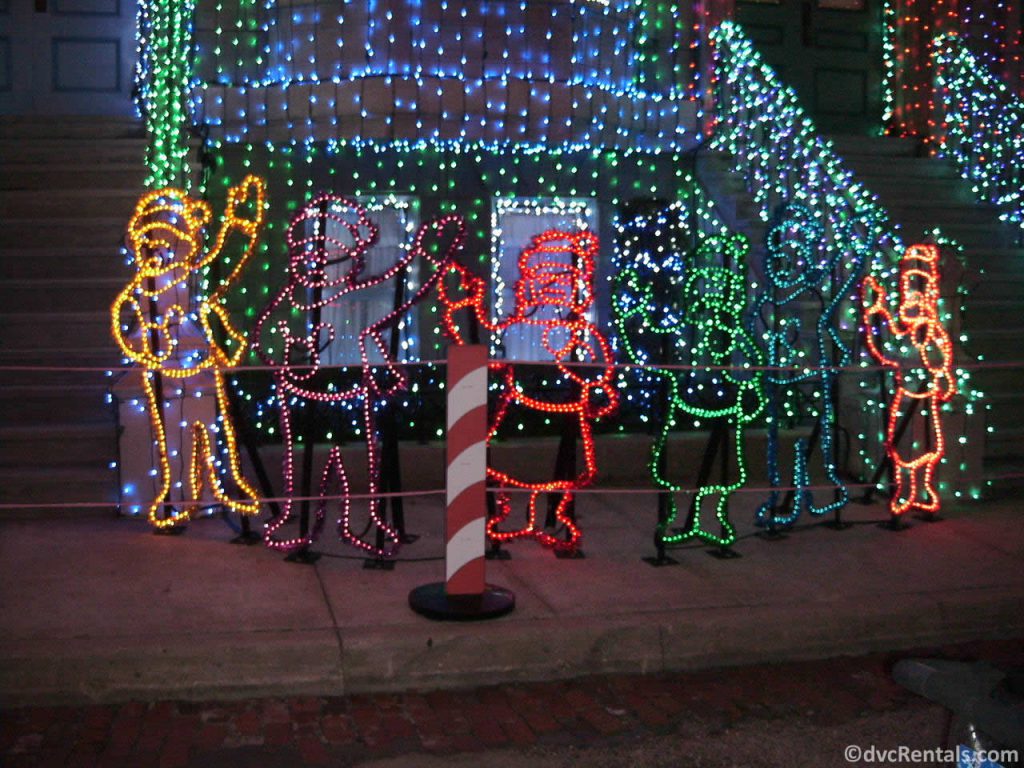 The story begins in Little Rock, Arkansas, in 1980. At his daughter’s request, a fellow named Jennings Osborne decorated his home with 1,000 lights for the holiday season. That started an Osborne family tradition, with the lights getting more and more elaborate as the years passed.  Mr. Osborne went so far as to buy properties that were next to his house so he could add more decorations, as he ran out of room to add lights to his residence!

As beautiful as it was, many of the neighbors in the area were not happy with the massive display, especially as the show continued to grow year after year.  Lights were EVERYWHERE Mr. Osborne could fit them, trees, swings, even his gas grill.  By 1993 there were over 3 million lights, including a globe, a carousel, a 70-foot-tall lighted tree, and dancing angels.  Visitors flocked to see the display, causing the street to be constantly blocked and crowded. Those who lived on the street felt this was a hazard, as emergency vehicles could not access much of the block.  A lawsuit was filed in 1994, and the court decided the lights could only be up for 15 days each year and could only be turned on between the hours of 7:00 PM and 10:30 PM. Appeals were filed but to no avail; in 1995, the court shut the lights down permanently.

Happily, there was a “light” (pun intended :)) at the end of the tunnel. The court case brought national attention to the display. The Powers that Be at Walt Disney World contacted Mr. Osborne and to ask about moving the light display to the park in Florida.  As luck would have it, Osborne was a huge fan of Disney World, and he agreed to take his light show to what was then called Disney-MGM Studios (currently Disney’s Hollywood Studios). Winter of 1995 saw the first showing of the light spectacular, and it was an immediate sensation with park guests. 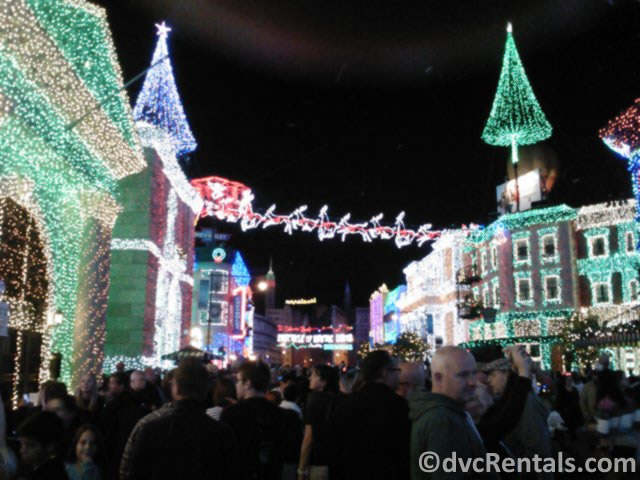 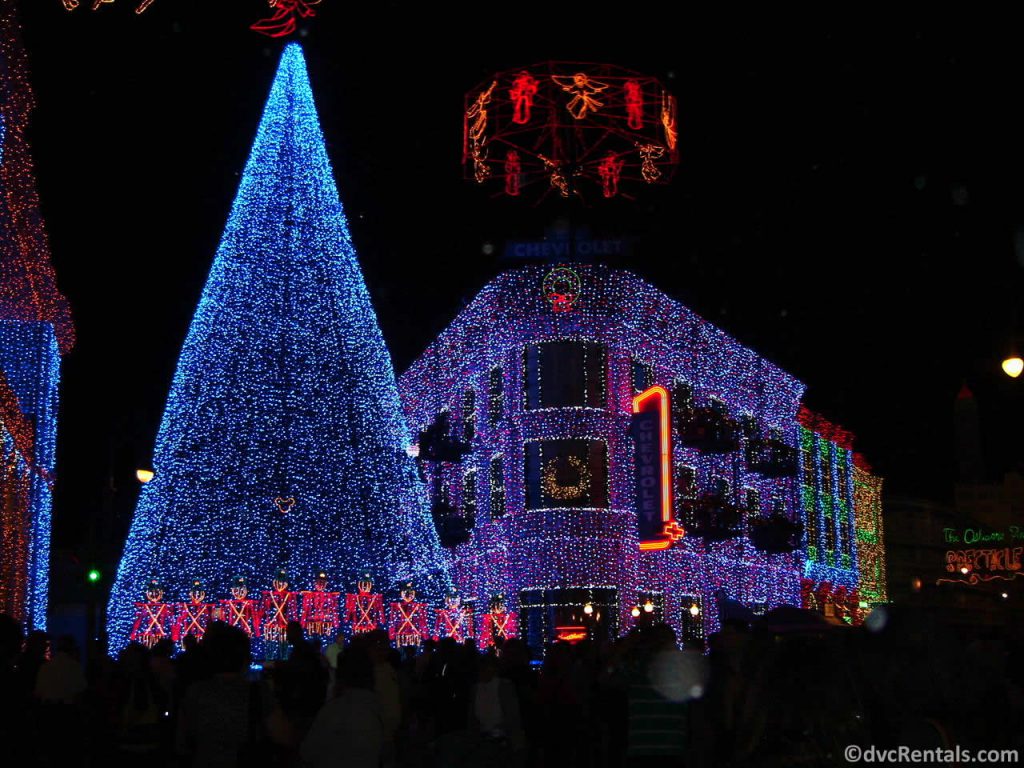 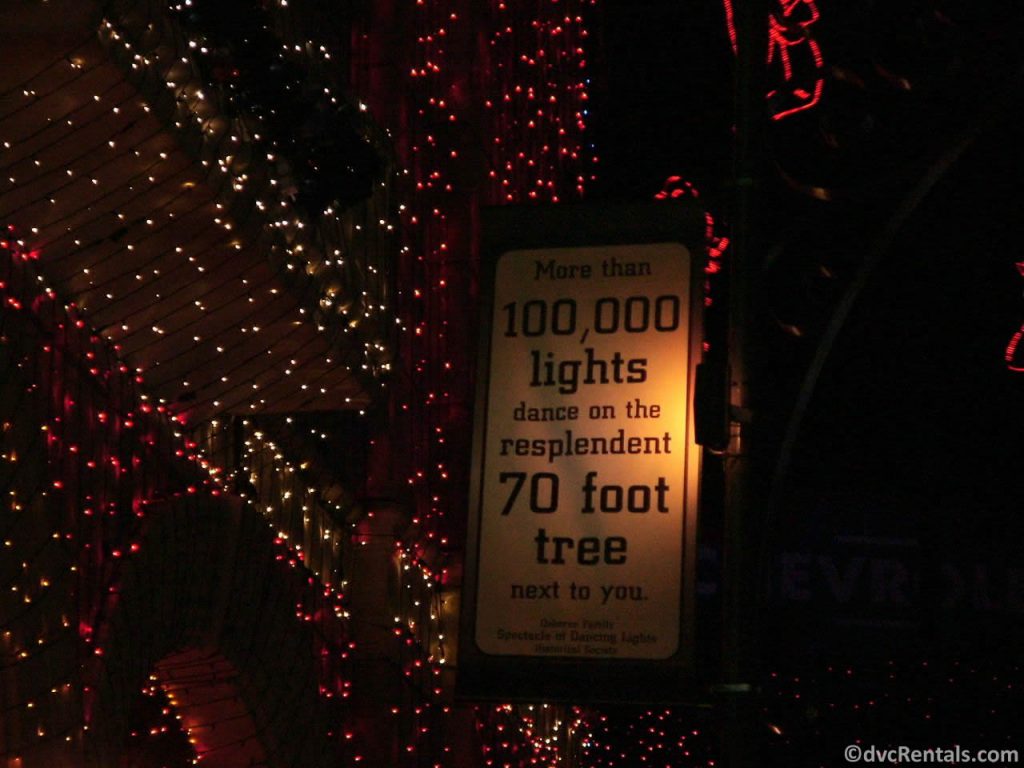 The show continued to grow and add more lights and more special effects as the years went by.  Some years they even handed out 3D glasses, which, when worn, would make many of the lights look like Angels! 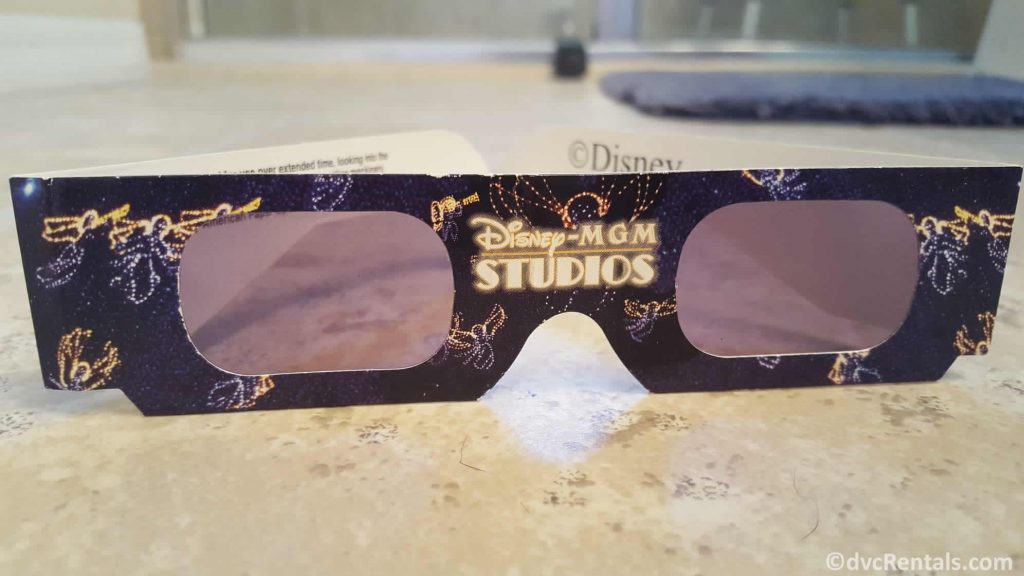 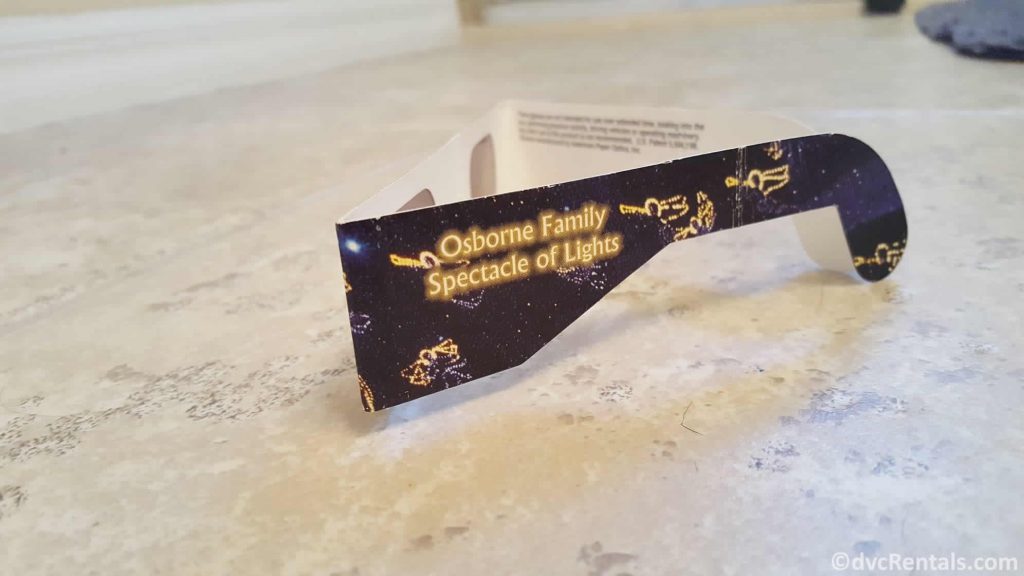 The show was a huge success for its entire run and was shown yearly with one exception. In 2003, the show was not displayed due to the area it had been located (Residential Street) being renovated to make room for Lights, Motor Action attraction (now gone). By 2004 the Osborne Lights returned, bigger and better than ever, now on the Streets of America (as an FYI at the time, it was called New York Street). 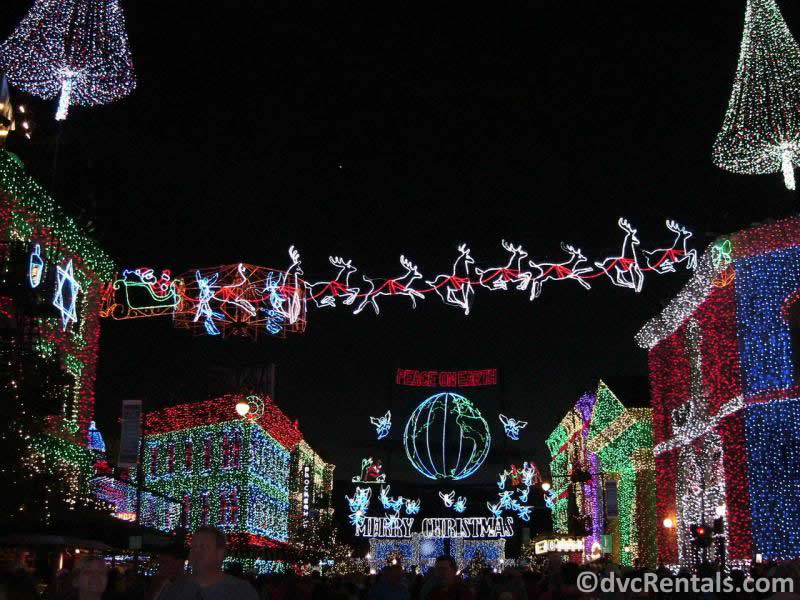 So, for those who have never been, or to remind those who have, let’s discuss what you’d see during this experience.  Starting late November and ending in early January, after dark, the streets where the show was located would come to life with (among other things) wreaths, angels, revolving displays, Christmas Trees, A Menorah, Disney characters, “flying” reindeer, tin soldiers and so much more—all made from or decorated with colorful twinkling lights. Strung across the street were lights reading “Merry Christmas” and “Peace on Earth.” Santa and his sleigh were also visible across the streets.  It was truly a feast for the eyes—and the ears, as holiday tunes filled the air. Additionally, “snow” would come down on the street from above, adding to the festive atmosphere. 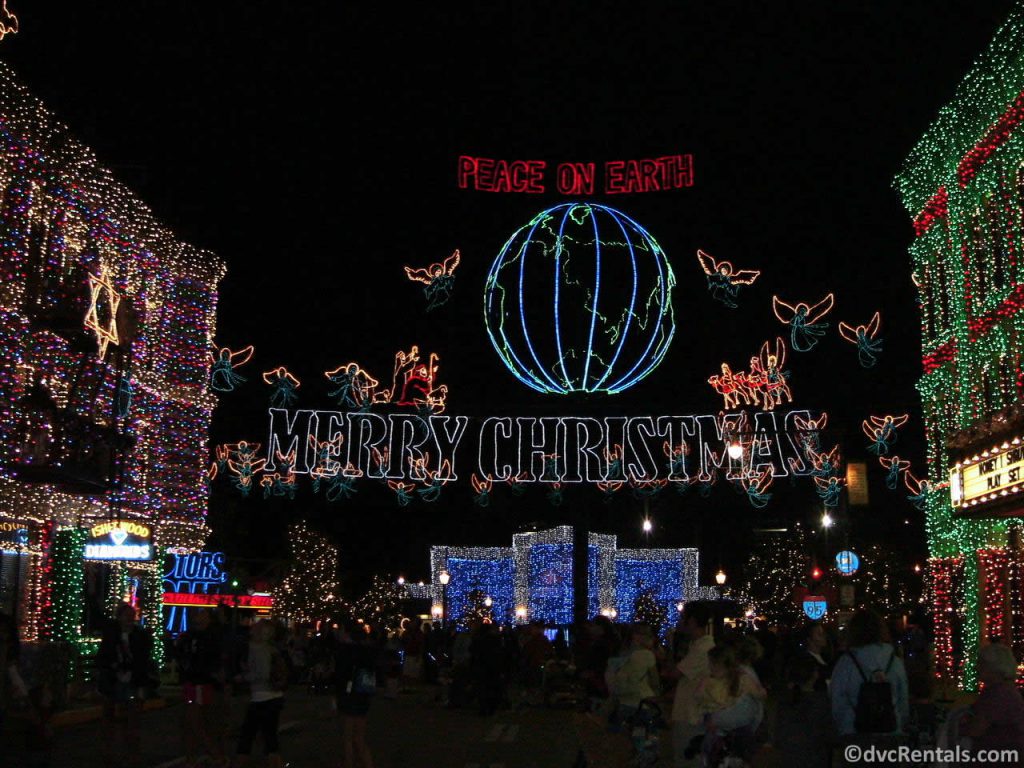 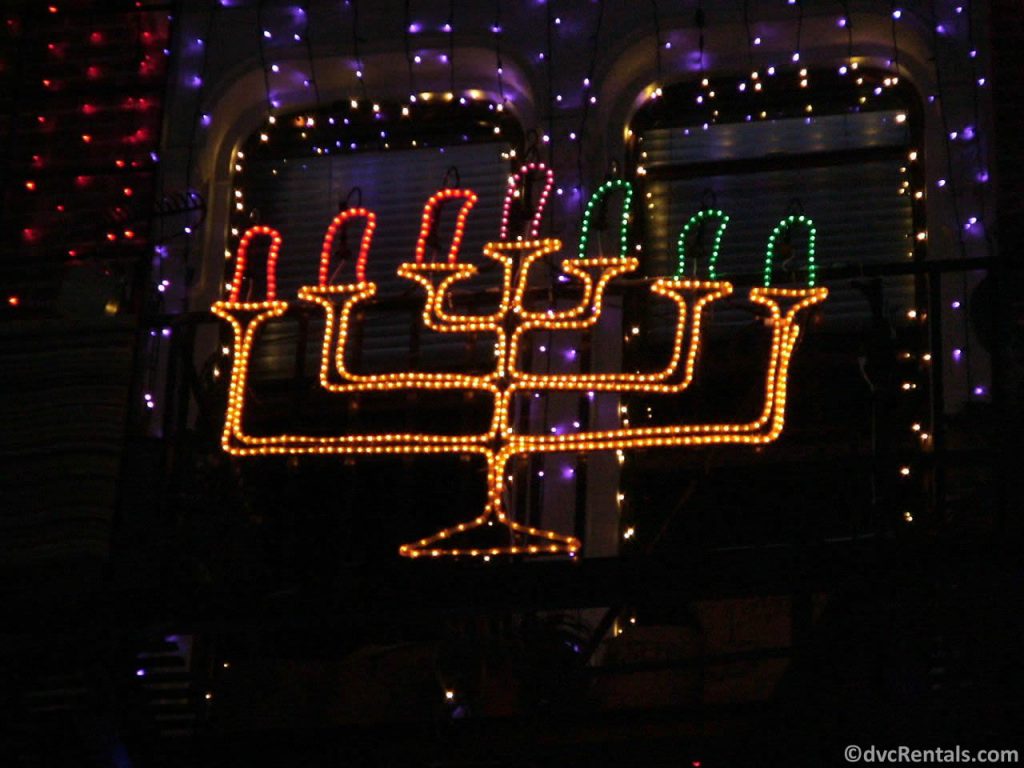 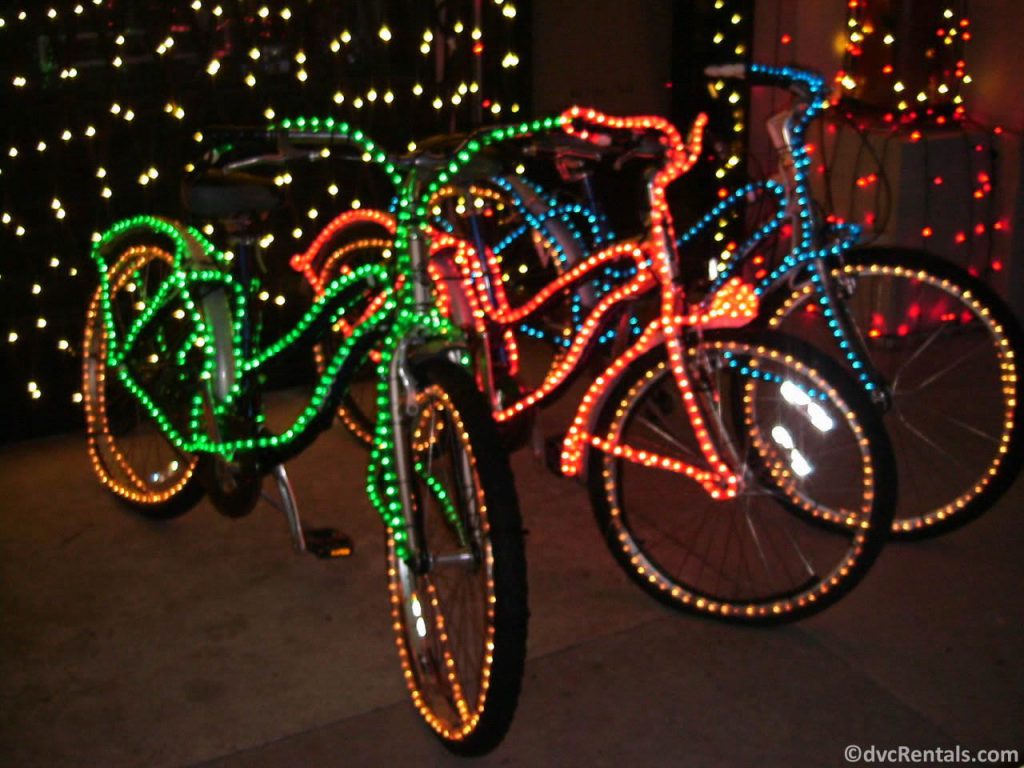 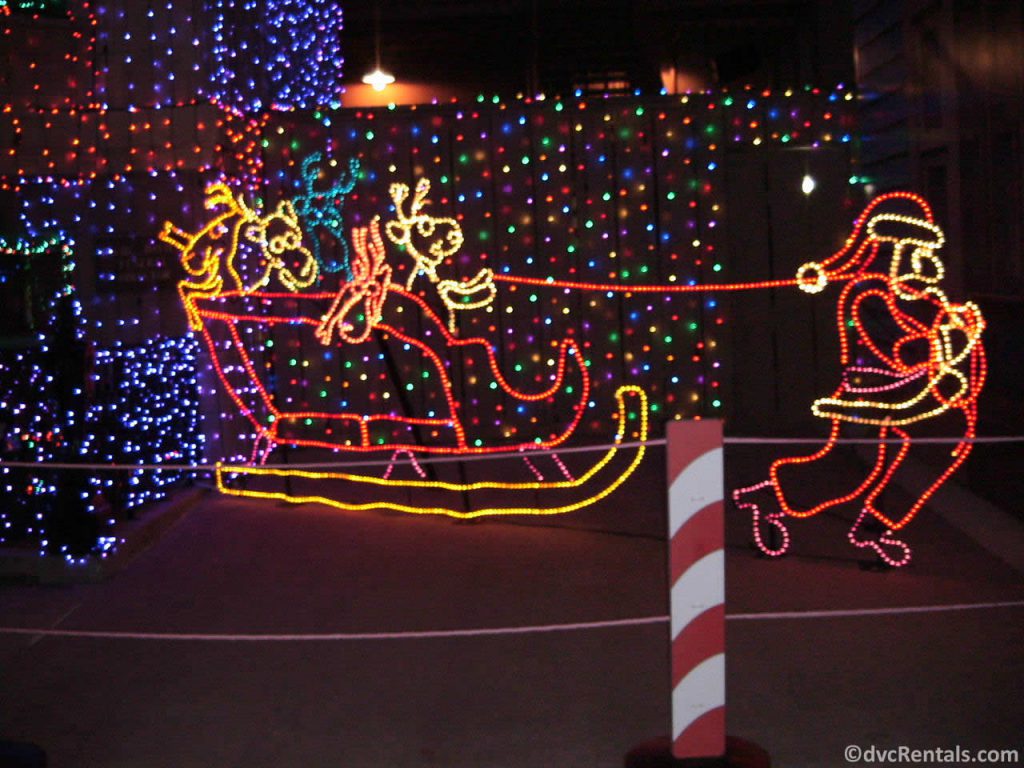 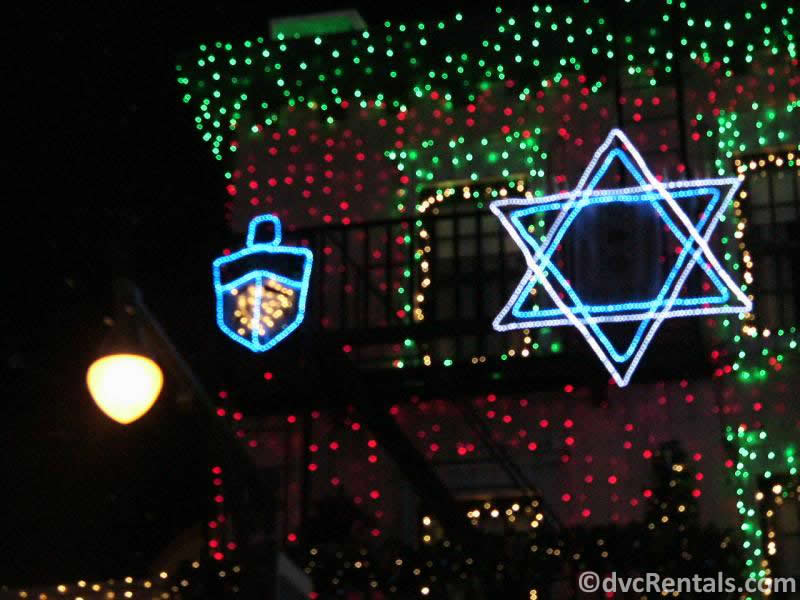 There were over 5 million lights used for the show! To make all of this even cooler, in 2006, Disney added a system that would make the lights “dance” in time with the music. At that time, the name of the display became Osborne Family Spectacle of Dancing Lights, which remained the name until the final year of the display. 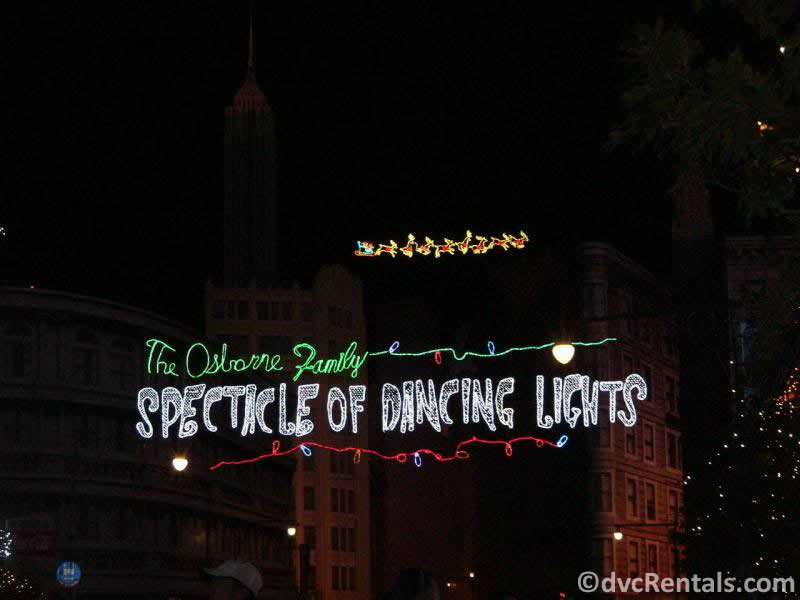 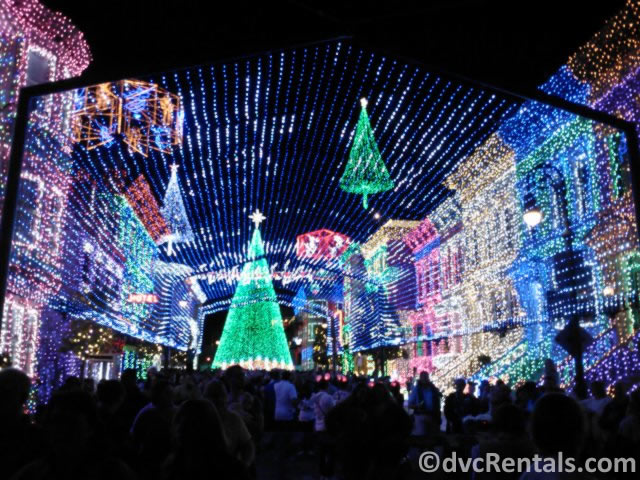 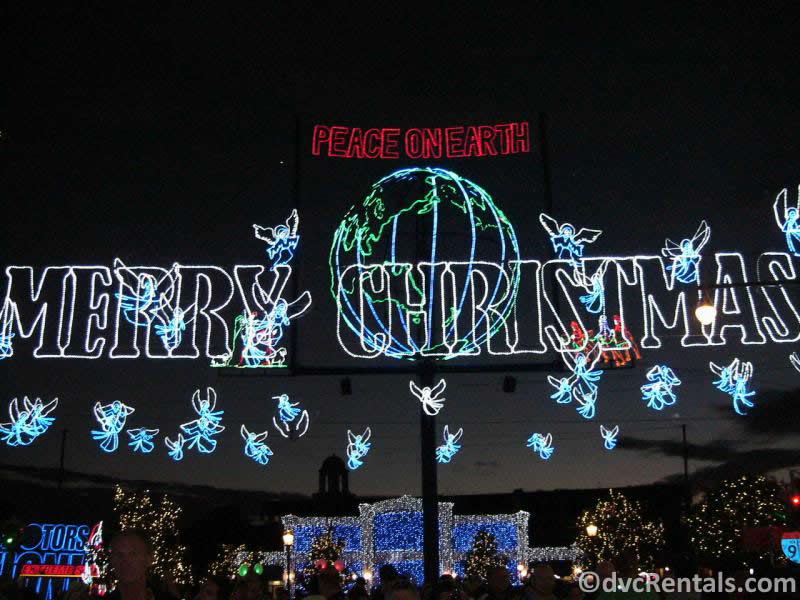 Although Disney started out with the original lights the Osbornes had used, as the years went by, much was added to enhance the experience. In 2011 all of the lights were replaced with LEDs, which made the already gorgeous show even brighter and prettier. Additionally, over the years, Cast Members added quite a number of Hidden Mickeys into the light displays—over 80 in all by the time the show came to an end. Some were small clusters of lights in the corner of windows; others were larger, such as a big classic Mickey in the middle of the display’s largest Christmas tree. 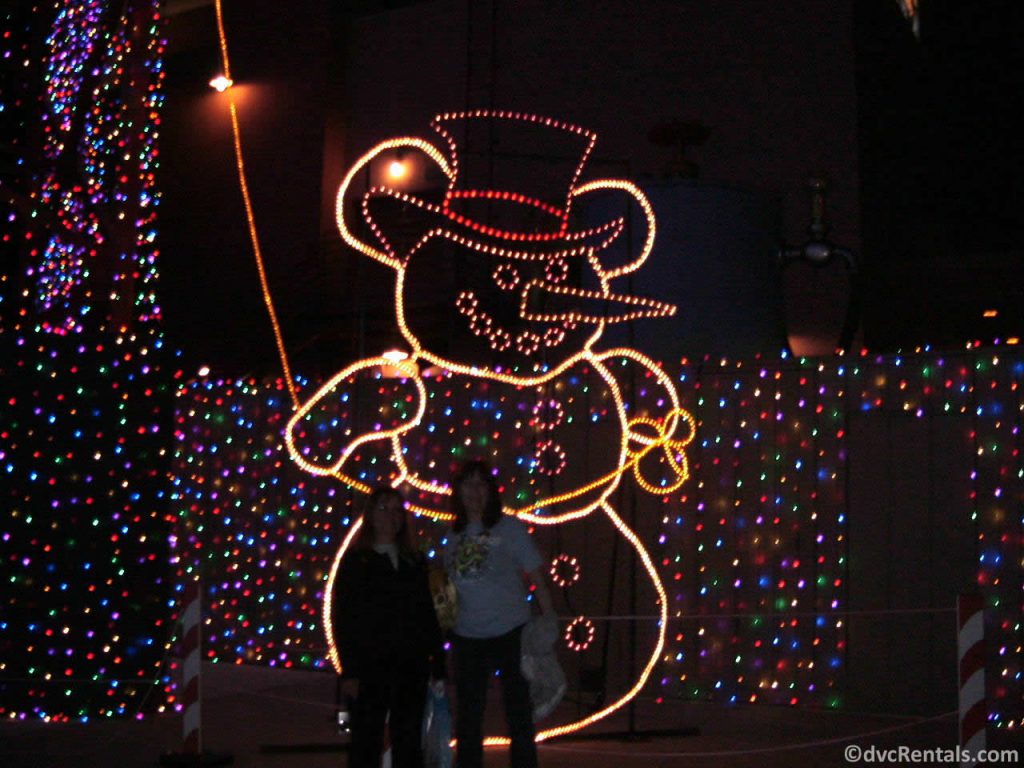 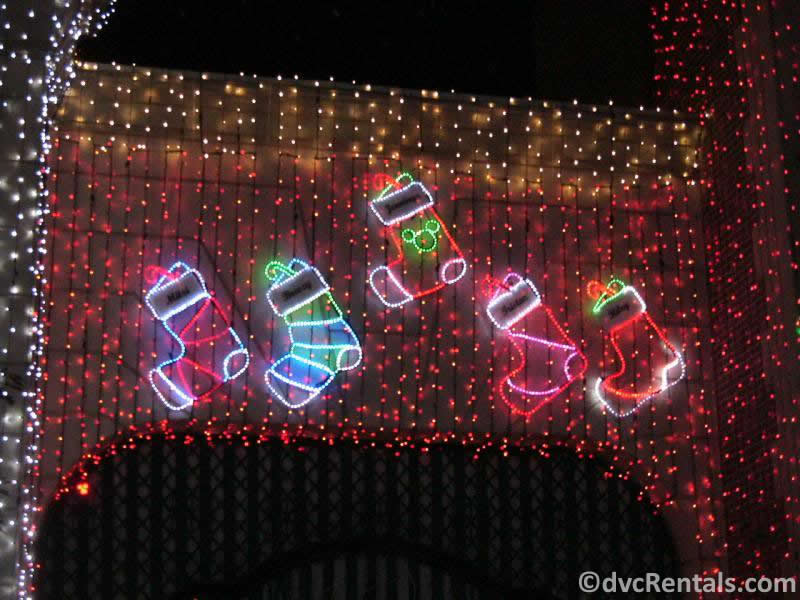 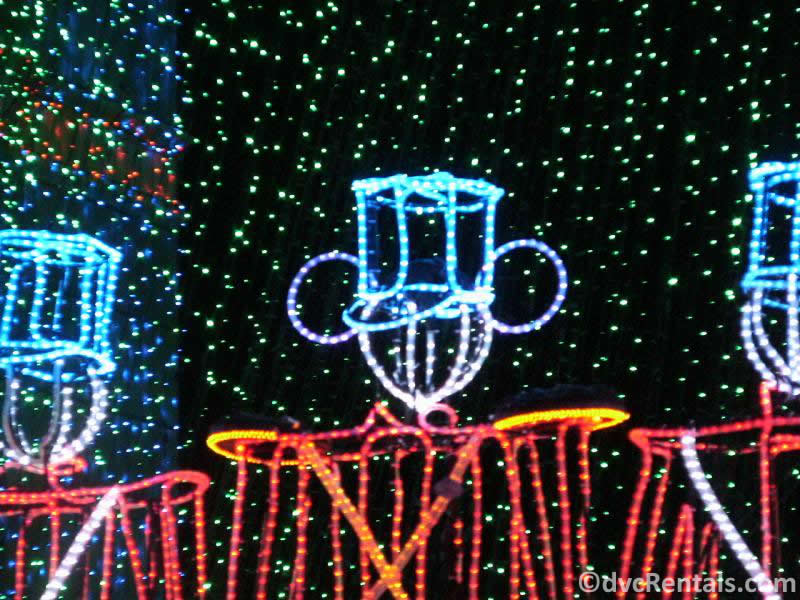 In addition to Hidden Mickeys, the Osborne Lights also featured decorations themed after favorite Disney films and characters. Through the years, these decorations varied and included a “Star Wars” display of lightsabers, Santa and Mickey Mouse, Stitch, Mr. Toad, Olaf, Dalmatians, Jack Skellington, Roger Rabbit, and more. The 2007 edition of the display featured over 40 Disney icons! And then there was one display that didn’t seem to belong—a purple cat with its back arched. Supposedly this was an accidental addition of a Halloween item from the Osbornes the first year. It became a tradition to include the cat in a different place every year, making it fun for guests to find. 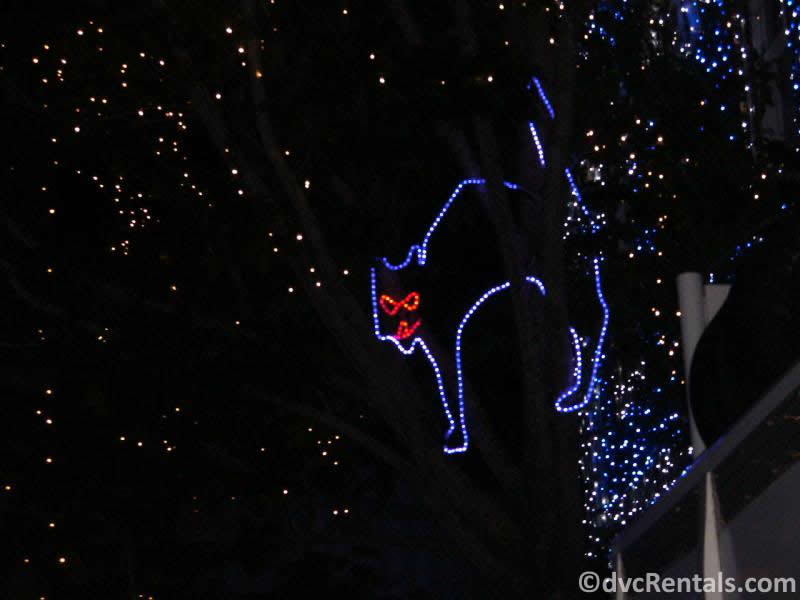 Once the display went live, each evening after the sun went down, the lights would go on, and the show would continue until park closing. Visitors would see the lights dance in time to the music.   After each performance, the lights remained steady for about seven minutes before “dancing” again to a different holiday song.  The show would end the first week of January, at which time everything would be taken down until it all started over again in the fall.  It took over 20,000 hours each season to set up the display. Guests visiting in the fall could see the lights being added if they walked through the area, but they were not lit up until late November. Admission to the display was included in your park ticket; there was no extra charge to see this awesome spectacle. 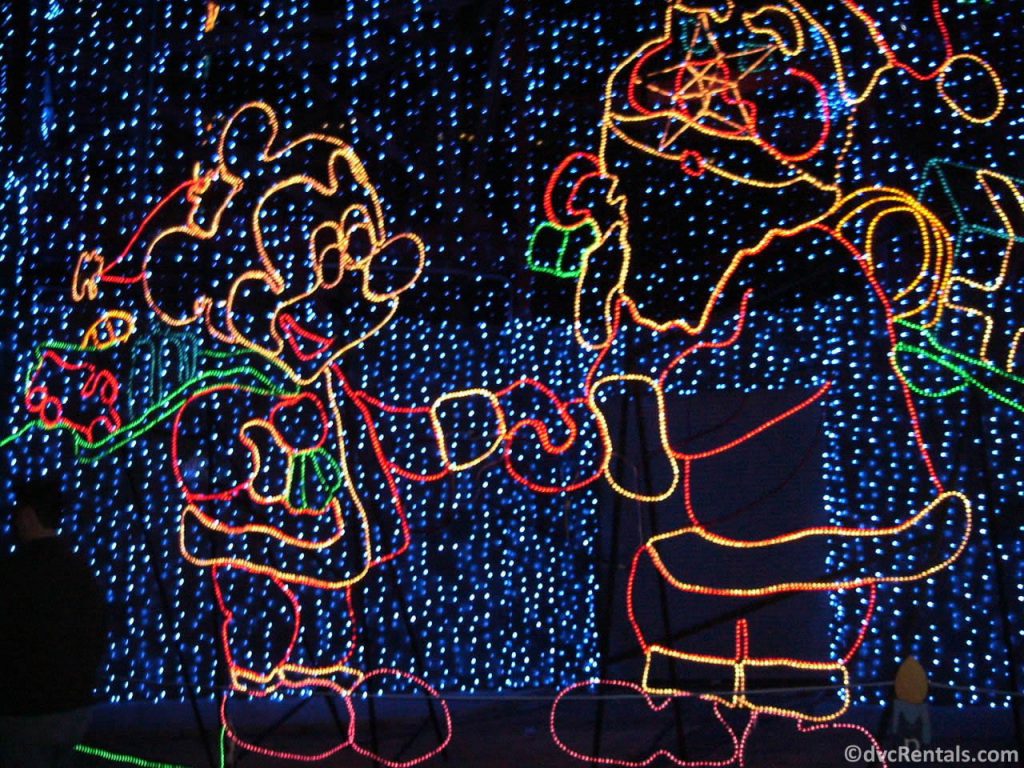 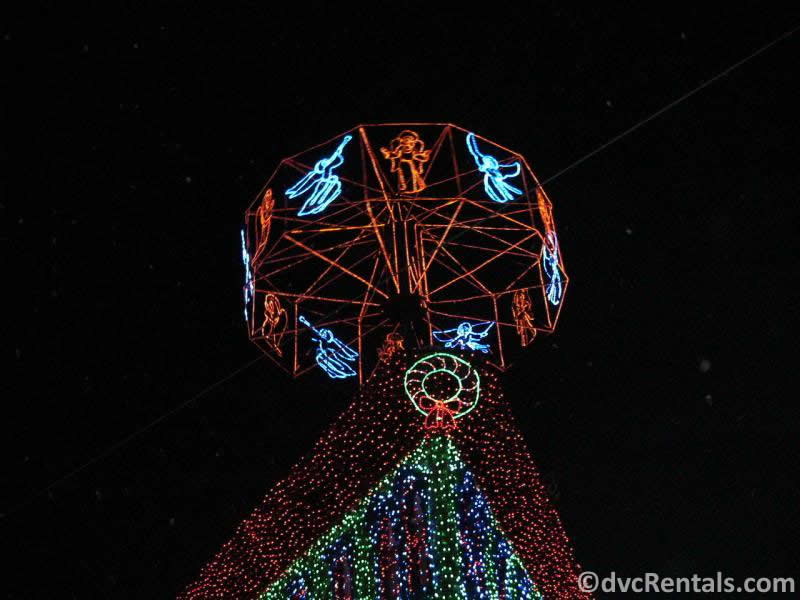 On September 11, 2015, Disney announced, to the chagrin of many, that the 2015 holiday season would be the final season for the Osborne Family Spectacle of Dancing Lights. Star Wars Land was being constructed, and there would no longer be room for the light display.

The last showing was on January 6, 2016, and the final “dancing lights” songs were Have Yourself a Merry Little Christmas and the Mickey Mouse Club Alma Mater (“Now it’s time to say goodbye to all our company…).” 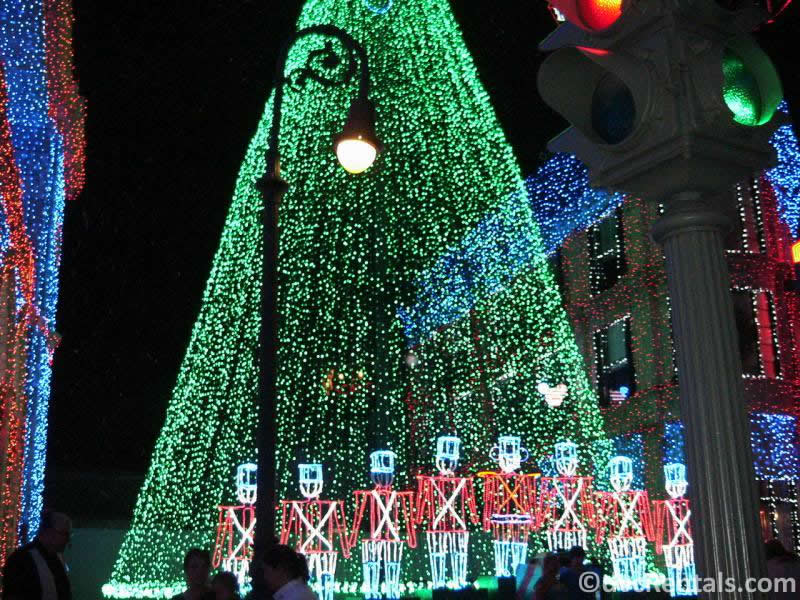 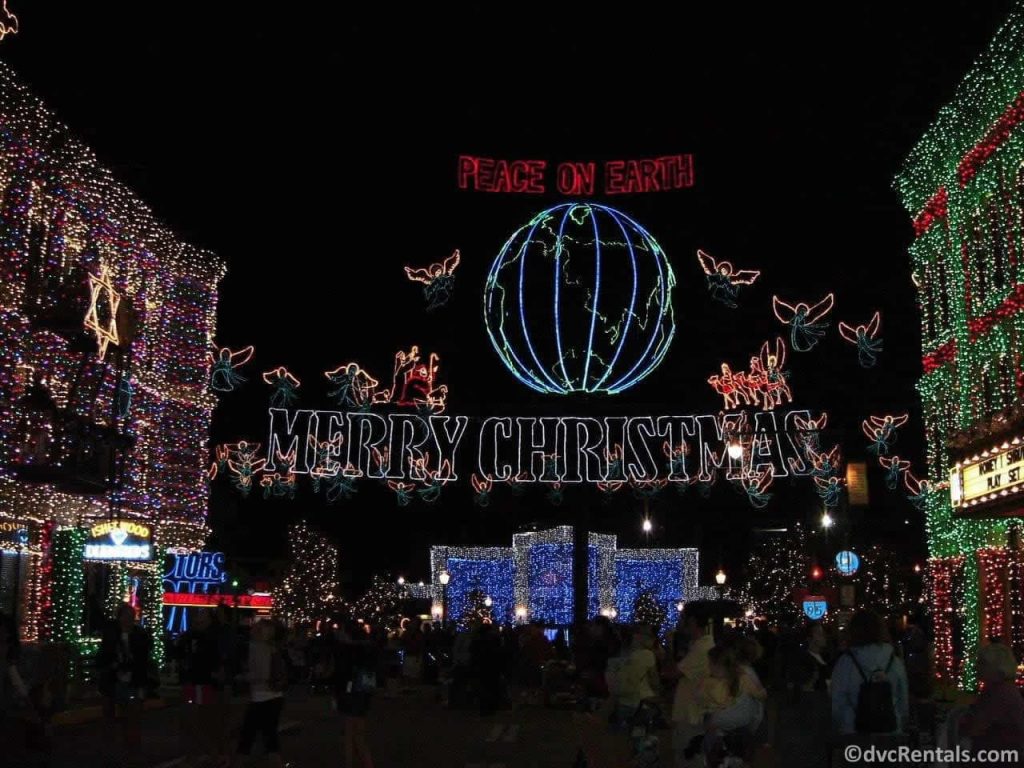 Although it was sad to see them go, it was wonderful to have the Osborne Family Spectacle of Dancing Lights as a feature for so long. I am sure it has left many wonderful memories with countless guests. And happily, the lights have found a very good home. Most were donated to “Give Kids the World Village,” a nonprofit resort in Kissimmee, Florida, for children with critical illnesses and their families. Every year the Village hosts “Night of a Million Lights” event, which is used to raise money for the organization, and many of the Osborne lights have become incorporated into that event.