The History of Audio-Animatronics at Disney: Movers & Shakers

Think of your favorite ride at Disney. Is it a thrill ride with fast drops and wicked corners, like Expedition Everest? Is it a sedate, gentle journey with iconic music, like It’s a Small World? Or is it a combination of both with some water thrown in for good measure – like Splash Mountain? 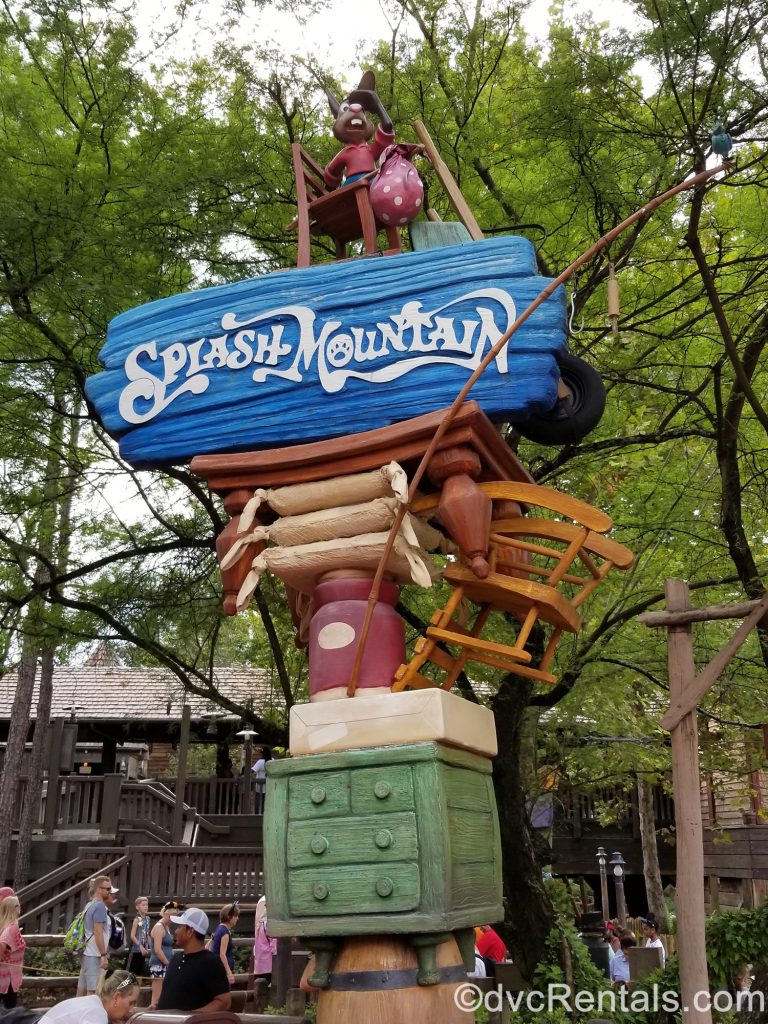 No matter what your favorite ride or experience, chances are, it is populated by those most iconic of all Disney creations – audio-animatronics. From rum-soaked pirates to the eerily lifelike Shaman of Songs, audio-animatronics have been a staple of Walt Disney’s parks and their rides since their creation in the 1950s. Join me as we shed some light on these weird and wonderful mechanical creatures, the history of Disney’s audio-animatronics, and where their future might lead! 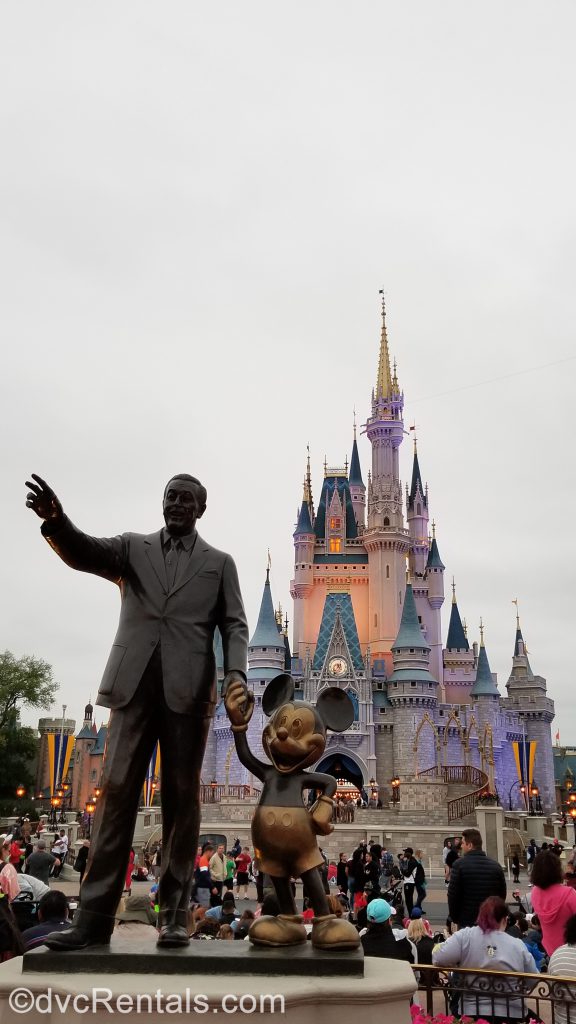 In the 1950s, whilst holidaying in New Orleans, Walt Disney purchased a small automaton songbird, originally created in France in the 1900s; a gift for his wife, Lillian. Fascinated by the creature, Walt brought the bird back home with him, and even before he gave it to his wife, gave it to his Imagineers, with instruction to figure out how it worked – and how to make it better! Thus, began the development of Disney’s Audio-Animatronics.

Their first creation was a tiny tap-dancer named ‘Little Man’ – but his mechanics were all external and visible. This was hardly something they could feature in the parks! The next advance was liquid hydraulics, used in the 1955 Jungle Cruise attraction. This was able to achieve simple movements like having an elephant’s trunk swing, or the head of a python move side to side, but was far from what Walt envisioned for this new and exciting technology. 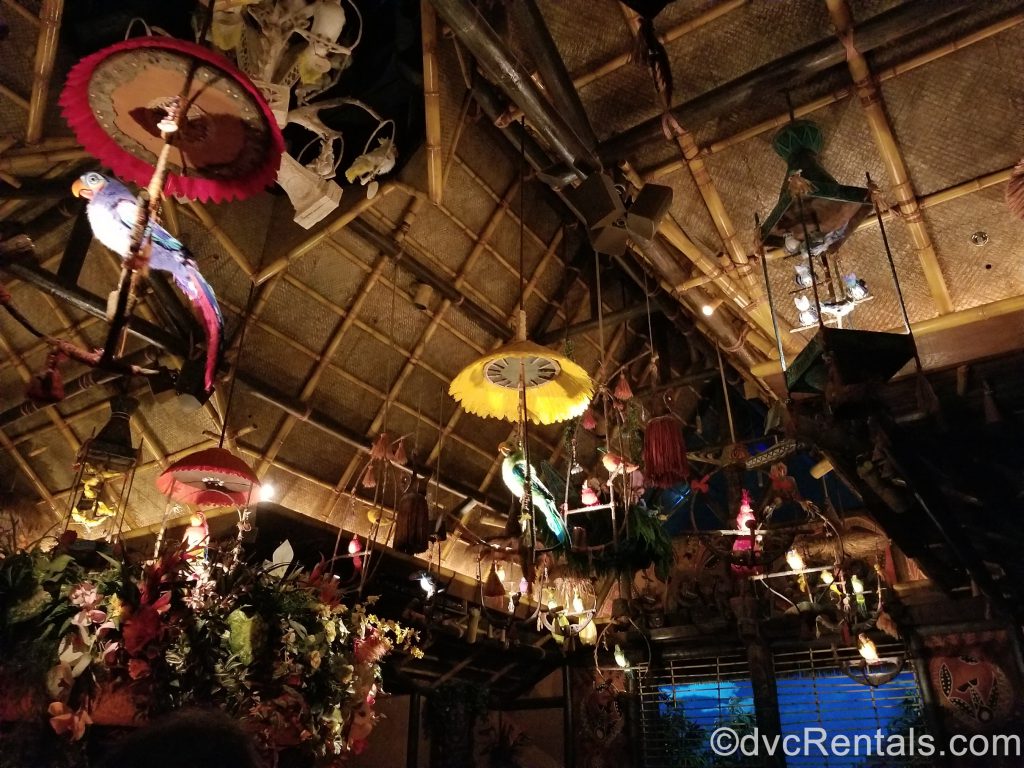 The very first attraction to feature true audio-animatronics was the Enchanted Tiki Room, which opened in 1963 at Disneyland, full of singing birds and characters much like the original bird Walt Disney brought home to his wife. Walt did not want oil from the liquid hydraulic systems to be dripping down onto his guests as they sat through the performance in the new Tiki Room, so as a result, the singing birds were modified to be powered by an electromechanical pneumatic system. This required no oil, and the birds’ movements are activated by audio signals as they sing – making them the first true Audio-Animatronics.

Now that the first major milestone was passed, the Imagineers next goal was to create a full-sized human animatronic, as close to life as possible. To begin with, the plan was to create ‘Confucius,’ a wise figure who would sit in a restaurant and give advice to curious guests. This was abandoned in favor of a much bigger project that would have wider reach and appeal, and would be seen on a world stage; rather than just in the confines of the Park.

‘Great Moments with Mr. Lincoln’ debuted at the 1964 Worlds Fair. A life-size, moving, and speaking Abraham Lincoln amazed hundreds of thousands of guests who visited the Illinois Pavilion with a 5-minute speech; standing, sitting, and looking around the room as if alive. The first human, lifelike animatronic in history, Mr. Lincoln still gives this speech every day to guests at Disney Parks – though he has been updated a time or two since then! 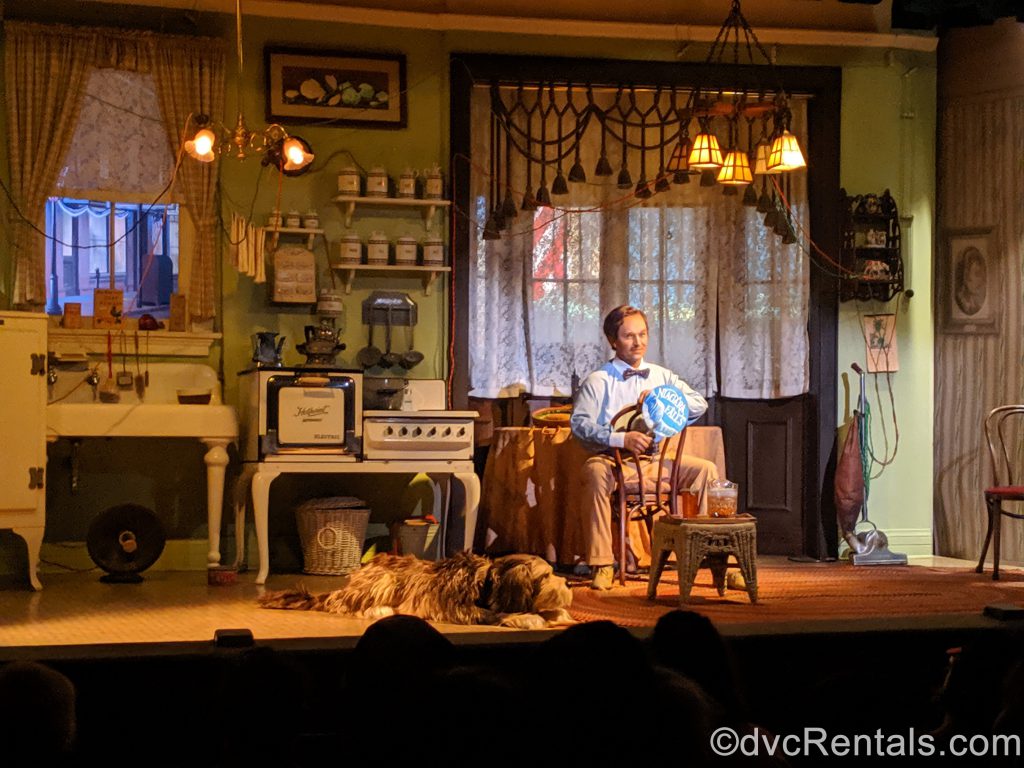 Once Lincoln was perfected, the Audio-Animatronic train kept on rolling! The Carousel of Progress, Hall of Presidents, Pirates of the Caribbean, and the Country Bear Jamboree, to name a few, were all opened in the decade after the Worlds Fair. Many of these rides are still with us today, and whilst they may not match up to some of the later animatronics introduced, they still continue to entertain millions of guests every year and are close to many Disney-goer’s hearts. Though Walt himself never saw many of these attractions open, his hand was directly involved with the future development of Audio-Animatronics.

In 1970, Imagineers began using digital systems to program their animatronics, which allows more refined control of the figures as well as more complex routines to be added in. By 1989, the first A-100 figure was created; the Wicked Witch of the West in the Great Movie Ride. She moved so convincingly that many guests presumed she was an actress in costume – even to this day, some folk misremember her as a Cast member and not an animatronic. This was in part thanks to a process called ‘compliance.’ 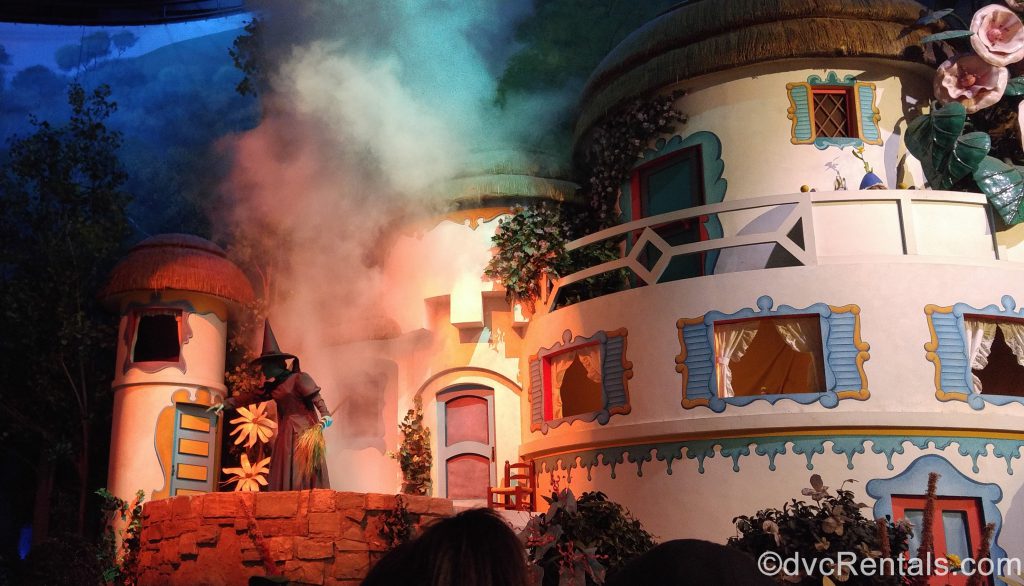 Compliance is an advanced technology; utilising theories perfected in animation. Older animatronics would shake and rattle when reaching their fixed end positions. In real life, the end position of a motion is not fixed, but fluid, and will slow toward its end and then continue past its intended position, before returning – subtle, yes, but something the human eye will notice if not present. Compliance allows this in the animatronics, and thus absorbs shock whilst creating more lifelike motion! 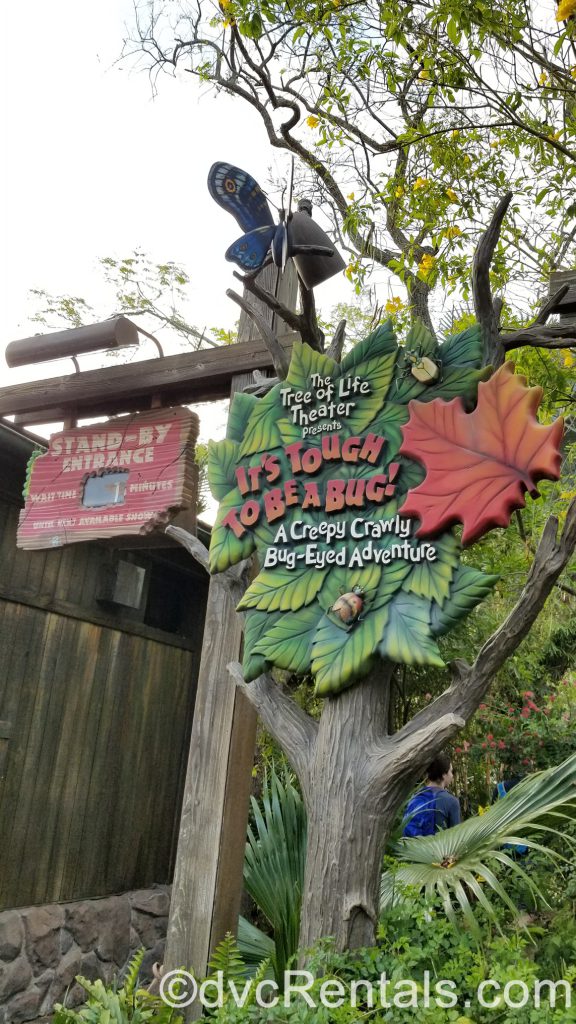 For guests in 1998 visiting Animal Kingdom’s Tree of Life, the show ‘It’s Tough to be a Bug’ incorporated a 4-D movie experience with a terrifying encounter with the most advanced audio-animatronic created at that time – Hopper, the larger-than-life grasshopper and primary antagonist of ‘A Bug’s Life.’ Even today, he is a sight to behold, with over 74 separate functions, and a mean streak to boot. 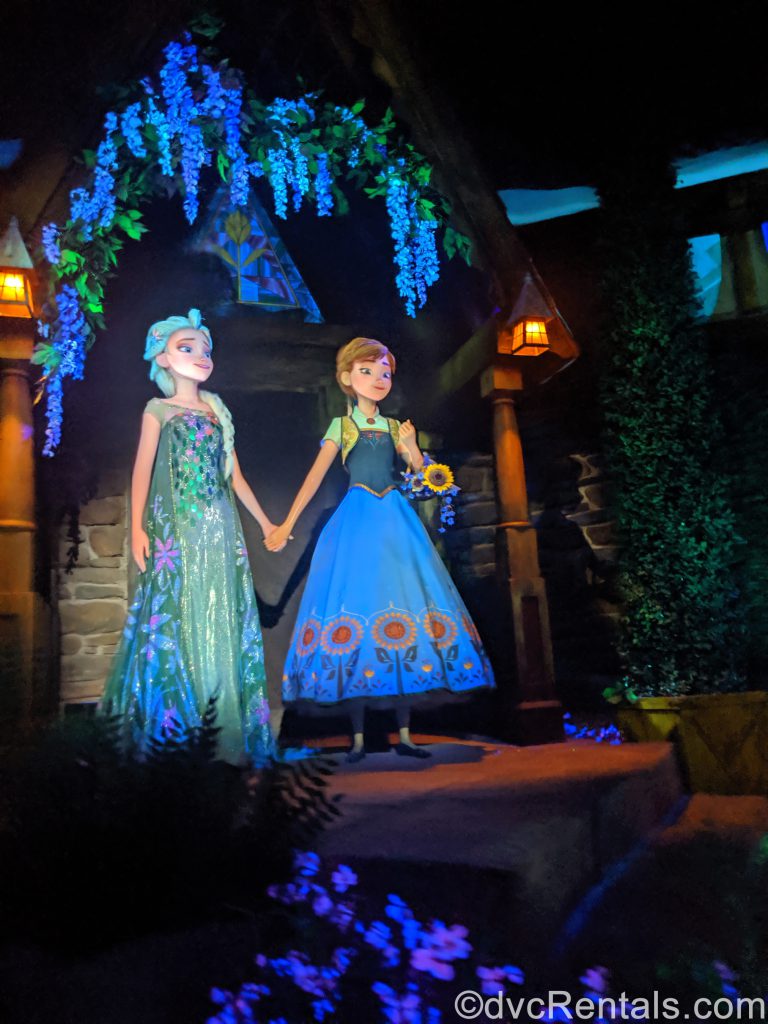 The next major advancement came when Imagineers began to incorporate projection technology, which allowed animated sequences to be projected onto a moving animatronic’s features. Guests may recognize this as the technology used in the standby line for Buzz Lightyear in Tomorrowland, Frozen Ever After and on the Seven Dwarfs Mine Train. 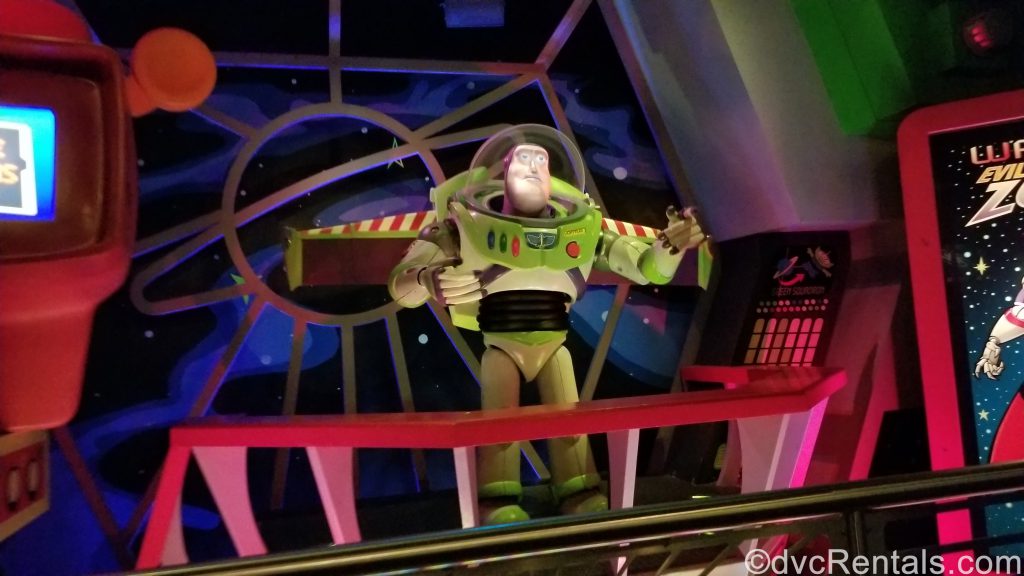 Olaf, whilst not using projection, is one of Disney’s most advanced but smallest complete animatronics, who (in addition to liking warm hugs) proved a challenge when building in order to fit everything inside whilst keeping his motions smooth and fluid. 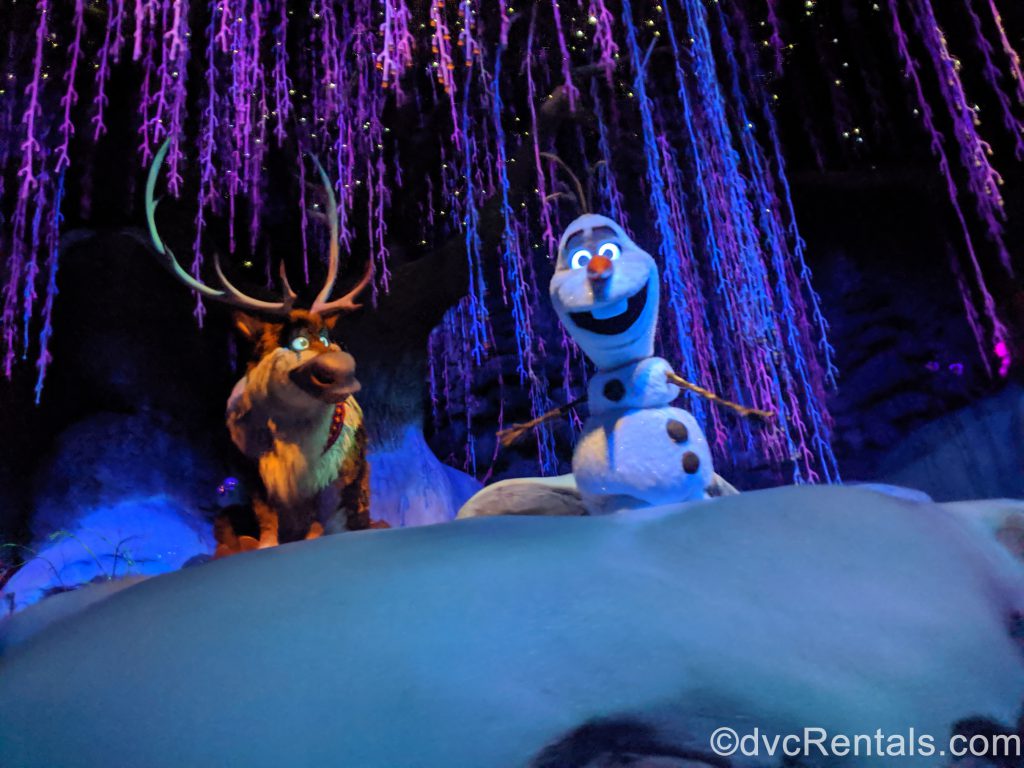 In fact, Frozen Ever After debuted as Disney’s first-ever all-electric Audio-Animatronics, completely doing away with the robotic shaking associated with animatronics in the past. But not all of the Imagineers experiments were 100% successful. 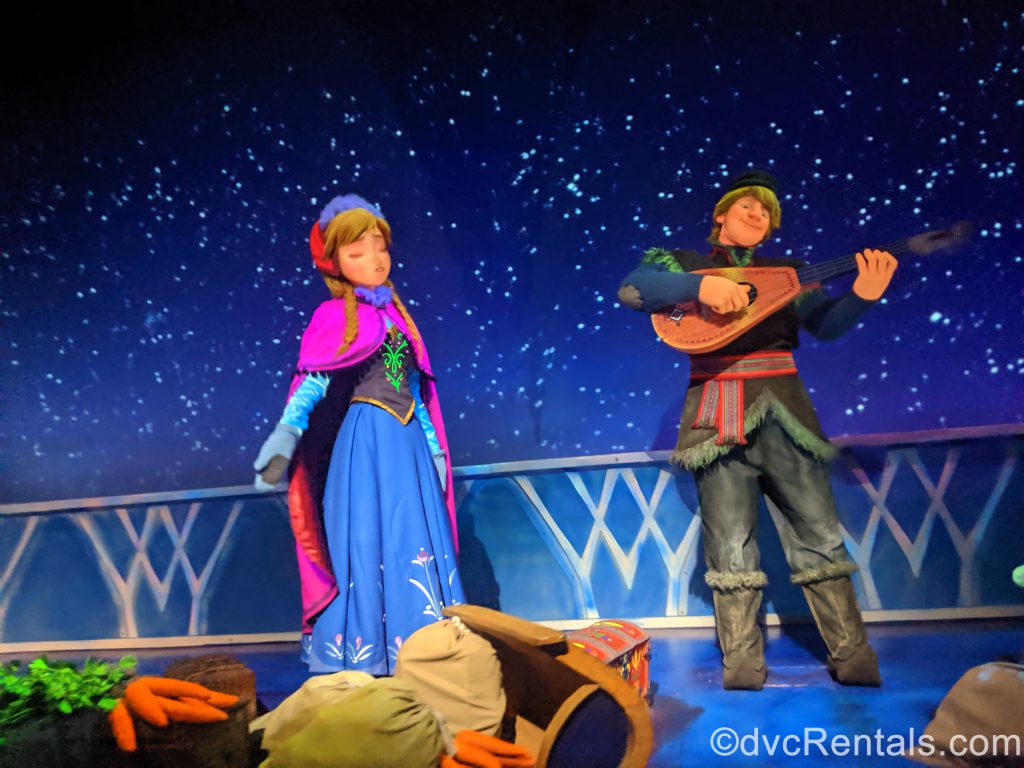 In 2006, the most expensive rollercoaster project the world had ever seen was opened to the public: Expedition Everest, Animal Kingdom’s newest flagship thrill ride.  Inside Disney’s largest mountain was their largest and most powerful animatronic ever – The Yeti. 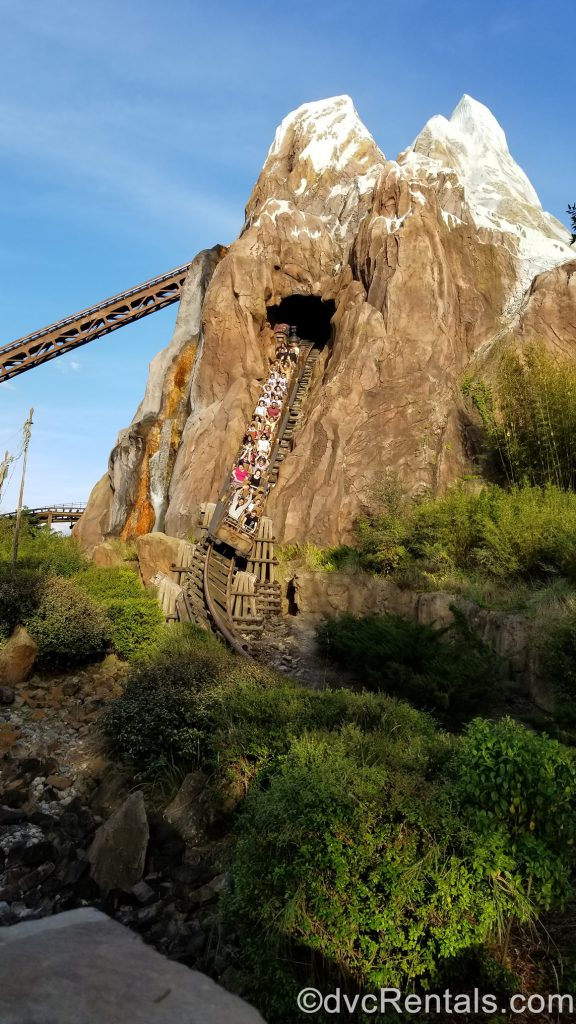 The Yeti inside Expedition Everest is 25 feet tall, and allegedly has the force of a 747 jumbo jet in one arm. The most complex animatronic ever designed by Disney’s Imagineering, she is perhaps more famous for what she couldn’t achieve. Shortly after opening in 2006, the figure framing of the Yeti split and threatened to malfunction; catastrophically endangering the rest of the structure. As the mountain had been built around the Yeti, 40 feet or so off the ground, there was no way for Imagineers to access her to repair this malfunction without dismantling a large section of the ride, and shutting down Expedition Everest for a long time. The difficult decision was made to place the Yeti in ‘B’ mode – where a series of flashing strobe lights are mimicking her movement that has earned her the affectionate nickname of ‘Disco Yeti’ among fans. 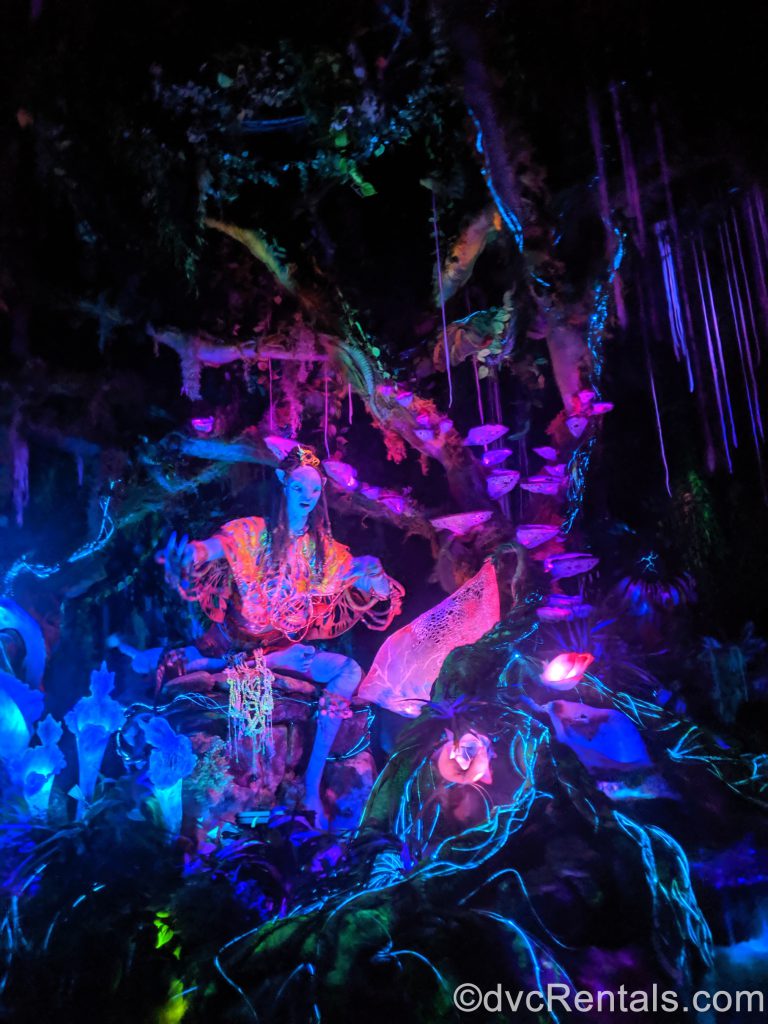 From Lincoln in 1964, the development of Audio-Animatronics has constantly moved up and up. Each new project always more innovative and creative than the last. None more so, perhaps, than the Shaman of Songs. Opened in 2017, Animal Kingdom’s Pandora gave us new and exciting rides, experiences and technologies – and whilst its sister ride Flight of Passage may often steal the show; the Na’ vi River Journey hides a hidden gem in the form of the Shaman of Songs; Disney’s most advanced Audio-Animatronic to date.

During her development, Imagineers had to develop over 20 entirely new processes to achieve the outcome you can see today and is touted as the culmination of the evolution of Disney’s classic animatronics, calling back to old-school rides and nostalgia by using brand-new technology. The weight and realism with which she moves could be mistaken for computer-generated animation, however, cannot be mistaken for such up close. Her motions were captured digitally from a live actor and programmed in her down to the very tips of her fingers, in the very same way they filmed the original movie, ensuring that, so long as you suspend your disbelief and forget you’re on Earth, it is very easy to mistake her for a living, breathing and singing being. 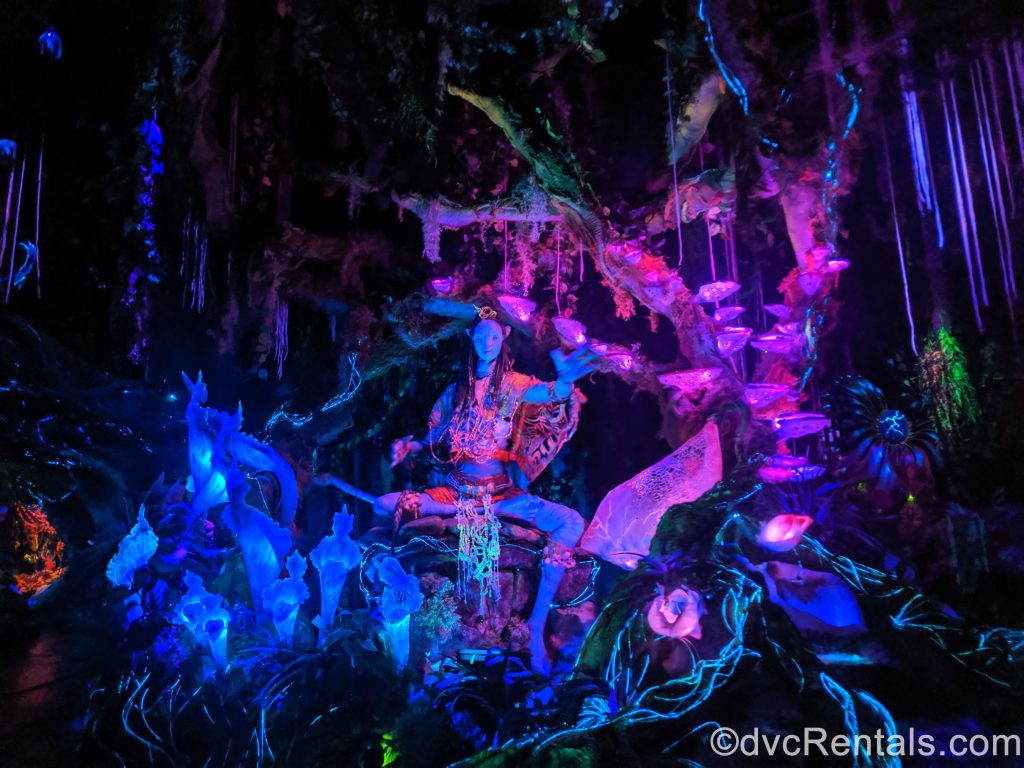 Today, Imagineers continue to work on advancing their Audio-Animatronic technology, and the majority of work is kept locked up under utmost secrecy. Tokyo Disneyland are developing brand new ‘animated’ animatronics for their Beauty and the Beast ride, which surpass even those of Frozen Ever After. And who knows what is next? Some have even begun speculating that the next step will be animatronics that could do live stunts for guests whilst on parade!

The future is now, and it is very exciting indeed. 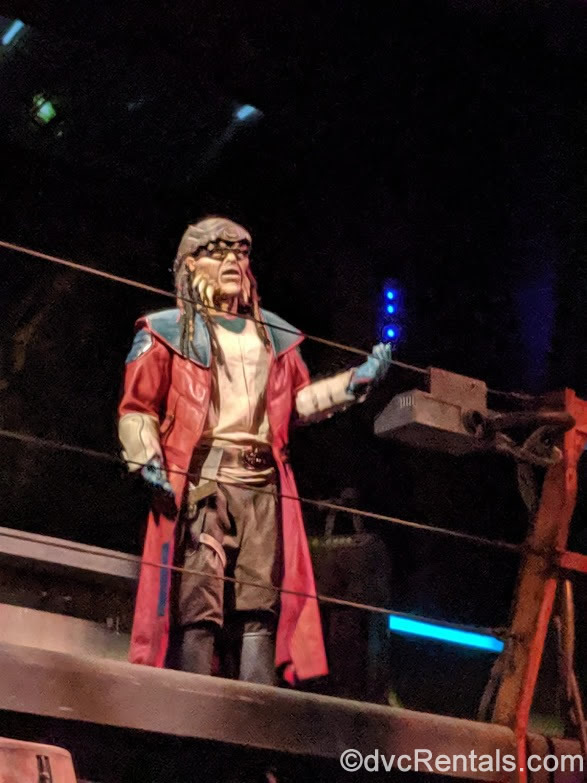 In the end, Disney simply wouldn’t be Disney without its robotic cast of creatures and characters, and they are just one of the reasons why Disney’s rides and attractions have such enduring appeal. Everyone has their favorites, and many of the animatronics are so iconic that they have become beloved characters in their own right! The Ghosts from the Haunted Mansion have their own merchandise line and even got their own movie; and ‘Red,’ the redheaded captive-turned-pirate from the Pirates of the Caribbean, now has her own face character to meet and greet visitors at Disneyland. 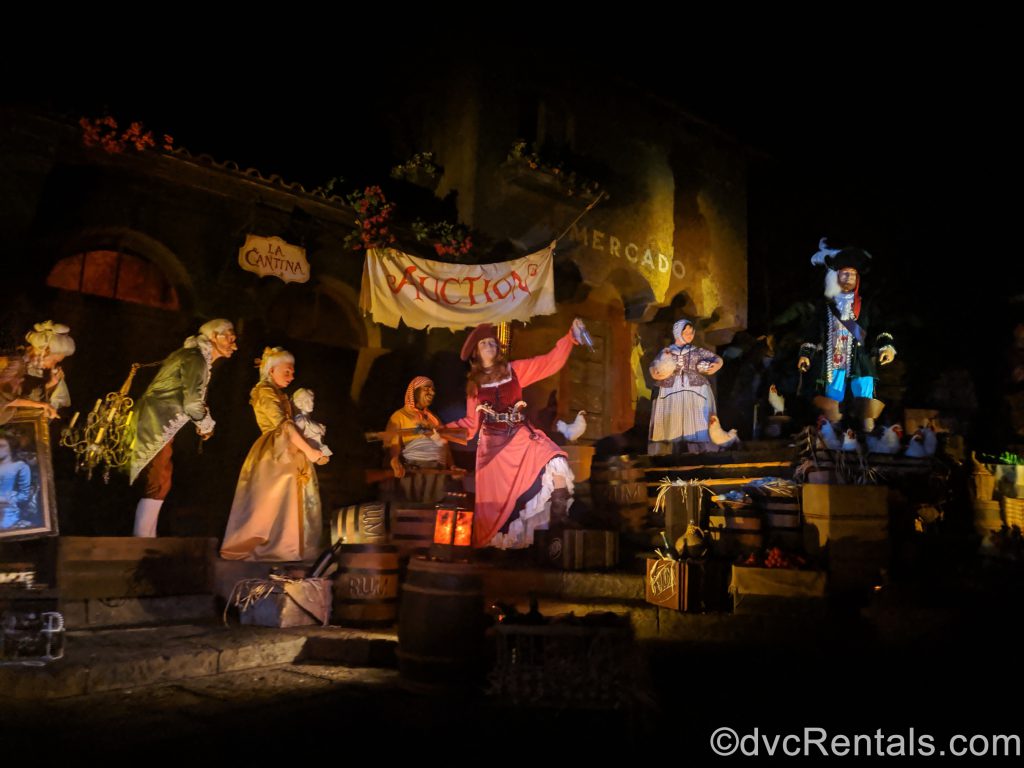 Every morning, as the Princesses put on their glass slippers and the Parks begin to wake, the Cast Members see to each Audio-Animatronic; styling their hair, touching up their blush and straightening their clothes, so that they are ready to greet the millions of visitors they delight each day. 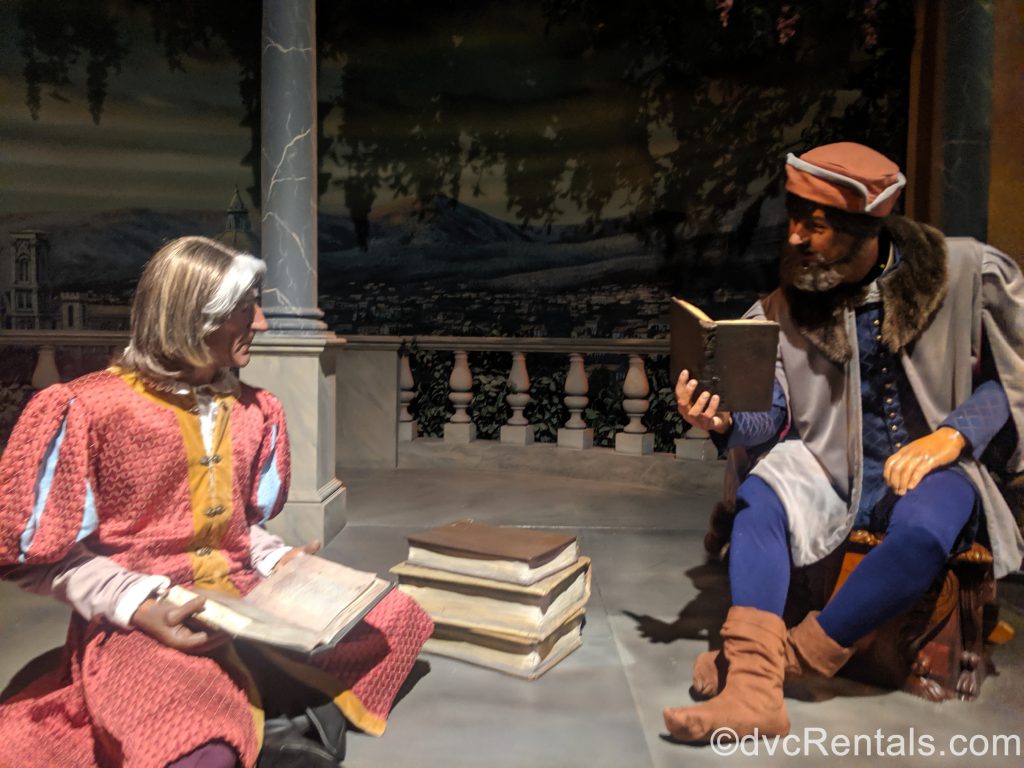 The next time you visit the Disney parks, take some time to say hello to some of these iconic creations – after all, they truly are a product of real Disney magic! 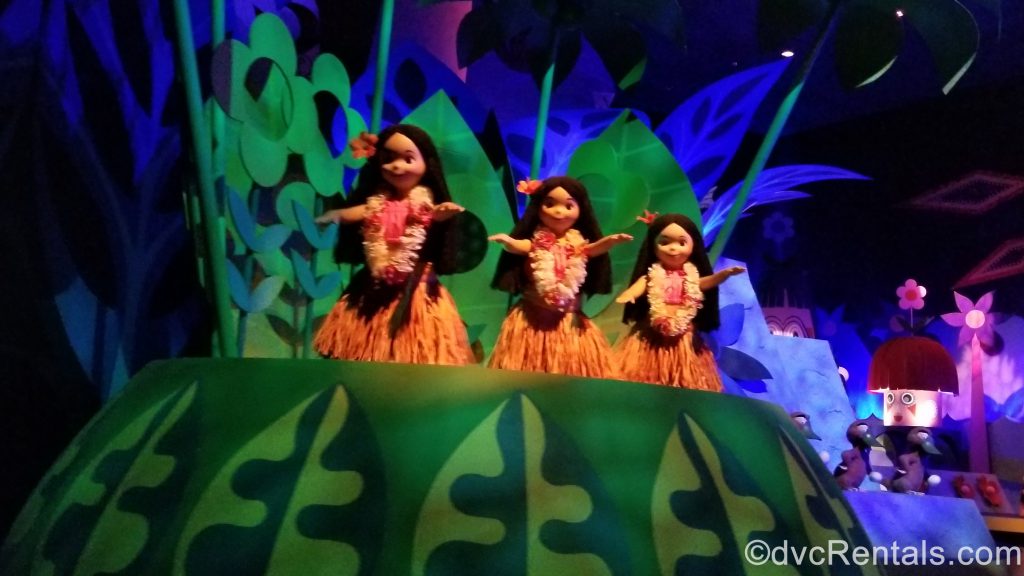