While it is probably as far from a thrill ride as one can get, the Swiss Family Treehouse is a fun and interesting attraction with a great backstory. 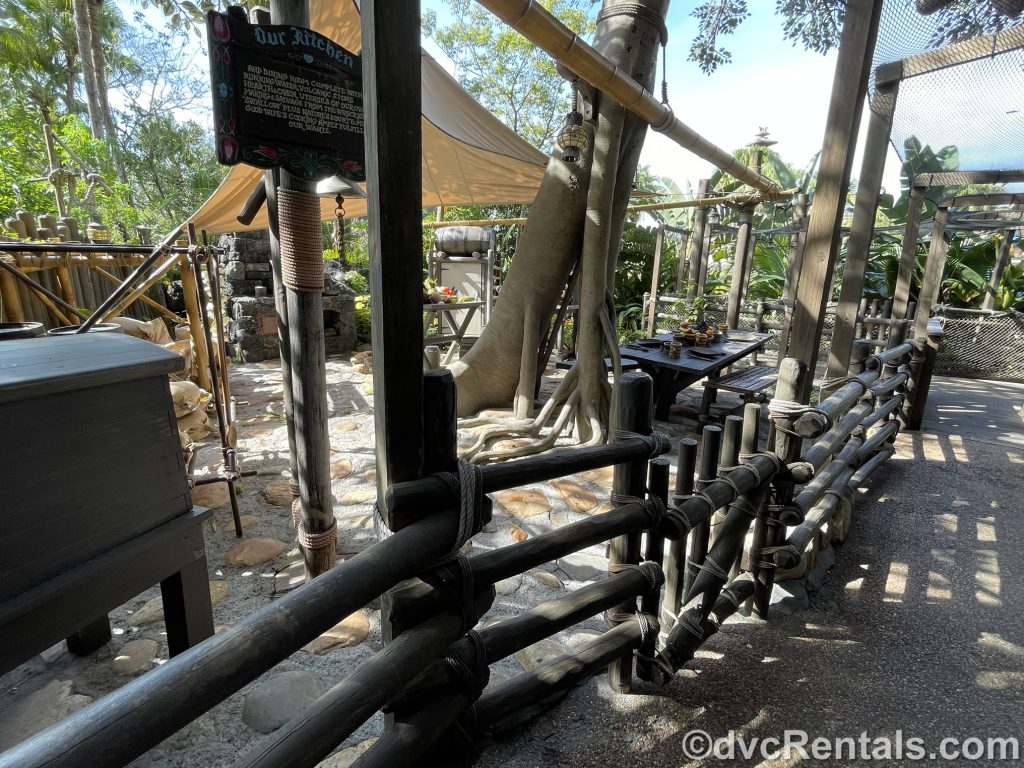 An opening day attraction at Walt Disney World on October 1, 1971, and located in Adventureland at the Magic Kingdom, the treehouse has remained almost exactly the same to this day, soon to be 50 years later. As it first originated at Disneyland in California in 1963, we know that Walt gave his seal of approval to the attraction, as he was still very much alive at the time. The Disneyland version has since been remade into Tarzan’s Treehouse; this blog will discuss the Disney World version.  As an FYI, there are also Swiss Family Treehouses at Disneyland Paris and Tokyo Disneyland. 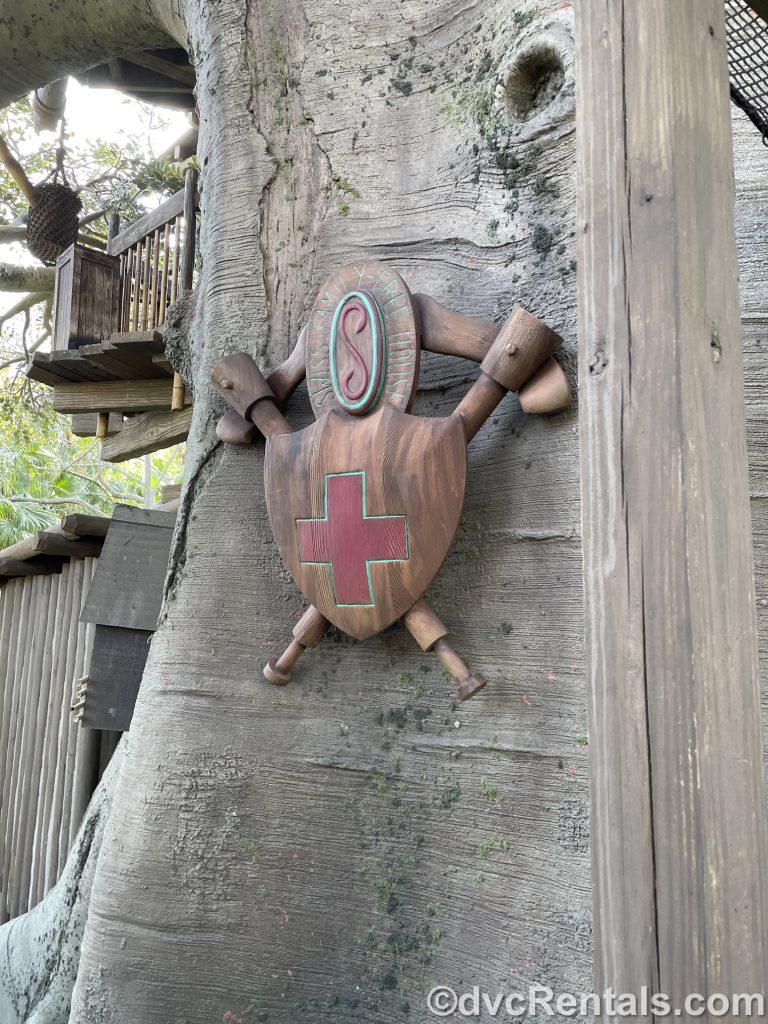 There is rarely a wait for this attraction, as many guests either pass it by or don’t want to climb the steps. Sadly, this is one of the few rides at Walt Disney World that is not accessible for folks who cannot walk up steps; there are over 100 stairs. It is not a difficult climb, and there are many spots to linger and wait if you or a little one needs a rest while going up. 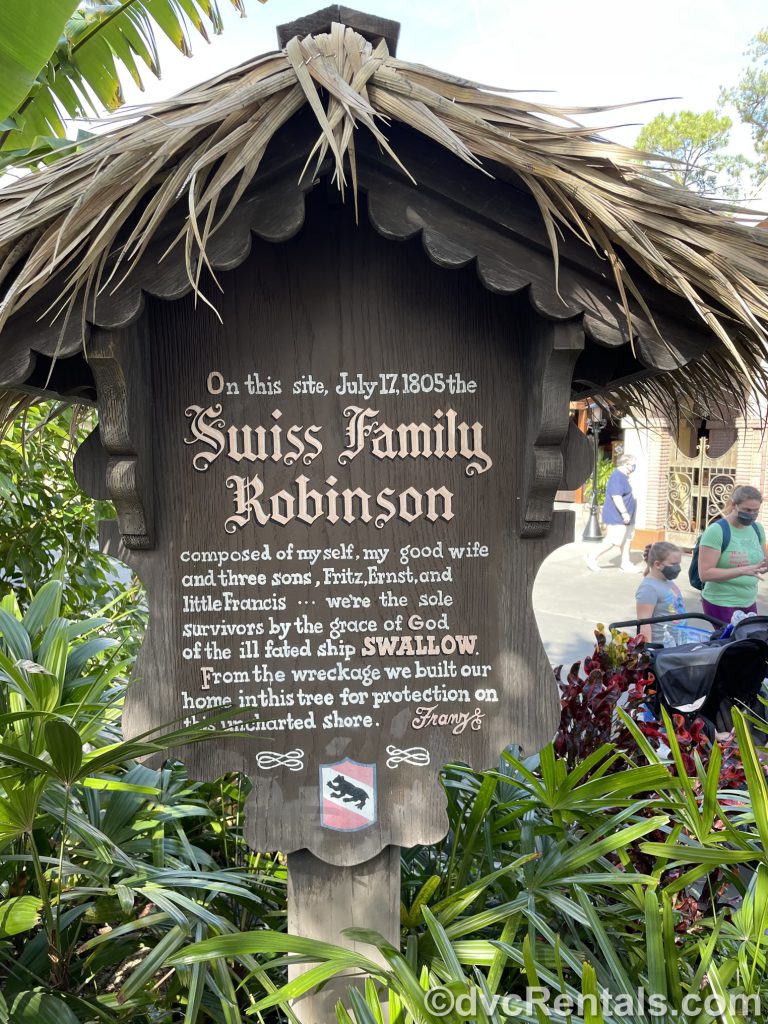 The original treehouse is based on the live-action Disney film Swiss Family Robinson that premiered in 1960. The film was based on the 1812 Johann David Wyss novel of the same name. The tree itself is an Imagineering marvel.  Its trunk, leaves, and roots are all manmade. The tree has 1,400 limbs and 300,000 plastic leaves. It measures 90 feet high, 60 feet wide, weighs 200 tons and is made from steel, stucco, and concrete. The “roots” are 42 feet underground (the equivalent of a 4 story building) to ensure the stability of the tree, and the canopy is 90 feet in diameter.  The only part of the tree that is real is the Spanish moss that is draped over the branches. Disney has a special name for their creation, “Disneyodendron eximus,” which translates to “out of the ordinary Disney tree.” Fun Fact: The tree is actually classified as a building. This is because of the requirements of certain building permits. 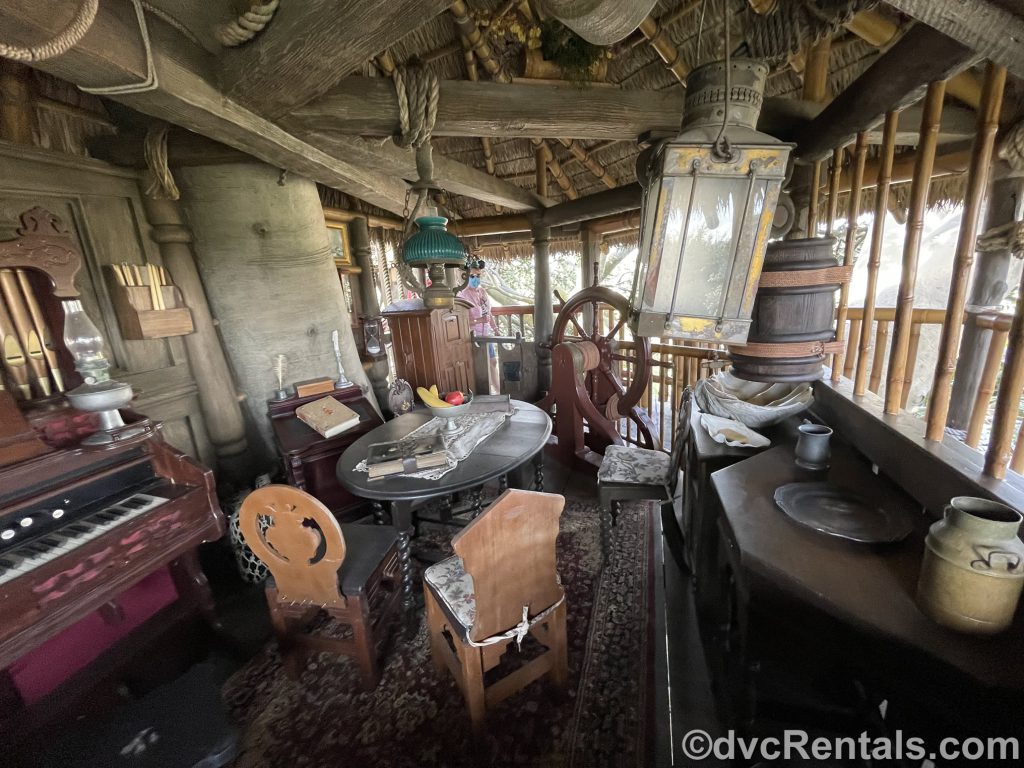 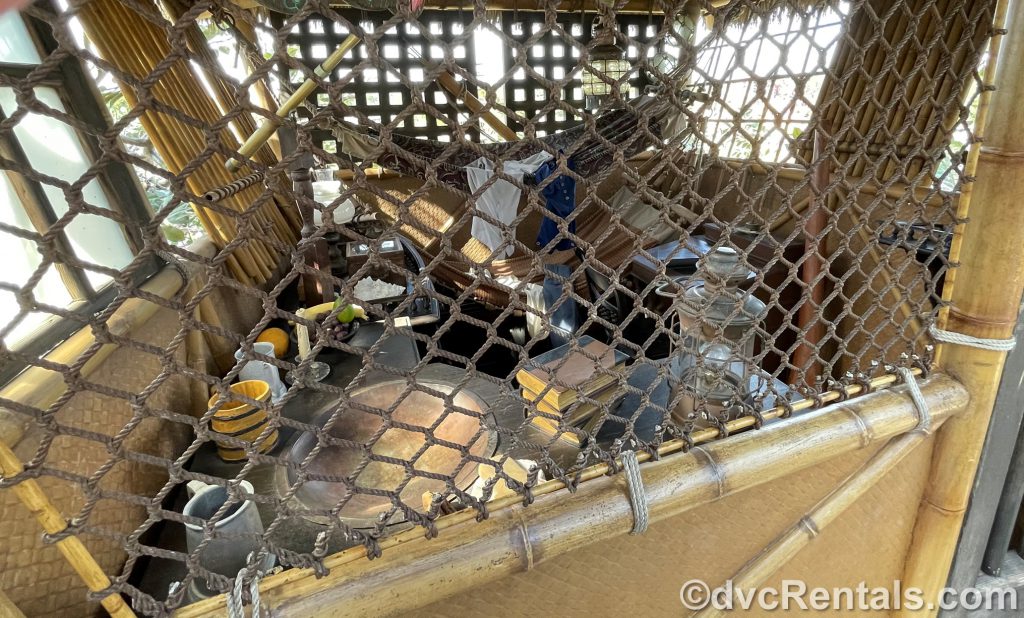 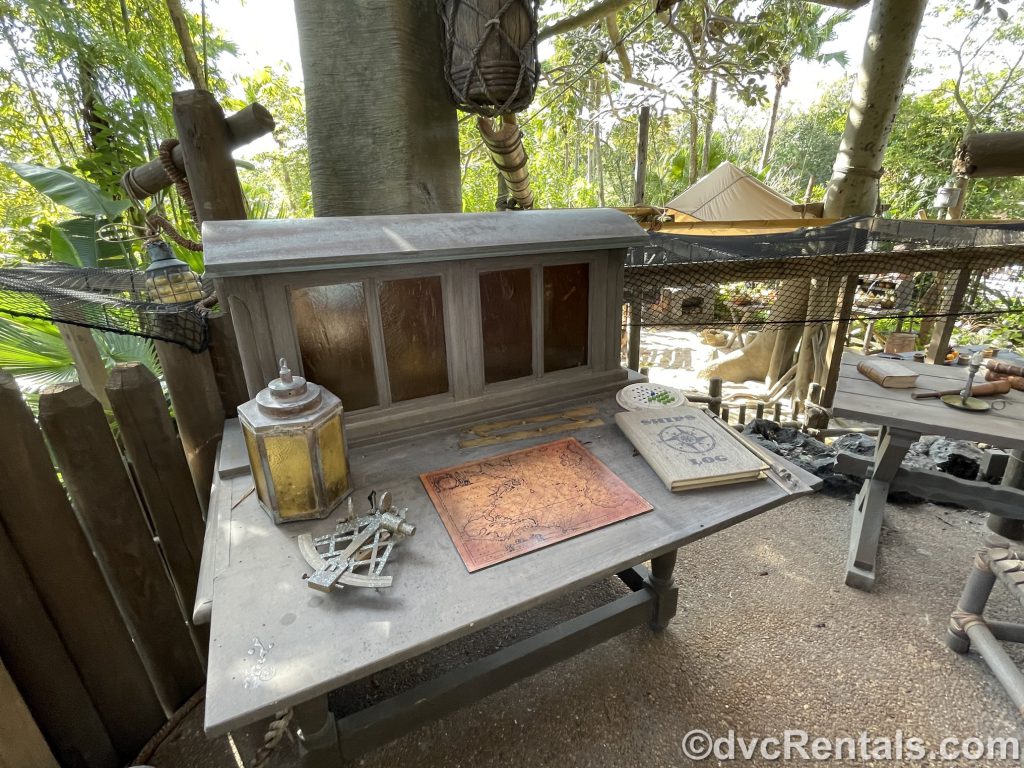 The treehouse itself is a copy of the one seen in the live-action movie mentioned above. 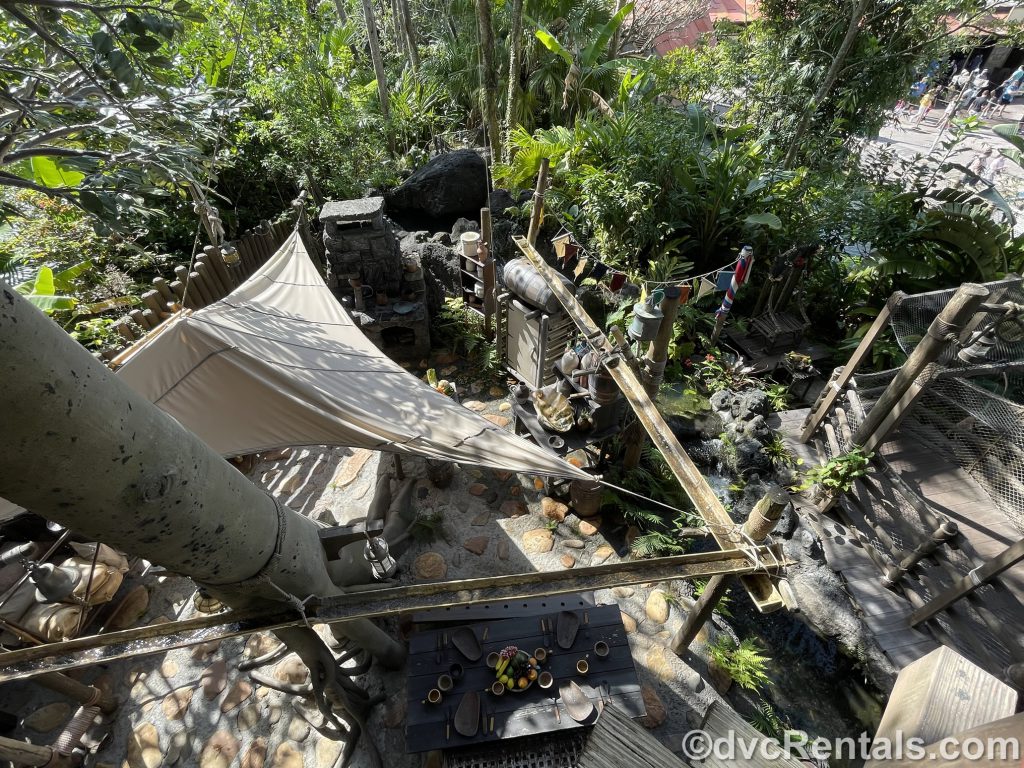 The Robinsons, consisting of a family with a mother, father, and four sons, end up on an island after being shipwrecked. They use items from their ruined boat to make a comfortable abode in the tree, safe from wildlife that lives on the island. 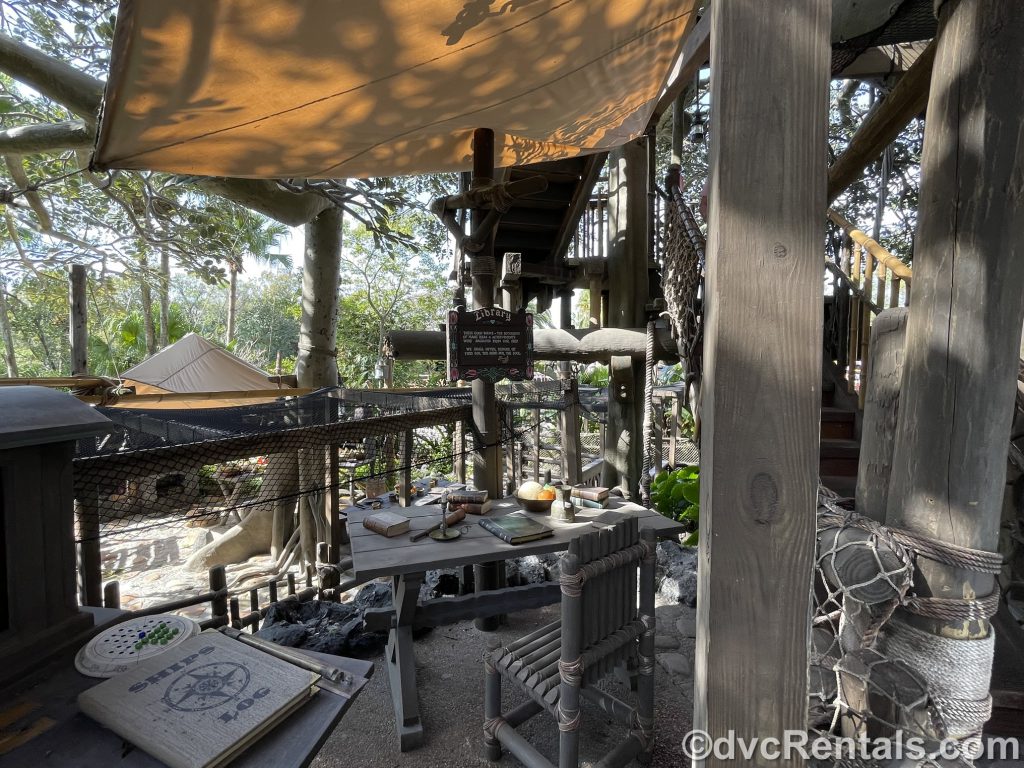 The attraction is wonderfully themed from the treehouse in the movie. Guests who have seen the film will get a real kick out of seeing it come to life at The Magic Kingdom. There are bedrooms with real beds, a kitchen, tables with place settings like the family is going to come and sit down for a meal at the table, and more. Plaques in front of the rooms describe the Robinson family’s life in journal form. There is even an organ that was rescued from the ship, so the family can enjoy music.  Guests passing by the room with the organ are treated to a tune entitled “Swisskapolka,” written by Disney Legend Buddy Baker. The treehouse is filled with items salvaged from the shipwreck, and it’s more than worth the time to venture through the house slowly to notice all of the details. If, however, you want to see the house but not linger too long, a complete walkthrough takes approximately 15-20 minutes. 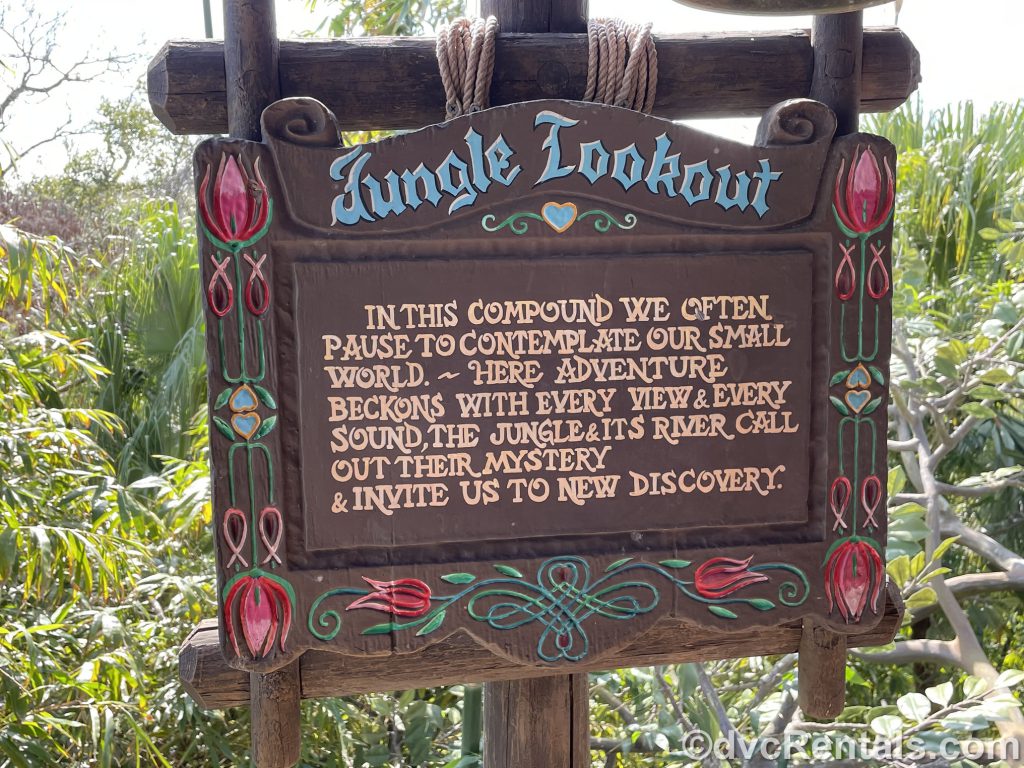 A guest favorite (and it’s also seen in the Disney movie) is a really cool water pulley system that moves water from the ground up to all the rooms in the treehouse. You see the system at the very start of your journey near a large water wheel and continue to see it all through the attraction.  Keep your eyes open for water troughs and pipes as they travel from the water wheel, go up the tree, and come to an end at the family kitchen. 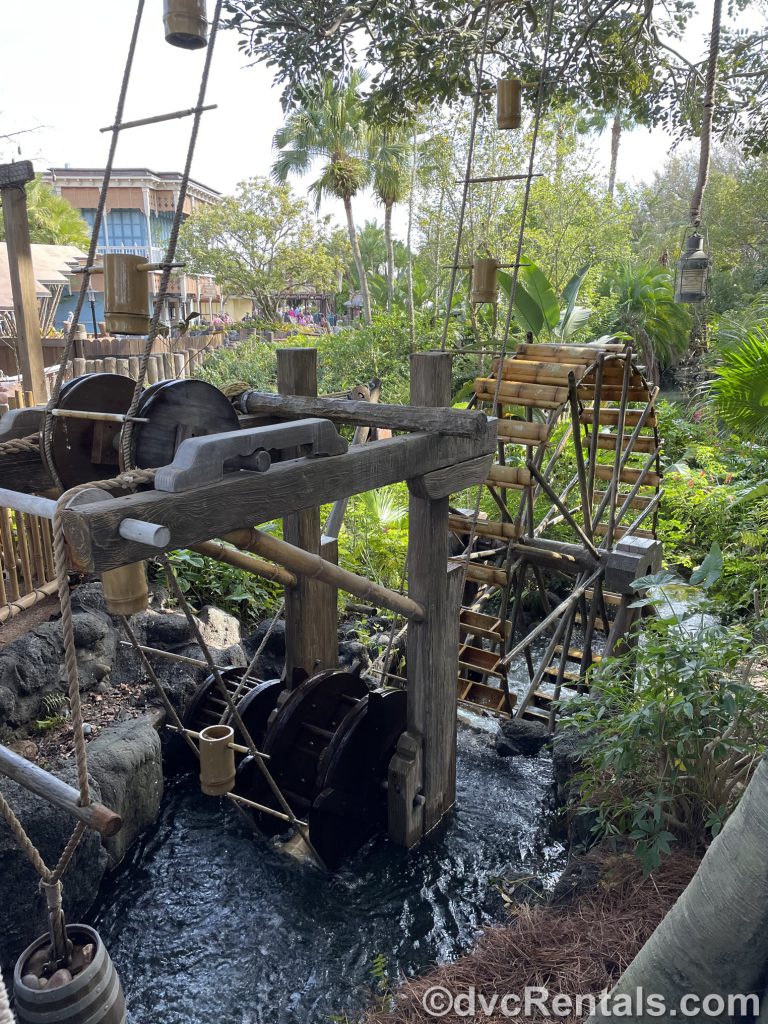 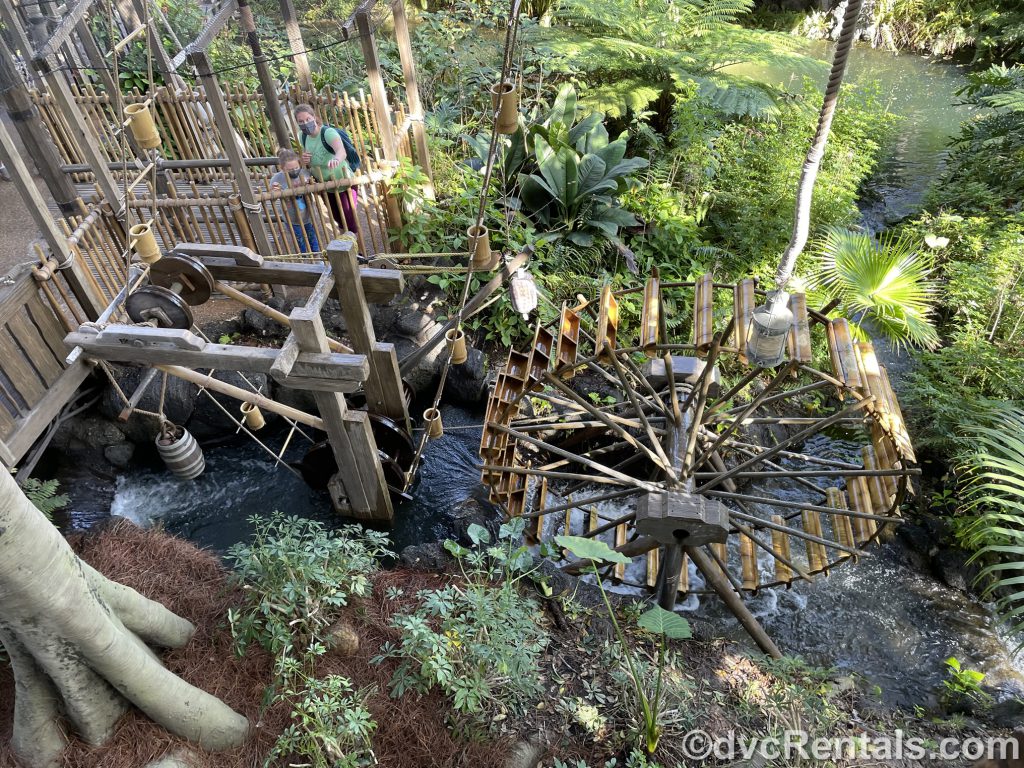 Besides enjoying the treehouse itself, there is a bonus to be had for guests who climb up.  When guests ride Dumbo or Flying Carpets of Aladdin, they see a bit of an aerial view of the Magic Kingdom. But the view from the treehouse is spectacular at the summit. At the top, you can look down at Cinderella Castle and Space Mountain in one direction, and Splash Mountain and the Tiki Room building if you look the other way. It really is an awesome view and a wonderful photo opportunity. 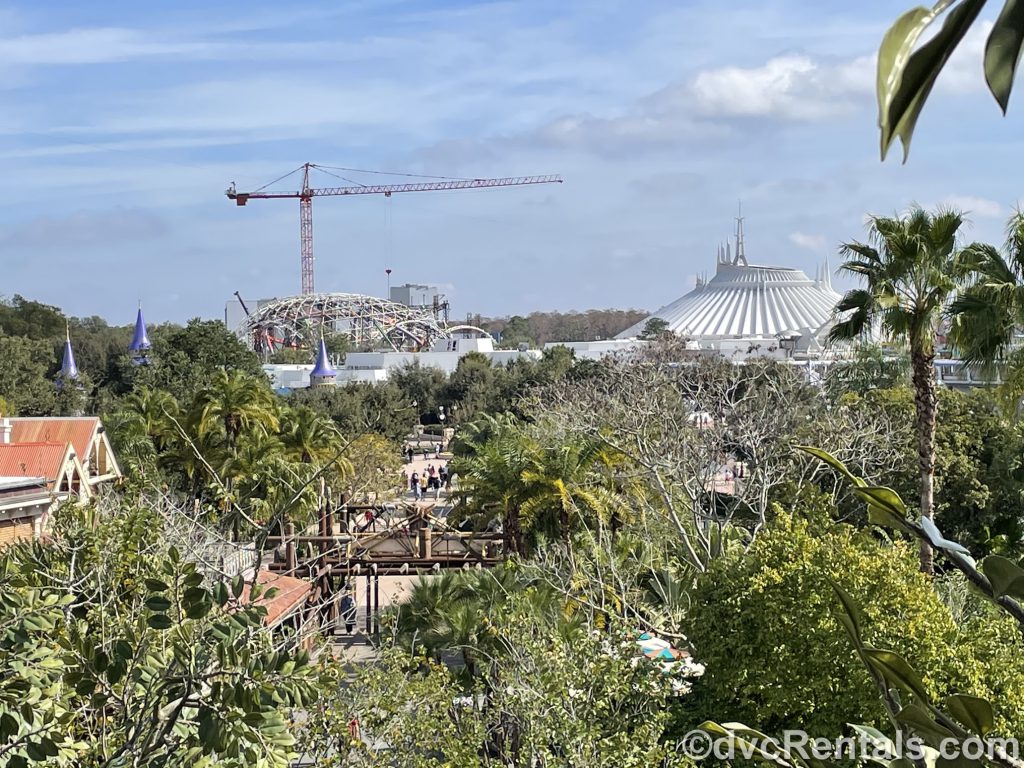 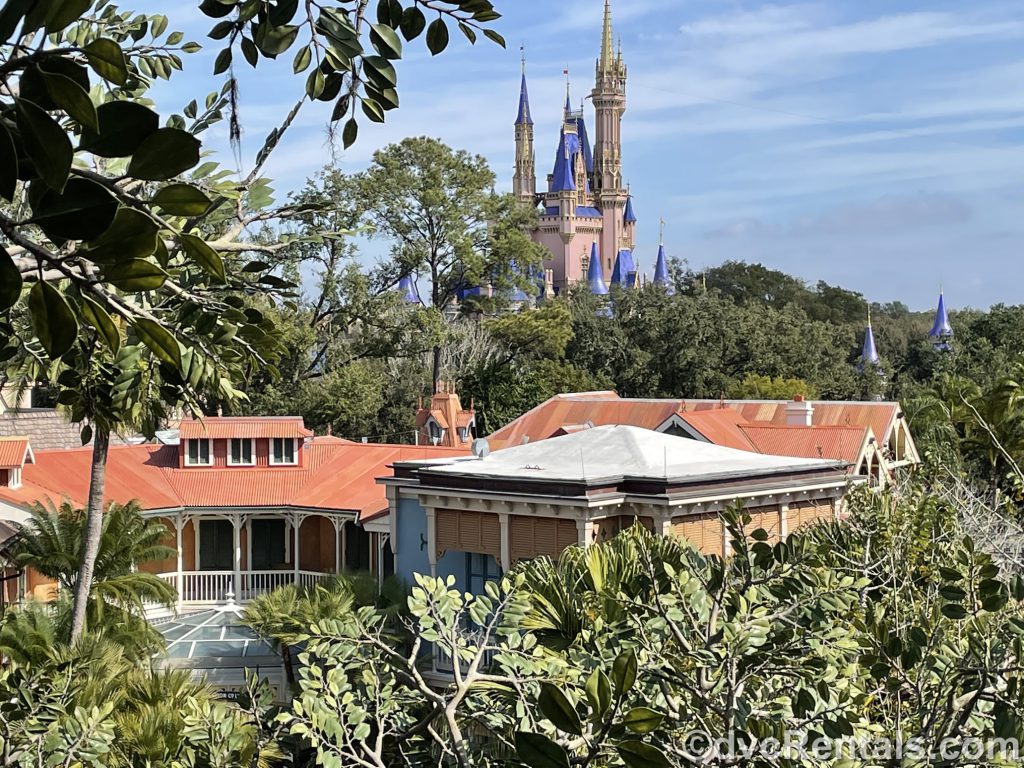 If I was ever shipwrecked, this would be a fine place to await rescue! If you have not seen the film Swiss Family Robinson, I highly recommend watching it. You’ll appreciate the attraction at the Magic Kingdom even more if you see the movie. 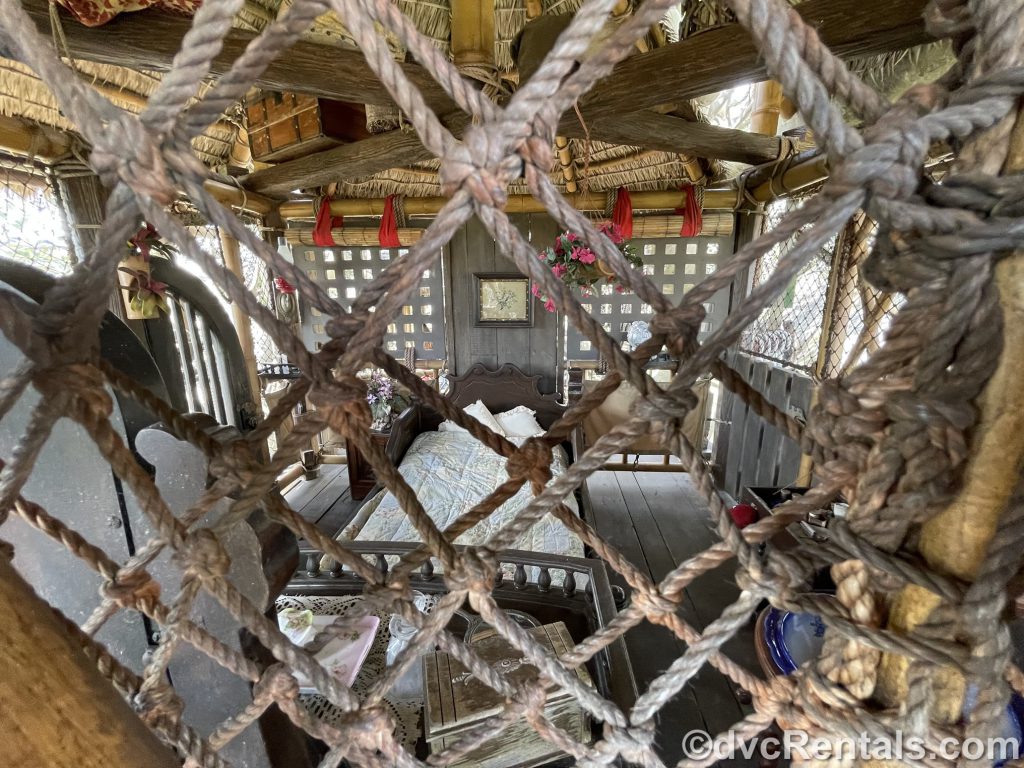 I hope those of you reading this who may have passed by the attraction or not experienced it in quite a while give it a try.  Try to take your time and catch all the glorious details the Imagineers put into the Swiss Family Treehouse.  It is an engineering marvel, as well as a fascinating storyline. And in my humble opinion, any attraction Walt approved is a must-do at least once! 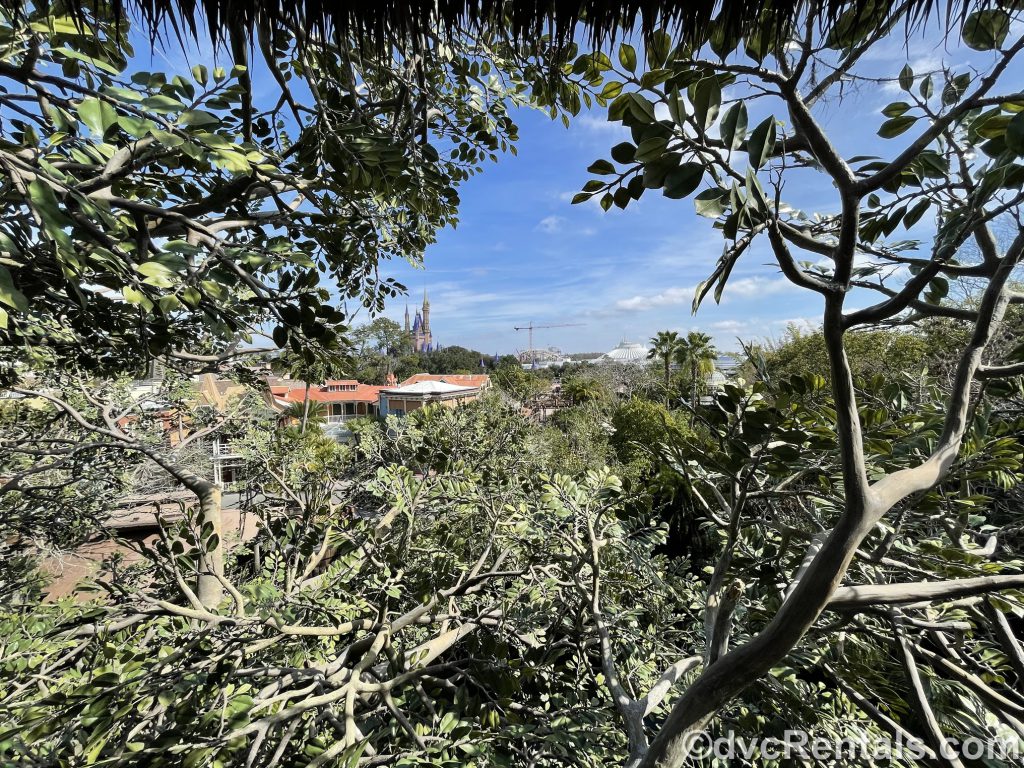