It’s certainly been quite a year. When Walt Disney World closed in March, most people believed it would be short-term, and things would go back to normal soon. As we now know, the parks remained closed until mid-July, and even when they did re-open, it was a different experience for both guests and Cast Members alike. 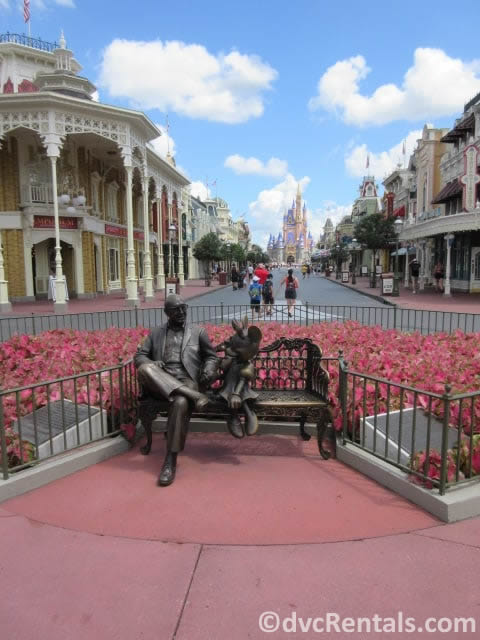 I have no health problems; however, I am in one of the more at-risk groups, as I am 65. I was hesitant to go back to Walt Disney World. I did not know what to expect or how I would feel. I knew from reading online that Disney had safety rules in place, yet I was cautious whether guests would follow the rules or if Cast Members would be overwhelmed trying to enforce them. 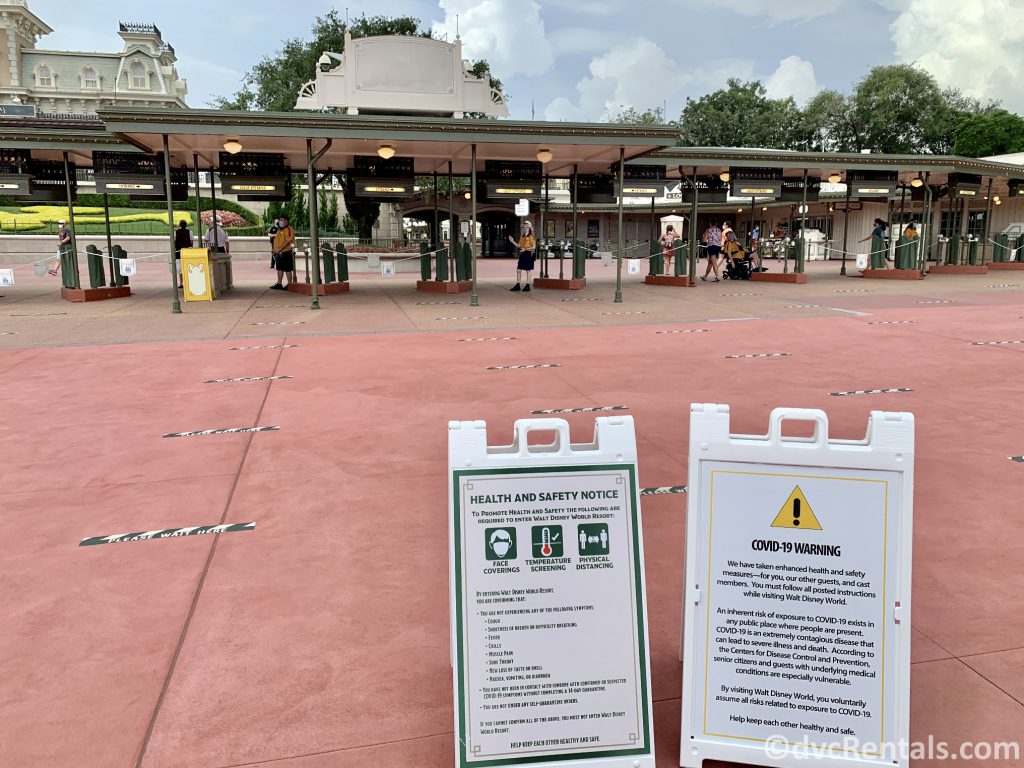 As most of you know, reservations are now needed to get into any of the Walt Disney World theme parks. The reservation system and how to use it can be found here: https://disneyworld.disney.go.com/experience-updates/park-reservations/. I decided to try for Epcot on July 16 and was successful in getting a park reservation that day. 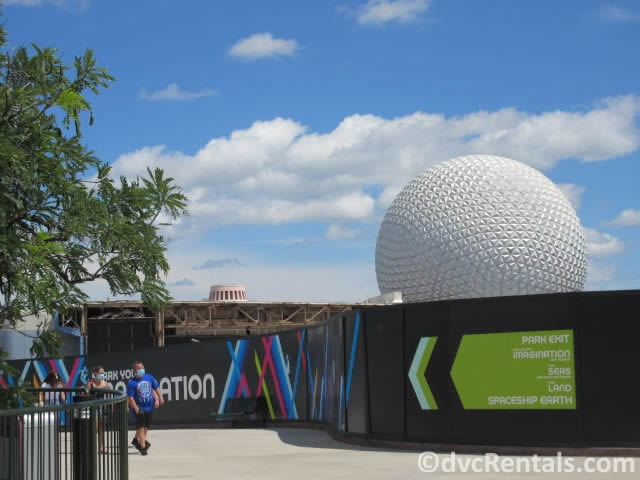 I went with my friend Elaine. Upon arrival, we saw signage at the front of the park listing symptoms of Covid-19 and informed guests if they had any of them, they should not enter. Other signs said masks were mandatory and must be worn at all times unless seated and eating or drinking (later, this was amended to clarify that masks must cover both mouth and nose). 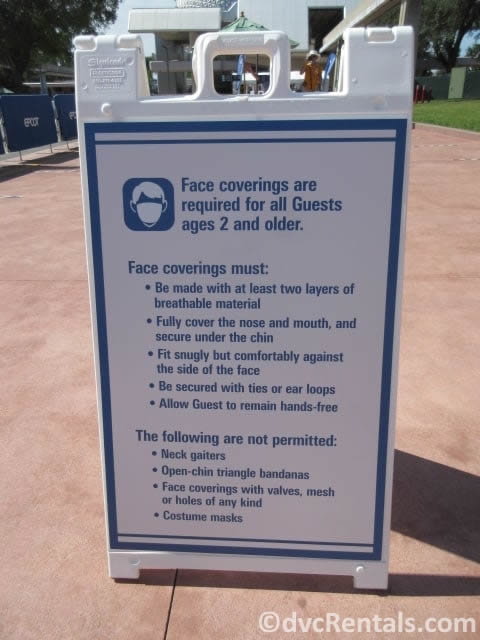 Everyone had to have their temperature taken before being admitted. As there were many Cast Members filling this role, there was no wait. They use an infrared thermometer on your forehead, and it is touchless. 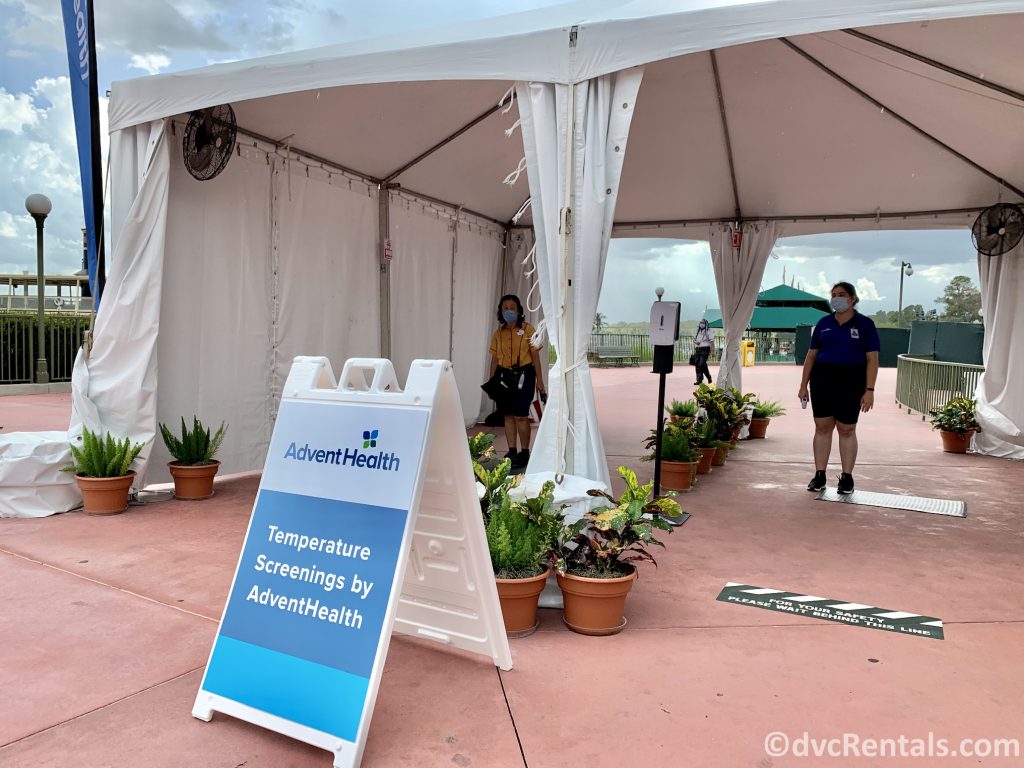 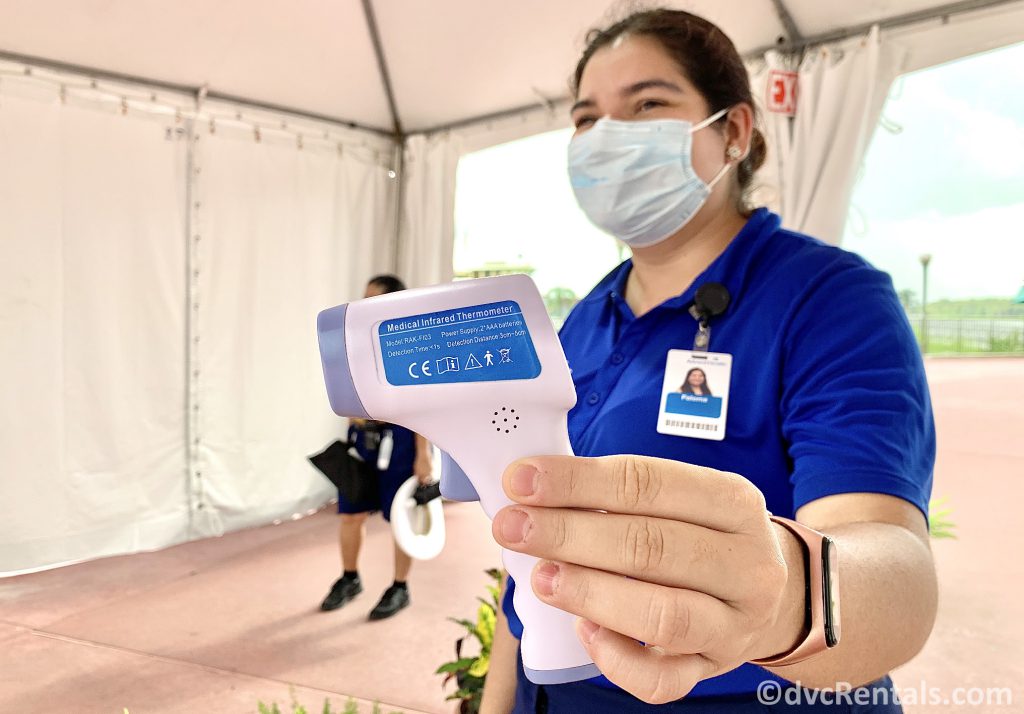 There’s also a new bag check system, where security doesn’t have to rummage through bags. Instead, park security asks you to remove metal objects from your bag/pockets (I had a camera and a portable charger that had to be removed), but you do not have to remove your cell phone from your bag or your pocket. It’s very efficient and very quick.

Lines for attractions were non-existent that day, and weekdays still remained quieter than weekends. Wait times are still less than before the closure, but there can be considerable lines on Saturday and Sunday. 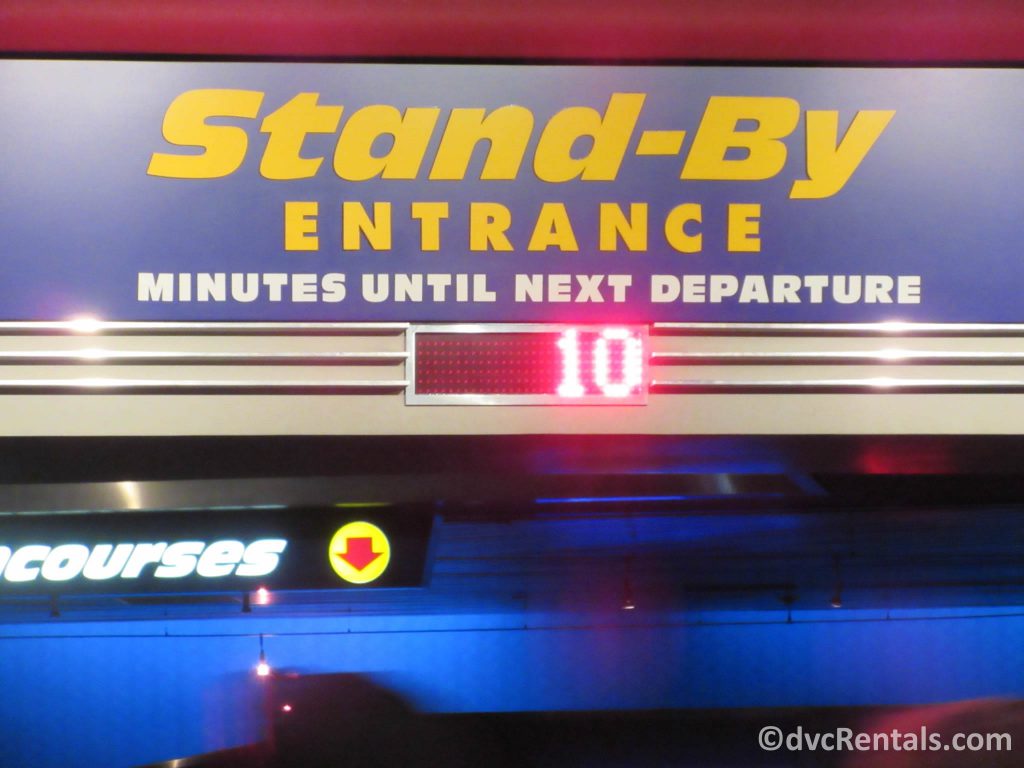 Places you would normally see bottlenecks are much less crowded. For example, the area between Peter Pan and It’s a Small World in Magic Kingdom and the area where the band plays just before you get to the Kilimanjaro Safari in Animal Kingdom. 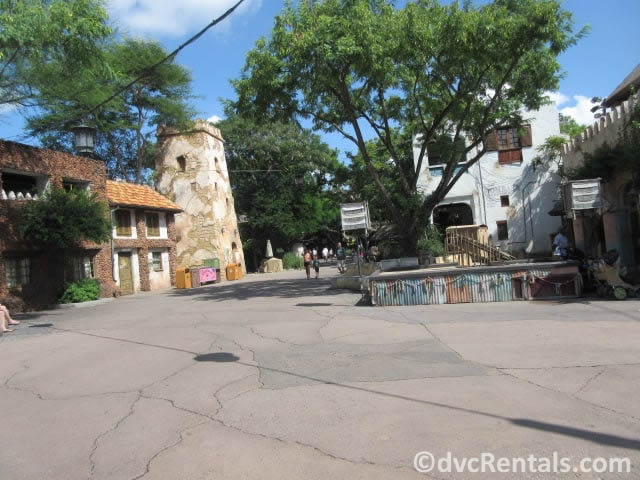 For our first time back, Elaine and I had decided to take a walk around the park to get the lay of the land. We were happy with what we saw. Distance markers were everywhere that there was a queue. 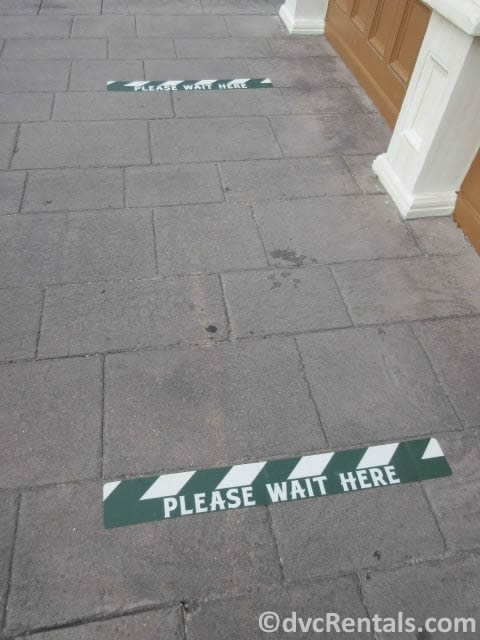 Guests we saw were complying with mask rules. Stores that were too small to enable safe distancing were closed. Announcements were made regularly over loudspeakers, reminding guests to comply with the new rules. There were hand sanitizing and handwashing stations everywhere. 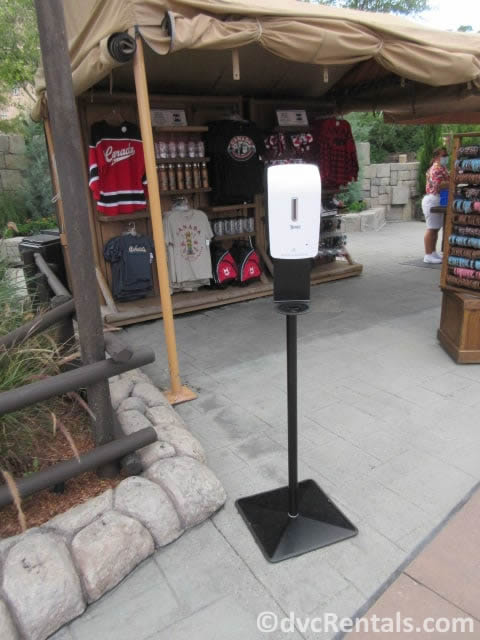 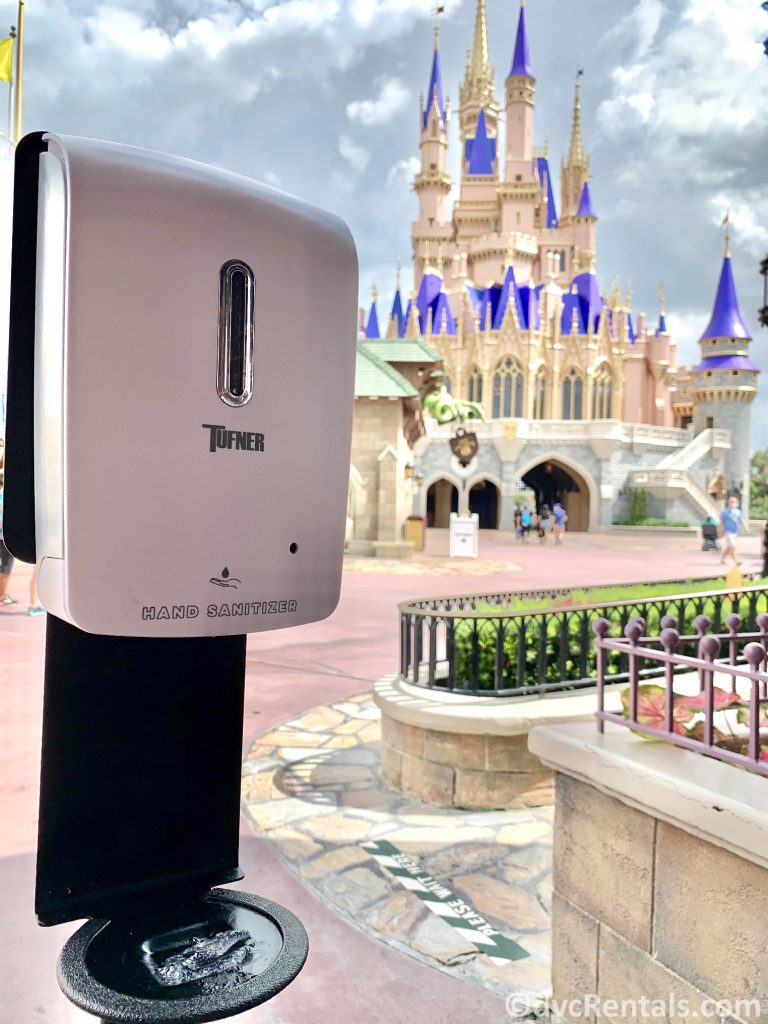 By the end of our walk, we decided we would go on some attractions next visit. This is a personal decision, of course, and we agreed we would give it a try. We initially were reluctant to do any “theater” type things, such as Philharmagic. But we took a chance, and we were pleasantly surprised. They have entire rows blocked off, as well as seats within the rows that are blocked, so no guests (except those visiting together) sit too close to each other. 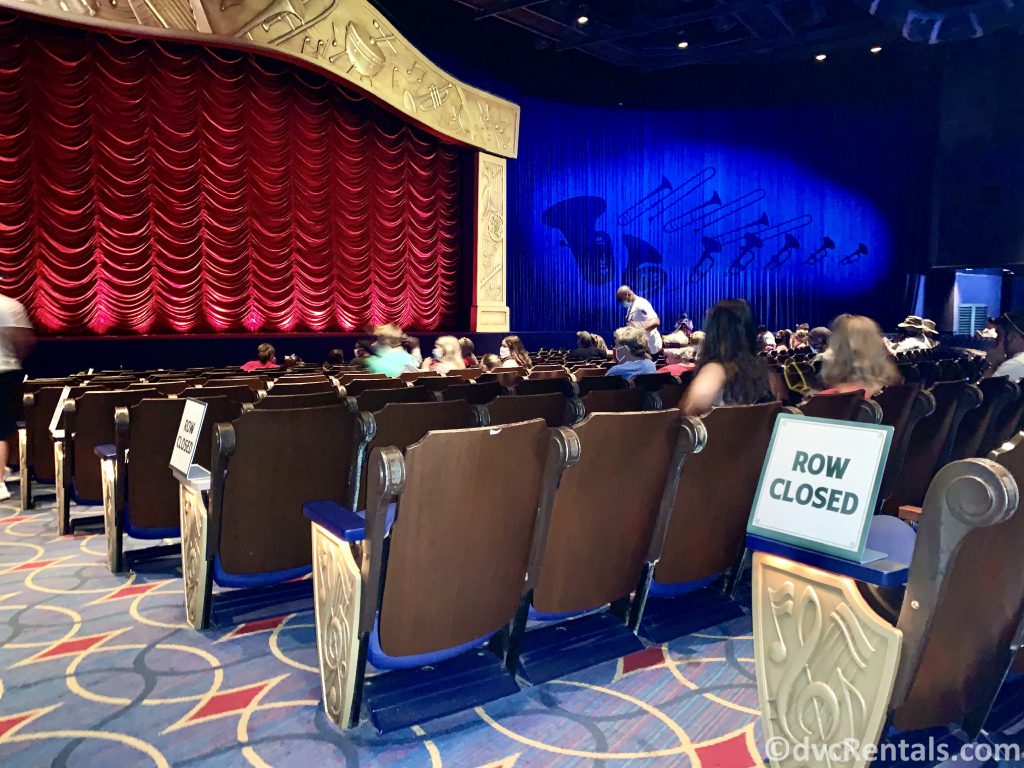 This was the case on other attractions, such as the train ride to Conservation Station and It’s Tough to be a Bug in Animal Kingdom. Rides like Living with the Land at Epcot and the Kilimanjaro Safari at Animal Kingdom have clear shields installed between rows. 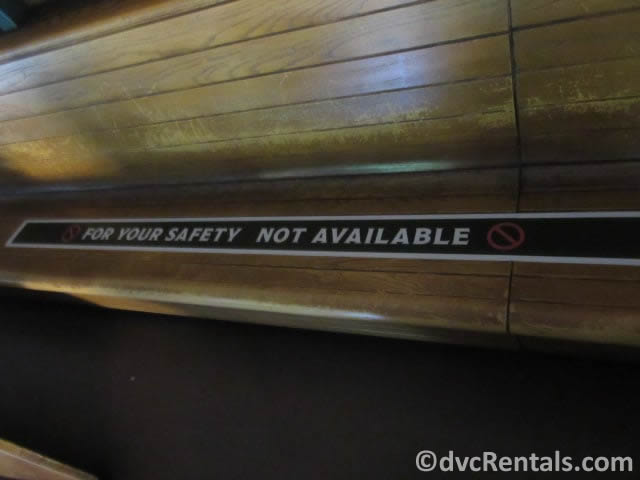 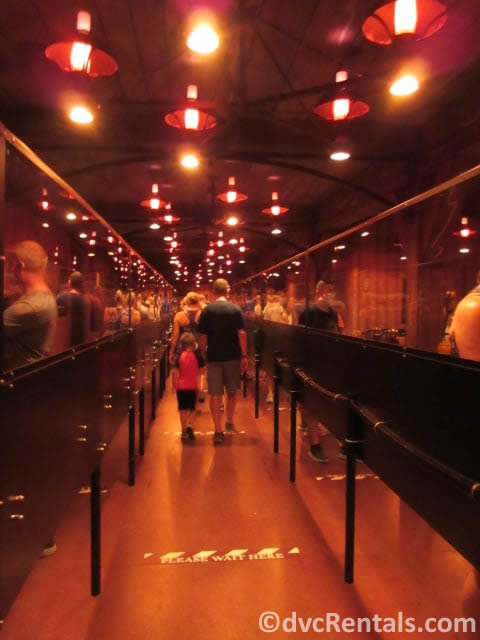 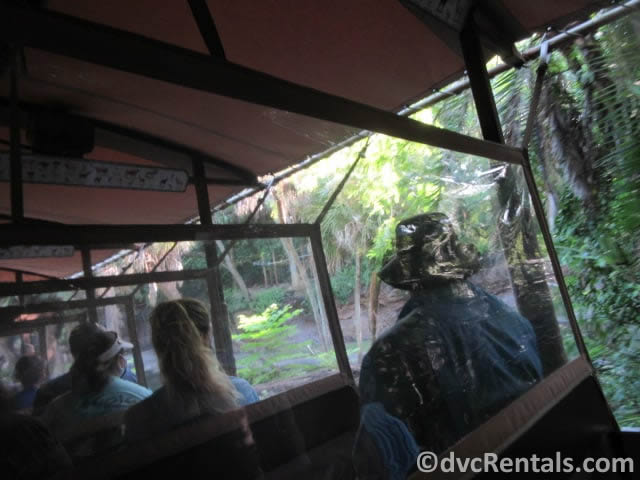 I must emphasize that the Cast Members DO sanitize the rides regularly. The only times we had to wait in a queue was because the attraction was being cleaned. It takes about 15 minutes for the process to be completed.

As mentioned earlier, the wait times on weekends have been going up since the parks re-opened. I have noticed in the last few visits that even mid-week, it’s getting busier than it was at first. But compared to a normal day at Disney World, there are fewer people and shorter wait times. It’s still best to get there early, as at opening and the first hour or so everything is a walk on. My experience has been that all the parks open about half an hour before their official opening time.

Here’s a list of what to expect if you visit in the near future: 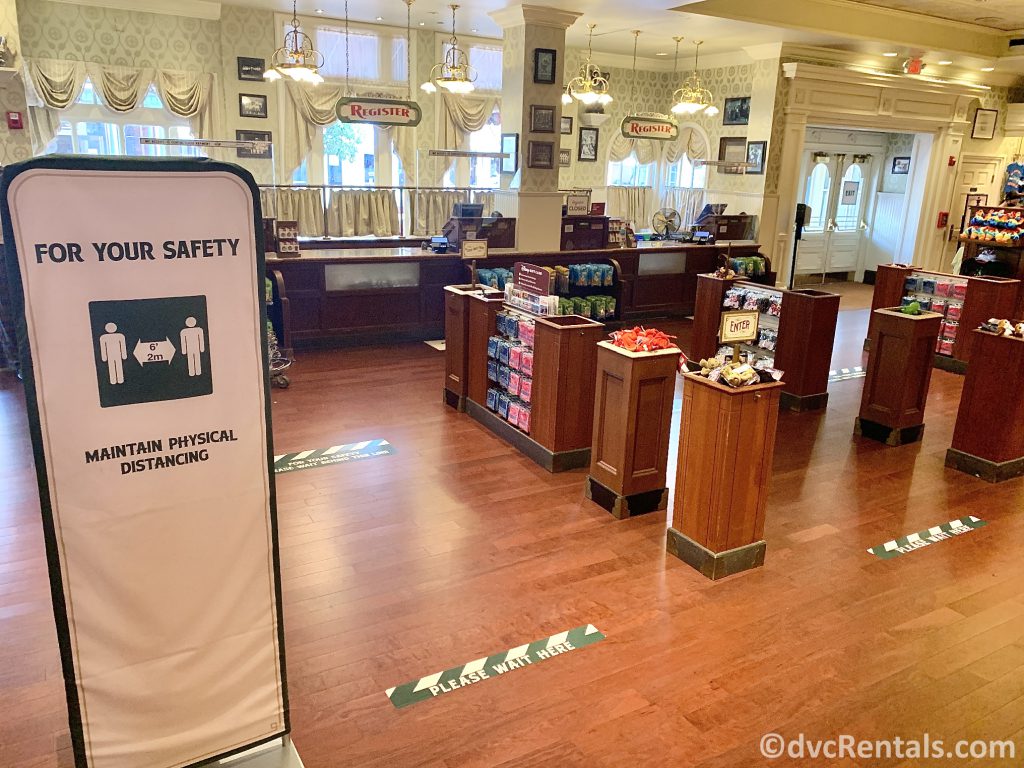 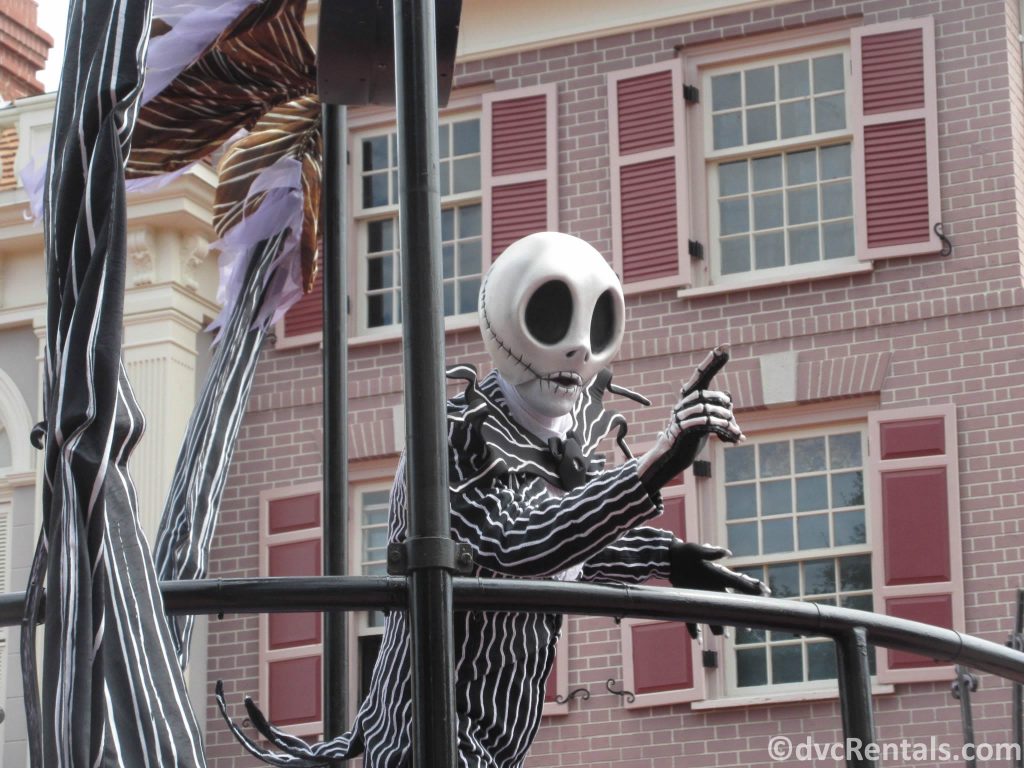 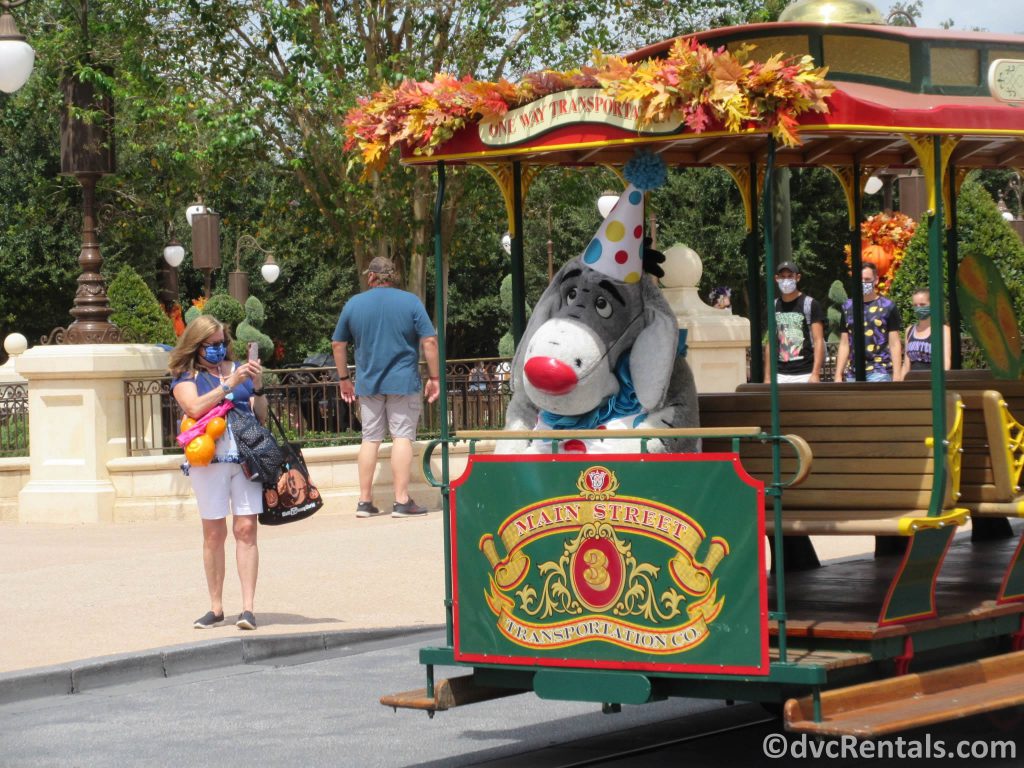 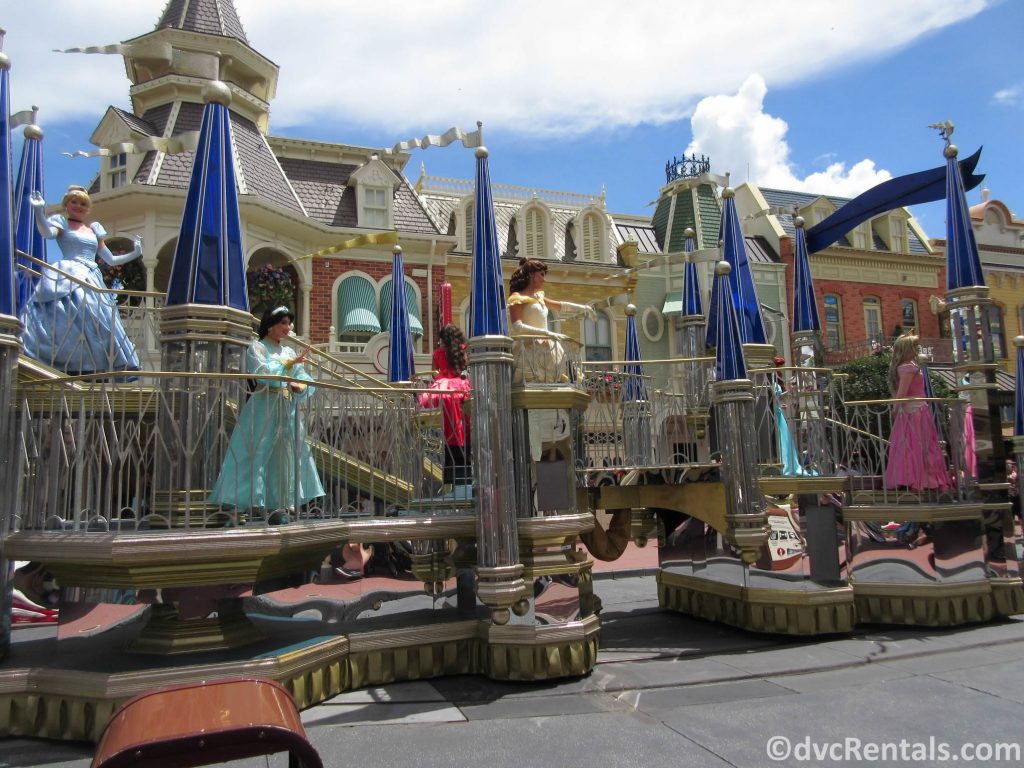 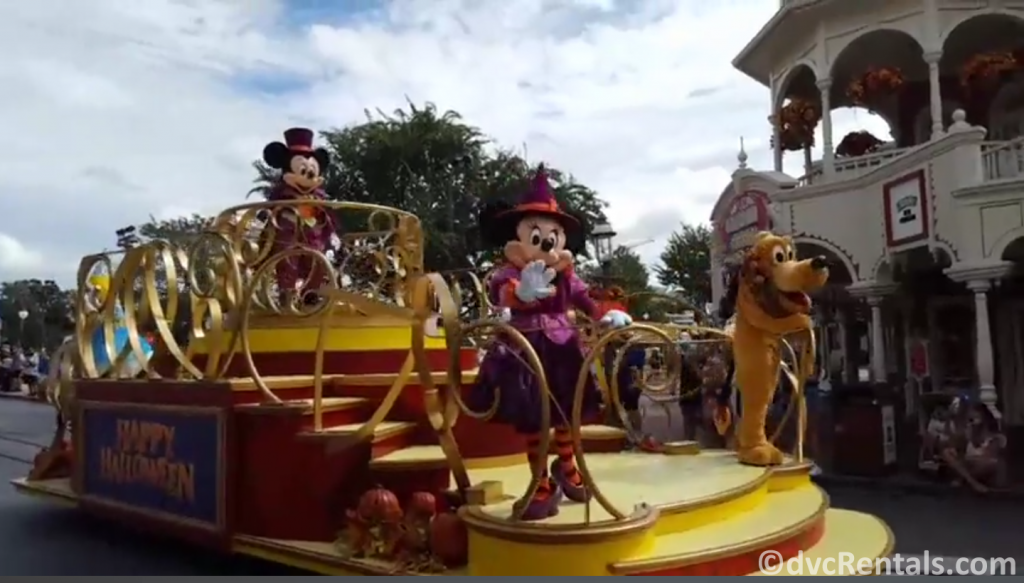 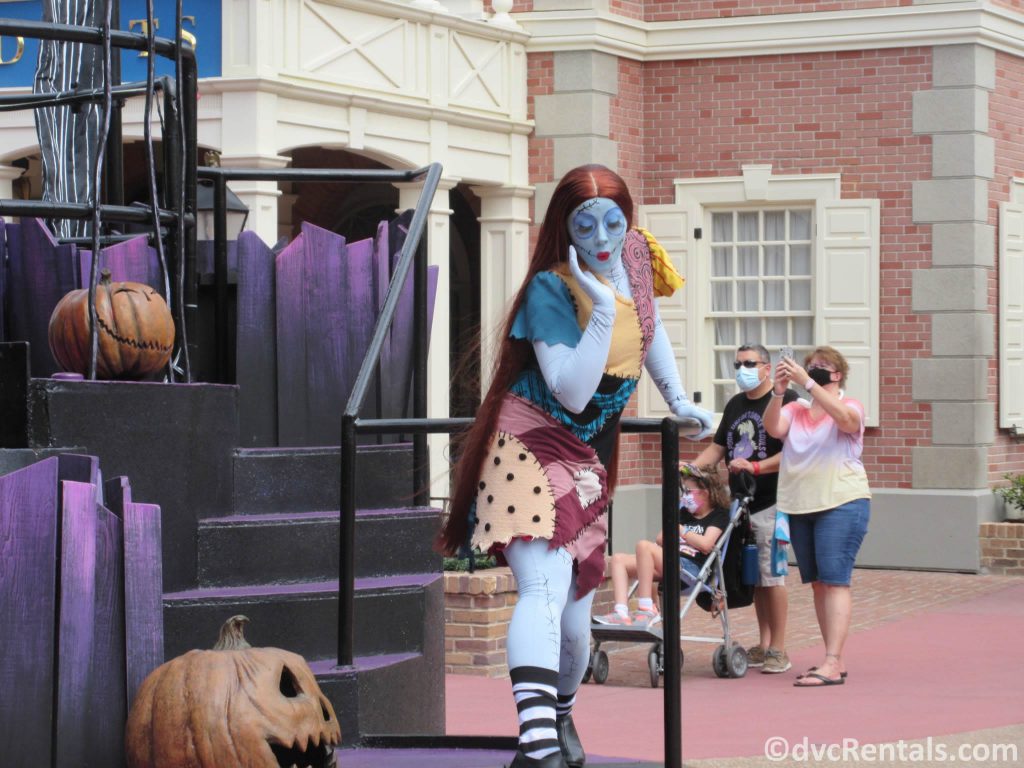 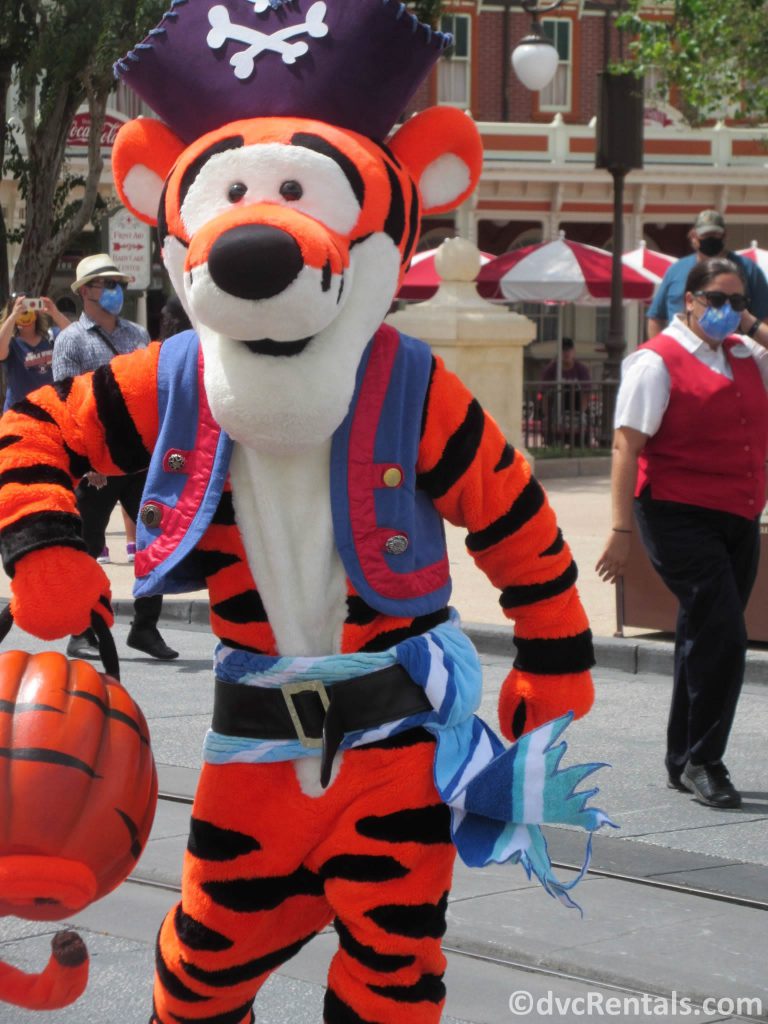 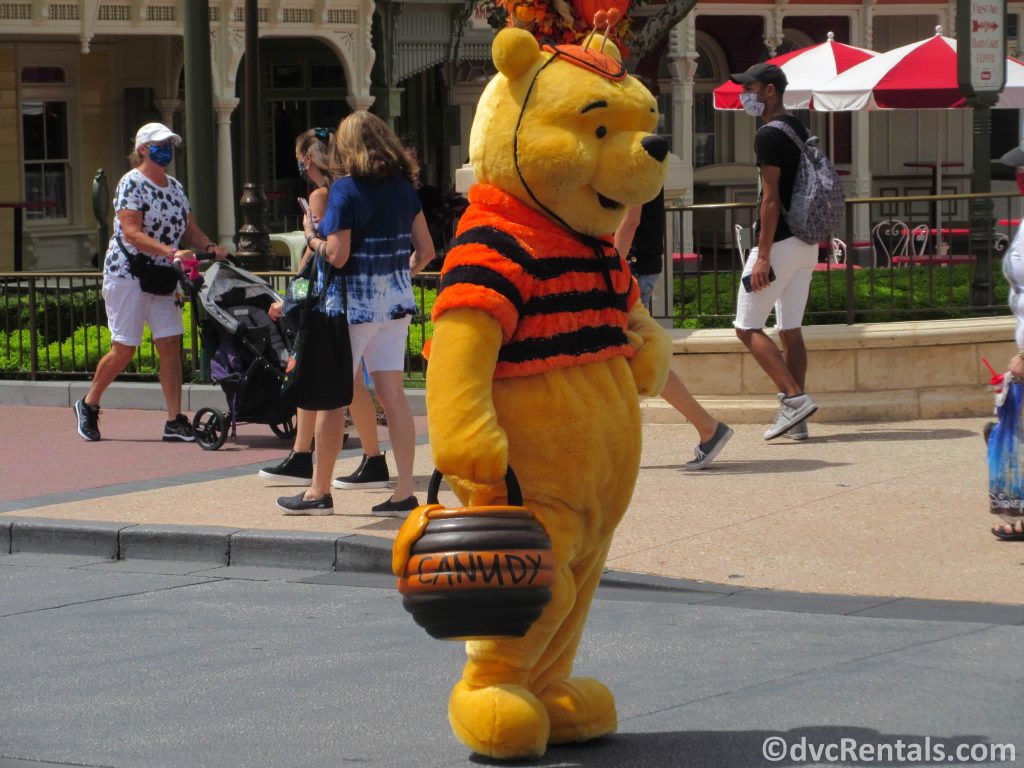 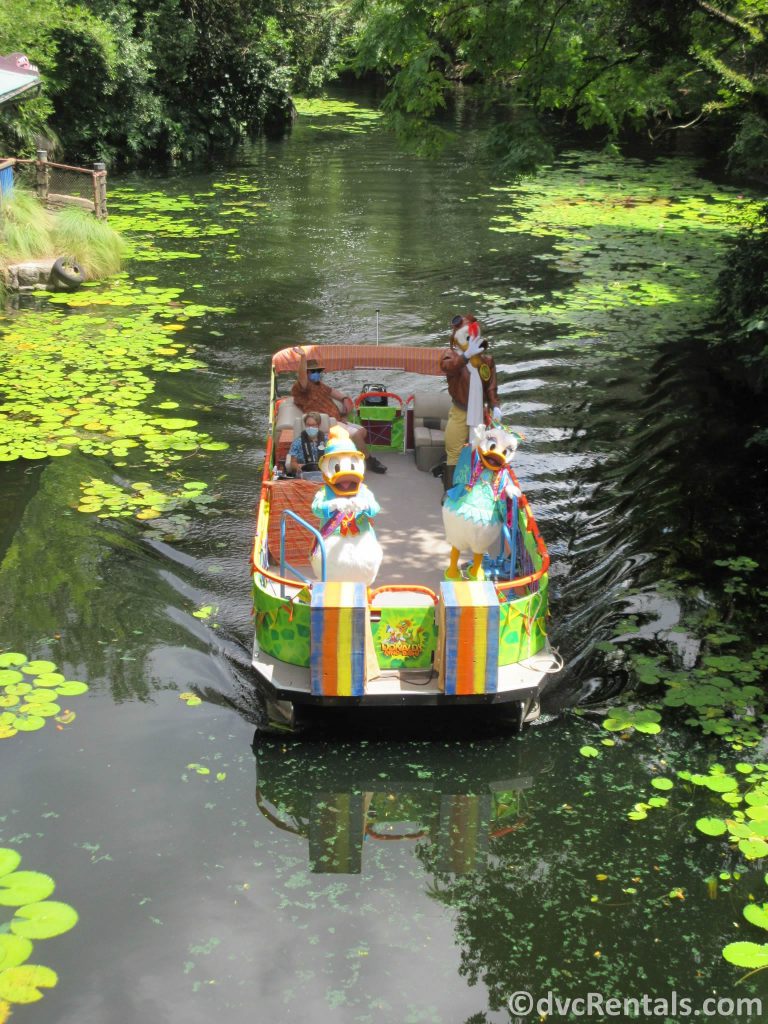 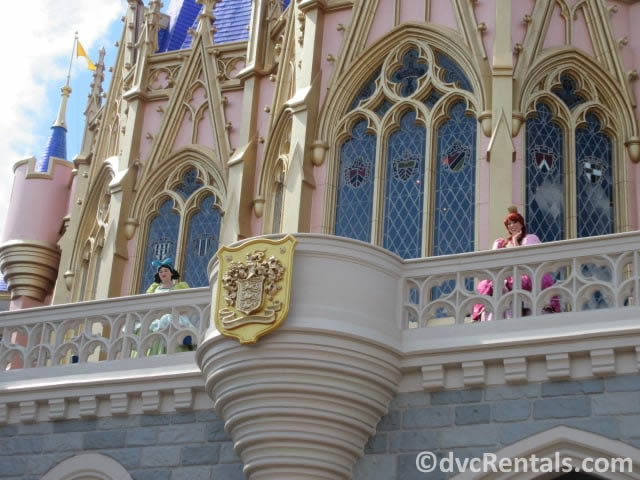 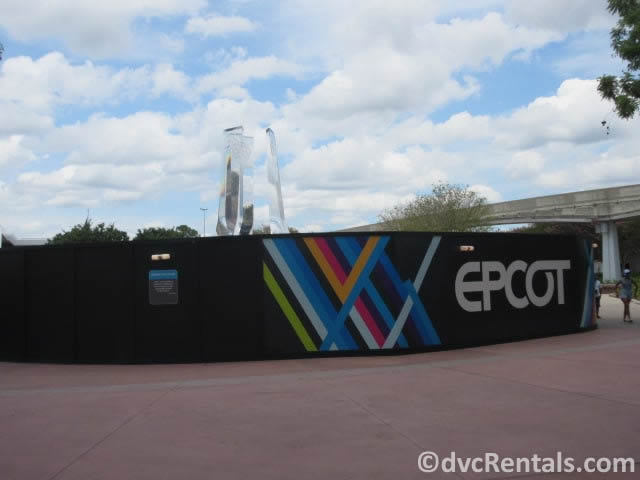 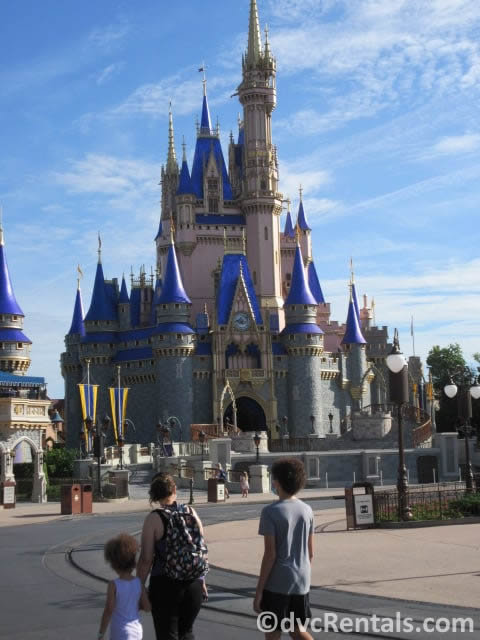 Interestingly enough, although it took some adjustment to get used to the change, I noticed some positives (other than the short wait times) as I returned to WDW. Years ago, there was no such thing as scheduled character meet and greets. To ensure they would get pictures with characters, guests would book character meals.

Otherwise, it was a surprise experience to run into characters in the parks. I have found I really enjoy the spontaneity of the cavalcades in the parks and seeing characters waving from afar unexpectedly. 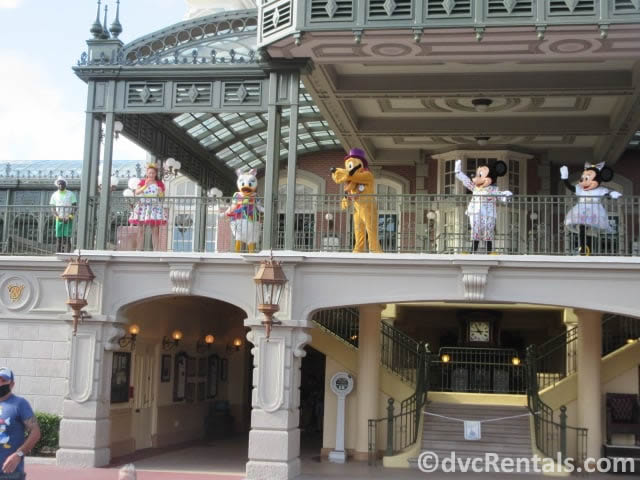 Yes, the experience is different, but the magic is still there! 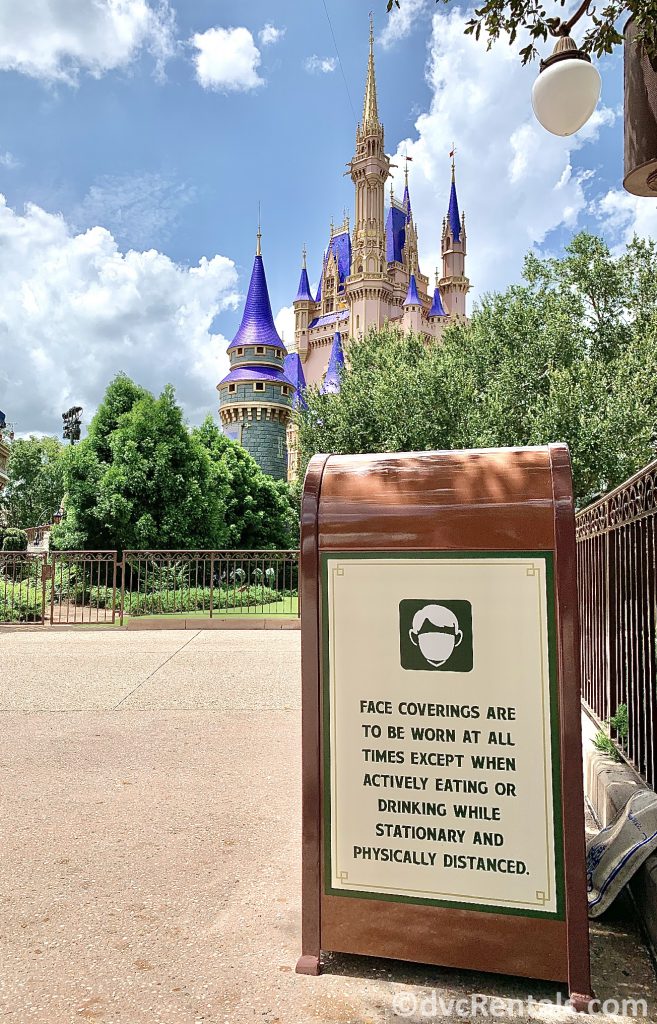