While it’s certainly fun to enjoy the theme parks at Walt Disney World, sometimes it’s nice to get away from the crowds for a while. There are a number of options to do that on Disney property, and one of those is renting a pontoon boat. Recently four friends and I rented a pontoon boat at Disney’s Yacht/Disney’s Beach Club Villas marina. It was a terrific experience and surprisingly affordable. Currently, pontoon boats are also available at the Contemporary Resort and the Villas at Disney’s Grand Floridian Resort & Spa. The Yacht and Beach Club pontoons sail around the waters of Crescent Lake, while the pontoons at the Contemporary and Grand Floridian can sail in the waters of Bay Lake and the Seven Seas Lagoon. As guests cruise along, they will see theme park views, resorts, wildlife, natural surroundings, inlets, and more.

Pontoon boats hold up to ten guests. The rental locations at the marinas are currently open from 11 AM to 5 PM. Boat rentals are first-come, first-served; reservations are not available. I have experienced the pontoon boats a few times, and I’ve never had a problem getting one right away, yet I imagine VERY busy weeks might cause a wait for a pontoon. 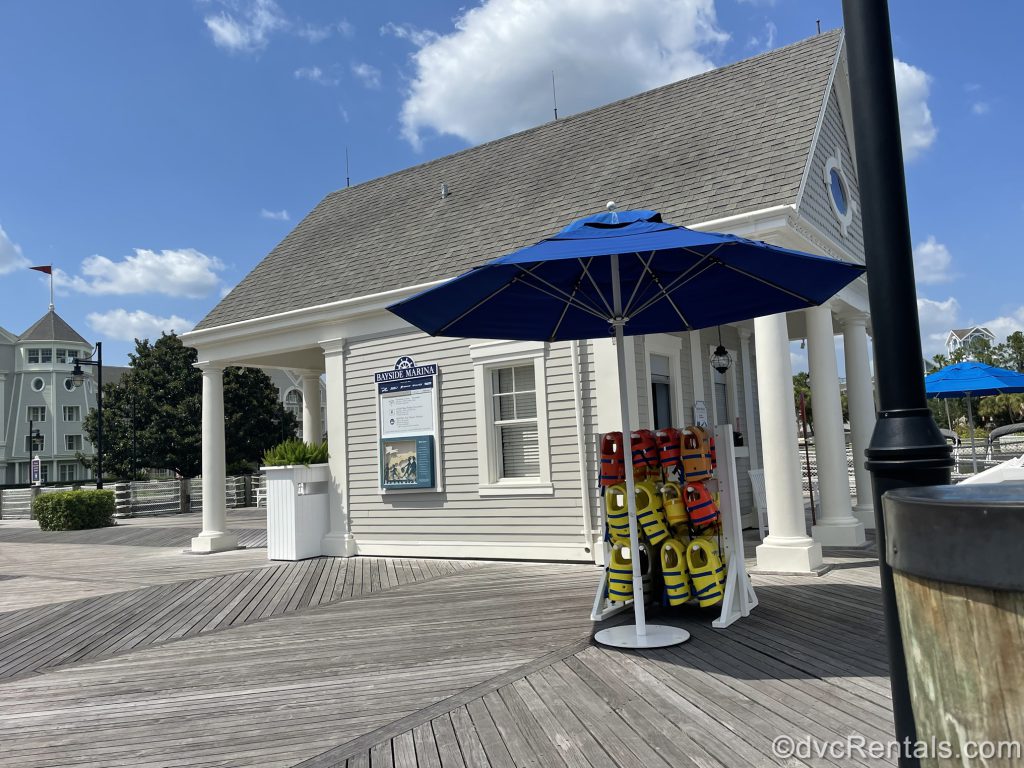 My friends and I arrived in the early afternoon, and we were able to get a boat immediately. We each needed to sign a waiver, but only one group member was required to show a driver’s license. Life jackets are supplied free of charge, and it’s mandatory for any guests under the age of 12 to wear one. If guests 12 and over opt not to wear a life jacket, the Cast Members will still be sure your boat has enough for everyone.

It took no time to sign up and get going. Any guest 18 or over can pilot the boat. The pontoons are very large, but they move slowly, so almost anyone is capable of driving one. There are some rules to follow, such as being mindful of the no-wake zones and watching out for other boats. Although I did not pilot the boat this time, I have driven Pontoon boats a number of times with no problems at all. 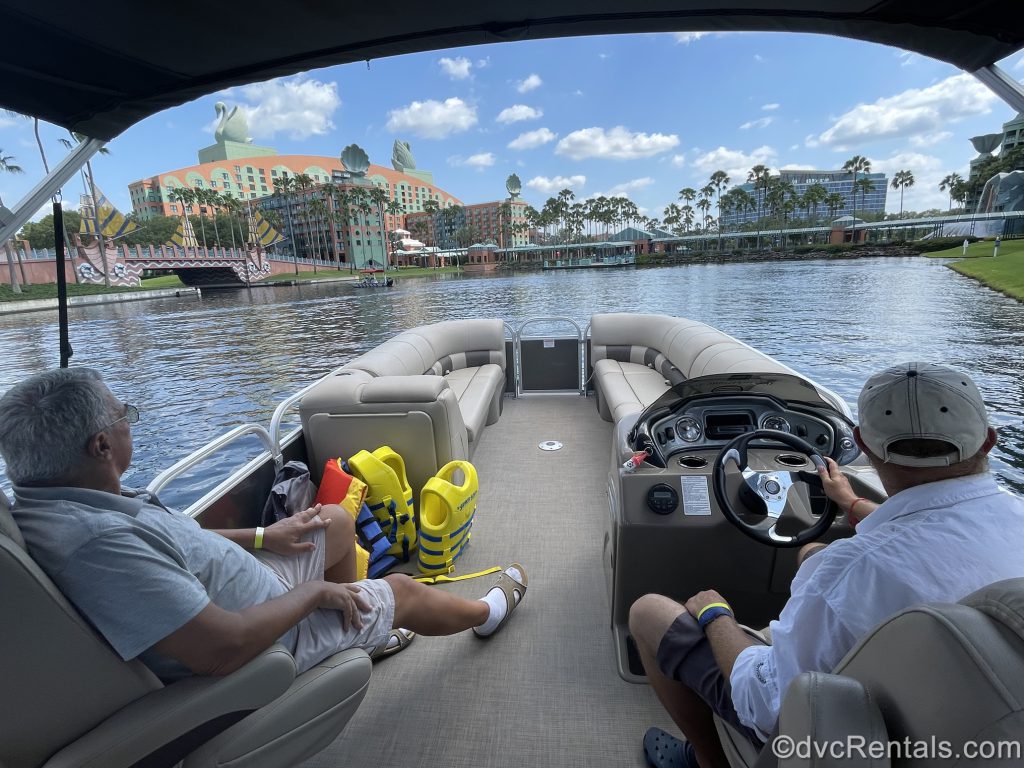 Once you have been given the safety spiel, it’s time to get on the boat! The clock starts once you take off. The fee is $45 per half hour–for the entire party, not per person. If you have enough people in your group to fill the boat, that comes to $4.50 each! And there is a 15% discount for Disney Vacation Club members as well as Annual Pass Holders! Even with half the boat filled as ours was, the price was very reasonable. You can stay on the boat as long as you like; you’ll be charged when you return. Food and beverages are allowed on the pontoon, but no alcohol and no smoking. And no standing while the boat is moving. 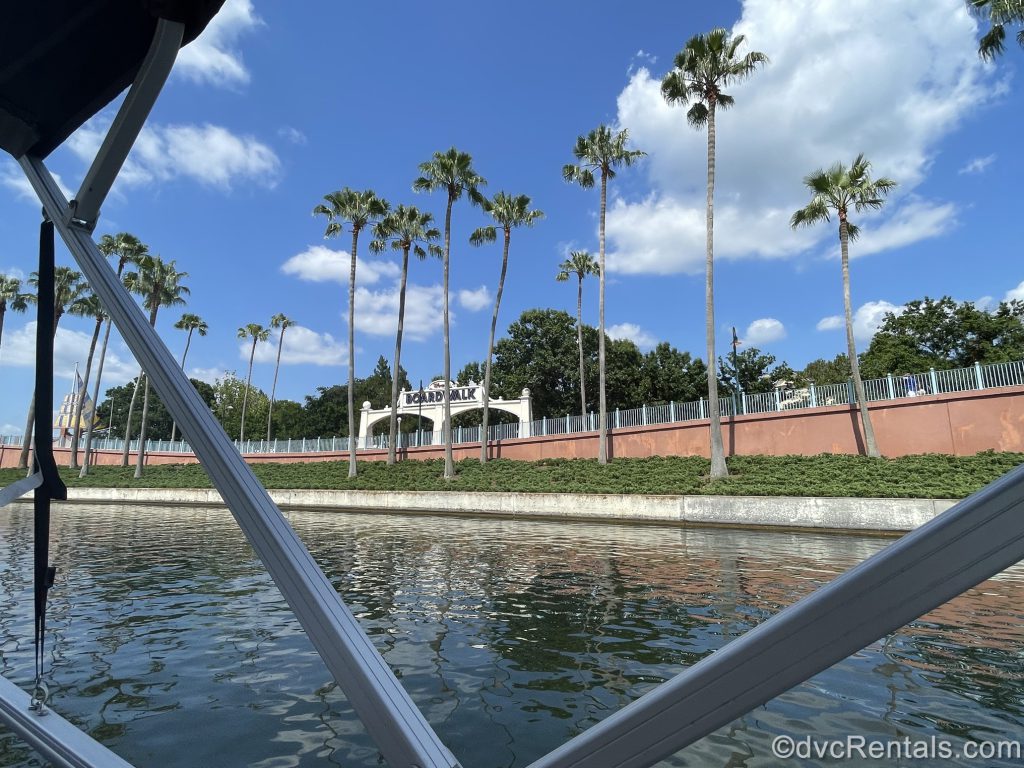 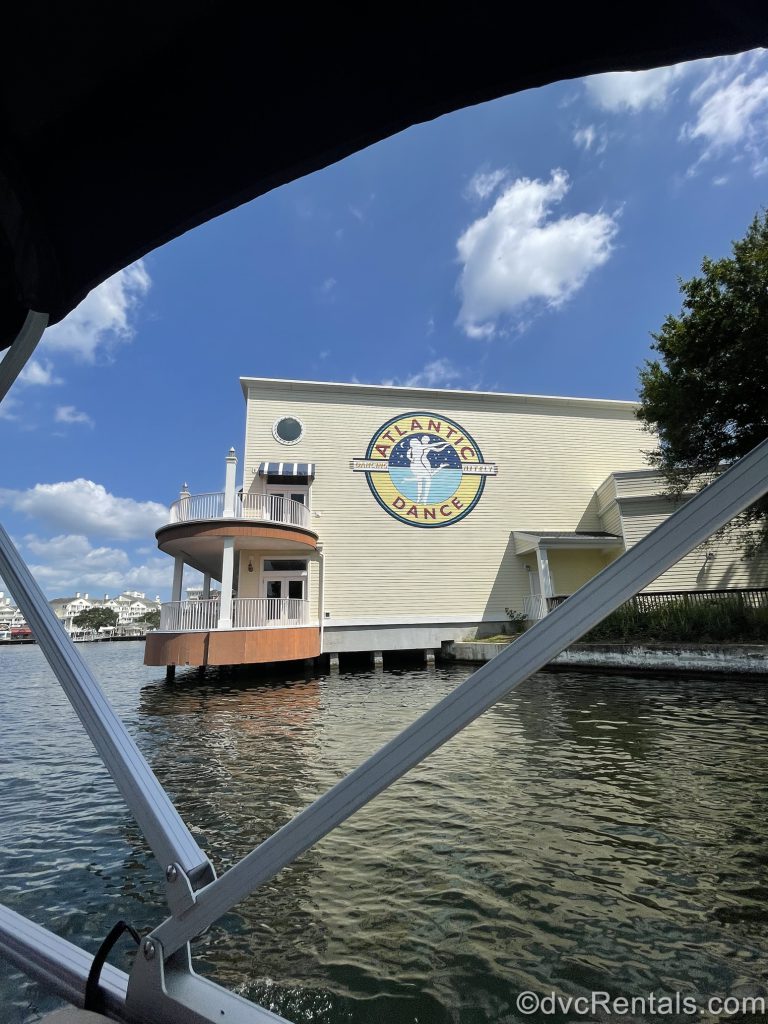 If you leave from Yacht and Beach Club as we did, Friendship boats that take guests from Disney’s Hollywood Studios to the Epcot Resorts and to Epcot share the waterways with the pontoon boats. During the safety lecture, we were told to stay far away from those boats. To be sure everyone stays safe, Cast Members in smaller crafts are out on the water driving around to keep watch. 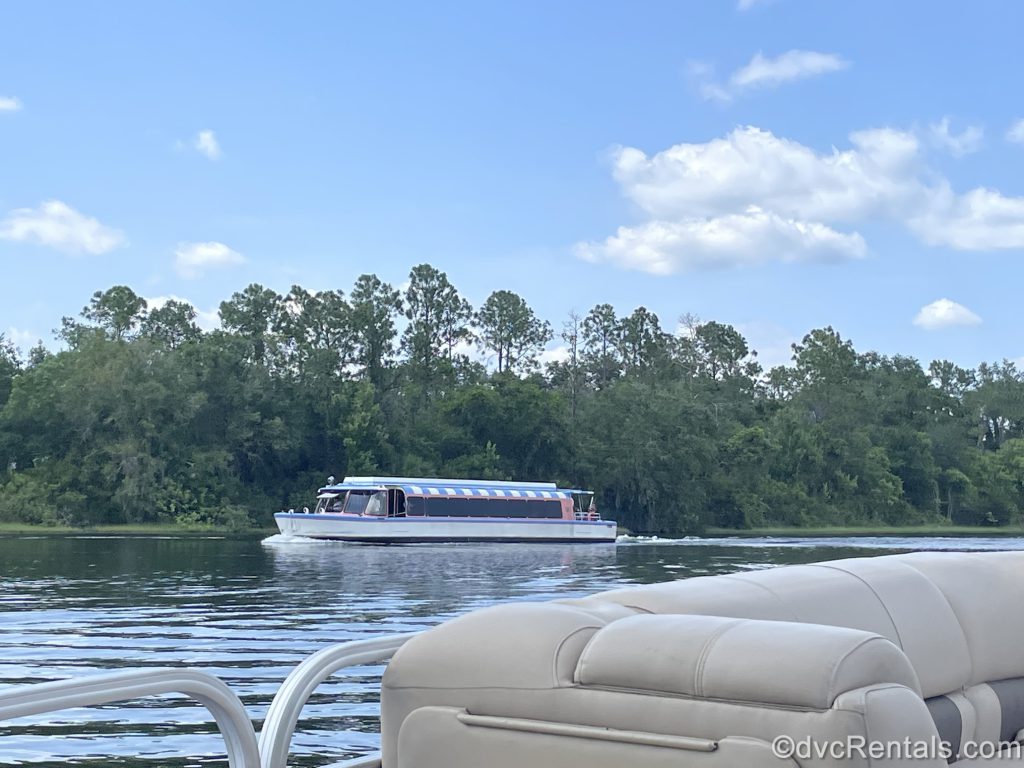 We were able to glide from the marina into the lake and then down the canal that leads to the Studios, passing Disney’s Boardwalk Villas. 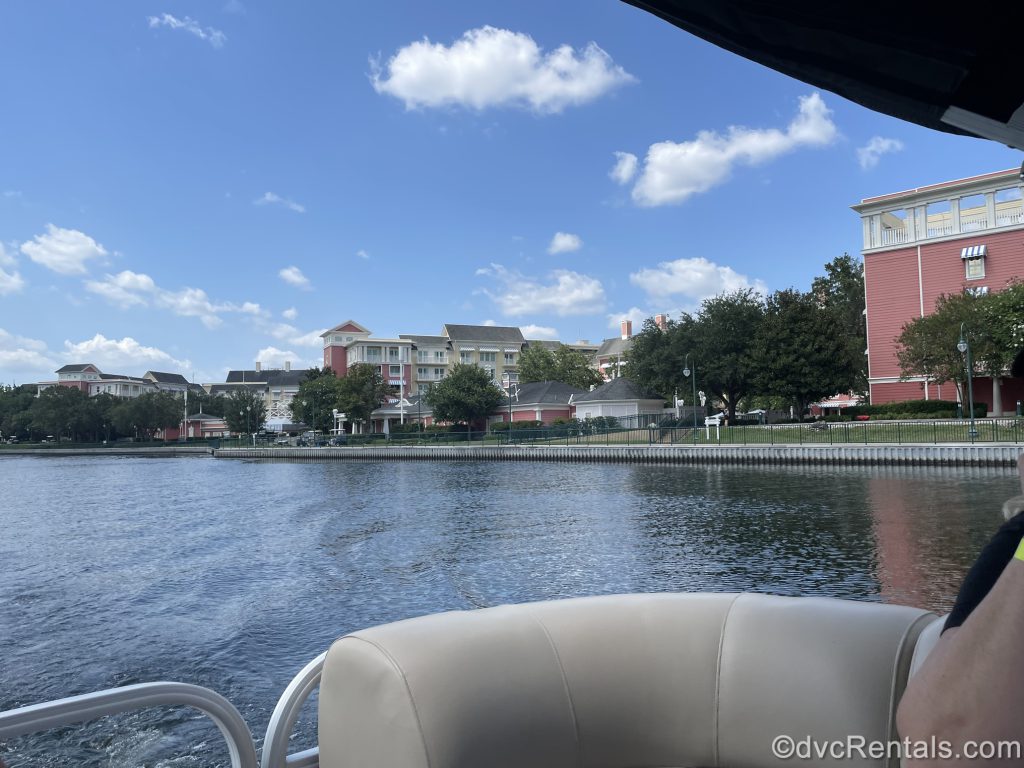 Continuing on, we passed some water birds and, in a short time, arrived at the front of Hollywood Studios. We lingered in front of the Studios for a while, enjoying the view, before we turned around to head back. Pontoon boats are NOT allowed to drive under the bridge that the Friendship boats use to get to Epcot. FUN FACT: Many guests know the waters between Boardwalk and Yacht/Beach Clubs is called “Crescent Lake;” yet did you know that the smaller lake by Swan/Dolphin is called the “Half Moon” by the Cast Members who drive the Friendship boats? Plus, they refer to the canal that goes to Hollywood Studios as “The Disney Channel!” A good time was had by all! It was lovely to get out on the water and enjoy the views. As an FYI, the pontoons that leave from the Contemporary and Grand Floridian have more waterways to sail on. I would recommend 30 minutes to see everything if leaving from Yacht/Beach and 60 minutes if departing from Contemporary or Grand Floridian Marinas. Of course, guests can stay out longer.

My family likes to pack a lunch and have a “picnic” on the water. One final comment: The boat is covered, but only halfway. If it’s super-hot, the people in the front of the boat will not have any shade, so if you have a large group, I suggest going when the temperatures aren’t very high.