Located in a new area in the France section of Epcot’s World Showcase, Remy’s Ratatouille Adventure is a trackless attraction based on the Disney Pixar 2007 movie Ratatouille. During this experience, guests will feel like they have shrunk down to the size of a rat as they rush around and Gasteau’s kitchen in special ride vehicles. The attraction’s official opening date was October 1st 2021. 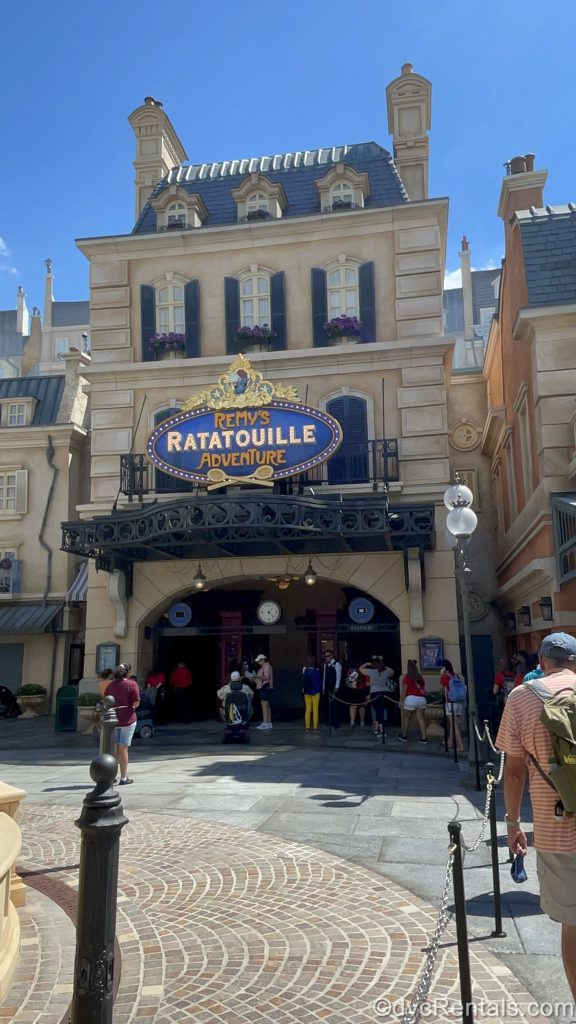 This is an entirely new section added to the France Pavilion. Nothing was removed for this addition. After passing beneath a Metro sign (that’s the subway in Paris) guests will see rat motifs on almost everything in sight. The area feels just like Paris, with many Remy-related touches added! You’ll see very realistic storefront facades, manholes (with rats on them naturally) and various signs, all which make you feel like you’re in Paris France. 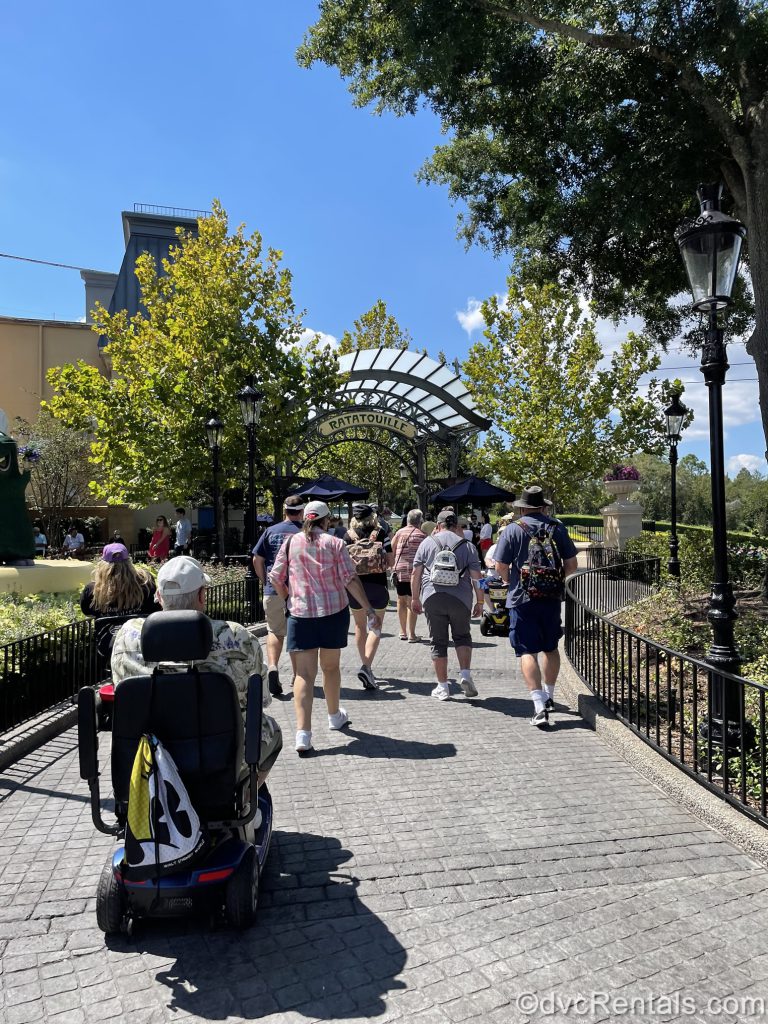 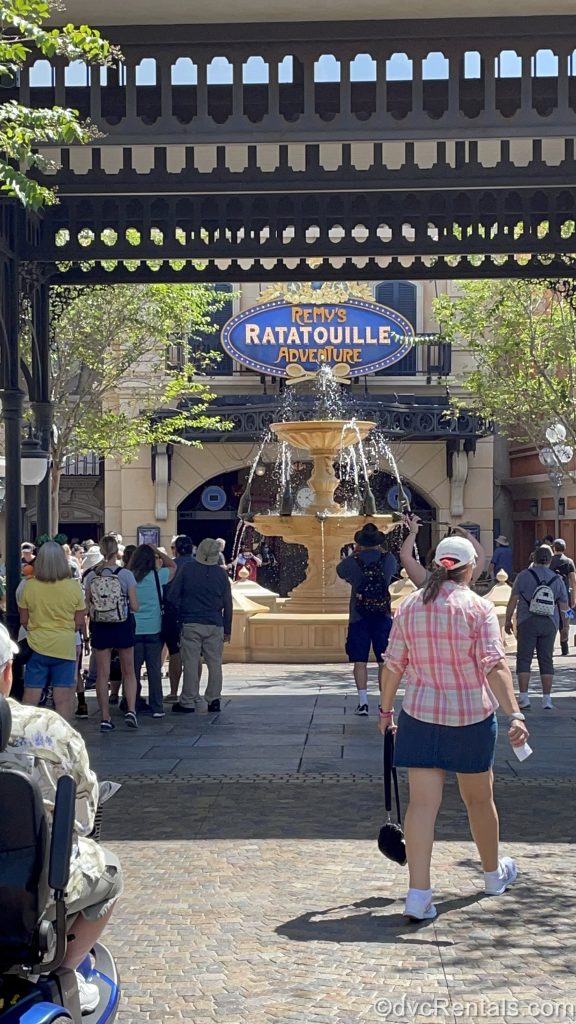 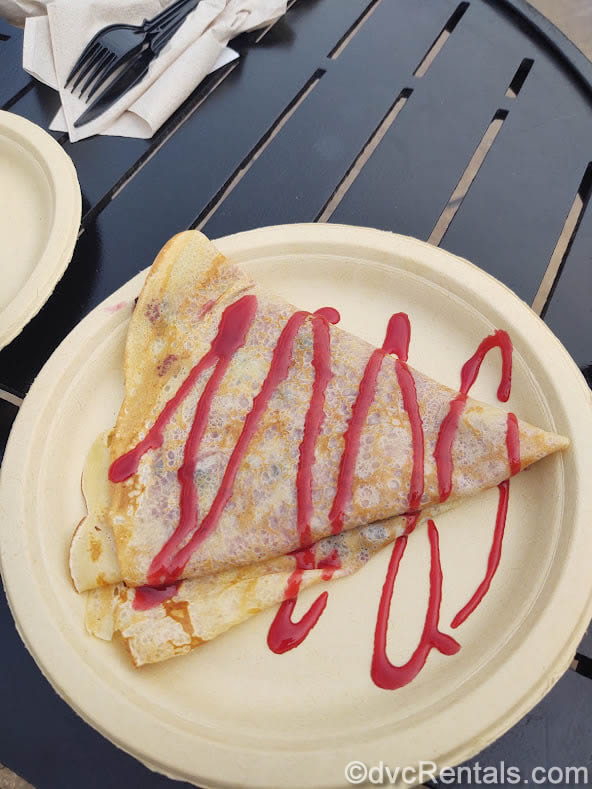 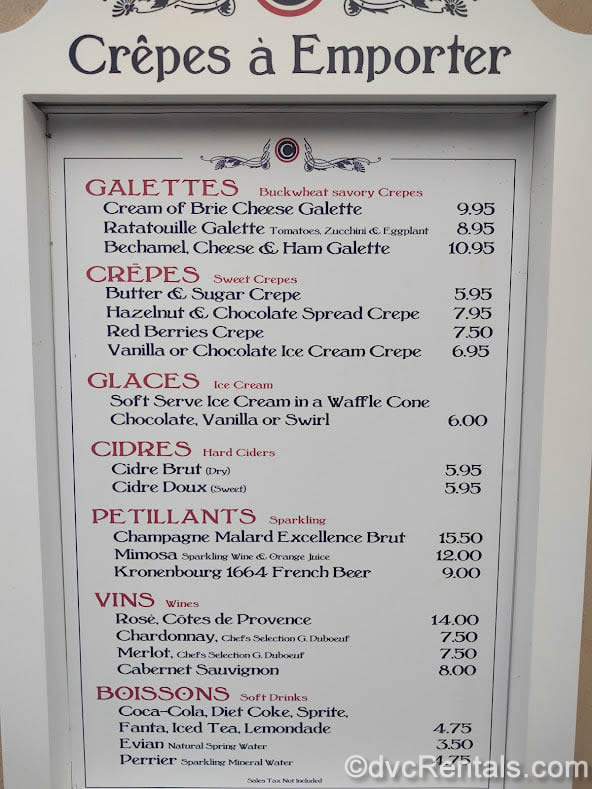 Just before the entrance to the ride is an awesome fountain. With Chef Remy on top, the fountain showcases rats all around it, opening champagne bottles. The water from the bottles is aerated, so it looks as if it’s coming from a bottle of champagne that’s just been popped open! The design reminded me a little of the fountain outside of Muppetvision at Hollywood Studios. 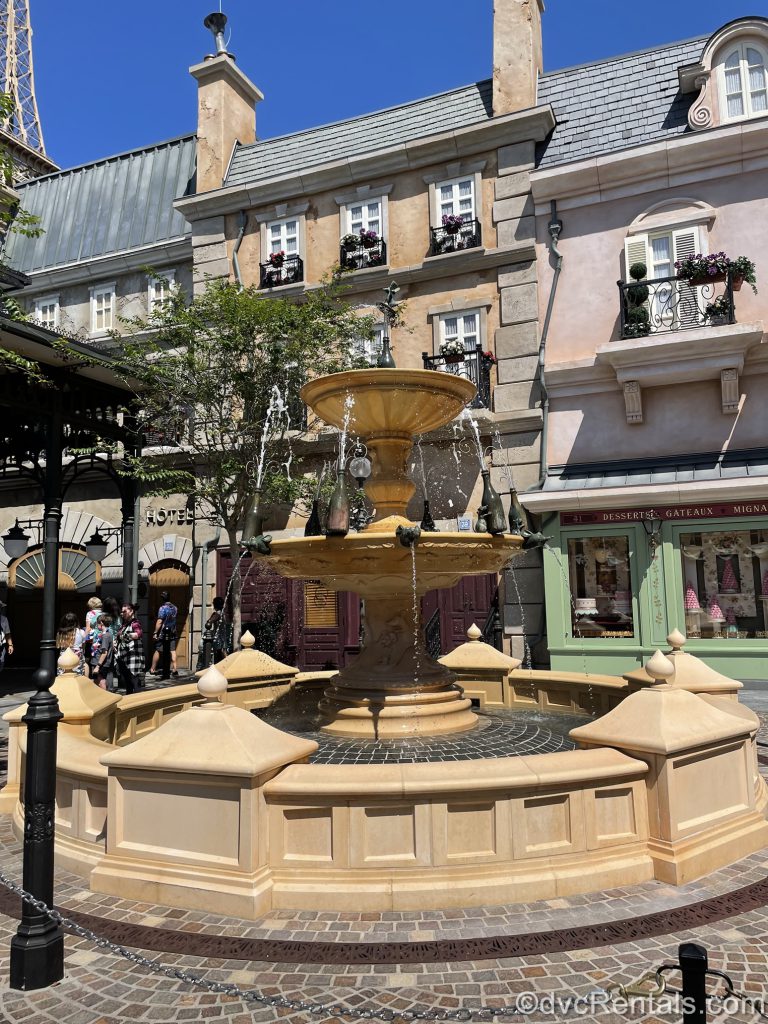 At Disney World every ride has a story that goes along with it. For this one, its guests attending a film starring “Ratatouille” characters. You enter through movie theater ticket windows and enter one of three queues — single rider, standby, or, once opened, Lightning Lane.

Remy’s Ratatouille Adventure is almost exactly the same as the attraction in Disneyland Paris named: “Ratatouille: L’Aventure Totalement Toquee de Remy,” which opened in 2014. The exception is in part of the queue: The Artist’s Loft scene, which serves as a pre-ride safety and informational area. This scene has amazing details, it’s hard not to slow down to try to take it all in. It will take repeated visits to see everything there is to see here. 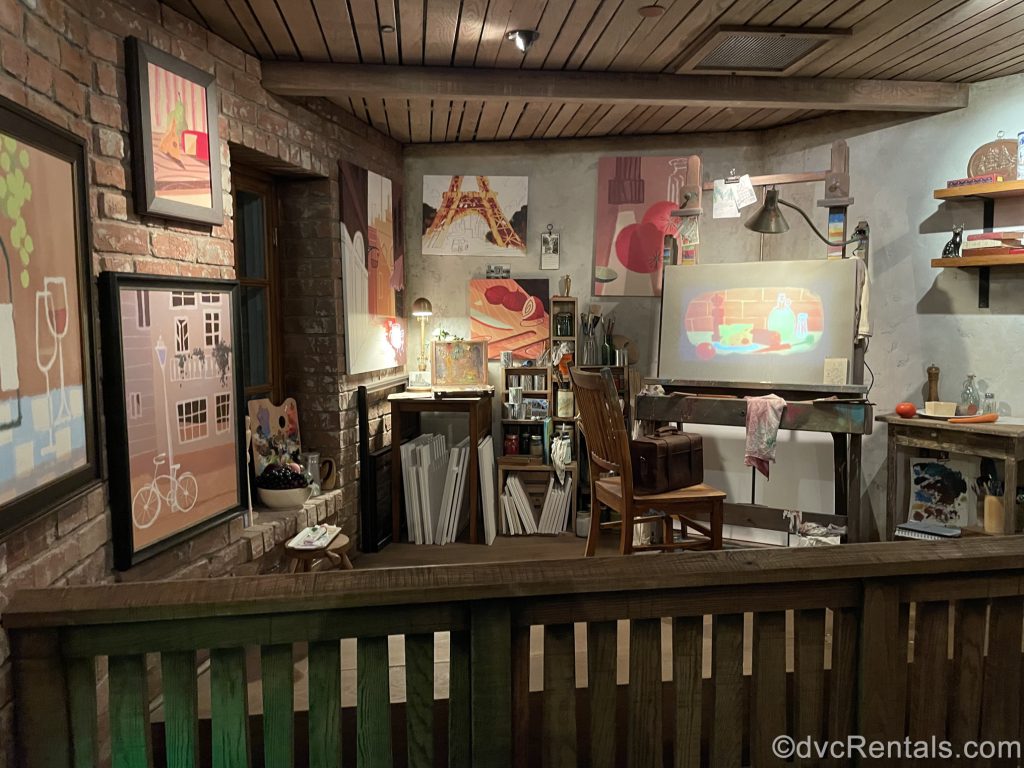 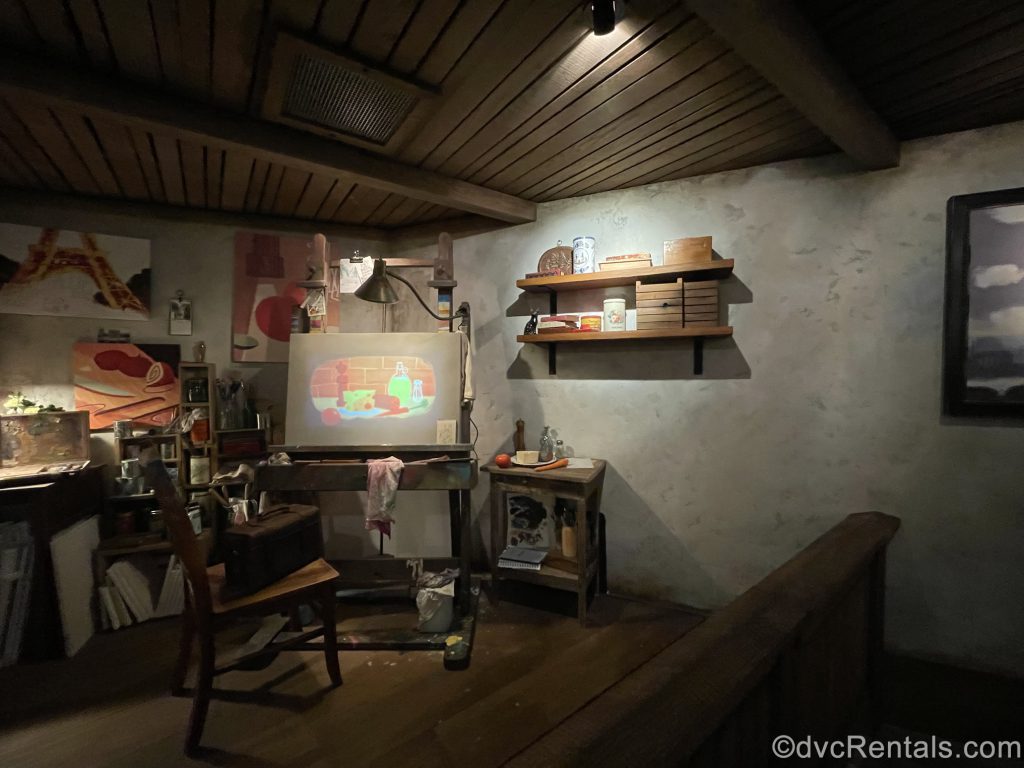 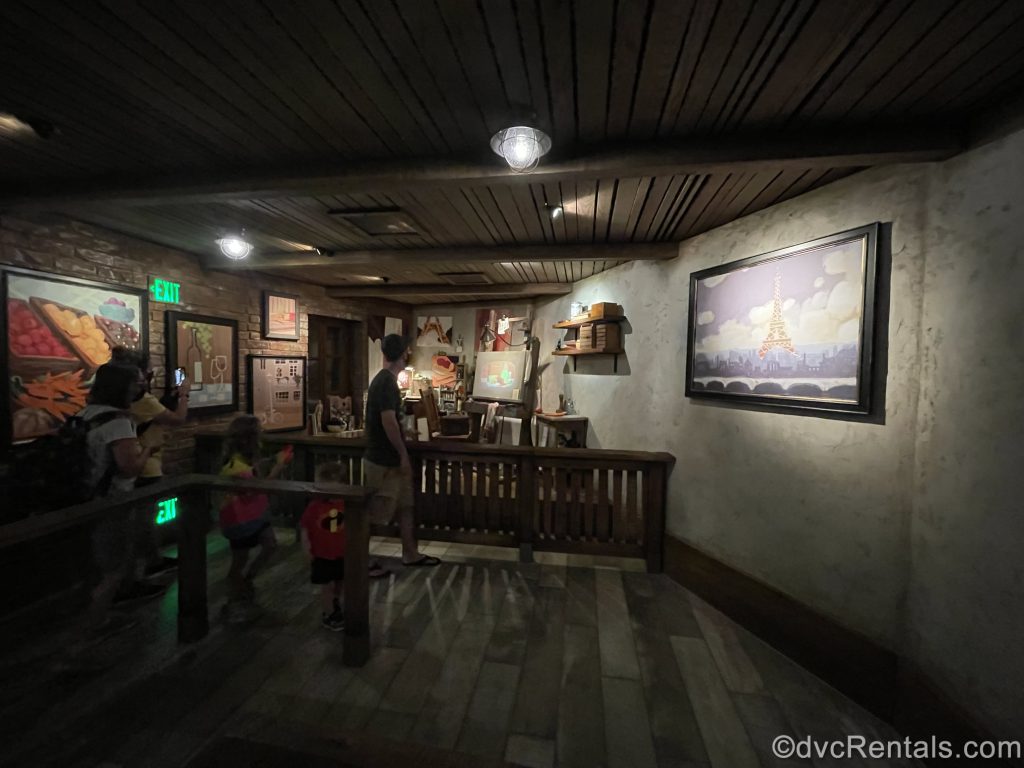 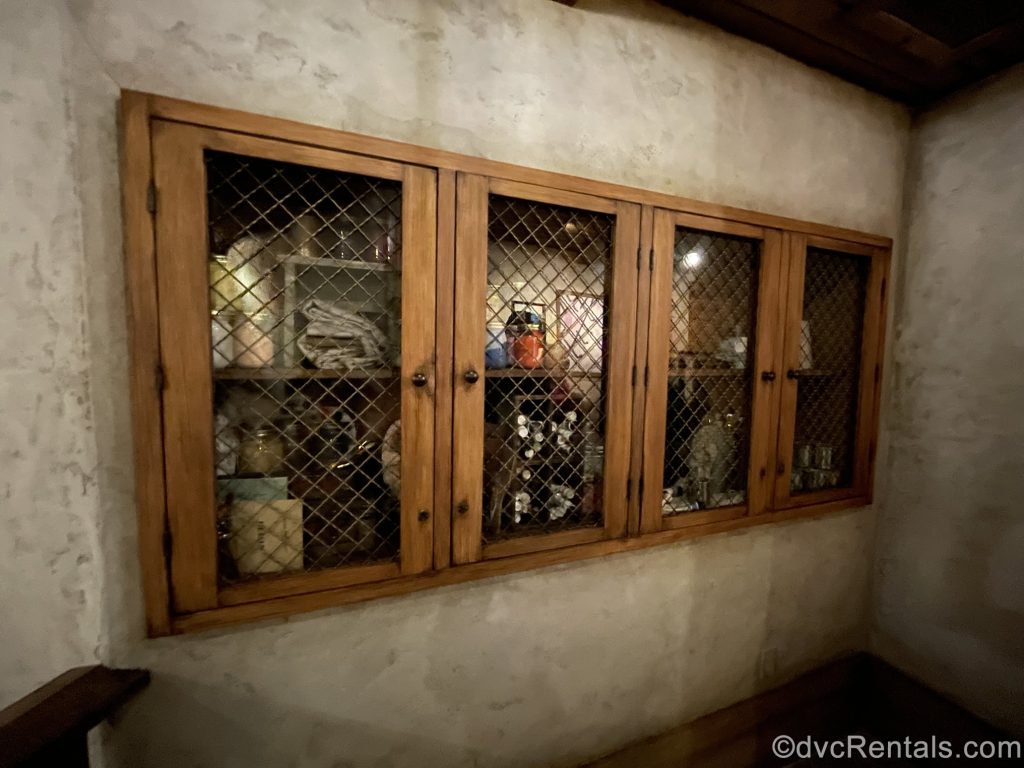 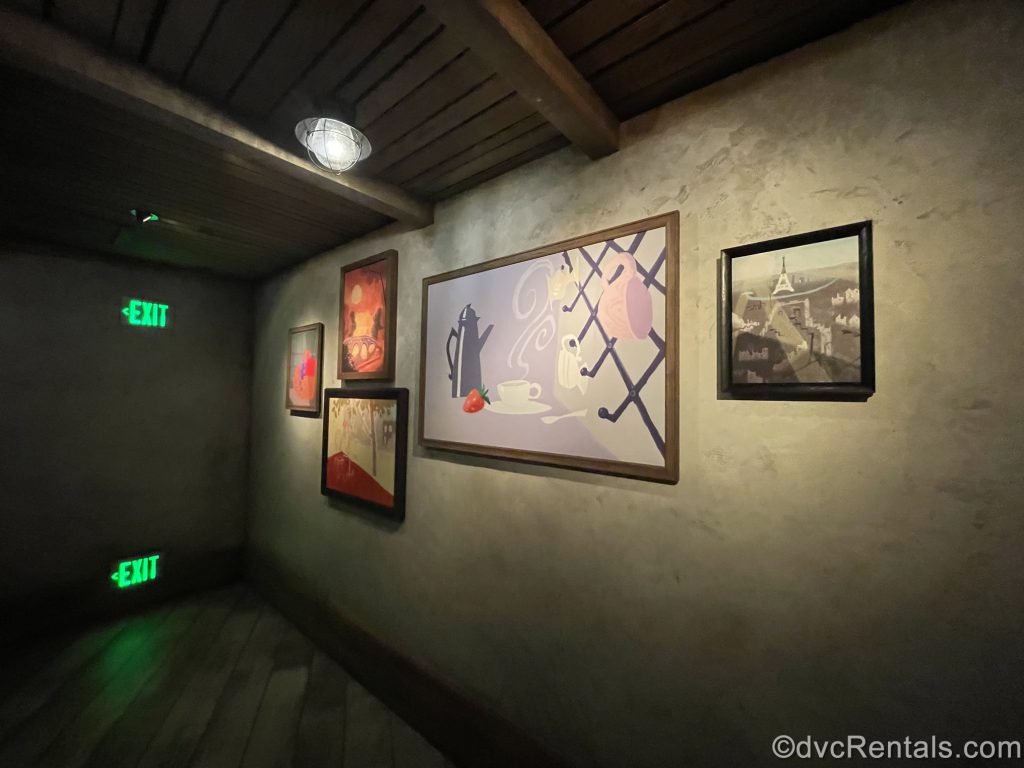 Another really cool part of the queue is a spot where you are on the rooftops of Paris. There is a very large sign that is lit up and says “Gusteau’s.”  In this very spot, guests hear sounds of the city below, such as dogs barking, motor vehicles driving and more. If you time it right Gusteau’s sign becomes animated and you will hear him speak! 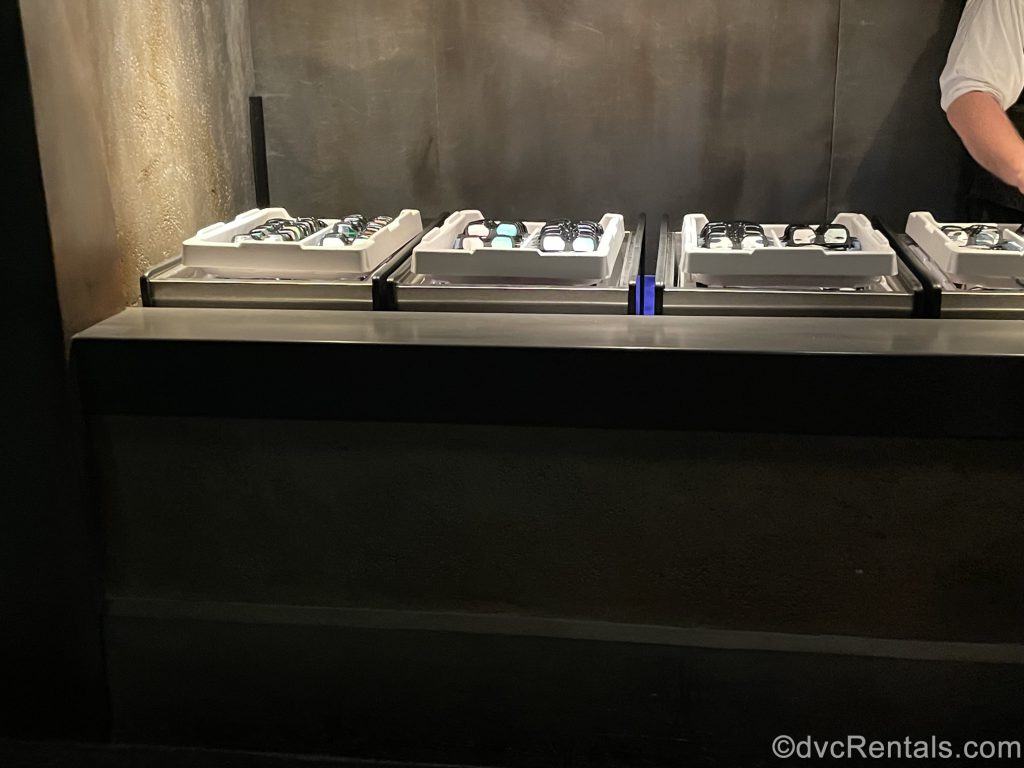 Prior to boarding their ride vehicle, guests grab 3-D glasses to don for this 4D experience. Once you reach the loading area you will immediately notice the large rat-shaped vehicles guests ride in. These seat 3 in the front and three in the back. They are totally adorable, down to their cute little tails. There is NO minimum age or height requirement for this attraction. 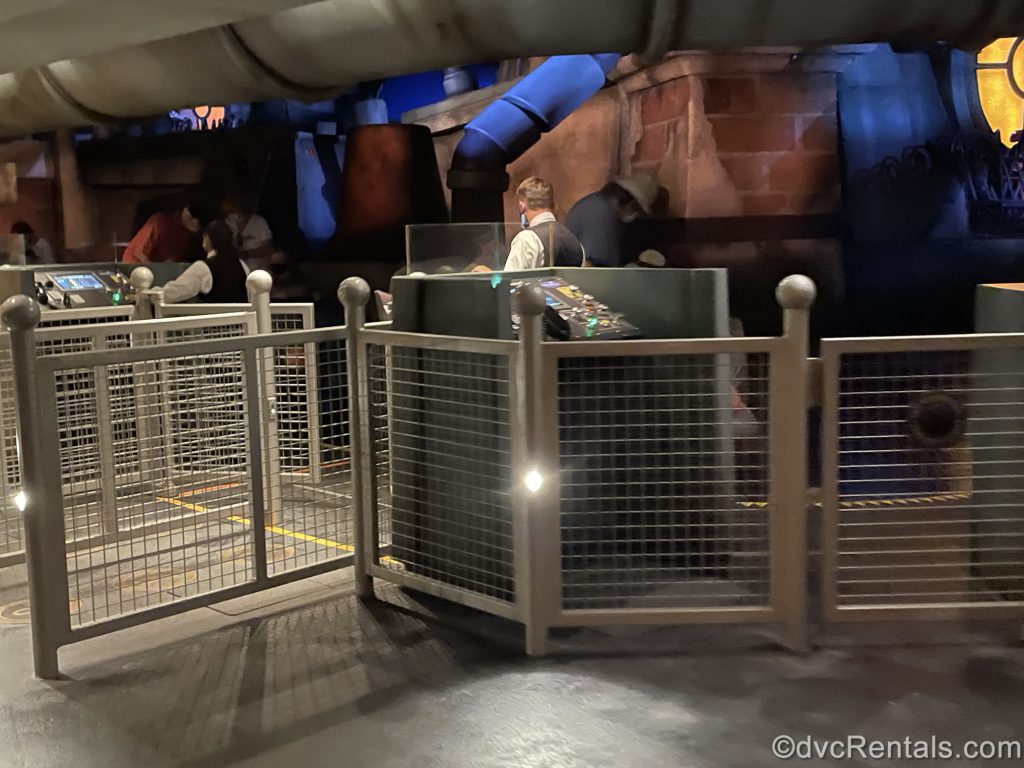 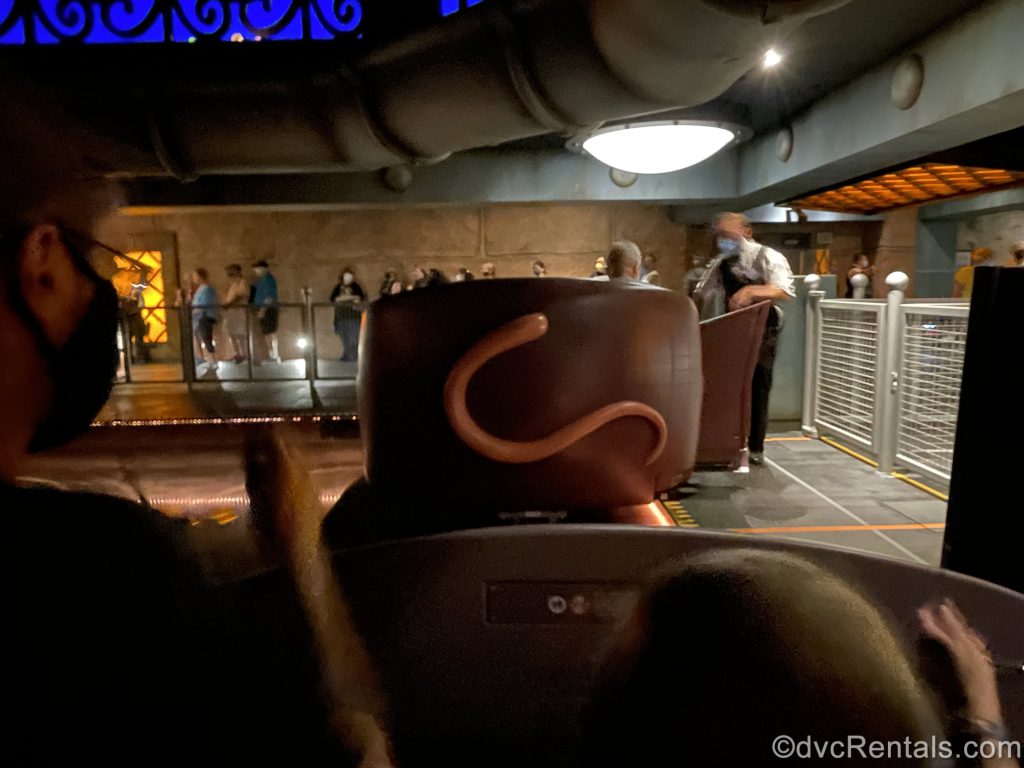 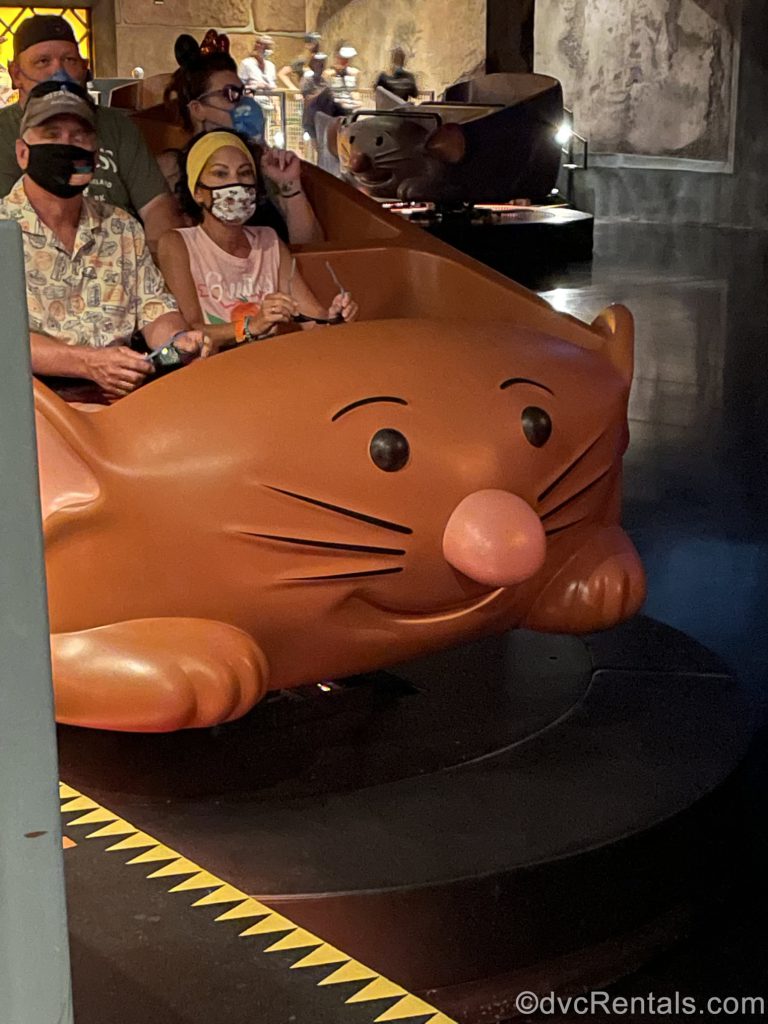 Remy’s Ratatouille Adventure uses oversized props, and film technology to make it feel like you are the size of a rat, running on the floor of a kitchen. You are joining Remy and his friends as they try to gather the ingredients for a meal. There are no tracks on the ground, you have no idea where you are going to go next, which makes the ride different and spontaneous each time it’s ridden. The vehicles go forwards, backward, side to side, and rotate. Depending on the scene, the rat-mobile will slow down or speed up. 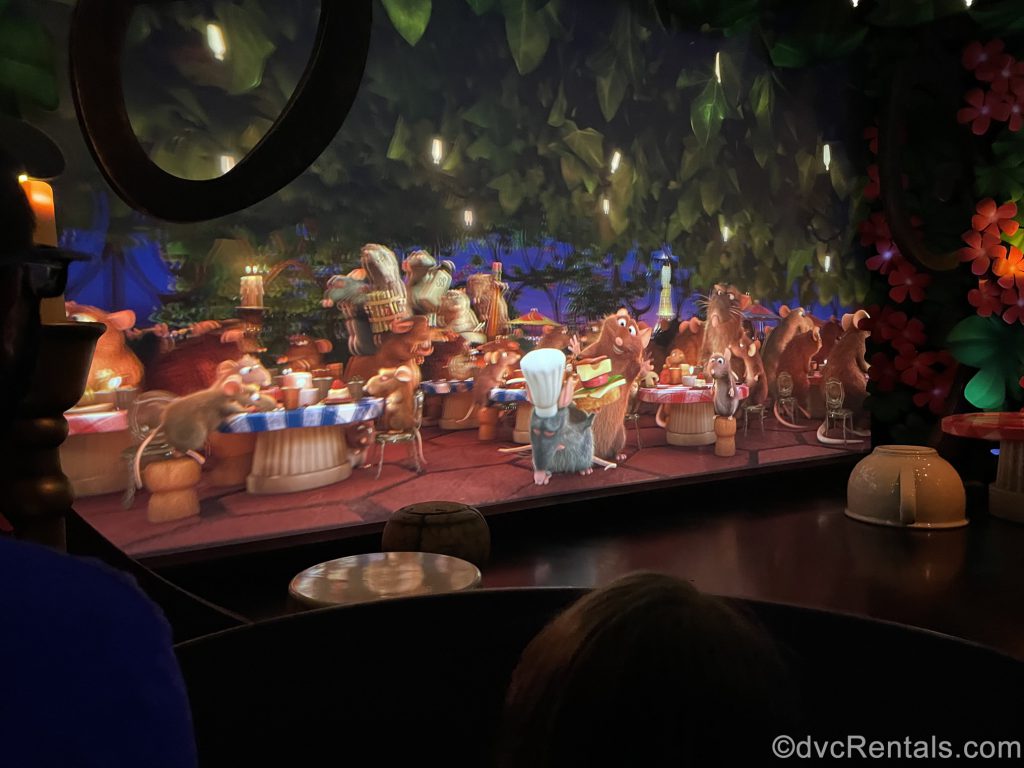 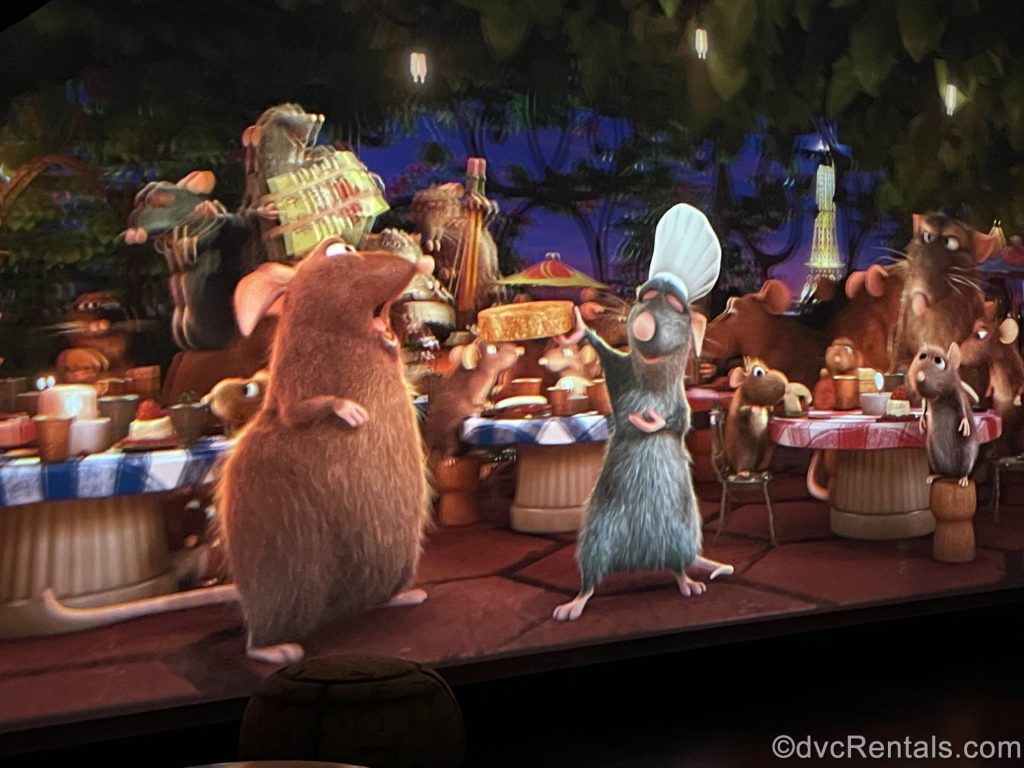 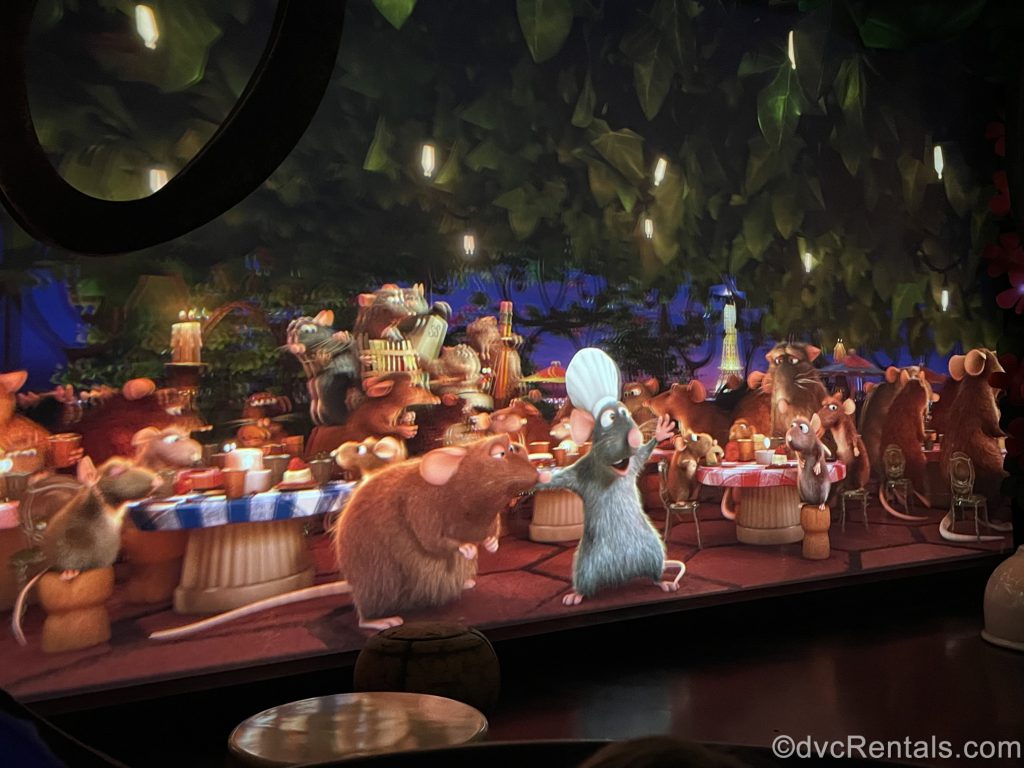 After boarding a rat-mobile, 3D glasses enable guests to see a small Chef Gusteau floating in the air, who says Remy is expecting you. Next, guests are on the roof of Gusteau’s Restaurant, and see Remy, who is trying to decide what dish to make for the food critic in the restaurant. BONUS: Look carefully in the window all the way on the right and you’ll see the shadow of a truck you’ll recognize from Toy Story.

Throughout the entire attraction, guests and Remy and his friends are trying not to get caught by Skinner, the “mean” chef from the original Ratatouille film. Rat vehicles move every which way through extra-large sized sets and 3D media on large screens. This works really well to make riders feel small and frantic, just like Remy and his friends. 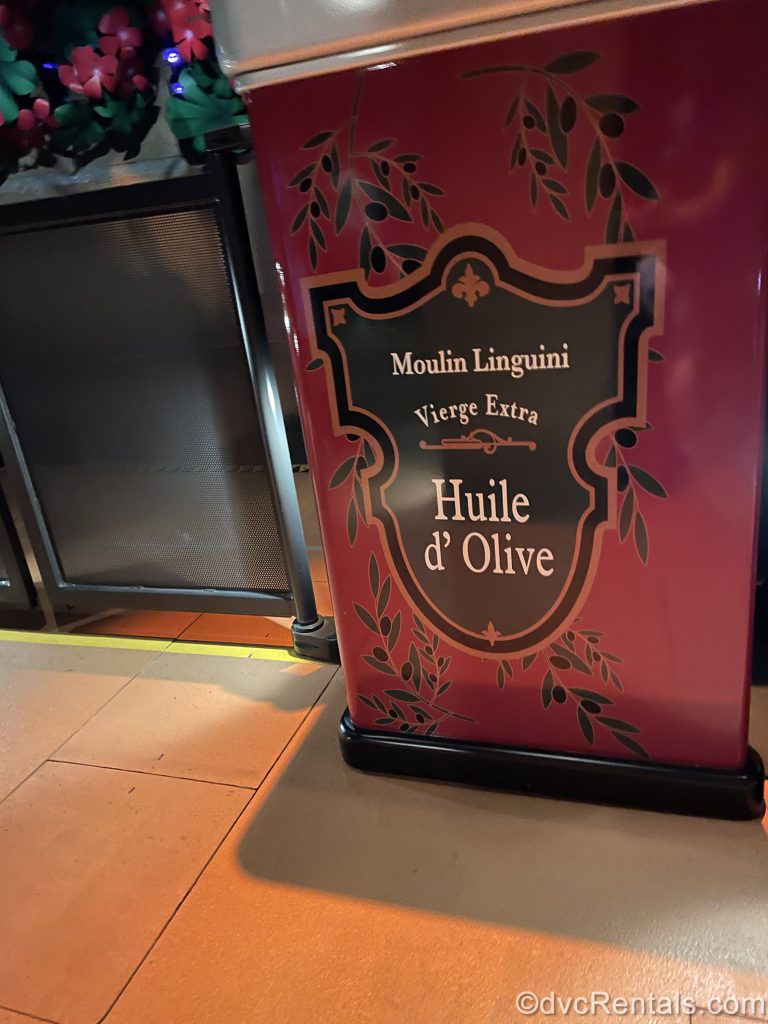 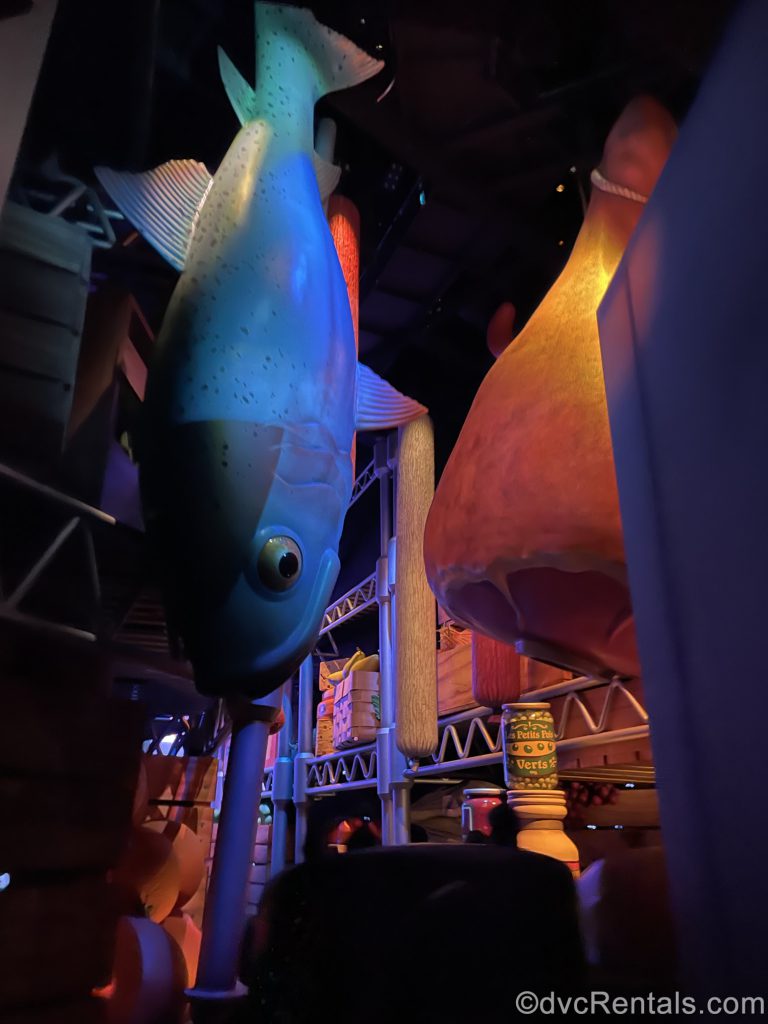 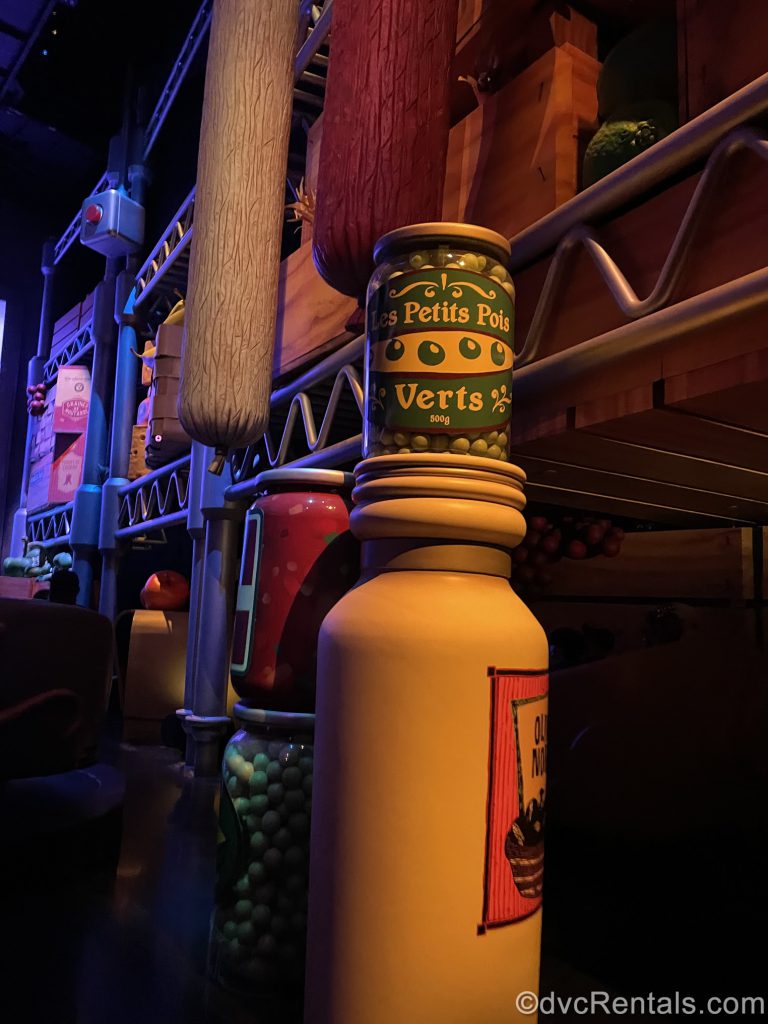 Another significant part of this experience is the different smells incorporated into the ride. Guests will find the smells normally found in a French kitchen, such as cheese and fish. Other effects are fun as well: without revealing exactly what happens so I don’t spoil it for anyone, expect to get sprayed with a little water in a couple of spots (In case this concerns you, no, you won’t get very wet at all). Guests will also feel a heat effect at one point and there is also a spot with an air burst. After your adventure it’s happily ever after, as guests see Remy has fulfilled his fantasy of becoming a Parisian chef. 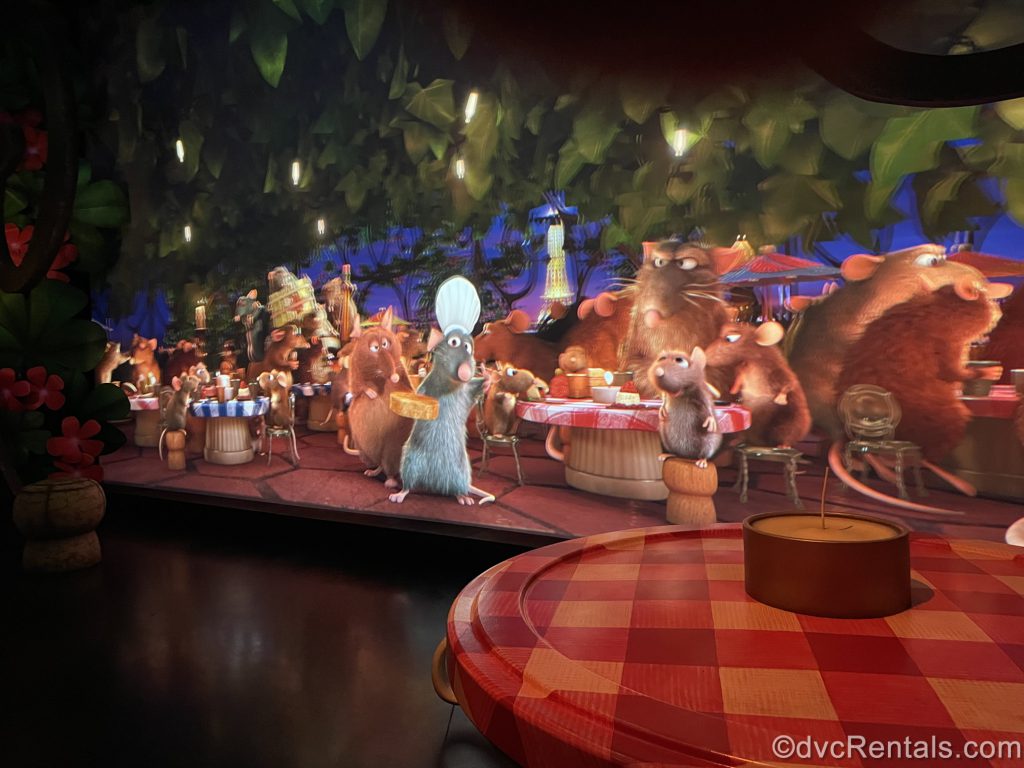 Of course, there is merchandise! A kiosk sells a number of kitchen and rodent themed merchandise. While I was there, one guest was completely fascinated by a chef’s hat, which inspired me to take a closer look. The top of the hat opens periodically, and Remy pops out! The hat lights up as well, and goes for $39.99. It’s adorable to check out, even if you opt not to make a purchase. 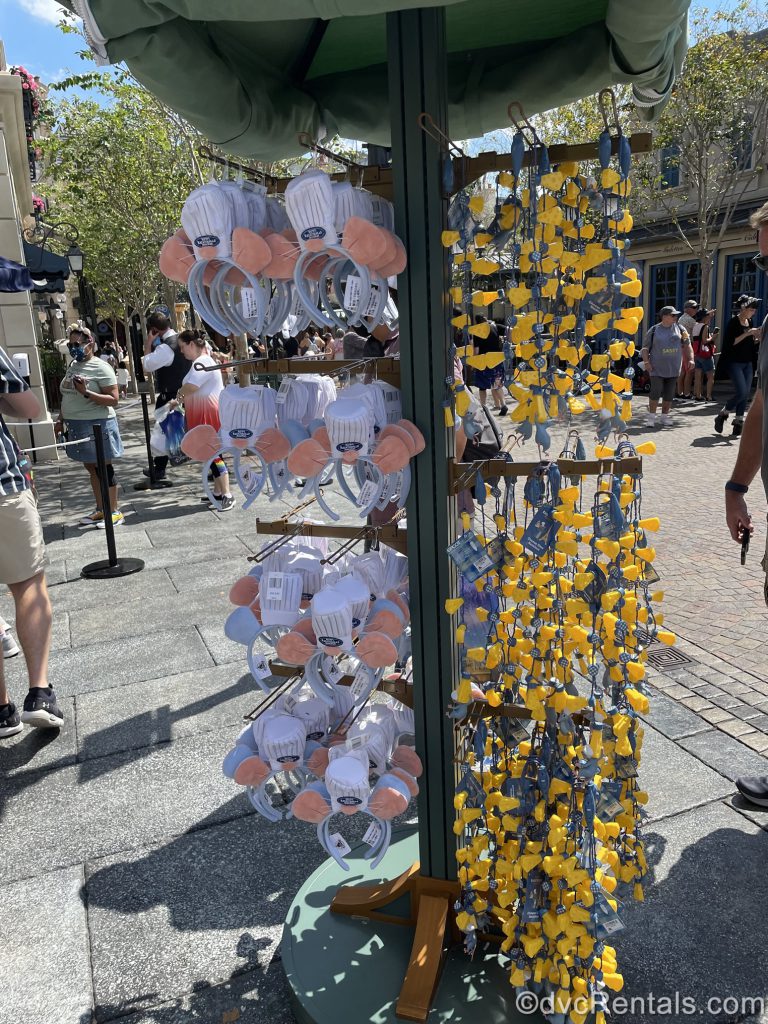 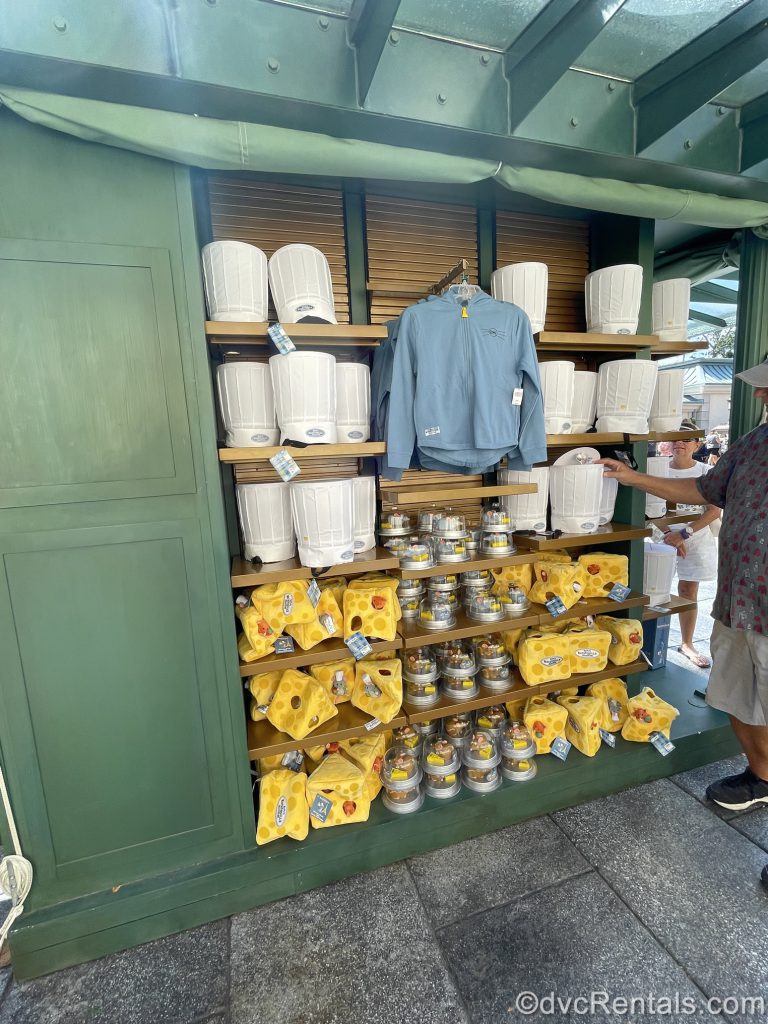 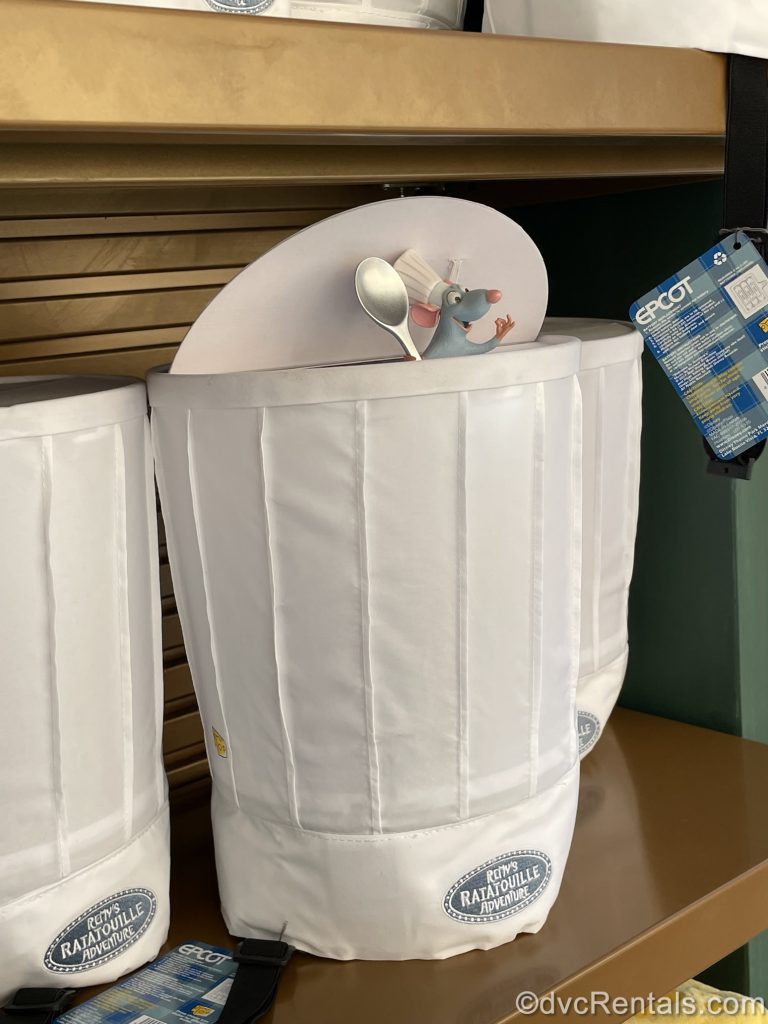 Remy’s Ratatouille Adventure does not use a stand-by queue, it has a Virtual Queue system that we’ve seen before with Star Wars: Rise of the Resistance. There will be 2 boarding pass distribution times daily, one at 7:00 am and another at 1:00 pm. Guests can book one boarding pass each day (it is also necessary to have a reservation to enter Epcot).

Remy’s Ratatouille Adventure is a family friendly ride. There are no drops or inversions and it is not frightening or overly dark. A small word of warning: Due to some spinning and unpredictability of the direction your rat-mobile will move, if you are prone to motion sickness you might feel a bit queasy after riding. All in all, it’s a very cute experience, and the ride as well as the restaurants and theming make this a great addition to the France Pavilion. 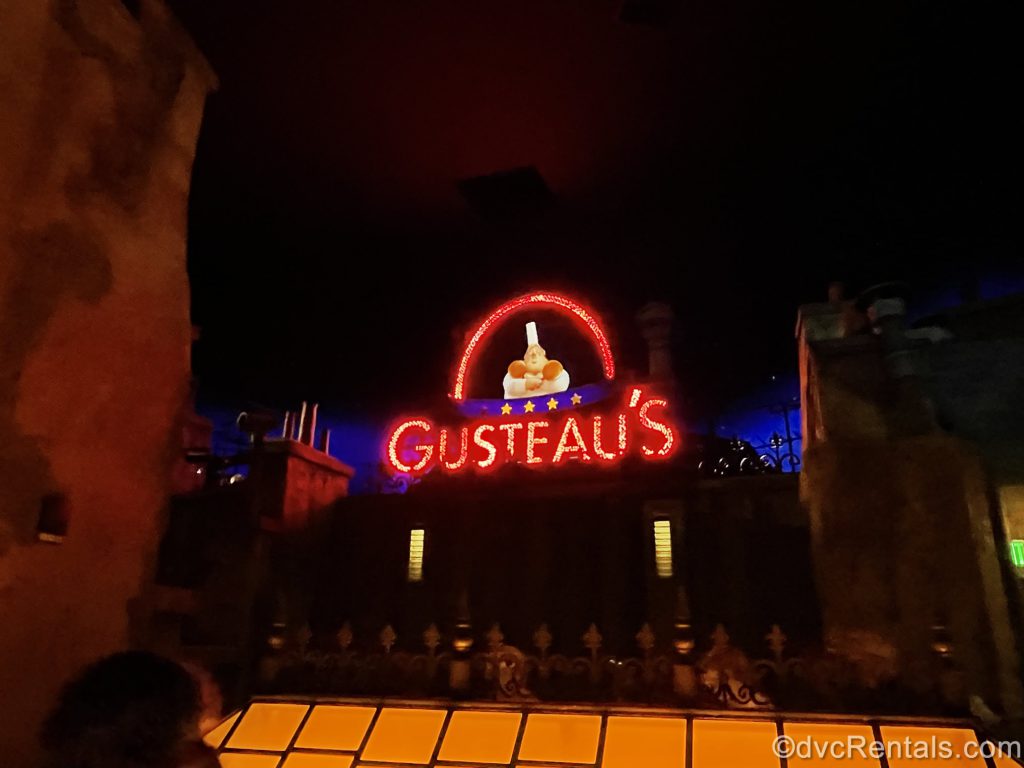