Most everyone loves seeing pictures from their Walt Disney World vacations.  Naturally, we can take our own, but there is a great service offered that you might want to take advantage of.  It’s called PhotoPass, and this blog will explain the system and the different options you have when you use it. 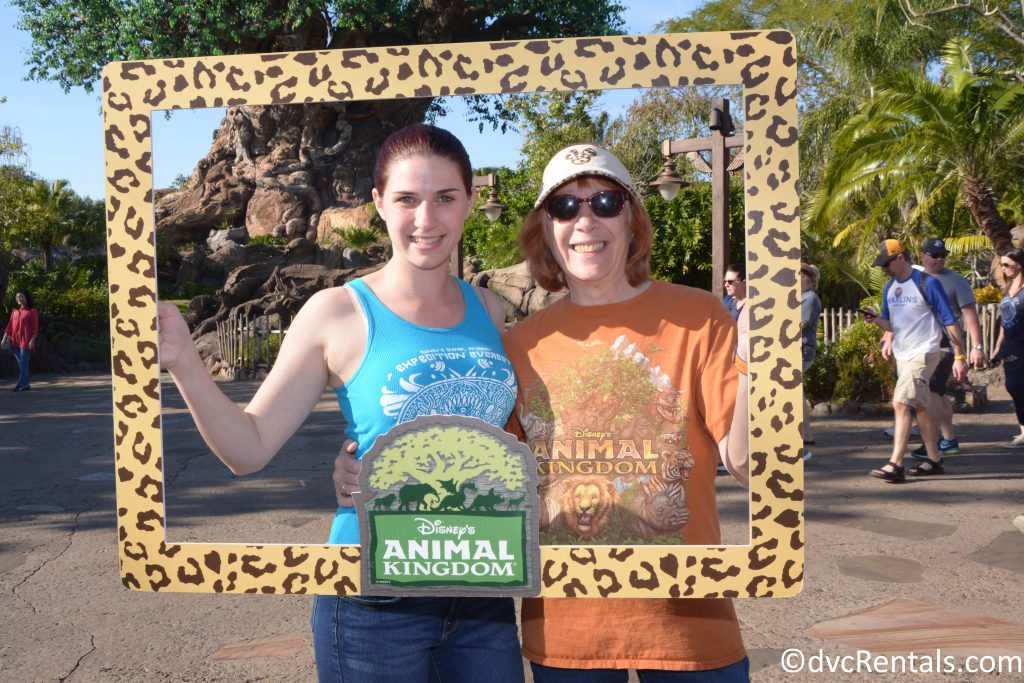 First, it is necessary to understand that PhotoPass can be used by any guest.  You will see PhotoPass photographers (look for Cast Members wearing tan vests, holding camera equipment) all over the four main parks, both water parks,  as well as certain spots in Disney Springs. You will also see them at most character meet and greets.  A number of dining locations, such as Cinderella’s Royal Table in the Magic Kingdom, have PhotoPass photographers. 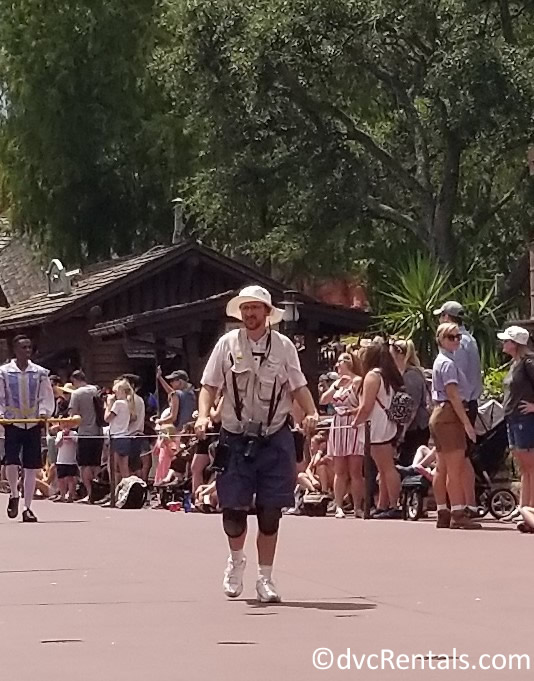 As an added bonus there is Disney Springs PhotoPass Studio in the Marketplace area of Disney Springs near Ghirardelli. There you can pose in front of a Green Screen and get some really cool and unique shots.

The Cast Member will take your picture and then touch your Magic Band with a device, or, if you don’t have a Magic Band, they will give you a card to link the picture to your My Disney Experience account. You can then go to your account, or a special PhotoPass location in one of the parks, and choose the photos you like best.  Prices for regular photos are as follows: $18.95 for a 5×7 Print or two 4×6 Prints; $20.95 for an 8×10; $16.95 for a digital download. If you just plan to buy a few photos, this will work fine for you. 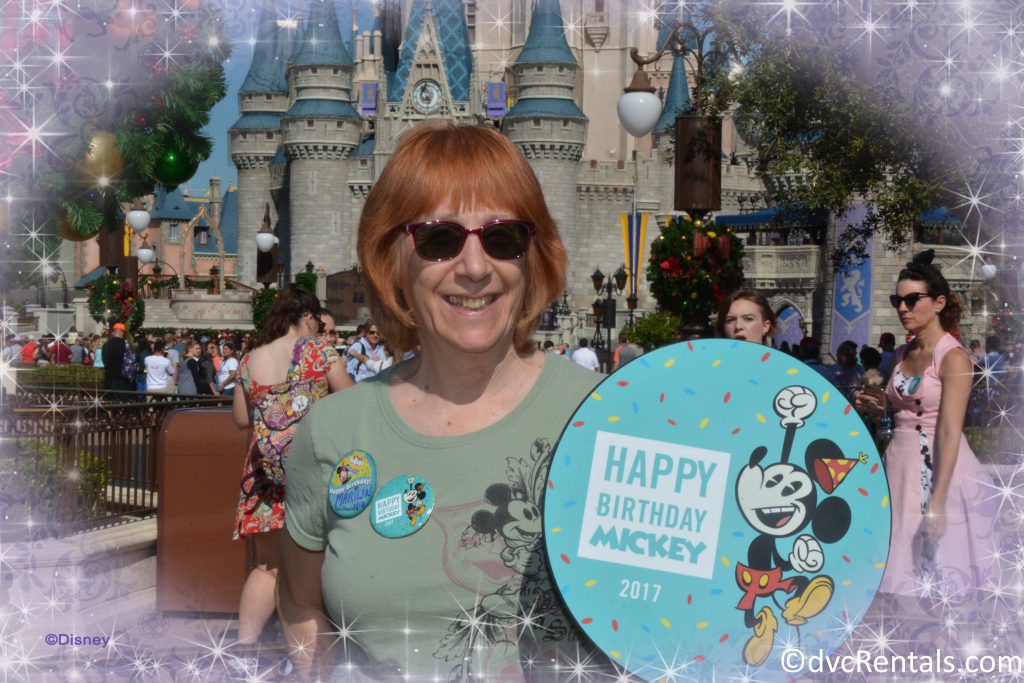 However, if you would like to have multiple photos to keep, for $169 you can buy Memory Maker, which entitles you to unlimited photos during your stay. You can download them yourself and make your own prints if you desire (with whatever print program you choose, it does not have to be printed by Disney).  Be careful though, once you are home the service (and access to your pictures) will be gone in 45 days. Don’t forget to download and save them prior to that!   Those guests who have Premier, Platinum Plus, Platinum and Gold Annual Passes are entitled to all the PhotoPasses you desire for FREE.  And these photos stay available for much longer; you can view and download your pictures for up to 365 days! 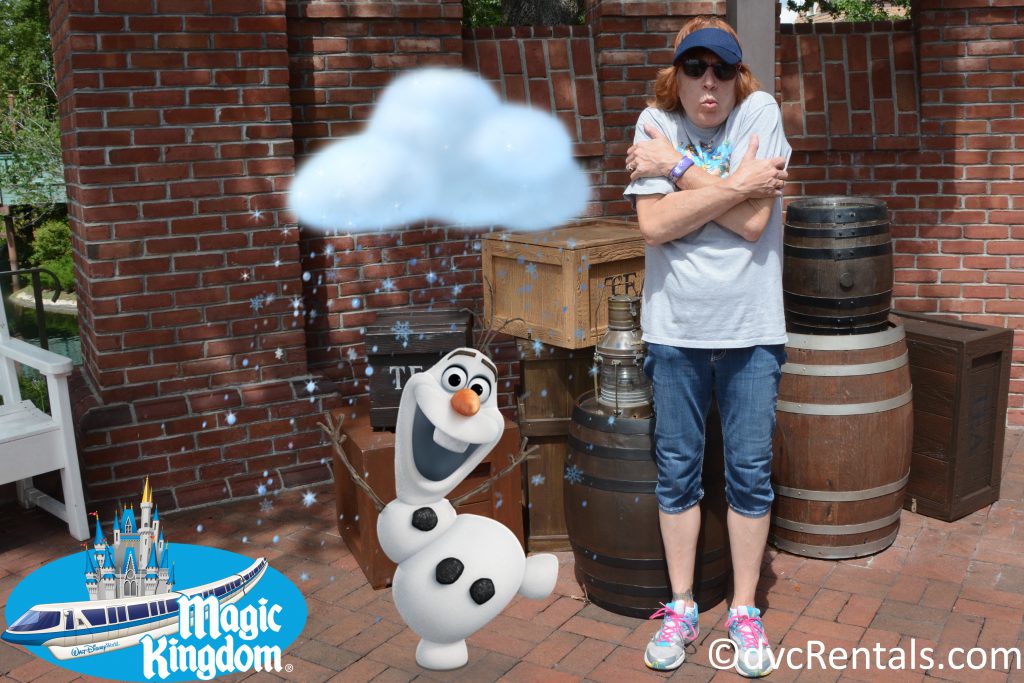 If you plan to buy Memory Maker, do so at least three days before you arrive at Walt Disney World. The cost will be $169.  If you buy when you are there the cost is $199, and there will be a 3 day waiting period before you can start using it. If you don’t have one of the Annual Passes that qualify for free Photopass, $169 may seem like a lot of money, but you really do get a lot with Memory Maker. Not only are you entitled to pictures from the roaming PhotoPass photographers, any attraction at Walt Disney World that takes a photo during that attraction is also included in the deal, as well as pics at certain restaurants, (as mentioned above). 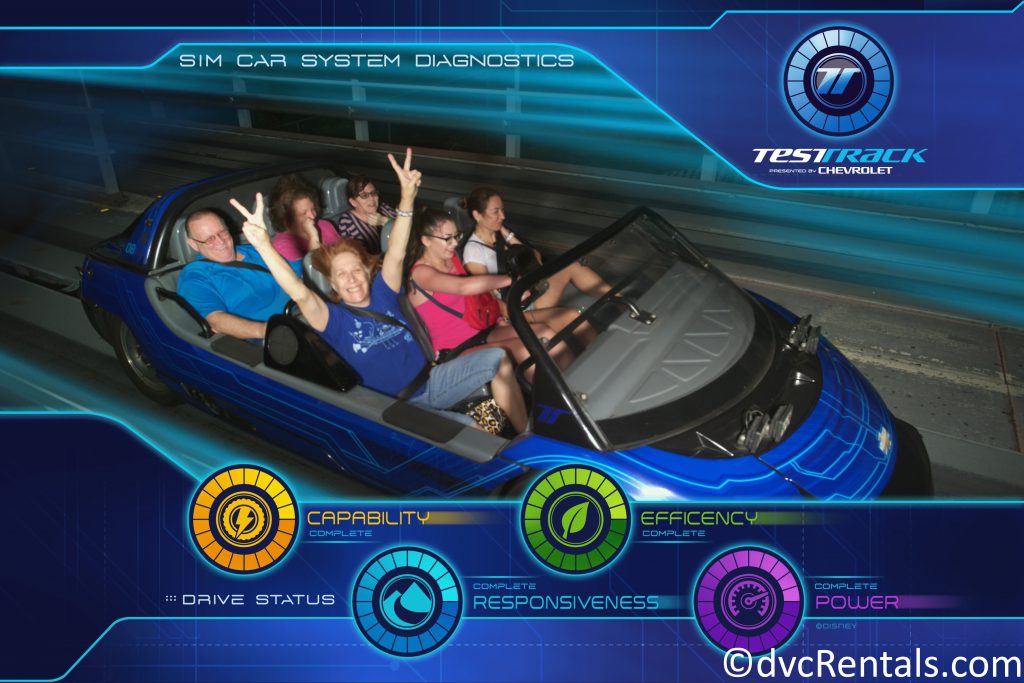 Additionally, the photographers not only take regular pictures, many (but not all) take what are referred to as “Magic Shots.” These pictures are particularly fun.  The photographer will tell you to hold out your hands or to point to the ground or the sky, or they might direct you in some other way. If you do as instructed, you won’t see anything different when they take the photo, but when you see it, there will be a special addition to the picture. For example, when you are told to hold out your hands most of the time a character will be magically inserted into the picture.  It may look like you’re holding Tink or Chip the little cup, in your hands.  Often you will be instructed to make a surprised face, or a funny face, depending on what is being added. 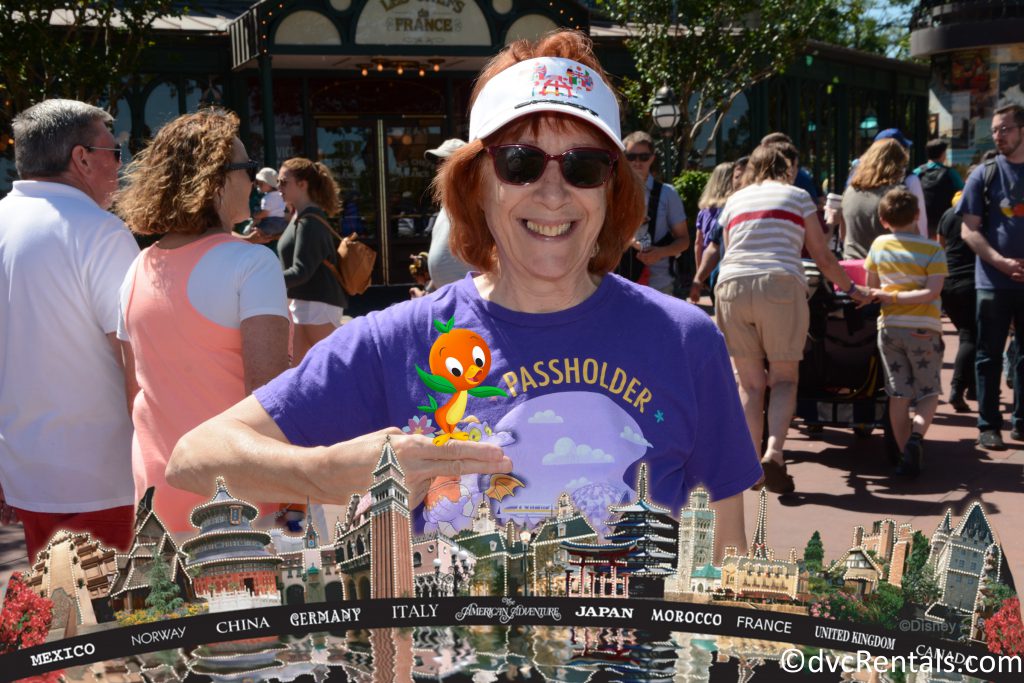 I have one of my friend and me, in which when the pic was taken, the Cast Member asked us to hold up our hands like claws facing the camera, and to make a scary face. When I saw the pic we had Mike from Monsters, Inc in the picture with us with his hands held the same way, and he was making the same face.  Play along with whatever they ask you to do, the more you get into it the funnier and more enjoyable the Magic Shots will be. 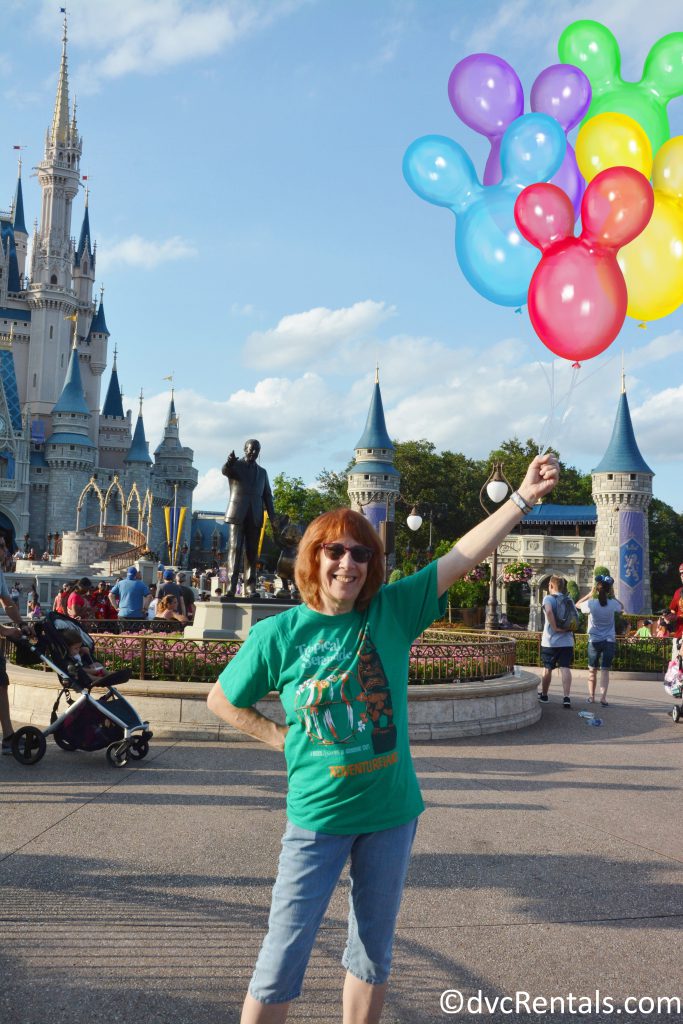 If you really like the special photos don’t hesitate to ask the photographer if he or she does Magic Shots. Sometimes they will only do them when asked; other times they take it upon themselves to take them.  Not every PhotoPass photographer has the ability to do Magic Shots, so if they turn you down that is why (usually they will explain this). As a bonus if you are at any special events, I.e., Epcot International Food & Wine Festival; Epcot International Flower & Garden Festival; Mickey’s Not So Scary Halloween Party; Mickey’s Very Merry Christmas Party, there will be unique Magic shot opportunities not found elsewhere. 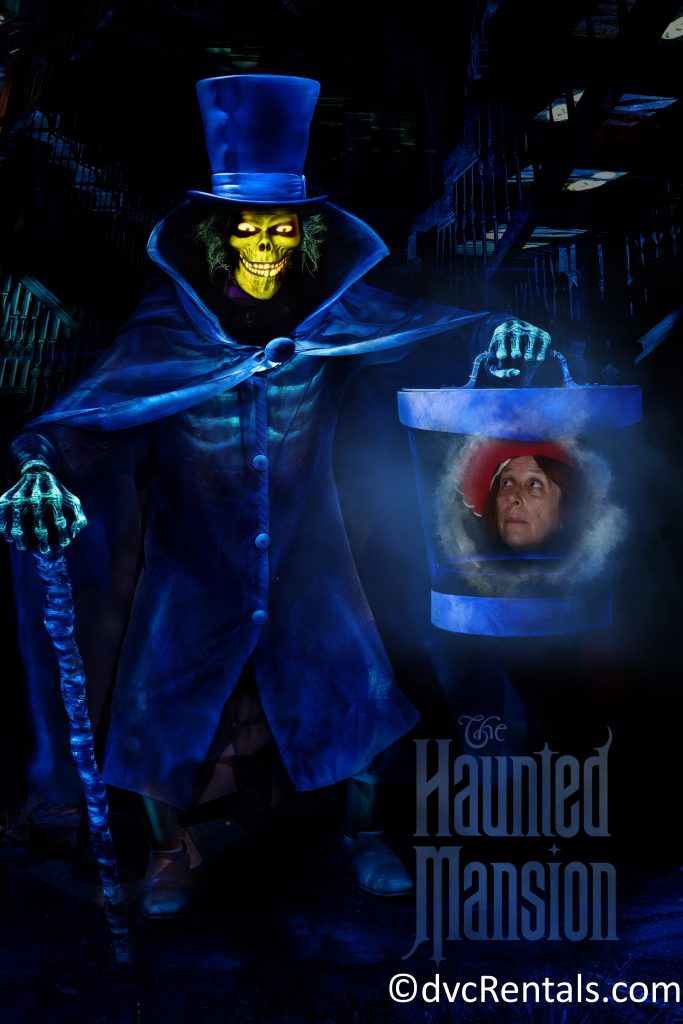 The Photopass photographers themselves are very accommodating to guests. Let’s say you are visiting with another family.  The photographer will happily take pics of the whole group, then of each family separately, than of just the kids or just the adults—whatever you request.  Of course, you want to be mindful of other guests waiting and not take too long with your group. By the way, the PhotoPass photographers will also take shots with YOUR camera, whether you have purchased or are entitled to free Memory Maker or not. Sometimes I ask for both, the pic for Memory Maker and a pic on my own camera. They always are glad to oblige. 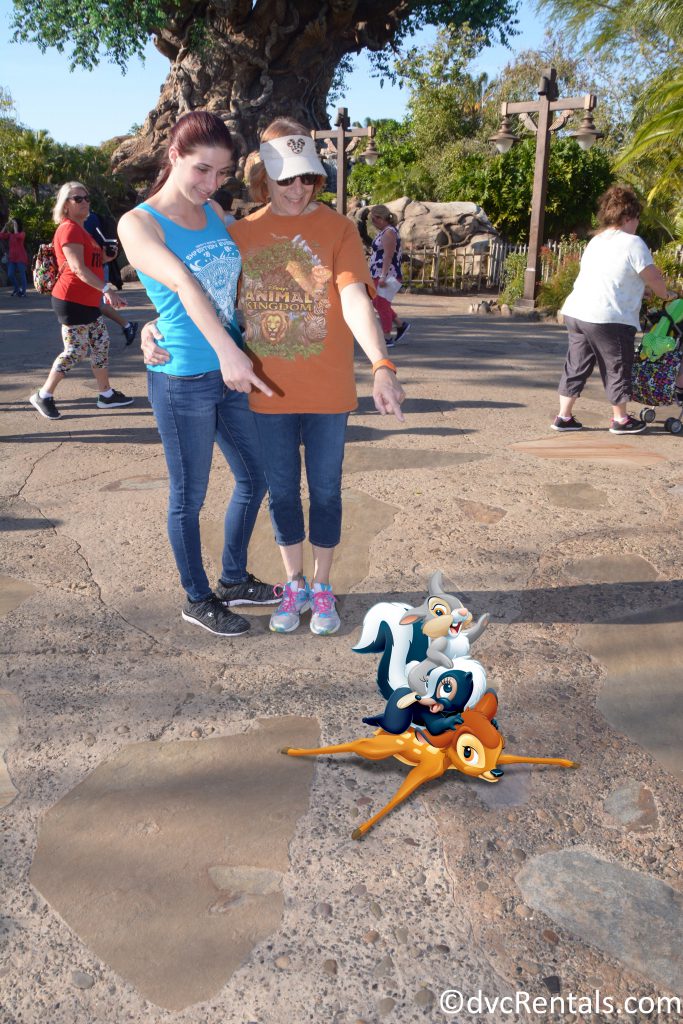 When you view your PhotoPass pictures often there will be surprises. For example, recently I rode Buzz Lightyear in the Magic Kingdom. In addition to my photo, I received a “recorded message” from Buzz telling me how well I played and thanked me for going on the attraction. I have also had short (a few seconds long) movies show up that I did not expect, I.e., Tinkerbell flying over and sprinkling pixie dust on me when I posed by the Cinderella Castle in the Magic Kingdom.

Once you download your pictures via your My Disney Experience Account, you have many options to enhance them or share them as you so desire.  You can add stickers and/or frames to the pictures that Disney provides for free on My Disney Experience. The original picture will still be there, but so will the picture you jazzed up with whatever stickers or frames you chose. 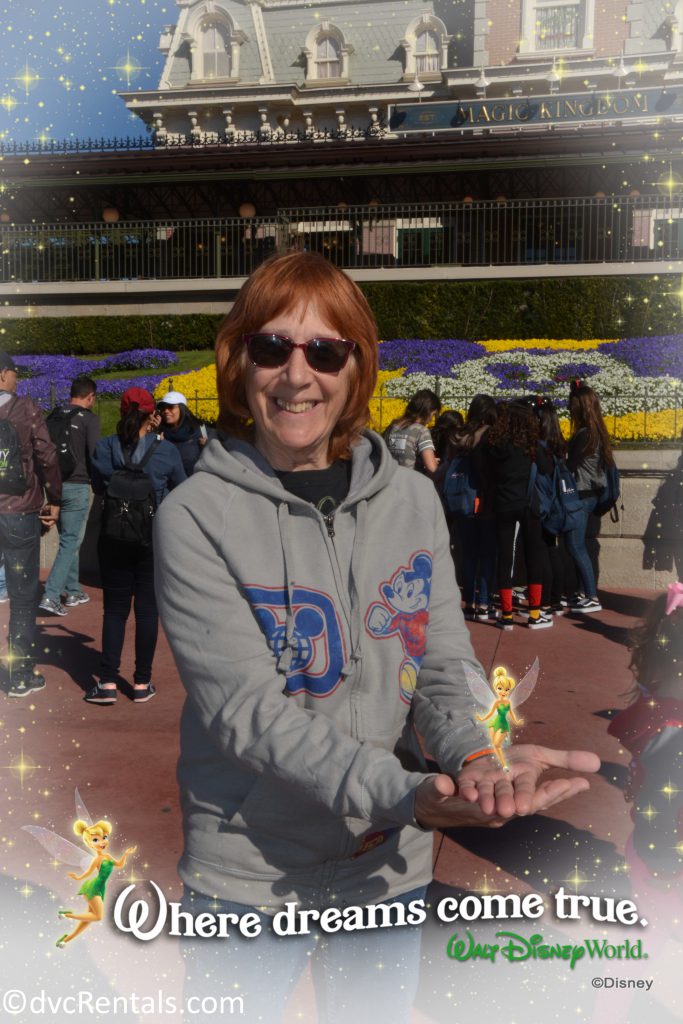 It’s a lot a fun to play around and make the pictures even more magical. As noted earlier, you can print the pictures or save them to view on your computer.  You can also share the pictures with anyone you like once they are downloaded. 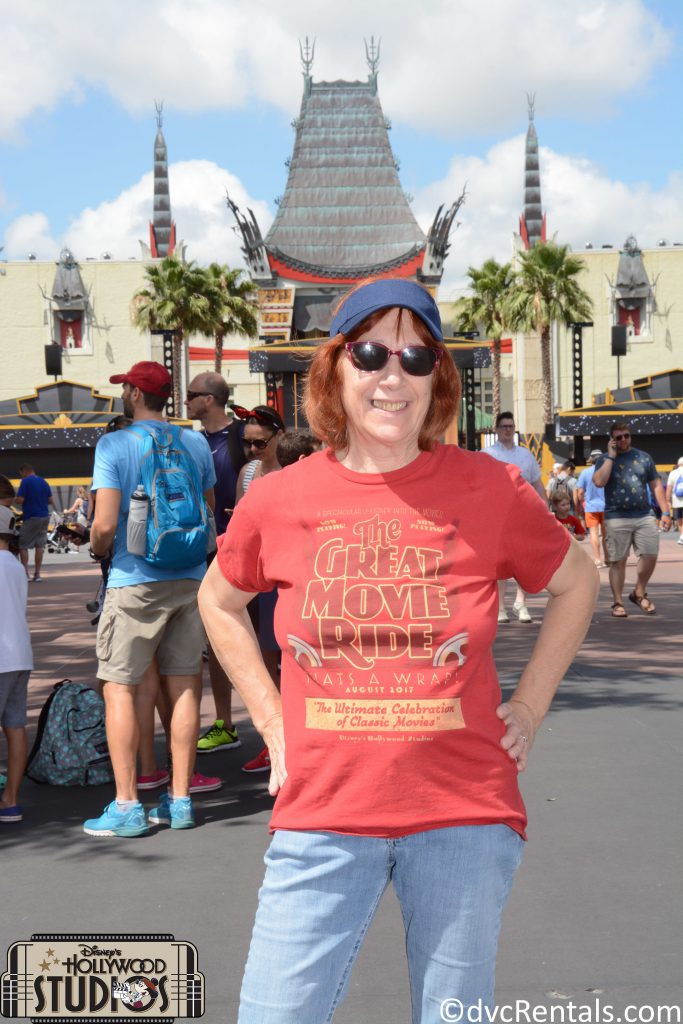 I realize $169 is not a drop in the bucket for many families, but if it won’t break your budget I highly suggest getting Memory Maker, especially if your trip is more than a couple of days. As stated earlier, you CAN buy individual pictures without getting the Memory Maker, but the cost of buying or downloading them adds up quickly.  Plus, it is really nice to be able to take as many pictures as you want, and then to edit and have fun with them and share them when you get home. I think it is like taking a piece of the magic back with you, as the variety of shots is outstanding, as is the quality, with very few exceptions. Usually, the line for pics is short; sometimes there is no wait at all.  There are a lot of PhotoPass photographers during the day, not as many in the evening. So don’t wait, start using the service as early as possible to maximize your purchase. And for those who are entitled to free PhotoPass, definitely go for it!  You have nothing to lose and everything to gain. 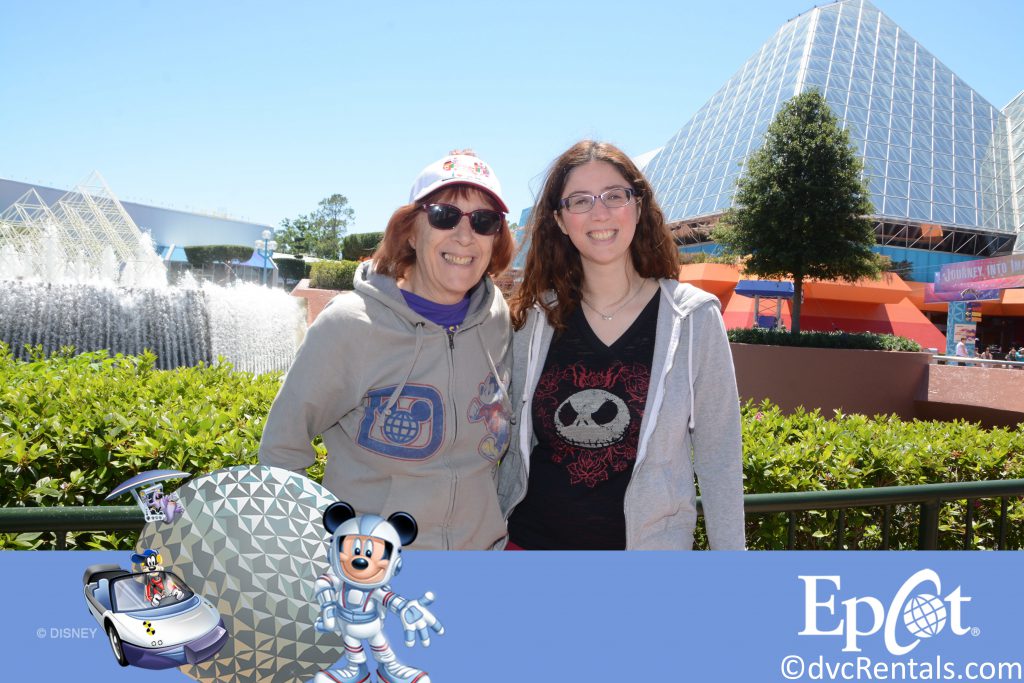