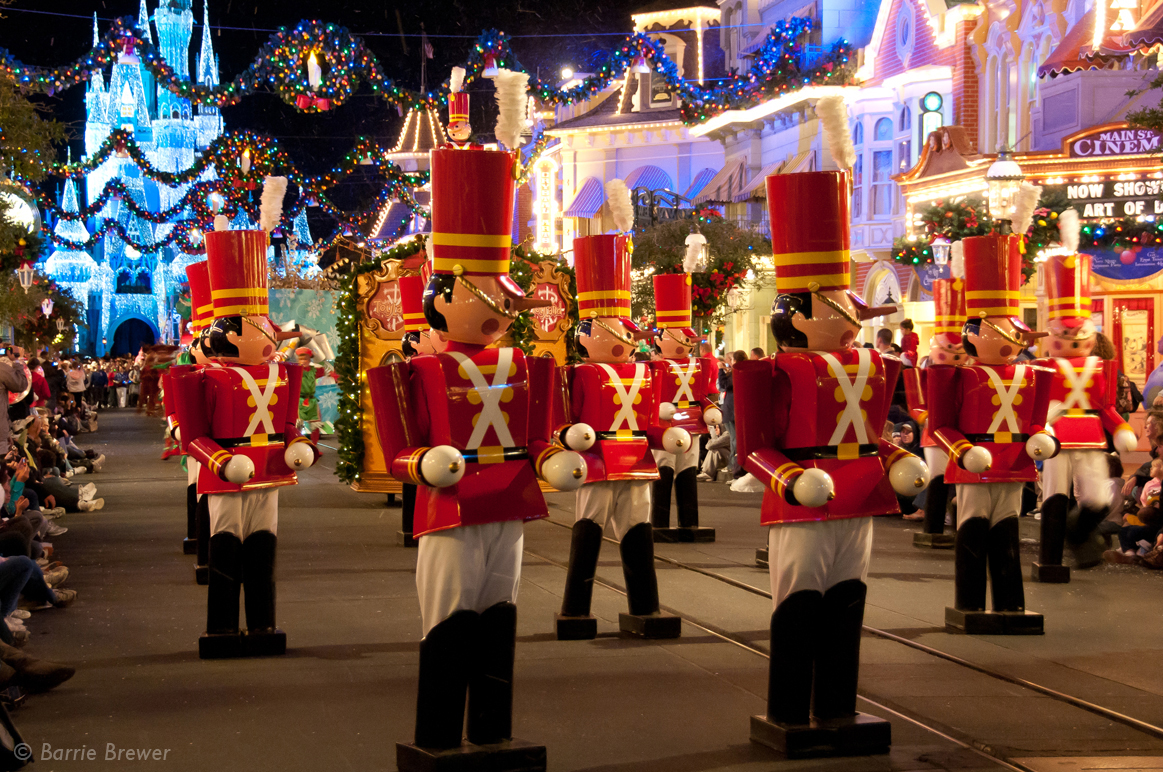 November is an interesting month to visit Walt Disney World. In the real world, Halloween and Christmas are nearly two months apart, but in the magical world of Disney only a few days separate these two holidays! In November, if you time it right, you can experience both Halloween and Christmas during the same vacation. Watch as Magic Kingdom Park transforms from Halloween to Christmas. For those of you visiting Walt Disney World this month, here is some information for your trip.

Weather-wise, November is one of the best times to visit Florida. The humidity is pretty much gone. The temperature will be moderate, with highs in the mid to upper 70s and lows in the mid 50s. The average precipitation is just 2.32 inches. Although hurricane season goes through the end of the month, most hurricane activity has passed.

Two busy times this month occur around Veterans Day weekend and Thanksgiving week. Jersey week and the Wine & Dine Half Marathon contribute to the crowds over Veterans Day (11/11) weekend. That is also the final weekend of the Epcot International Food & Wine Festival, the opening of the Osborne Family Spectacle of Dancing Lights, and the first Mickey’s Very Merry Christmas Party of the season – all of which are likely to bring more people than normal into the parks. Tuesday through Saturday of Thanksgiving (11/22) week will see crowd levels at their highest for the month. A good resource for knowing which park is likely to be the least crowded on a particular day is Touring Plans.

The Epcot International Food & Wine Festival comes to a close this month as well, ending on November 12. You can learn more about it here. One of the dearly loved activities of the Epcot International Food & Wine Festival is the Eat to the Beat Concert Series. The concerts are included in your Epcot admission and are performed at the America Gardens Theatre nightly at 5:30, 6:45 and 8pm. Here’s the schedule for November (subject to change, of course):

The 37th Festival of the Masters, an open-air fine arts festival, will be held in the Downtown Disney area November 9 – November 11.

Starting at 10 pm on November 10, the Disney Wine & Dine Half Marathon will wind its way through 3 parks, finishing with an Epcot International Food & Wine Festival after-hours party.

Beginning on November 16, guests can get their picture taken with Santa Claus during Festival of the Seasons at Downtown Disney.

Here is a list of the closures that you may encounter in the parks when visiting in November. The AllEars website has a comprehensive listing of closures and rehabs at Walt Disney World. Rather than reinvent the wheel, I’ll direct you there for detailed information.

That wraps up my preview for November. Watch for what to expect in December to be posted at the end of this month.