Magic by Moonlight – Disney After Hours!

The Disney parks are my favorite place to visit, no matter what time of day. However, I personally think they take on an extra glimmer of magic in the evening hours after the sun has set.  On a recent trip to Walt Disney World, I finally had my chance to attend one of the Disney After Hours events, and the magic I experienced did not disappoint! 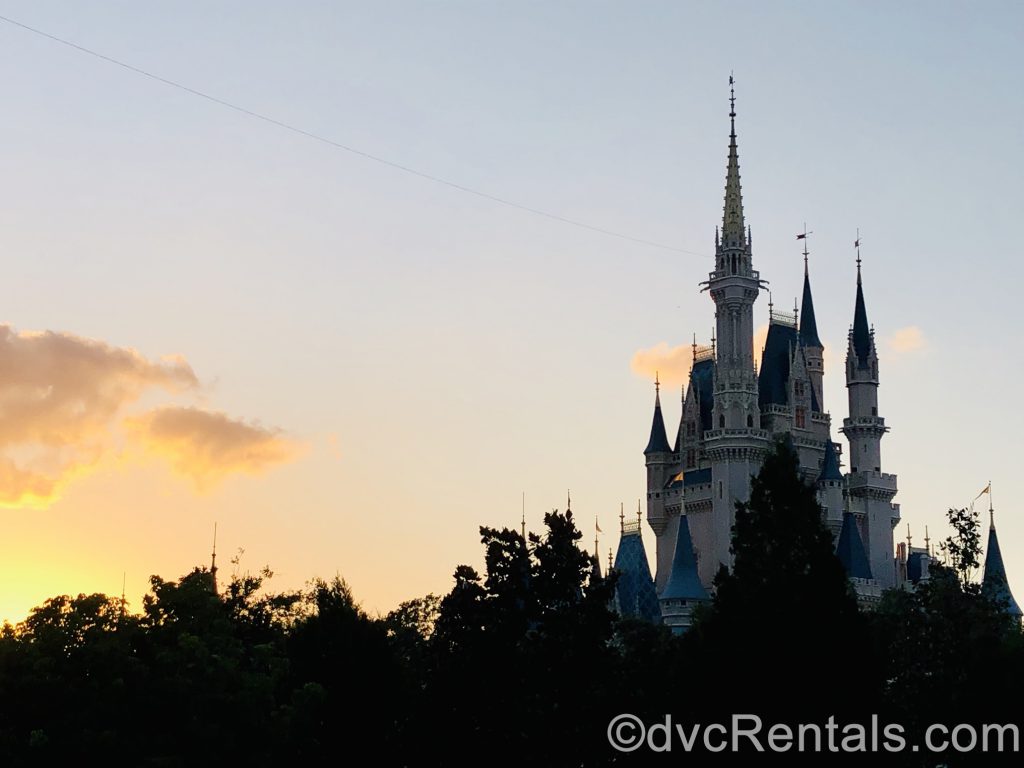 The premise is pretty simple, for three hours after the park has closed to the public, guests who have purchased Disney After Hours tickets are able to experience more than 20 rides and attractions! There is a very limited number of tickets sold for these events, so it is the perfect time to take advantage of some of the shortest wait times I have ever seen in the park! 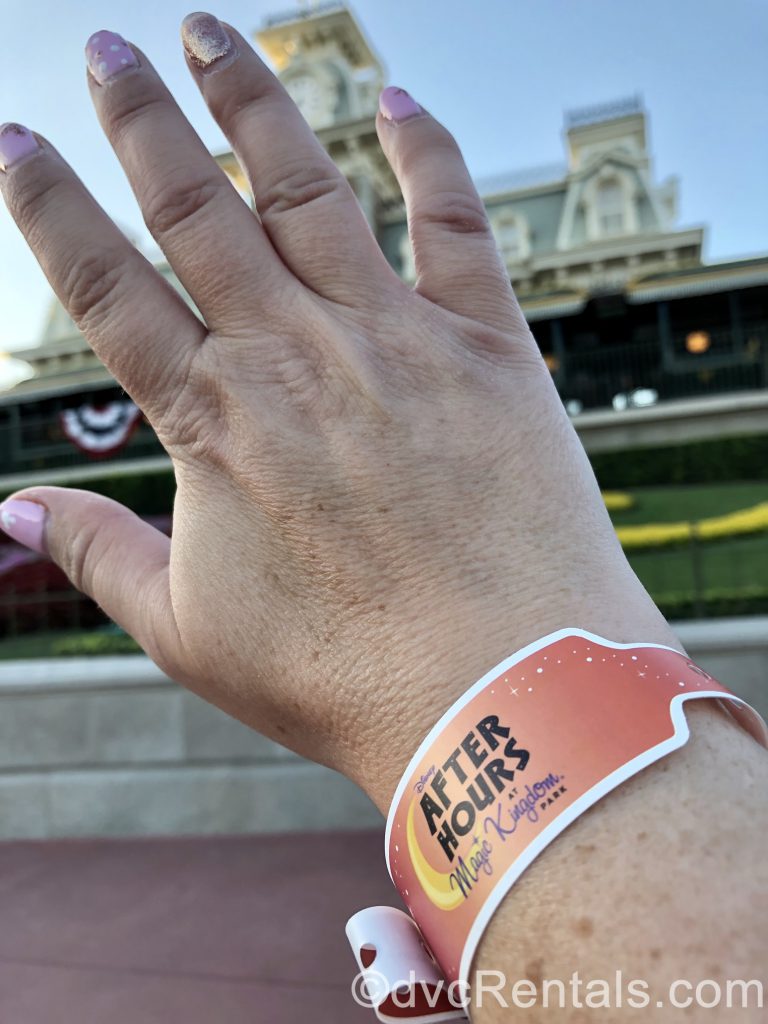 This is a hard-ticketed event that is not included in your regular park admission (similar to the Halloween or Christmas parties), so there is an additional cost, however, in my opinion, it was well worth the extra expense! Your After Hours ticket allows entry to the park as of 7pm the day of your event, so you can ultimately have up to 6 hours of park time for the cost of admission. 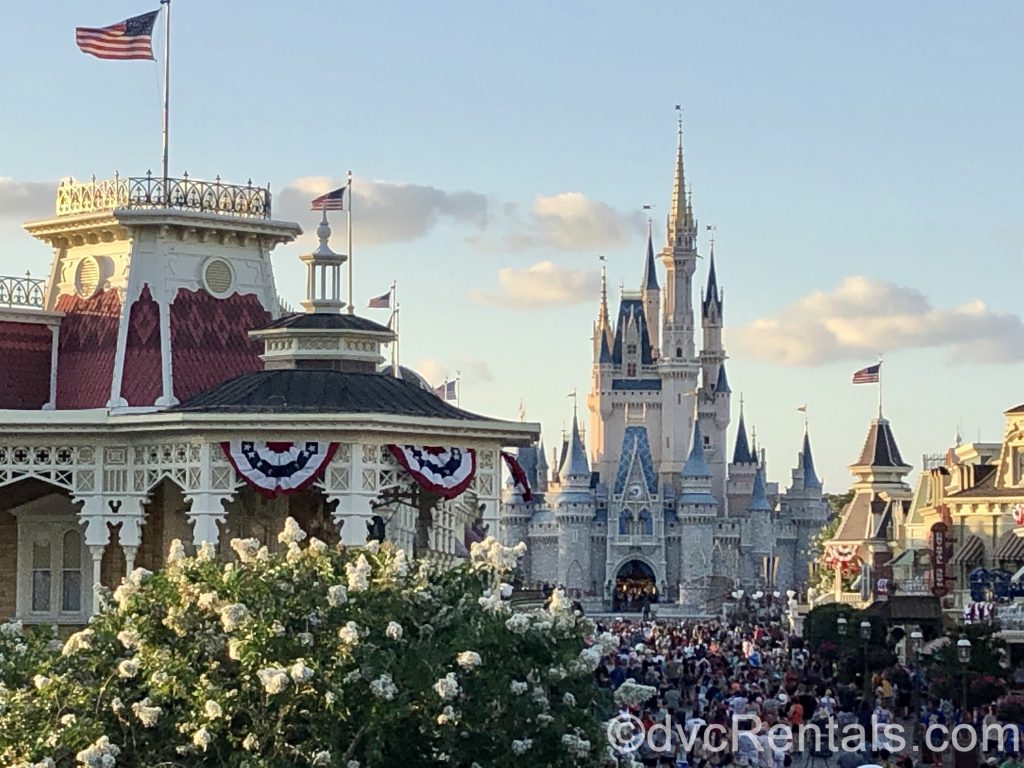 I arrived at the park turnstiles on the night of my event. I was greeted by enthusiastic and friendly Cast Members, who were equipping guests with the wristbands indicating they were part of the evening’s festivities! 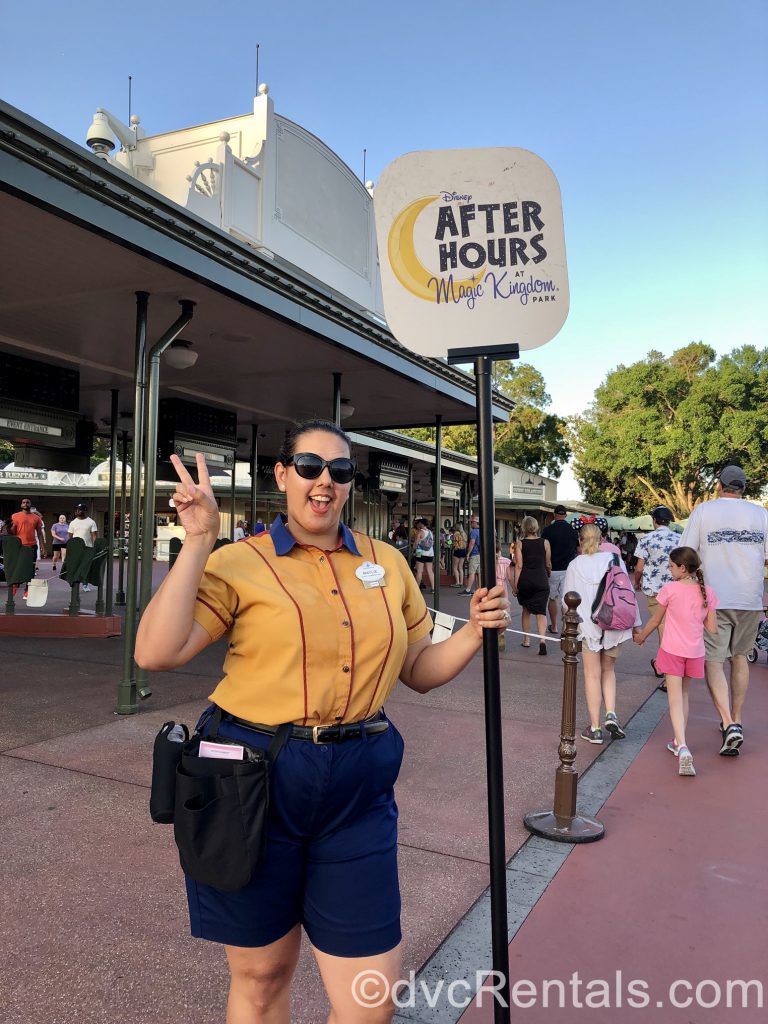 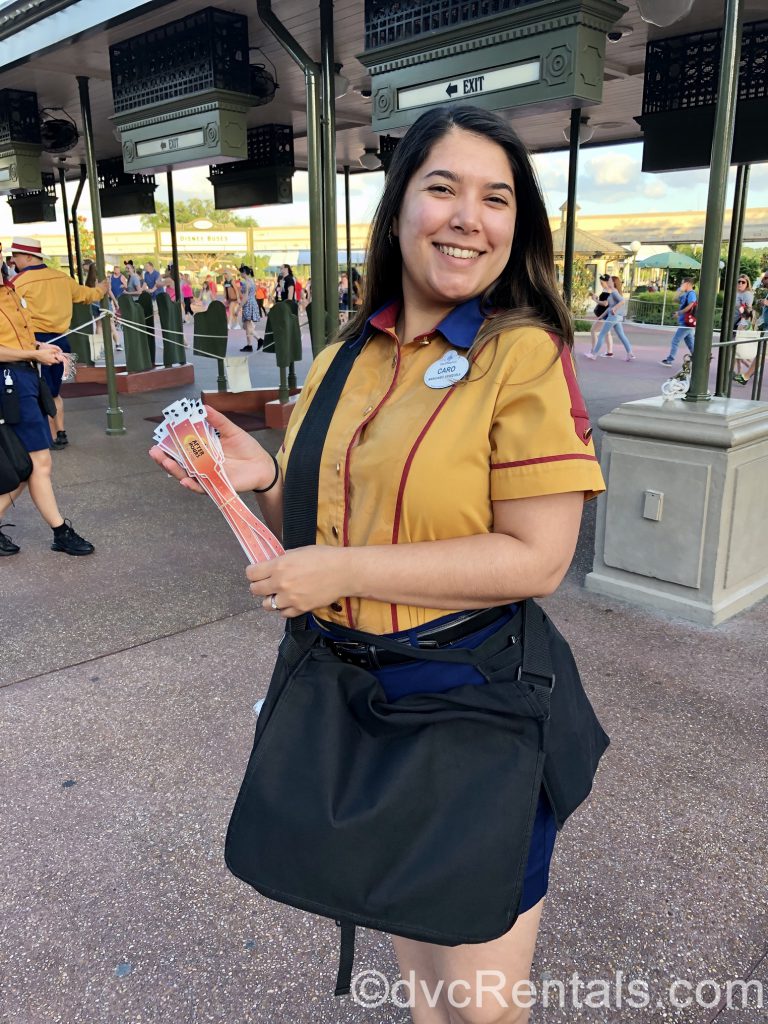 The park was still open to the general public at that time, so I took the chance to get some photos of the Castle, have a quick bite of dinner, and hovered on the edge of Main Street USA to watch that night’s Happily Ever After fireworks. Those who prefer to fully maximize their chance to get on popular rides with the lower crowd levels may choose to skip the fireworks on these nights, yet I still found that I had plenty of time to see everything! 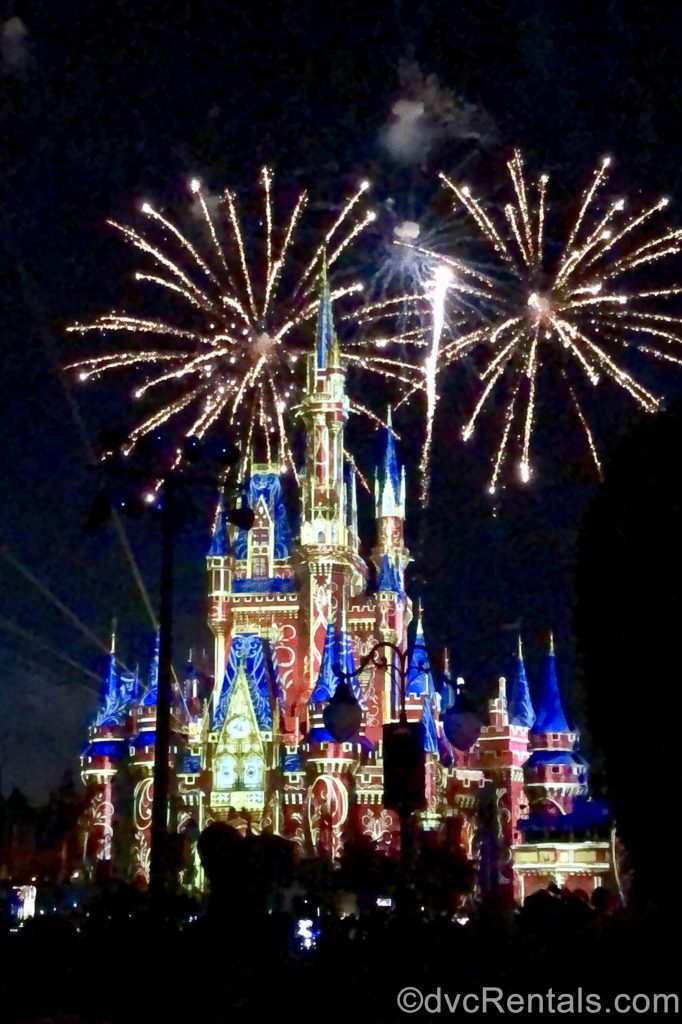 Once the spectacle in the sky had ended, and the crowds had cleared, the Magic Kingdom took on a completely different atmosphere. The number of guests left in the park had already dramatically decreased! I decided that I would work my way clockwise around the park, beginning with Adventureland, and as I made my way further away from the Hub, the number of people I passed became fewer and fewer. 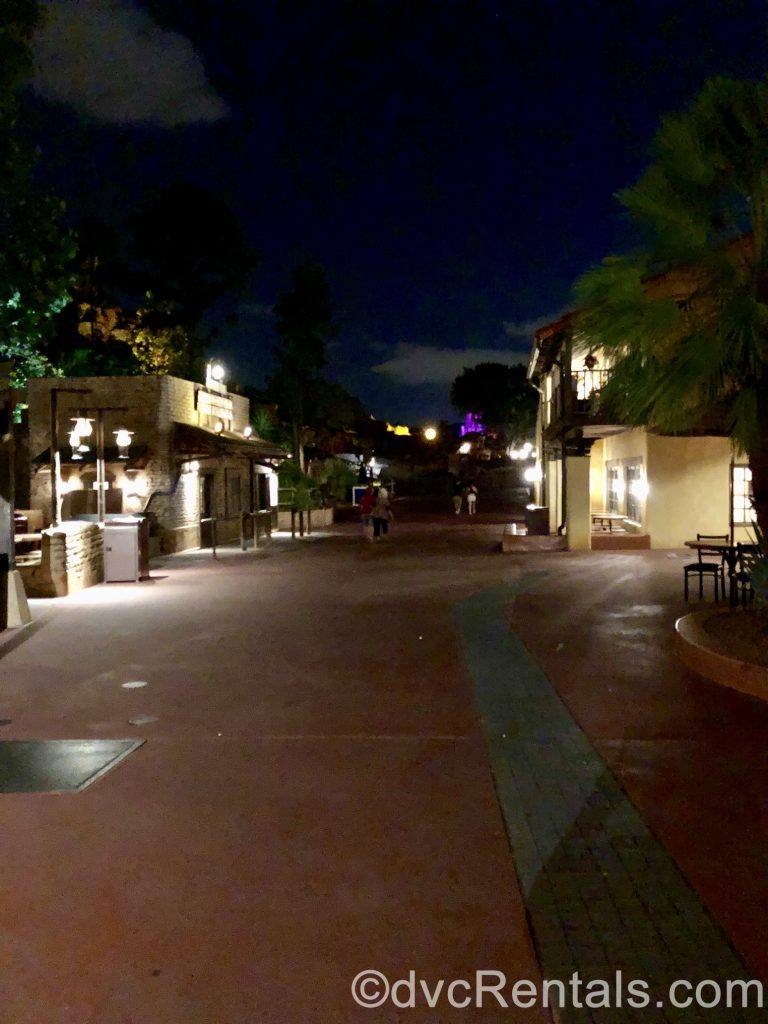 My first ride during the event was Pirates of the Caribbean. I made my way through the seemingly abandoned queue, and by the time I boarded my boat, I knew that tonight would be unlike any other. I was in my boat alone! There were no stowaways or scallywags in the boats ahead of or behind mine either! It was so cool to have the whole ride to myself! 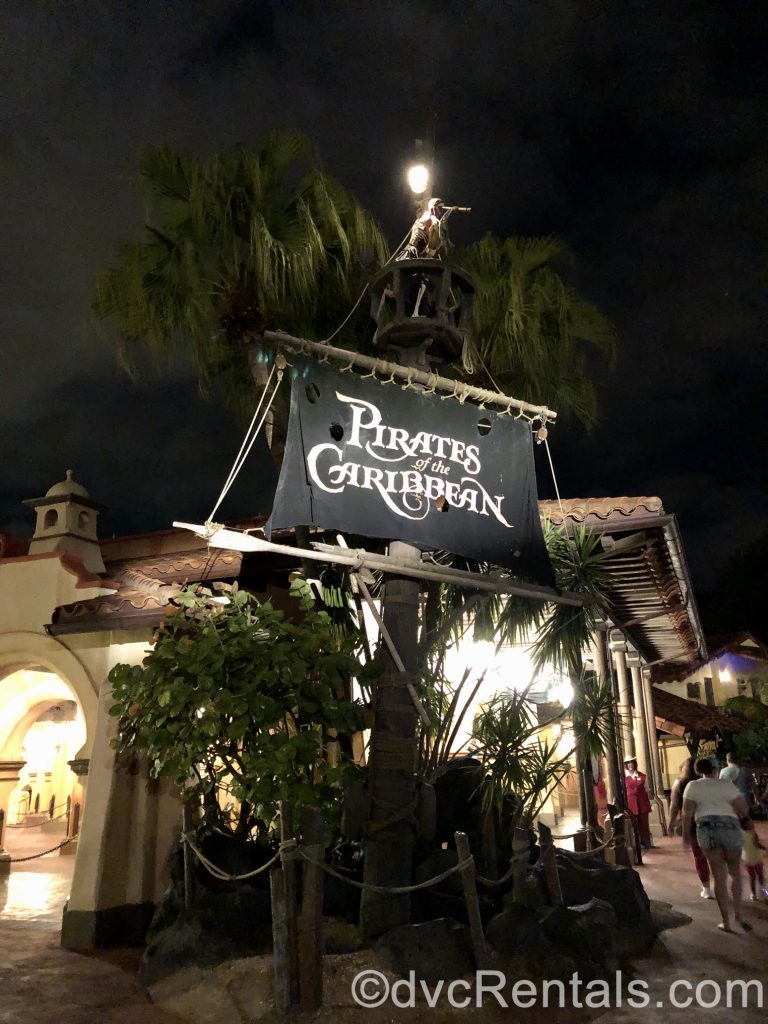 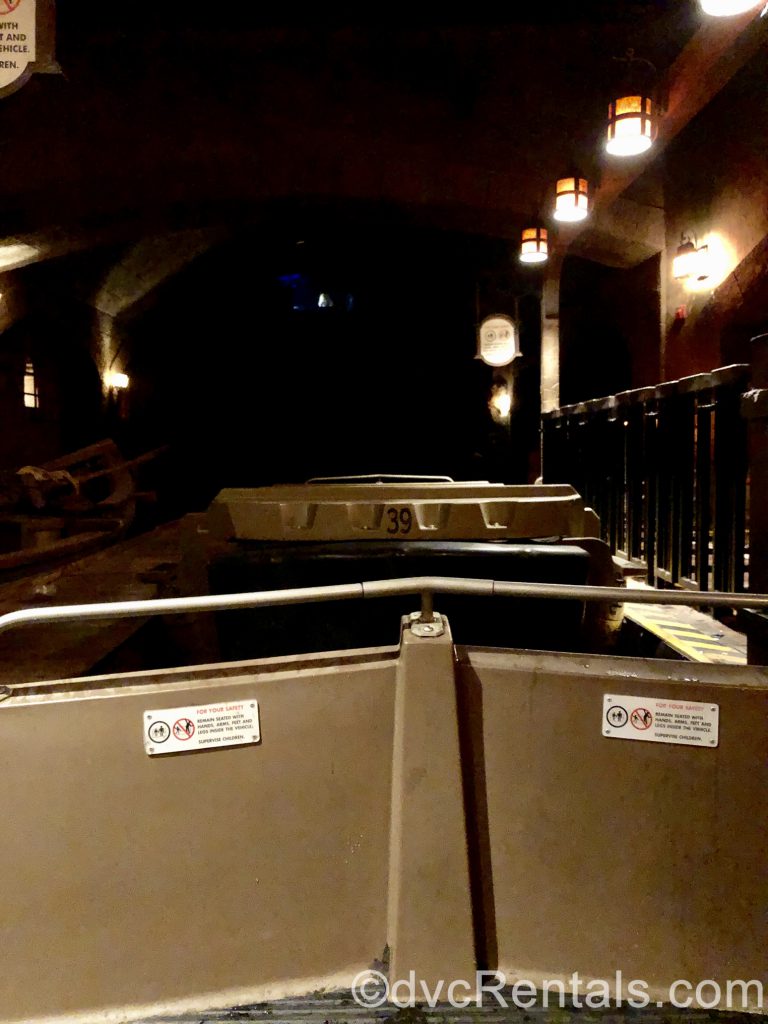 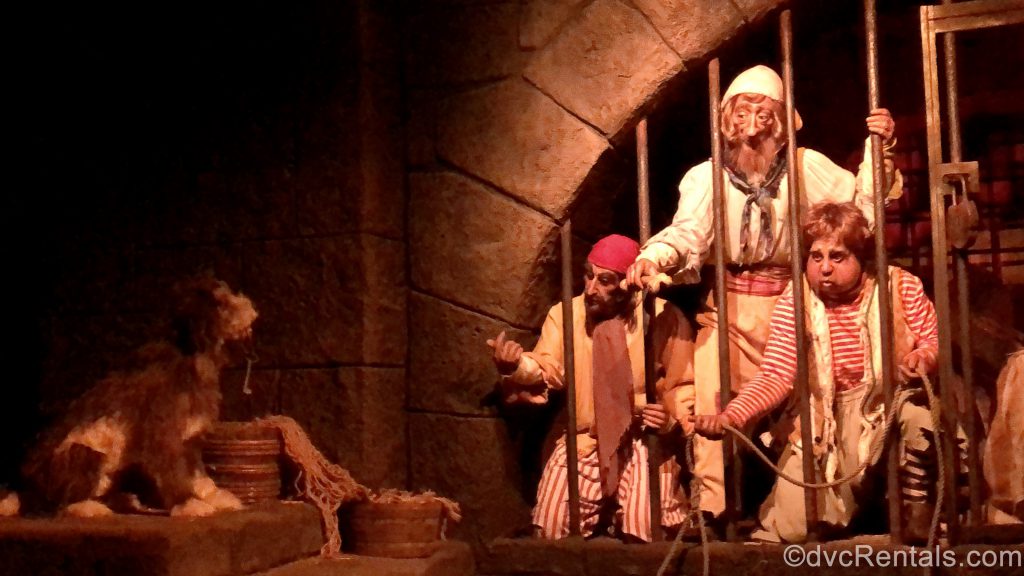 After hanging out with Captain Jack Sparrow and his pirate pals, I made my way to Splash Mountain. Once again, the queue was almost empty, and I was able to walk right up to the boarding area. As it was hot and humid, I didn’t have the whole ride to myself this time, but our vehicle was far from full! 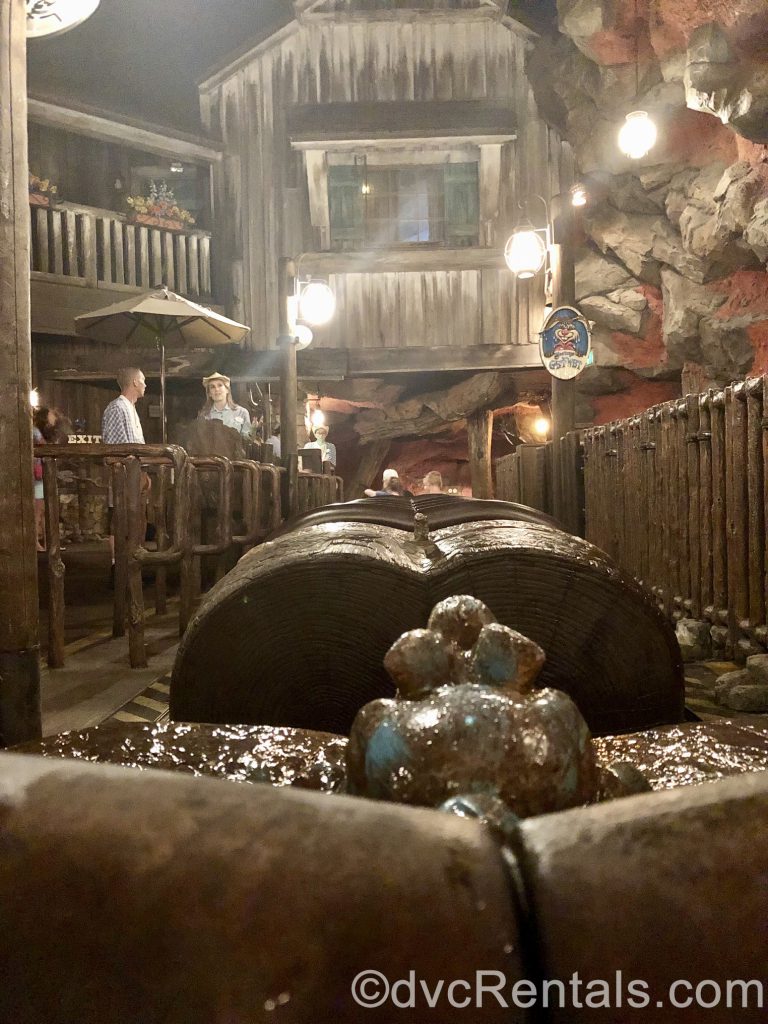 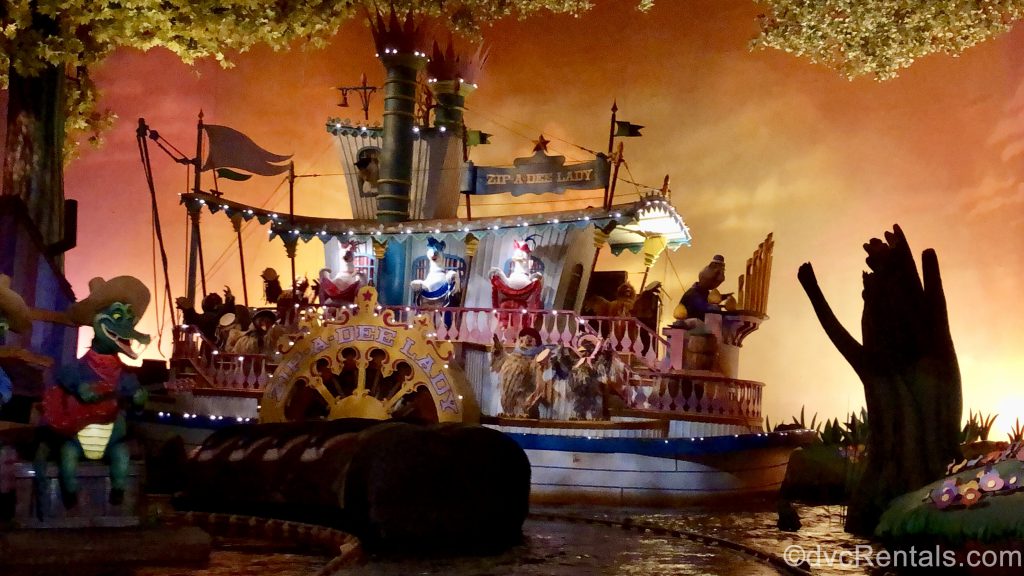 Big Thunder Mountain Railroad was next on my list, and while there were more After Hours guests milling around, I waited less than 5 minutes to experience the wildest ride in the wilderness! As this is such a popular attraction that can often have hefty wait times, I took the opportunity to ride twice!

Next up, it was time for my personal favorite – the Haunted Mansion! I was very excited to find the Gracey residence all lit up for the occasion, and wouldn’t you know it; I was the only happy haunt waiting to visit the silly spooks inside! Once again, I took the opportunity to “hurry back” a few times! 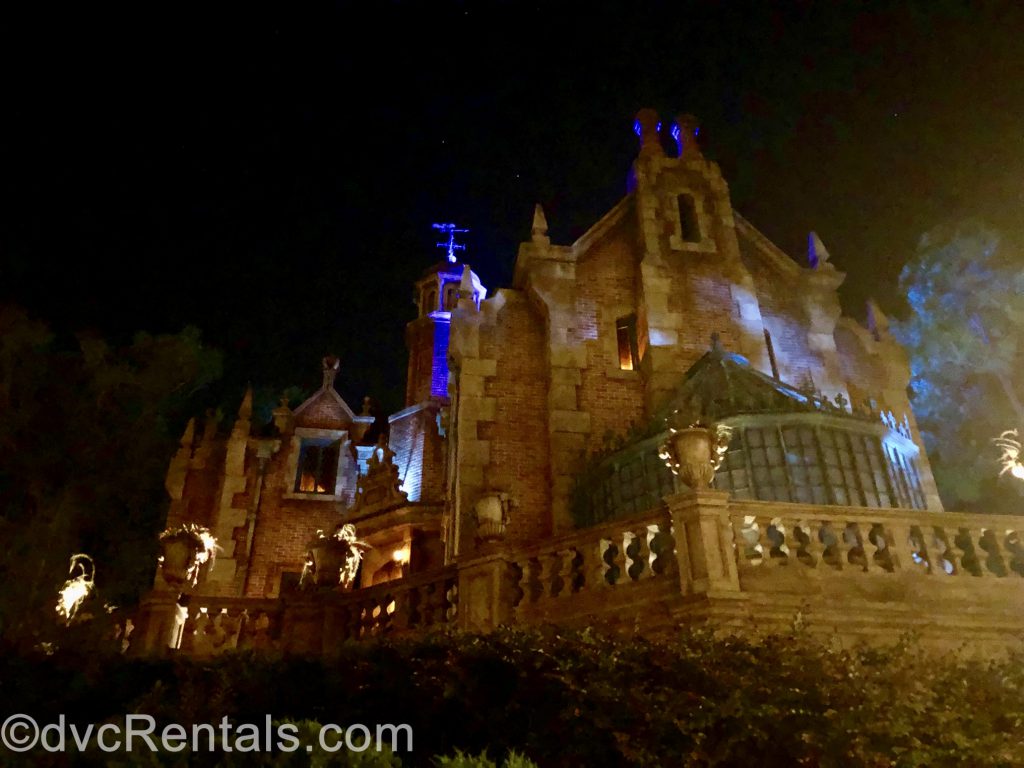 After my visits with Madame Leota, I decided it was time for a snack! For those who, like me, love Disney park popcorn, you should know that this buttery deliciousness, as well as soda, water, and ice cream delights such as Mickey Bars and Ice Cream Sandwiches, are included in the cost of your Disney After Hours ticket! That’s right; if you choose, you could spend your entire evening doing nothing but satisfying your rumbly tummy! 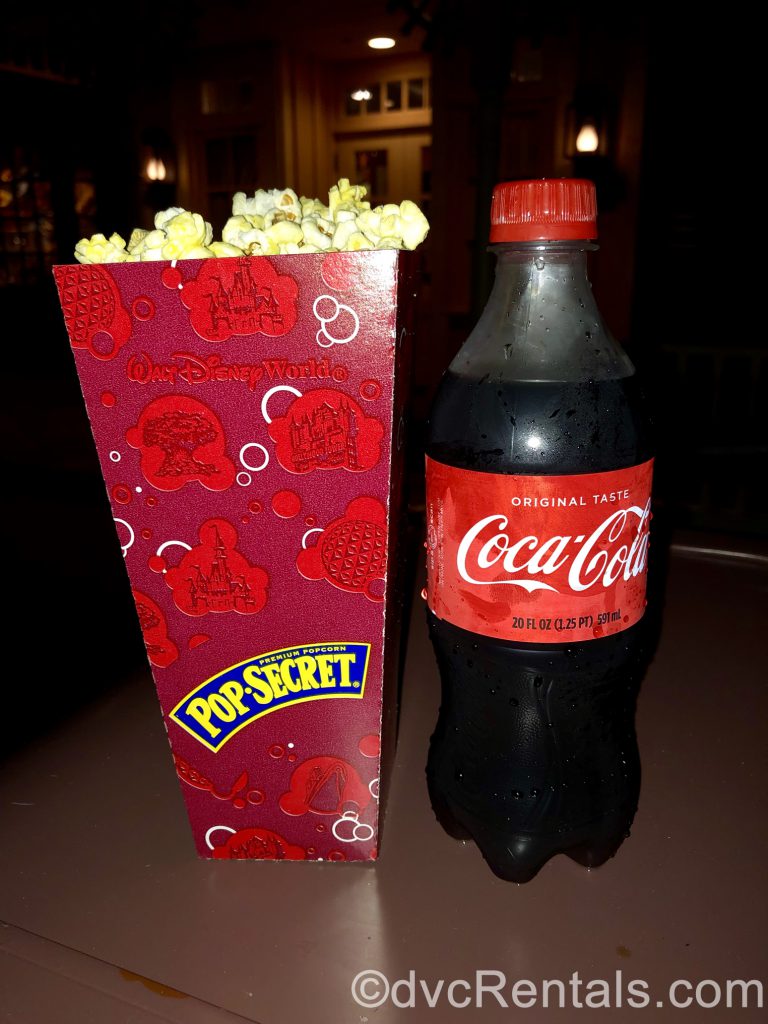 About an hour of event time had gone by at this point, and I still had a lot I wanted to accomplish! I quickened my pace for Fantasyland and visited It’s a Small World, went under the sea with Ariel, and ventured through the Hundred Acre Wood with Winnie the Pooh and his pals. Peter Pan’s Flight had unfortunately been temporarily closed, so I didn’t get the chance to visit the Darling children and their friends, however the attraction is intended to be open during the Disney After Hours events. As this is such a popular ride, it would be the perfect time for fans to make a few visits to Neverland without the usual extensive waits! For many of these rides, I was one of the few guests in sight, I truly felt like a VIP guest! 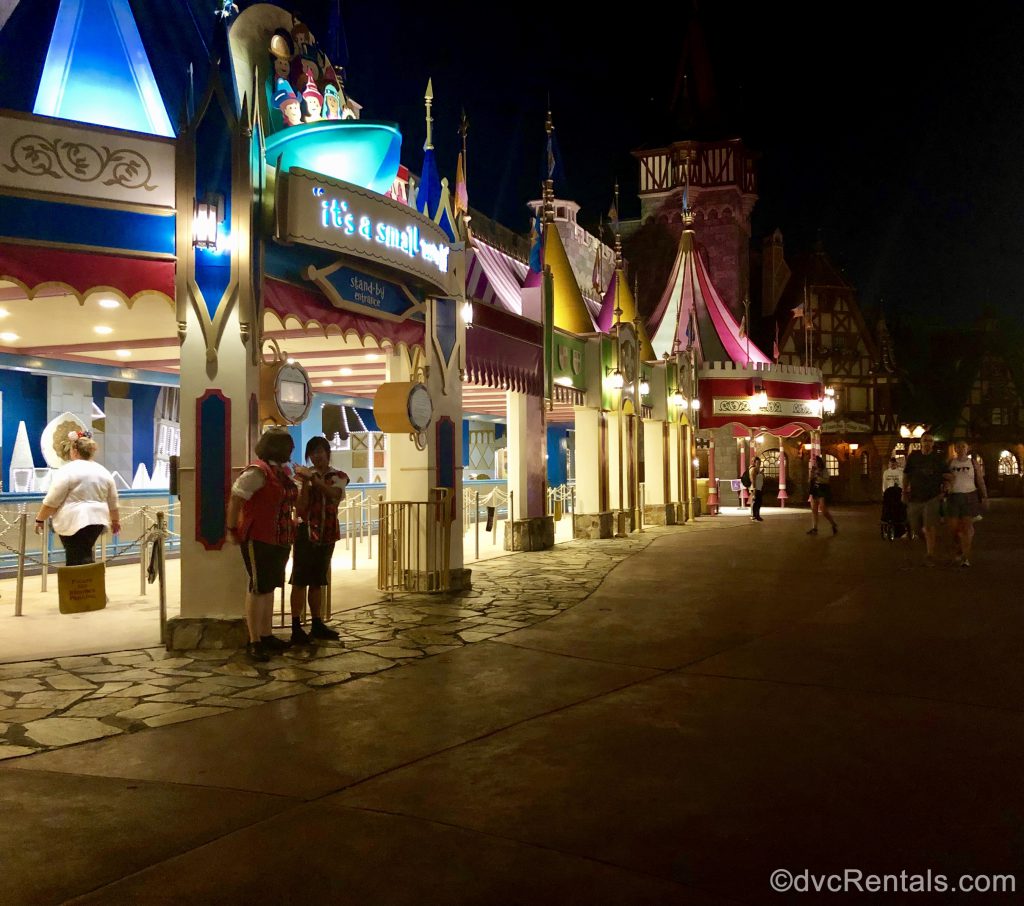 The one ride where I finally found myself face to face with more than a handful of other event guests was the Seven Dwarfs Mine Train. This was the longest wait I had for a ride through the night, and by long, I mean approximately 10 minutes! Earlier in the day, the wait times listed in the My Disney Experience app exceeded 2 hours, and I was able to ride twice in about 30 minutes or so! 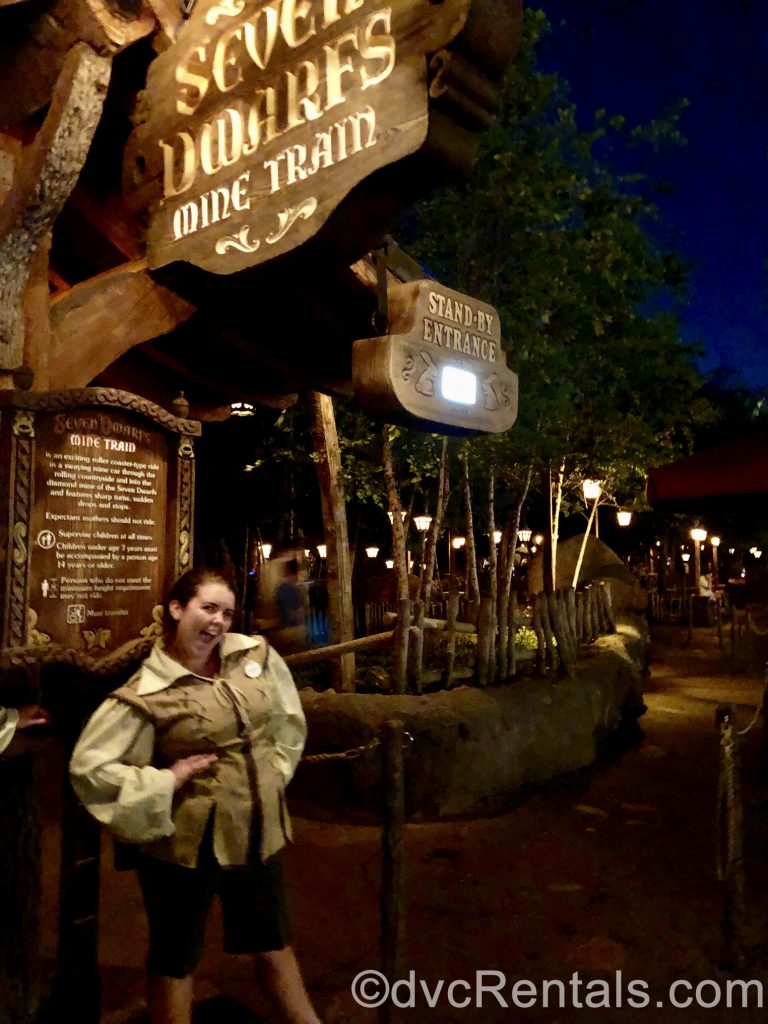 By the time I left Snow White and the Dwarfs at their cottage, I realized that time was ticking down on the clock, so I hustled my way over to Tomorrowland! I hopped right on to Buzz Lightyear’s Space Ranger Spin and took my turn at trying to defeat the Evil Emperor Zurg! From there, it was on to my final ride of the night, Space Mountain. 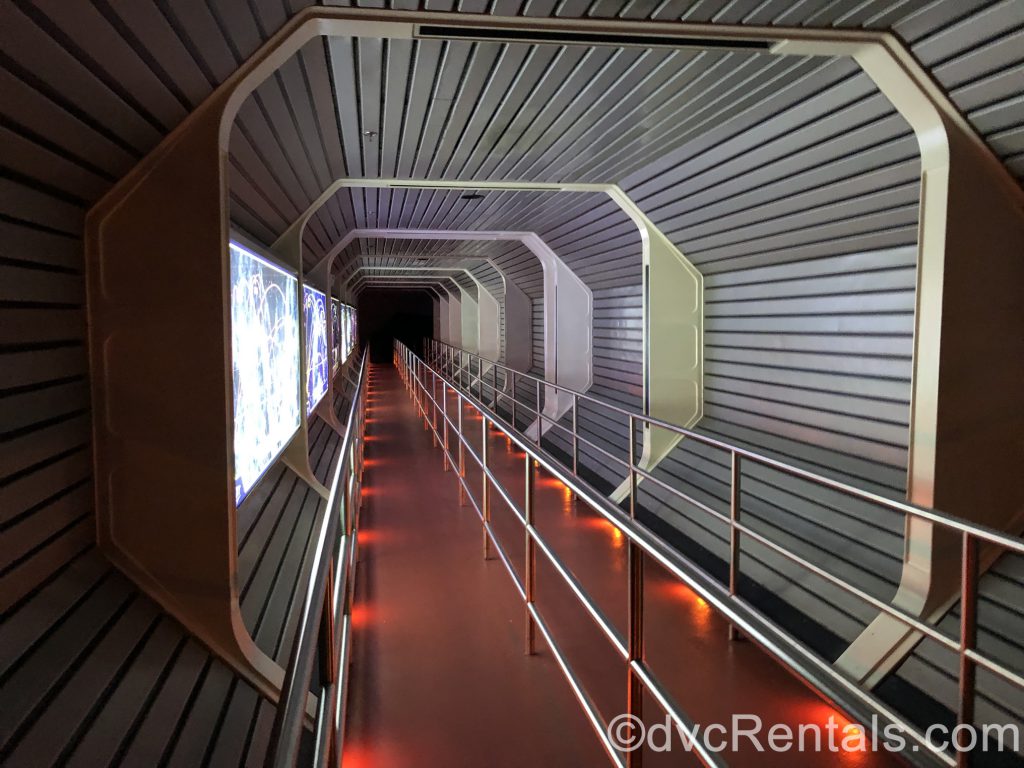 Space Mountain was another attraction where there were a few more folks milling around. As this classic Tomorrowland icon often sees wait times of 60 minutes or more, it wasn’t surprising to see that many After Hours event-goers wanted to take advantage of the shorter lines to speed through space! Even with a few more guests than I had seen at many of the other rides through the evening, I was still able to enjoy Space Mountain 3 times before it was time to start making my way out of the park! 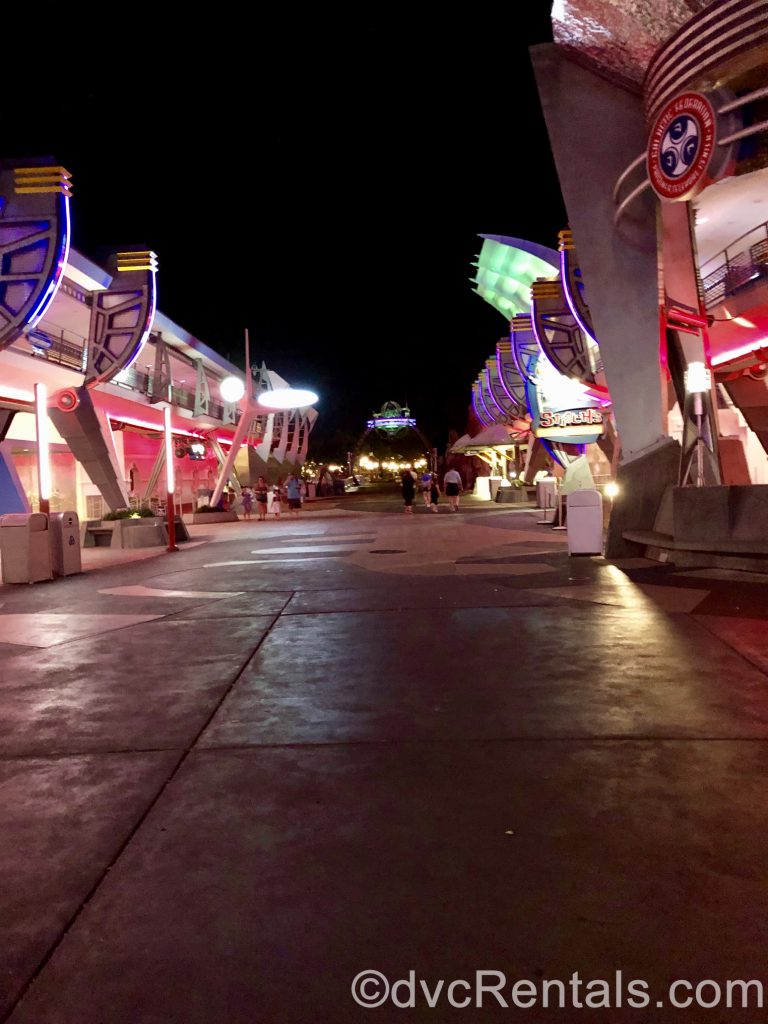 As I walked the path from Tomorrowland back towards the beautiful glow of Cinderella Castle and Main Street USA, there were several guests taking the chance to photograph the area. 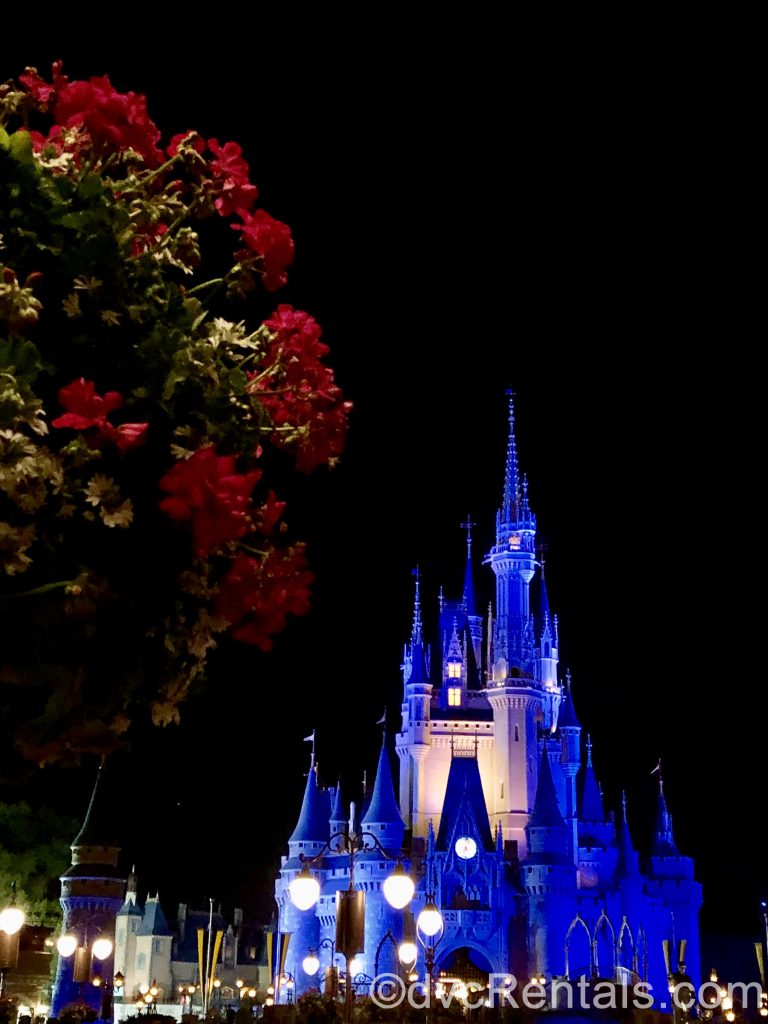 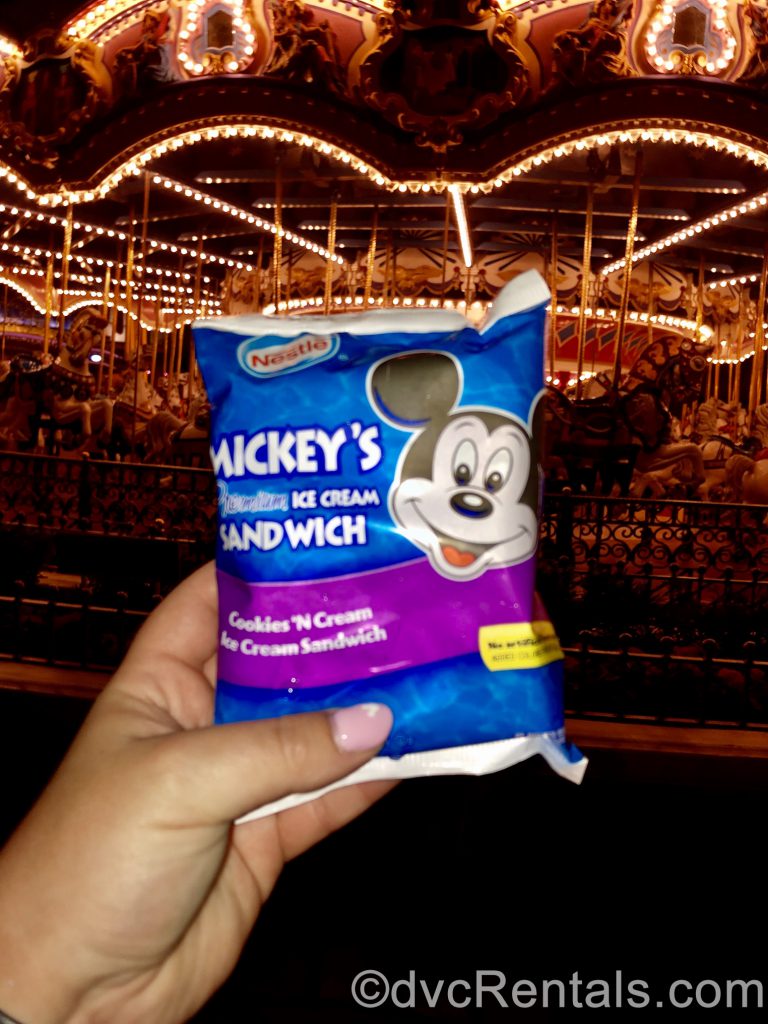 Just as I was biting the ear off of my Mickey Bar, the clock officially struck 1am, and an announcement came through the speakers to declare the end of the event. Cast Members were still greeting guests with big smiles and encouraged us to take all of the photos we wanted, enjoy our final snacks, and browse the Emporium, which was still open for some shopping!

I took my time and enjoyed walking right down the middle of Main Street USA, surrounded by the glow of twinkling lights and the magic in the air. 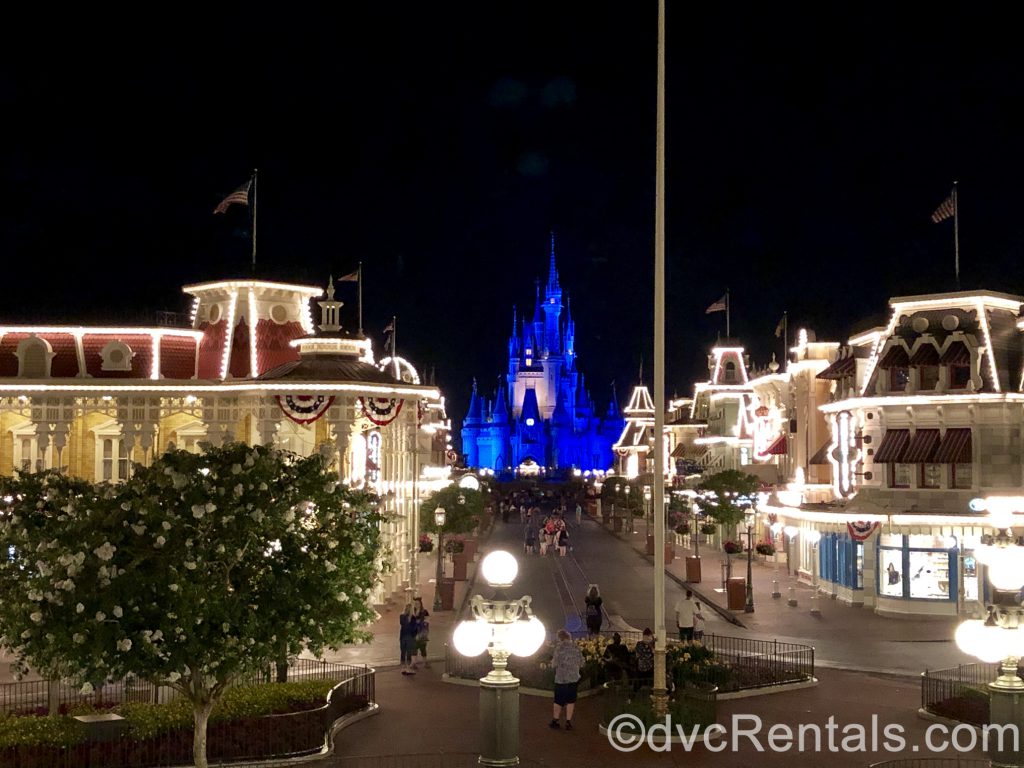 Throughout 2020 there is even more to see during the After Hours events, as on select nights, the Disney Villains take over the Magic Kingdom! After Hours events can also be found on certain nights at Hollywood Studios and Disney’s Animal Kingdom.

Though it is an additional expense, I personally thought it was well worth it as I was able to enjoy a lot of attractions in just a few hours! If you are planning a trip where you’ll have limited park time, this would be a great way to pack in a lot of favorite attractions without spending a full day (or even multiple days) in the park.

For anyone like me who loves experiencing multiple rides with little to no wait, is a night owl by nature and enjoys being able to fit a lot of activities into a day, Disney After Hours was a near-perfect event! I had a truly fantastic and magical time during the After Hours event and cannot wait to try it again in another park! 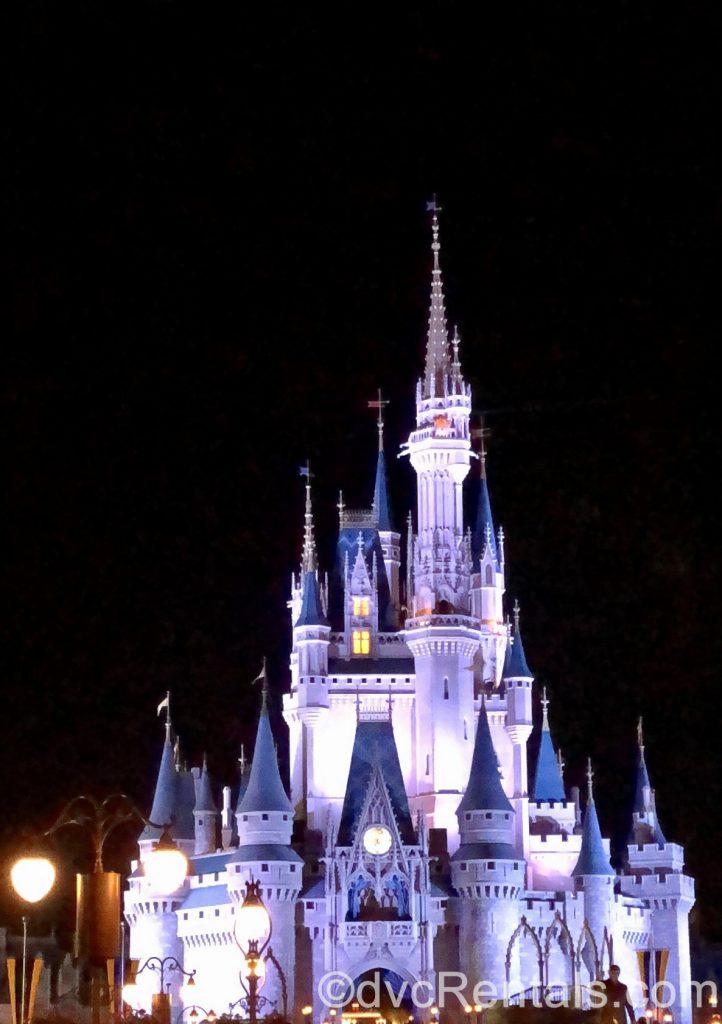