It Was All Started by a Walt 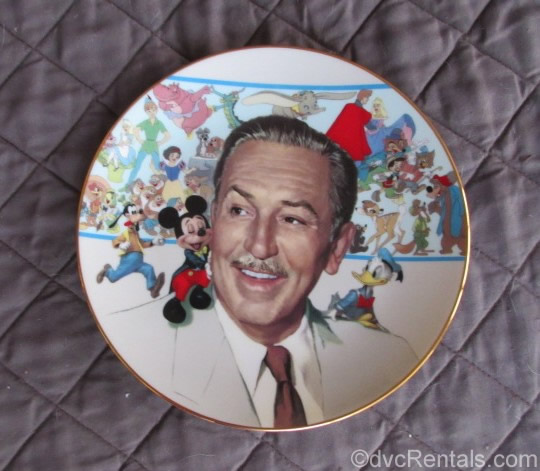 Most people know the name Walt Disney, and most have some knowledge of his contributions to the entertainment industry; so now let’s learn a little more about Mr. Disney in this mini-biography. 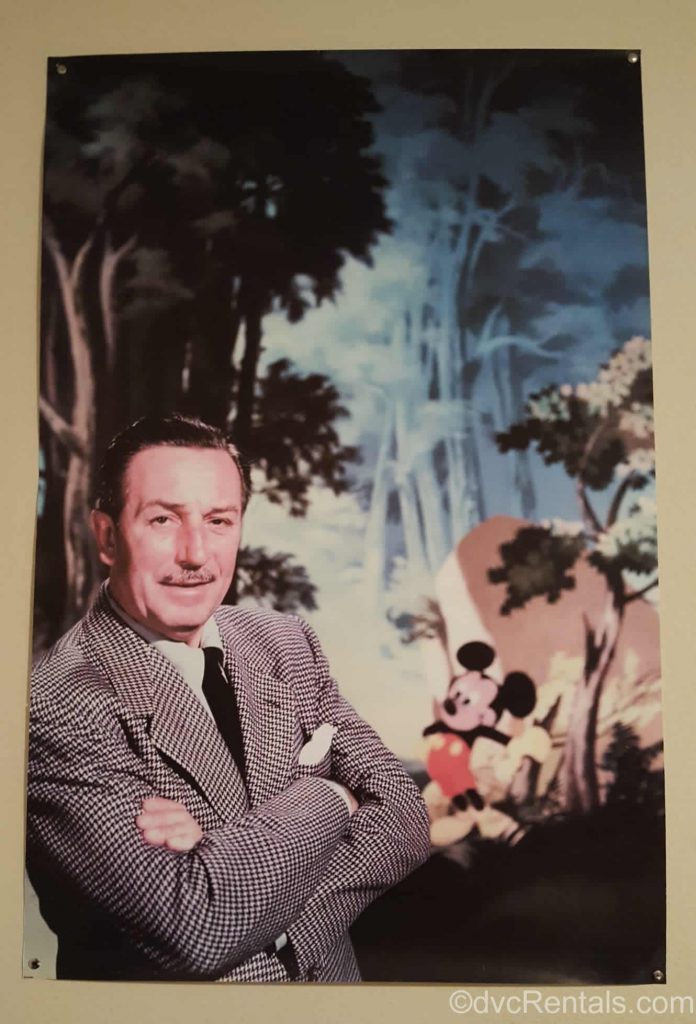 On December 5th, 1901, Walt Disney was born in Chicago, one of the five children of Elias and Flora Disney. When Walt was four, his family moved to Marceline, Missouri, where they had a farm. Main Street USA at Disney World’s Magic Kingdom is partially based on Walt’s memory of growing up in Marceline. While living there, a neighborhood doctor asked Walt to draw a picture of his horse. This was the beginning of his love for animation and art, and he practiced relentlessly. 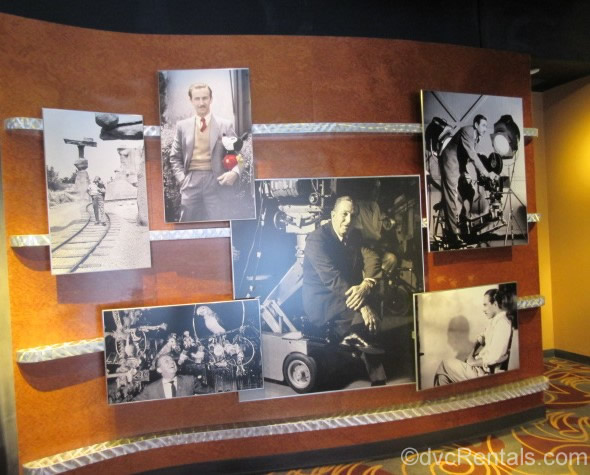 The family farm was not a success, so when Walt was ten, he and his family moved to Kansas City. Walt was put to work selling newspapers and snacks at the local railroad. The trains sparked Walt’s lifelong interest in Railroads. He was such a fan that he had a 1:8 scale train and track built in his yard, The “Carolwood Pacific Railroad.” Walt was the “engineer,” and he loved to take friends for rides. Fun Fact: Every single Disney park in existence has a Railroad.

Walt’s father ran a paper route, and for six years, Walt and his brother Roy had to get up each morning at 4:30 AM, no matter how cold or bad the weather was—remember this was Chicago and Winters were severe– and deliver their newspapers. The boys would go to school and afterward deliver more newspapers. They would make another paper round after school as well. 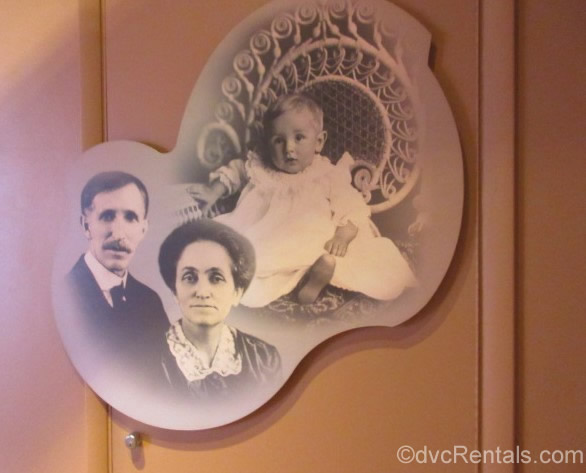 When he turned 16, Walt decided to quit High School in hopes of joining the Army during WWI. The Army turned him down since he was not yet 17. But Walt was determined, so determined that he forged the date on his birth certificate and joined the Red Cross as an ambulance driver. He would be in France performing his duties for about a year. Even while he was in the middle of a war, Walt never stopped practicing his drawing.

When the war was over, Walt Disney returned to Kansas City, hoping to become a newspaper artist. Roy had some connections and got him a job at the Pesmen-Rubin Art Studio, where he met Ub Iwerks, a fellow cartoonist. Although that job did not work out, it was the beginning of, as they would say in the film Casablanca a “beautiful friendship.”

Together, Walt and Ub founded their very own company, called Iwerks-Disney Commercial Artists. Unfortunately, the business went under after only a month. Again, determination saw him through, Walt was discouraged but in no way ready to give up. Not long afterward, he opened a new business with Ub and a handful of animators. The result was a series of short cartoons called Laugh-O-Grams. These modernized fairytales were shown at the local theater and were mildly successful. However, the funds for these began to dry up, so Walt Disney needed to think of more ways to earn money. He began to work on the story of a live-action girl called Alice, interacting in an animated wonderland. Sadly, this too was a failure, and after going bankrupt, Walt was not able to complete the Alice film.

Walt decided it was time to make a drastic change if he was going to succeed. He moved to Hollywood and got together with his brother Roy, who had moved there at an earlier date. The two brothers put what little money they had together, and began to work out of their uncle’s garage. Walt went to as many studios as he could to try to sell his Alice in Cartoonland series. He was told no time and time again. But his luck changed when he met Margaret J. Winkler, a New York cartoon distributor. They had a client!

Walt and Roy moved the business from their uncle’s garage to a room they rented in the rear of a real estate office. They hung a sign reading “Disney Bros. Studio,” Walt was the animator, Roy the cinematographer. The brothers hired two women to add ink and paint to the finished celluloids Walt produced.

Finally, some success; the Alice Series did well in theaters, and the added income from those films paid for more animators to be hired. Ub Iwerks, Walt’s old buddy, and a master animator, was one of the first to be signed on. Walt also hired a new inker, Lillian Bounds, who would become Walt’s wife. Their studio gave life to a character called Oswald the Lucky Rabbit, and Oswald became very popular.

It appeared all was going fine, and after five years, Walt approached the distributor, thinking he should get more money for the Oswald films. Much to his dismay, Walt was told they wanted to pay him less! Additionally, Winkler and her husband had stolen all of Walt’s best employees. Walt also found out that Winkler and her husband had stolen the rights to Oswald the Lucky Rabbit. He was given a choice: Work for less money or leave. He chose the latter. He and his friend Ub Iwerks walked away.

The expression “when one door closes another one opens” would be fitting for what happened next. While traveling on a train to Hollywood, Walt had an idea, which he began to draw on a notepad he kept with him. He showed Lillian, his wife, “Mortimer Mouse.” Legend has it that she preferred “Mickey,” and although they did not yet know it, a star had just been “born.” He brought the rough sketch to Ub, who added more details to Mickey’s appearance, while Walt worked on the Mouse’s personality. Walt decided this new character would be happy and adventurous. 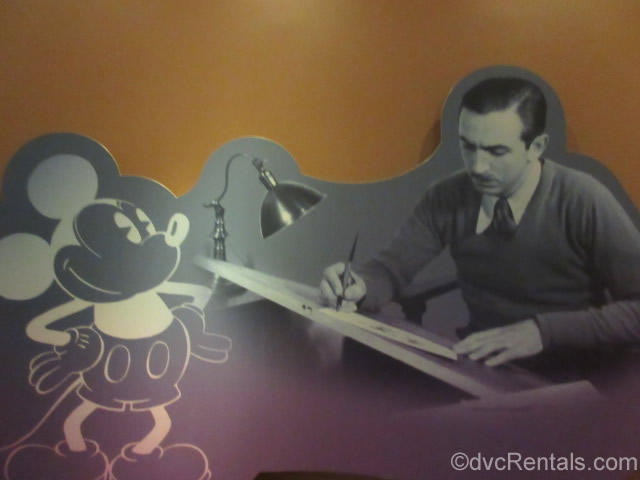 Mickey Mouse was introduced in two movies that did not get picked up by the studios. Bu the third short, called Steamboat Willie, the first cartoon with synchronized sound, was picked up, and it was a hit. Ub did the animation, and Walt was the voice for Mickey (Minnie Mouse also debuted in Steamboat Willie). 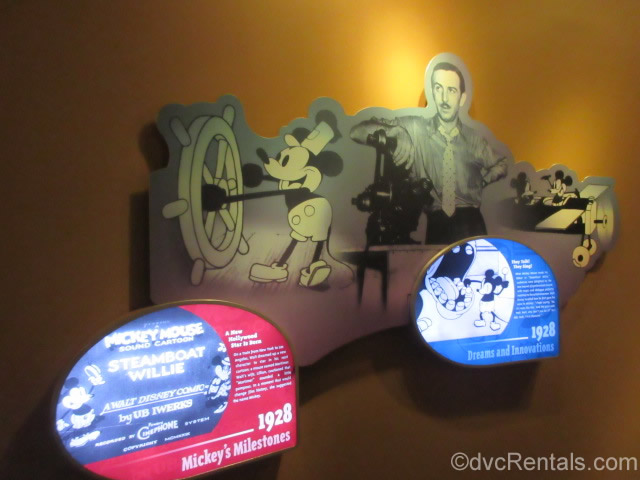 Not only were the studios now coming to Walt instead of the other way around, but Mickey Mouse merchandise was also flying off the shelves.

Walt formed Disney Studios, which created a series of cartoons that were seen on TVs and in Movie theaters across the USA. The Silly Symphony Series was particularly popular, featuring such hits as Flowers and Trees as well as Skeleton Dance. 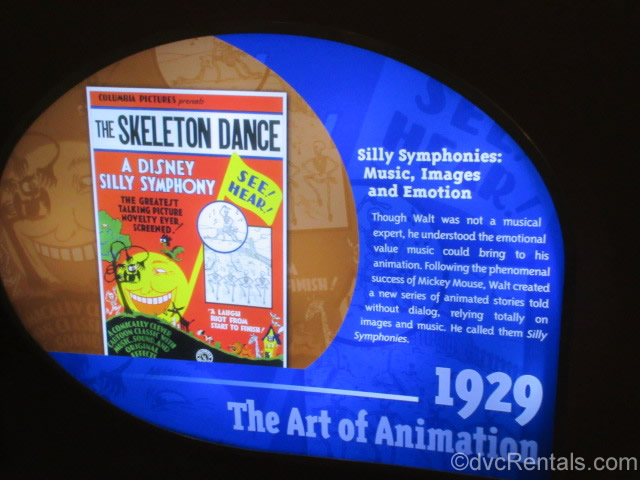 Not being content to rest on his laurels, Walt continued to push the envelope, creating the first full length animated feature, Snow White in 1937. He had to take out loans to do it, but Walt proved the naysayers wrong, the film was an instant smash hit. Snow White won multiple awards and earned more than enough to repay the loans Walt had taken out to pay for the film. 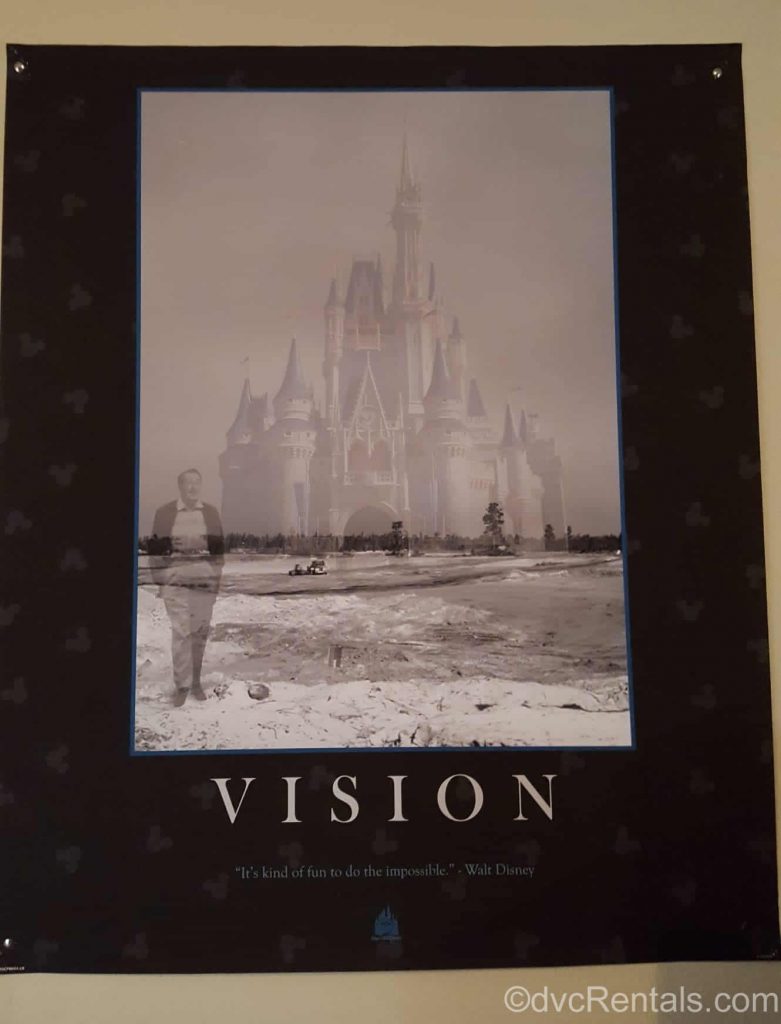 For a number of years, Disney Studios completed a large number of well-liked animated movies. However, a strike by Disney animators in 1941 hurt the company tremendously. Walt felt he was very fair to his employees, but they wanted a union shop. The disagreements caused a number of top animators to leave the company. It would take some time before new animators could fill in the gap.

Starting in 1948, the studio created a very well received nature-based series known as True-Life Adventures. The Disney studio also began making full-length animated films once again. 1950 brought us Cinderella, with Alice in Wonderland the following year and Peter Pan two years after that. Lady and the Tramp, as well as Sleeping Beauty, also debuted in the 1950s.

Soon Walt Disney and his company would conquer the small screen as well. The shows Zorro and Davy Crockett were very popular in the ‘50s, as was the weekly Walt Disney’s Wonderful World of Color, hosted by none other than Walt himself! Another very big hit for Walt in the 1950s was The Mickey Mouse Club, a variety show whose young cast were called Mouseketeers. The theme song is still sung at Disney parks today. Altogether now! “Who’s the leader of the club that’s made for you and me? M-i-c-k-e-y M-o-u-s-e”. 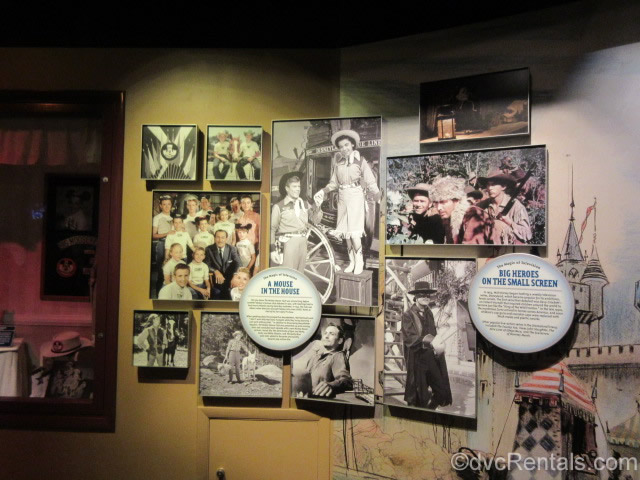 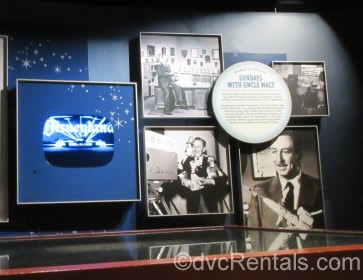 Walt’s next big success was in 1964. This was when the movie Mary Poppins was released. The film won many awards and remains a classic to this day.

Saturday was always “Daddy’s day” in the Disney family. Walt and his wife had two daughters, Sharon and Diane. On this particular day, he took his girls to a local amusement park. As Walt sat on a bench eating peanuts and watching his girls riding the carousel, he began to think that it be wonderful to have a place where parents and children could have fun together as a family. He decided he would create just that, and it would be clean and take people of all ages to a fantasy world. 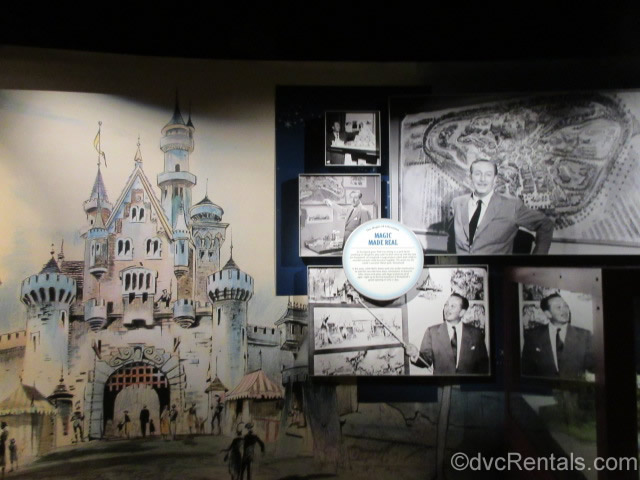 Walt had to take more loans. He had to mortgage his family home. But he got his park! Disneyland opened July 17th, 1955, but not without its share of problems. Park tickets were counterfeited; consequently, many more guests than expected arrived on opening day. Ladies wore heels in those days, and the new asphalt in the hot sun caused the heels to sink in; food became scarce, some of the attractions had problems. In spite of this, the guests were enthralled, and the park was a hit! 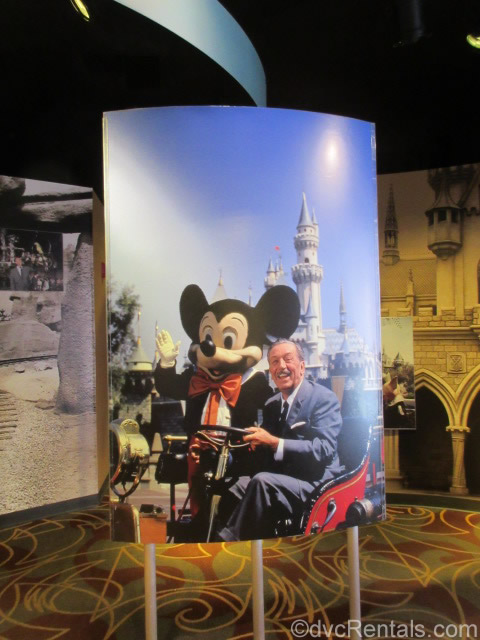 Disneyland was literally Walt’s dream come true. At this point in time, he and his creations were known and adored all over the world. He had plans to open a new and bigger park in Central Florida. Unfortunately, the man who created Mickey Mouse and went on to create a global empire passed away in 1966 from lung cancer. He was 65 years old. Ever the creative genius, the night before he passed away, Walt pointed at various areas on the ceiling of his hospital room to show Roy how he envisioned his new park. Roy decided to complete his brother’s dream. Although Walt was going to call the park Disney World, Roy felt it was only right to name it Walt Disney World. In October of 1971, five years after Walt passed away, Walt Disney World opened its doors.

Walt Disney certainly is proof that just because you fail once or twice or more, it doesn’t mean you won’t succeed the next time. He never gave up and achieved success beyond his wildest dreams. 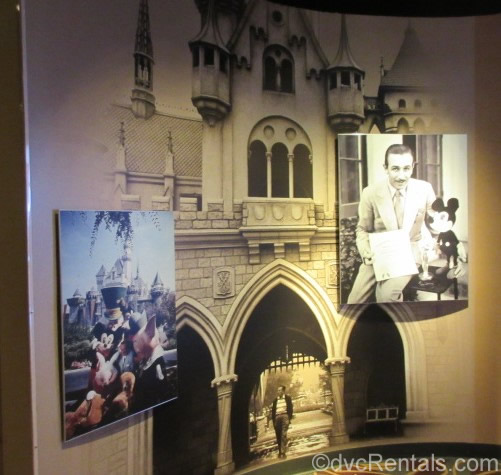 Walt was an innovator, and he changed the world with his ideas. This blog has just scratched the surface of the man and his accomplishments. If you want to learn more, go to Walt Disney Presents at Disney’s Hollywood Studios. You’ll see walls full of information about Walt and his life, and (unless Disney is previewing a movie they are about to release), the end has a very well-done movie about Walt’s life. Additionally, there are a plethora of books and online articles written about Walt as well.