Mickey’s Not-So-Scary Halloween Party, an annual event at Walt Disney World’s Magic Kingdom, began in 1995 as a single-night event.  The party was so popular that more dates were added in the years that followed. In 2019 there were over 40 parties, with the first one starting in August and the last one held on November 1st.  There were special character meet and greets (many of which had rarely seen characters), as well as a number of Halloween-themed stage shows and dance parties. This year Halloween at Walt Disney World looks different than previous years.  A number of safety measures were put in place since reopening; one of the most important is social distancing.  Due to the nature of Mickey’s Not So Scary Halloween Party, it would be impossible to keep guests apart.  Disney has guidelines called the Four Keys, which all Cast Members must follow. These are (in order) Safety, Courtesy, Show, and Efficiency.  As you can see, Safety is first.  So to ensure guests would be safe, the Halloween Party was canceled for 2020. However, that does not mean there are no Halloween decorations, treats, special shows, or merchandise!  Quite the contrary, in fact, there is plenty. 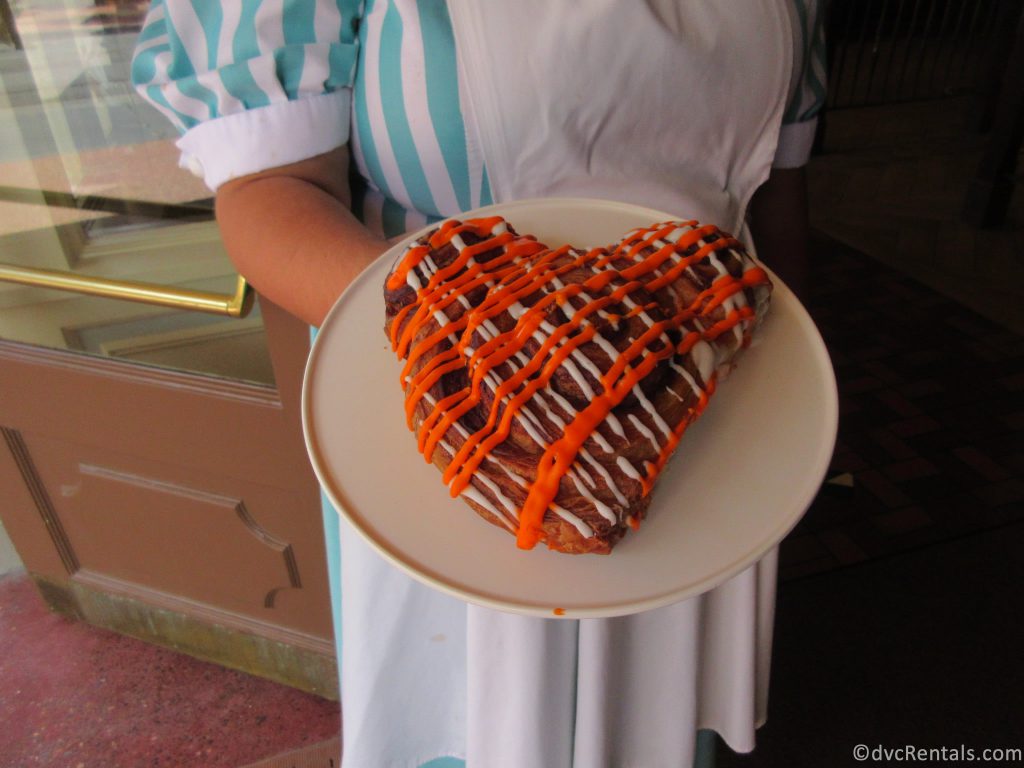 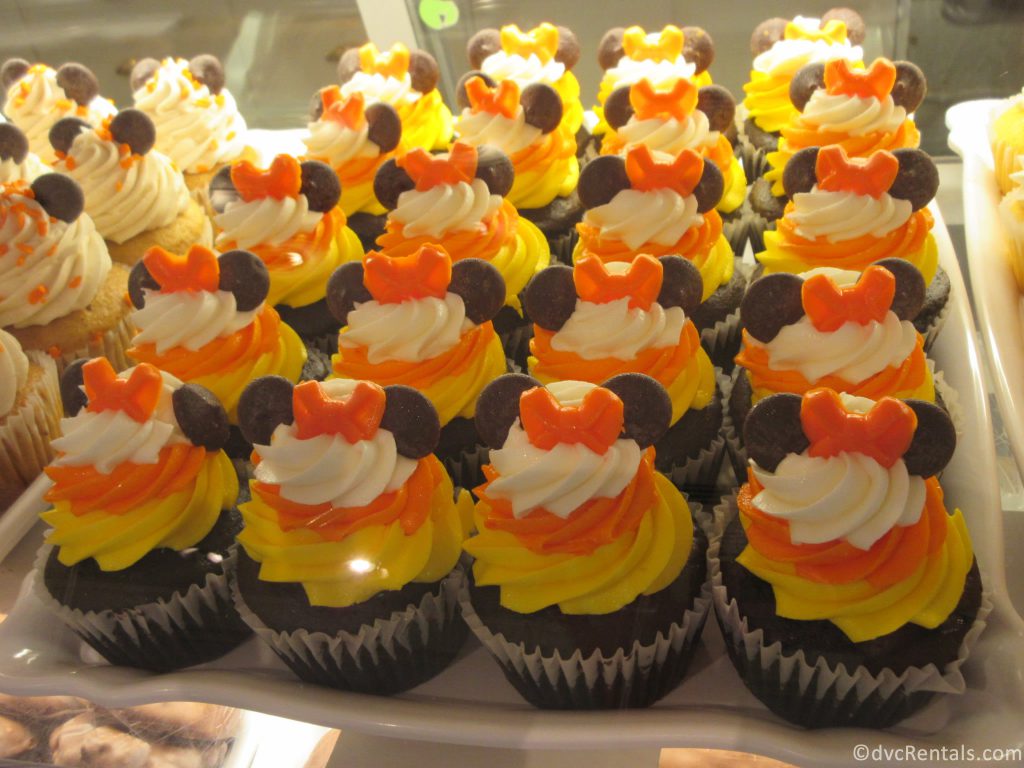 The Magic Kingdom is the park that has always had the most Halloween fun, and that holds true this year.  Although the decorations are not as plentiful as they have been in past years, as you enter, you will see decorated pumpkins all up and down Main Street USA. 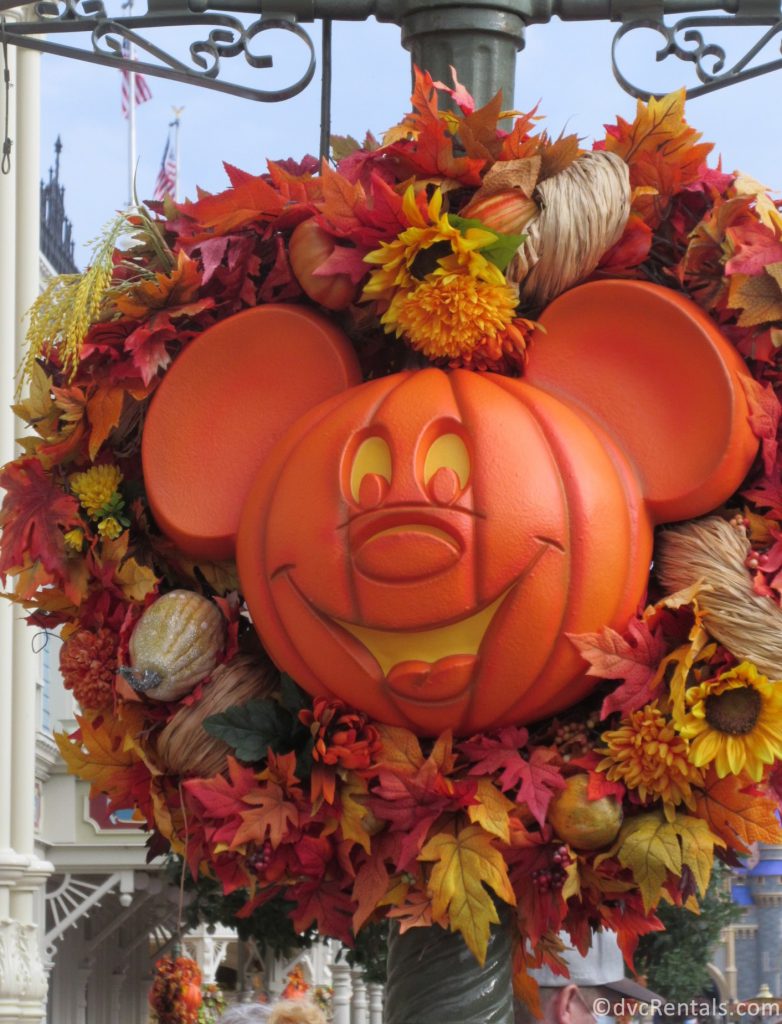 The store displays are all Halloween themed, making “window shopping” especially fun. Inside the Emporium (on Main Street) is where you will find most of the Halloween merchandise for sale, and there are a number of cute signs and displays celebrating the occasion. 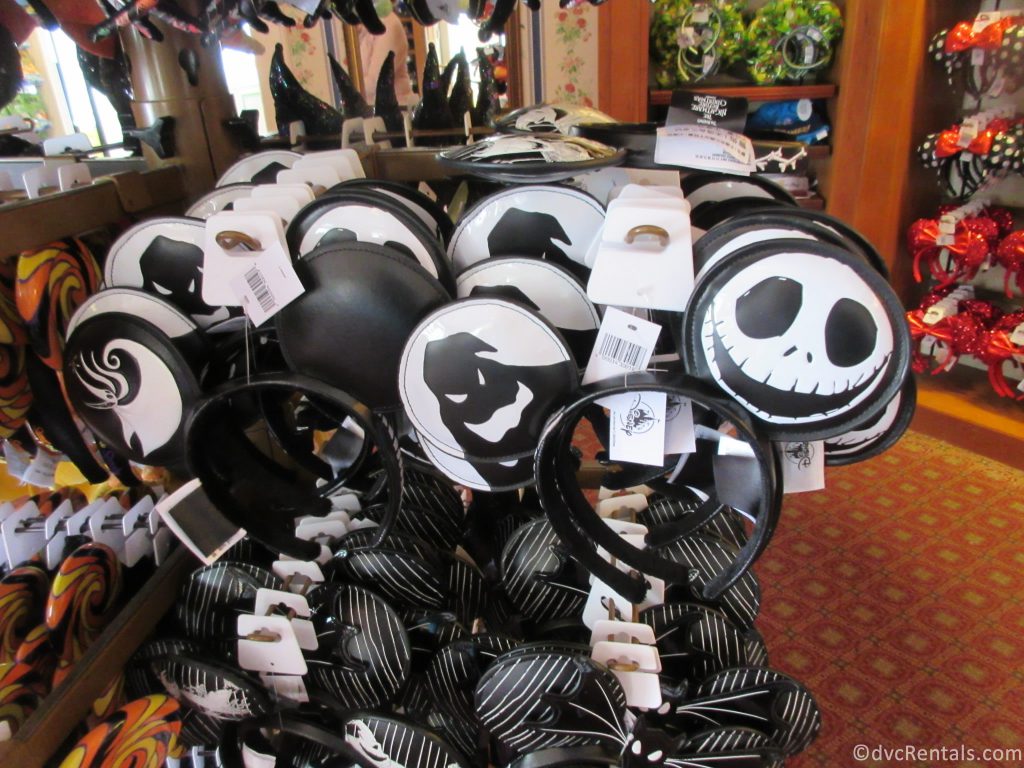 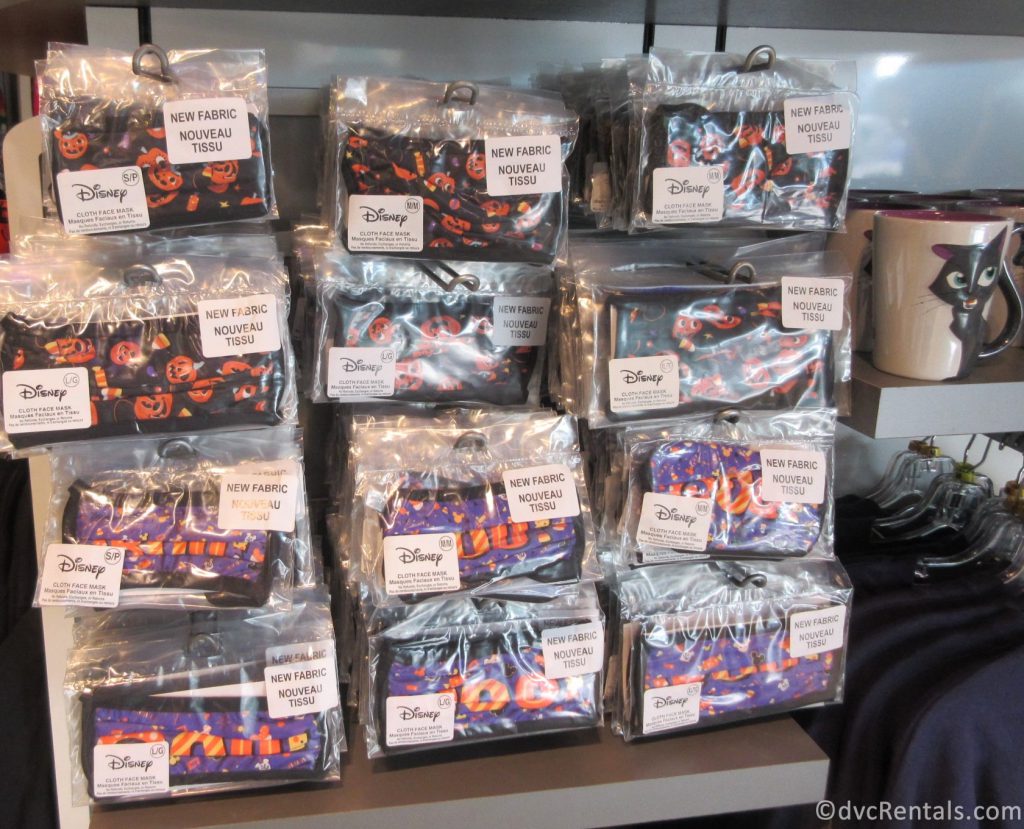 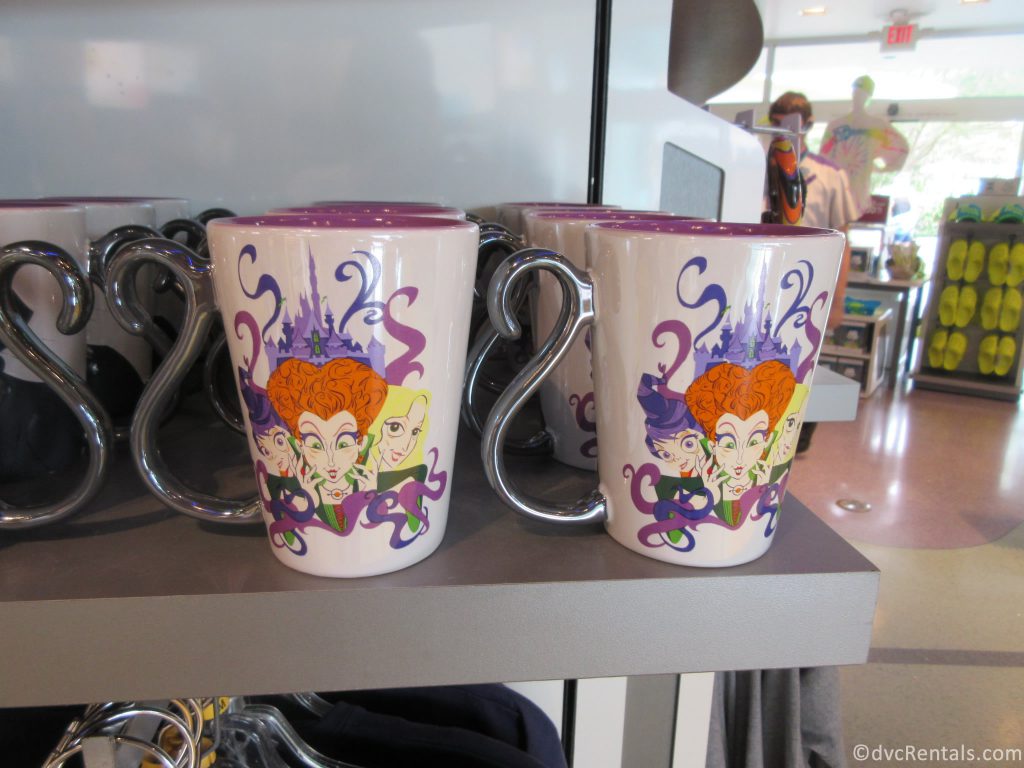 Other stores in the Magic Kingdom also have merchandise and decorations for the holiday, but by far, the Emporium has the most.  There is a wide variety of clothing, toys, housewares, pins, hats, mugs, games, safety masks, puzzles, strings of lights shaped like pumpkins—even a special Halloween “countdown” piece to buy and display. 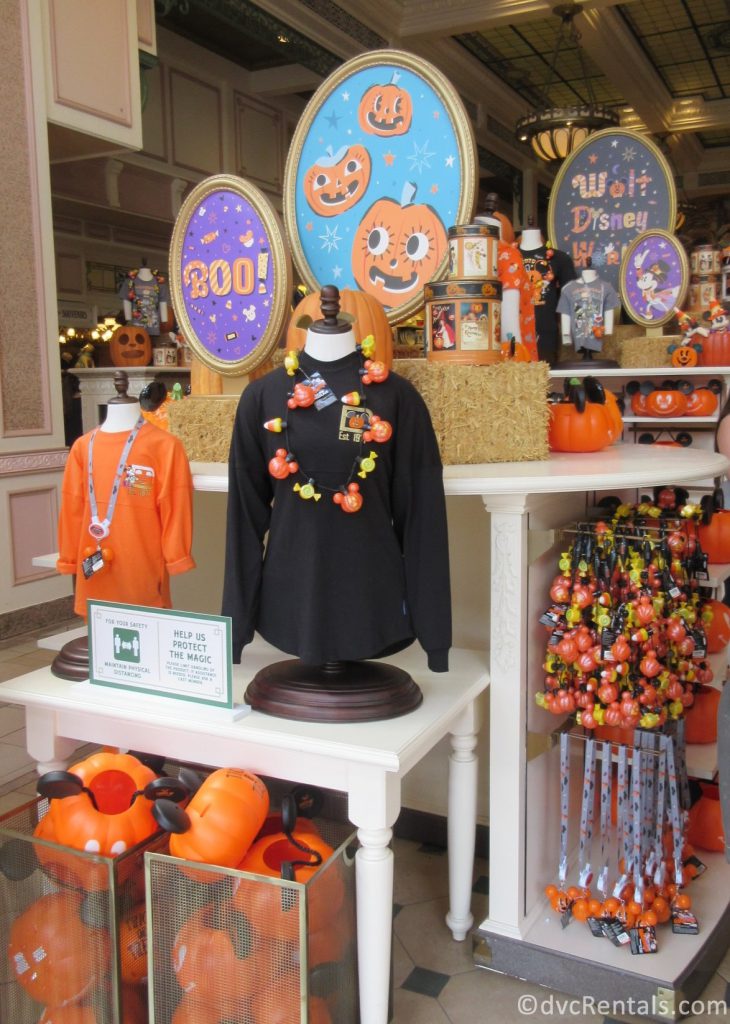 There are no parades currently (another safety measure to prevent guests from gathering too closely together), but there ARE Halloween Cavalcades. 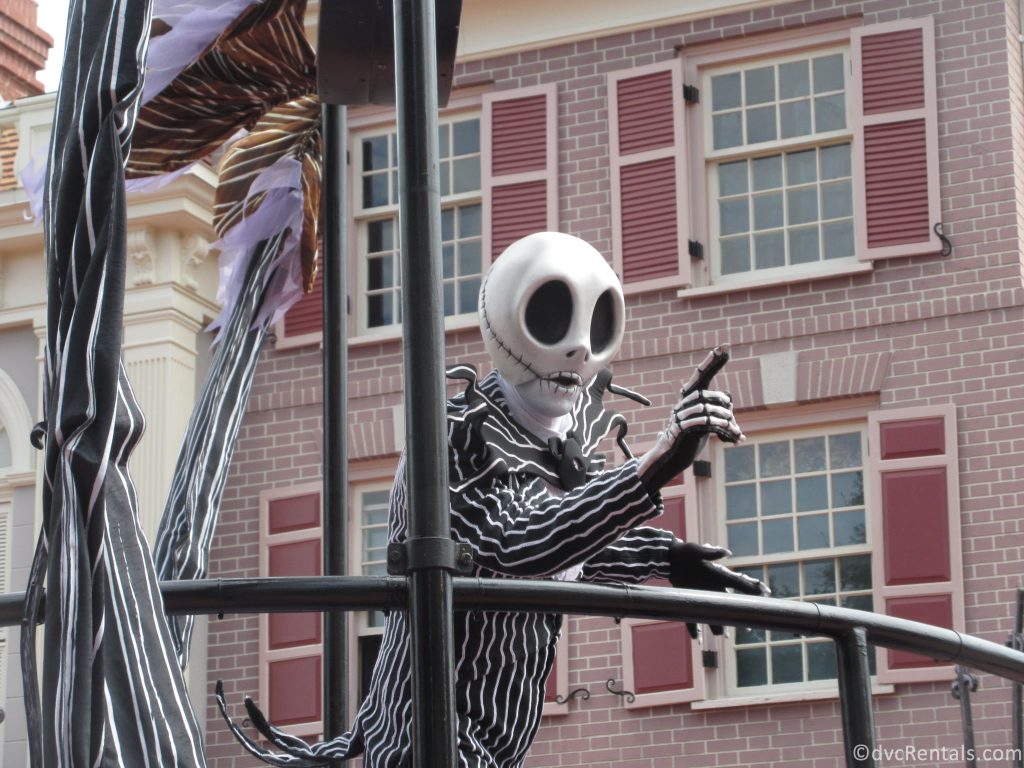 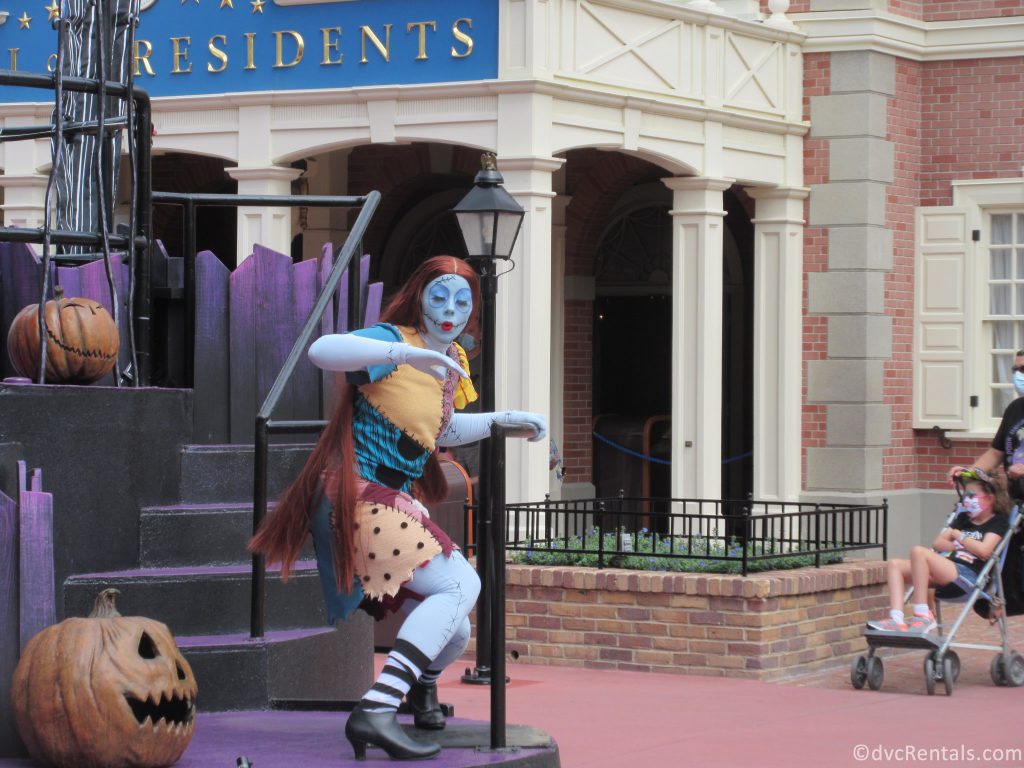 These are mini parades, usually consisting of one float or vehicle with well-known characters waving to guests, often with Cast Members in costume next to or following along the float/vehicle.  You can see Pooh and Friends; Nightmare Before Christmas; Villains; Mickey’s Happy Halloween (with Mickey and friends). FYI: the Mickey float plays “Boo to You,” which is the Theme song of the parade at Mickey’s Not So Scary Halloween Party. 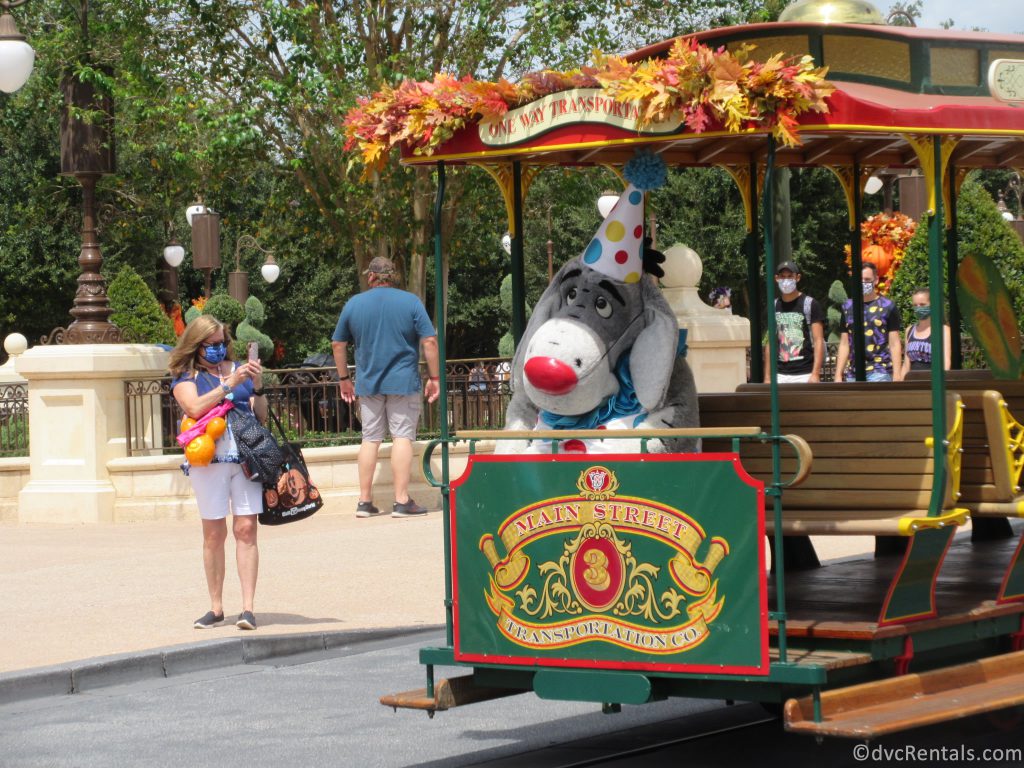 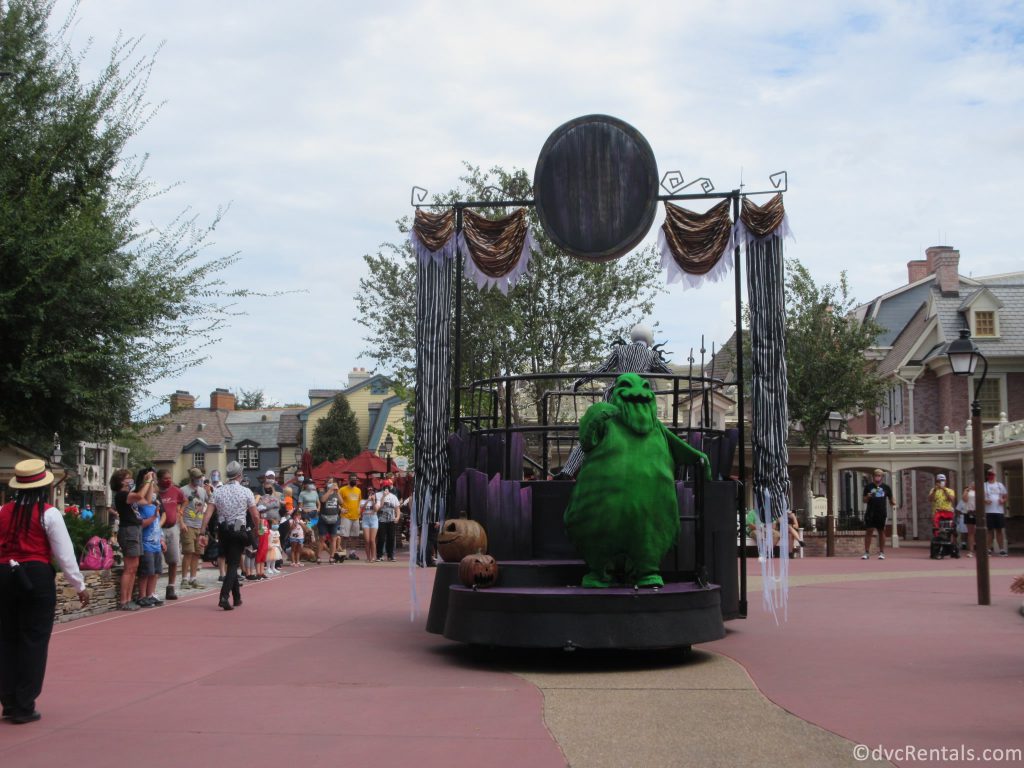 Many of the characters in the parade are dressed in special holiday costumes. For example, Tigger is dressed as a pirate! To avoid too many guests gathering, the cavalcades do not have official times. But I can tell you that they follow the parade route, starting in Frontierland and ending at the hub by the train station. There is one approximately every 15 minutes. So, if you are visiting, find a spot along the route, and wait (at a safe distance from other guests).  Not every cavalcade runs every day of the week, but I can promise you’ll see one if you take that advice.

Additionally, the Dapper Dans dress up as the ghostly Cadaver Dans and make random appearances singing spooky songs, including Grim Grinning Ghosts, the theme song from the Haunted Mansion.

If it’s important to you to see anything, in particular, ask a Cast Member. I have found them to be very helpful in letting guests know where and when to look for their favorites. 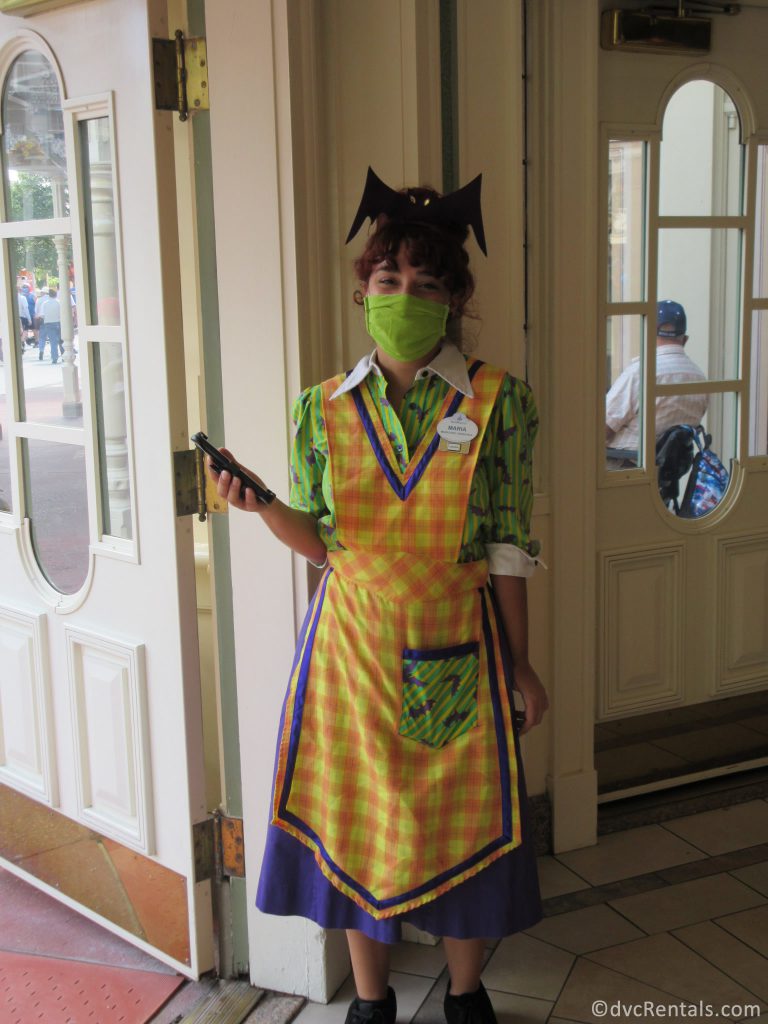 If you like Halloween goodies, be sure to stop in at the Main Street Confectionary.  They are LOADED with Halloween-decorated treats, including; a variety of cookies, a selection of Rice Crispy Treats, a number of different Cupcakes, Popcorn in Halloween colors, and 2 choices of Candy coated apples: one of a witch and one of Jack Skellington. 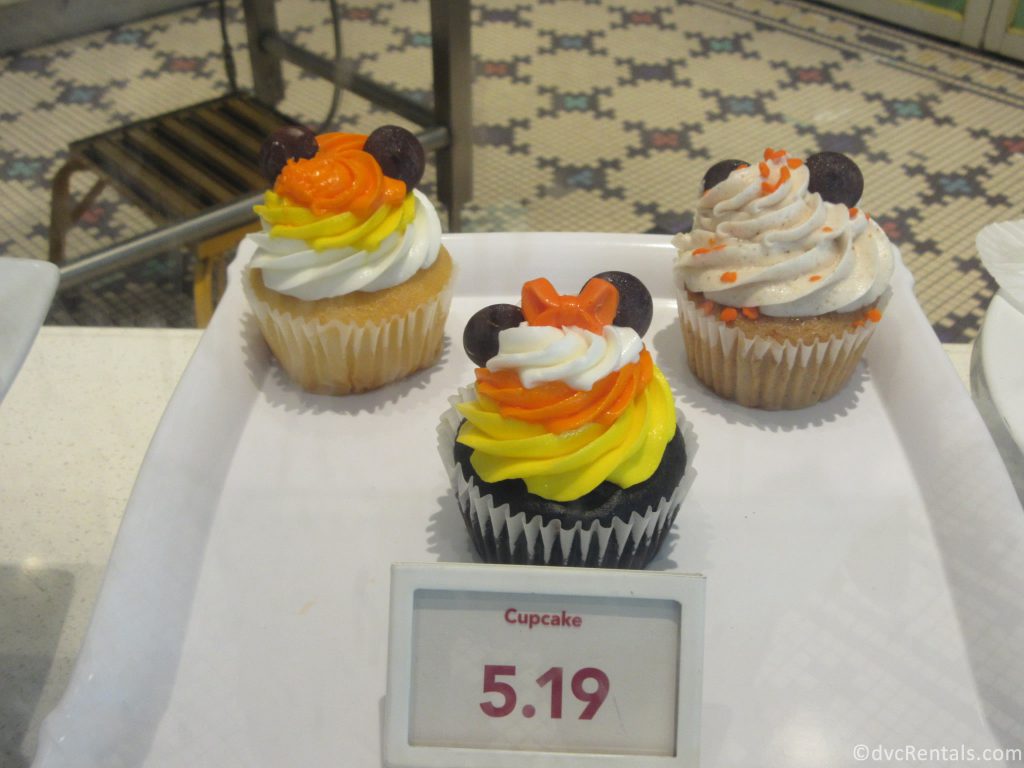 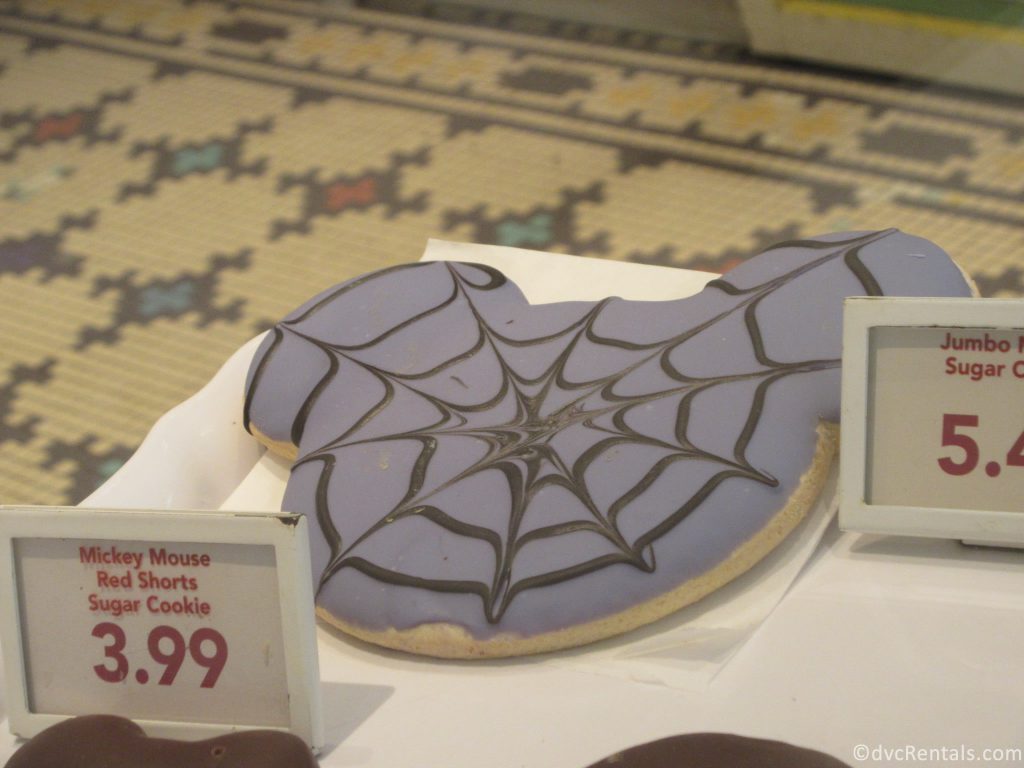 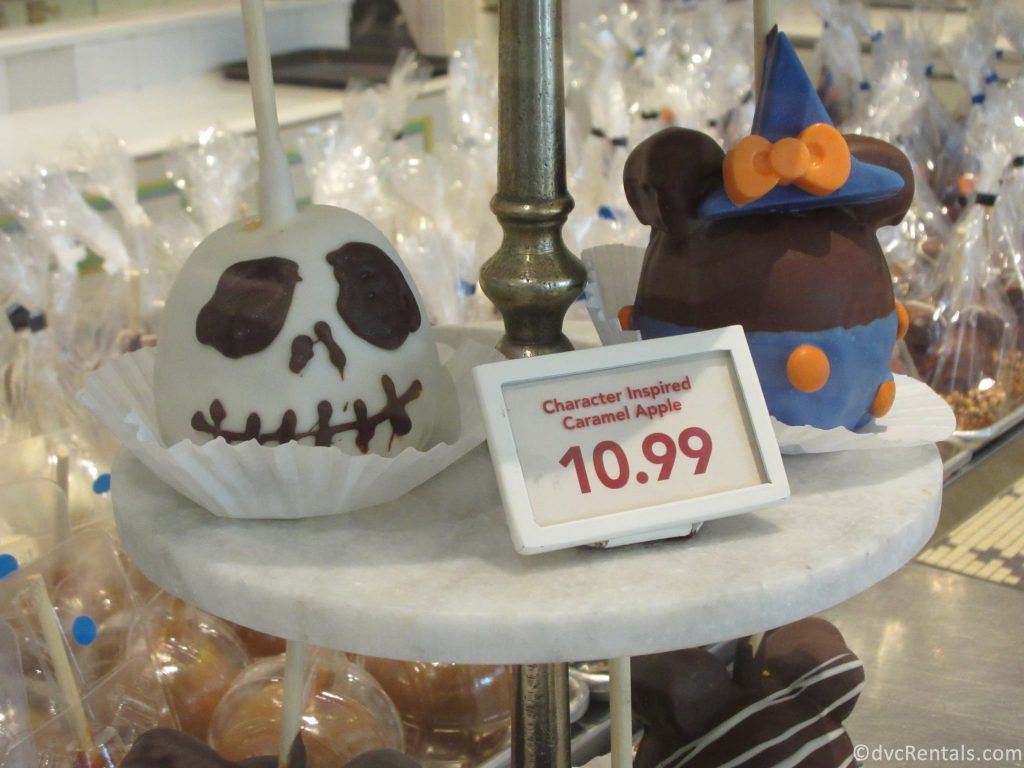 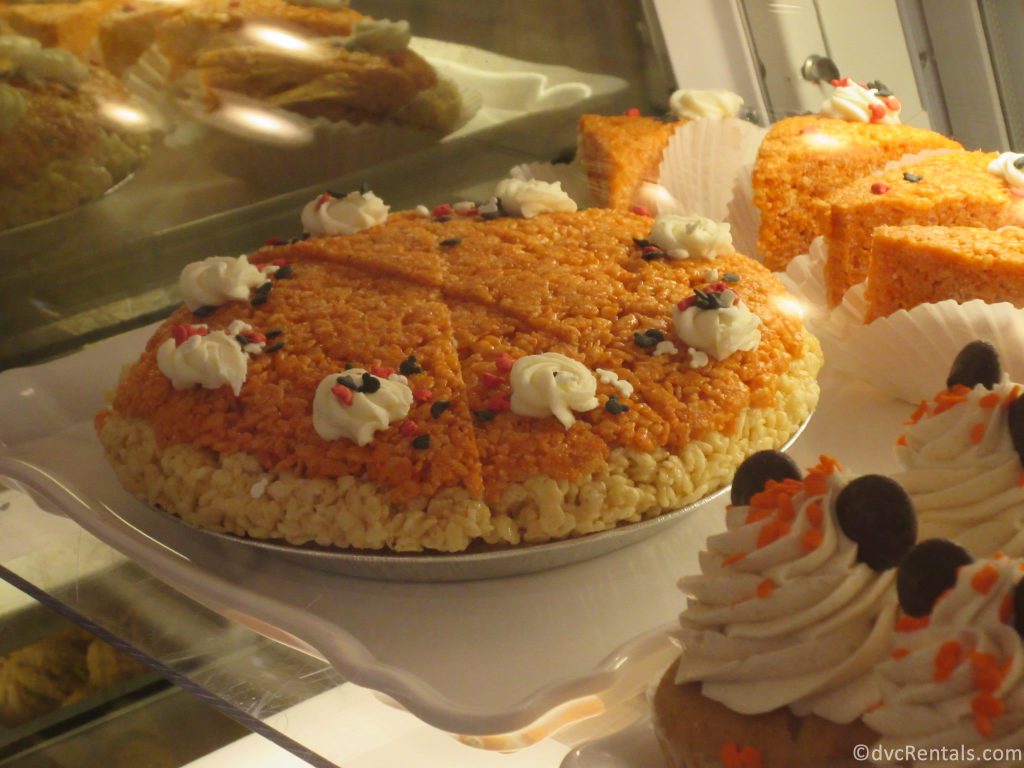 There are also Halloween popcorn buckets sold throughout the park, one of Oogie Boogie (from Nightmare Before Christmas) and one shaped like a Mickey Jack-O-Lantern. 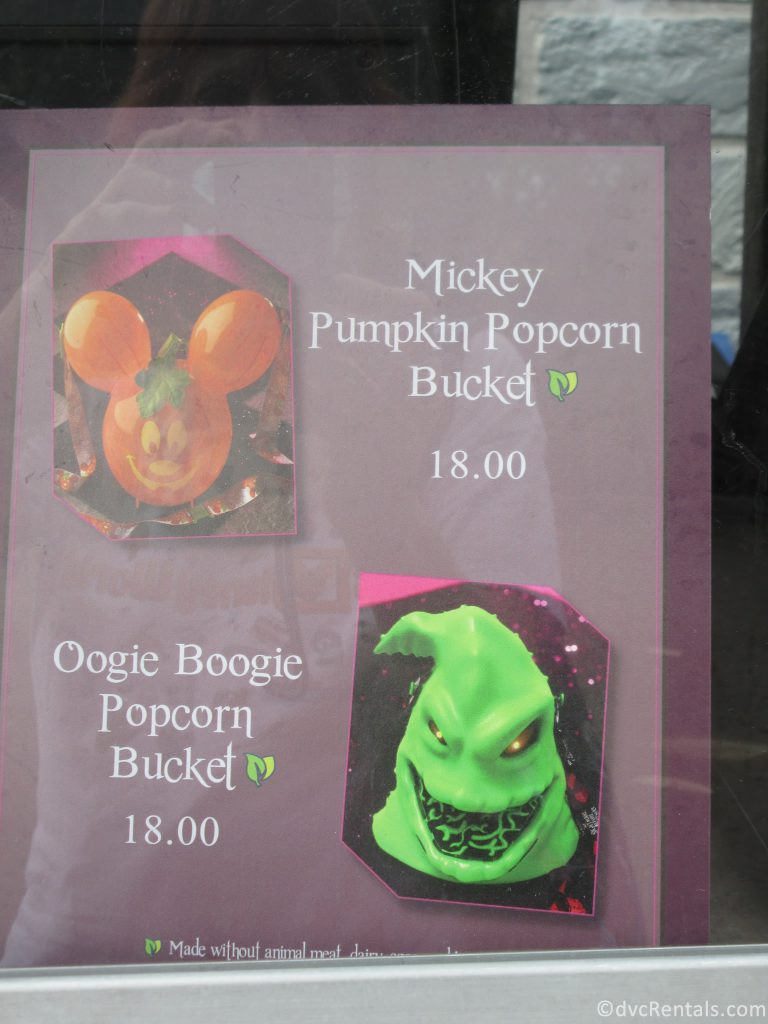 Oh, and if you would like some awesome Halloween themed Mickey headband ears, check out The Chapeau, right around the corner from the confectionary shop on Main Street. 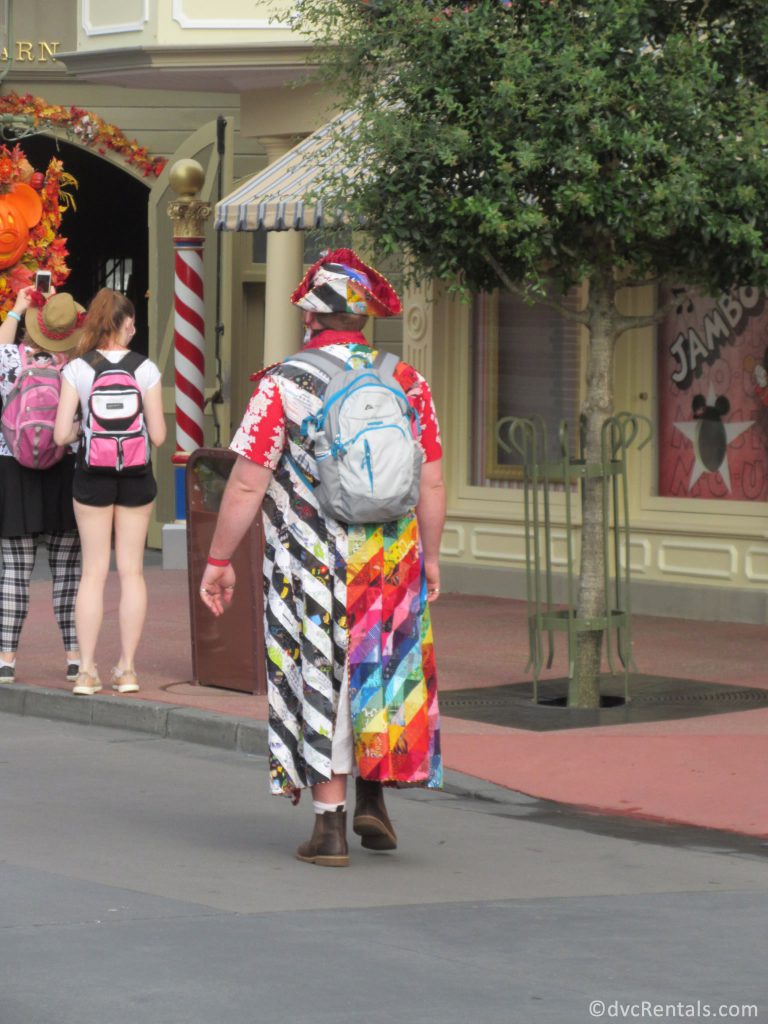 Hopefully, next year the party will be back, but there’s plenty of fun to enjoy this year! 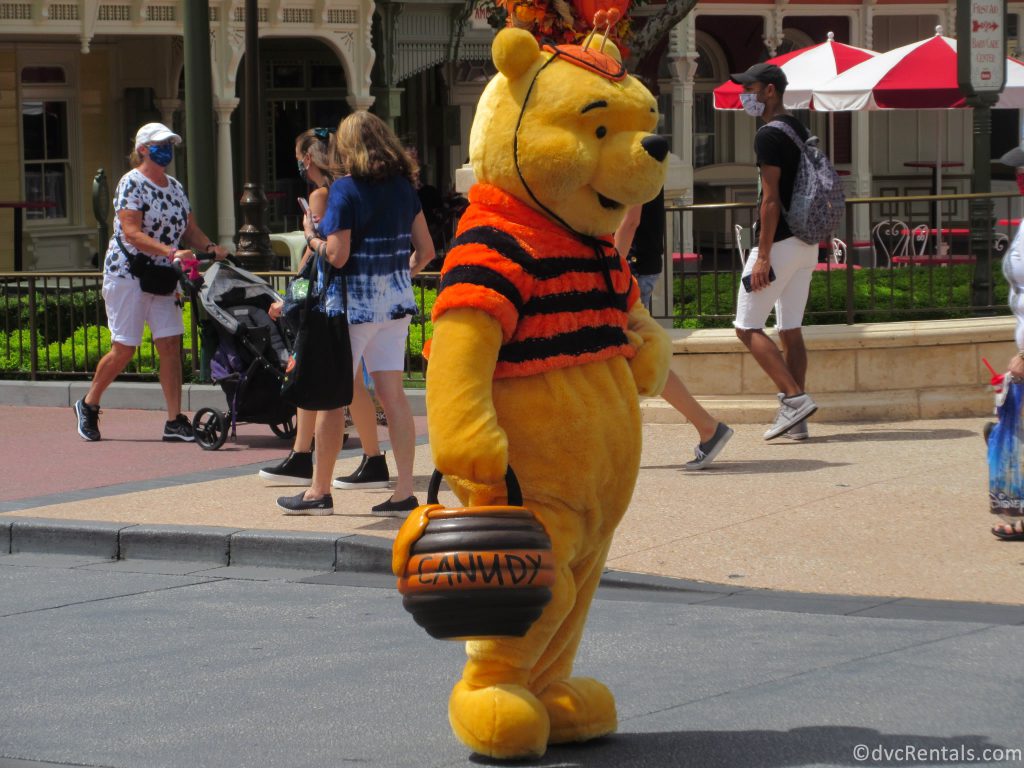