Even if you are not a “parade person”, chances are you have enjoyed a Disney parade at some time in your life. Most people regard Disney parades above and beyond what we consider a parade, perhaps except for the Macy’s Thanksgiving Day Parade.

Disney parades have always delighted with catchy music, gorgeous floats, new technology and some sort of theme or stories woven throughout. 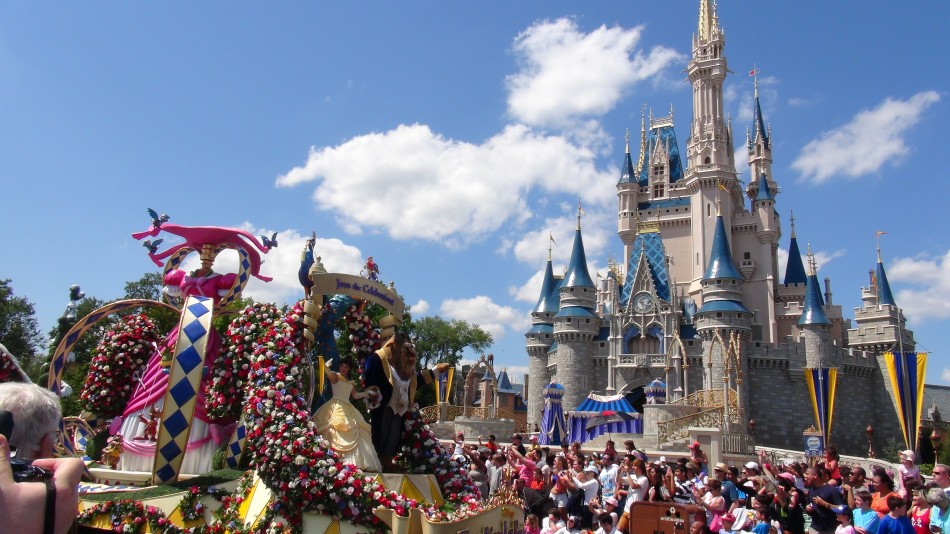 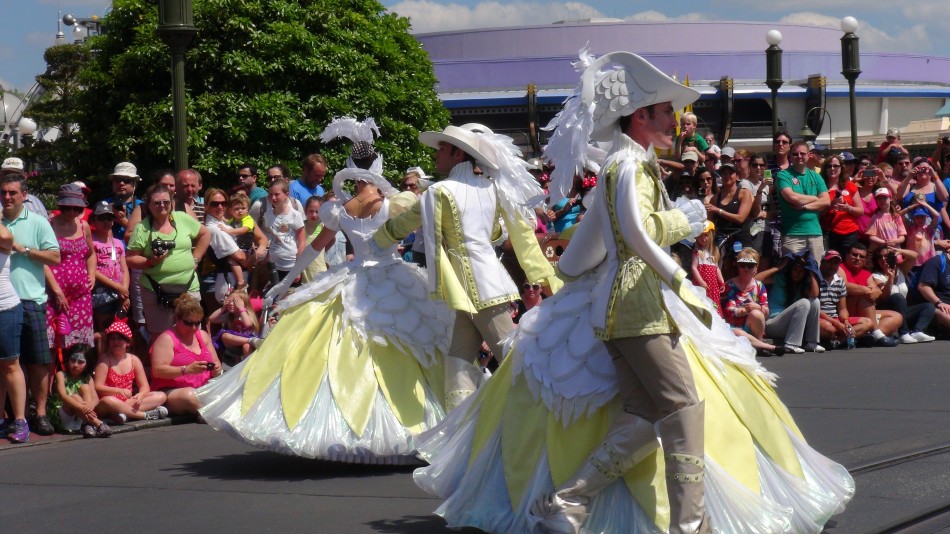 The Celebrate a Dream Come True Parade ran for about 5 years previous to Festival Of Fantasy. Many fans felt a new parade should have come out sooner. Apparently, Disney had other projects to tackle and the 3 O’clock parade is such a staple of the Magic Kingdom, if it was being replaced, it had to be with something worthy.

About a year prior, Disney began leaking artwork and the usual rumor mill of what was coming began to turn. Right away, “BIG” was the buzzword. I had heard that the usual “barn” which houses the floats would need to be rebuilt or refurbished to accommodate what was coming. Of course, I was already getting excited. Then, they released information that it would be like nothing ever seen in a Disney park. That’s a pretty tall statement. 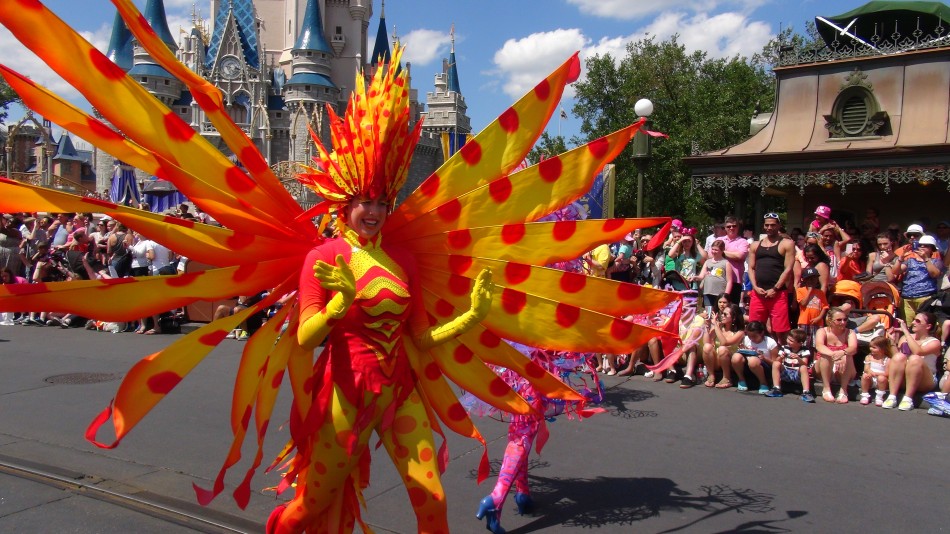 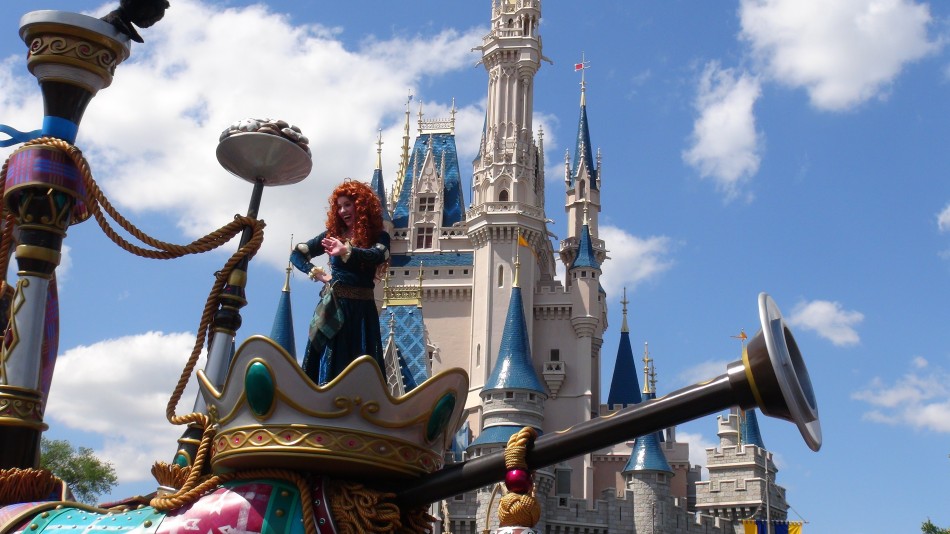 On March 9th, 2014 a bunch of my friends and I camped out on Main Street at 9am and waited 6 hours for the parade. We actually waited 6 ½ hours because when a parade starts in Frontierland, it’s about 30 minutes before Main Street will see it. Oh, and I forgot to mention that I forgot to bring Sunscreen. I was as red as a lobster… 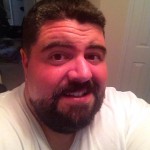 It was all worth it – Being a Disney fanatic, I realize some of you reading this might not get the deep emotional feelings fans can derive from a sucecssful Disney spectacle. And that’s okay, as long as you don’t mind me trying to convey that craziness to you J. I also know some of you already know what I am talking about.

Before it started, there was pressure on Disney. Whatever creation was to come down these streets better be good – after all – we probably will have to live with it for many years.

The music began – with a toe tapping upbeat, almost Disco like tune. And then the first float appeared. It certainly was BIG and larger than anything I had seen come down these magical streets ever before.
The crowd was cheering loudly and you literally could feel the electricity in the air. I looked around me and at my other Disney fanatic friends, and most of us were teary eyed. We had just fallen in love. We let our cynical guard down and realized Disney did us proud. 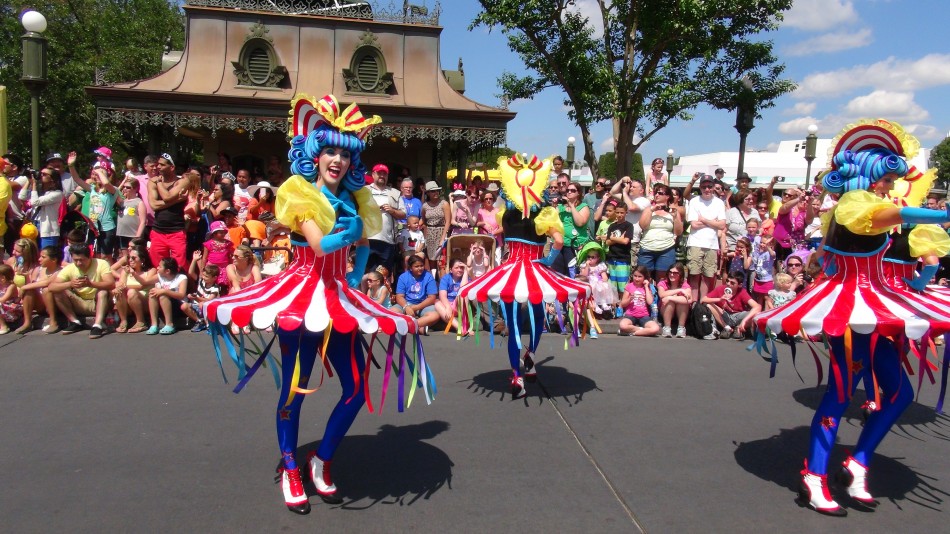 The floats were all animated, magical and each one with it’s own story that fit into the Festival Of Fantasy. The costumes were out of this world colorful and imaginative.

Mid Parade, Maleficent in Dragon form appears. She is a sight to behold. Sort of in a SteamPunk style, she elegantly makes her way down the street, lifts her head up high and breathes fire to the oohs and ahhs of the crowds delight.

It was the first parade that I felt had to be seen many many times to catch all the details, much like a good attraction. I went back the following 2 days, filming it from high above at the train station and then another angle on Main Street to create a Pandavision MultiAngle video. 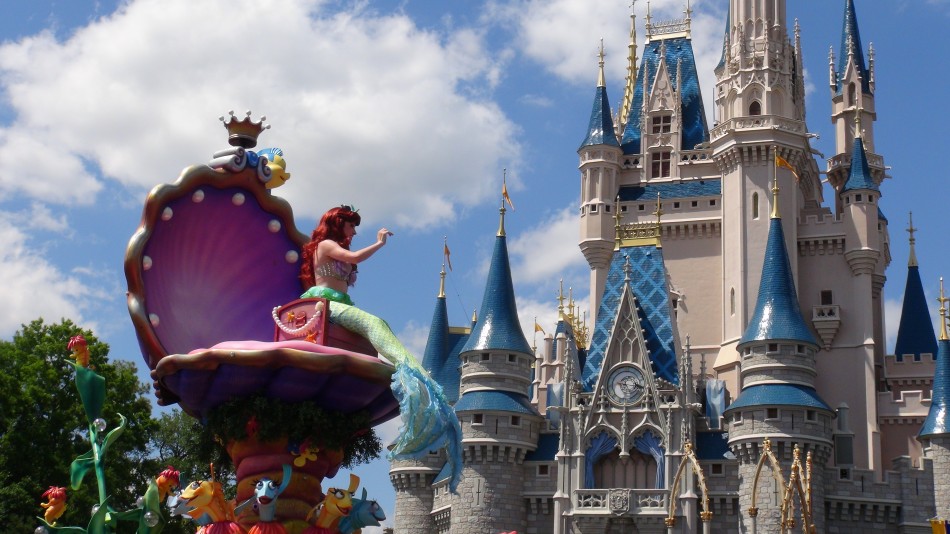 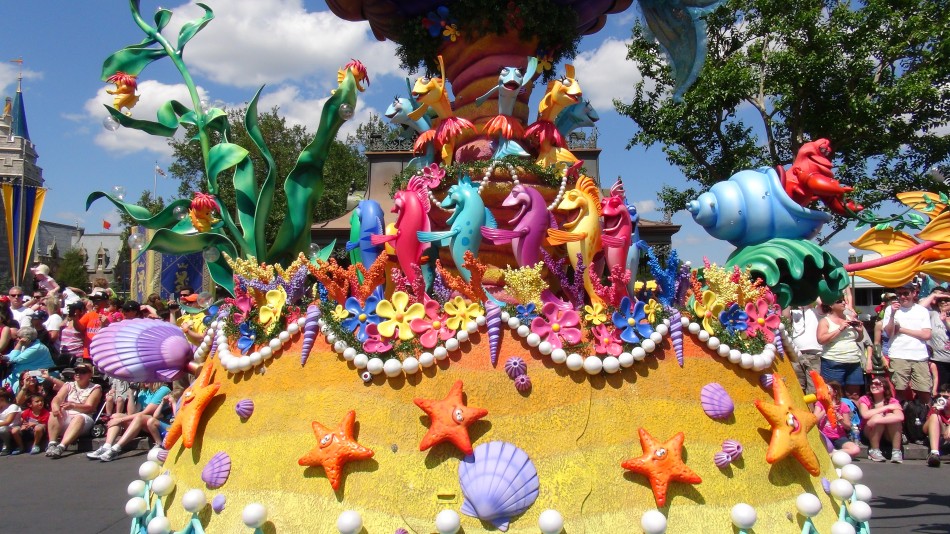 My only worry with a parade so grand and large is, what are they going to do with the garland on Main Street for Christmastime. There is no way this beast of a performance can clear the garland that drapes across the Main Street buildings. First world problems, I know J. 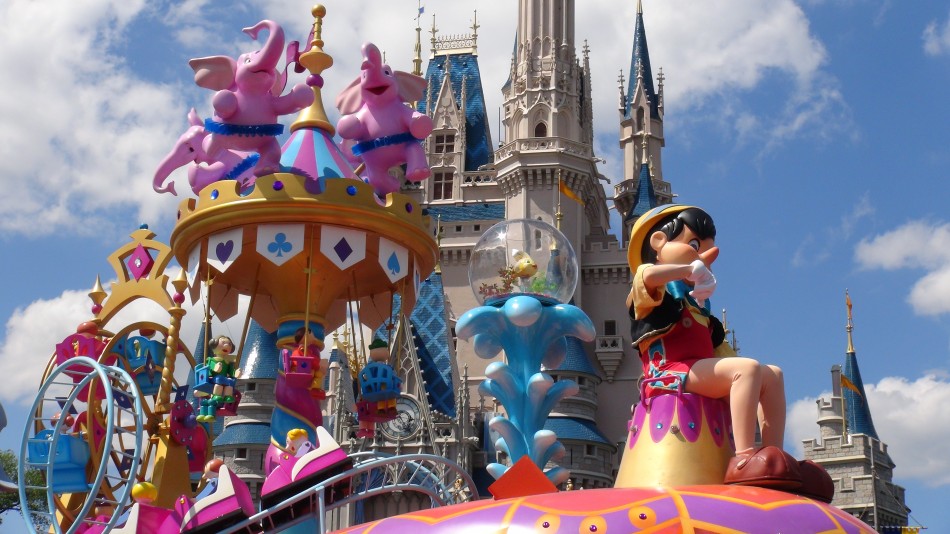 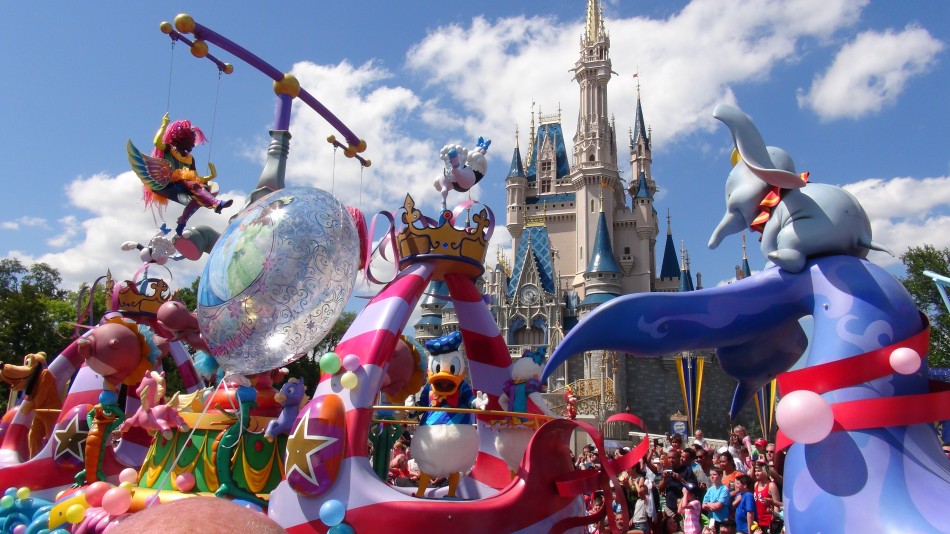 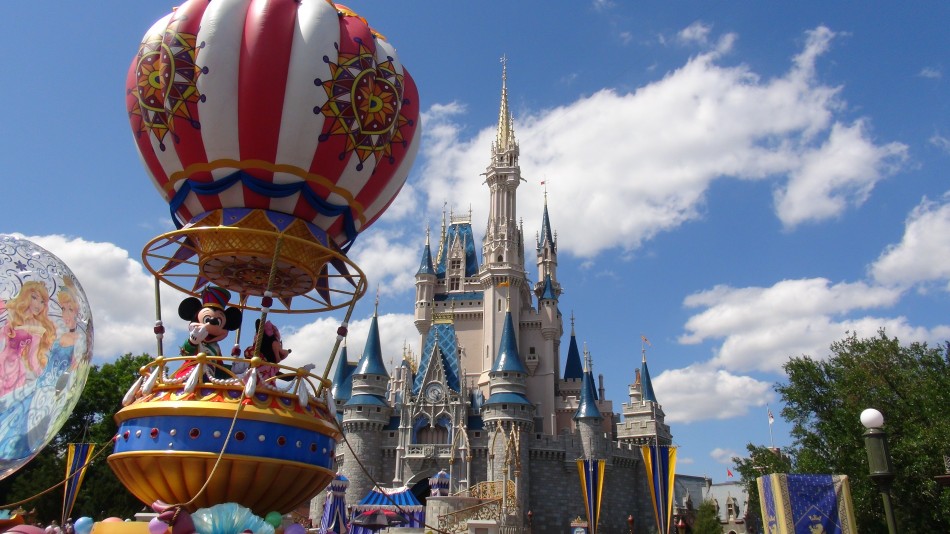