On August 13 of this year two Walt Disney World attractions closed permanently. The Great Movie Ride could be found in Disney’s Hollywood Studios. 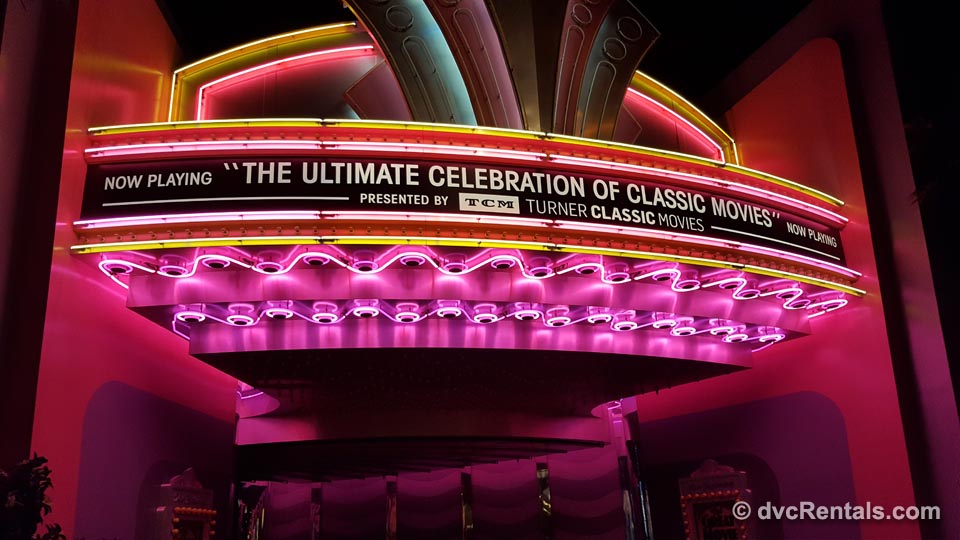 The Universe of Energy/Ellen’s Energy Adventure was in Epcot. 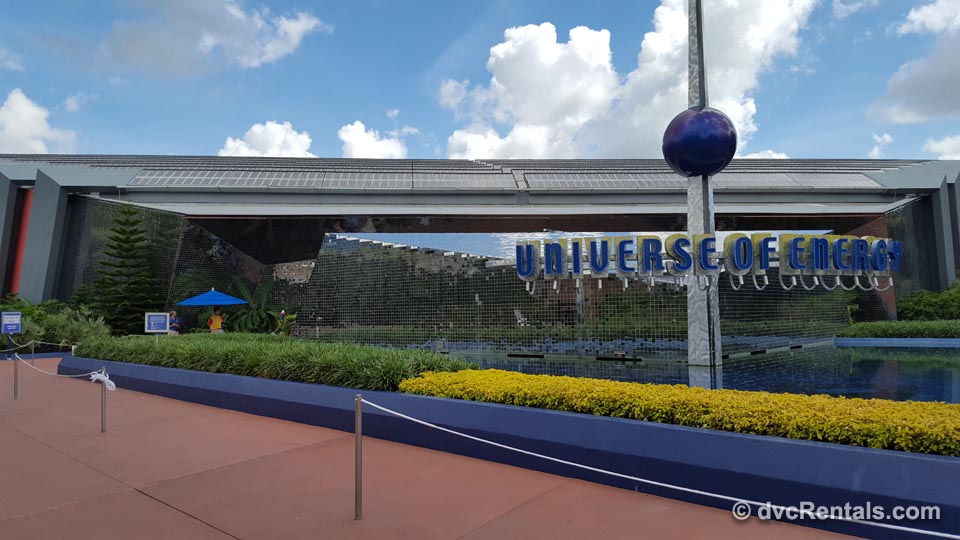 Both were available to experience on opening day of the parks they were located in. That translates to the Universe of Energy being part of Walt Disney World since October 1, 1982, and The Great Movie Ride having been around since May 1, 1989. I live in the area, and I decided to ride both attractions one last time on their final day of operation.

I started out by getting a Fast Pass for the Great Movie ride well in advance so I would be sure to get in. And sure enough, as the closing date of the attraction got closer the fast passes got fewer and fewer, until none were left. I booked my Fast Pass early in the morning to avoid the crowds I knew would build up as the day went on. My plan was to go on the Great Movie Ride for a final time, and then go over to Epcot to experience Ellen’s Energy Adventure one last time.

When I arrived at Disney’s Hollywood Studios at 9:30 AM I was able to park easily. I did not bring a bag, so I was able to bypass the bag check and head down Hollywood Boulevard towards the Great Movie Ride. There was a PhotoPass photographer taking pics of people holding one of those movie scene clap-boards that had the words “It’s a Wrap” and the date 8/13/17 written on the board. The line to get a picture taken was fairly short, so I got on and waited 5 minutes or so to get my picture taken. 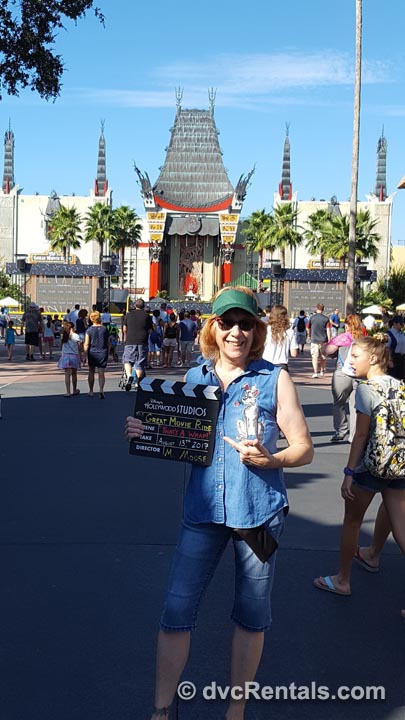 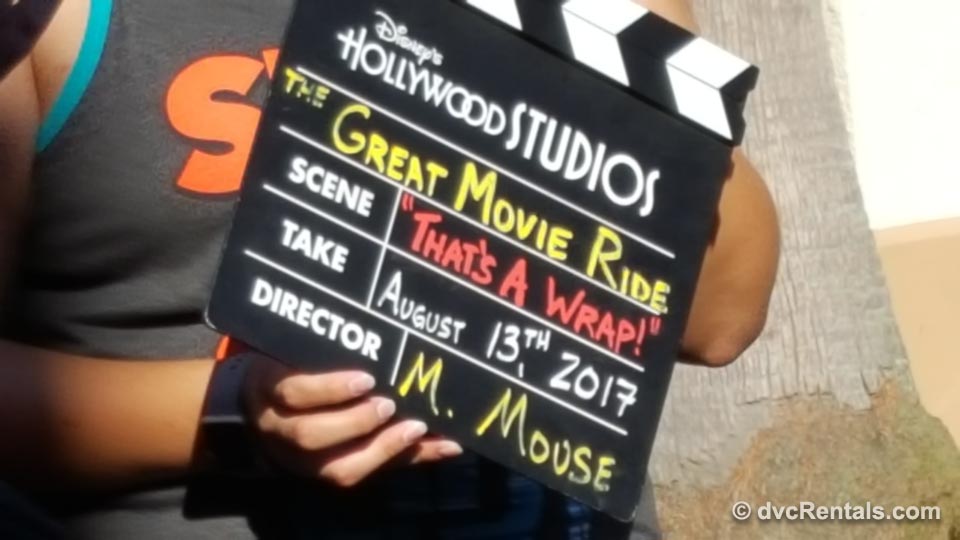 My Fast Pass was for 9:45, so after that I continued on until I reached the entrance to the Great Movie Ride. At that time the stand by wait was 50 minutes, which didn’t seem too bad to me, as the park had been open for over an hour. I am not sure if the wait was truly 50 minutes, because it seemed to me that the line outside stretched pretty far back. 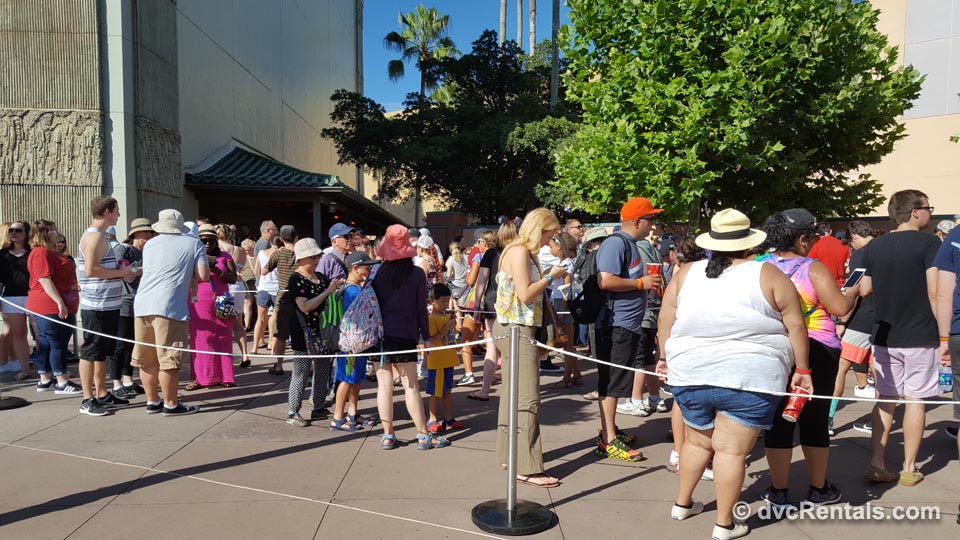 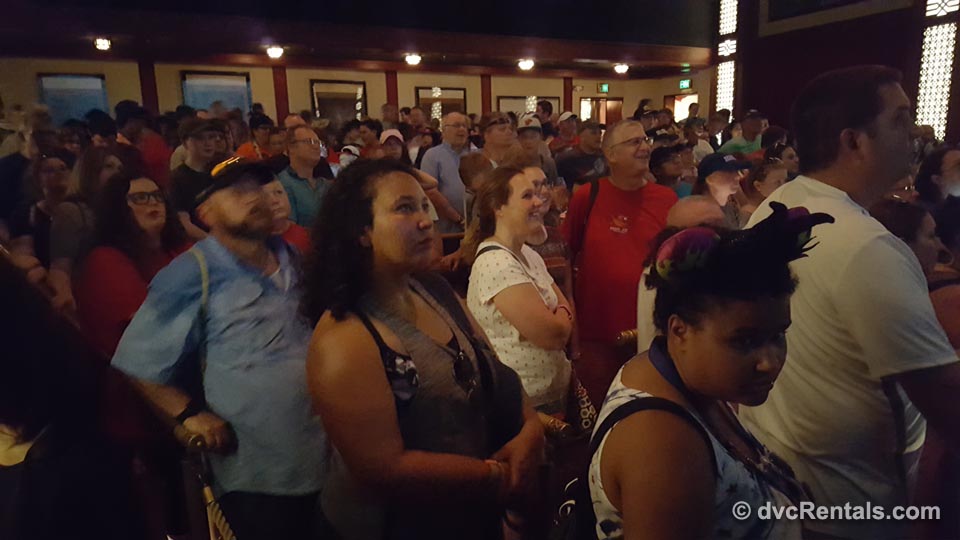 However I can say that the Fast Pass line moved very quickly. Although I have been on the attraction more times than I can count I took my time as best I could, to really soak it all in one last time. I could have gone right on the gangster scene ride vehicle, but I wanted to wait for the Western Scene, my favorite. I requested to do so and the cast member was fine with that, so I had to wait for the next ride vehicle to arrive. 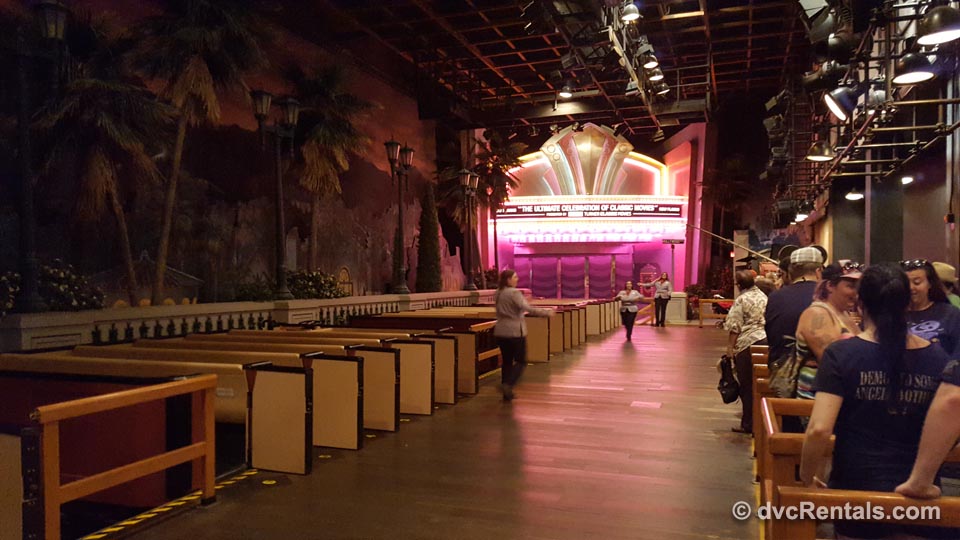 The wait was short and I was soooo happy to be seated right in the front next to the driver. It was great to have such a super view on my last ride. 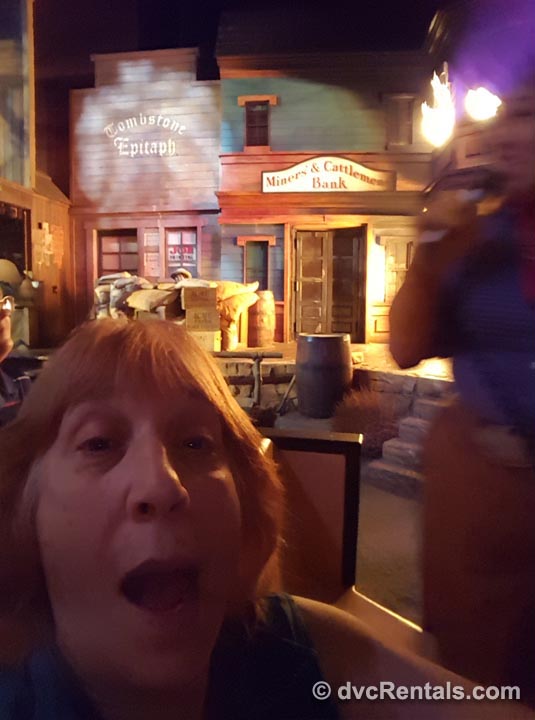 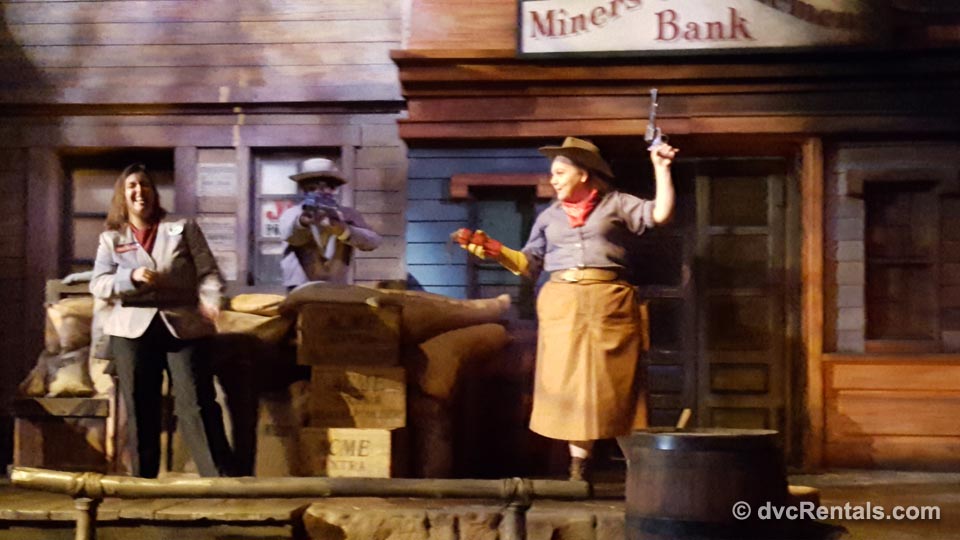 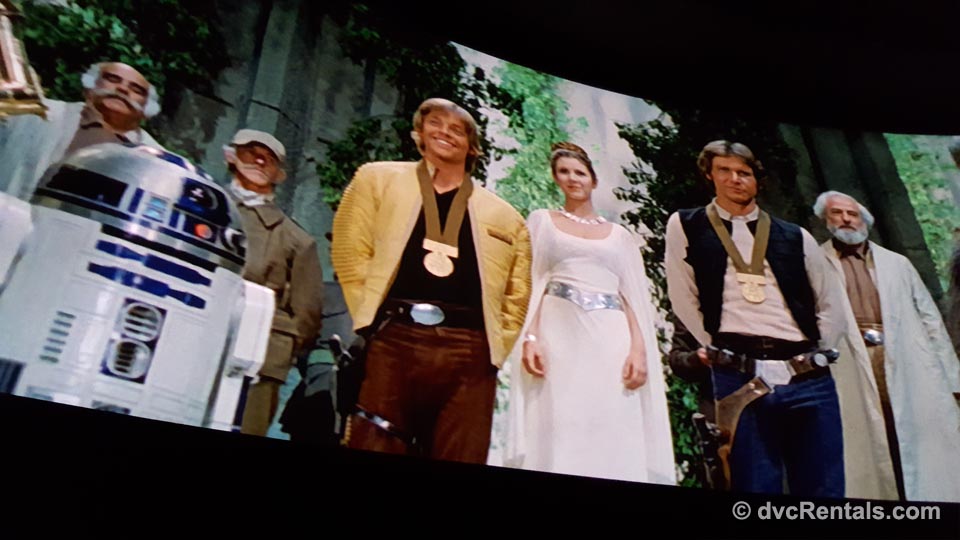 Nothing was mentioned about it being the last day, but when the ride was over I thanked the Cast Member for doing such a good job on my final visit to the Great Movie Ride.

As I exited I stood in front of the theater looking at the various paved stones that had been autographed by well-known actors and actresses. 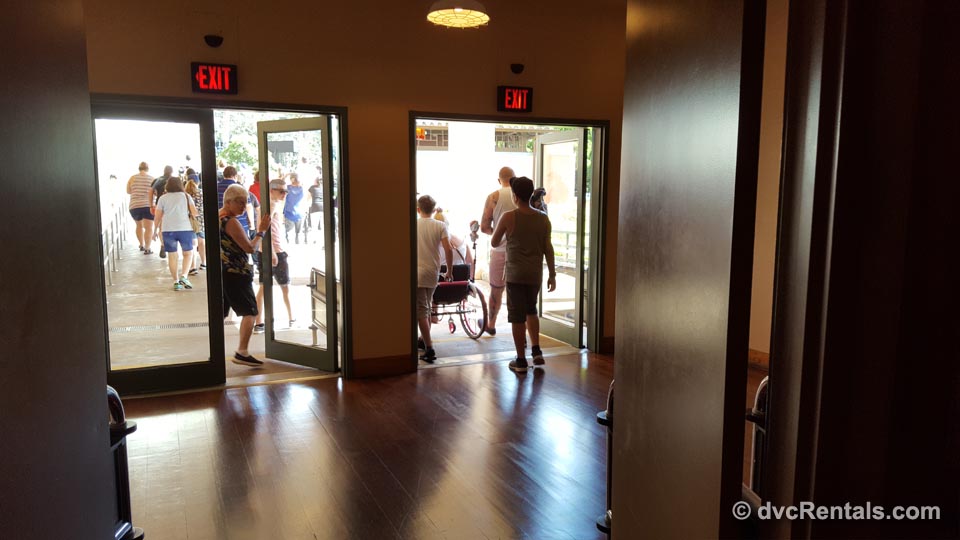 I was feeling sad that I wouldn’t be able to see Jim Henson and Kermit’s autograph any longer so I asked a CM to take one final pic of me with that stone. Much to my surprise I was informed that the building itself was not going to look different at all, and that all the autographed stones would remain! Only the inside was due to change (to a ride dedicated to Mickey Mouse). I still posed with Jim and Kermit, but I felt very happy that they would still be there next time I visit the Studios.

As I drove over to Epcot, I had no idea how busy it would be at the Universe of Energy. 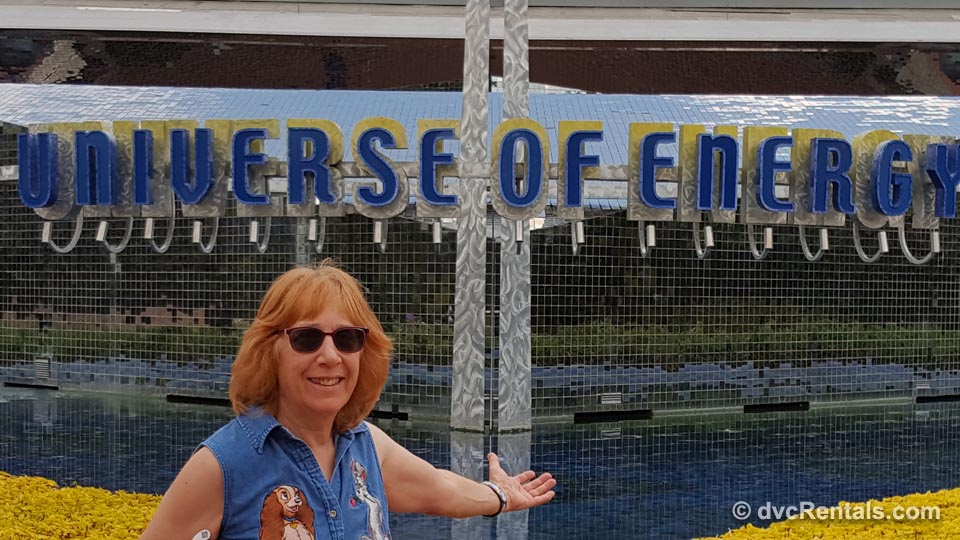 There is no fast pass option, and besides I had booked one at another park, so I wouldn’t have been able to book one at Epcot as well on the same day in advance. I would estimate that I arrived at the Universe of Energy at about 10:30 or so. It was not busy at all, complete walk on. I felt very fortunate not to wait and also because I got there exactly as the attraction was starting. 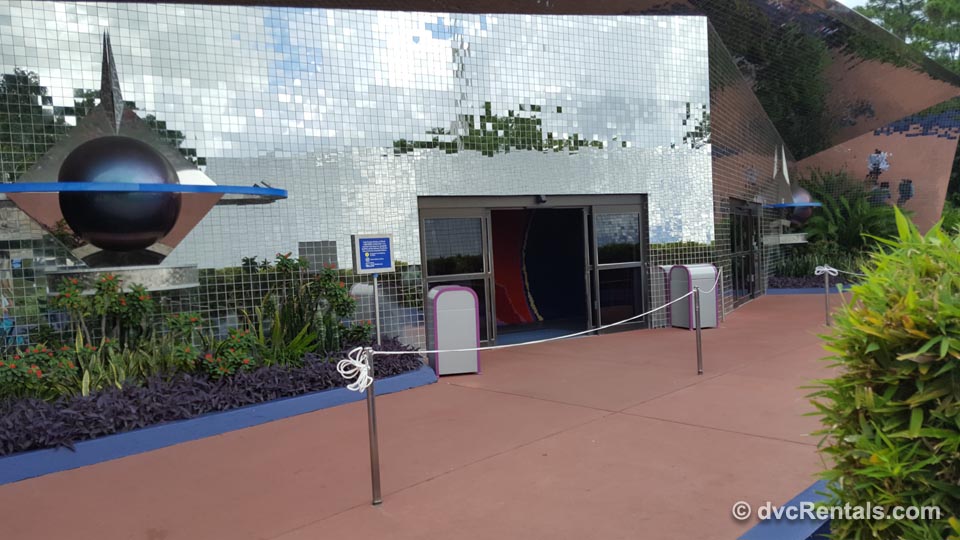 Generally, it seems I arrive partway through the intro, but this time I was able to see the entire thing from beginning to end.

The ride is long and isn’t as popular as the Great Movie Ride, so in the past it was unusual to see the ride vehicles fill up unless it was a holiday. But this time it was full, or close to it. Again, I tried to soak it all in, pay good attention to all the details, and enjoy my final ride as much as possible. 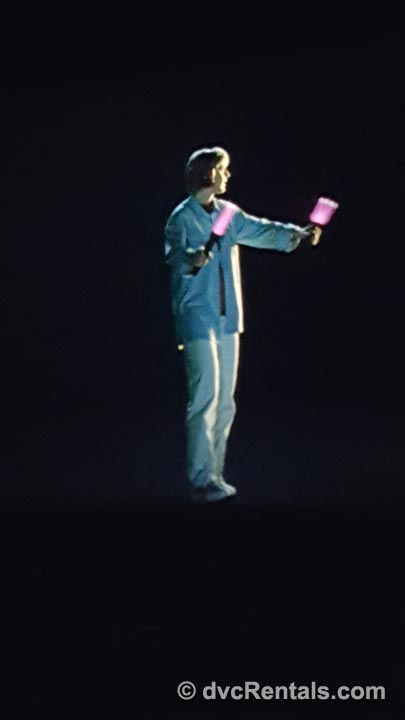 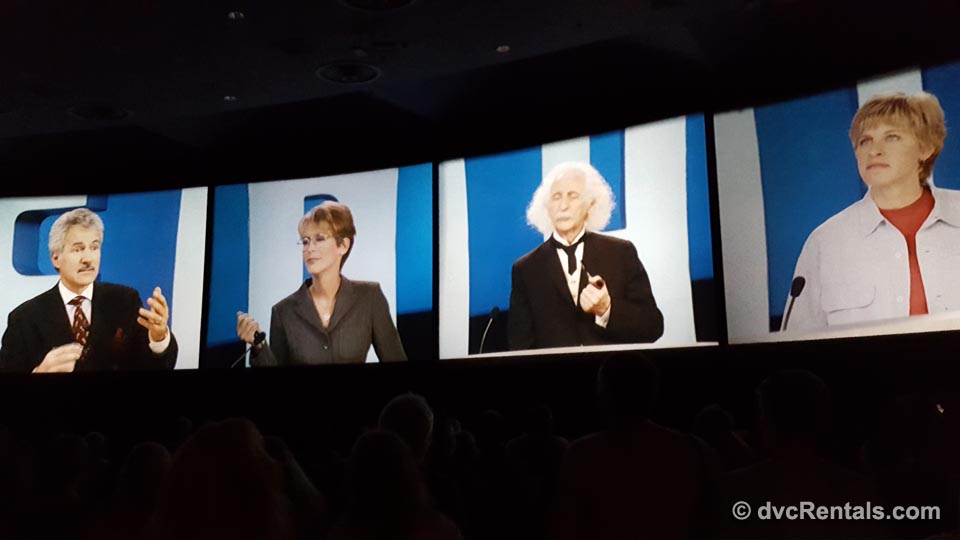 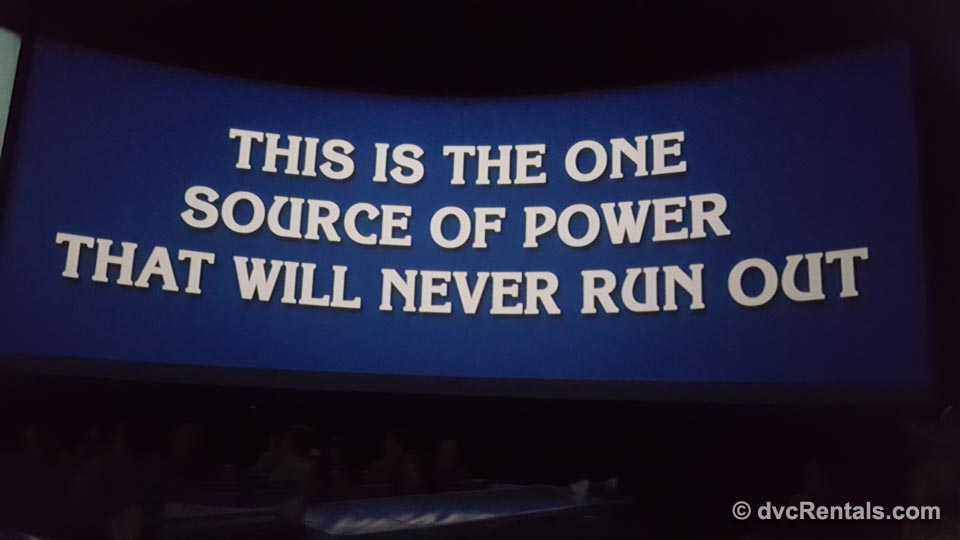 Something funny happened, which I have to share. There is a small dinosaur that shoots water out of his mouth periodically when you are going through the scenes with all the dinos. I must have gone on the ride 50 times in my life and never once did I get squirted. Well wouldn’t you know, the very last ride I got zapped with water from the little guy (or gal, LOL). It somehow seemed so cool that my last ride I experienced something I never had in all the years prior. 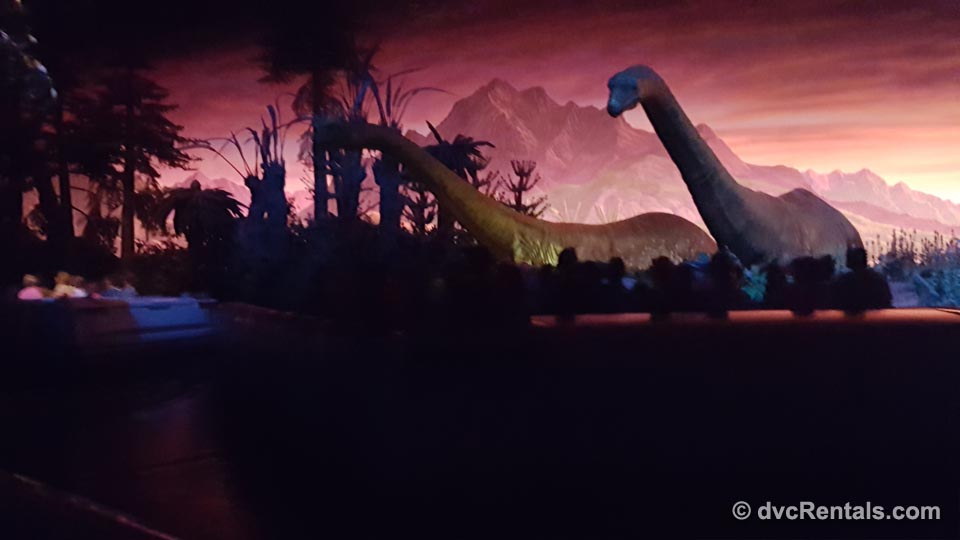 At about noon I was ready to leave Epcot and head home. I was curious how busy it was now at Hollywood Studios, because one of the Epcot Cast Members mentioned to me that they had closed the parking lot due to no more room. It’s a quick drive from Epcot to Hollywood Studios, and it’s on my way home, so I decided to check it out. The Epcot Cast Member was correct. The lot was virtually closed at the Studios, even working Cast Members were directed to a special lot far away from the main entrance (usually Cast Members can park in a special lot right up front). Wow! What a difference 3 hours made. At 9 there was tons of parking, by 12:15 it was packed. I have to confess that I patted myself on the back for making an early Fast Pass at the Studios and having no problem parking. I feel badly for anyone who tried to park later in the day, as they were directed to other lots not connected to Disney Hollywood Studios.

I drove home feeling sad, but not as sad as I expected to feel. I am not sure why. I love the Great Movie Ride and it was always a must do for me when I visited the Studios. I was hoping for years that they would upgrade it (some of the audio animatronics seemed quite outdated), but alas, that was not to be. I loved the montages at both the end and the beginning of the ride, and as they had been updated not long ago I never got the chance to see all of the new scenes at the beginning (maybe I would have if I hadn’t used a fast pass each time…). Additionally, the Great Movie Ride was the only attraction at Hollywood Studios that had been active since day one. So I expected to feel more emotional than I felt, I thought I would cry but for some reason I did not. Maybe it still hasn’t sunk in that I will never have that experience again. I know for sure that I will miss it very much.

As an FYI for those who may not know, The Universe of Energy originally opened without Ellen et al. The dinosaurs were there, but the story was a lot more “dry” imho, not as much fun. The original ride showed a number of movies that discussed various types of energy, and was a lot more serious than the Ellen version. 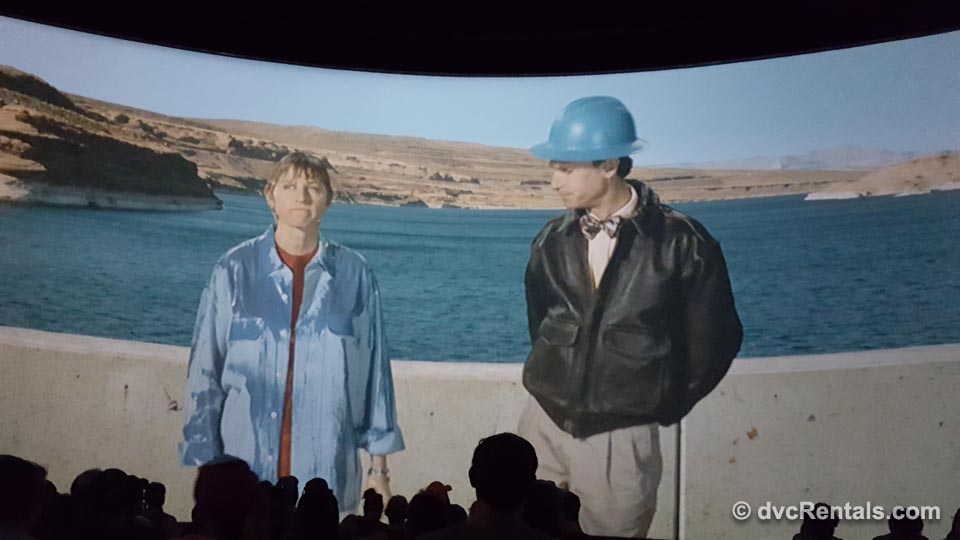 Ellen was not added until 1996, a full 14 years after the Epcot and the original Universe of Energy opened. Although I very much like Ellen, Jeopardy and Bill Nye, and of course “Stupid Judy” (Jamie Leigh Curtis) it was easier to say goodbye to that attraction. Mainly it was just too long for me, so I would only do it a couple of times a year. I never developed the same attachment I had towards the Great Movie Ride. 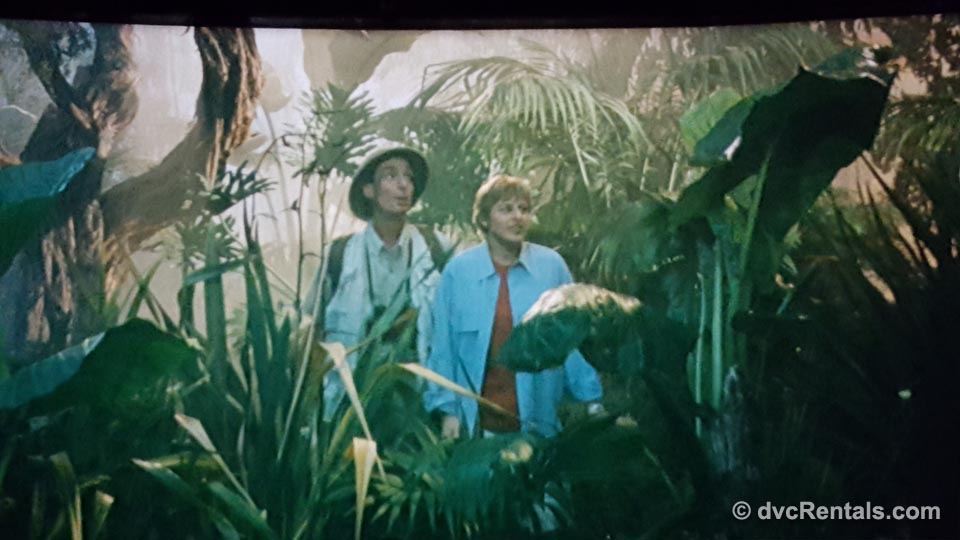 So, what is in store for the buildings that were used for the movie ride and Ellen? We are being told that the Theater that formerly housed the Great Movie Ride at Hollywood Studios will now have a ride dedicated solely to Mickey Mouse. Epcot will replace The Universe of Energy with a Guardians of the Galaxy attraction. Details for both are still emerging as of this writing. I always look forward to new things at Walt Disney World, and I hope both of these attractions will not disappoint. Goodbye Great Movie Ride. Goodbye Universe of Energy. I have wonderful memories of both, it was nice knowing you! 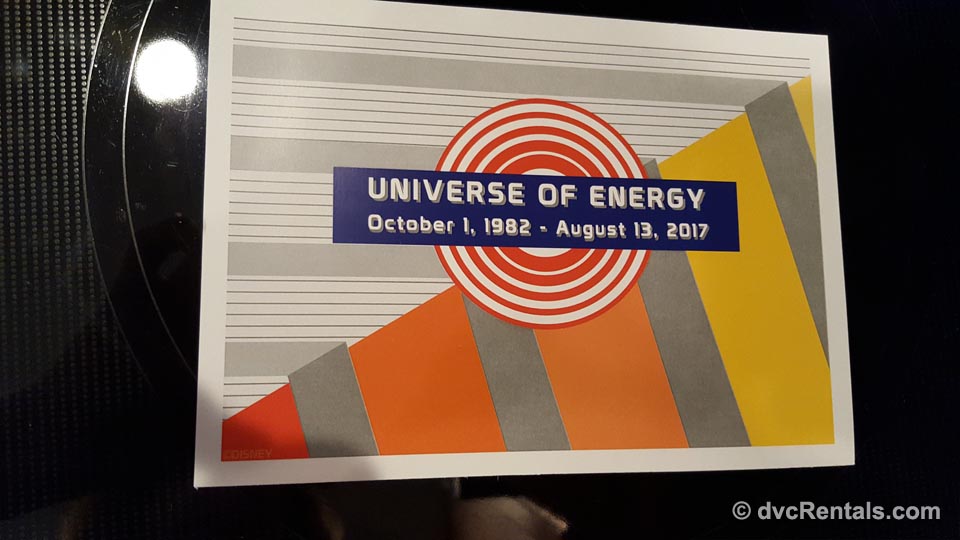 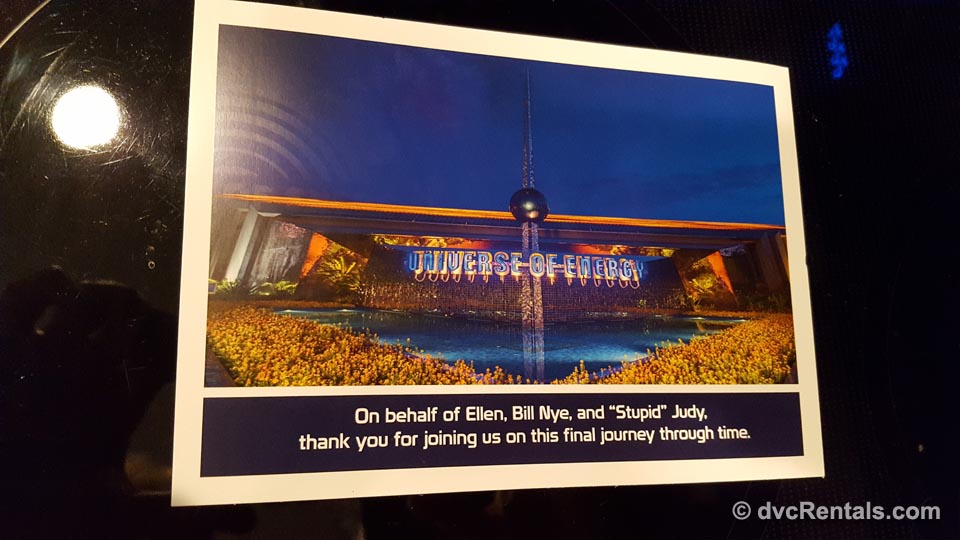