There are quite a number of ways to get around Walt Disney World: driving, walking, buses, Uber/Lyft/Taxi, Skyliner, and of course, the ever-popular Monorail.   However, one of my favorite ways to travel around “The World” is by boat. 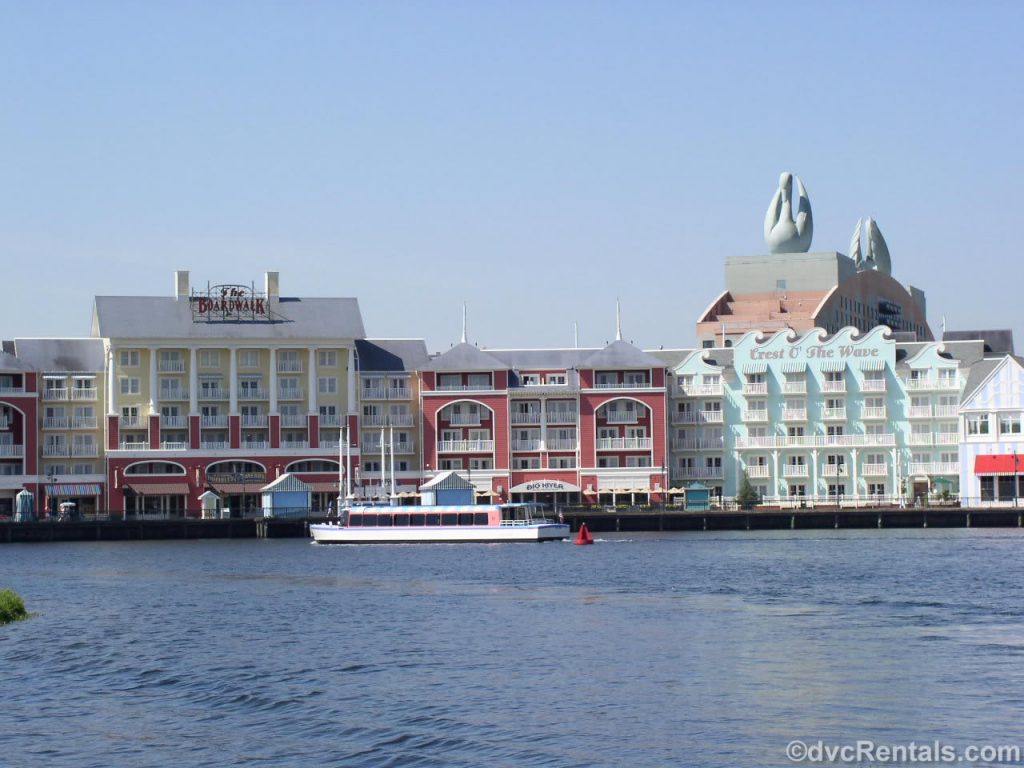 There are a number of different boat routes to travel to and from the parks, as well as rides that use boats. Let’s start by discussing the many ways you can travel by water to and from the Magic Kingdom. The most well-known is probably the Ferryboat that starts out at the Transportation and Ticket Center (TTC). If you are arriving in the Magic Kingdom by car, you will be parking in the TTC, where you will have the option of taking the Ferry or the Monorail over to the Magic Kingdom. Many opt for the Monorail because it looks so cool, but the ferry is a great choice as well. 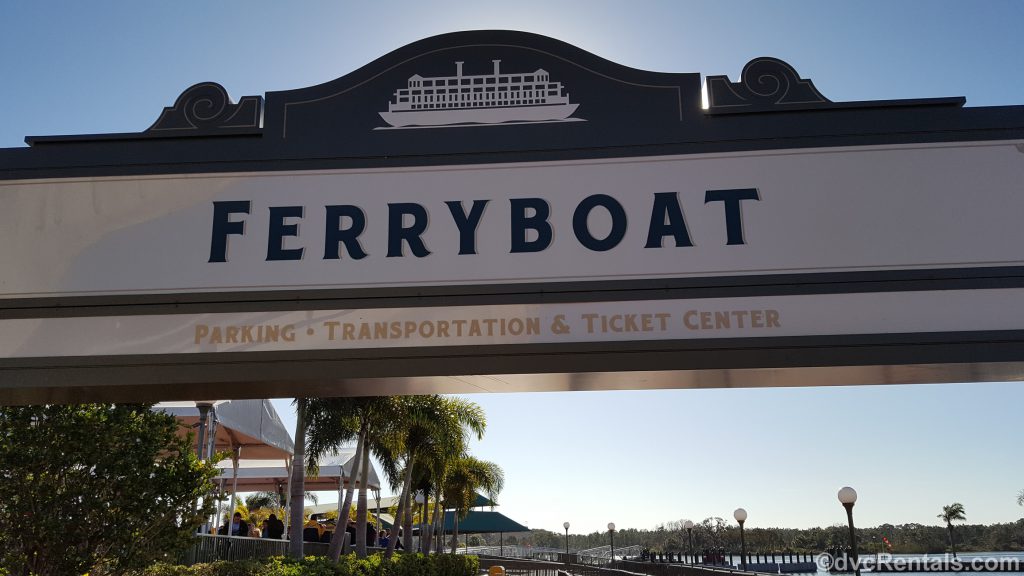 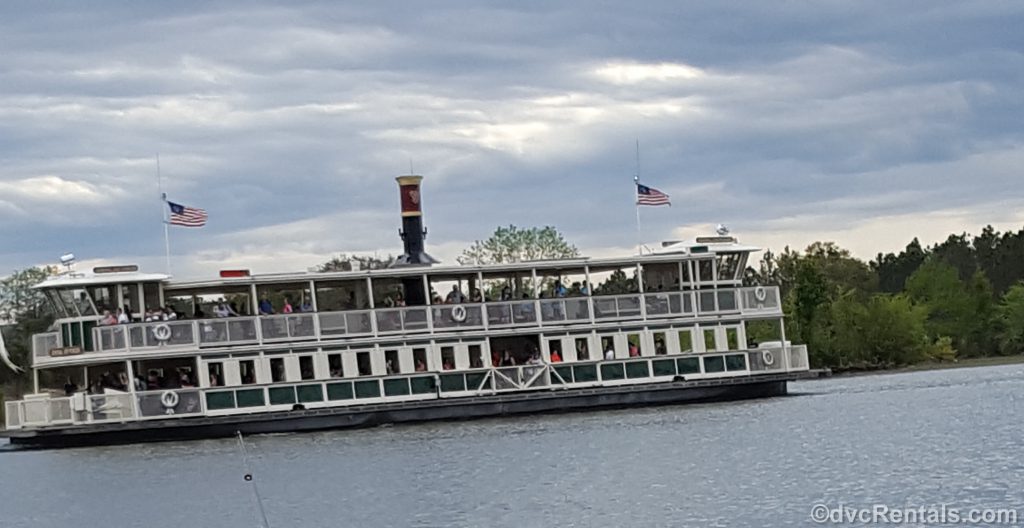 The ferry holds a lot more guests than you might think—over 600 in total! It is about a mile to get to the Magic Kingdom by ferry, and the boat ride lasts 5 minutes or so. It’s a nice relaxing trip, and it’s exciting to see the Cinderella Castle get closer and closer as you approach the park. Fun Fact: The ferries are named after folks who were important in creating and/or building the Magic Kingdom. There are three ferryboats; the names are Richard F. Irvine, Admiral Joe Fowler, and General Joe Potter.

There is another boat that can get you to and from the Magic Kingdom that can be found at the Polynesian as well as the Grand Floridian Resorts. Called simply a “launch,” these boats are considerably smaller than the ferries and consequently fill up much faster. But the size is also what makes them enjoyable; they are never crowded. The launches are more open than the ferry, so you get a strong feel of the air and breeze as you’re floating along. These are NOT a good option when it’s chilly and usually won’t run at all during bad weather. Grand Floridian is the first stop when returning from the Magic Kingdom and the second stop when going to that park (this is subject to change). 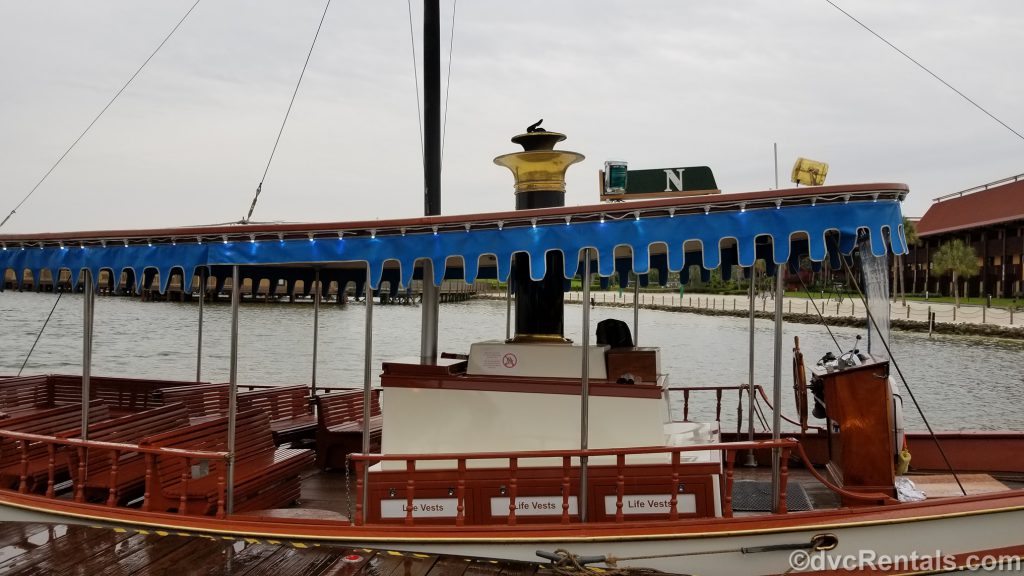 There are other launch-sized boats that travel to and from the Magic Kingdom. There is a launch to/from Wilderness Lodge and another to/from Ft. Wilderness. These boats come fairly frequently, about every 10 to 15 minutes. Although the bus from Wilderness Lodge to the Magic Kingdom is definitely faster, if you are not in a hurry, I urge you to try the boat. It’s a noticeably more magical experience IMHO, and it only adds a few minutes to your trip. If you are traveling with young Mouseketeers, I can almost guarantee most kids will enjoy the boat more than the bus. 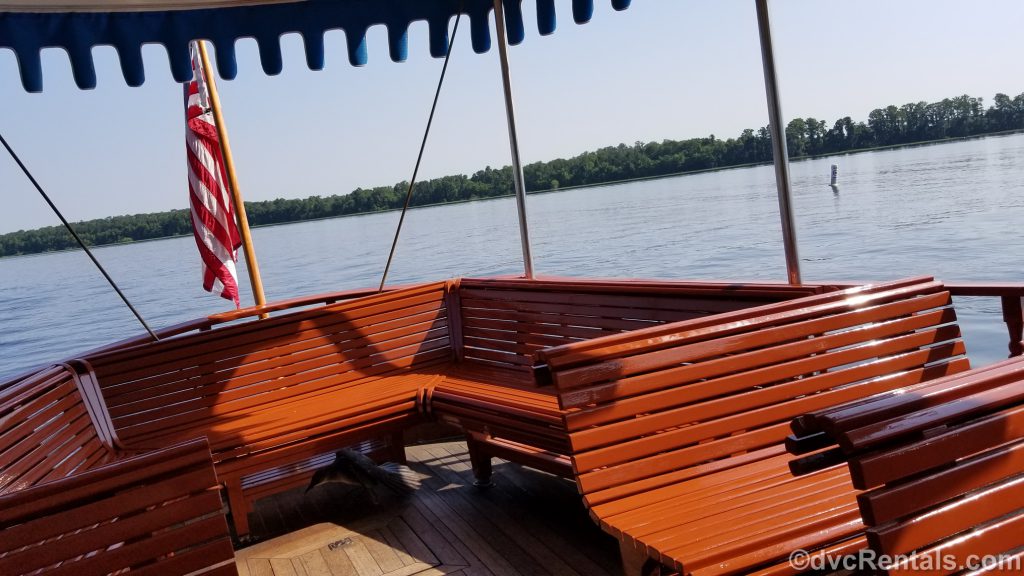 Heads Up: If you are leaving the Magic Kingdom at closing time since the launches hold a lot fewer guests than a bus, if you want to get back to your resort quickly, avoid the launches at park closing (unless you are one of the first guests out of the park or you’re in no hurry).

Let’s move along and discuss water transportation to and around Epcot and Disney’s Hollywood Studios. If you are staying at Disney’s Boardwalk Villas, Disney’s Beach Club Villas, Yacht Club, the Swan, or Dolphin, you have the option of walking to Epcot and/or Hollywood Studios or taking what is known as a Friendship boat. Depending on which resort you are staying at, walking can be faster or slower than taking the boat. But if it’s hot or raining, or if you just don’t feel like walking, the Friendship boats are a great option. 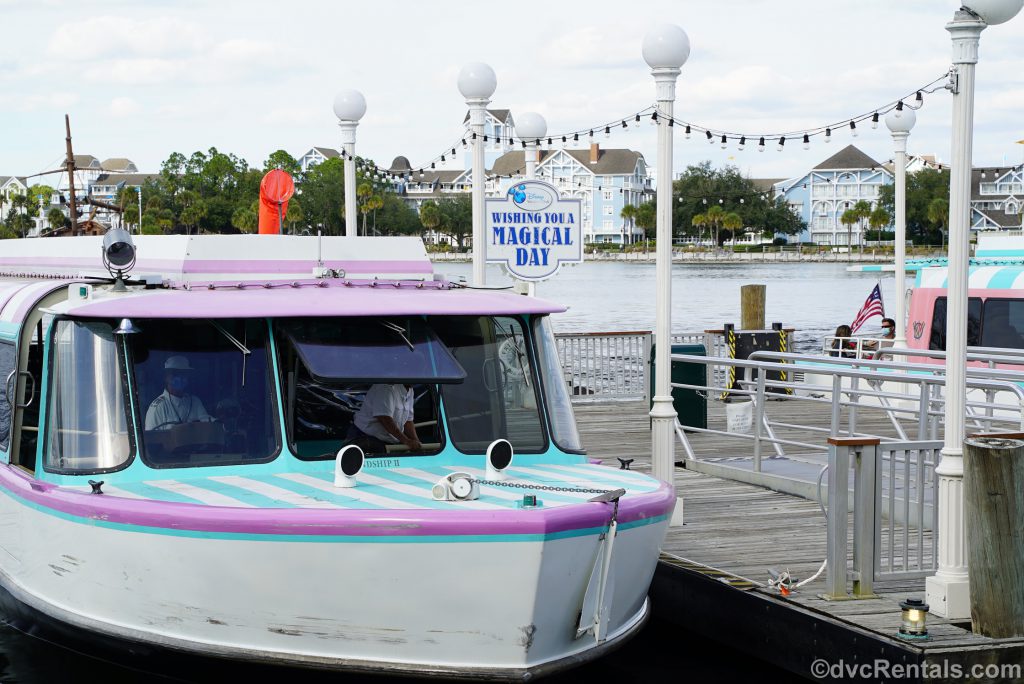 These boats are not as big as a Ferry, but they are much bigger than a launch and can hold quite a number of guests. 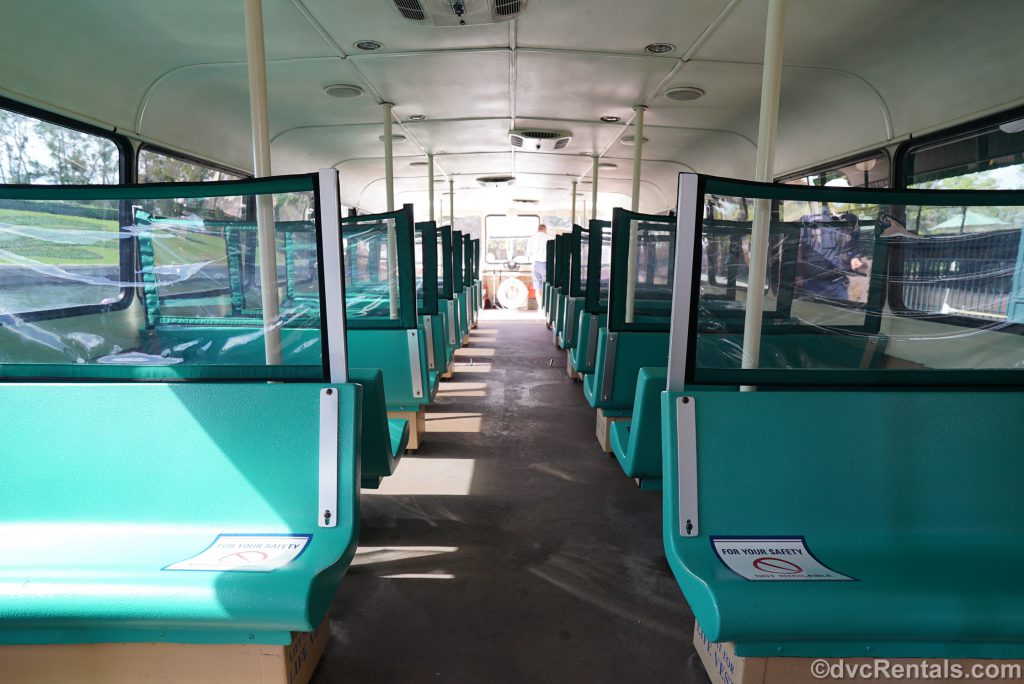 It’s always a good idea to read signs before embarking anywhere at Walt Disney World, but I suggest you pay particular attention to the signs before you board a Friendship boat at one of the resorts. Depending on which side of the dock you are on, you can board going towards Epcot or towards Disney’s Hollywood Studios. Of course, guests can disembark and go back if they make a mistake, but if you are headed for a dining reservation, it will take longer if you take the wrong boat and have to switch.

Friendship boats usually start to run about an hour before Epcot and Disney’s Hollywood Studios open and keep running until about an hour after those two parks close. If you linger too long in the evening and miss the last boat, you’ll have to walk back to your resort. Like the launches, these boats come fairly frequently, about every 10 to 15 minutes. 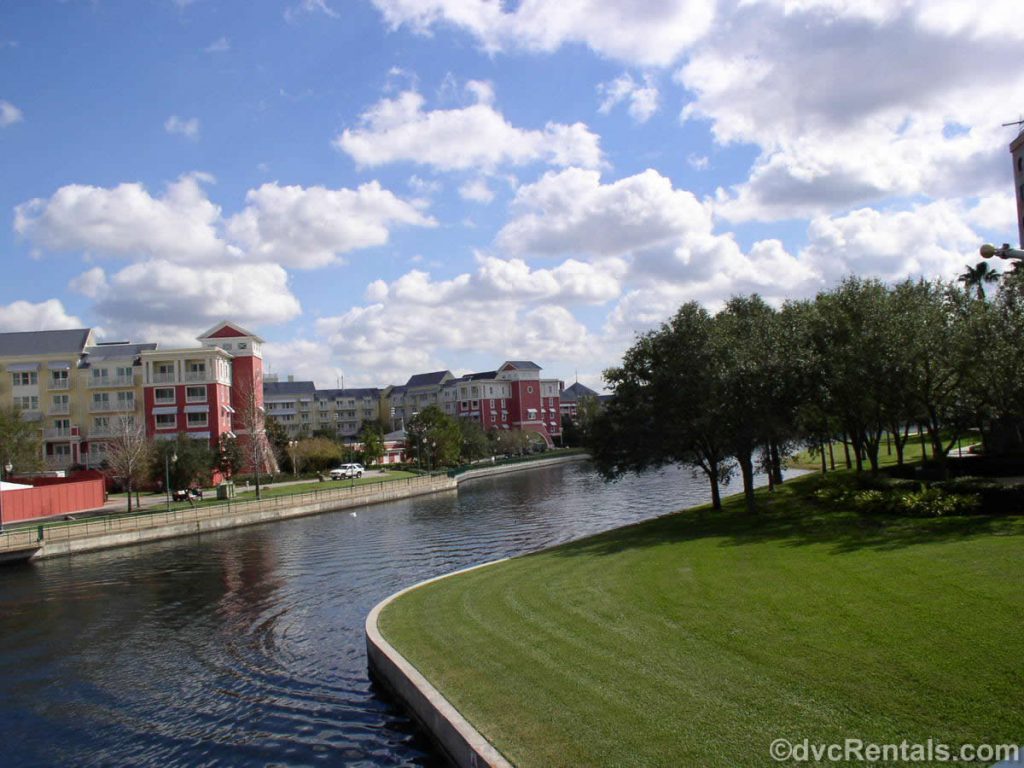 The ride is not particularly fast if you’re boating the entire route from Epcot to Hollywood Studios. The boat stops at each resort along the way, ties up at the dock, lets guests out, and then lets guests board before untying and taking off again. Due to all this starting and stopping, it generally takes about 30 minutes to go from Epcot to Disney’s Hollywood Studios via boat. The ride will take you past the Epcot resorts and along the waterway that leads to the Studios. 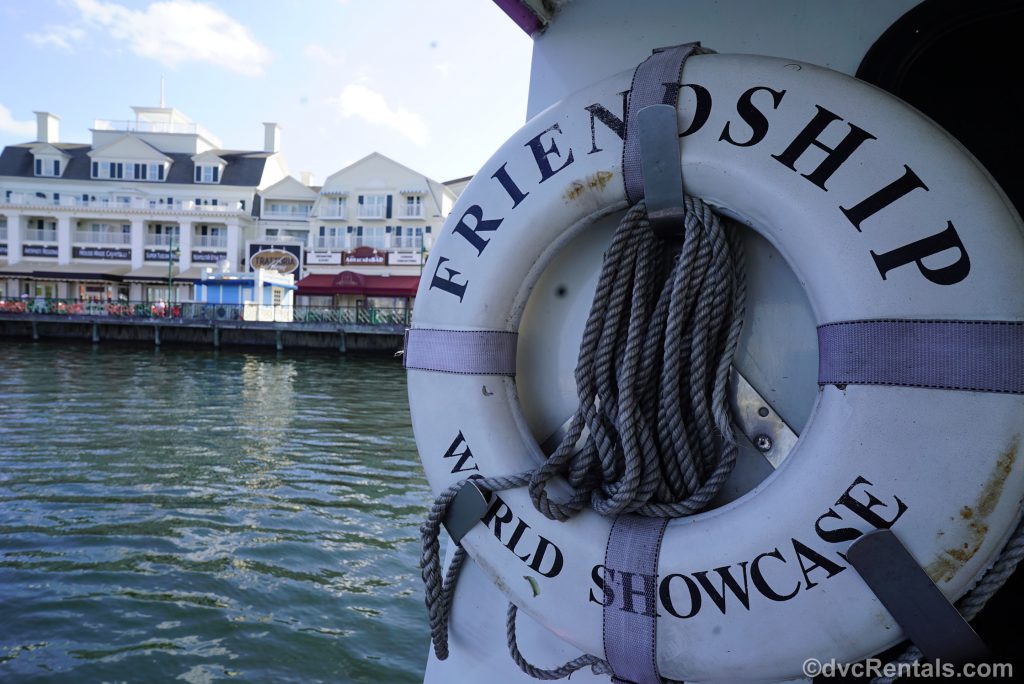 FYI: If you’re traveling from Hollywood Studios to Disney’s Boardwalk Villas and want to save some time, disembark at the first stop, Swan/Dolphin. Walk to your left after you get off the boat and follow the signs a short distance over a small bridge, and in two minutes or so, you will be at Boardwalk (near Jellyrolls). You’ll still get 90% of the enjoyment of the boat ride, as the majority takes place between the Studios and Swan/Dolphin, but it’s faster than staying on the boat the whole way, as Boardwalk is the last resort stop when coming from the Studios (it’s the first when coming from Epcot). If you’re in no hurry, stay on and enjoy the stops at the other resorts before arriving at Boardwalk. To clarify here is the order of the Friendship boat stops going in both directions: Starting at Epcot, it’s Boardwalk, Yacht/Beach, Swan/Dolphin, Disney’s Hollywood Studios. Coming from the Studios, the first stop is Swan/Dolphin, then Yacht/Beach, Boardwalk, Epcot.

If you have seen or taken the Friendship boat to Epcot, you may notice a boat that looks the same in the World Showcase Lagoon.

Walking may be faster, but it’s not as much fun as taking the boat, which will also save you from being in the sun on hot days (or rain on rainy days) and will give your feet a break any day. 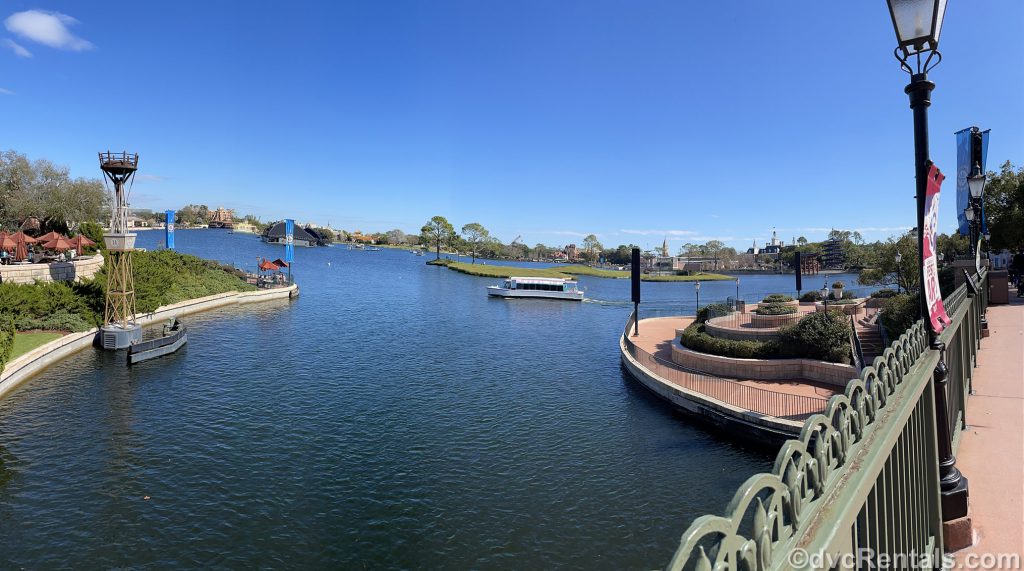 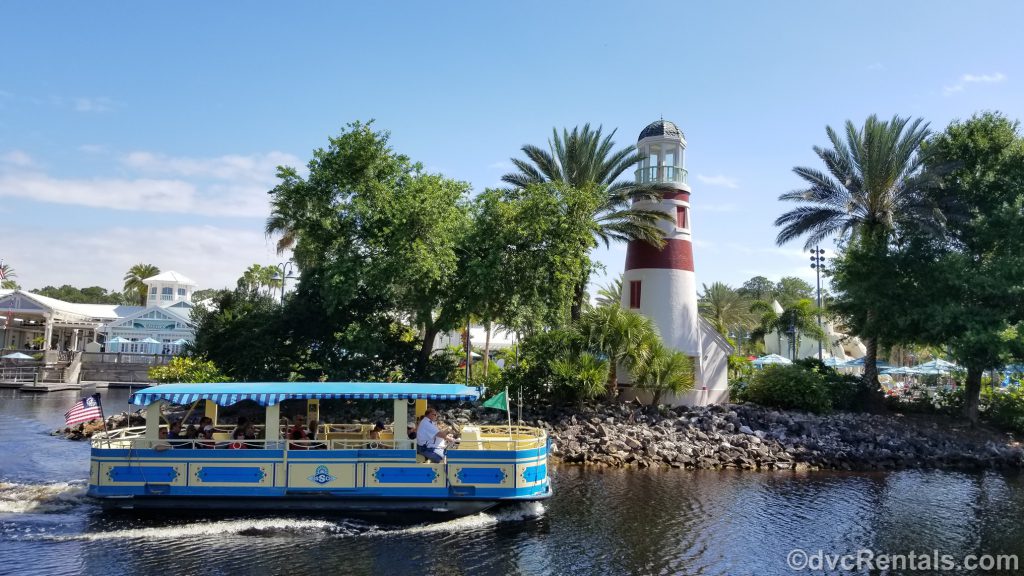 These open-air boats fit more guests than the launches but less than the Friendship Boats. They are a very enjoyable way to get to Disney Springs, as the river is very pretty and the ride very relaxing. Currently, these boats on the Sassagoula are not running, but hopefully, it won’t be long before they are back. 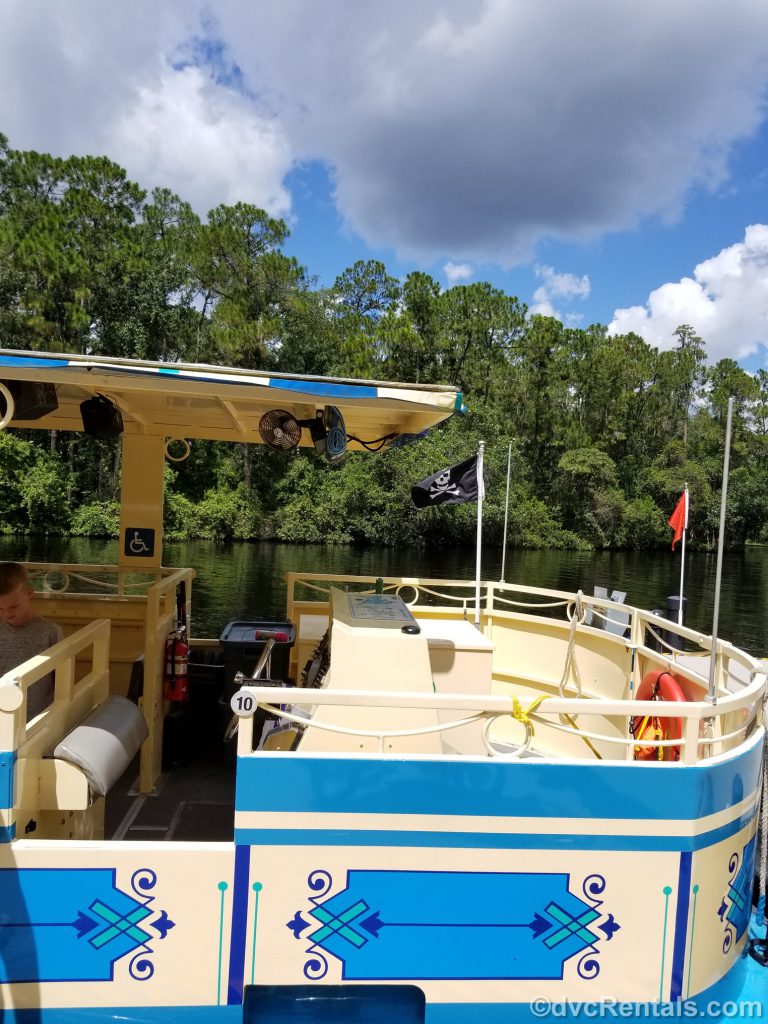 A word of warning—if there is lightning in the area—even lightning you may not be able to see—none of the outdoor boats mentioned in this blog will run. At Walt Disney World, it’s always safety first, and lightning and boating don’t mix.

Let’s move on to the large number of park attractions that use boats. By far, the most are at the Magic Kingdom: Pirates of the Caribbean, Liberty Belle Riverboat, It’s a Small World, Jungle Cruise, Splash Mountain, and the “raft” to Tom Sawyer Island. 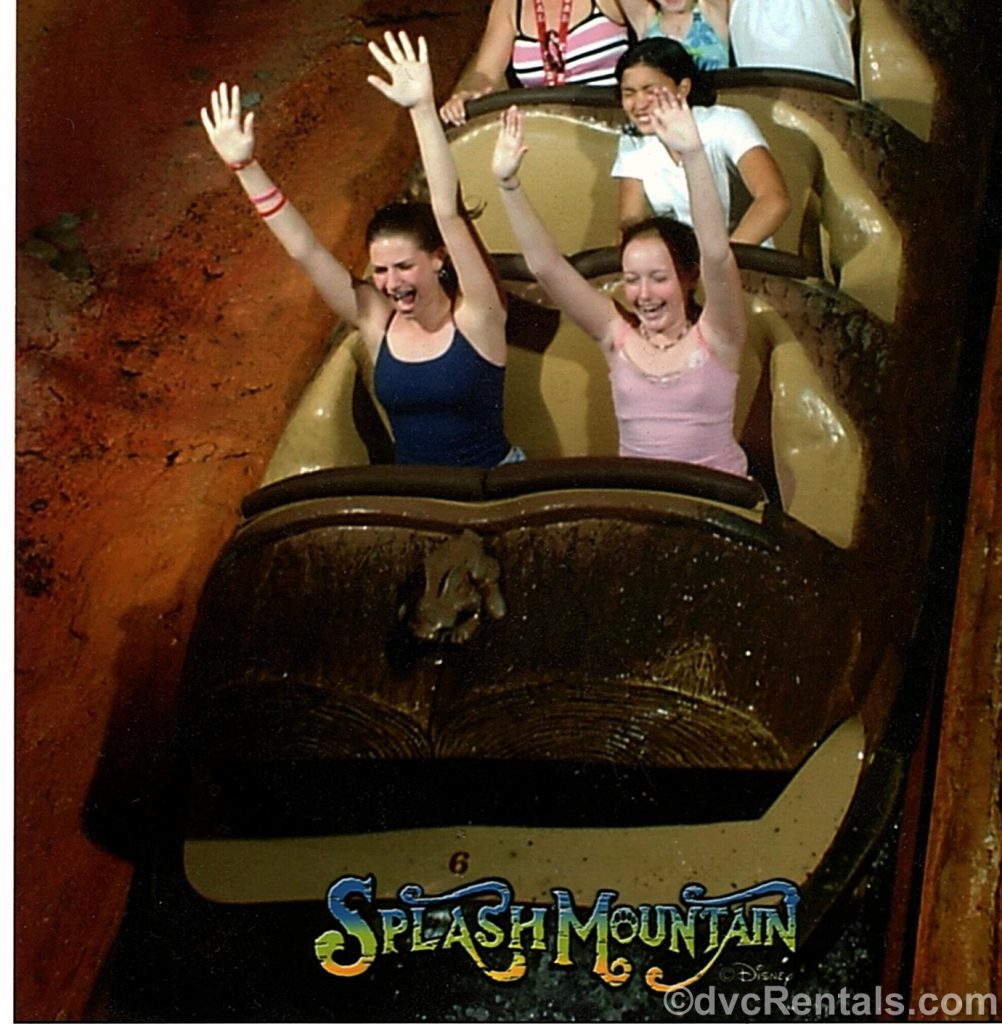 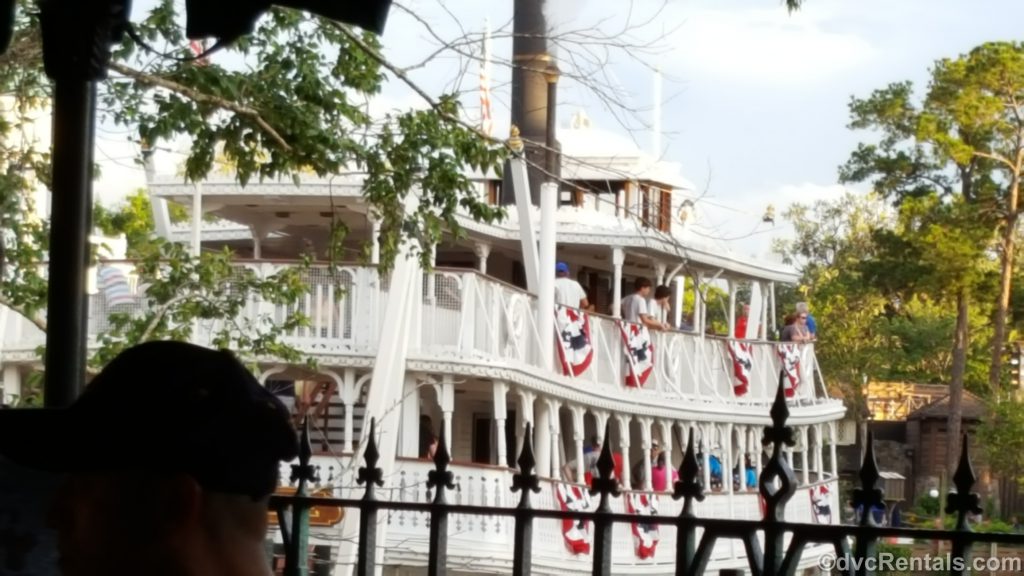 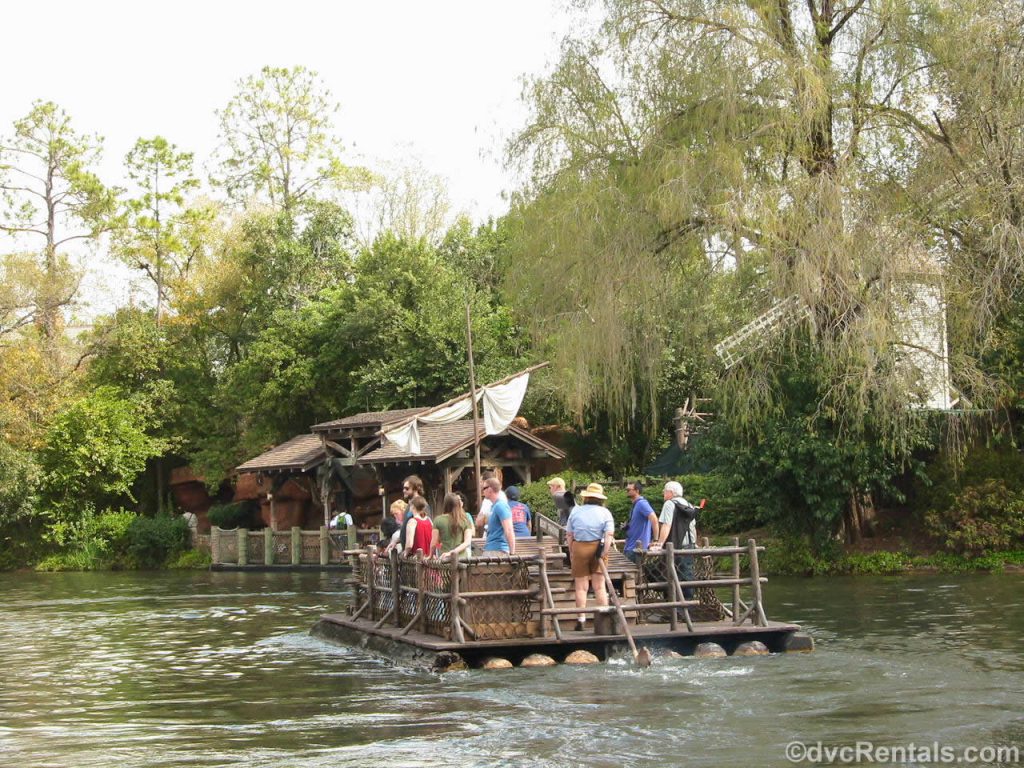 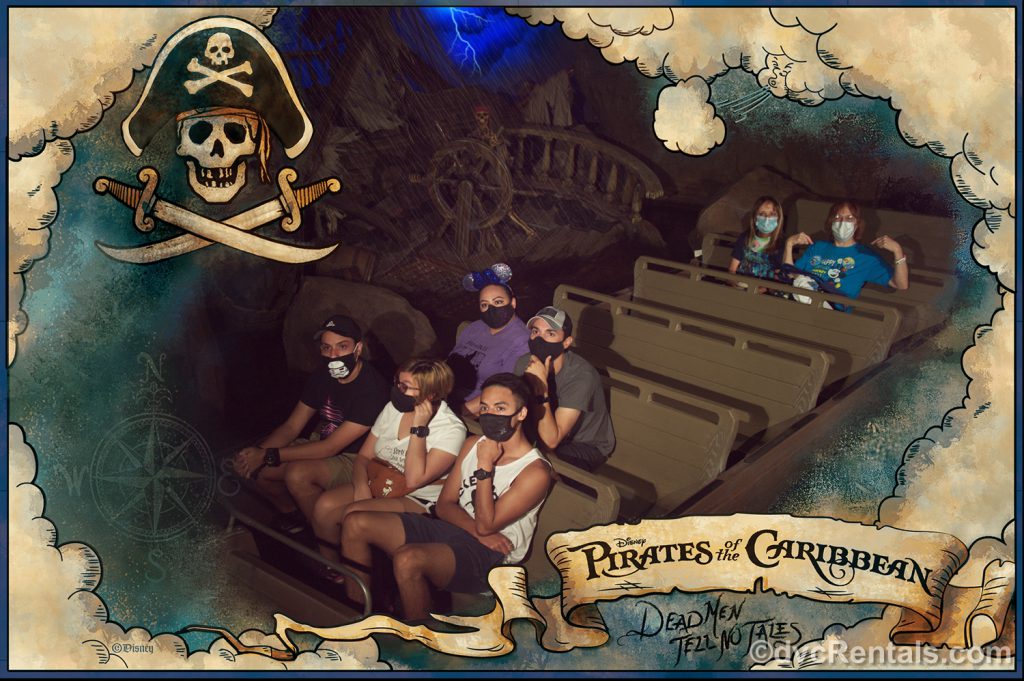 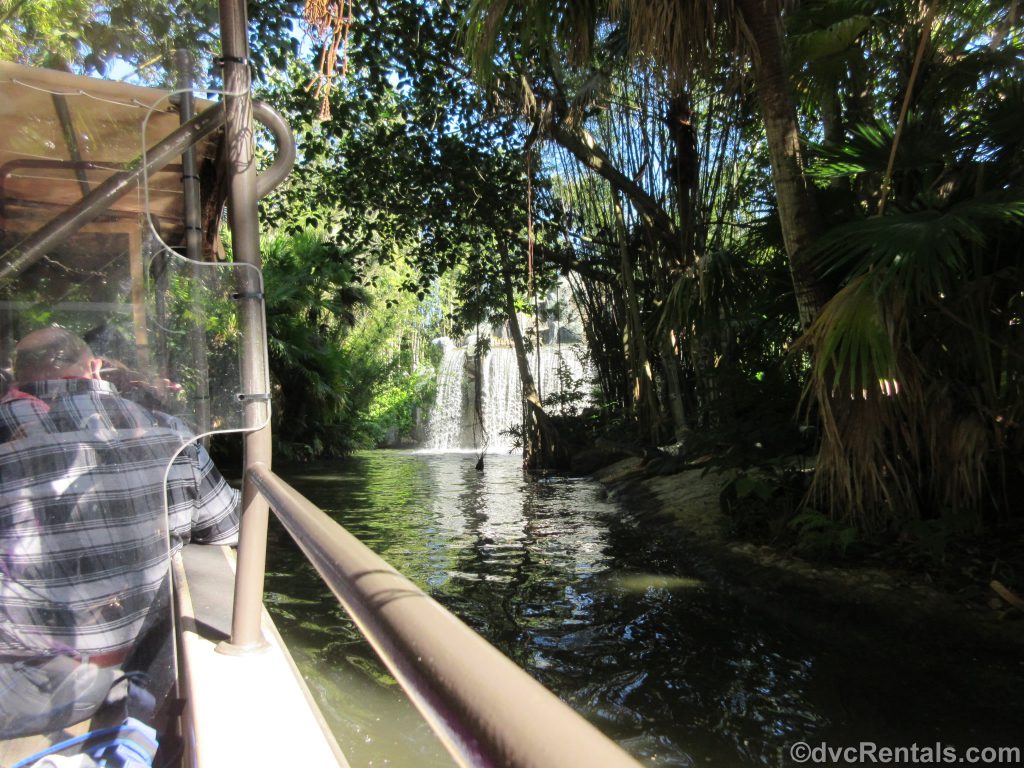 Epcot has Living With the Land, the Gran Fiesta Tour Starring The Three Caballeros, as well as Frozen in Norway. 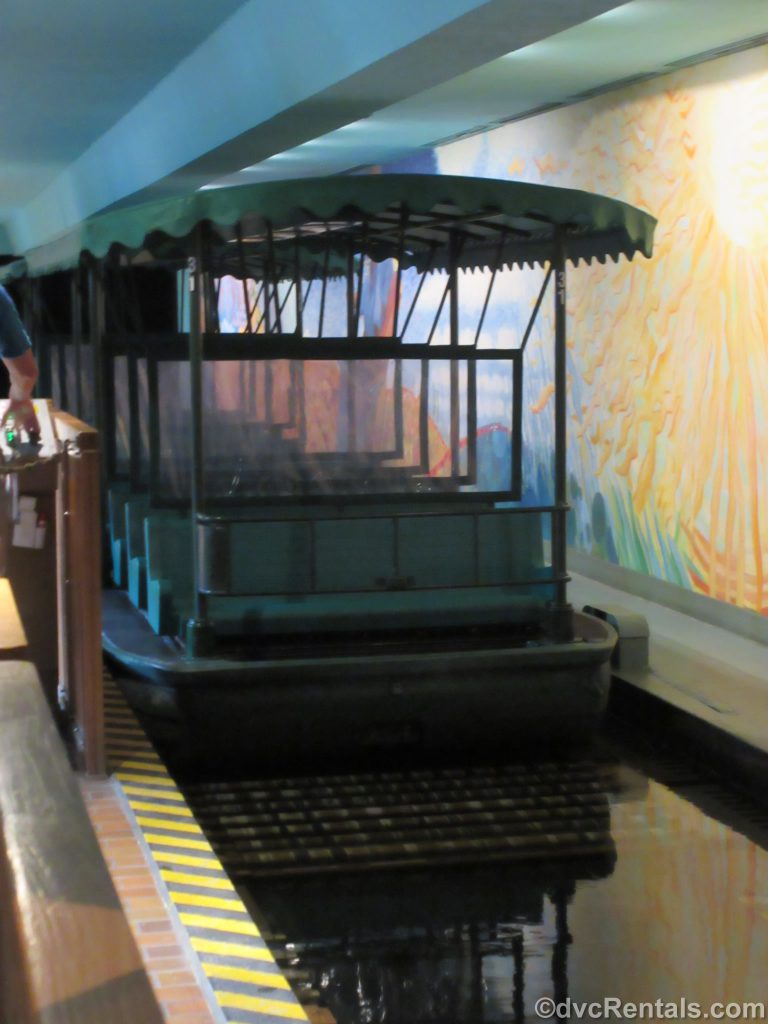 Animal Kingdom had no boat rides (unless you count Kali River Rapids) until the beautiful Na’vi River Journey made its debut. 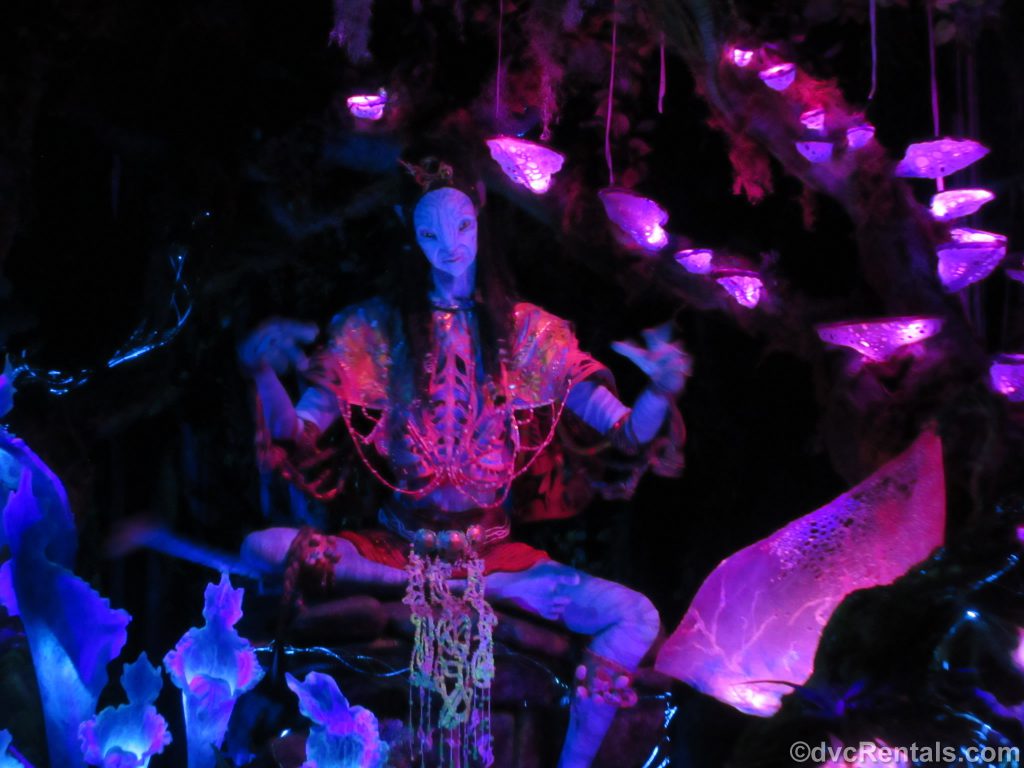 As an FYI, there are no attractions with boat rides at Disney’s Hollywood Studios.

Although currently this is on hold, previously, guests could rent their own pontoon boats in a number of places at Walt Disney World. 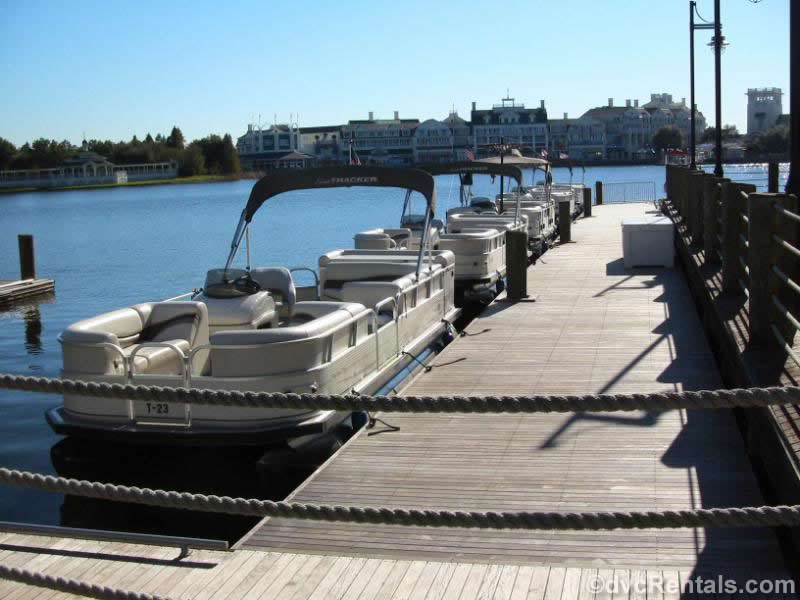 It’s a lot of fun to bring food, have a “picnic” on the boats, and ride around the various waterways. There were also sea raycers (smaller and faster boats) for rental. Additionally, there were fireworks cruises at the Magic Kingdom and Epcot, some with a theme (i.e., Pirates cruise from the Contemporary Resort). I hope that as things open up, these options will return. Check here for updates: https://disneyworld.disney.go.com/recreation/motorized-boats/

For guests who want an amazing (albeit costly) experience, the Grand 1 Yacht will take you on your own private fireworks cruise, complete with an (optional, for an extra fee) chef on board. This is also on hold at the moment. For more info on the Grand /private dining, as well as other Disney fireworks and other park-related cruises, click here: https://disneyworld.disney.go.com/recreation/specialty-cruises/ 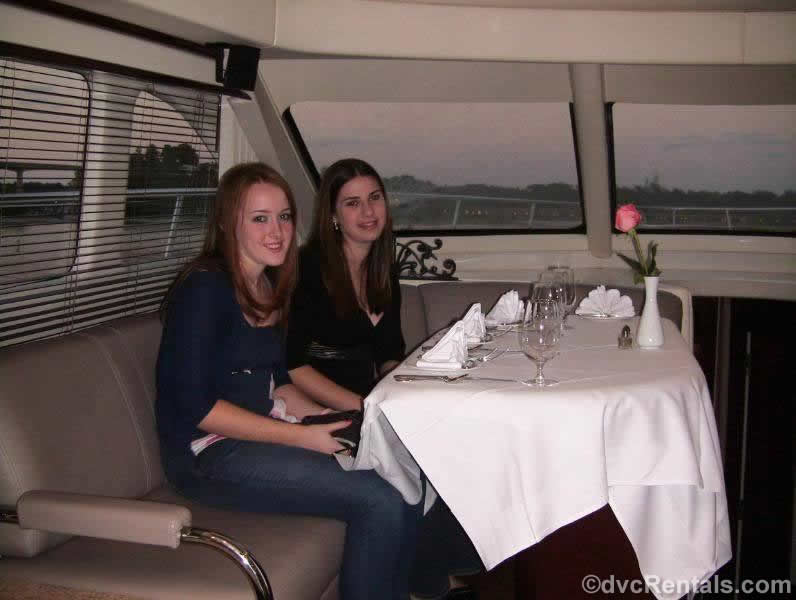 Another experience that is a lot of fun is a fishing expedition. A guide takes you out, has all the equipment needed, and shows guests the best way to catch some nice-sized bass. Everything is catch and release; it’s so much fun to hook a big one. These expeditions leave from many (but not all) resorts that are located on the water. 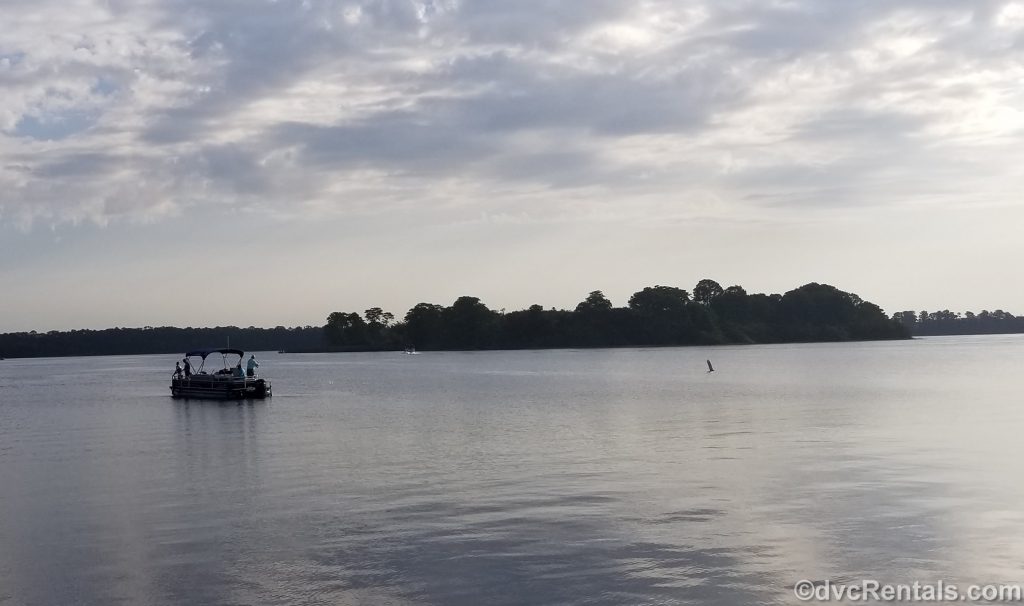 It surprises me how often I hear guests say, “I didn’t know you could take a boat from Wilderness Lodge to the Magic Kingdom, or similar comments about not knowing about a boat option they had from their resort. Except for special cruises and some other activities like fishing, the boats are free transportation for guests staying at Walt Disney World. Hopefully, this blog has informed some of you of boat transportation you were not aware of and/or has inspired some of you who may have known already to try something new. Have fun on all of the attractions that feature boats! 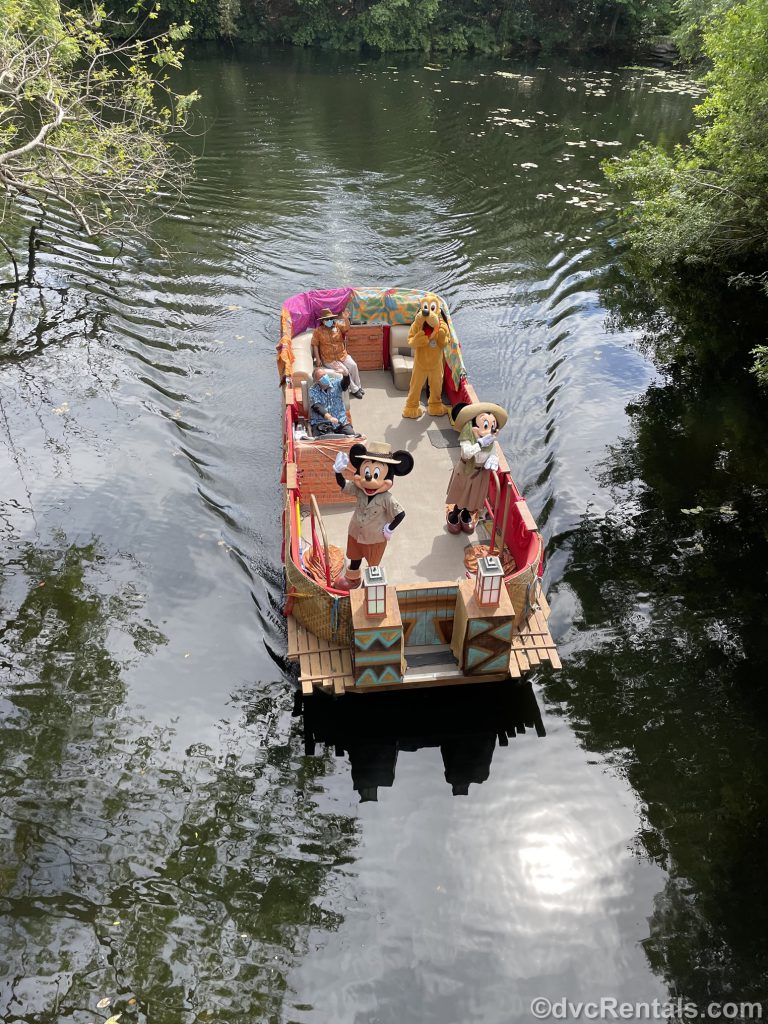