Since Disneyland first opened, Disney parks have been full of iconic animatronics that guests know and love. 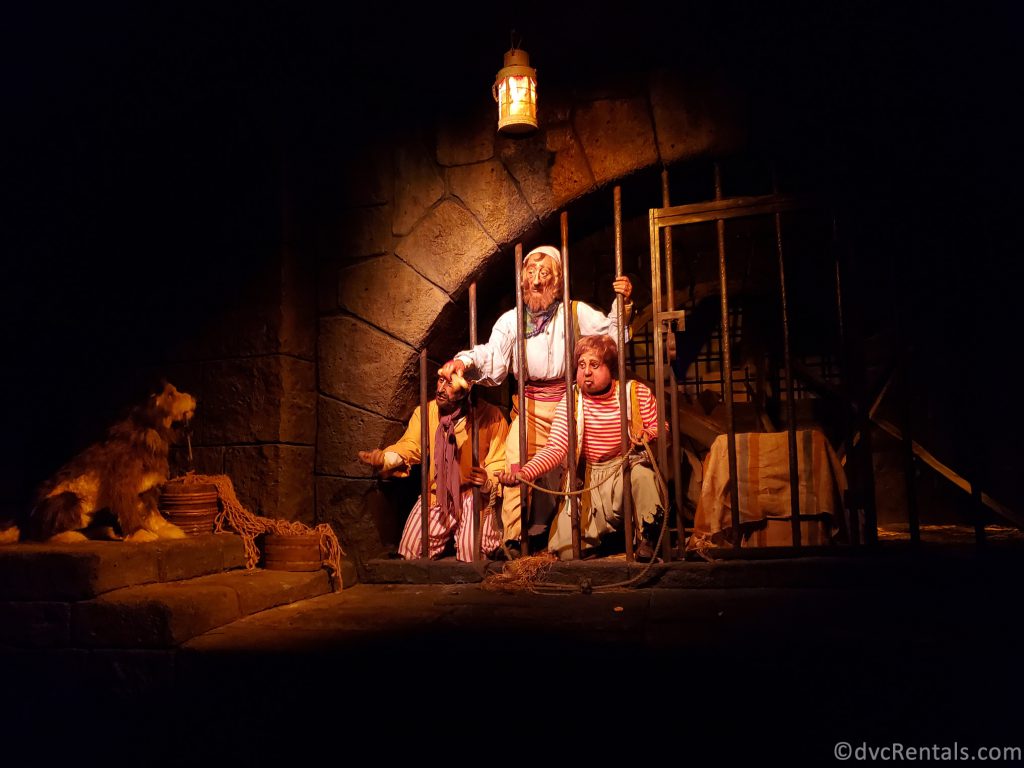 I can remember as a child, the animatronics on the rides in Walt Disney World was always what made me feel the Disney magic. Each animatronic has its own persona that adds to the atmosphere of the attraction, which is what makes Disney animatronics so important to the foundation of a Disney trip! 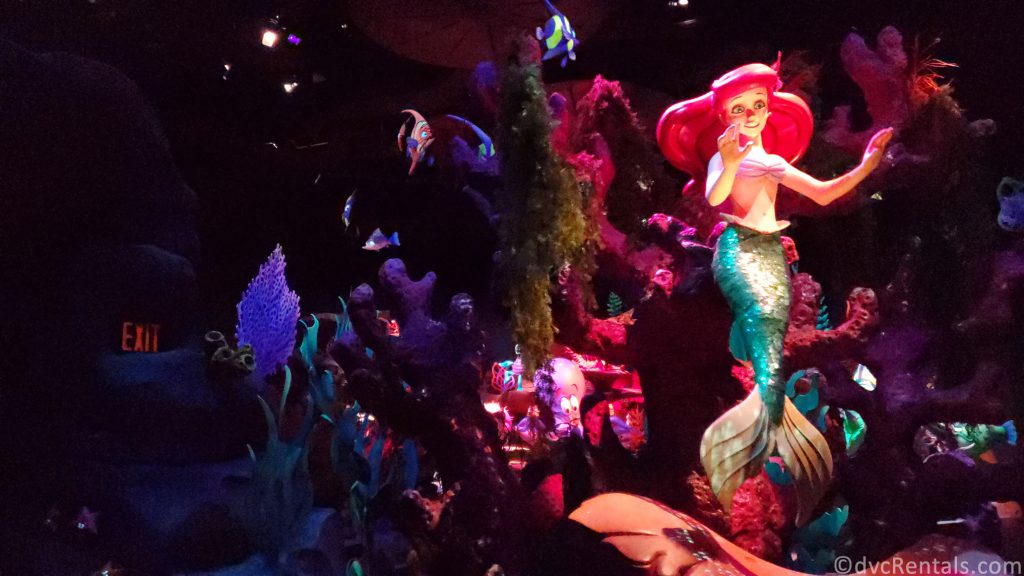 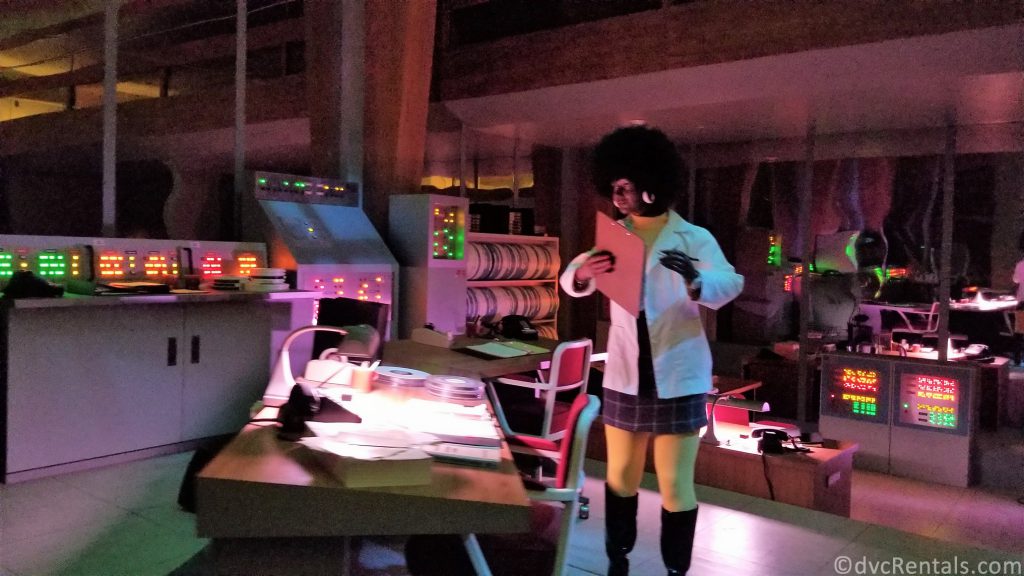 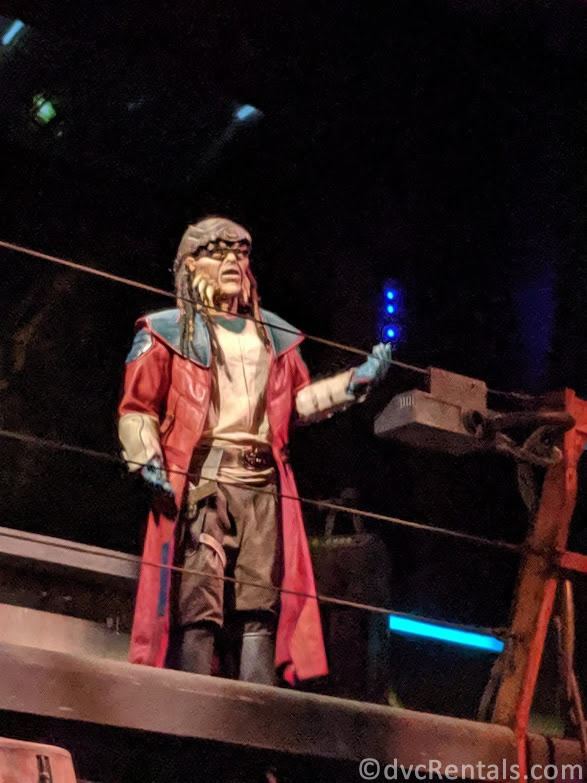 While I do appreciate all of them, I thought I would share with you my Top Five favorite animatronics in Walt Disney World! 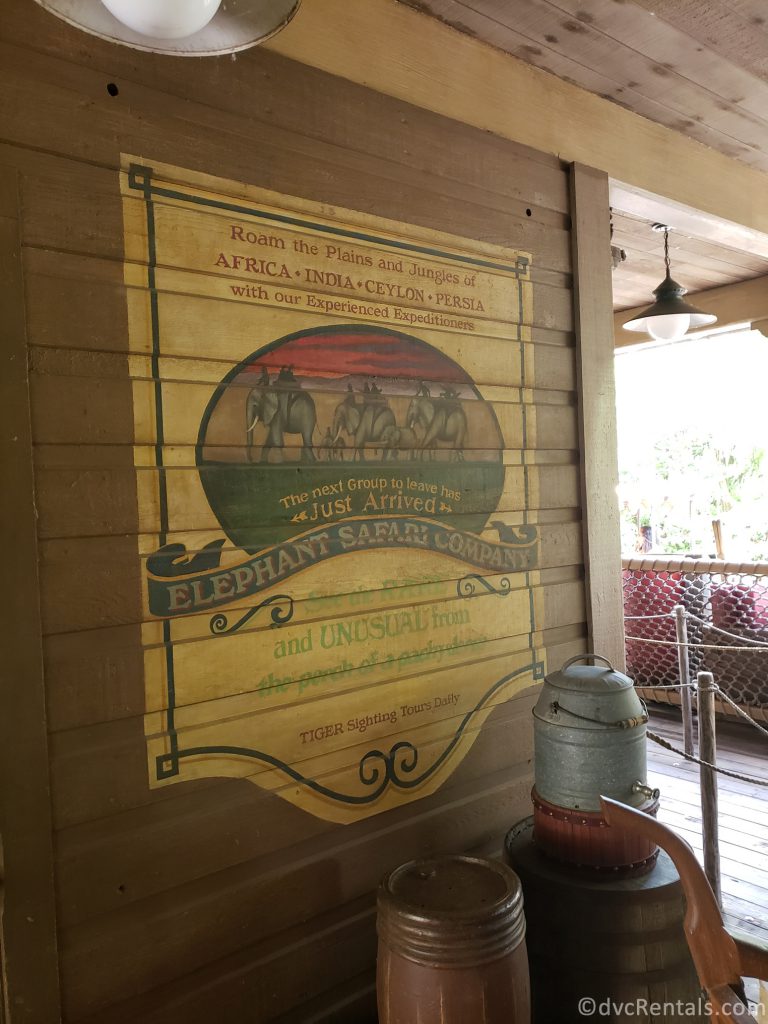 Located in Adventureland in the Magic Kingdom Park, you can find the Jungle Cruise. This river cruise will take you on a journey through South America, Africa, and Asia and give you the opportunity to see some wonderful creatures! 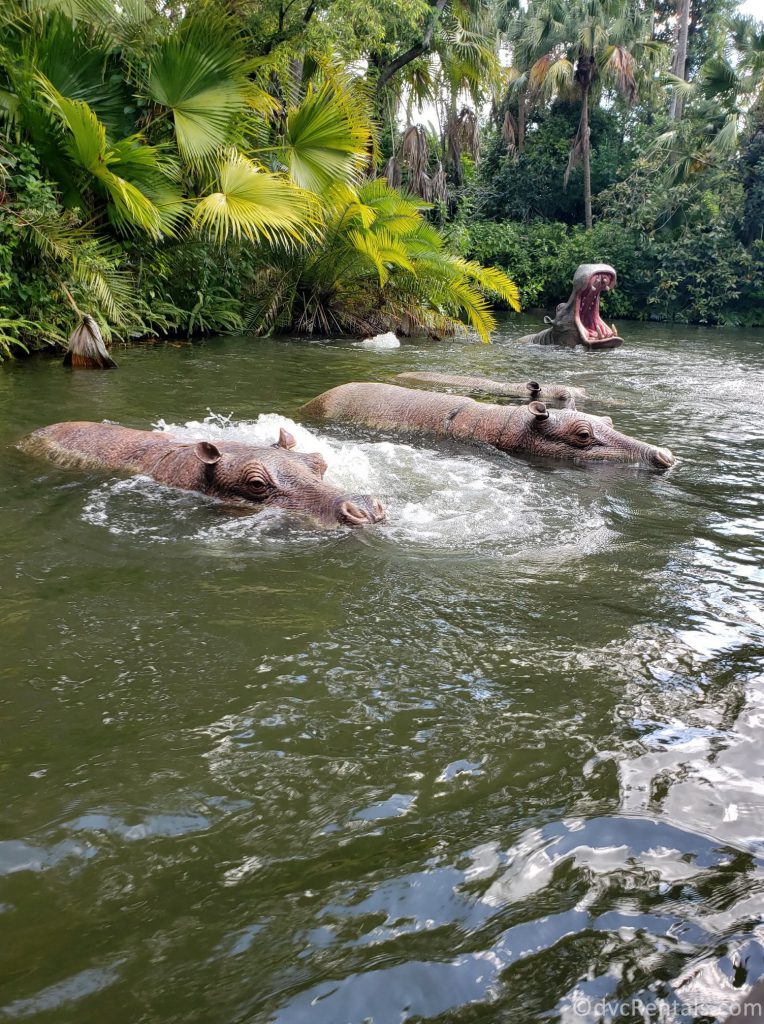 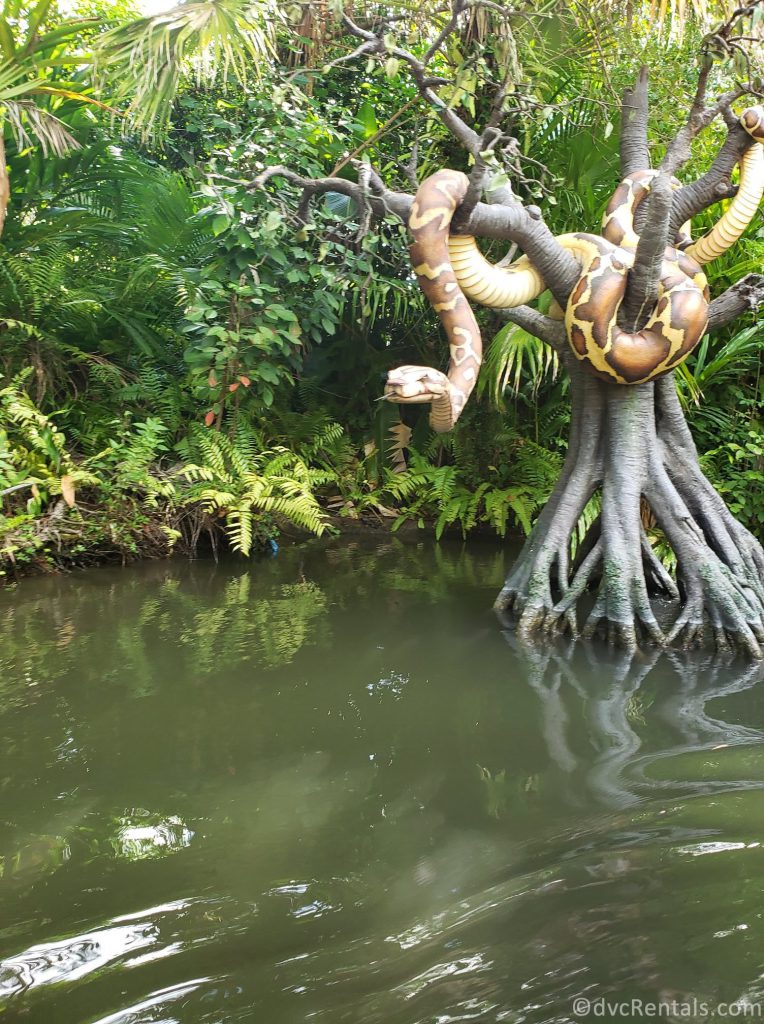 All throughout this ride, you will see many animatronics of different animals and characters. However, Trader Sam is easily my favorite animatronic on this ride. The “Head Salesman” of the Jungle, Trader Sam, can be seen near the end of the ride holding a black umbrella and a few shrunken heads. The Skipper of your cruise will point him out to you with one of my favorite puns on the ride: “He’s offering a great deal right now, two of his heads for one of yours!”

Trader Sam is not a very intricate animatronic, as he only moves slightly, leaning towards the water. However, because I love a great pun, the jokes that the Skippers make about Trader Sam are so funny that he is unforgettable for me! Definitely a great way to end a great ride! 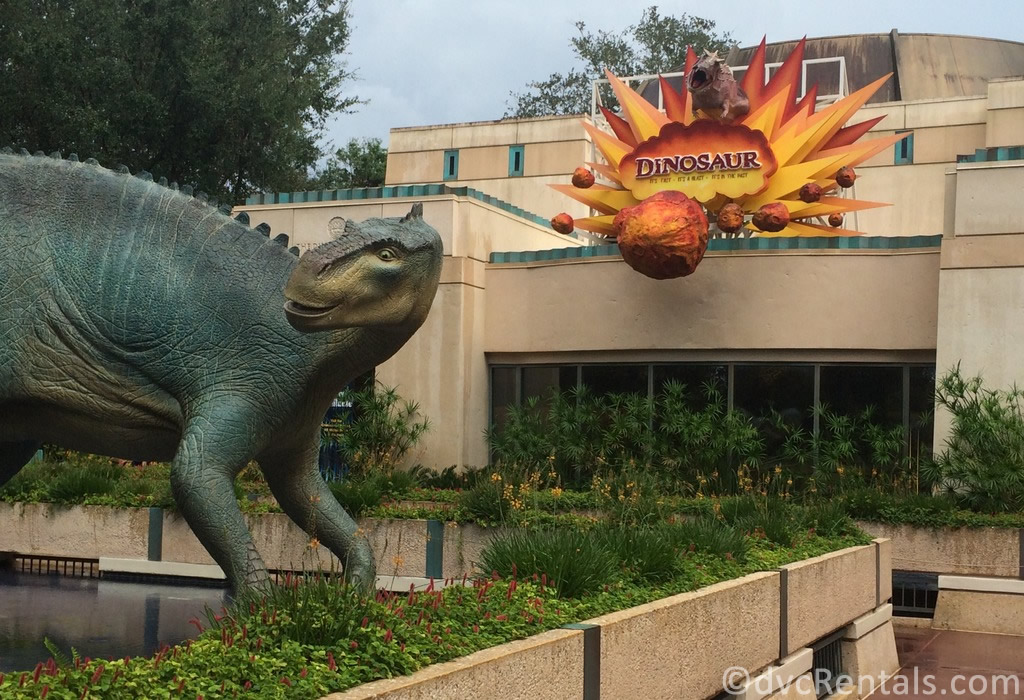 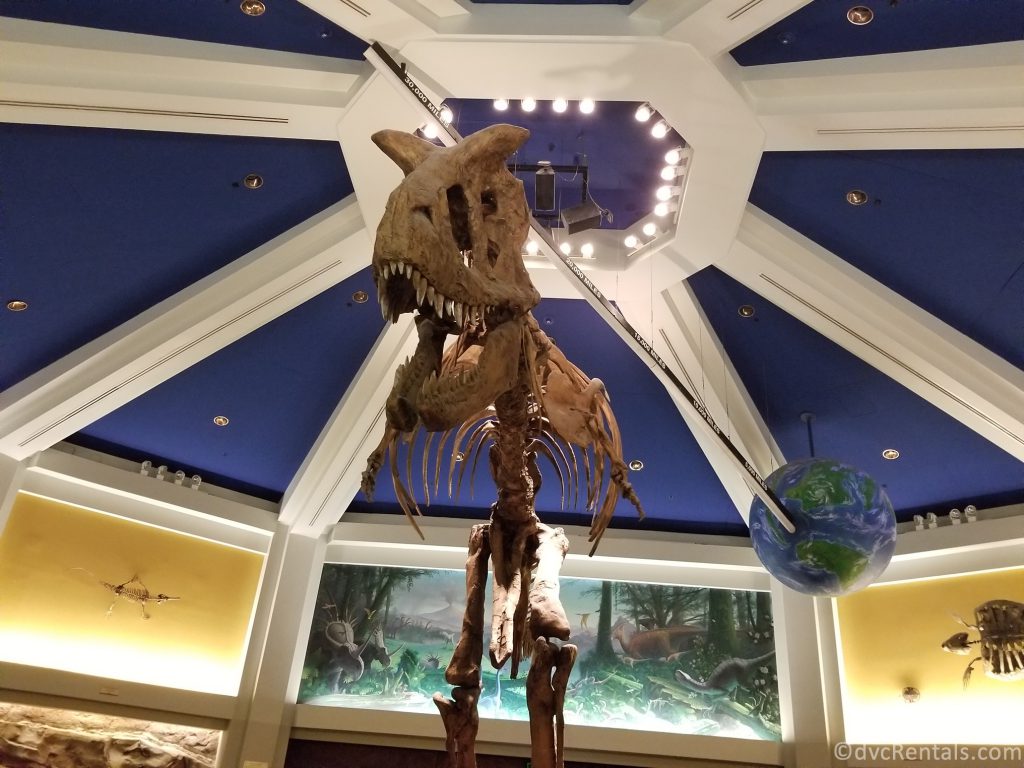 Dinosaur, located in DinoLand U.S.A. at Disney’s Animal Kingdom Theme Park, is a fast-paced adventure ride that takes guests on a thrilling trip in a Time Rover to assist in bringing back an Iguanadon to present day. This ride features quite a few animatronics, including flying pterodactyls and the aforementioned Iguanadon. However, my favorite has to be the Carnotaurus.

Although the Carnotaurus is not very intricate and does not have much movement, it is my favorite animatronic on this ride because of the scare factor! As the ride is coming to an end, the intensity is very high. With meteors falling from the sky, the Time Rover whipping back and forth, and the clock ticking down, the pressure is on to get back home.

Then right when things get super dark, the Carnotaurus shows up for a jump scare, lunging towards the Time Rover while loudly growling. Even after riding this ride many times, the intensity of this situation always makes me jump when I see the Carnotaurus!

The Carnotaurus is also my favorite because this is where the picture on the ride is taken! This can result in amazing scare photos for people to enjoy. Below, I have included a photo of my family on Dinosaur. 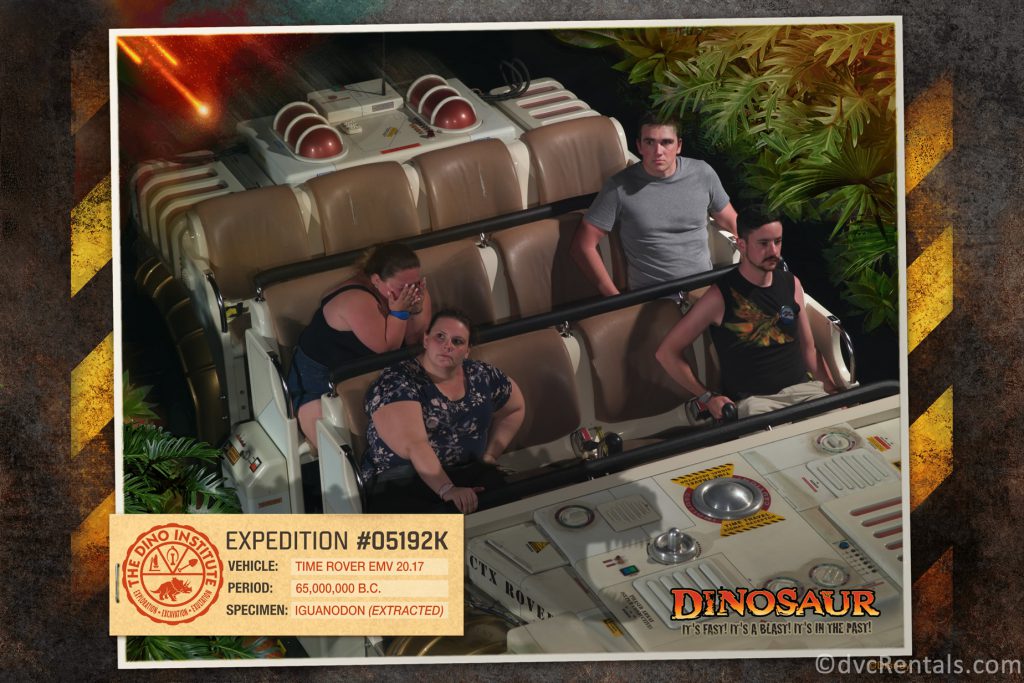 Although it can come across as scary, this is exactly why the Carnotaurus is one of my favorite animatronics!

#3. The Yeti – Expedition Everest – Legend of the Forbidden Mountain 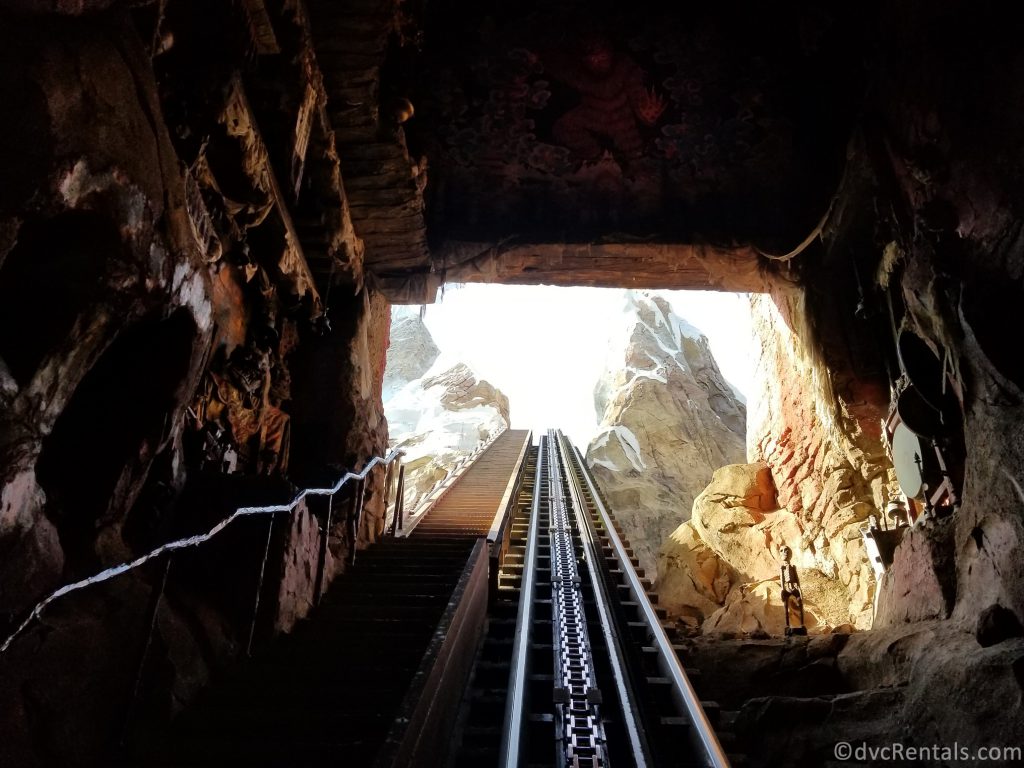 Continuing in Disney’s Animal Kingdom Theme Park, Expedition Everest – Legend of the Forbidden Mountain can be found in the Asia portion of the park. Expedition Everest takes you on a high-speed ride through the Himalayas, all while avoiding the clutches of the Yeti. 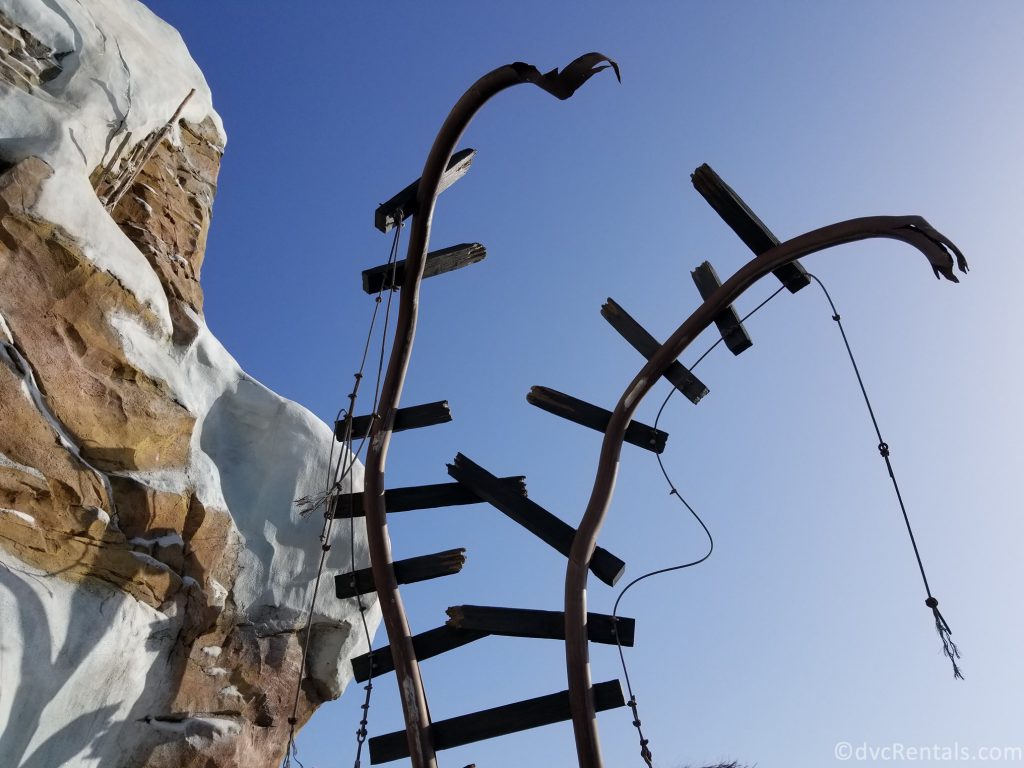 The Yeti is another animatronic that is not necessarily scary but can provide a more intense factor to the ride. The anticipation of the Yeti is really built-up throughout this ride, thanks to the buildings you walk through in the queue and throughout the ride itself. This mythical creature is depicted throughout the queue as something that previous travelers have come across, almost as a cautionary tale of something sinister to come. Then, once you are on the ride and come across the torn tracks, you know something big is coming.

Because of all the foreshadowing, once you finally encounter the Yeti, it is so magical. The size of the Yeti alone is so staggering (it is 25 feet tall!), so when it is paired with the growls, it is an extremely hair-raising experience that I love! As the ride winds just underneath his hands, that close call is an incredible climax to a wonderful ride! 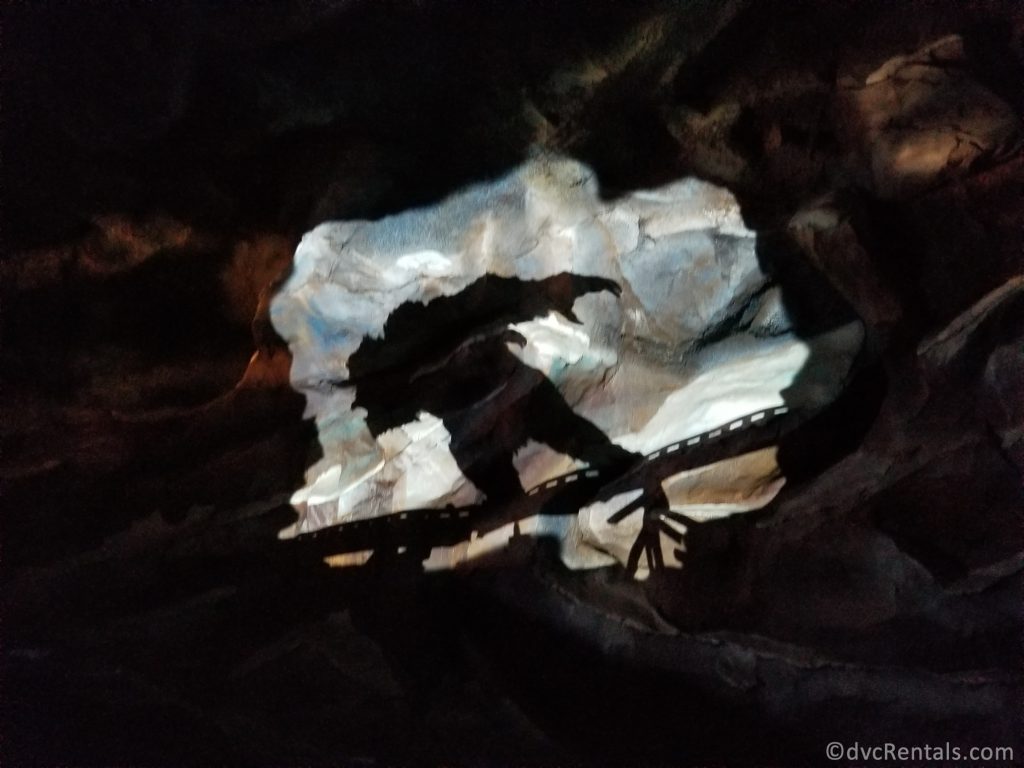 This is why the Yeti animatronic is #3 on my list, because not only is it absolutely huge, but it is such a commanding presence that really elevates the intensity of the ride!

#2. The Entire Cast of the Country Bear Jamboree

It sounds simple enough, a bear animatronic. However, the Imagineers did such a tremendous job at creating completely different looks and personalities for each bear that it is impossible for me to choose just one! Henry, the Master of Ceremonies, welcomes everyone to the show, introduces all of the acts, and sings a little ditty or two throughout the show.

Throughout the show, bears of all different shapes and sizes showcase their musical talents for visiting guests. Although they are all very different, the bears all have that wonderful, classic look to them that everyone has come to know and love. Every time they move, you can hear the joints on the bears click, and that sound makes me so happy! That sound signifies that those bears have been making people laugh for decades, and that is the exact reason I love them so much!

This boat ride showcases the visually beautiful bioluminescent forests, similar to how Pandora looks at night within the park. This is definitely one of the more laid-back rides in Walt Disney World that is meant to showcase the beauty of Pandora to its visitors. 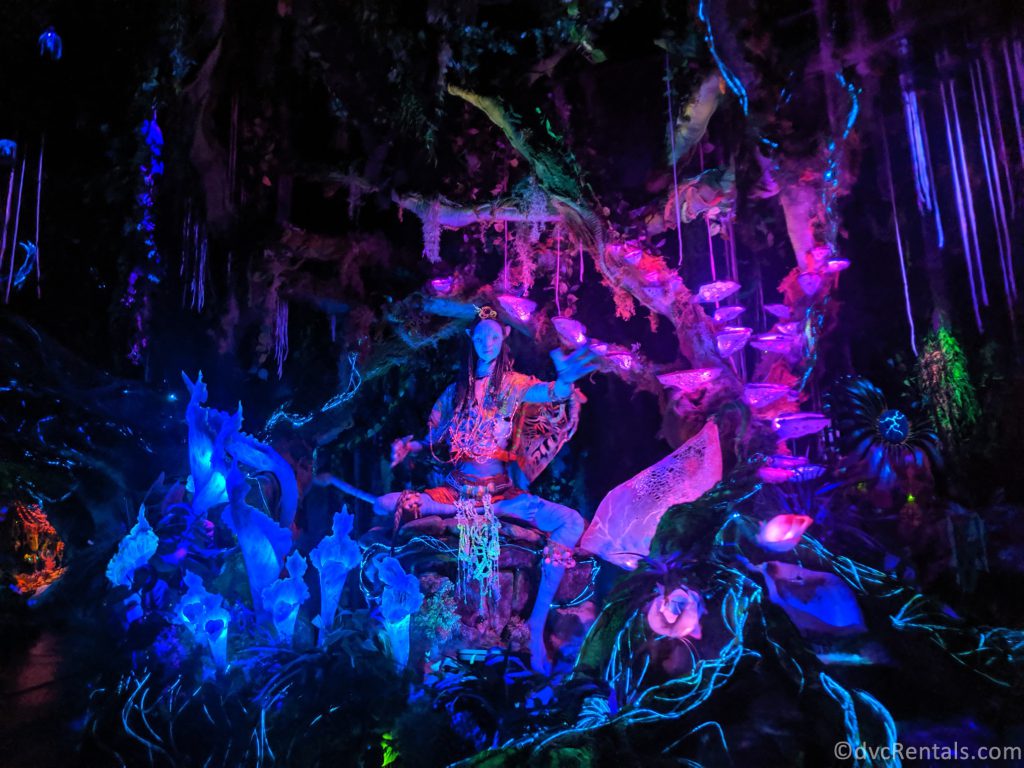 Throughout the journey, the voice of the Shaman can be heard between the running water and the sounds of the animals. Yet, it isn’t until the end of the journey that visitors encounter the Shaman herself, and she is hard to miss. Like the Yeti from Expedition Everest, the Shaman of Songs is huge! She is also so beautiful, with the colors of her skin and the jewels hanging from her shirt. However, the most captivating part about her is how fluid she moves.

The Shaman of Songs is easily one of most sophisticated animatronics in Walt Disney World! The way her arms move to play the drums in front of her is so smooth that at a quick glance, you wouldn’t even think it was an animatronic. She is so realistic that every time I see her, I am surprised by her beauty and fluidity. The realism in this animatronic is the reason she is in the number one spot for me! 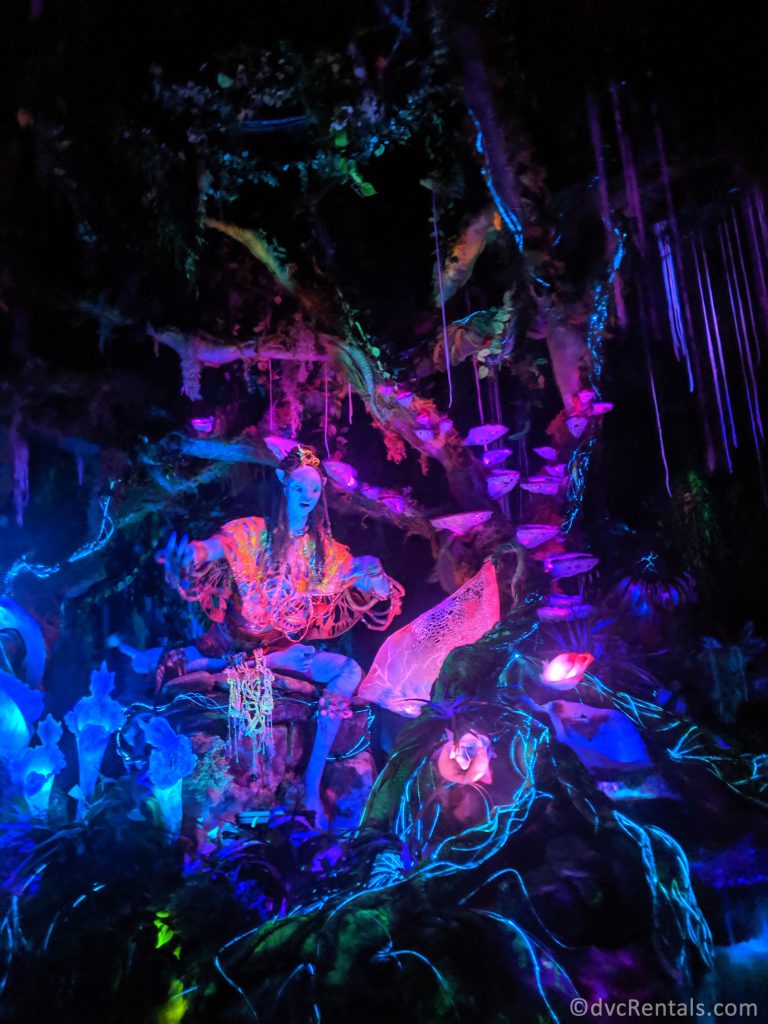 All of the animatronics at Walt Disney World are iconic and definitely help to create a full experience on rides. Although the ones listed above are my favorites, all of them bring a smile to my face! 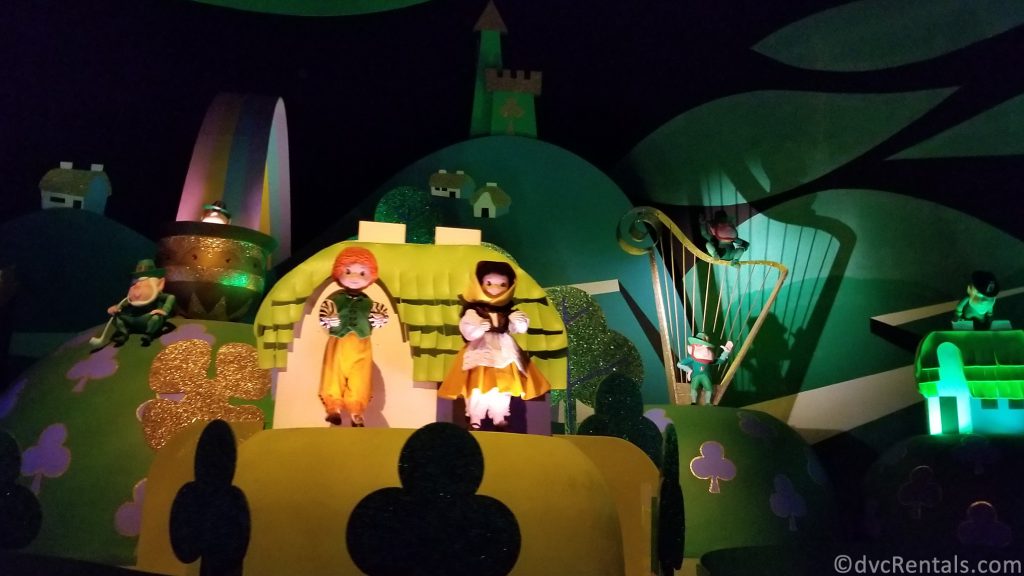