All About Cast Member Costumes — And a Fun Quiz!

Everything at Disney World is part of a “Show,” and all the workers are part of the show and must stay in character. 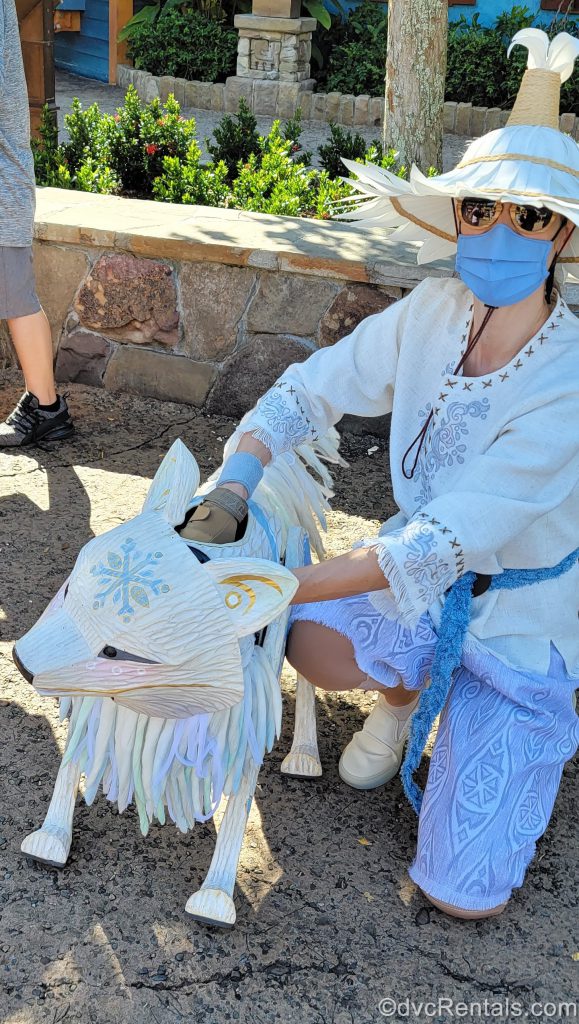 It doesn’t matter what role they have; everyone from the maintenance workers to the entertainers is “Cast.” When Cast Members are in public view, they are considered to be “on stage” and must always wear the proper costume and their name tag (when out of view, it’s called being “off-stage”). Cast Members that are “out of costume” will not be allowed on stage at work.

It is also considered a “bad show” to be in costume in the wrong area. For example, guests should not see Tomorrowland costumes in Liberty Square. It ruins the illusion. This is the main reason for the Utilidors underneath the Magic Kingdom, so Cast can go on stage in the correct land wearing the correct costume. The other parks have a Cast entrance so they can enter backstage and not walk through the park in the “wrong” costume. On the other hand, if NOT working, Cast must never wear their costume or name tag in a Disney park or anywhere on Disney property. If they are stopping off somewhere on the way to work or on the way home, they can wear their costume but must remove their name tag. 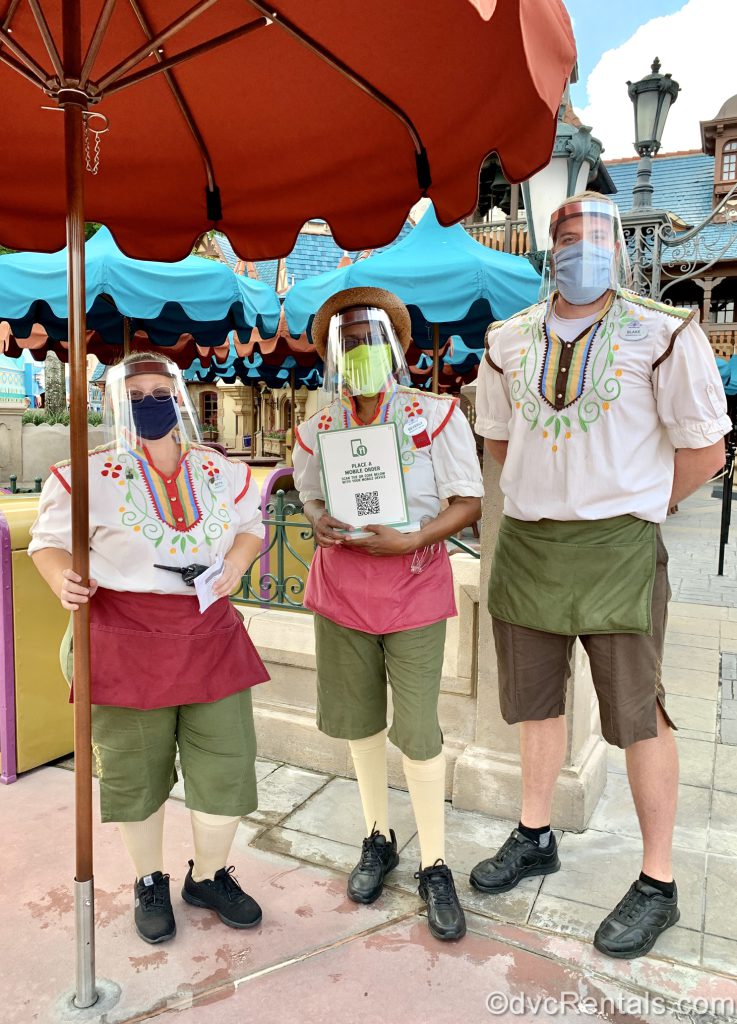 Cast Members must report to their assigned location in costume. Cast Members, for the most part, are hired and scheduled to work each day at a “home” location. When first hired, a trainer will show the new employee where to pick up costumes, and they are able to take a few costumes home from the location they were hired to work, so they don’t have to wash them daily. Additionally, many locations have a long sleeve or short sleeve option, and some have pants or shorts as a choice. Cast Members can take home all options for their location and wear what’s appropriate for the weather. 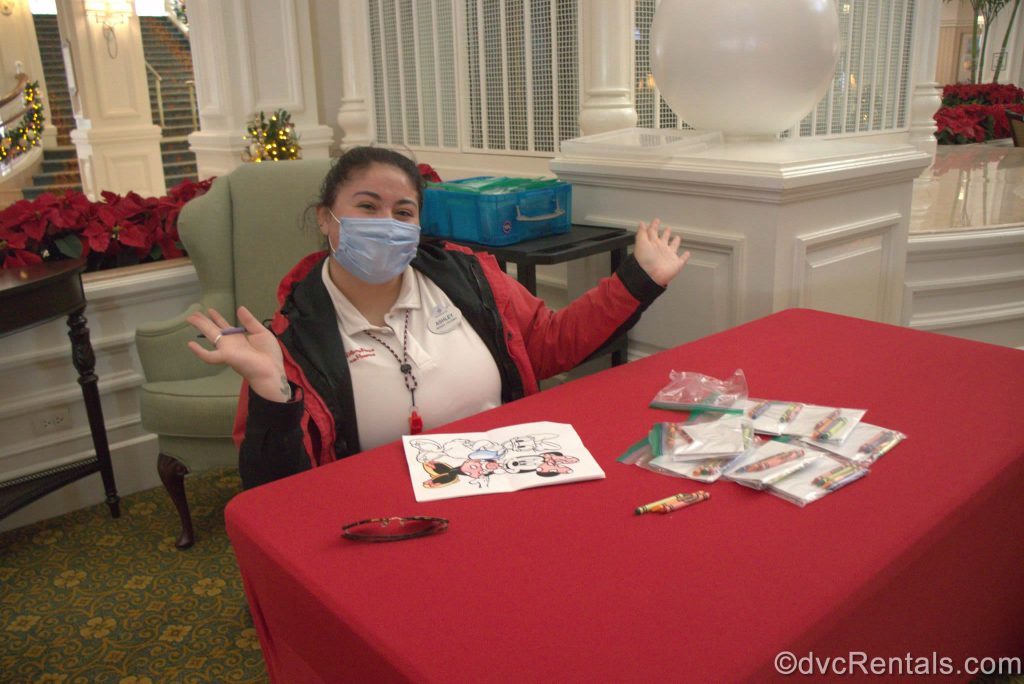 Cast Members are able to pick up shifts elsewhere if available, and it’s their responsibility to get the correct costume for the location. This can sometimes be challenging, as there are quite a number of different places to get costumes, depending on the role. The four major parks have central costuming locations backstage, but shifts at various resorts, at Disney Springs, and certain other places, require a special trip to another area to pick up a costume. If a shift is very early, before costuming opens for the day, the Cast Member must be sure to get the costume ahead of time, so they can report to work properly attired. Costuming does not supply shoes for most roles, so that is something Cast Members have to be careful about when picking up a shift other than their usual location. If the shoe is different, they MUST be sure to wear the correct one, which may entail buying new shoes sometimes. When looking for a costume, Cast Members have to be careful there are no missing buttons or broken zippers. Additionally, especially if picking up a shift at a new location, Cast must be careful they have all the proper accessories; these can include hats, vests, scarves, ties, and more, depending on the role. 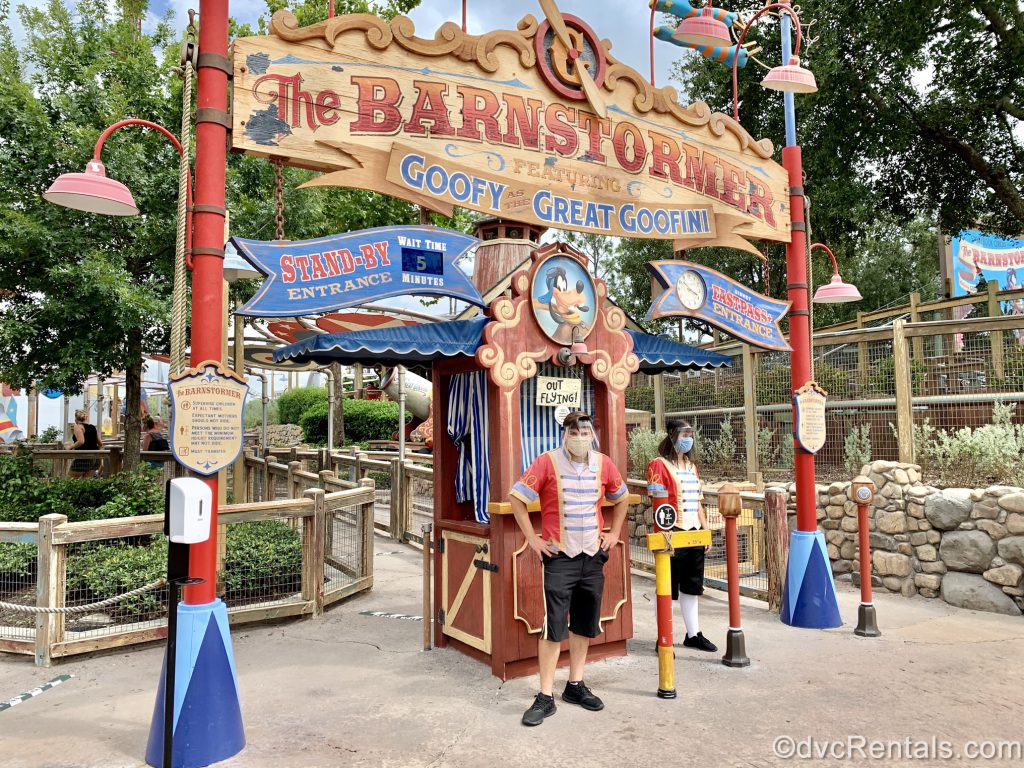 If a Cast Member loses a costume or any part of it (hat, scarf, belt, etc.), it is their responsibility to pay for it to be replaced. A hat is not pricey, but the cost of replacing a full costume can be costly. Disney keeps up with each costume by using a barcode and scanning system and tracks how many costumes each Cast Member has out. They also make sure that all costumes are returned after a Cast Member leaves the company. If they aren’t, the previous Cast Member will be fined and might be listed as “non-rehirable.”

Cast Members can opt to return a dirty or wrinkled costume and replace it with a fresh one, or they launder and/or iron their costumes themselves. The sizes are very inconsistent. As a former Cast Member, I learned very quickly not to depend on looking at the size; I made sure to always try on a costume I had never worn before. Many Cast, including myself, would wash our own costumes once we found one that fit correctly. Disney rules say costumes must be wrinkle-free, clean, fit well (i.e., no pants dragging on the ground, or anything super tight or loose).

A few more musts for costumes: 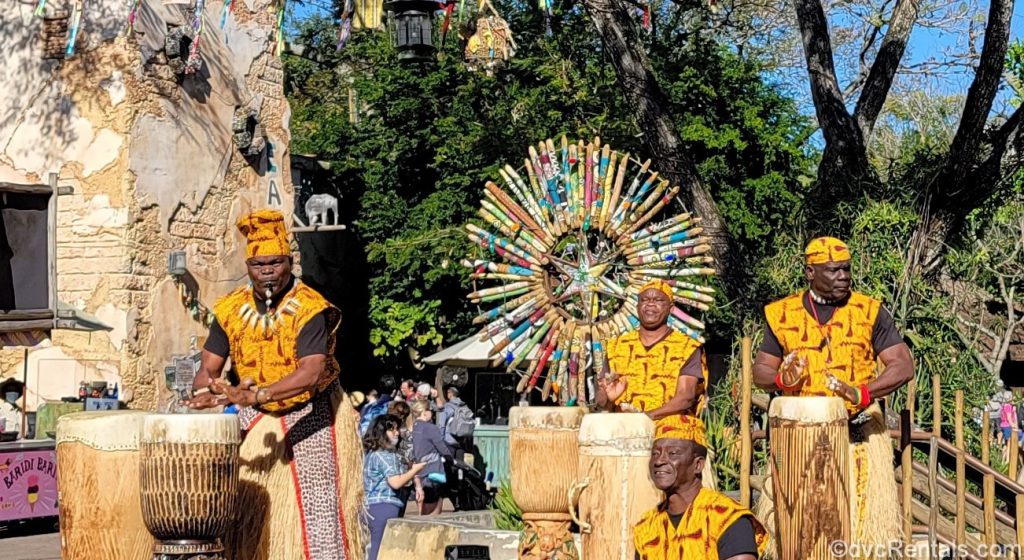 Now let’s have a little fun. Below are some pictures of Cast Member costumes.

See if you can figure out which locations the costumes “belong” in. I will do this by number, and if you aren’t sure, check the answer key at the end of this blog. Keep in mind that costumes do get updated/changed occasionally, so some of these might not be the most recent, but none are over five years old.