My last visit to Walt Disney World was on March 4th of this year.  Not long afterward, the parks shut down due to the pandemic. I returned on July 16th for the first time since then and found it to be a different place. Let me tell you about my experience. 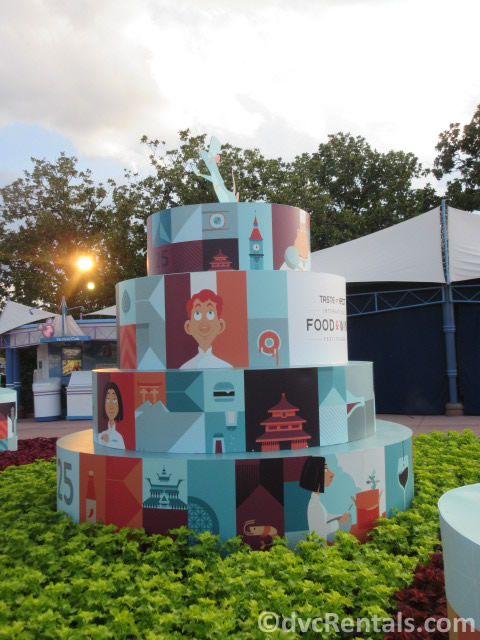 As it’s July and it’s Florida, it’s hot at Walt Disney World. My friend and I decided to go in the evening to avoid the blistering heat. We arrived at 6 pm. Remember that everything in this blog was experienced later in the day, I do not know if things would be different earlier.

There was no wait at the toll booths. When we arrived, there were plenty of spaces in the parking lot. Everyone who was walking to the entrance had masks on and had to undergo a temperature check with a handheld, touchless, infrared thermometer. There was no line at all at security when we arrived, and they do not go through your bags. Everyone walks through a new security device, which can detect items that are not allowed in the park. To enter the park, you must have a reservation, which you make in advance on Disney’s website. (For more info on the reservation system, click here: https://disneyworld.disney.go.com/experience-updates/park-reservations/). When you get to the touchpoint to go in, you no longer have to use your finger. The machine will detect if you have a reservation or not, you will be turned away if you don’t.

A Taste of Epcot Food & Wine Festival is currently going on at Epcot, and the first thing you see as you enter is a sign advertising the event. 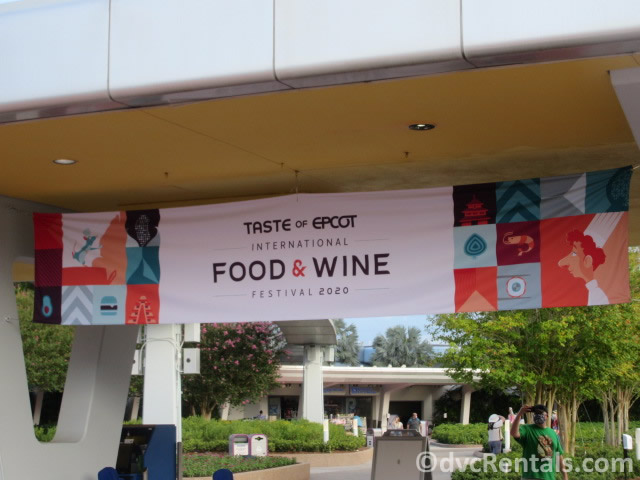 Continuing on, there are walls up around Future World due to construction. I don’t think there are more walls than when I was last there in March, but certainly not any less. You cannot walk straight through the park at this time, due to the walls (which are black and decorated with Epcot logos). You must either head to the right, which will bring you to the Seas with Nemo and Friends, The Land Pavilion, and Figment. If you go to the left, you will end up passing a temporary location for Mouse Gear, Mission Space, Test Track, and the construction of the Guardians of the Galaxy coaster. It looked like more exterior work was done on Guardians since I was there in March. 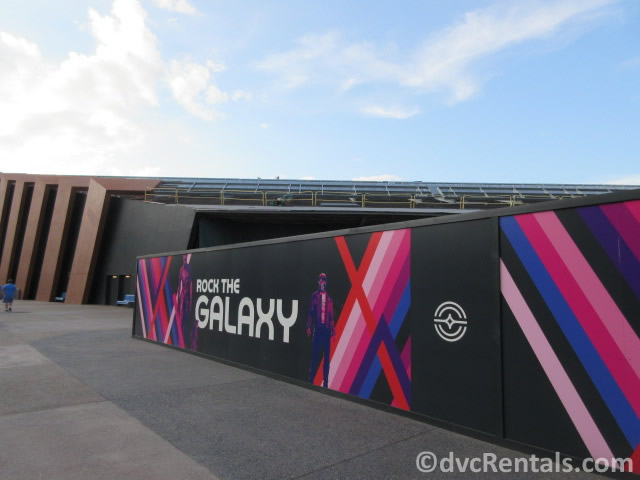 My buddy and I decided to head to the right, and make a complete circle around the entire park. Our plan was to remain outdoors; we wanted to be there and see how Disney is handling things and take a nice stroll around the park. I was surprised that I felt a lot safer and more comfortable than I expected to. 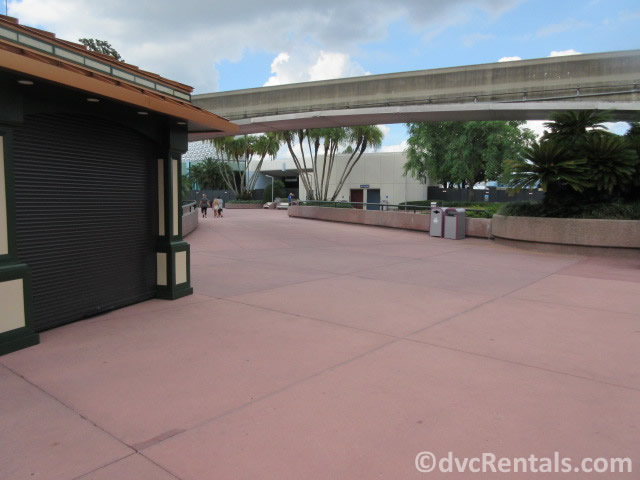 Disney is limiting the number of guests dramatically. Future World, in particular, seemed empty. I had mixed feelings about this. Of course, it’s nice to have the park so uncrowded, but it was a bit quiet as well. There were some areas that had no guests at all, and the places where there were other guests, it was very easy to practice distancing, due to the smaller number of people allowed in. Everyone I saw kept their masks on except for when they were seated and eating (which is acceptable). 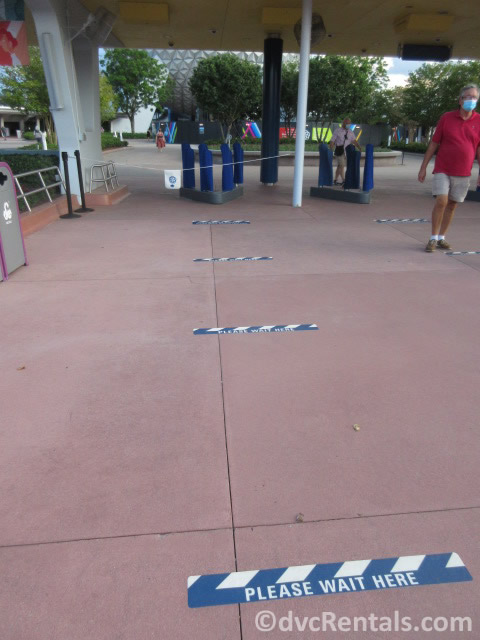 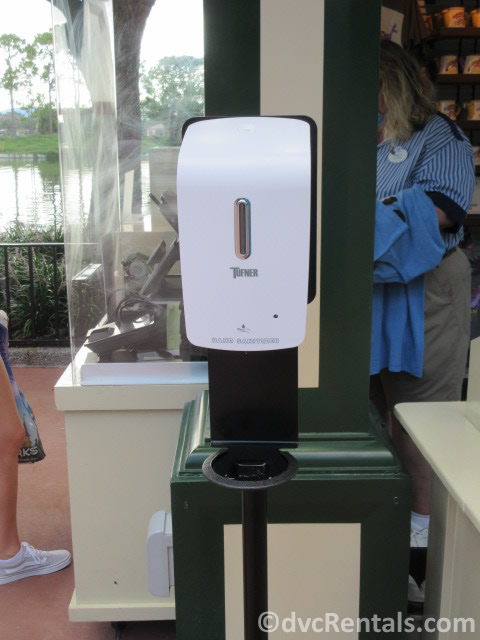 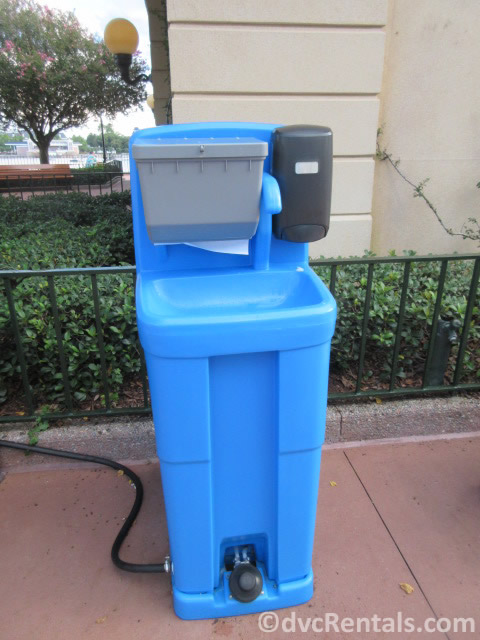 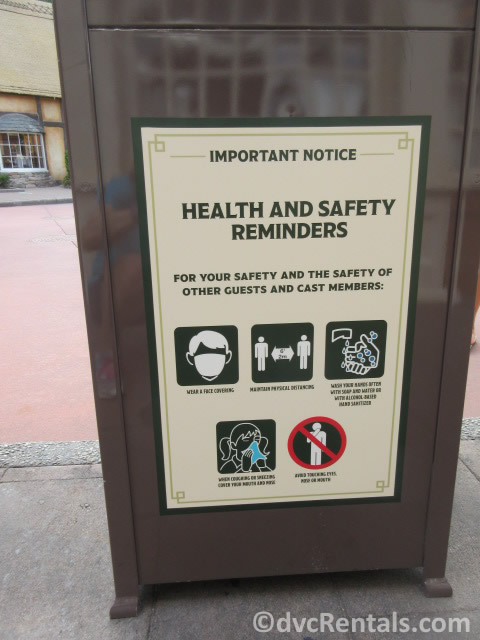 After passing through Future World, we arrived at World Showcase. Although not at all crowded, there were more guests here than at Future World. Again, everyone wore masks and kept their distance. The only attraction I saw with a line was Frozen (but I did not go into The Land, so I don’t know if there was a line for Soarin). Even though the line for Frozen stretched out into the World Showcase path, the wait was listed as 30 minutes. The line appeared longer than it was due to the distancing rules. 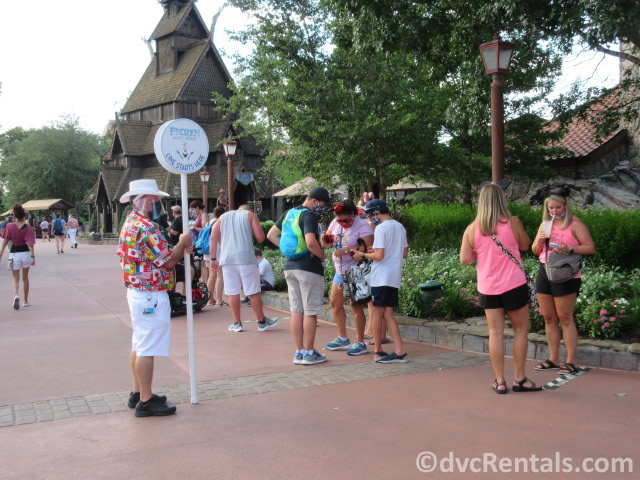 I was a bit surprised that the Friendship boats that take you across World Showcase were running, but they were. They were not even close to full; they are limiting the number of guests who can ride at once. Some of the shops were closed, most were open. I do not know how the decision was made regarding what would be open or not. I did notice when I looked in the window, that even though the Caramel store was open in Germany, all they had for sale was popcorn. The display case, which would normally hold the other goodies, was empty. From what I hear, this is the case in some other shops too. They are open, but with less food/merchandise than usual. We looked at some of the menus on the full-service places, and although some had limited food choices, they were all open and serving. Quick service was available too, and guests were encouraged to order ahead using Mobile Order on the My Disney Experience app.

Although the preferred payment is a charge card, a magic band (if you are staying on property), or a gift card, they will take cash when making purchases.

As for Food and Wine, although the booths were open, there were not many guests partaking that I could see. Some of the menus had variations from what was offered in 2019; others did not. (click here for more details: https://disneyworld.disney.go.com/events-tours/epcot/taste-epcot-food-wine-festival/).   Instead of the old utensil dispensers, there are new ones that only allow one utensil at a time to be removed by a guest. 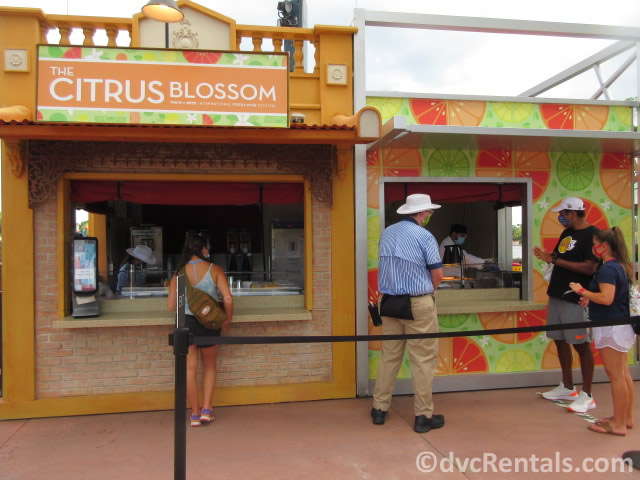 Since the Epcot International Flower & Garden Festival ended prematurely when the parks were closed in March, Disney has kept some of the flowers, topiaries, and merchandise available from that festival. I didn’t see anywhere near as many topiaries as were there in March, but there were some. 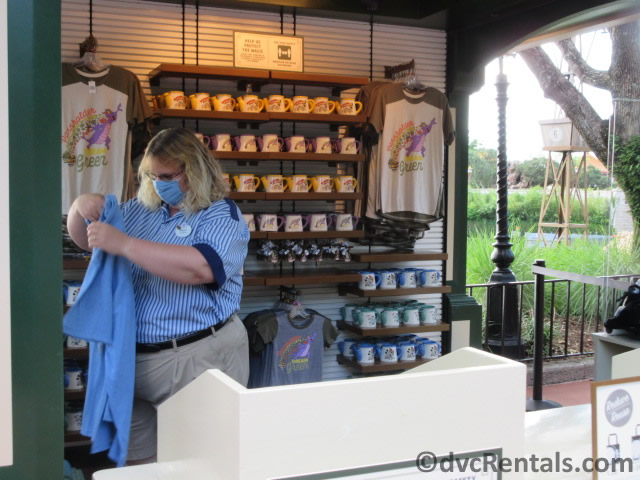 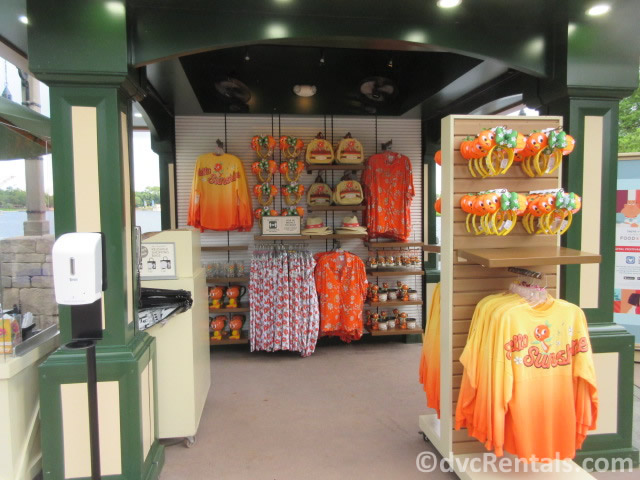 A few other things worth noting: 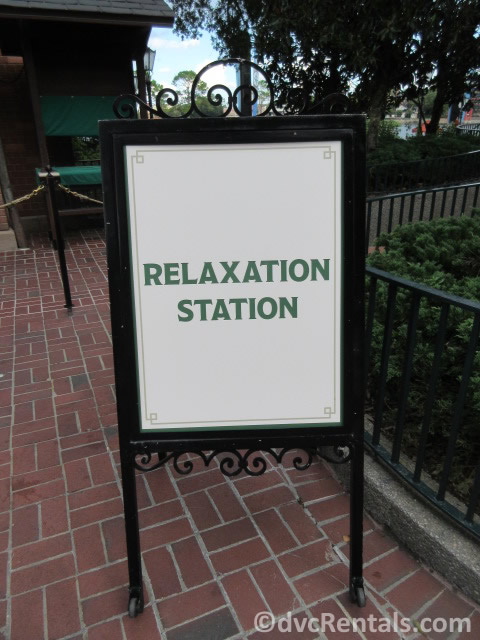 To sum up, I had mixed feelings about my experience. It was great to feel perfectly safe. Yet it felt sort of odd to be there with it being so quiet.  There were fewer Cast Members visible, but I must say the ones who were out there were doing their best to be cheerful and welcoming! 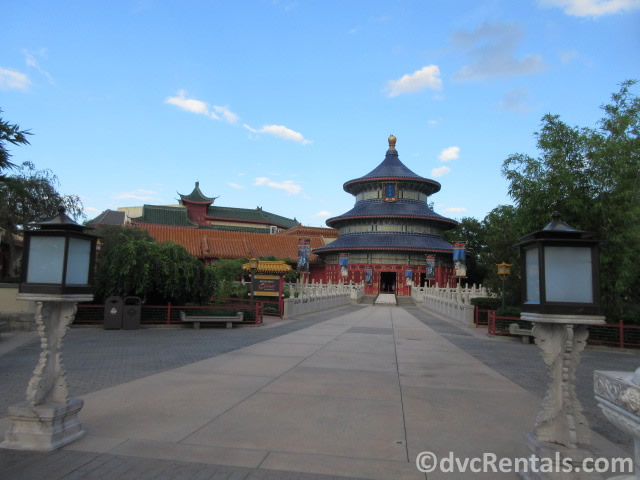 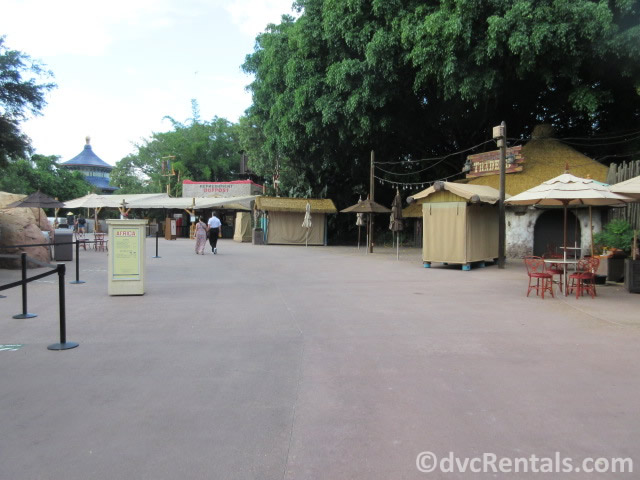 All in all, I will say it was a different “vibe” than the Epcot most of us are used to. Yet I am glad I went and very impressed at how Disney really made their best effort to keep everyone safe and to enforce the rules currently in place! 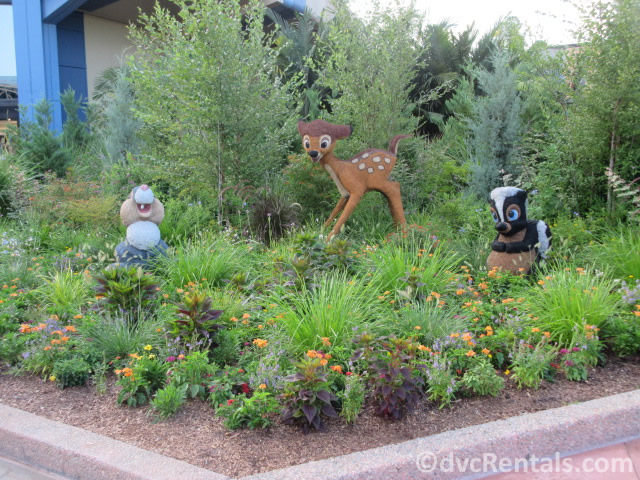