Now that the holiday season is winding down and we’re all looking forward to Spring, it’s time to get ready for Walt Disney World’s next big event: the 21st Epcot International Flower & Garden Festival. This year’s festival, presented by HGTV, runs March 5 to May 18, 2014. 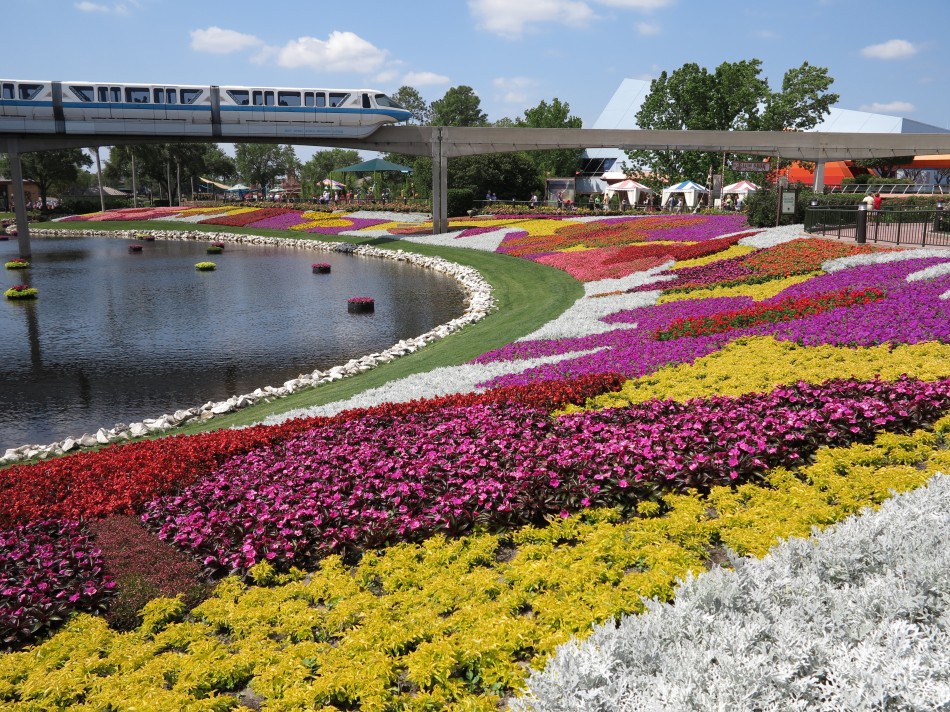 Nearly 100 topiaries will animate the landscape during the 75 days when Epcot transforms to a rainbow-hued wonderland of sweeping gardens and exhibits. Kermit the Frog will find it is easy being green when his artfully-crafted character topiary debuts and with flamboyance to spare, a floral Miss Piggy will join Kermit and his blooming banjo in the World Showcase topiary display.

A new Epcot front entrance garden vignette will featuring Goofy, Donald Duck and Daisy Duck topiaries celebrating spring with a butterfly hunt adventure. The topiaries will have a new computer-generated look while telling an entertaining story. Goofy’s butterfly net will prove useless as topiary butterflies light on the back of his floral garb. A topiary bee buzzes on an exasperated Donald’s head. The garden will feature a real waterfall and pond with water lilies. 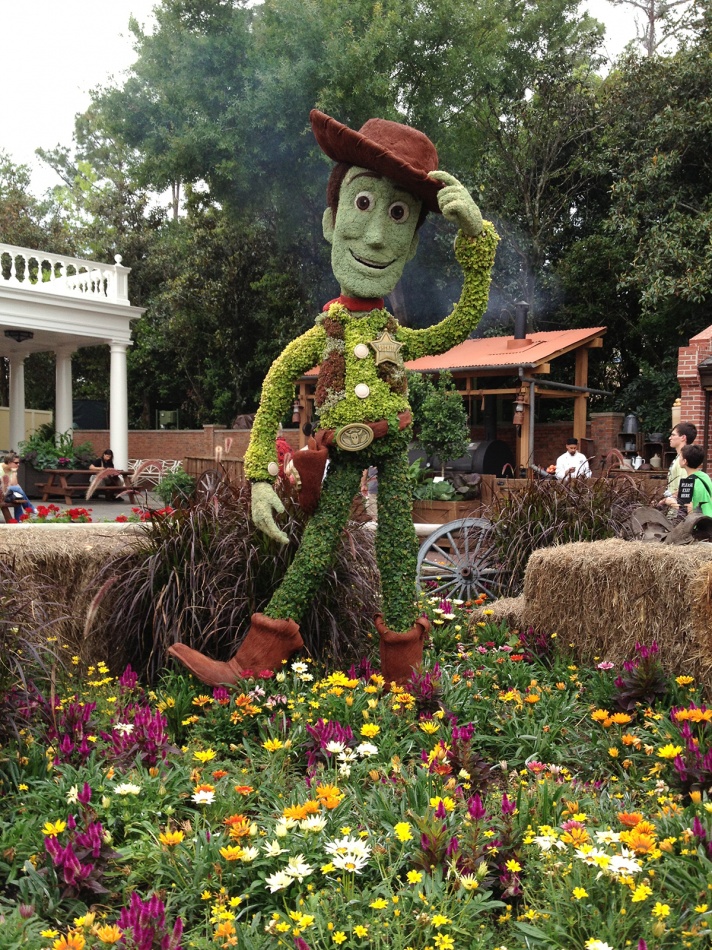 A new Timon topiary will join Pumbaa near the park’s Outpost location between China and Germany. Meanwhile, Peter Pan, Captain Hook and Croc return for a second year to the United Kingdom showcase. Dozens of additional character topiaries, including Mickey Mouse, will surprise guests beyond the park’s iconic Spaceship Earth. In World Showcase, the spotlight will shine on topiaries of Disney princesses, storybook characters and even pandas and trolls. 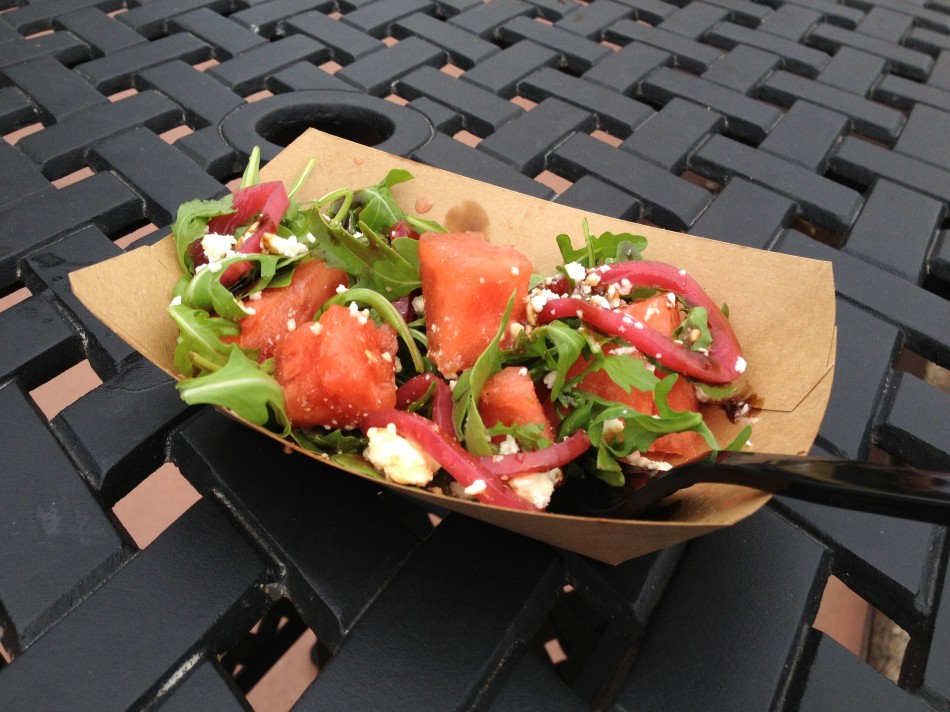 Back again for a second year are outdoor food-and-beverage marketplaces exclusive to this festival that feature sweet and savory bites worthy of indulgence. After debuting at the 2013 festival, the marketplaces will return with new menu items such as Piggylicious Bacon Cupcakes and Smoked Turkey Ribs at The Smokehouse: Barbecue and Brews marketplace. Floral-flavored lemonades will feature rose and violet notes, and specialty cocktails, wines and beers will offer menu-pairing possibilities. Last year’s top menu picks such as the Watermelon Salad with local baby arugula, feta cheese, pickled red onions and balsamic reduction will be back for an encore at the Florida Fresh marketplace. 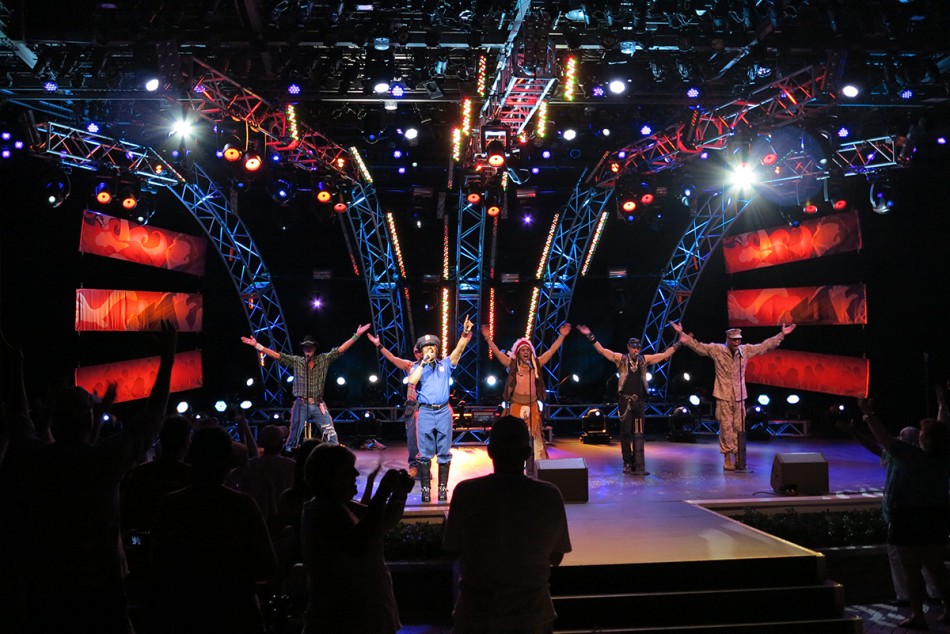 The Flower Power Concert Series welcomes two new acts in 2014:  Gary Lewis and the Playboys (“This Diamond Ring”) March 14-16, and The Alan Parsons Live Project (“Eye in the Sky”) May 16-18. During opening weekend, the series kicks off at America Gardens Theatre with fan-favorite band The Guess Who (“American Woman”) March 7-9. Other pop acts set to perform include Chubby Checker & the Wildcats, The Village People and Paul Revere & The Raiders.

Florida agriculture will be in the spotlight at a large World Showcase garden exhibiting fresh Florida crops to include citrus, sugar cane, berries and vegetables. 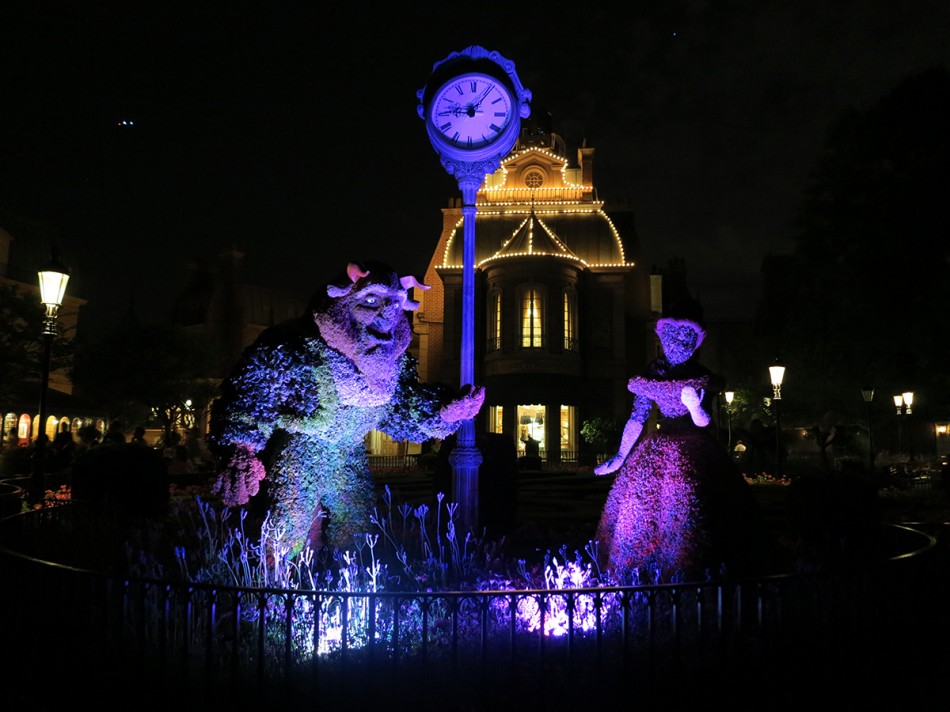 For the second year, illuminated gardens will cast a festive glow across the park when the sun sets each evening. 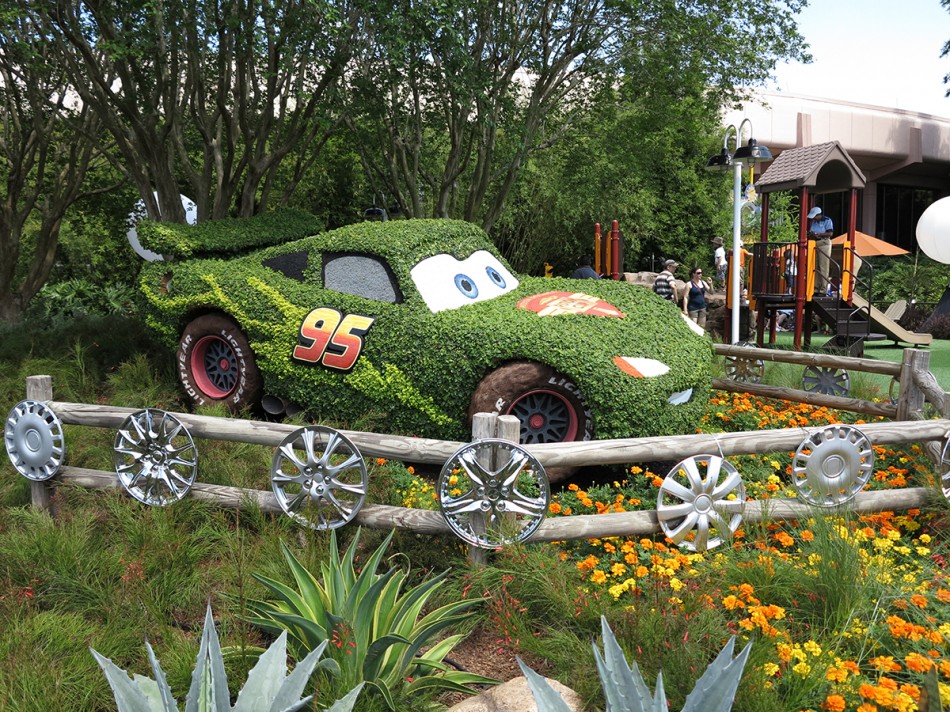 Back by demand, the Disney-Pixar “Cars” garden and playground will bring favorite movie characters to life. Tinker Bell’s Butterfly House will be aflutter with hundreds of the winged beauties and a fairy topiary of Tinker Bell. 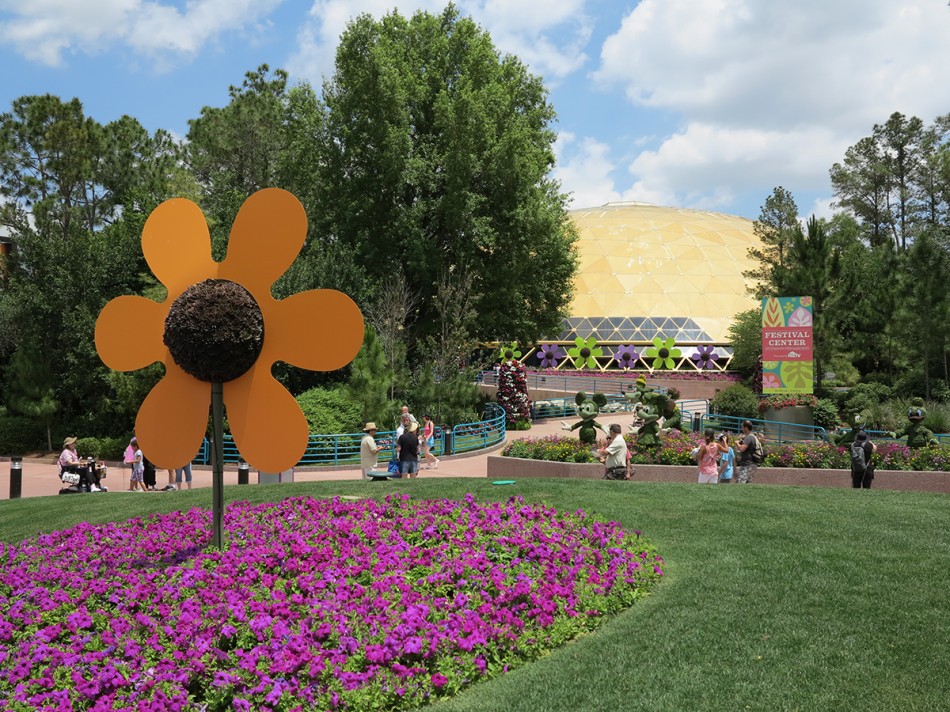 As they sample from marketplace menus, guests can wander among multiple themed gardens and children’s play areas. Dozens of Disney-crafted “flower towers,” herb gardens and beds of multi-colored blooms will add to the floral splendor of the park’s landscape. Disney’s garden gurus estimate 70,000 bedding plants will surround the Future World east and west lakes alone; on the water, 220 mini-gardens will be set afloat. Several special weekend happenings, including the popular Art in the Garden Weekend, will be scheduled. 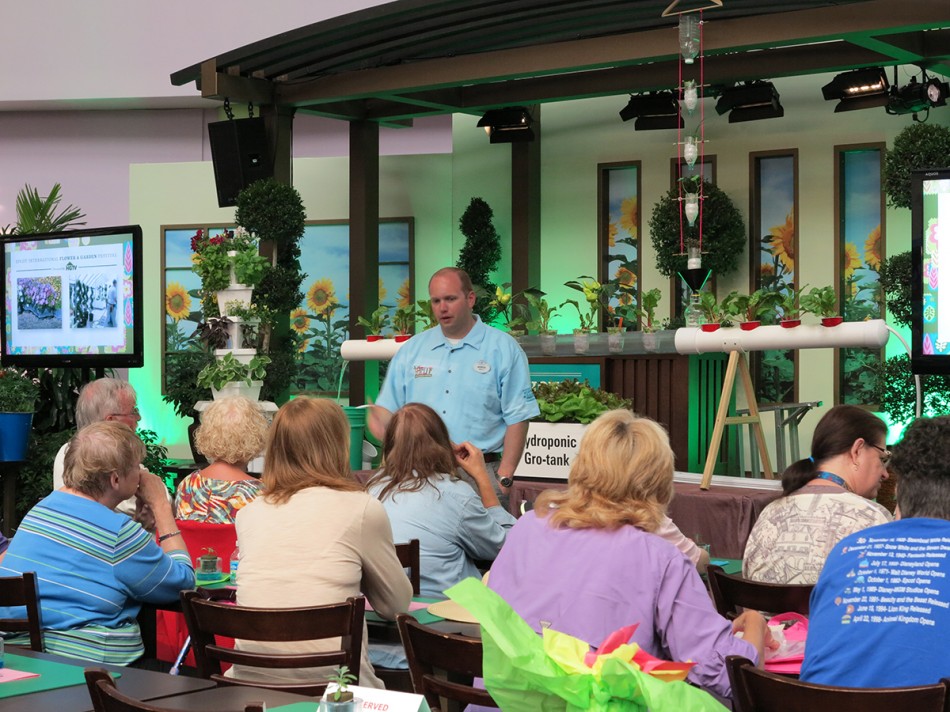 For more information about the 21st Epcot International Flower & Garden Festival, call 407/W-DISNEY (934-7639). As the festival nears, more details will be available at epcotinspring.com. The festival, including all gardening programs and exhibits, is included in regular Epcot admission.