2015 is Almost Here – Ringing in the New Year at Walt Disney World! 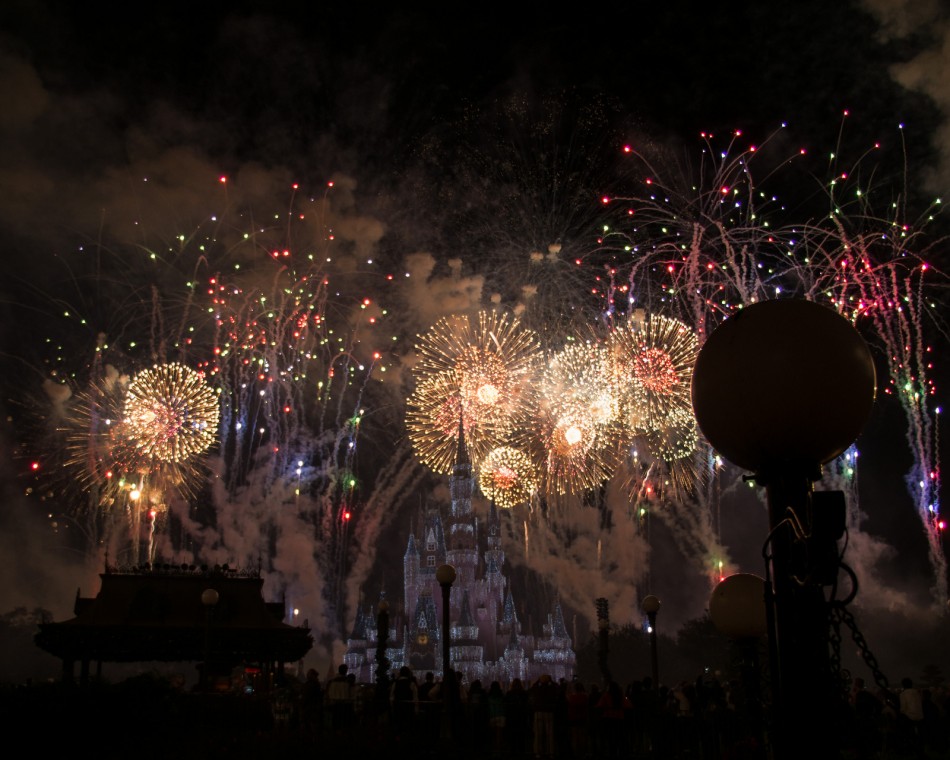 There is always a reason to celebrate at Walt Disney World Resort, and there’s no better way to ring in the New Year than with jaw-dropping fireworks shows, world-class entertainment, endless specialty drinks and fine dining options.

New Year’s Eve at the parks is different from any other day. In addition to special midnight fireworks, there will be live entertainment throughout the day and evening. Don’t expect to have the same park experience that you would have at a different time of year. All three parks will be crowded, more crowded than you can possibly imagine. The lines will be extremely long and there will be lines for everything – attractions, food, restrooms, etc. If you know this in advance and plan ahead it’ll make the challenges of the day less challenging. The most important thing is to go with the idea that you’re there to experience New Year’s Eve in Walt Disney World, not the park itself. Just go with the flow and have a great time. That said, there are some differences between the parks – but no matter which you pick, it’ll be a blast! 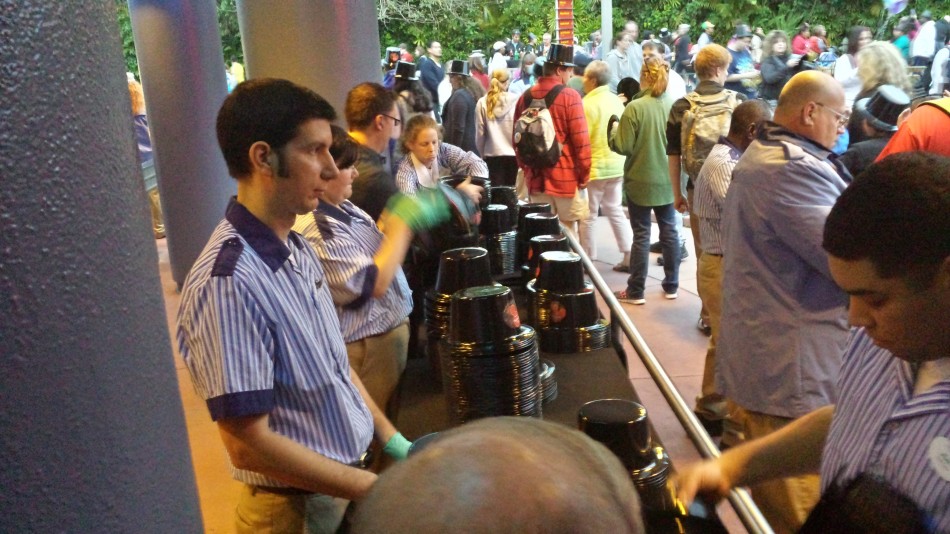 Epcot, Magic Kingdom and Hollywood Studios all have entertainment and dining celebrations planned for this year’s spectacular New Year’s Eve bash on December 31, 2014. Here’s a look at just some of the exciting plans, along with some tips to get the most out of your New Year’s Eve celebration at Walt Disney World.

Epcot has the distinction of being able to ring in the new year from 11 different countries! With DJs in several locations throughout World Showcase there’s plenty of entertainment to handle the crowds. The fireworks display at the end of the night will blow you away!

There are endless New Year’s Eve entertainment options at Epcot, allowing guests to party all night long. Dance under flame effects and a smoke-billowing dragon in China, revel in a British blast to the past in United Kingdom, jam to Euro-pop and admire lasers in Italy, groove to the beat of a Latin band and DJ on the America Gardens Stage, and enjoy unique entertainment including a DJ and light show at the Future World Fountain Stage. Two showings of “IllumiNations: Reflections of Earth” fireworks, at 6:00 p.m. and 11:40 p.m., followed by a countdown and pyrotechnic salute to the New Year will top off the celebration.

At Epcot World Showcase, There are plenty of options for lunch and dinner celebrations. Biergarten Restaurant in Germany is offering both lunch and dinner to guests; La Hacienda de San Angel in Mexico is offering dinner; Le Cellier Steakhouse in Canada has three seatings, and Monsieur Paul in France starts celebrating at 11:45 a.m. with seatings throughout the day and evening (reservations required). Tutto Gusto Wine Cellar in Italy and La Cava Del Tequila in Mexico are offering solid wine and drink lists and smaller plates for guests without a dining reservation.

Listen to background music from Disney classics and enjoy a delectable custom dinner buffet offered at Epcot World ShowPlace. From mashed potatoes with butter to chicken with lemon-caper sauce, there’s sure to be something on the menu to please all guests. During this special ticket event, called ‘Fantasia 2014,’ World ShowPlace is decorated in set pieces representing scenes and nostalgia from Disney’s classic feature films Fantasia and Fantasia 2000. Reservations are required and guests may call (407) WDW-DINE or visit WaltDisneyWorld.com/NewYearsEve for more information.

Magic Kingdom will undoubtedly be the most crowded of the three parks, but there is nothing like ringing in the new year on Main Street USA. Go early and plan to stay there all day because they will most surely be closing the park due to crowd levels at some point. Not to worry though, Disney keeps the crowds happy with lots of entertainment. The Christmas shows/parades will still be running then.

For guests with a sweet tooth, Tomorrowland Terrace will feature a New Year’s Eve fireworks dessert party nightly during the spectacular shows on December 30-31. For more information and for reservations, guests may call (407) WDW-DINE or visit WaltDisneyWorld/FireworksDessertParty. 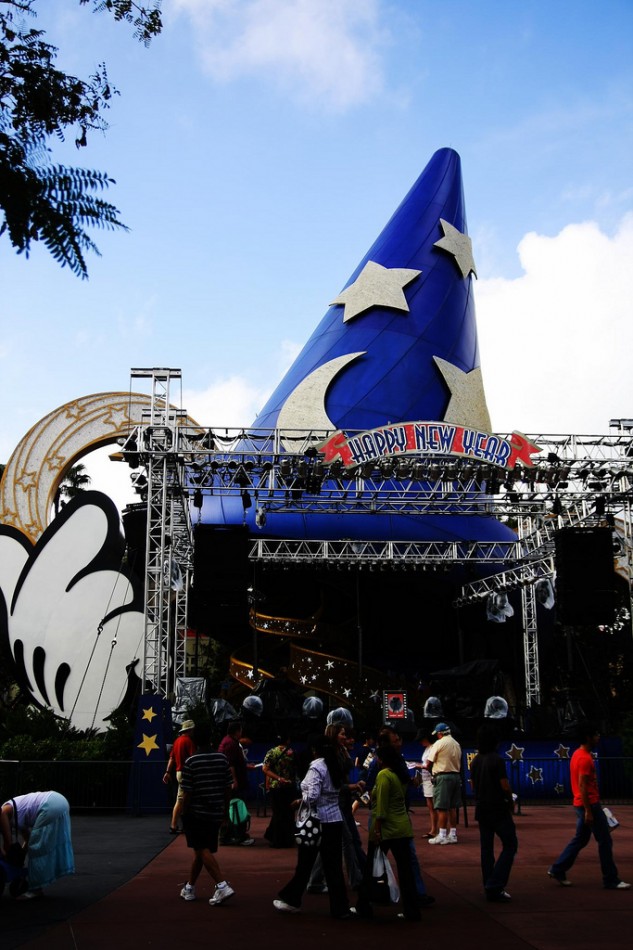 Throughout the night as New Year’s Eve comes alive, guests can groove to the beat an energetic DJ will provide and rock out to performances by Mulch, Sweat & Shears on the Event Stage. The band, which covers rock ’n’ roll hits from the past, rocks the stage regularly at Disney’s Hollywood Studios, but this year, as midnight approaches, Mulch, Sweat & Shears takes the stage to welcome the New Year as it plays live during a stunning fireworks spectacular.

There will be no shortage of fantastic food at this New Year’s Eve party. A special holiday dinner buffet will be hosted by Hollywood & Vine. With a menu offering everything from carved turkey breast, to lobster and shrimp macaroni and cheese, to salads and create-your-own pastas, even those with the pickiest of palates will find something to enjoy. 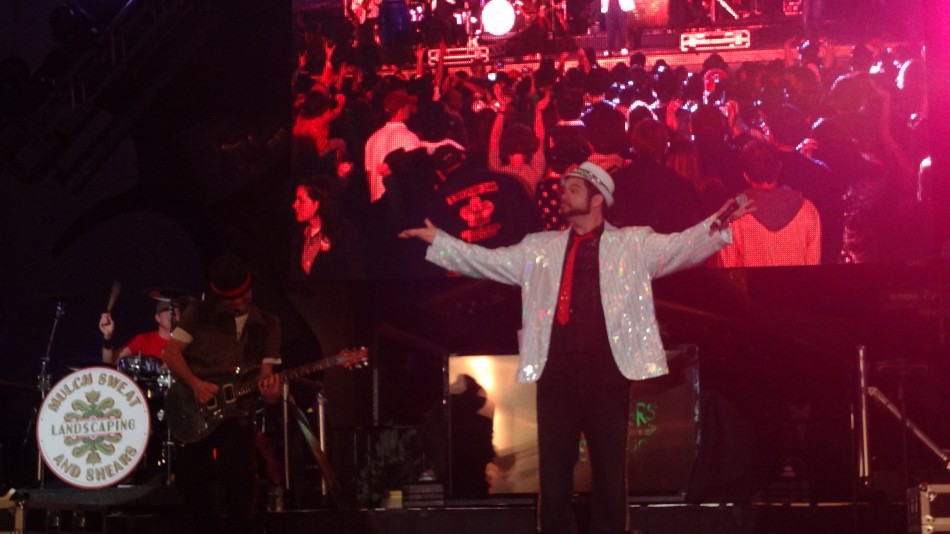 For information and reservations, guests can call 407/WDW-DINE.

Do you have something to add – a comment, or a maybe question to ask? We welcome you to join in on the conversation about this and other blog posts on our facebook page.