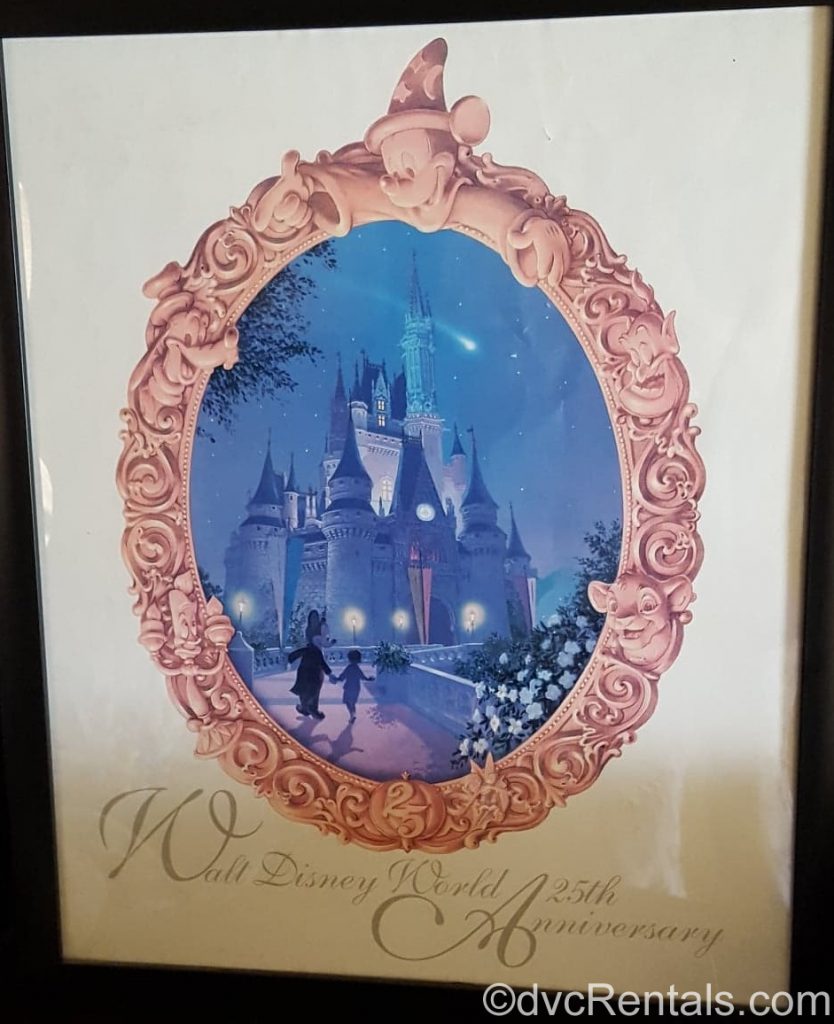 This blog will discuss not only special anniversary events that happened that year; it will also include some rides and attractions that are now long gone from Walt Disney World. 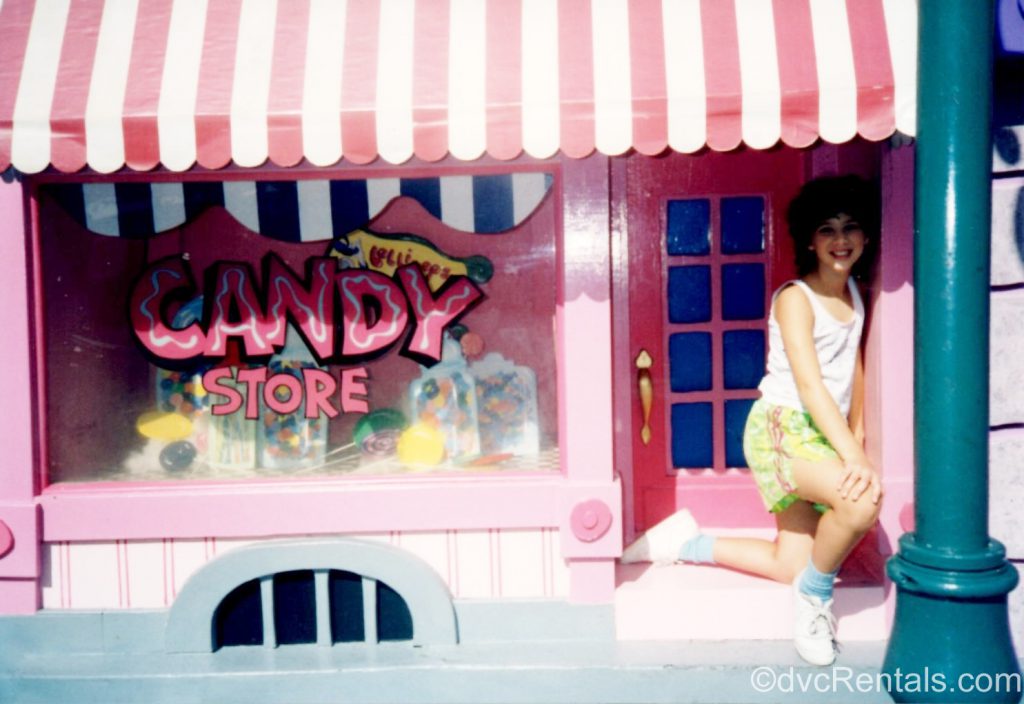 The Animal Kingdom had yet to come into existence, and a number of attractions from 1996 are either gone or very different. 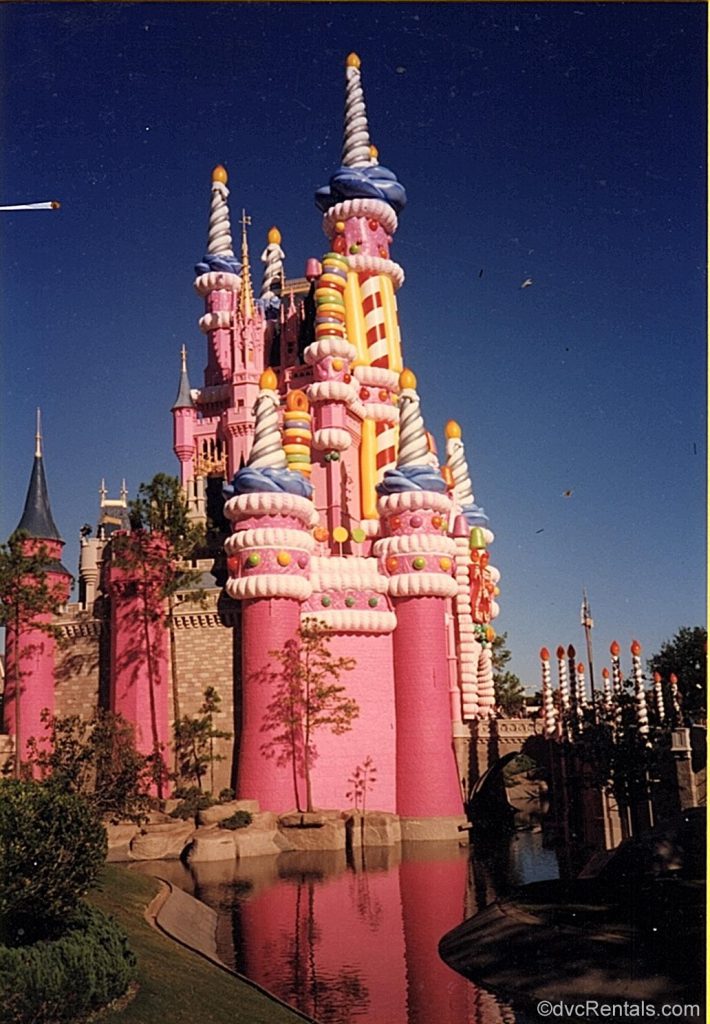 Some loved it, some hated it, but no one can argue it was unique and different. The entire castle had an overlay added that made it look like a gigantic pink birthday cake. There were 400 gallons of pink paint in three different shades. Additionally, the castle had inflatable icing, lollipops, gumballs, Life Savers, gumdrops, red candy hearts, and green candy stars. The turrets were overlaid with birthday candles. It was a sight to behold, but many guests visiting at the time were not happy that the beloved iconic castle they wanted pictures was covered by the “cake”. No one who saw it ever forgot it, that’s for sure! By the way, the front of the park, up where the Walt Disney Railroad station is, there were 25 huge birthday candles. Those did not create any sort of controversy, as they were an addition, not a major change (as they had done to the castle).

The celebration also included free “Guest of Honor” badges, new signage and banners in the parks, and a parade I will never forget called “Remember the Magic”. The parade consisted of 6 enormous floats, all decorated beautifully and full of different Disney characters. One float had traditional characters such as Mickey, Minnie, Donald, and Pluto. The other five showcased the Lion King, Aladdin, Beauty, and the Beast, Little Mermaid, and the final one, “Enchanted Forest”—was a huge beautiful float with many well-known characters, such as Pooh, Mary Poppins, Pocahontas, and Snow White. The floats had dancers and singers surrounding them as they made their way along the parade route. In total there were over 100 characters and performers in this parade. The song was written for the parade, fittingly entitled “Remember the Magic” was played and sung repeatedly. It is still stuck in my head all these years later. 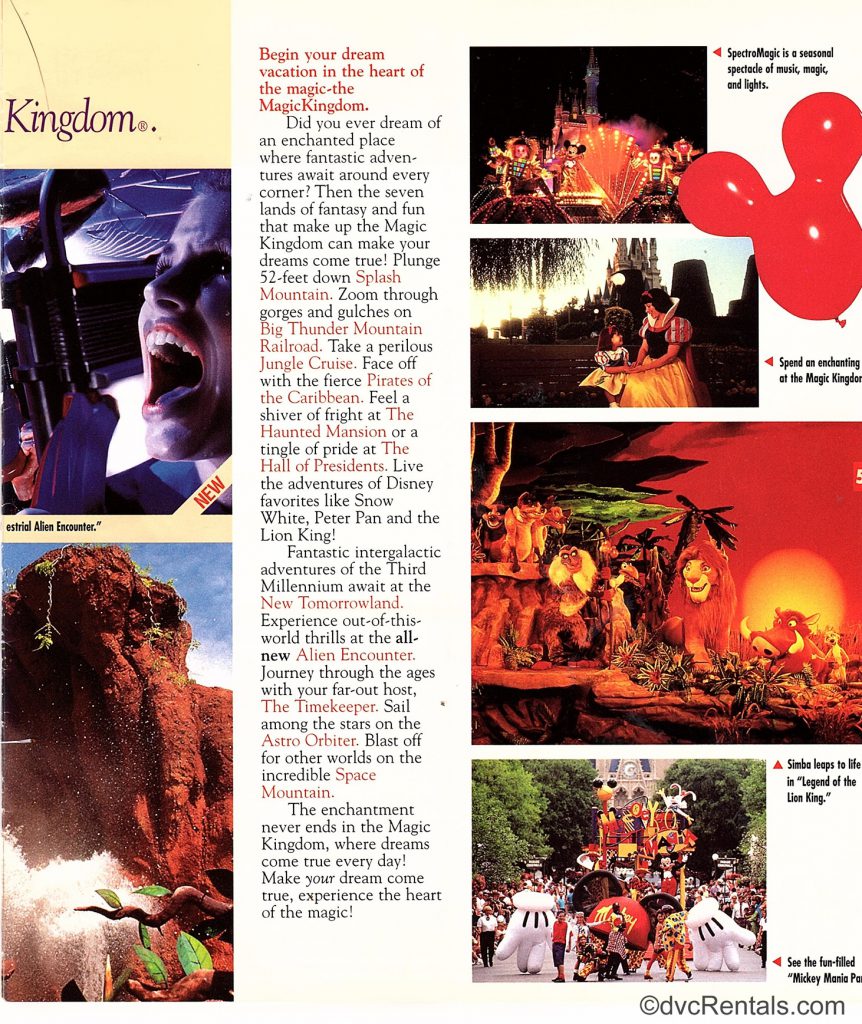 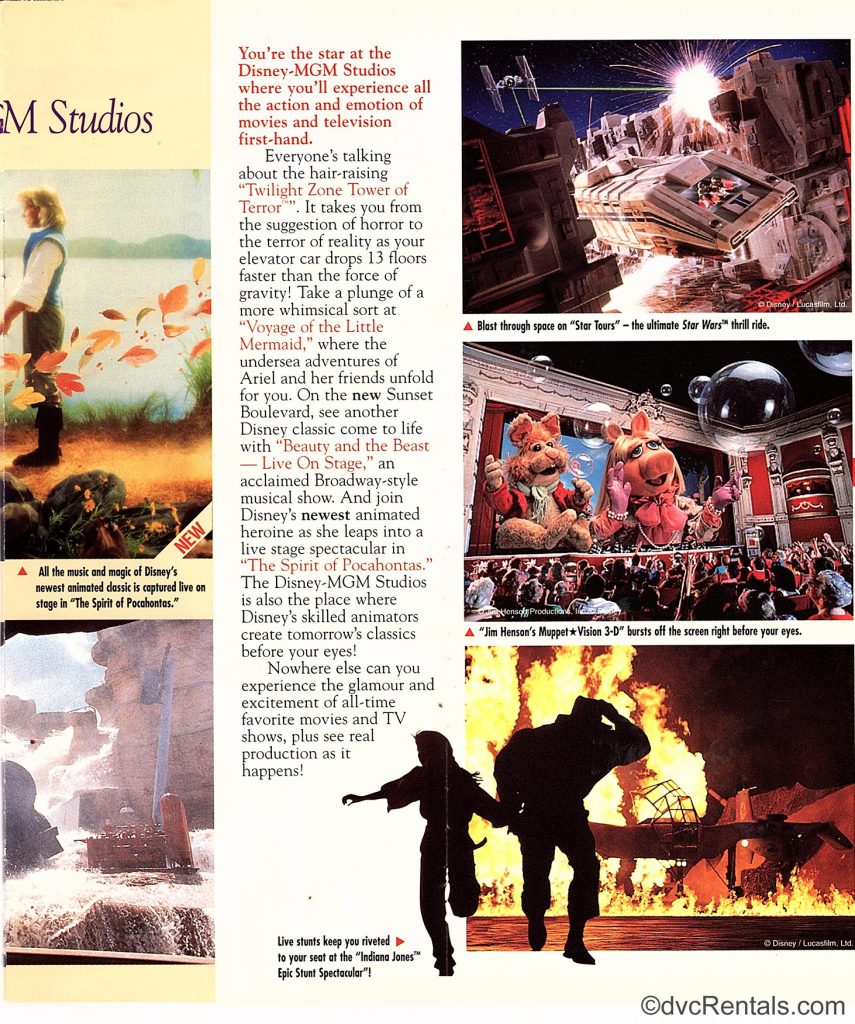 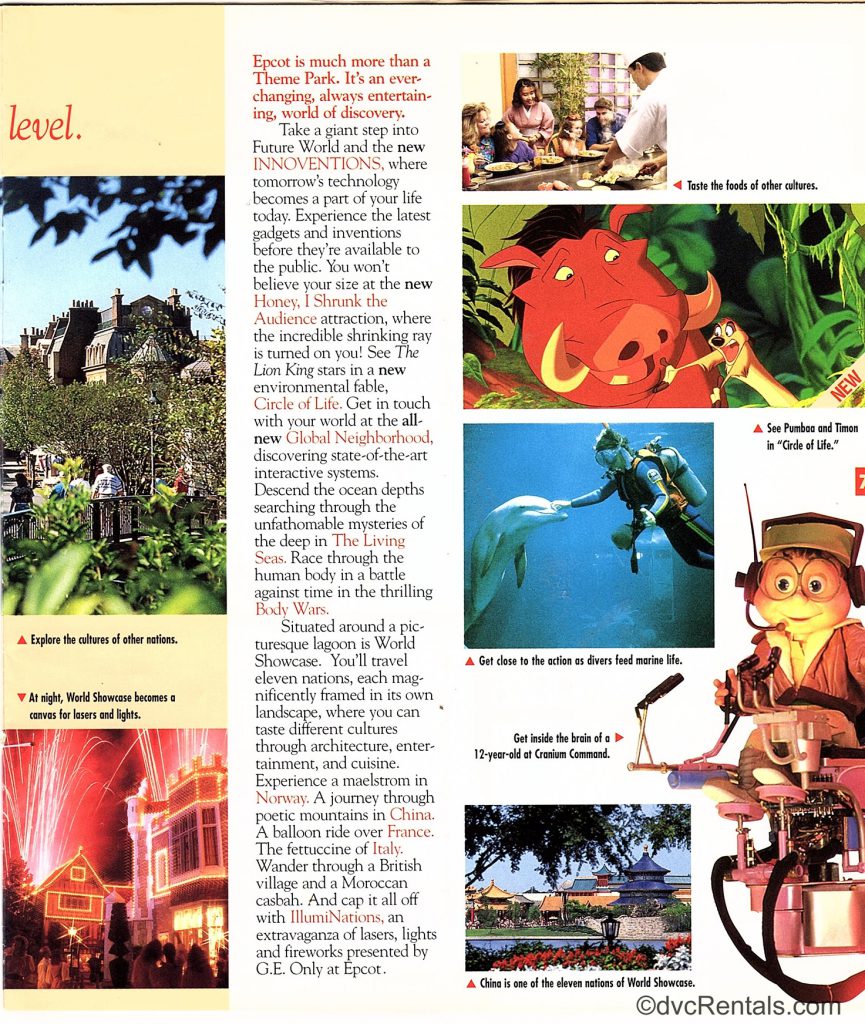 What else was different in 1996? There were no Magic bands; guests used paper tickets. 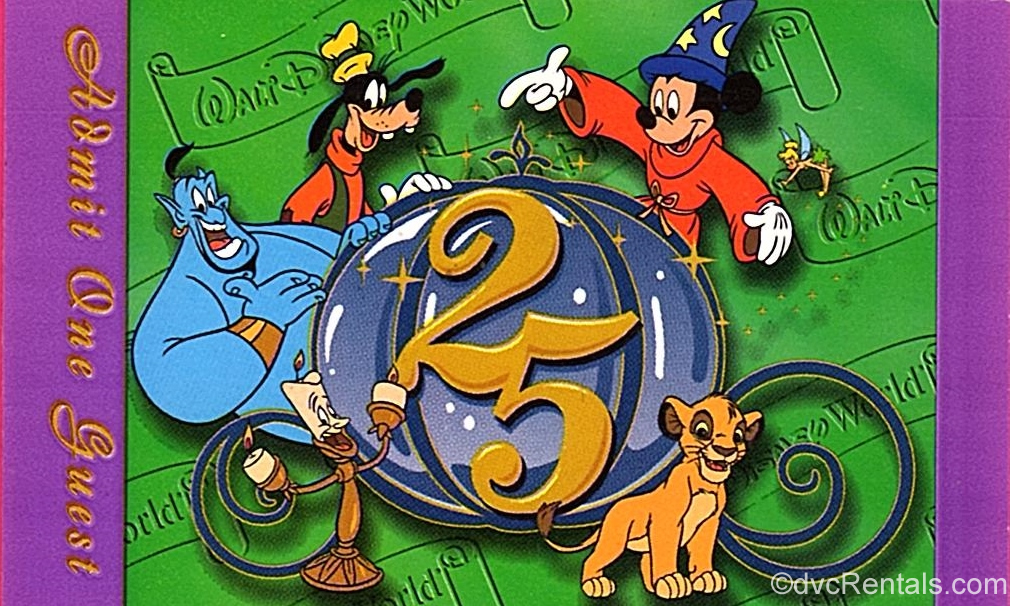 There were no Fast Passes; standby was the only choice. But there WAS Discovery Island, a place to stroll around, look at and learn about live animals. This was closed in 1999, with some of the animals transported to the Animal Kingdom, which had opened in 1998. There was also River Country (near Fort Wilderness), a “low-tech” water park based on the “old swimming hole” theme, where guests could, among other things, swing off ropes and drop into the water. River Country was permanently closed in 2001.

For DVC members, 1996 was a special year. Up until then, the only DVC Resort at Walt Disney World was Old Key West (which was actually called The DVC Resort up until then). In 1996 the name changed to Old Key West, as another DVC resort at WDW opened, Disney’s Boardwalk Villas. It’s funny now to read that at the time Disney was unsure guests would be interested in joining a Time Share at Walt Disney World. As we all know, that is certainly no longer a concern! 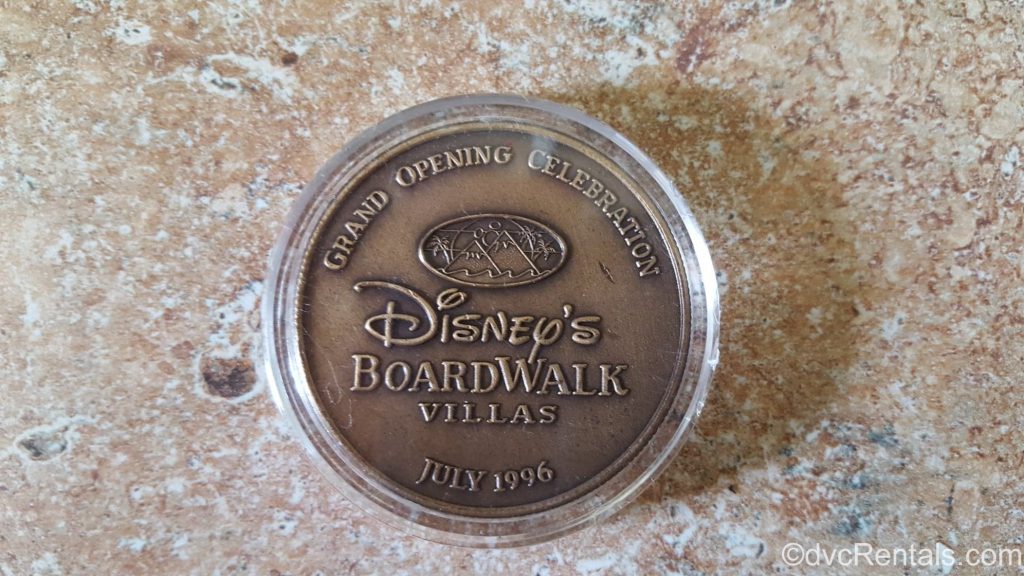 For those guests who only know Philharmagic, which opened in the Magic Kingdom in 2003, you may not be aware that it replaced The Legend of the Lion King, a very cute show that used large puppets to tell the story. That was what you would have seen in the Philharmagic spot in 1996, although other shows preceded the Lion King in earlier years. There was also no “Disney Springs”, in 1996 it was known as Disney Village Marketplace. The World of Disney Store made its debut here in ’96.

Many attractions have changed, but the one I miss most is the Wonders of Life Building in Epcot. There were three attractions (Cranium Command; The Making of Me; Body Wars) and a lot of interesting additional things to see and do, including a very funny comedy troupe. The building was sponsored by Met life, and the building closed not long after Met Life decided they no longer wanted to be a sponsor. 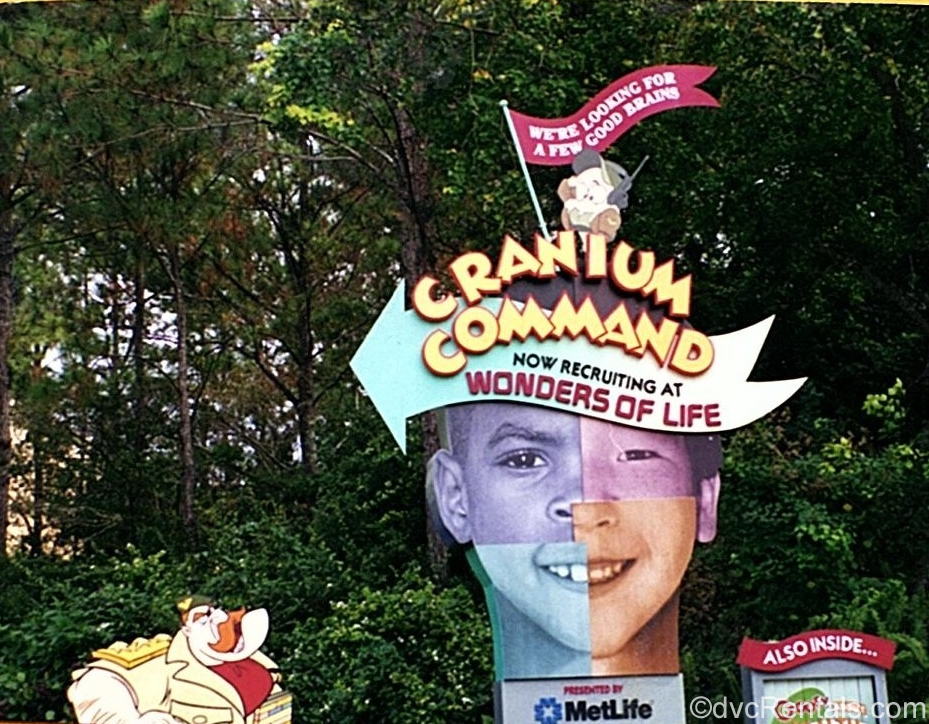 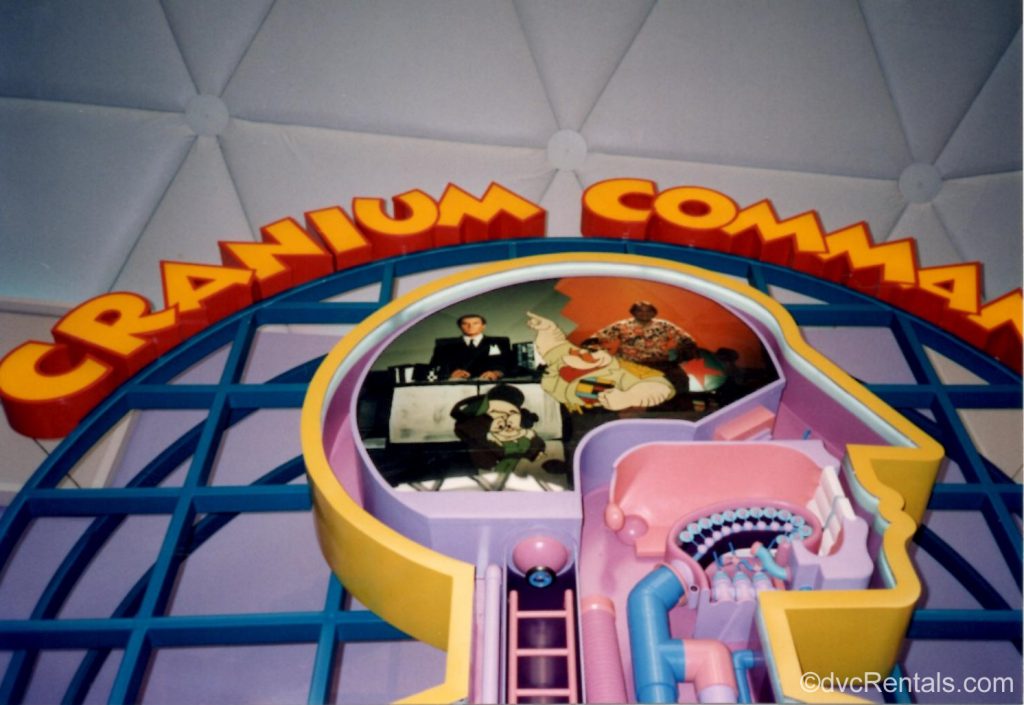 Speaking of Epcot, back in 1996 the original Figment ride was still running; that version is sorely missed by many guests. 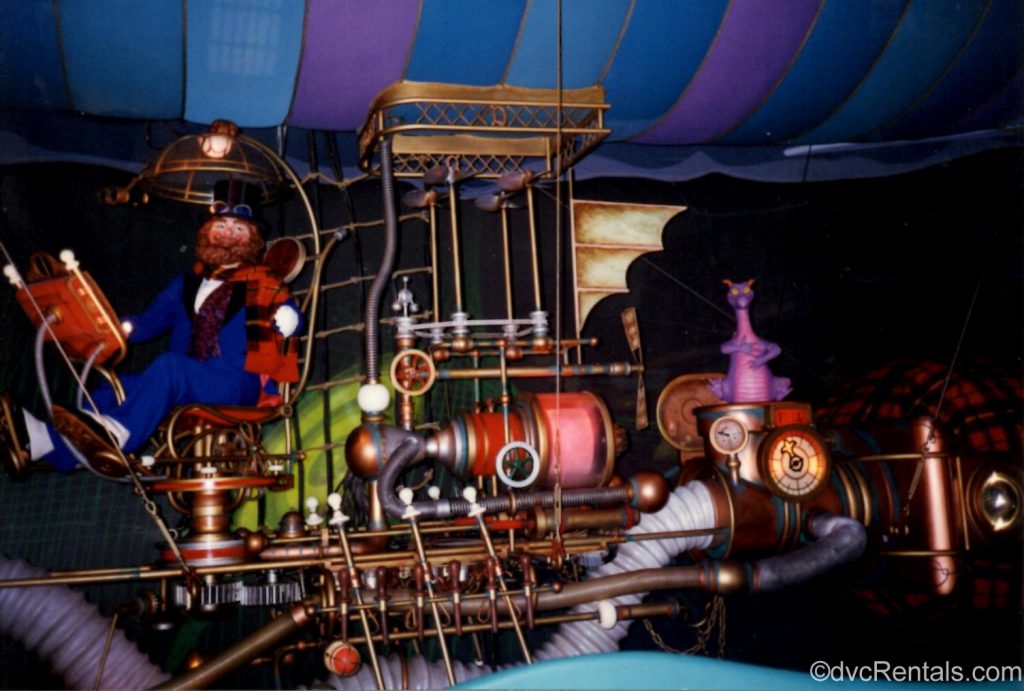 SpectroMagic parade in the Magic Kingdom was running in 1996, replacing the Main Street Electrical parade. 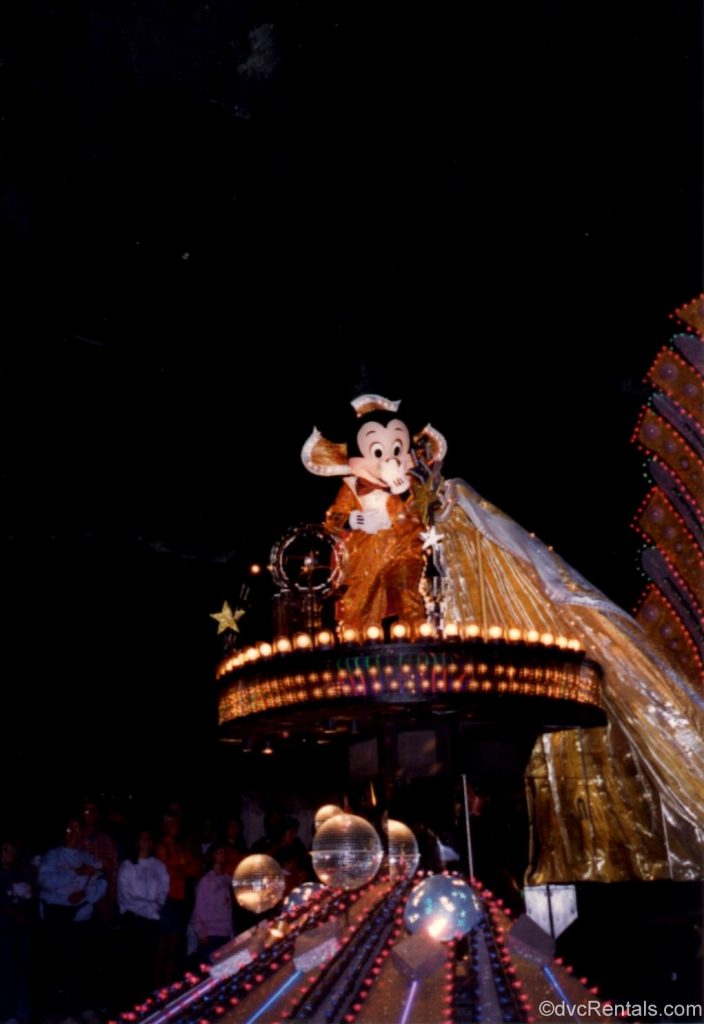 A personal favorite of mine, SpectroMagic was introduced in 1991. Hosted by Jiminy Cricket, this was a 20 minute nighttime parade that featured floats with scenes from movies such as The Little Mermaid, Fantasia, Sleeping Beauty, Pinocchio, Peter Pan as well as other floats with many well-known characters. The parade had over 35 floats and more than 45 Disney Characters. It was also known for the “SpectroMen,” clown-like characters who rode giant lighted balls, spinning as they traveled the parade route. The music was awesome; it had a Waltz tempo and beautiful lyrics. 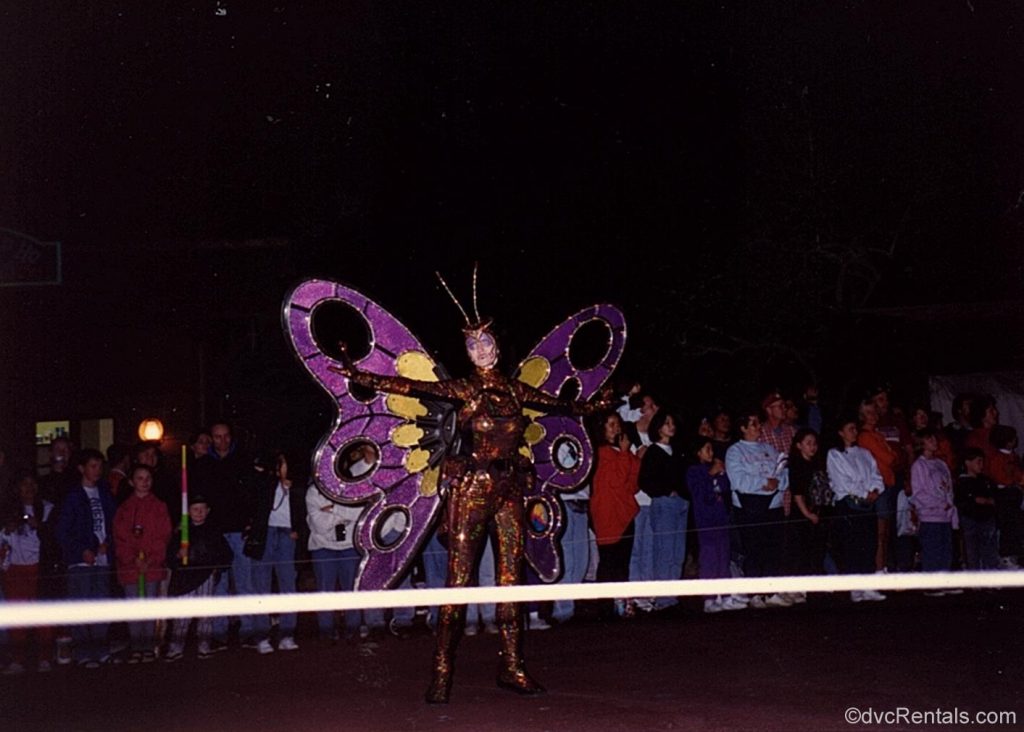 As you can imagine, prices have changed dramatically since 1996. A one day pass was only $38.50, annual passes were $220, and premium annual passes were $319, but went up to $329 in October. Costs of staying at a Walt Disney World Resort have changed in a similar fashion. Packages were encouraged, with one example being a “Classic Package”. This included on-site accommodations; unlimited admission to the Magic Kingdom, Epcot, Disney-MGM (now Hollywood Studios), Typhoon Lagoon, Blizzard Beach, River Country, Discovery Island and Pleasure Island (now defunct, this was an area of clubs and shopping near the Marketplace, currently called Disney Springs); Hourly use of selected recreational activities at your resort; Choice of one of the following: 30 minutes use of watercraft, Planet Hollywood T-shirt, Casual lunch or dinner, Character Breakfast, Photo Session with Mickey, Epcot tour, 9 holes of golf, or a copy of Birnbaum’s Guide to Walt Disney World. Remember, this includes unlimited park visits. The cost was $287 for adults and $181 for kids for a 3 night stay.

A few more noteworthy things from 1996:

There is a lot of information coming out regarding the 50th Anniversary Walt Disney World. Major changes are in the works for just about everywhere on property, including new attractions, new resorts, new entertainment, and more. I am very excited to see everything, and I am looking forward to writing a blog about the 50th anniversary celebration in less than two years! 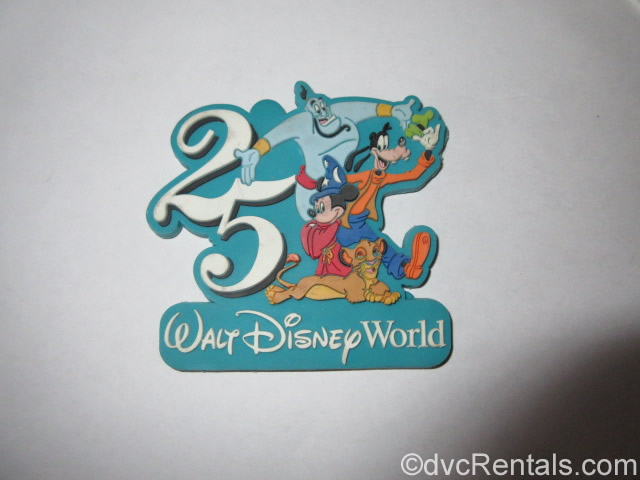